A GRIP ON SPORTS • Someday, maybe, every local and regional sporting event on television – or a different form of delivery system for live sports – will have significance at the same time. Someday.

• That day isn’t today. Or Saturday or Sunday. For a lot of different reasons. 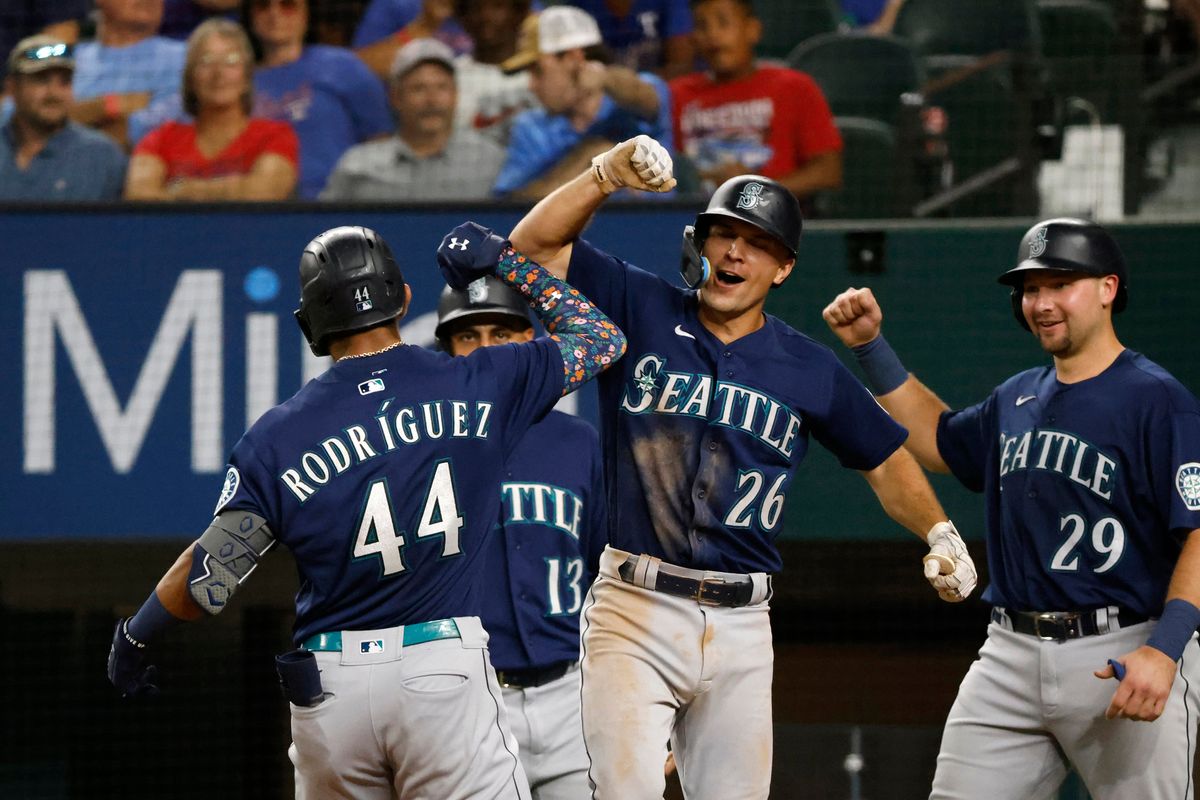 As we delve into this weekend’s schedule of televised events, we see some crucial ones. And some only-sports-crazed-folks-really-care ones as well.

In the former category is the Mariners’ three-game series in Texas. There is a high probability every game the M’s play the rest of the season will have significance. And not just because Major League Baseball has expanded the playoffs to such a degree it’s hard not to play a significant game.

This Seattle team is good. Not great mind you, but good with the potential, if everyone stays healthy and begins clicking on all cylinders together, to be a championship darkhorse – think Colorado, circa 2007. If you are wondering, all three games this weekend are on Root.

But for every reaction like that, there is an equal and opposite reaction. It’s just physics, and the physics of sports. The M’s have started to put it together as a franchise just as the Seahawks begin the process of their post-Russell Wilson rebuild. In other words, even if Saturday’s game in Pittsburgh were not an exhibition one – the NFL prefers “preseason game” but who really cares what the league thinks? – the Hawks’ 4 p.m. contest (on the NFL Network) wouldn’t be can’t-miss TV anyway. 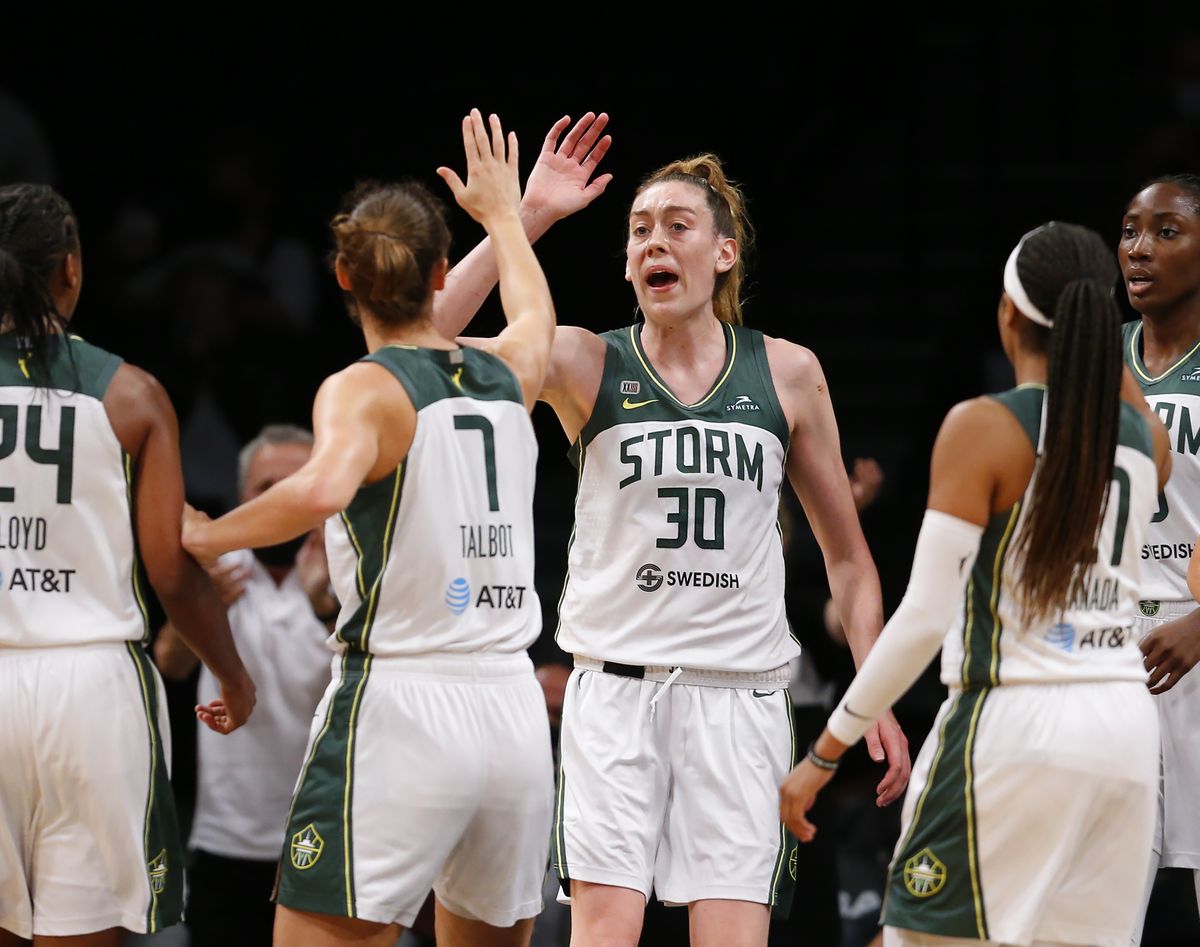 We don’t know yet how good Washington State or Washington are going to be, but it doesn’t matter this week. Or next. Or the next. But they’ll be back on the football field come September and we can all pencil in wasting our Saturdays in front of the flat screen.

We do, however, know the Storm is a championship contender. Seattle’s ultra-successful WNBA franchise proved that again earlier this week with an 11-point win over the Chicago Sky, the league’s best team. And Seattle has an opportunity to clinch home court in the playoff’s first round with a win tonight (NBA TV) in Minnesota.

Other than those highlights, it is your typical mid-summer weekend, with baseball available pretty much all day and golf just as plentiful. The PGA Tour has started its Fed-Ex Cup playoffs in Memphis, with the drives and approach shots being overshadowed a bit by the conflict with the players en route to the LIV Tour.

If amateur golf is your thing, the Northwest takes its star turn this weekend with the U.S. Women’s Amateur at Chambers Bay. The Golf Channel has the latter through Sunday.

• Baseball is a cutthroat business with all the ups and downs available to watch on your TV. But enough about Little League. Just kidding – sort of.

Anyway, Luis Torrens is MLB’s latest poster boy. The M’s backup catcher has struggled at the plate this season and behind it throughout his career. And yet he was the hero just a couple days ago, coming through with a game-winning, 13th-inning base hit to lift Seattle in the masterpiece that was Tuesday’s 1-0 decision vs. New York.

That’s the way it is. Players become healthy, roster spots are needed and guys like Torrens are expendable. To make room for newly acquired catcher Curt Casali, Seattle designated Torrens for assignment, meaning he’s available on waivers for any team. If he’s claimed, the M’s lose him. If he isn’t, they can offer Torrens a minor league spot. Or he can become a free agent.

No matter what, he still should have a job. It just won’t be in Seattle. 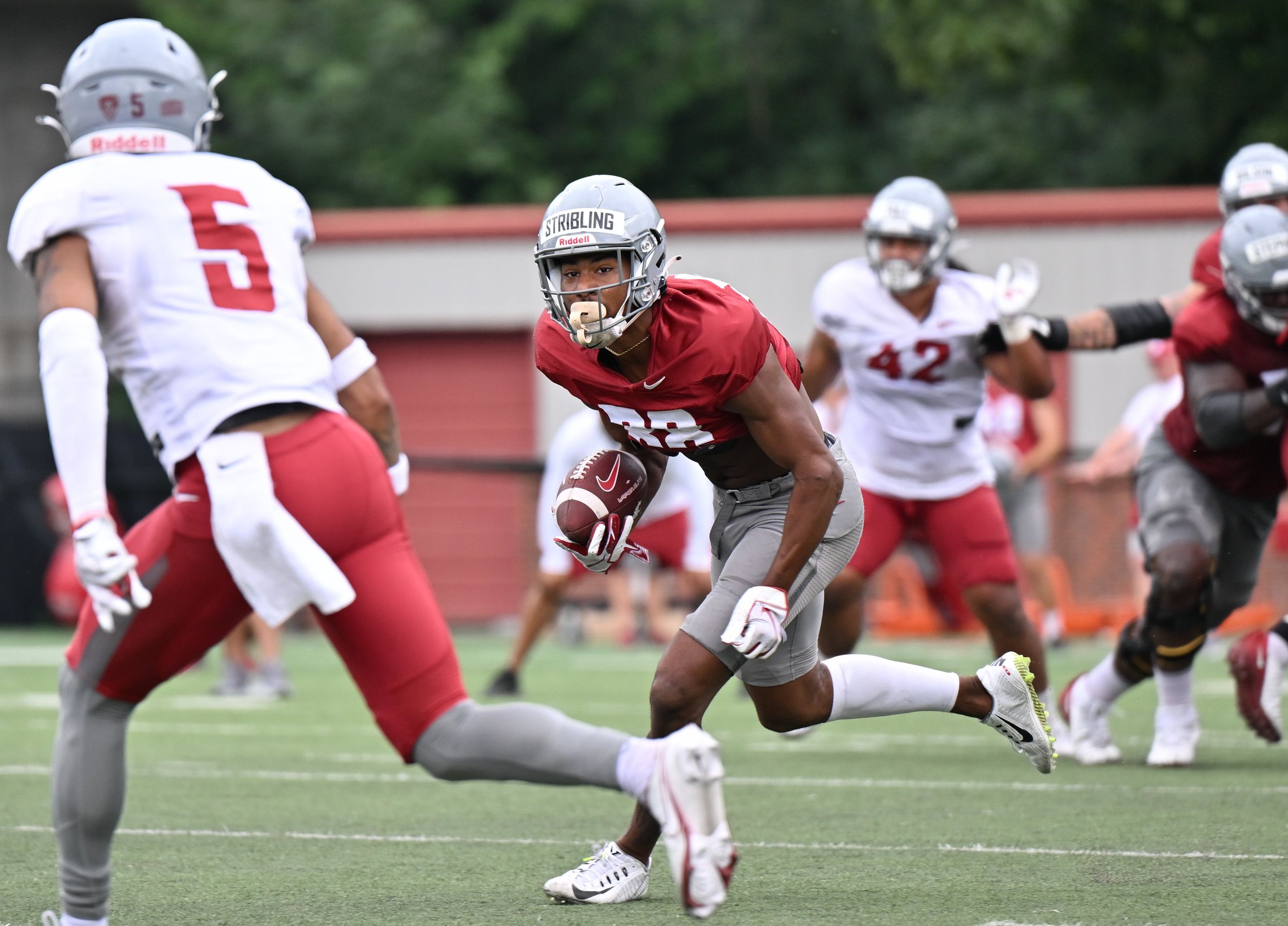 WSU: Sure, the Cougars’ latest version of the Air Raid will not be a purely passing offense, circa the Mike Leach era. But Washington State will still rely on quarterback Cameron Ward’s arm, a large group of wideouts’ hands and the rest of the passing game to be successful. That truism was highlighted at Thursday’s practice, with Colton Clark in Pullman to document what happened. … Former WSU defensive lineman Daniel Ekuale is still learning his trade in the NFL. … Elsewhere in the Pac-12 and college football, the Pac-12 Networks cost the conference schools millions of dollars in the past decade. Who would have thought? Oh, ya, everyone except Larry Scott. … There is another big change coming to the conference, one that could have ramifications down the road. Oregon president Michael Schill is headed to Northwestern. Huh. Another voice in the Big Ten familiar with a key Pac-12-member school. … Richard Newton must tone down his physical nature if he wants to stay healthy and in the Washington lineup. … Oregon doesn’t have everyone healthy. … Oregon State’s defense is trying to play with more aggression. … Patience paid off for this Colorado player. … Tanner McKee is older, married and the starting quarterback for Stanford. … One-on-one battles in the passing game are always beneficial for both sides of the ball. … Travis Dye is able to finish his college career at his dream school, USC. … What is the dream destination for Arizona State and Arizona? … In basketball news, an Inland Northwest-produced freshman is standing out at Oregon State. … Former Central Valley High and Stanford standout Lexie Hull learned a lot in her first WNBA season.

Gonzaga: It shouldn’t surprise us anymore when every great player in high school hoops lists the Zags in their top 10 or five or whatever. A highly sought-after 2024 guard, Jamari Phillips, has included GU in his wish list. Theo Lawson has more in this story. 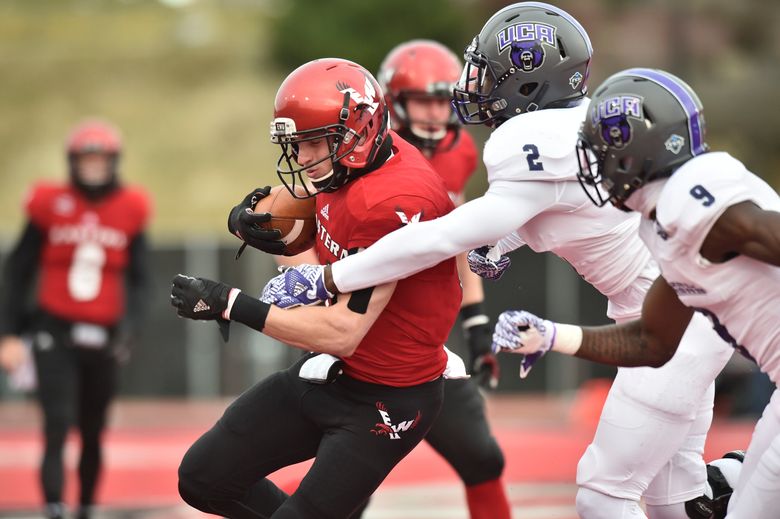 EWU: Cooper Kupp has many things that set him apart from other NFL receivers. Here is another one that was evident even when he was in Cheney. … Around the Big Sky, Portland State loves where it is at this season. … Montana State loves its running backs. … Northern Colorado has one player everyone seems to love. … Weber State’s new offensive coordinator loves where the Wildcats are at. … A receiver loves being back in Northern Arizona’s lineup. … In basketball news, Idaho State is building team love on a trip to Panama. 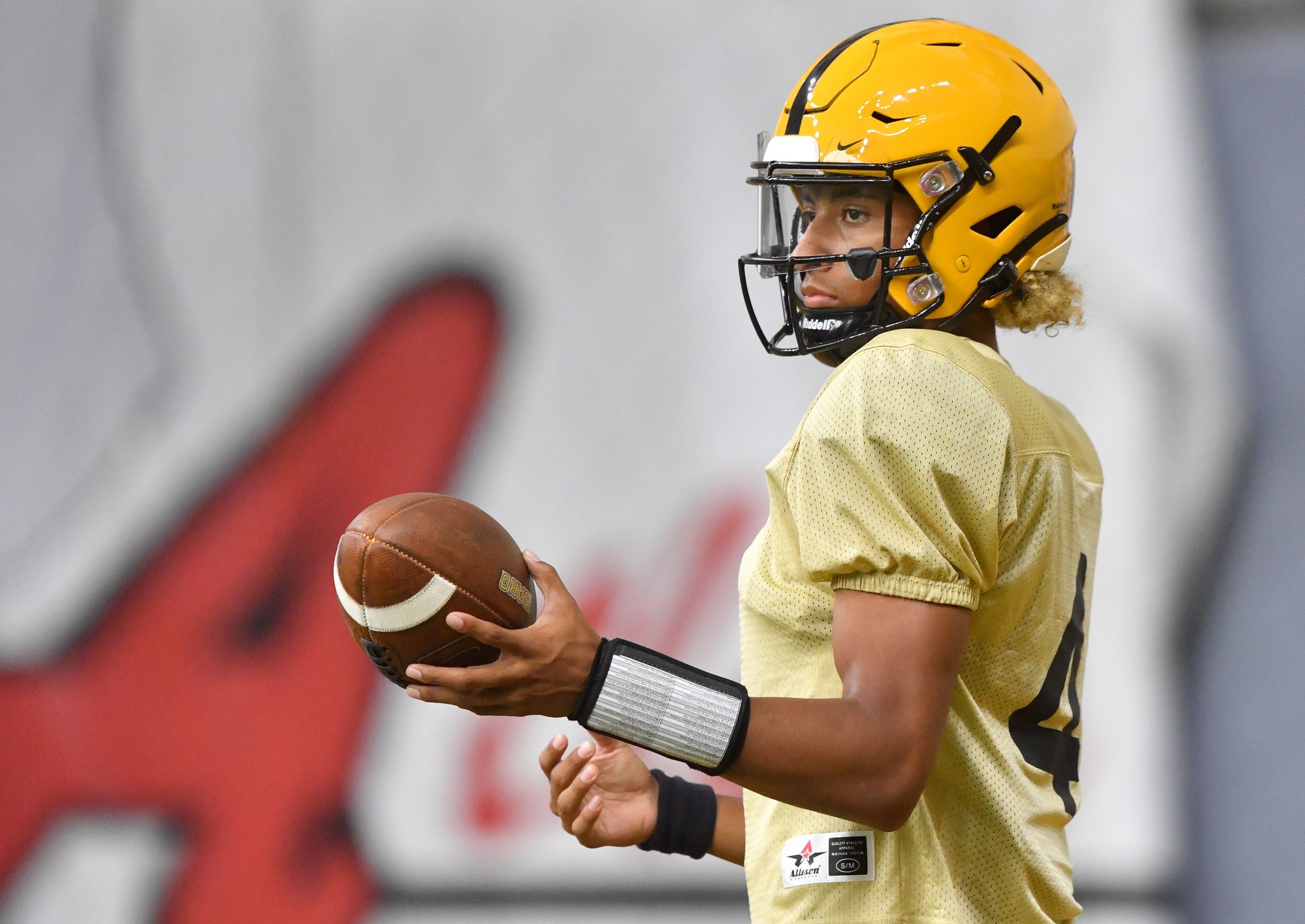 Idaho: The Vandals got after the quarterback, no matter who that was, during their scrimmage Thursday in Moscow. Peter Harriman has this coverage of the competition.

Indians: Just as the season begins to wind down, Spokane seems to be winding up. The Indians won for the third consecutive time in Hillsboro, as they try to make a push for the postseason. Dave Nichols has this game story.

Mariners: No game yesterday but the M’s still won in a sense. Julio Rodriguez was activated from the injured list and Jarred Kelenic was optioned to Tacoma. … Andres Munoz may throw the ball more than 100 miles per hour. But it is his command of his slider, a combination breaking ball and changeup, that makes him so effective. 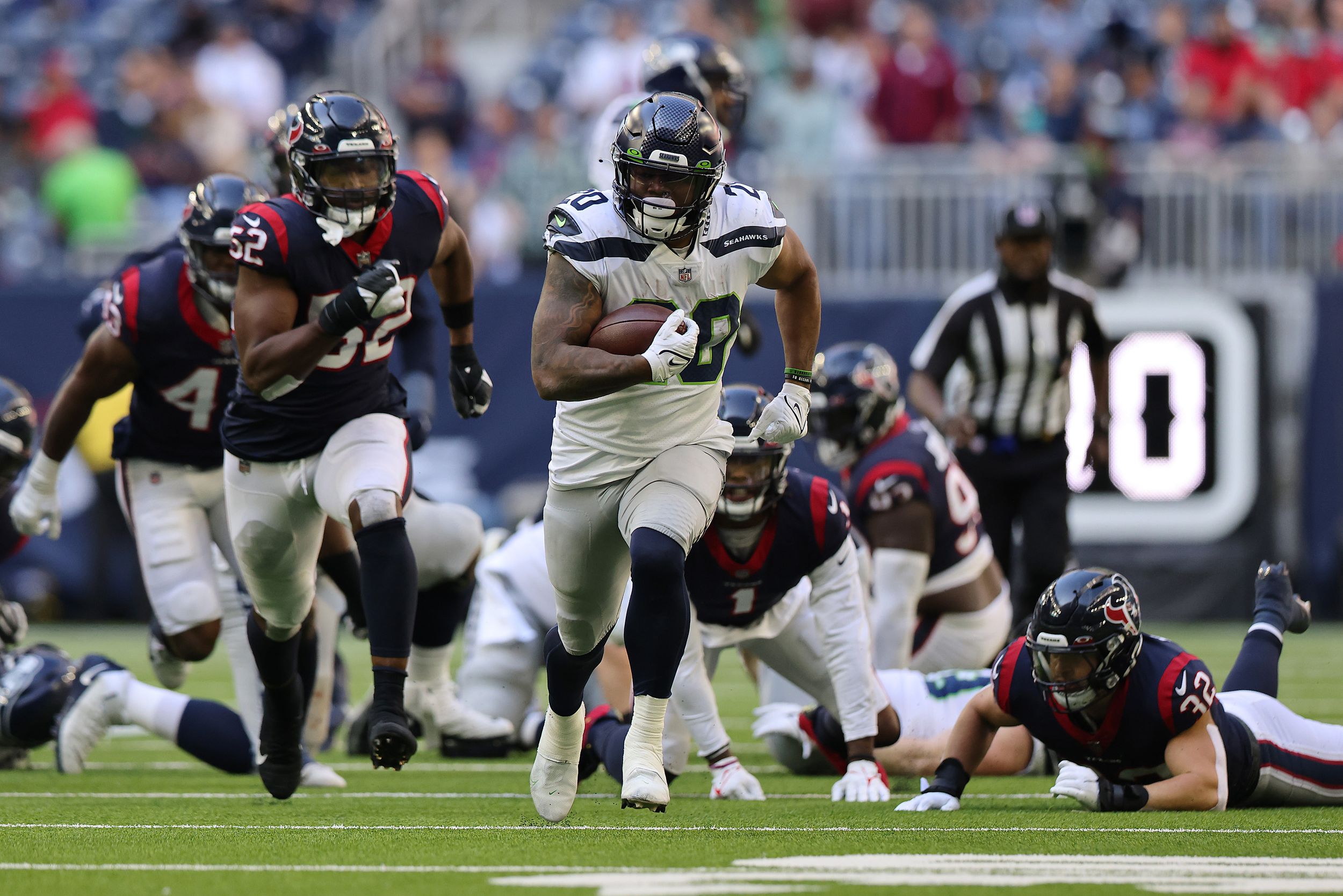 Seahawks: Preseason NFL games aren’t all that important to the returning players. It makes sense to sit anyone with a nick or bruise. However, they are crucial to the newest draft picks like Kenny Walker. … As it always seems to happen, Spokane has a connection with one of the more interesting stories of the year. We know Russell Wilson will start for the Broncos. But who will back him up? Could it be former Shadle Park High star Brett Rypien? Yes, it could. … Speaking of backups, that’s Jacob Eason’s role with the Hawks. The starting quarterback battle is between Geno Smith and Drew Luck.

Sounders: It doesn’t seem as if Seattle, which basically sat out the latest transfer window, has enough to contend for another MLS title. The Sounders’ general manager, however, doesn’t agree with that assessment.

• Another Friday? Nothing wrong with that. Until later …