A GRIP ON SPORTS • We are pretty sure we had ringworm as a kid. It wasn’t an unusual infection to pick up while running around the world barefoot way back when. But – now we could be wrong here and there is no one still alive with which to check – we don’t believe good ol’ Doc Peterson treated it with an anabolic steroid. Then again, in the ancient times only cows and the occasional body builder were given steroids.

• Pity poor Fernando Tatis Jr. Ringworm causes a pretty ugly rash. A painful one. But there is one thing you don’t want to do to cure it. Use an over-the-counter medication that contains a steroid. 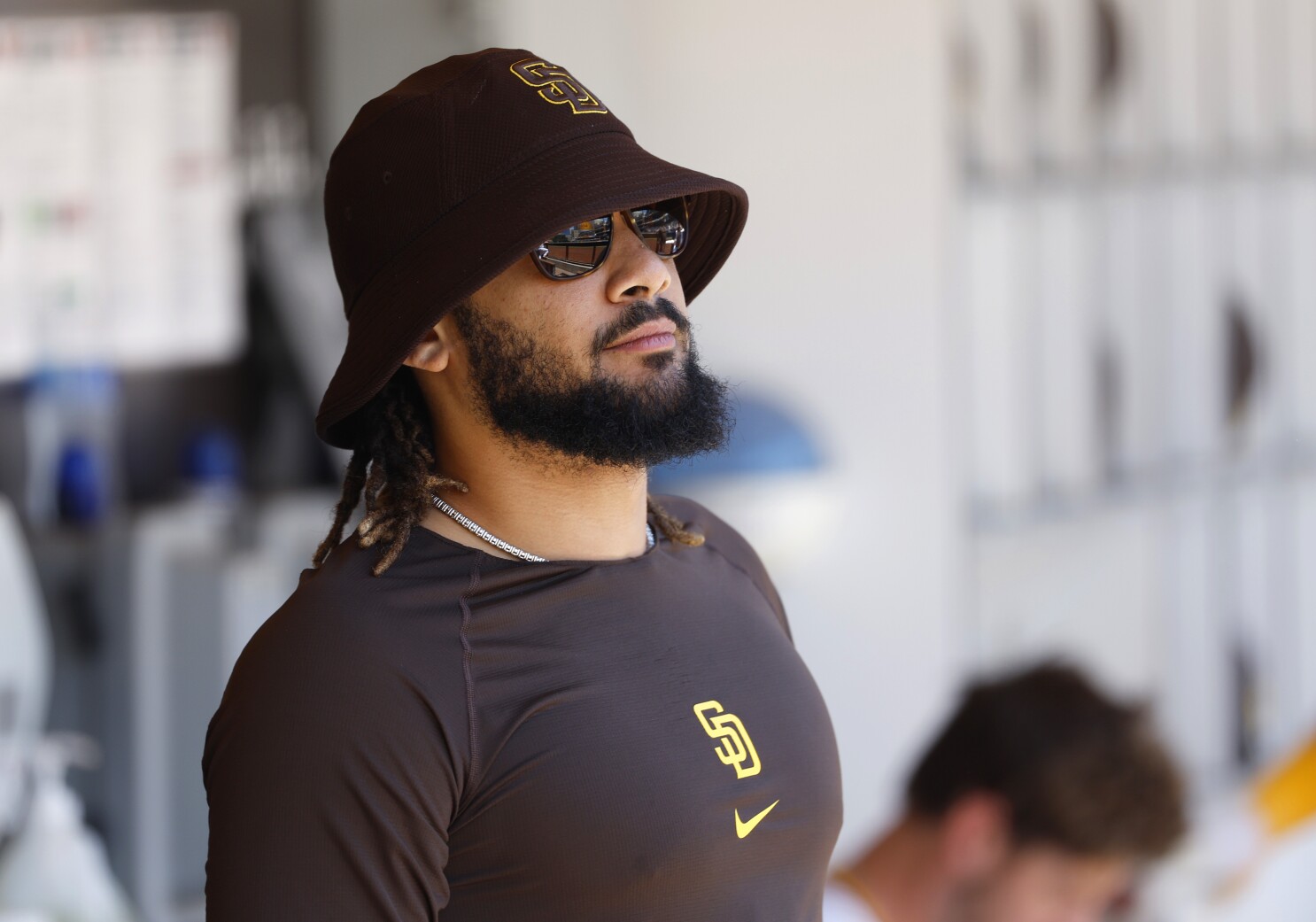 In his case, for a couple reasons. The first, and most obvious one, is such creams don’t work. Can actually make ringworm worse. Sort of like how dropping a nuclear bomb on the alien entity in those old sci-fi movies would cause the beast to grow. Anyone with access to Google can discover that advice in less than a minute.

But there is another reason someone in Tatis’ line of work wouldn’t want to use a steroid cream on their rash. It will get you banned from your job for 80 days. More if it is your second offense.

In Tatis’ case, it also may sink the good ship Padre before it even has a chance to set sail in the National League playoff race.

It always amazes us when a player in any sport gets caught using a performance enhancing drug and immediately goes to the “it-was-an-accident” line of defense. Sure, in this case, the steroid found in Tatis’ system, Clostebol, sounds a lot like Clobetasol, an over-the-counter skin cream. Maybe he thought people would confuse them and give him a pass.

Neither is high enough to suspend disbelief.

Tatis’ season-altering injury – caused by an incident with a motorbike – kept him away from the team for the first two-thirds of this year. Now this will finish 2022 for him. And, after the Padres mortgaged their future to bring in Juan Soto, put a dent in their first chance at a title with one of the highest payrolls – and one of the best young rosters – in the league.

It will also put in question all of Tatis’ previous accomplishments – steroid assisted? – and hurts his chance of earning what seemed to be an inevitable Hall of Fame spot. All because he didn’t read the contents of a skin cream?

We’re not buying it. 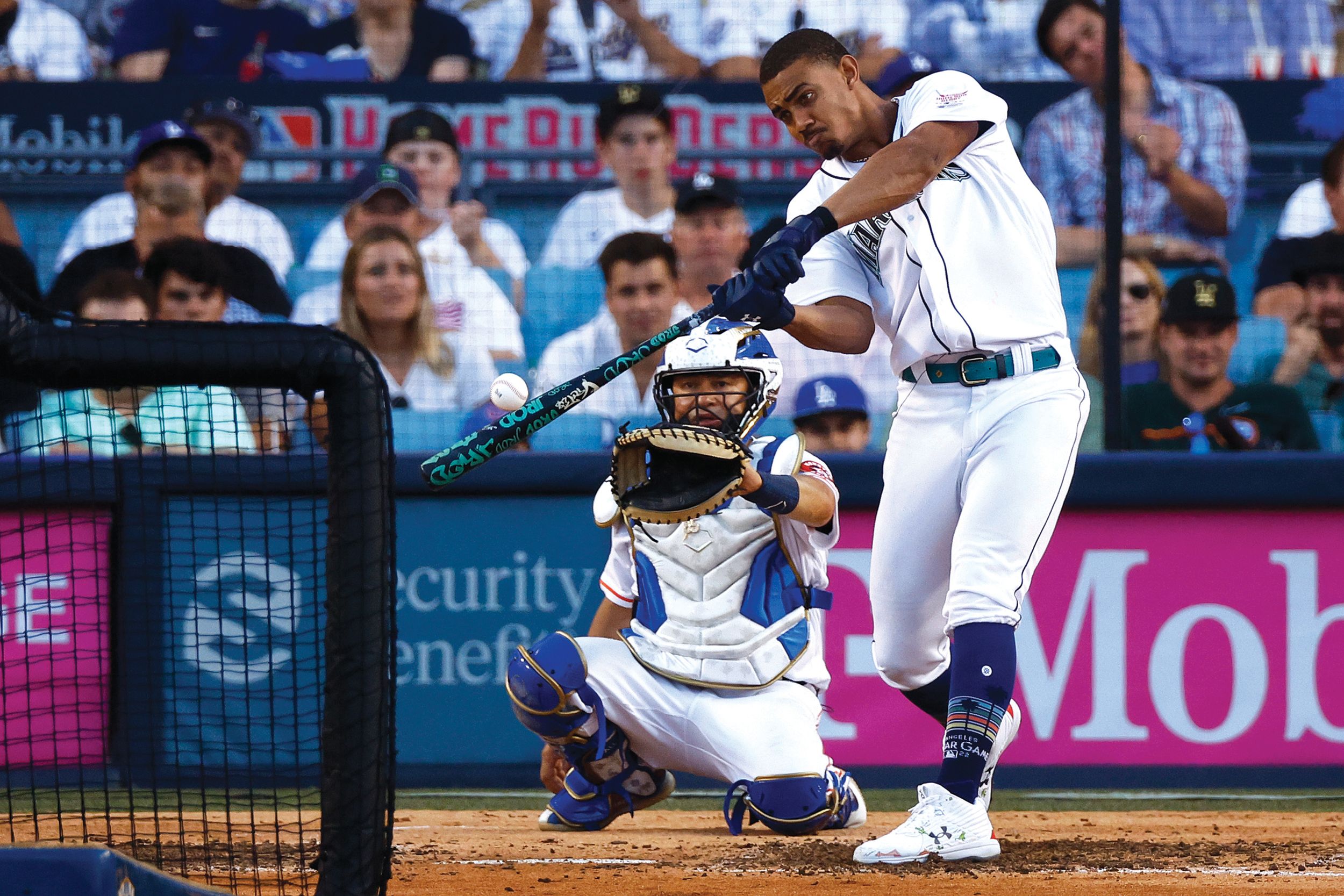 • We are buying the M’s, though. Bought them for more than three hours last night. We were somewhat glued to our TV during their workmanlike 6-2 win at Texas. Only the urge to eat some ice cream got us up. But after we trudged up the stairs to the refrigerator, we ate in front of the television as part our never-ending quest to mirror Diego Castillo’s build.

When we were done watching (and eating), we went to bed knowing Seattle had ascended to the top spot in the American League wild-card race. Now Toronto and Minnesota and Tampa are all chasing the M’s.

With the lineup back to what was envisioned in April (other than Kyle Lewis in the minors trying to get his stroke back) and the pitching staff even stronger than when the season began, the Mariners have to be considered the favorite in the postseason at-large race.

This morning FanGraphs has it as a better than 90 percent chance that they will snap their two-decade long postseason drought. Ninety percent.

OK, there is also about a 10 percent chance they won’t. And that’s what some of us will dwell on between now and October.

It’s just ingrained after all these years. Hey, we’re trying to let go.

But, like getting out of the Laz-e-Boy after downing a pint of Ben & Jerry’s, it isn’t easy. WSU: With it quiet in Pullman on Friday, we want to pass along this column from Shawn Vestal which ran earlier in the week on the S-R’s editorial page. It concerns Nick Rolovich and his seemingly on-going quest to fund the college education of his attorney’s kids. That seems the best outcome of his battle with the WSU administration. … Elsewhere in the Pac-12 and college football, Michael Penix Jr. may be new to Washington but he’s well-schooled in what coach Kalen DeBoer wants out of a quarterback. … Senioritis is a real thing, especially in the college football world. … As is a positive attitude, which is on display in Colorado. … No matter where Utah ends up, the way the Utes play will travel well. … Lincoln Riley probably doesn’t like being caught between boosters and his administration. … Leadership is an underrated part of offensive football. … When walk-ons win scholarships, everyone celebrates. … Every Arizona player has to get better. … In basketball news, Mookie Cook has decided to attend Oregon after all, disappointing Arizona and Gonzaga, among others.

EWU: We linked this story about Cooper Kupp when it appeared in the L.A. Times yesterday morning. Little did we know it would show up on the S-R website today. If you couldn’t read it Friday, you can now. … Around the Big Sky, the term “rap” has a positive connotation for Montana’s Lucas Johnson. … A receiver transferred to Montana State for his final season. … UC Davis’ best player may be a tight end. 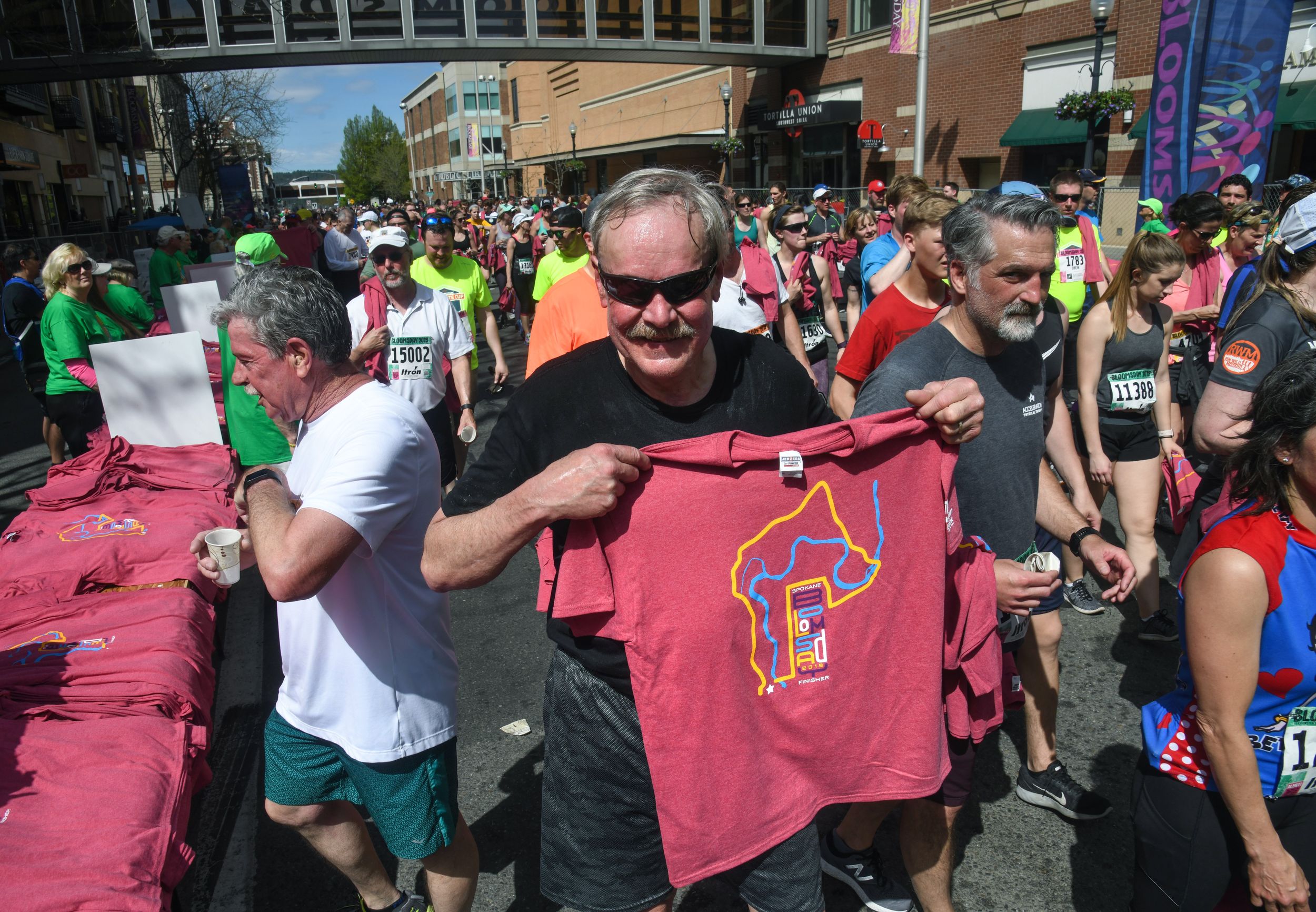 Bloomsday: We’re pretty sure our Bloomsday finisher T-shirt design will be rejected once again. After all, a white shirt with “Bloomsday Finisher” stacked atop each other over the heart in 18-point Helvetica bold has been rejected every year since 1985. And rightly so. But it’s our best idea. Now you can submit your best idea for the 2023 T-shirt by following the instructions in this story from Sidiq Moltafet.

Indians: Losing isn’t much of an option this time of year as Spokane tries to rally for a playoff spot. But that’s what happened last night in Hillsboro, by an 8-1 score. Mariners: Larry Stone is all in with the playoff-bound M’s. … Having Julio Rodriguez back is a big part of it.

Seahawks: It’s time for some NFL football. Sort of. The exhibition season is underway, with the Hawks playing tonight at 4 p.m. in Pittsburgh.

Sounders: Isn’t about time Seattle began its playoff run? Yes it is.

Storm: The first playoff series will start in Seattle. The Storm assured themselves of a home-court advantage against Washington with last night’s dominating 96-69 win in Minnesota.

• For some reason we need to lose some weight. Not sure how we gained the extra five (or 45 pounds) but we’re pretty sure we can blame two guys to some degree: Ben and Jerry. Anyhow, we have to come up with a motivation to eat less. Besides, you know, living longer. That hasn’t worked so far. Anyway, we’re thinking of doing something Mariner related. Maybe every time they lose, we fast until they win. Or maybe we could just buy some over-the-counter cream that will magically help us lose weight. We’ll have to think about this for a while. Until later …