A GRIP ON SPORTS • A tale of two sports. And those who broadcast them.

• Usually, Antenna TV is reserved for those old-time television shows folks used to bring in with an antenna. Hence the name. The network, big on shows that start with a “B” like Becker, Barney Miller, Benson and Bewitched, isn’t on our radar often. Probably even less often than TruTV.

But like during the first round of the NCAA Tournament, we became a channel explorer last night. Our goal: to find the Mariner game on a service that actually worked on our big-screen television.

Let’s back up a bit. We were ready to flip back and forth Saturday night between the Seahawks’ first exhibition game in Pittsburgh and the Mariners’ game in Texas. We had known for some time both were starting around 4 p.m. and that the M’s were going to be one of Fox’s games of the week. And that the Hawks were scheduled for the NFL Network.

What we didn’t know – and we should have – was our local Fox affiliate, KAYU 28, was showing the Seahawks, as it usually does in the preseason. Instead of the NFL Network, which blacked out the game in the area (at least it wasn’t working at my home). And that M’s fans were out of luck in Spokane.

At least that’s how it seemed as we drew closer to 4 p.m. We tried calling KAYU to find out if the Mariner game was available somewhere and discovered the station doesn’t accept calls on Saturdays. Fine. We tried looking online and couldn’t find anything. Heck, we called a friend who works in local sports TV and he wasn’t aware of the game being on.

Our reaction? Anger. How could the most exciting Mariner team in years, playing in Texas, in the midst of the postseason chase, be pre-empted by a glorified NFL practice?

The answer, as always, was money. But before we delve into the “why,” we have to finish the “what.” We gave up on finding the M’s just after 4. Then the most-technological savvy person in our house just hit the sports button on our cable and, lo and behold, the M’s game was available. 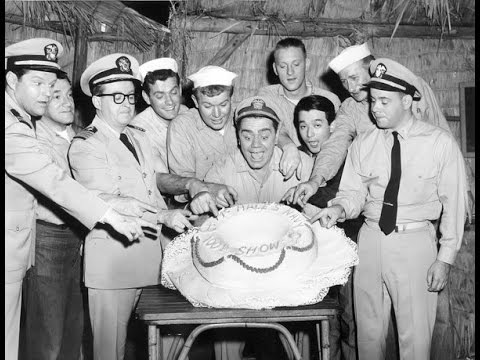 Antenna TV. Channel 115 on Comcast. KAYU’s 28.2 channel, though we didn’t know that until last night.

Instead of reruns of Hazel or McHale’s Navy, it was showing the Mariners. Our anger was for naught. KAYU had found a way to give us both games, even if the station had done little to let anyone know.

We could watch Geno Smith and Drew Lock flail away. We could also watch Jesse Winker do the same in the outfield in a fateful fourth inning.

It was a win-win. Or lose-lose to be more precise.

The biggest winners, however, were anyone who had to answer the phone at KAYU on Monday morning. Or the station’s ad sales folks.

We were ready to play the role of Captain Wallace Binghamton (fixed from earlier thanks to an alert reader) – yes, that’s an obscure McHale’s Navy reference only accessible for those on Medicare – over the phone lines, wondering, loudly, how a station could show an exhibition game and not show, you know, a game that might decide whether the Mariners play in the postseason or not.

The answer is, as we said, money. KAYU more than likely made a lot more of it showing the Hawks in Spokane – with the broadcast’s multiple locally available open ad spots – than it could have made with the occasional local commercial on the national baseball broadcast.

Maybe more people would also watch the Seahawks basically practice than the M’s, though we will never know for sure. Whatever ratings the Hawk game received in Spokane last night will be greater than the ones the M’s received. After all, who knew the Mariners were even on?

It was the best-kept secret since McHale pulled the wool over Cpt. Binghamton’s eyes in that one episode. You know. The one you can watch on Antenna TV next Saturday afternoon. And the Saturday after that. 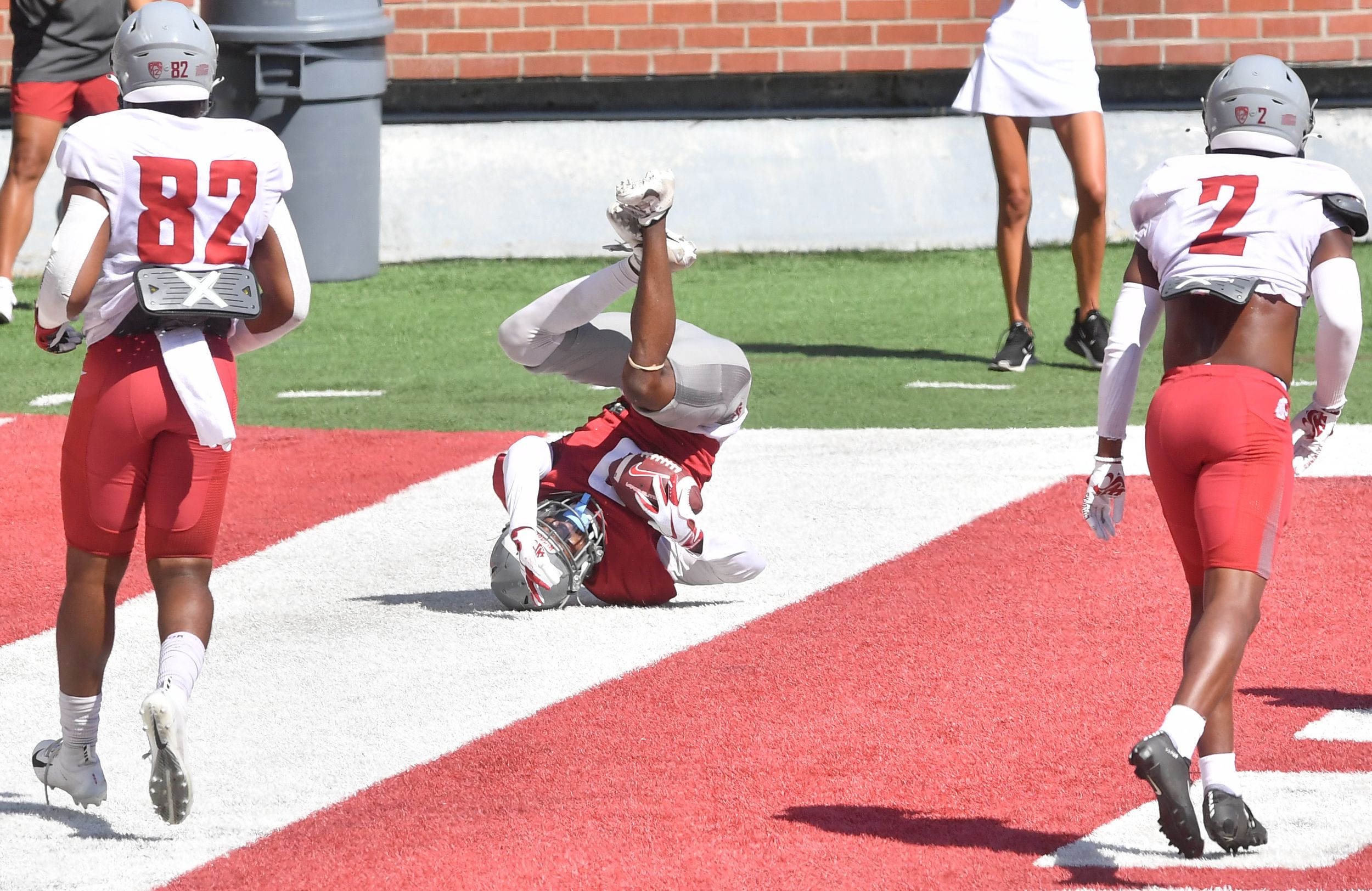 WSU: We contemplated driving down to Pullman early yesterday to take in the Cougars’ scrimmage. But by the time we had thought about it, we were sure we would have missed most of the action. Maybe next Saturday. We want to see Jaylen Jenkins run the ball. At least we do this morning, after Colton Clark’s writeup of Saturday’s scrimmage. Jenkins sounds explosive. And like a weapon the Washington State offense can use. … Not only can we pass along Colton’s story, we also have this photo gallery from Tyler Tjomsland. … Former WSU players had a good day for Philadelphia yesterday, with Gardner Minshew playing well and Calvin Jackson Jr. catching the game-winning pass. That’s all part of this local NFL roundup. … Elsewhere in the Pac-12 and college football, it was a scrimmage day around the conference. In Corvallis, Oregon State didn’t score a touchdown. Good defense or poor offense? … Oregon held its first scrimmage under Dan Lanning. There were highlights on both sides of the ball, though the Ducks didn’t open it to the media. … The NCAA is making a Washington player sit a game because he couldn’t make up his mind about his future quick enough. … The most high-profile battle at Colorado is at quarterback. … One thing UCLA can count on is its quarterback. … Utah is strong there as well but wants to make sure the entire offense clicks early. … USC has to improve in a lot of areas. … There is a lot of high school football talent in Arizona. Much of it leaves the state for college. … Jayden de Laura seems to have turned a confidence corner for the Wildcats. … In basketball news, the Beavers are rebuilding in their summer workouts. … This is the time of year for injuries to heal. Gonzaga: The Truong sisters, Kayleigh and Kaylynne, were in the news this summer as they represented Vietnam in international tournaments. Jim Allen spent some time talking with them recently and delves into their heritage, and what it meant to their basketball careers, in this story. … On the men’s side, Theo Lawson checks in with some recruiting news. Another highly sought-after guard is looking at Gonzaga.

EWU and Idaho: Around the Big Sky, a transfer running back is going to help Montana State. … Montana has to replace 60% of its offensive line starters. … Idaho State held its second scrimmage. … UC Davis is ready to navigate another bumpy road. 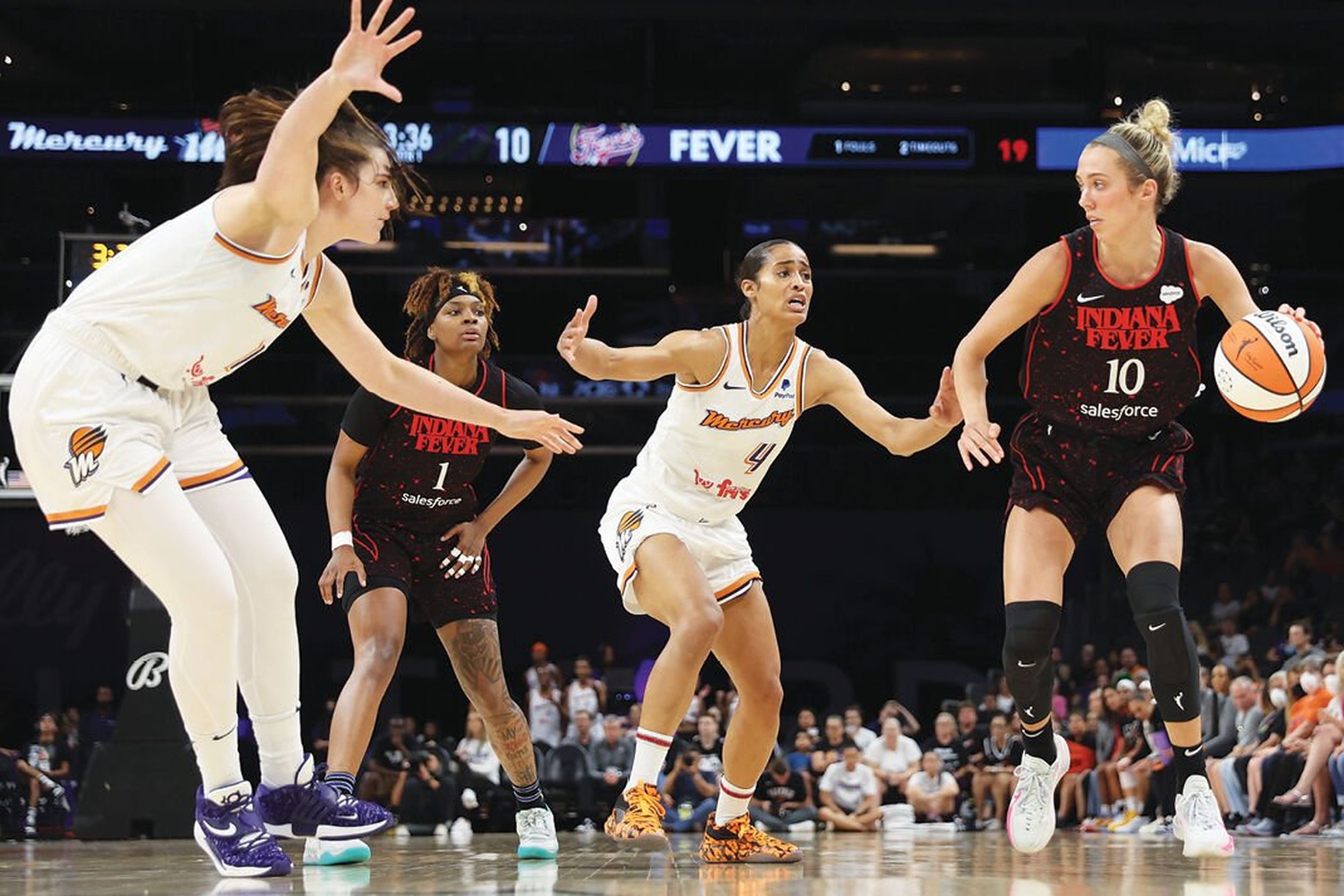 Preps: Lexie Hull’s first WNBA season is coming to a close. Her Indiana Fever team plays its final game today at Washington. With 30 losses, the Fever have lost more games in one WNBA season than Hull’s teams lost in eight years at Stanford and Central Valley High combined. But that doesn’t mean Hull hasn’t learned valuable lessons this season.

Indians: Spokane rode a big second inning to a 9-4 win at Hillsboro. 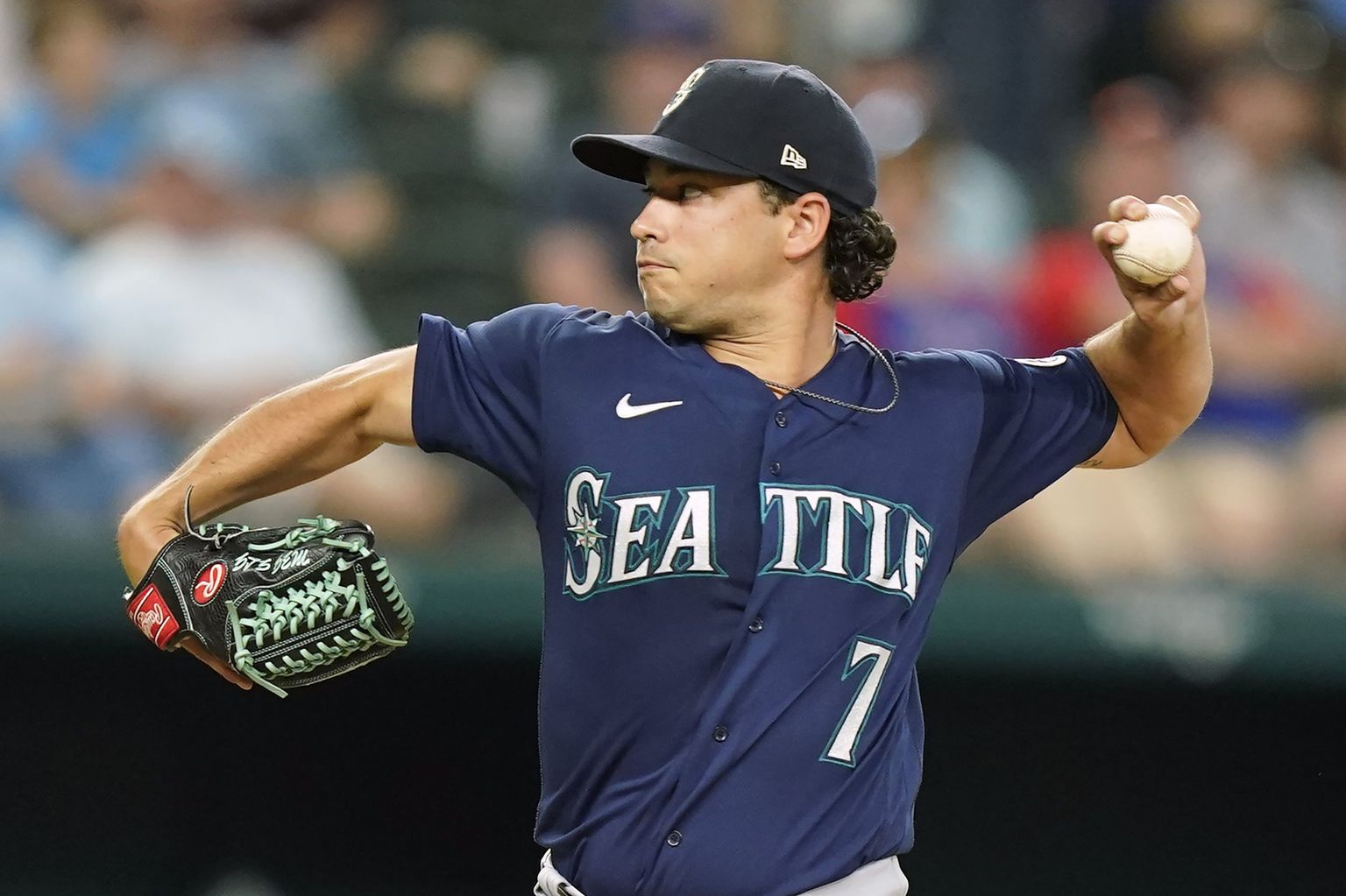 Mariners: The M’s rode an awful fourth inning to a 7-4 loss at Texas, snapping Seattle’s nine-game winning streak over the Rangers. Winker got a poor break on a fly ball that fell for a double, couldn’t cut off a ground ball that ended up a double and, combined with Eugenio Suarez’s throwing error, helped fuel the game-deciding rally. … It’s been 10 years – Aug. 15, 2012 – since Felix Hernandez tossed his perfect game. And then struck the perfect pose. Don’t miss this Corey Brock story in The Athletic. … Scott Servais has 500 wins.

Seahawks: Perfection was not in the cards for the Hawk quarterbacks Saturday. Smith was OK, Lock was better until the last Seattle offensive play and the Hawks lost to Pittsburgh 32-25. Yes, it could be a long season. … The young cornerbacks were taught a few things.

Sounders: If you couldn’t read this Times story about Seattle and a playoff run when we linked it yesterday, you should be able to now. It ran in the S-R.

Storm: Seattle finishes out the regular season in Las Vegas. The game is on ESPN.

• As someone who really wanted to watch the Mariners play, we want to apologize to anyone who switched on Antenna TV in Spokane at 4 p.m., expecting to see Hazel and her hijinks. We’re pretty sure Shirley Booth was a better leftfielder than Winker will ever be. Until later …