A GRIP ON SPORTS • It was a lost weekend for Seattle professional sports teams. How bad was it? How’s this: The Mariners lost both games in Texas. The Seahawks lost their preseason opener at Pittsburgh. The Sounders lost a key MLS match at home. The Storm lost their WNBA regular-season finale. Hard to get much worse. Luckily, there is still time to regroup. For everyone.

• It seemed like a perfect weekend for the M’s to solidify their hold on an American League wild-card spot. After all, their win Friday gave them nine consecutive victories over the Rangers and lifted them into the top spot in that postseason race. 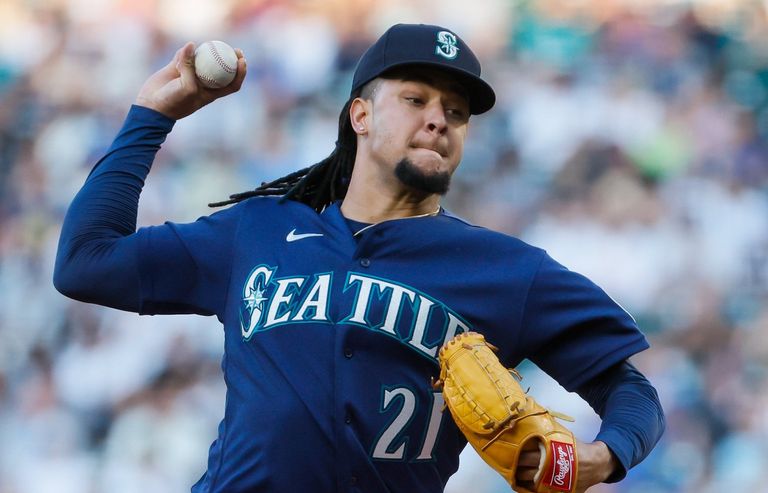 Seattle’s formula for success throughout the past couple months melted away in a heartbeat. Remember how everyone was looking forward to this stretch against the dregs of the A.L West? Well, tonight’s game in Anaheim, with Shohei Otani on the mound for the Angels, seems to be pretty crucial. The Angels are playing better. The last time Seattle was in So Cal, there was a brawl. And Luis Castillo steps to the mound asked to prove once again he is worth the price.

He is. But will the offense be up to the task against the best two-way player in baseball history?

• If the expectations for the M’s have ratcheted up a couple notches, those of the Seahawks have made a corresponding fall. Still, it is the NFL and all that entails, so there was some interest in the preseason opener. 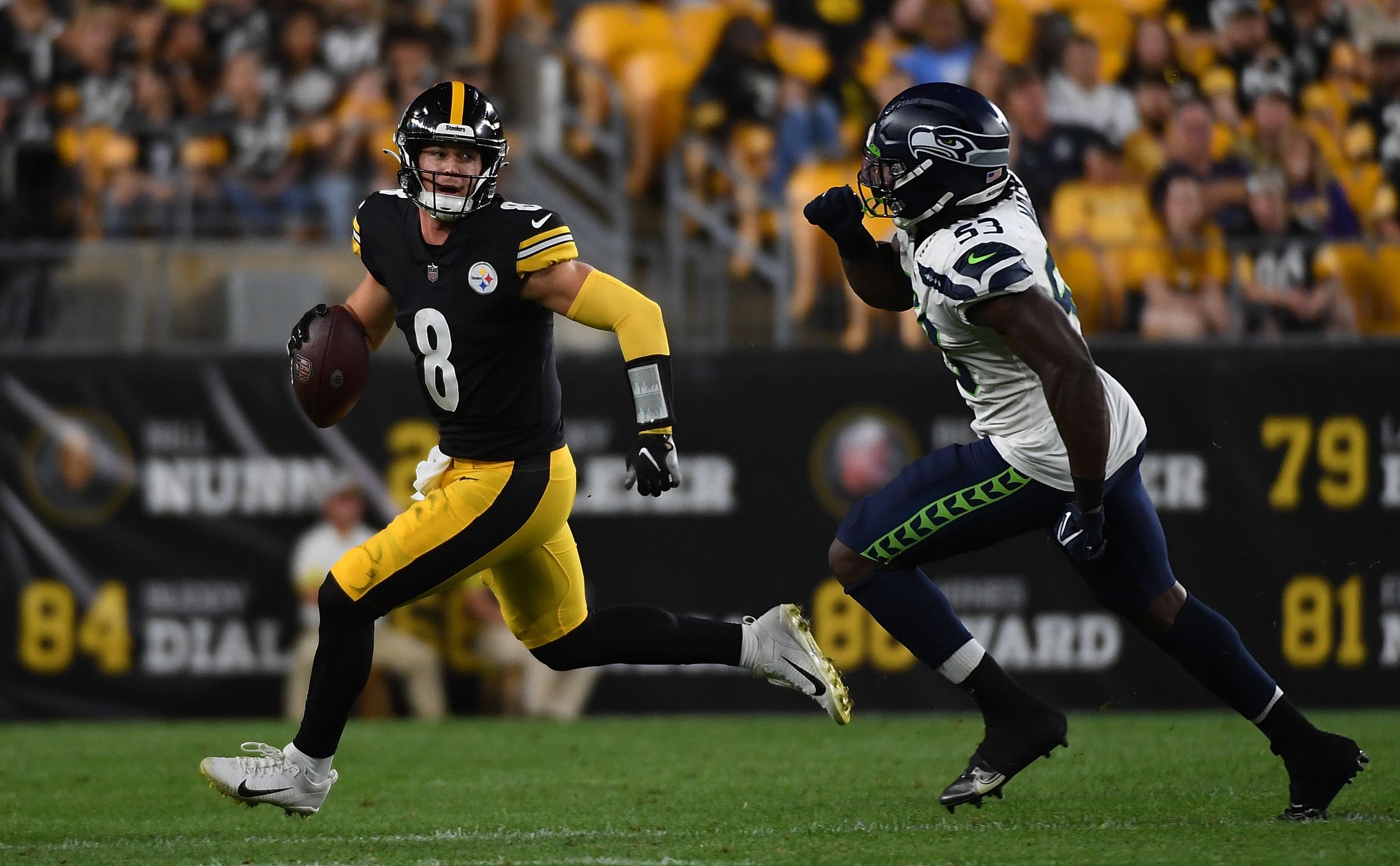 Throughout the contest – a 32-25 Steeler win – we were told the Hawks were keeping everything vanilla. The formations. The plays. The approach. Which makes us wonder how the coaching staff will evaluate the quarterbacks’ play.

Isn’t part of running a team about making sure the formation is right, the protection is set correctly, the timing is down with the receivers? None of that seemed to be in the cards Saturday. And yet we were supposed to spend our hard-earned free time watching?

If you did, good for you. We checked in and out, saw what was happening and happily turned elsewhere for our entertainment. Maybe the next exhibition will be more instructive.

• Success seems to go hand-in-hand with the Sounders. MLS titles. Cascadia Cups. Heck, even earlier this season, a CONCACAF title. 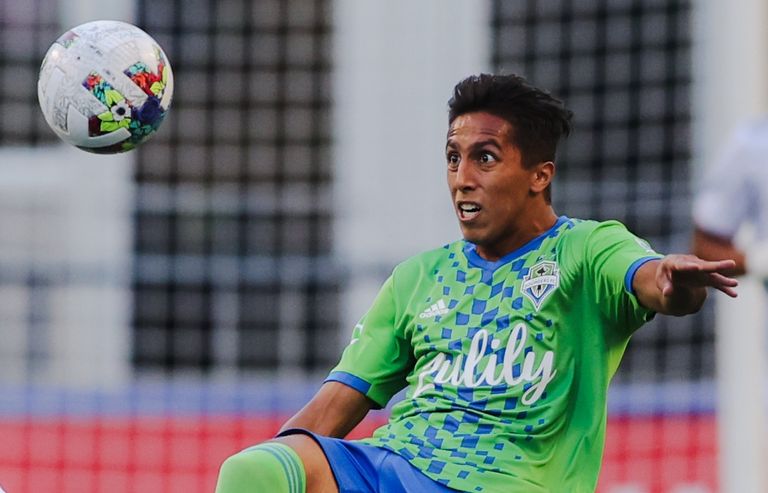 But this summer hasn’t been kind. Ever since losing midfielder Joao Paolo to a season-ending knee injury, Seattle has struggled. And no replacement was forthcoming.

That’s not Brian Schmetzer’s fault. But the coach has been taking the heat. This group isn’t built to contend this season. The midfield problems impact both ends. The offense looks out of synch, the defense disconnected.

Even making the postseason won’t be easy after last night’s 2-1 home loss to Real Salt Lake. And if the Sounders somehow rally, get over the line and into the playoffs, the stay will be short.

• Speaking of playoffs, they are up next for Sue Bird and the Storm. Her last run toward glory. Will she win another WNBA title and ride off into the sunset like Jerome Bettis? Or will her career end with an early round loss?

The odds favor the latter, as Seattle is just the fourth seed. The Storm does hold the home-court advantage against Washington, though unless Breanna Stewart begins to assert herself more, even the first-round series will be a battle.

No matter what, this being Bird’s last hurrah, Seattle will capture the nation’s attention until the run is over.

It has to be better than the weekend just past, right? 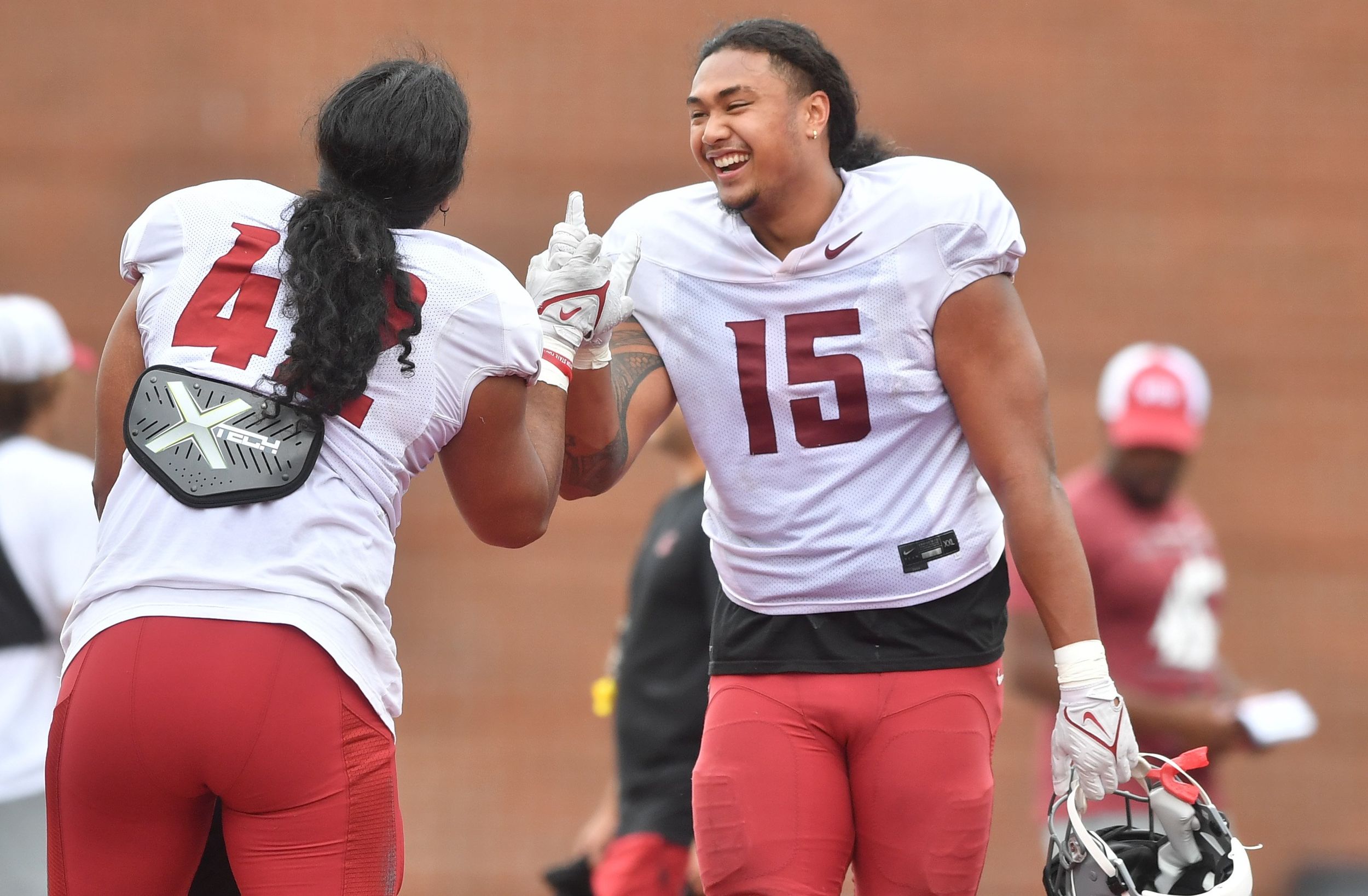 WSU: What is the formula for success in Pullman? Productive offense, sure. That’s a given. Staying healthy is also crucial. But the years the Cougars have really stood out are the years the defensive front has been stout enough to give the offense a chance. It looks as if 2022 may just be one of those years. Colton Clark delves into the position group today that has been the biggest surprise in preseason workouts, the deep interior defensive line. … Elsewhere in the Pac-12 and college football, the history of the Pac-12 Networks may be one the conference leaders want to forget. But they shouldn’t. … The Oregon depth chart is starting to come together. … Oregon State is halfway through preseason camp. … There is one Colorado player trying to live up to the hype. … Utah has a pass-rushing end who spent his first four years at Stanford. … UCLA has a couple of pass-rushing ends who may have opponents seeing double. … After 10 practices, Arizona has 10 players worth special mention. 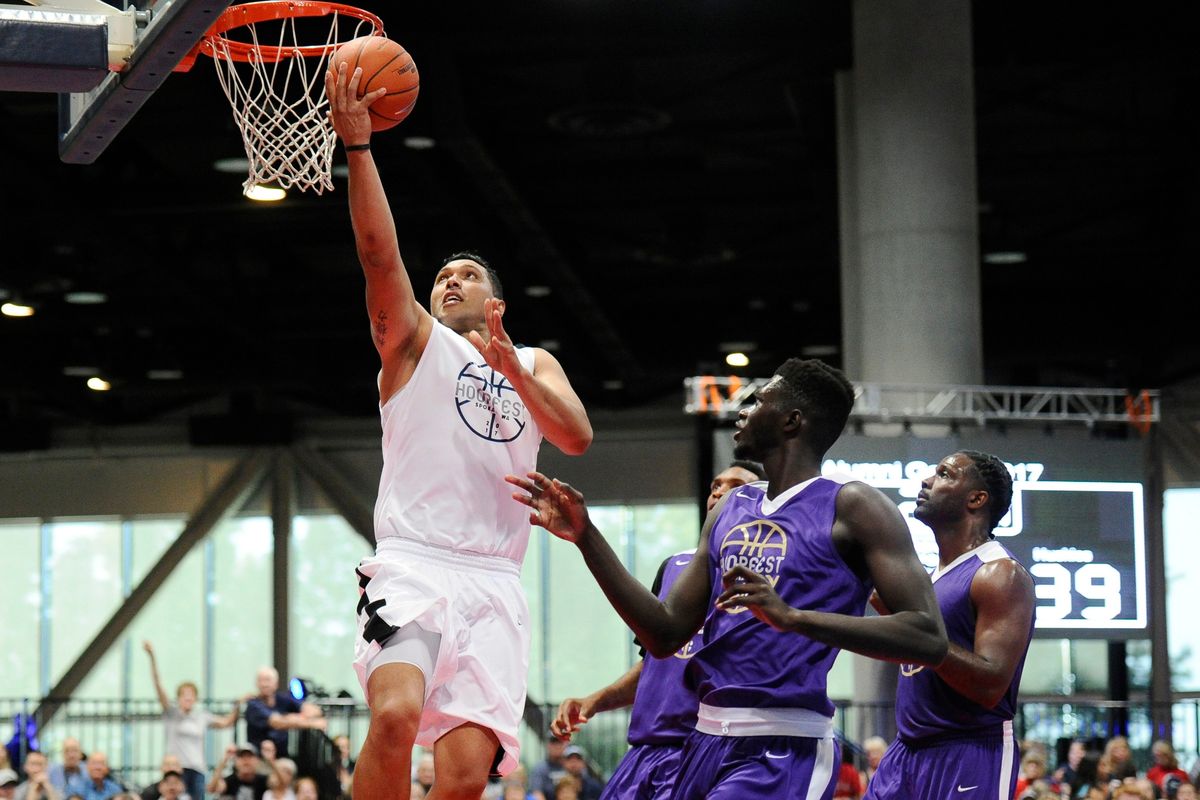 Gonzaga: J.P. Batista was a joy to watch when he was manning the middle for the Zags. Rebounds? He dominated the glass. Scoring? Let him get deep and it was over. Keep the rim area clear? Try moving him. Now, after a 16-year pro career all over the world, he’s back in Spokane as part of the GU staff. Jim Meehan shares Batista’s thoughts in this story.

EWU and Idaho: Around the Big Sky, one Weber State basketball player was given the opportunity to work Damian Lillard’s recent camp. 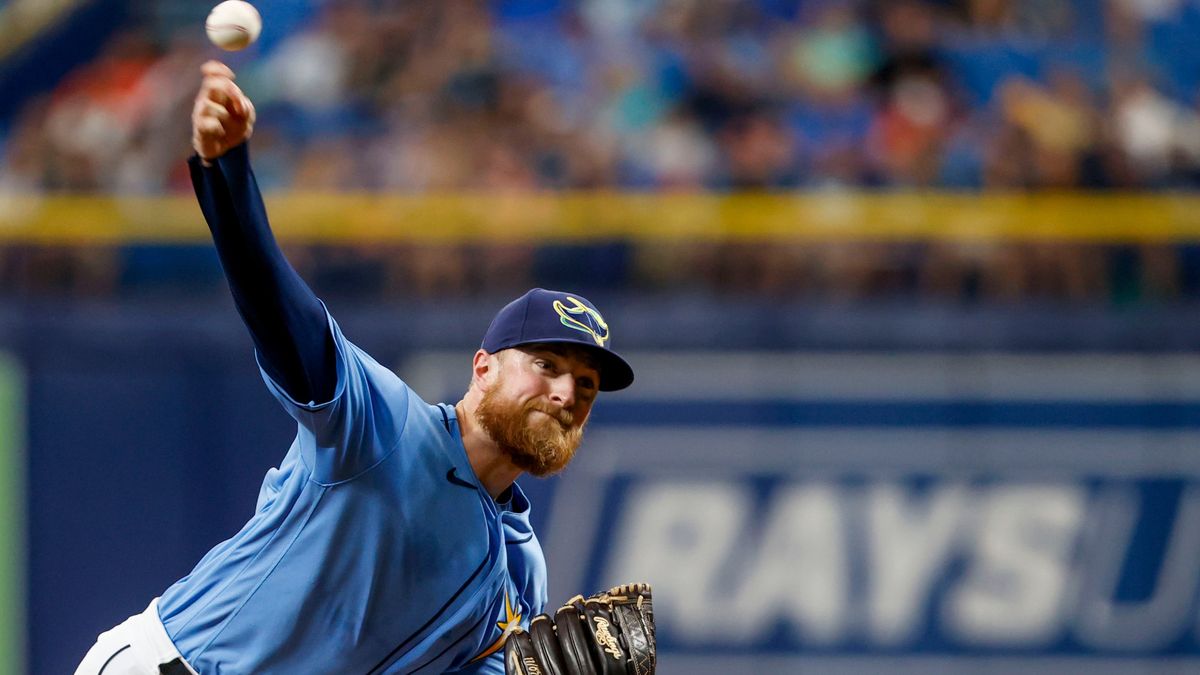 Preps: Drew Rasmussen did some wonderful things when he pitched for Mt. Spokane. Even more when he was at Oregon State. But he came within three outs of doing something rarely heard of Sunday, taking a perfect game into the ninth inning for Tampa Bay. That he didn’t get it done doesn’t take away from the effort. Rasmussen, who has endured more arm surgeries than is fair, has emerged as a solid starter for the Rays.

Indians: The offense disappeared Sunday, as Spokane was held to one hit in a 5-1 defeat at Hillsboro. Dave Nichols has the details in this story. Tri-City comes to Spokane for a key series starting Tuesday.

Mariners: Logan Gilbert’s command has waned a bit recently. He missed often yesterday in the 5-3 loss to Texas.

Seahawks: One preseason game won’t decide the 53-man roster nor will it clear up the starting quarterback decision. But it allows for some speculation. That’s always fun. … The NFL is a tough place for many rookies to shine.

Sounders: The playoff window hasn’t closed yet, but it’s starting to slide toward the sill.

• It’s disappointing, isn’t it? You work hard all week. The weekend comes. It seems as if you deserve to watch at least one local pro team pick up a win. The Mariners were the best bet, but nope. The Seahawks may not help much all season. The Sounders used to be almost automatic but not anymore. Even the Storm is only a bit better than 50/50 these days. College football can’t get here fast enough, can it? But that carries with it the potential for an even-worse form of disappointment. Until later …