A tiny note slipped under floating flowers dissolved instantly in a basin of water. It carried a private message written by Taylor McGregor, 8, to her father Kory McGregor, who died in 2019.

On that same August evening, 50 butterflies were released from mesh containers into a Coeur d’Alene garden, as families listened to music and watched the insects fly. In many cultures, legends described butterflies as symbols of rejuvenation, hope and rebirth. Oral traditions told of them carrying messages to deceased loved ones.

“We normally go back to California for his (Kory’s) birthday on the ninth of this month to visit his gravesite, but we can’t go this year,” said Christina McGregor, Taylor’s mom. “This is perfect.”

A memorial butterfly release is just one way to help people go through a cathartic exercise for grief, said Sara Jane Ruggles, a public historian for Auburn Crest Hospice that hosted the Aug. 2 event.

She organized the butterfly release at the Share Hope Memorial Garden with University of Idaho entomology professor Steve Cook, who brought butterflies – mostly the painted lady variety – from Moscow to the ceremony. Most of the insects were painted lady butterflies. 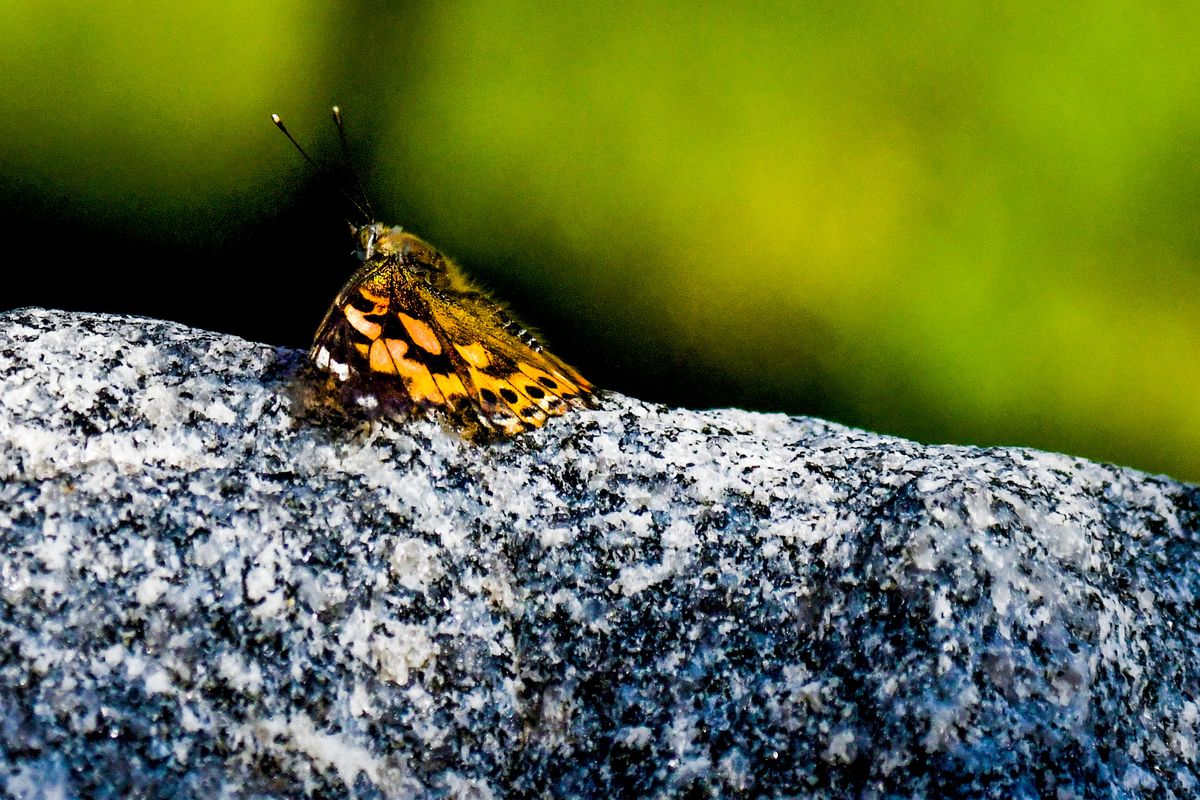 Auburn Crest, which offers services in Coeur d’Alene and Bonners Ferry, hopes to make the butterfly event an annual ceremony for people to reflect on and memorialize someone they’ve lost.

“I had one day this spring where butterflies were just everywhere at a family gathering, and it just hit me that this would be beautiful as something in our community,” Ruggles said. “After the pandemic, it feels like we need healing in any way we can.”

She reached out to Cook, because Ruggles didn’t want to see butterflies harmed in any way for a ceremony, or to introduce any species not normally found in this region.

Cook welcomed the call, and he instantly understood.

“I’ve been involved with hospice several times with my mother, with my mother-in-law, so I completely understand and support everything that they’re doing,” Cook said.

“There are cultures that believe that butterflies can visit a person in their dreams when they’re sleeping and bring messages from loved ones as you sleep.”

“Some of these have included creating stained glass memorial candleholders, planting trees with notes to the deceased placed under the roots, and making personalized memory boxes in which photos, trinkets or even notes to the loved one can be placed,” Kent said.

Sometimes, ceremonial or symbolic actions can be done as a group effort with family, or individually. Gestures can include painting a clay flower pot and filling it with the deceased person’s favorite flowers, or asking family to put together a playlist of that individual’s favorite songs.

Other ways to help people in grief include journaling, letters or notes written to the deceased and creating balloon releases, said Judy Daggoo, an Auburn Crest chaplain and bereavement coordinator.

“A memory box is something I highly recommend when young children are involved, but also for adults,” she said. “You put together something that you can go back to and reflect on.”

She also suggests writing messages of what you wanted to say to someone who died, but couldn’t notes with markers on balloons – Amazon sells biodegradable ones – and then set the balloons aloft. Messages on dissolvable paper released into water are similar.

“The benefit of those things is relief,” Daggoo said. “When we’re really missing someone, and we let go of something, we’re letting go of some of those emotions when we write.

“You write all the things you want to say and can’t and then release it. Some people say a quick prayer. The release of a balloon, I believe, releases endorphins. You have that moment of accomplishment, of feeling better, because you’ve done something to reach out to the person you lost.”

Ruggles said too many people couldn’t grieve properly during COVID, because hospitals had to stop visitations.

“We had had a lot of patients who died from COVID, and to watch the hospitals have to go through turning families away who wanted to be there to hold their loved one’s hand, so many people in the last few years have not been able to say goodbye,” Ruggles said. “The hospitals did everything they were supposed to do in care, but there is a lot of grief that’s there in not being able to say goodbye.”