A GRIP ON SPORTS • Pink Floyd sang about it. Two journalists who brought down a president were encouraged to follow it. And its pursuit is considered the root of all evil. Yes sir. Today we are discussing money.

• Outlandish amounts of money. More than $1 billion a year. All for the privilege of broadcasting an “amateur” sport.

The Big Ten, that uniquely mid-American collection of tradition-bound colleges and universities, pulled the lever on the giant Las Vegas-like slot machines that is media rights. And hit the big one.

Fox. CBS. NBC. They are the new scions of organized crime, so to speak, the owners of the media casinos that will push chips across the table to Indiana, Rutgers and, yes UCLA, like so many Lays and Ruffles.

$70 million a year to each school just for football. That’s what the networks will be giving the Big Ten members in 2024, when the two L.A. schools are slated to join the conference. (The seven-year agreement begins in 2023 but USC and UCLA aren’t allowed to leave the Pac-12 until the next year.)

Heck, Nebraska could just give every scholarship player on its team $400,000 and still have Pac-12 money left over to run the other sports. And that’s for a Cornhusker team that went 3-9 last season.

But we all know that’s not going to happen. No way. Football players – and all other college athletes – are not employees of the university. At least according to the schools.

We know better, don’t we?

The only reason making money on name, image and likeness deals was given the green light was simple. The deals allow athletes to make some money without the schools having to dip into their pockets. It’s a gigantic shell game. The billions available from media conglomerates? That’s staying with the schools. Overblown facilities. Five-star restaurants. The newest type of turf. A weight room the size of Rhode Island. Eleven new football staff members and seven new administrators.

• Will UCLA actually see any of the money? The University of California Regents met yesterday with UCLA’s move to the Big Ten, and its impact on the flagship university in Berkeley, on the agenda.

The upshot of the meeting, as reported by Jon Wilner and a couple of Los Angeles Times reporters? The school had the right to enter into the contract. To make the decision on its own. The Regents allowed such decisions more than 30 years ago. However, that doesn’t mean the governing body couldn’t take back the authority. After all, such momentous decisions were not anticipated when the schools were given the freedom.

With that in mind, the Regents’ attorney, speaking hypothetically as attorneys will, said there was a path available to block the move. Will the Regents do that, citing the financial injuries Cal will suffer as a justification? Or will they try to force UCLA to share a chunk of its newfound riches with the school up north?

Wilner, who has a better feel for such things than any journalist, gives it a 10-to-15% chance. Not a lot, sure, but not nothing. Better odds than the Bruins have of winning the football playoffs this season.

But we’re more of a play-the-favorite guy. We believe UCLA will offer a few million year to the UC system. Wet their beak, as my ancestors used to say. And leave.

Which means in 2025, a soccer player will get on a plane in Los Angeles, fly cross country, play a two-hour match in the snow of State College, get back on a plane, fly to Wisconsin, play another match, hit the airport again and make another cross-country journey.

And be expected to be in their anthropology class the next morning. But, hey, they will make $500 for that TV ad they did. And they’ll get to eat shrimp prepared by a Michelin chef for dinner.

Seems like a fair tradeoff. Better than having to sit in the Rose Bowl and watch Michigan State run for 473 yards and beat the football team 45-17. 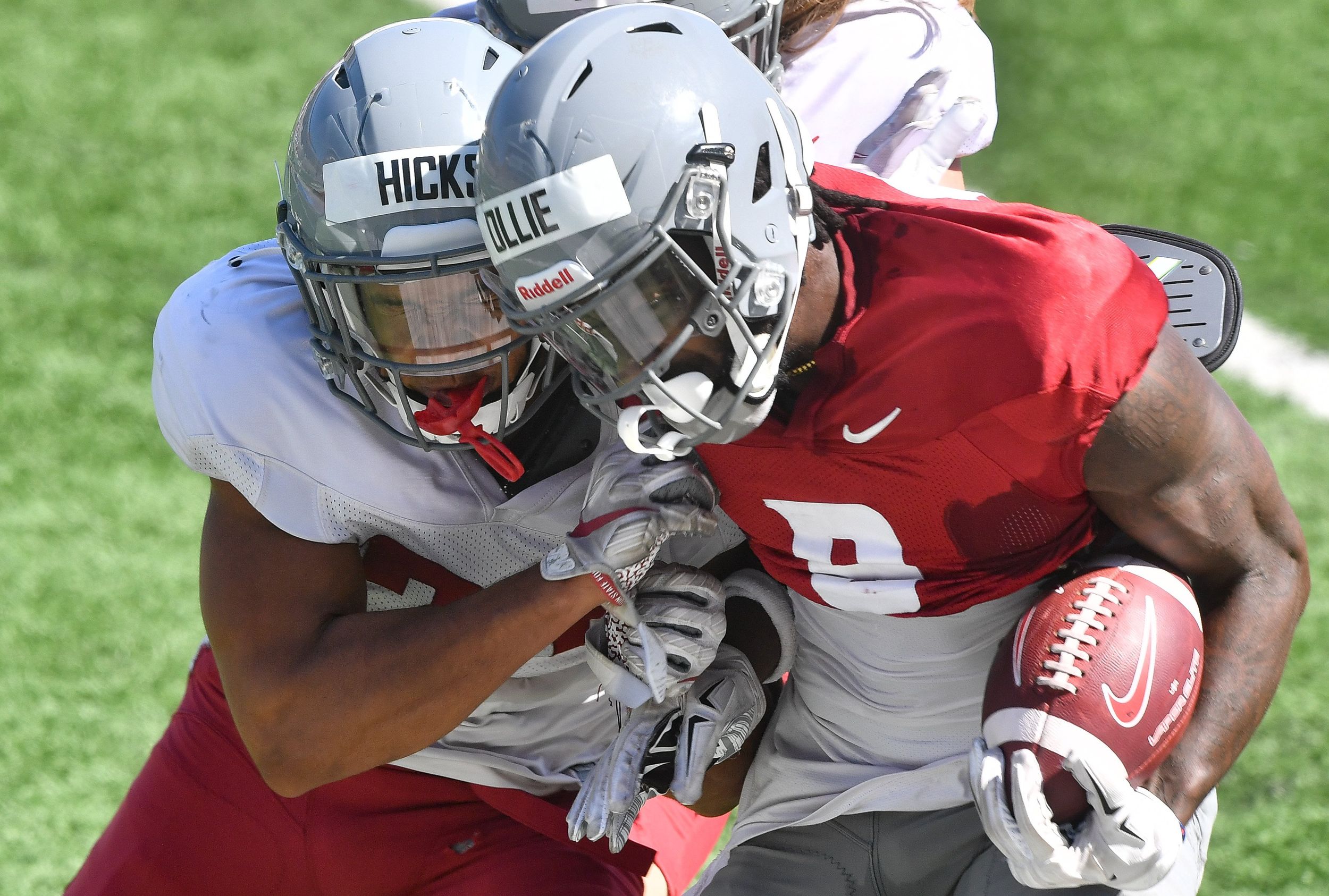 WSU: We didn’t even dwell into how the changing landscape will impact the Cougars but there is plenty of time for that. And, sadly, that column won’t be all champagne and roses. Or Champaign, Ill., and the Rose Bowl. But we do have Colton Clark’s preseason camp practice report. And all that entails, including some hoop news. There doesn’t seem to be a Brandon Gibson on this year’s squad, if the video of the game of bump is to be believed. … Speaking of basketball players, former Washington State player Nik Koprivica and former coach Tony Bennett held a reunion in Italy. Bennett’s Virginia team is on an Italian tour. … Elsewhere in the Pac-12 and college football, we linked a bunch of stories about the Big Ten’s media deal above, including one from Wilner. We have his Mercury News story here detailing a conversation on another subject – football officiating. … ESPN told John Canzano it will fix the fuzzy nature of its broadcasts. … Oregon State has a bunch of good running backs. … So does Oregon, though the Ducks were a little thin there not that long ago. … A Colorado player is seizing his last opportunity. … With the opener in “The Swamp,” Utah as to deal not only with Florida’s heat but its humidity as well. … A former walk-on tight end has earned a shot at UCLA. … USC has attracted faith from football bettors. … Arizona State’s backfield will be all new. … Jayden de Laura was not at Arizona’s practice yesterday. No explanation was given. … In basketball news, Washington’s schedule is ready.

EWU and Idaho: Around the Big Sky, one of Montana State’s best assets is its offensive line. … Northern Colorado fans will have a new streaming service to follow. … Weber State practiced at night to avoid the worst heat. 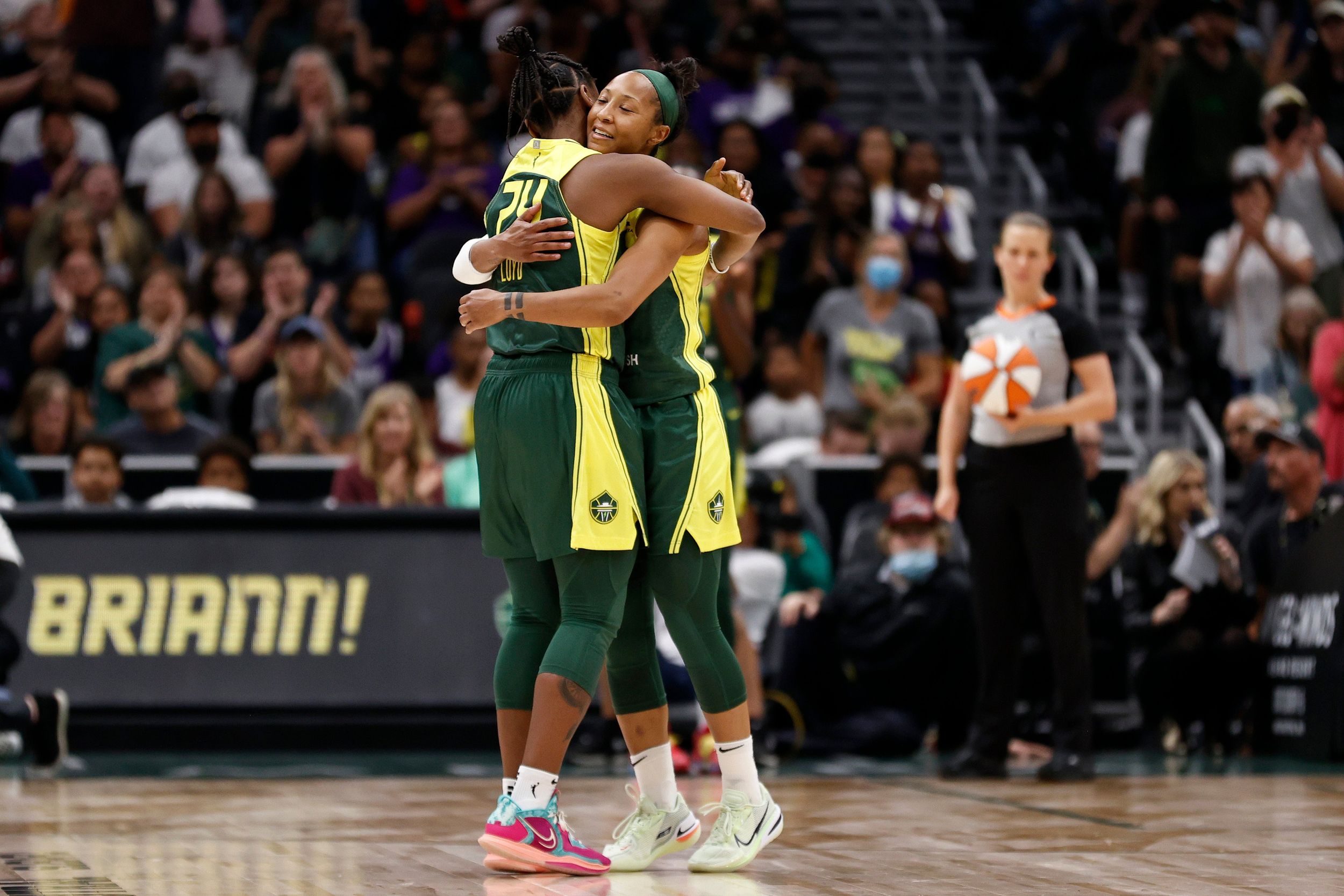 Preps: Former Lewis and Clark star Briann January’s farewell season rumbles on with the Storm. And we can pass along another story about her career. … We linked this story on Jayden Stevens when it appeared in the Corvallis newspaper. If you couldn’t read it then, you can now as it is on the S-R site.

Indians: Spokane had a golden opportunity this week, playing last-place Tri-City at home. But so far the Indians haven’t taken advantage, losing their second consecutive game, Tuesday night’s 13-8. Dave Nichols was there and has this story.

Golf: Spokane’s Andrew Von Lossow scrambled to make the round of 64 at the U.S. Amateur. Then he made the round of 32 by upsetting the second seed. Jim Meehan has all the details in this story.

Mariners: The offense certainly got healthy in Anaheim. The M’s swept the Angels, scoring 6, 8 and, yesterday, 11 runs. Wednesday’s 11-7 victory kept Seattle atop the American League wild-card standings. … Cal Raleigh hit two more home runs, making him the leader in that category among catchers.

Seahawks: The Hawks’ two rookie offensive tackles, including WSU’s Abe Lucas, played against the Steelers just as they have practiced. That is, well. … The rookie cornerbacks didn’t fare as well. … Tonight the Hawks host the Bears, with Geno Smith back at quarterback due to Drew Lock’s virus issues. … Ken Walker III was not at practice yesterday, dealing with an injury. No one is sure how long he will be out.

Storm: Breanna Stewart is healthy. And ready to dominate the WNBA playoffs.

Kraken: If you turn a weakness into a strength, will you be better? Yep.

• Is there any chance the Big Ten, with all this money about to come in, will expand more? Well, it has been reported there is a clause which allows for another deal if the conference adds members, so we would say yes. Not good news for those hoping to keep the rest of the Pac-12 together. Until later …