A GRIP ON SPORTS • How many dogs does it take to make up a pack? We’re not sure of the answer but believe four would suffice. Why? Because we have four in our house this weekend – our two and our son’s two – and we feel packed. What’s that got to do with sports? You’ll have to read on to find out.

• We awoke this morning to a story from our friend Theo Lawson on the newest Gonzaga big man, Efton Reid. When Reid joined the exodus of players from LSU – 13 of them either transferred or entered the NBA draft after coach Will Wade was fired as an NCAA investigation slowly nears an end – most Gonzaga fans were probably unaware of what the 6-foot-11 freshman could do. After all, his playing time in Baton Rouge was limited last season.

Theo decided to fill everyone in. And he did it not by talking to coaches or analysts or anyone of that ilk. He talked with some of Reid’s former LSU teammates. He went to the sources, so to speak. 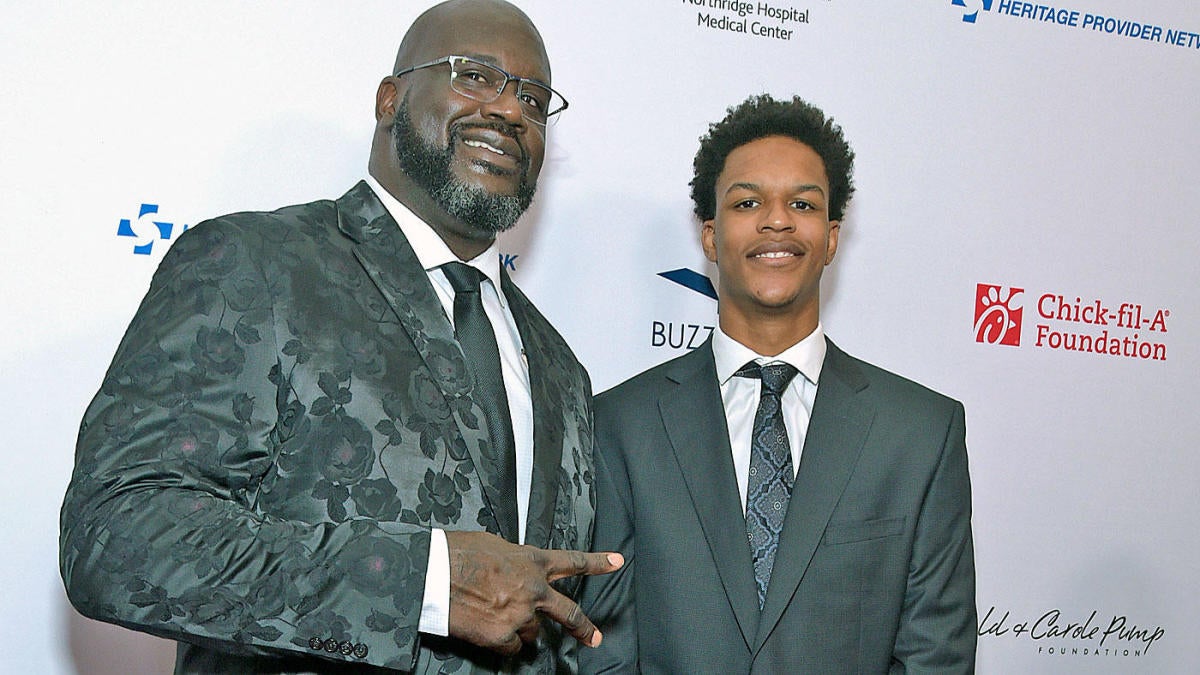 If Reid has a resume, and this was a job interview, the references Theo mined would get him hired. No doubt.

“This year I know he’s going to go crazy,” said former roommate Shareef O’Neal, whose family – he is Shaq’s sun – and talent should make his something of an expert on success. “I feel like he’s going to thrive. That program is going to use him really well, and he’s really versatile. He’s an awesome player.”

Tari Eason, drafted in the first round by Houston, agreed. “I think that probably is one of the most perfect moves I’ve seen in the portal,” he told Theo in Las Vegas this summer. “I think the Zag fans are going to love him.”

“I feel personally that was one of the best moves he could do,” said Darius Days, now with the Miami Heat but who played with Drew Timme at the NBA’s spring draft combine. “He can show his whole arsenal, so I’m happy he made that decision to go to Gonzaga.”

And Gonzaga fans should be as well.

Reid isn’t Chet Holmgren – when a guy is labeled a “unicorn,” who is? – but, at 235 pounds and athletic, should fill a need for the Zags. 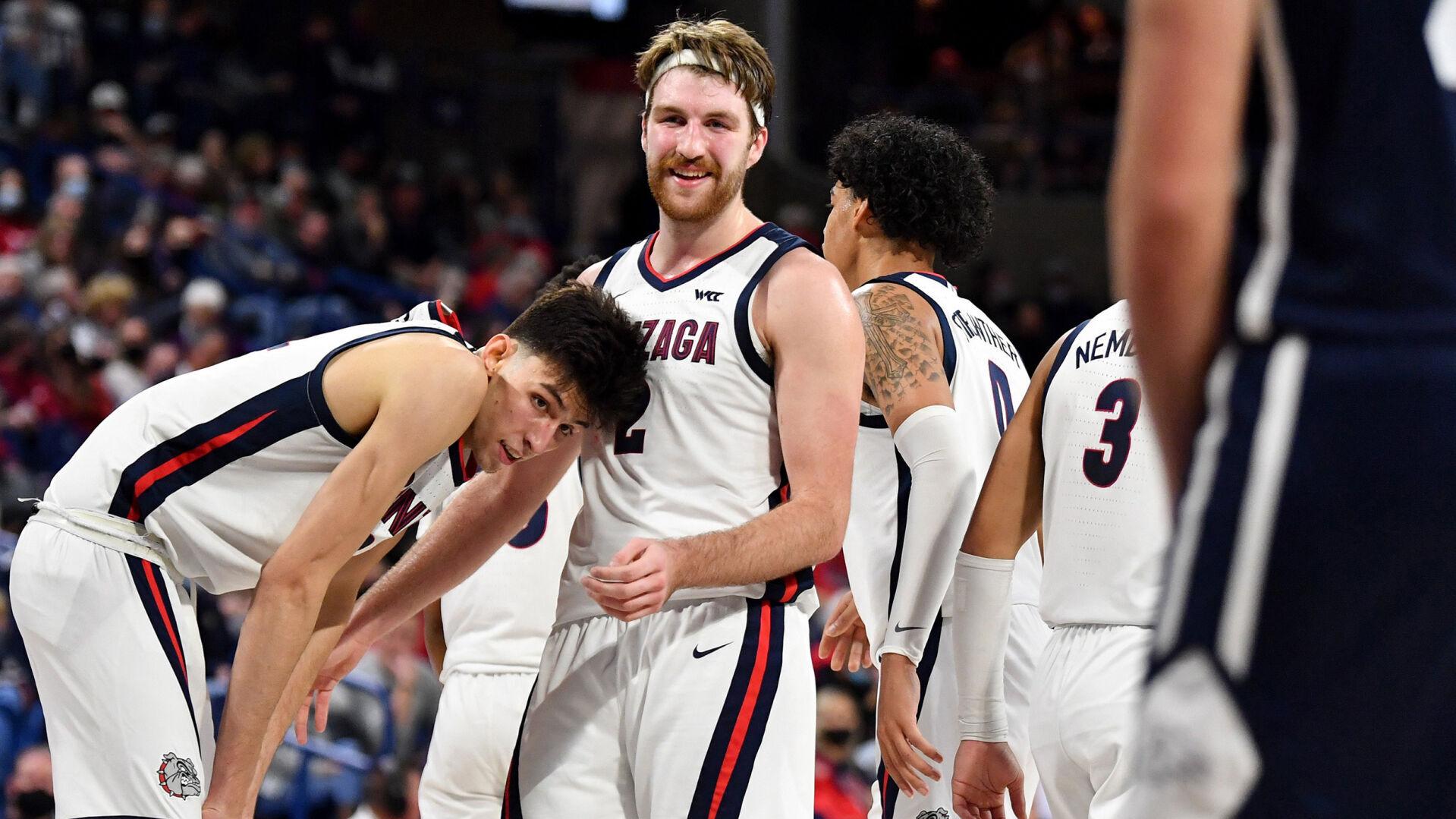 “You know how he can step out and shoot the 3,” Days asked Theo, probably assuming he knew the answer. “He’s going to be able to space the floor at Gonzaga. I’m really excited for him.”

The Gonzaga offense thrives when at least one of its bigs can do that, as Holmgren showed last season. Anton Watson, who will join Timme and Reid in the rotation, hasn’t done it consistently in his three years at GU, though he should take a jump in his senior season. So should Timme. But there are no guarantees.

What needs to be guaranteed, however, is that Reid will be a fighter around the rim. It’s not something he showed often his freshman year. Though his teammates knew why.

LSU switched defensively 1-through-5, according to O’Neal. That isn’t Gonzaga’s way, mainly because it draws big men, like Reid, away from the hoop. He will be charged with protecting the rim, something his former teammates think he’s up to supplying.

The answer to that brings us back to our living arrangements this weekend.

Ever see four dogs fight for food, toys, to protect the yard from (imagined) intruders? We have. It’s a battle every second of every minute of every hour.

Which is why something Eason said about Reid resonated this morning. And should bring a smile to not only Mark Few’s face, but to every member of the Kennel Club’s as well.

“He’s a really unselfish guy, he’s a team player, but he’s also a dog at heart,” the Seattle native said of the newest Gonzaga big.

That’s it. That’s the description. For the Bulldogs, it’s exactly what is needed. And not just because of that bronze statue in front of McCarthey. 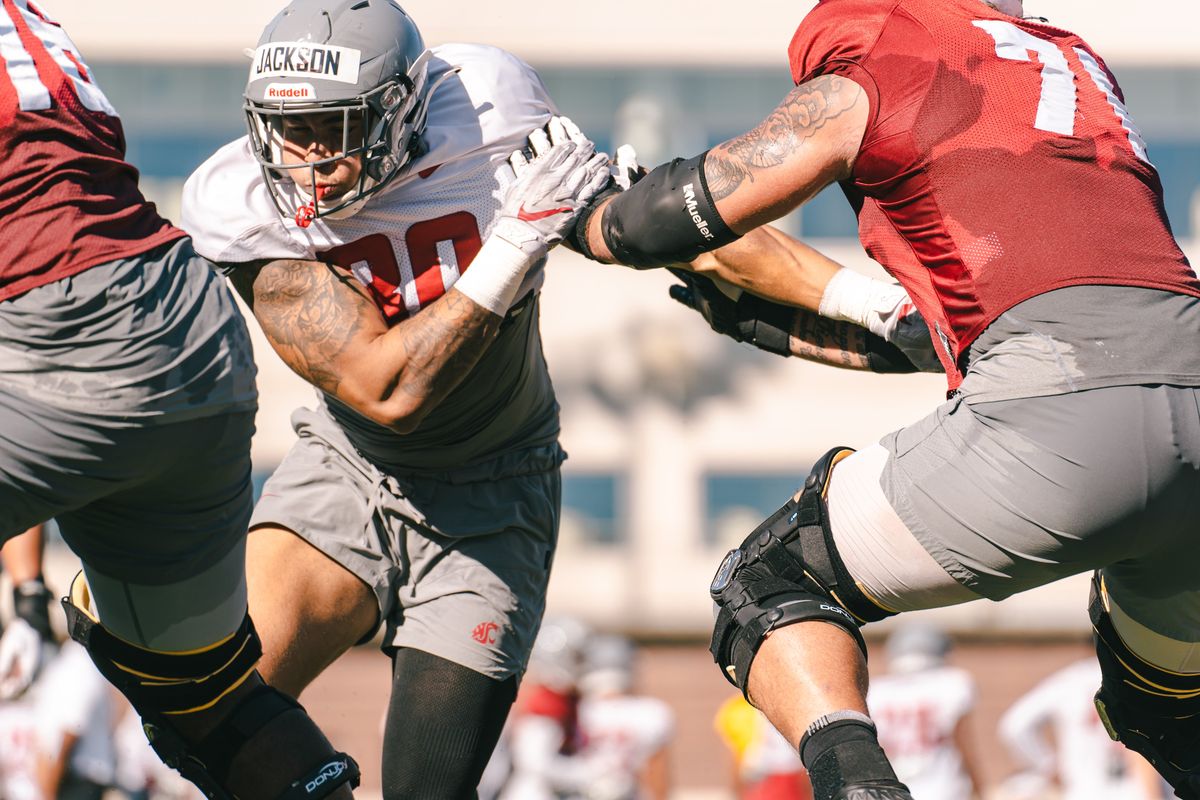 WSU: There is two main ways to play pass defense. Either the defensive backs lock down receivers consistently – a tough proposition these days – or you don’t allow the quarterback time to find the open man. The latter way became the Cougars’ forte last season, thanks to a group of edge rushers who were nearly unstoppable at times. They are back and, as Colton Clark tells us, Jake Dickert expects them to be even better this season. … How good was Abe Lucas? We’ve always felt he has a chance to be the best NFL offensive lineman WSU has produced – and that’s saying something. He’s good enough already to be starting for the Seahawks as a rookie. … Elsewhere in the Pac-12 and college football, Jon Wilner answers questions, including one about media valuation and Washington State. … Oregon’s secondary will need to come up big starting in the opener against Georgia. … This could be the best defense Oregon State has featured in a while. … California expects to take a jump this season but the Bears will have to do it without one of their best players, Brett Johnson. The defensive lineman was lost for the season with an injury this week. … It’s time to summarize what’s ahead for Colorado. Karl Dorrell is selling a shining future. But the present, on offense, defense and special teams, doesn’t look bright. … It’s nearly time for Utah to head to Florida. It has been a long wait. … UCLA has one of the more experienced quarterbacks in the conference. Will Dorian Thompson-Robinson also be one of the best? … The Air Raid Lincoln Riley teaches is constantly evolving. … Herm Edwards and his Arizona State team still face some battles.

Gonzaga: Besides the Reid piece, Theo also has a story on another country Kyle Wiltjer will be working in during the upcoming season. He’s headed to China. 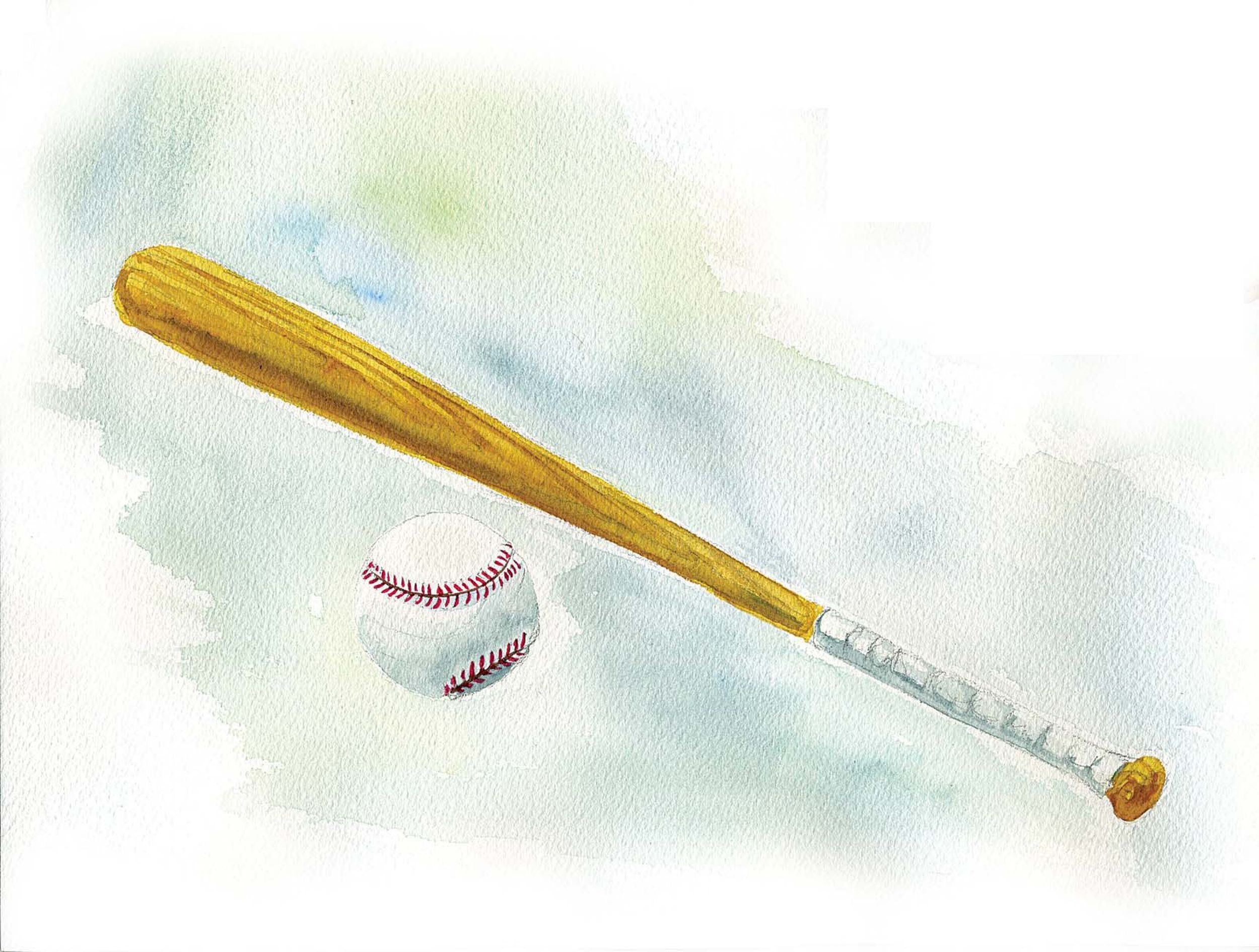 EWU: It’s been 40 years since Kirkland won the Little League World Series in a huge upset. Being that the star, Cody Webster, attended Eastern, we put this remembrance story here in the Eagles’ section. … Around the Big Sky, this is a NIL job we can get behind. … Idaho State opened the Charlie Ragle era last night in Las Vegas. It didn’t go as planned, especially early. … UC Davis is about ready to begin another year under Dan Hawkins.

Idaho: If you didn’t skip over the WSU section above, you know the Cougars rush the passer with abandon. This is what will confront the Vandals’ offensive line in the opener on Saturday. It’s a great first test for a group featuring a mix of veterans and youngsters. 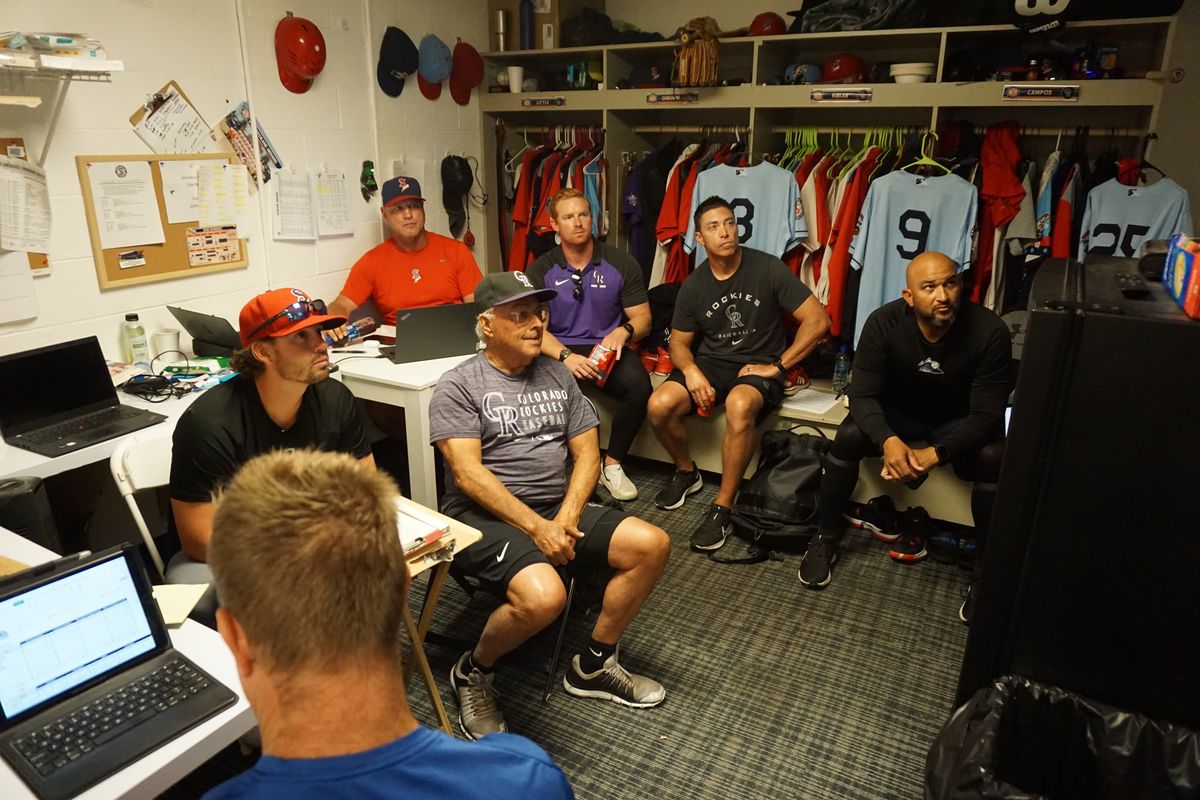 Indians: Everett rallied for a 3-2 win over the visitors from Spokane last night but that’s not the biggest story on the franchise today. Nope. That comes from Dave Nichols, who writes about the need for improvements at Avista Stadium. The county-owned facility must make more than $20 million in Major league Baseball-mandated improvements in the next few years or the franchise could be lost. The Indians will take a proposal to the Spokane County Commission tomorrow, asking for a plan to pay for the work. It has to start soon, as the deadline is 2025. But this is an election year. Will there be a desire to invest in the facility?

Golf: The wind came up Saturday. At Circling Raven, that usually means so do the scores. But the Epson Tour players continued to play well, as Jim Meehan shares in this story. 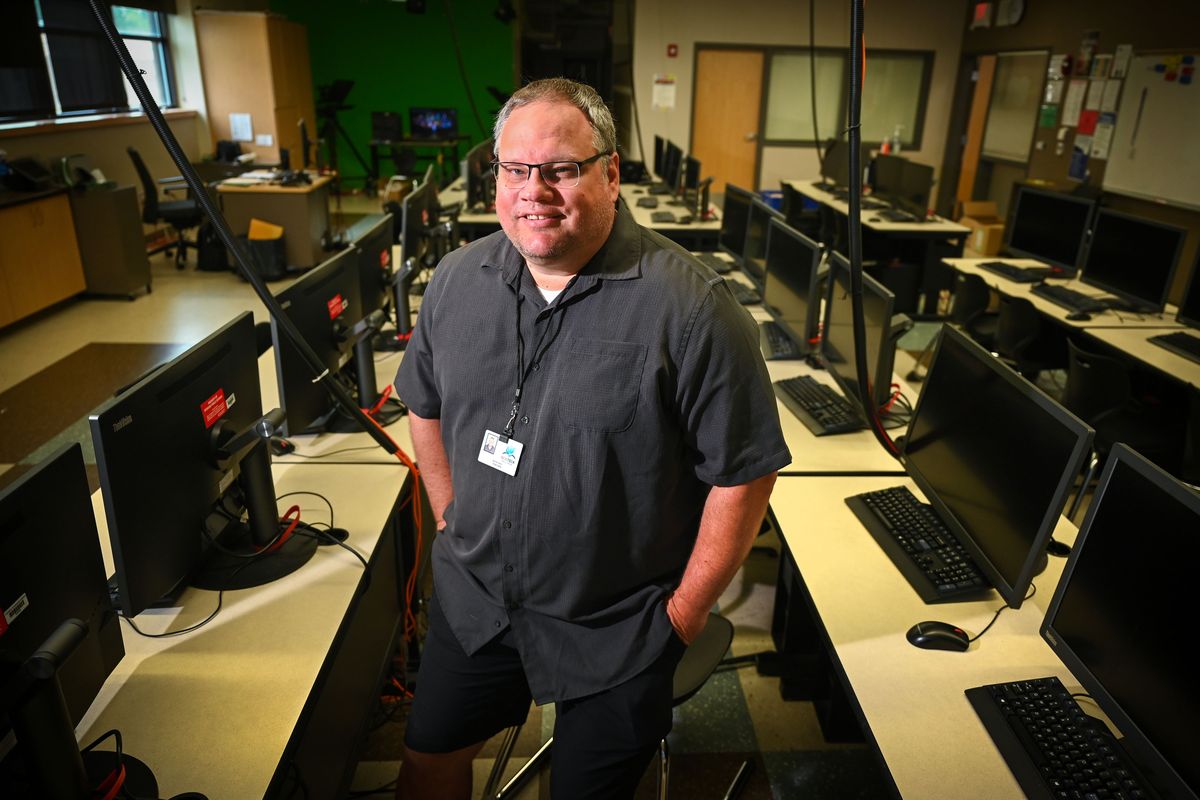 TV: Full disclosure here. We worked with Keith Osso as the main fill-in guy for a few years on the radio show he shared with Dennis Patchin and Rick Lukens. Also, we really like Osso, despite his family tracing their roots back to Northern Italy. Everyone knows true Italians come from south of Naples. Anyhow, Justin Reed has this story on a change the veteran sports reporter decided to undergo, leaving television for teaching and coaching.

Seahawks: It’s time to try to parse who the Hawks will keep on their 53-man roster. The opener is a couple weeks away but decisions have to be made soon. … Geno Smith has made the roster and won the starting job at quarterback.

Mariners: Most M’s fans have heard the rumors over the years. Ichiro is funny as heck. They just never got to experience the humor, as he rarely displayed it in public. That ended last night as he was inducted into the Mariners Hall of Fame. His acceptance speech was legendary, even if it took a few moments to decipher each joke. When you did, you probably laughed over the next one. … The offense was a joke during the game too, as it was either home run or nothing. But as Ichiro’s kissing manager Lou Piniella liked to say, solo home runs don’t beat you. The M’s three were one short as the Guardians won 4-3. … Julio Rodriguez bet on himself. His contract is unique.

Storm: The WNBA semifinals tip off today in Las Vegas. We’re pretty sure the winner of the series will win the league title. Can Seattle defeat the top-seeded Aces? Sure. But Breanna Stewart will have to shine.

• There isn’t a Boomer baseball fan alive who wonders how much money his or her mom tossed into the garbage after they left home. Or they ruined in the spokes of their Stingray bike. Those old baseball cards could have paid for three years of college today. Maybe. Until later …