A GRIP ON SPORTS • Before we go any further today, we want to take a moment to say goodbye to our free time. The lazy days of summer. The nights spent on the deck enjoying a glass of lemonade and a good book. The weather may not be changing but the seasons are. The sports seasons.

• More than an hour. That’s how much time we spent this morning reading college football stories. And only stories on college football. Before we delved into the words describing our local NFL franchise. Baseball. Tennis. 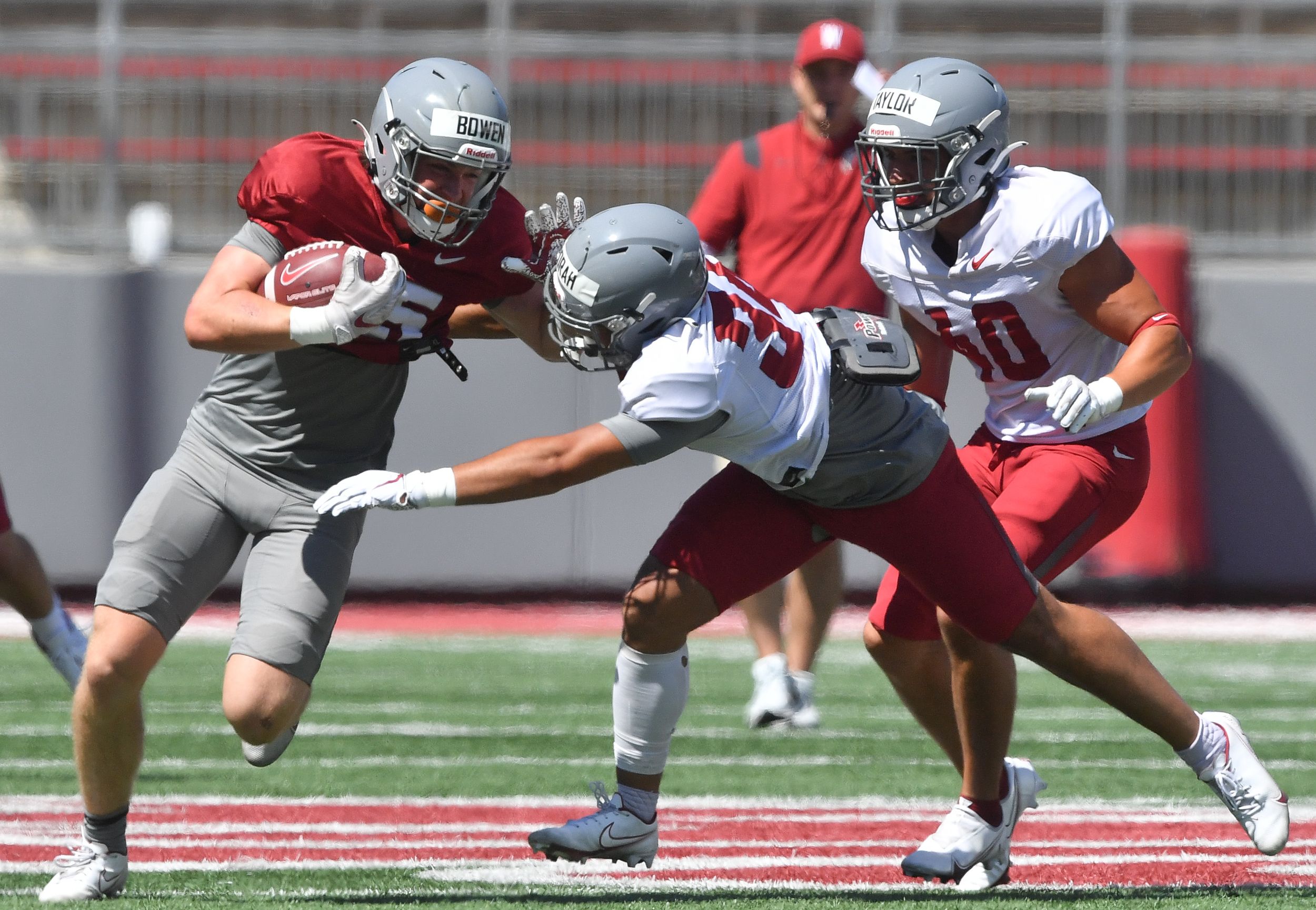 It happens every late summer but it still surprises us a bit. We’re pretty sure we know the reason. Denial. Fall may mean football to all of you but to some it is just the precursor to the hated days of 4:30 sunsets, broken-down snow blowers and seven lost gloves. Winter is coming folks, even if it is a few 90-degree days in the future.

Contrast that to the start of baseball season. Spring time. New growth. Rebirth. Everyone looks forward to spring, even those with hard hearts, better known around these parts as Astros fans.

Football is enjoyable, sure. And it serves a purpose. It distracts us from the changes in the air. Cooler nights. Falling leaves. Flowers passing away. Everything green turning brown and withering into dust.

If summer is lazy – and it is – then autumn is busy. We imitate squirrels, rushing here and there trying to get ready for what’s ahead. Even sports fans.

If you don’t have your fantasy research done by now, you’re scrambling, squirrel-like, to find that one nut that will make your fourth round decent. Or you’re scouring the first depth chart of the college season for clues whether you’re going to bet the over or under this week – or skip it entirely. Wondering what to pack for the game. How much you should trash talk your old high school teammate.

This year, like last, there is the added conundrum of how much time you should throw the Mariners’ way. Whether you need to save a few bucks to buy an after-market playoff ticket. Or if you can use the same amount of funds to, you know, buy a new car.

For sports fans, it is autumn already. Our part of the world is in its annual death throes. And, despite all our groaning, that’s a good thing.

• What’s funny about this Tuesday’s overflowing chest of sports stories is there was almost zilch to watch Monday night.

No football. No baseball, unless you are willing to waste a perfectly good evening on a game from the Heartland. No basketball.

No wonder the folks in Flushing Meadows scheduled Serena Williams’ opening-round match in her final U.S. Open for prime time. Sure, she is always going to be the main event. But whoever looked at the Monday night sports schedule, realized it was devoid of anything resembling competition – other than reruns of Chopped – and alerted their bosses, that person deserves a medal.

And the thanks of all of us in the viewing audience.

• We received a note yesterday chastising us for describing Washington State’s football opener Saturday with Idaho as “middle of the day.” It starts at 6:30 on TV with kickoff at 6:38. That’s p.m., of course. And certainly not “middle of the day” for people our age.

In our defense, the pregame activity, aka the reason many Cougar fans will be in Pullman, will be blessed with afternoon heat. Besides, a 6:38 start is at least an hour nearer noon than most games the Pac-12 Networks have broadcast out of the Palouse in the past decade. But, really, we just misspoke. Again. 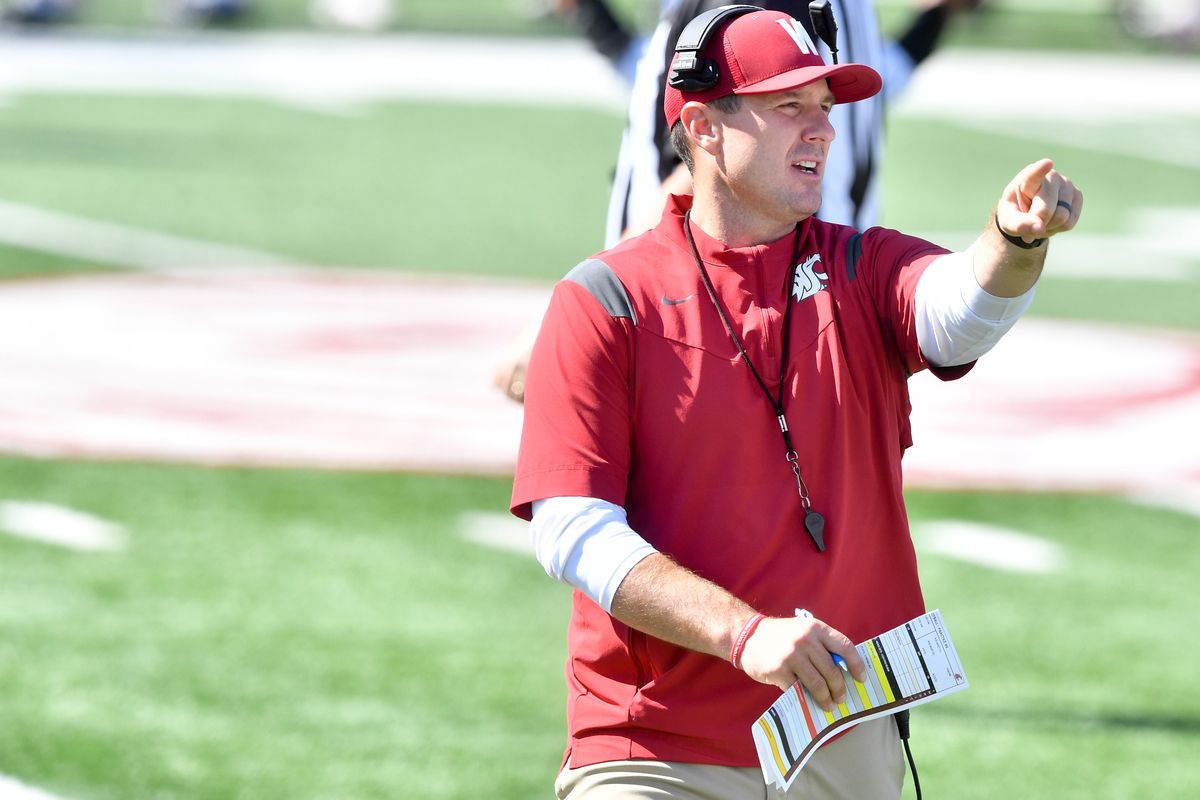 WSU: Strap in, because we have a lot to share. We start this week, as always with Colton Clark’s first look at the Cougars’ opponent. It just happens to be Idaho, the school from across the line just east of the car dealership. … There is also Jon Wilner’s yearly Mercury-News hot-seat column. Jake Dickert is, rightly, near the bottom end of the conference here. … Elsewhere in the Pac-12 and college football, Wilner also has his bowl predictions. He thinks the Cougars are headed to Los Angeles. … Washington’s Kalen DeBoer held a press conference yesterday and had a lot to say. … There is a best-case scenario for the Huskies this season. And a worst-case one. … As Oregon prepares for its opener at Dan Lanning’s last employer, Georgia, there is a familiarity between the programs. Who does it help? And do the Ducks have enough to stay with last year’s national champions? … Oregon State will start the quarterback who gives it the best chance to win. Sorry. … Not sure how much we care about what Aaron Rodgers says these days. Mainly because you can’t tell if he’s lying or not. … Colorado settled on its captains. … Kyle Whittingham talked yesterday as well. He covered a lot, including naming the recipient of a key Utah honor. … It’s going to be hot for UCLA’s opener Saturday. But there is not a lot of heat in the Bruins schedule. … USC has an easy start as well. … It’s time to bust some Arizona State myths. And look ahead to this season. … Jedd Fisch knows his Arizona squad is improved. How much? No one is sure of that.

Gonzaga: The Bulldogs waited until my better half sent in her season-ticket renewal money to announce their nonconference schedule. It wouldn’t have made a difference. That it is pretty good, as Jim Allen tells us here, makes it all the better. 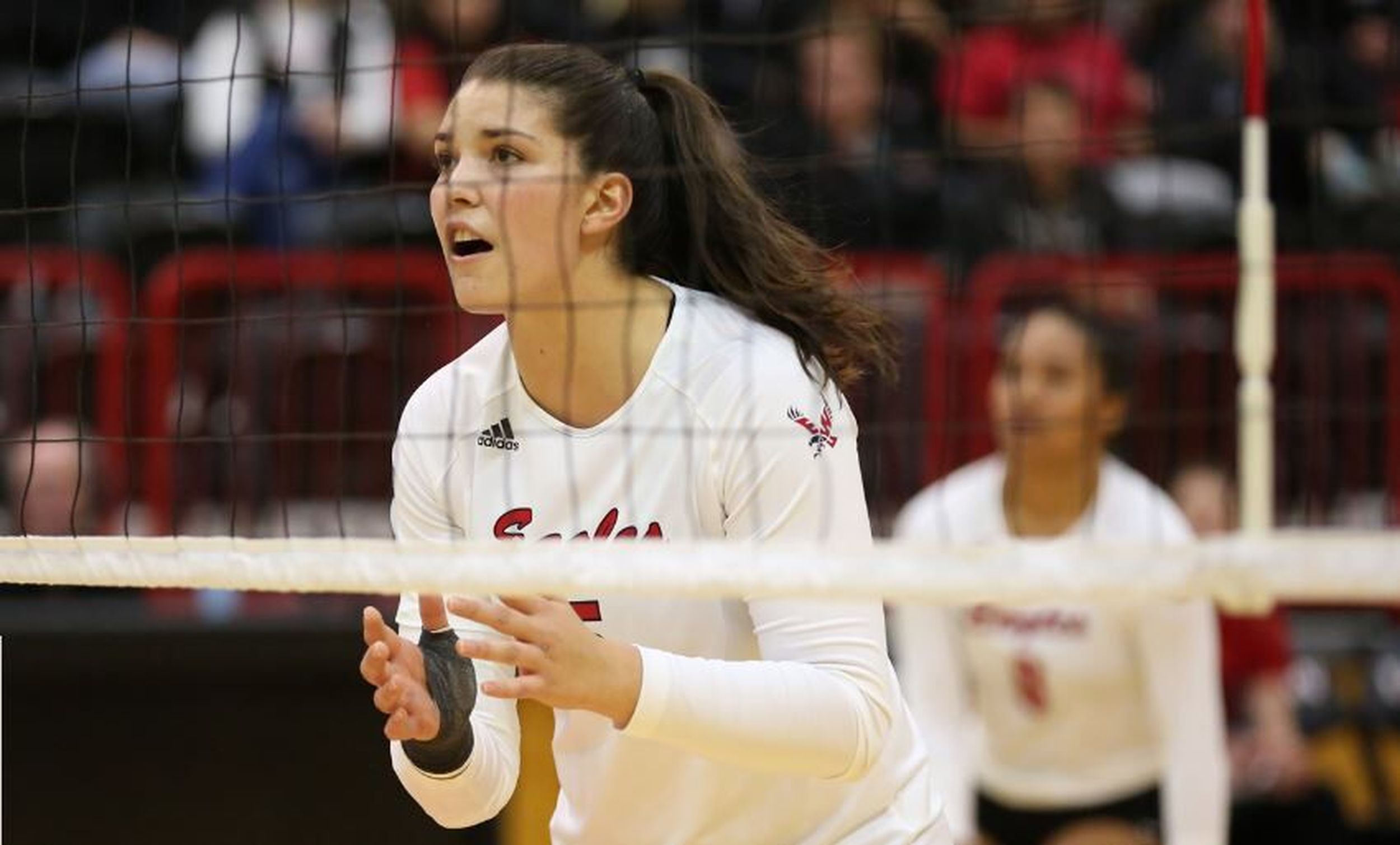 EWU: An Eastern volleyball player earned another chance to play for her national team. That news leads off the latest local briefs column in the S-R. … Around the Big Sky, Northern Arizona opens with in-state foe Arizona State. … Highly ranked UC Davis also faces an in-state Pac-12 foe, California. … Weber State is going with its most experienced quarterback. … Charlie Ragle’s first game at Idaho State taught him a lot. … Montana’s first game is with a Northwestern State program in flux. … McNeese State, Montana State’s opponent this week, also has a new look.

Idaho: Doesn’t matter who the Vandals play this season (and the nonconference football schedule is tough), they have to embrace it, according to first-year coach Jason Ecks. Peter Harriman has more from Ecks’ weekly press conference. 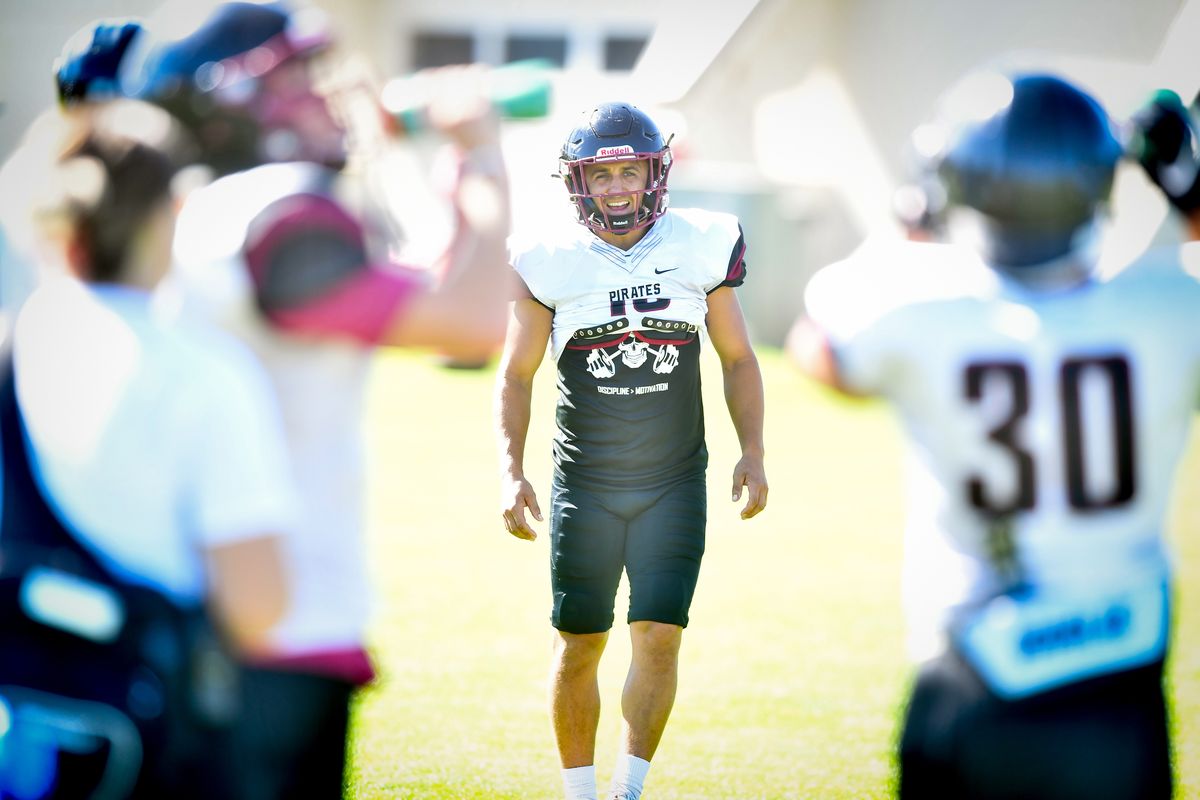 Whitworth: It’s not unusual for players at the upper levels of college football to stay and play as long as they can. After all, it doesn’t cost them anything but the wear and tear on their body. At the Division III level, however, there is another cost involved. A monetary one. Which is one reason why the players featured in Dan Thompson’s story are to be commended. They are making even more of a sacrifice to play the game they love.

Seahawks: For those of you holding out hope Jimmy Garoppolo would ride to the rescue, forget about it. The 49ers lucked into a solution of their problem and he’s staying this season. … Drew Lock’s last name may rhyme with luck but he doesn’t have any. … How many of this year’s draft picks are going to make the roster? 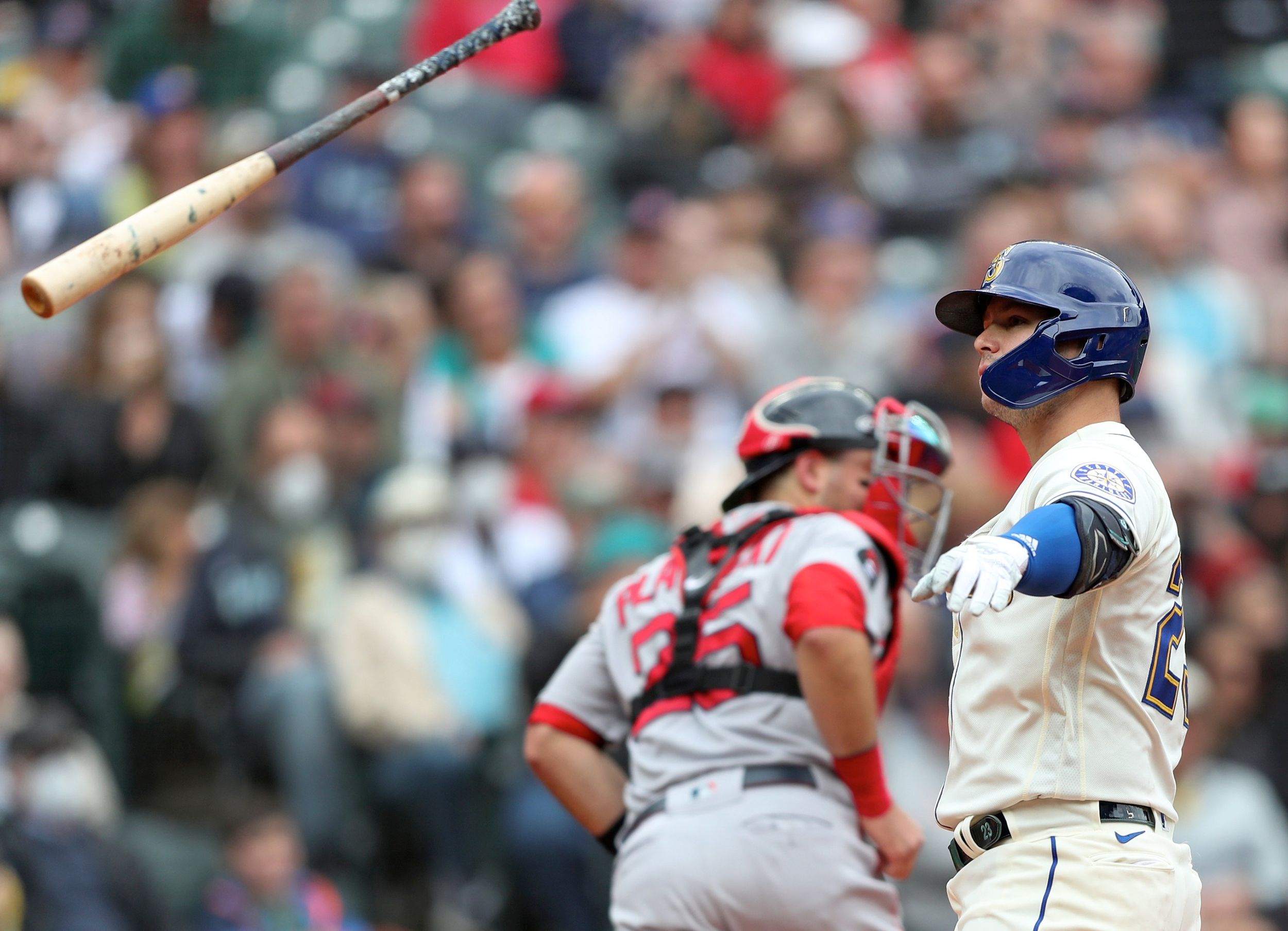 Mariners: Ty France seems to have finally broken out of his slump. … The MLBPA is reaching out to minor league players, like those in Spokane. It is gauging the players’ interest in union representation.

Storm: There were lessons to be learned from Seattle’s victory in Las Vegas.

• We’ve had enough. We’re already burned out. An ash heap of college football knowledge. By the time we finish off Labor Day with a bowl of ice cream, we’ll be so done with offsides calls and fumbles and one-handed catches and targeting and Keith Jackson-wannabes, we’re going to want to sleep a week. Not possible. We miss July already. Until later …