A GRIP ON SPORTS • Crowded may be the best word to describe December days. Daylight hours are minimal, and usually freezing, so anything done outside has to be done quickly. Nights are forever, sure, but Christmas shopping fills up any unused hours. And then there are sporting events. They can hit any time of day – and can come at you from any angle.

• Take this weekend as an example. There is no rest. 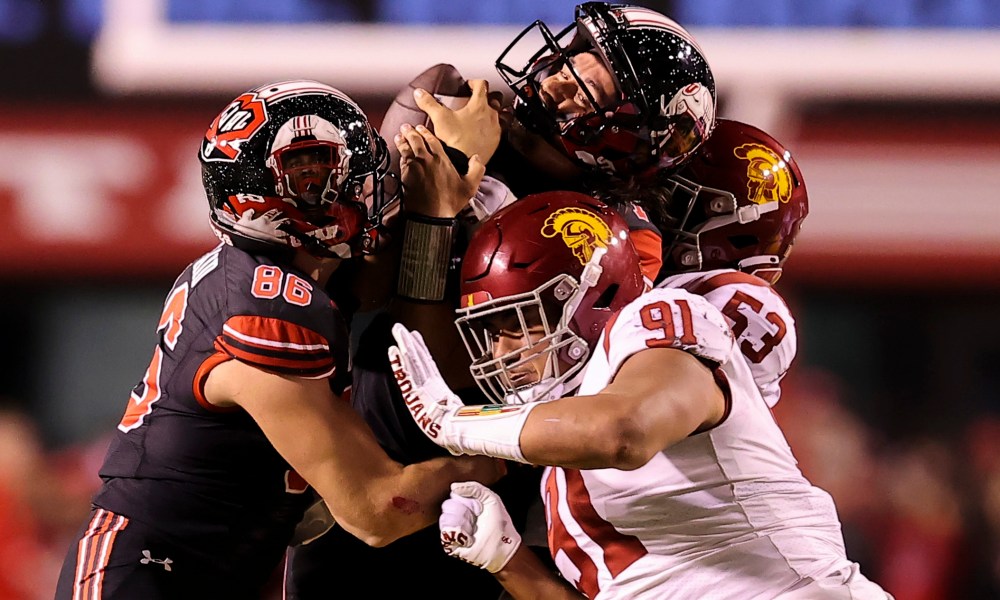 Both begin at 5 p.m., which means you better start coughing at work about 3:30 if you want to beg off early and get in front of the big screen in time.

Fourth-ranked USC’s attempt to earn the conference’s first playoff berth in a century – OK, since Washington in 2016 season – and get a measure of revenge against Utah plays on Fox 28, which is easy to find.

Unless you are a Comcast customer and have one of those sweet Peacock deals, it’s not going to be easy. The streaming service has the game with sixth-ranked Baylor from the Sanford Pentagon in Sioux Falls, S.D., which means switching between tonight’s two top events will be cumbersome to say the least.

But that only matters to those of us with eclectic tastes. College football fans will stay with the game from Las Vegas, Gonzaga fans will have their hearts in South Dakota. 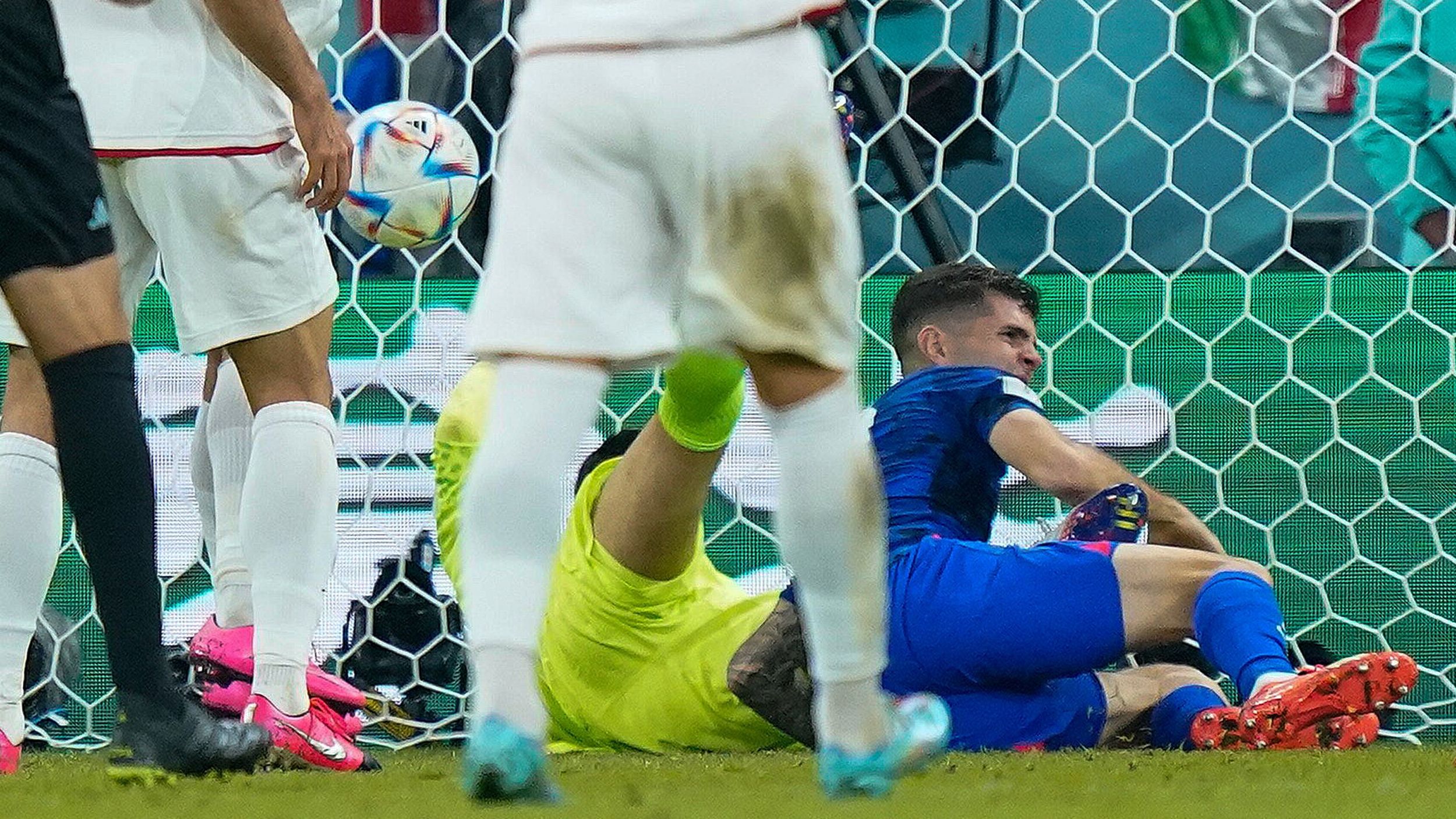 Watching Saturday’s top events will be quite a bit earlier. With the World Cup half-a-globe away, the U.S.’s knockout-round match with Netherlands will begin at 7 a.m. on Fox 28. That’s awful early to be up on the weekend. Besides, it will cut into our Lee Corso time.

Why is that important? Because of all the compelling conference championship football games. Excuse us while we wretch a little. We don’t like lying.

Conference title games are a relic of the past. Or should be. For every USC/Utah matchup which actually determines something, there are three that don’t.

Michigan playing Purdue (5 p.m., Fox 28)? Sure, the Boilermakers have a puncher’s chance, but the Big Ten title game was last week in Columbus. LSU vs. Georgia (1 p.m. CBS)? Anyone think if the three-loss Tigers upset top-ranked UGA, they actually have a chance of playing in the semifinals over the Bulldogs? Me neither.

TCU and Kansas State play at 9 a.m. on ABC, which means we will find out if a coach who failed at California can put together a perfect season just a few years after he was run out of Berkeley. If not, then maybe Nick Saban will be invited to the CFP party for old-time sake.

After that, the weekend is filled with lots of college basketball games.

The Pac-12 returns on Sunday, highlighted by Washington State hosting Utah (1 p.m., ESPNU). The Utes are coming off a huge upset of fourth-ranked Arizona while the Cougars are just trying to get healthy – in more ways than one.

Of course, there is the NFL on Sunday. The Seahawks, trying to snap an unexpected two-game losing streak, travel to the Los Angeles Rams, whose entire season has been filled with unexpected losing streaks. The defending champions won’t have Matthew Stafford or Aaron Donald, the latter news probably causing Geno Smith to utter a few hallelujahs.

Looking at that schedule, when are we supposed to hit the stores for Christmas presents? It’s not like the weekends are going to open up between now and the 25th, is it? Bowl games continue. So does the World Cup. The NFL never slows. And college basketball will really ramp up.

Seems like we’re going to have to call in sick a few work days soon. 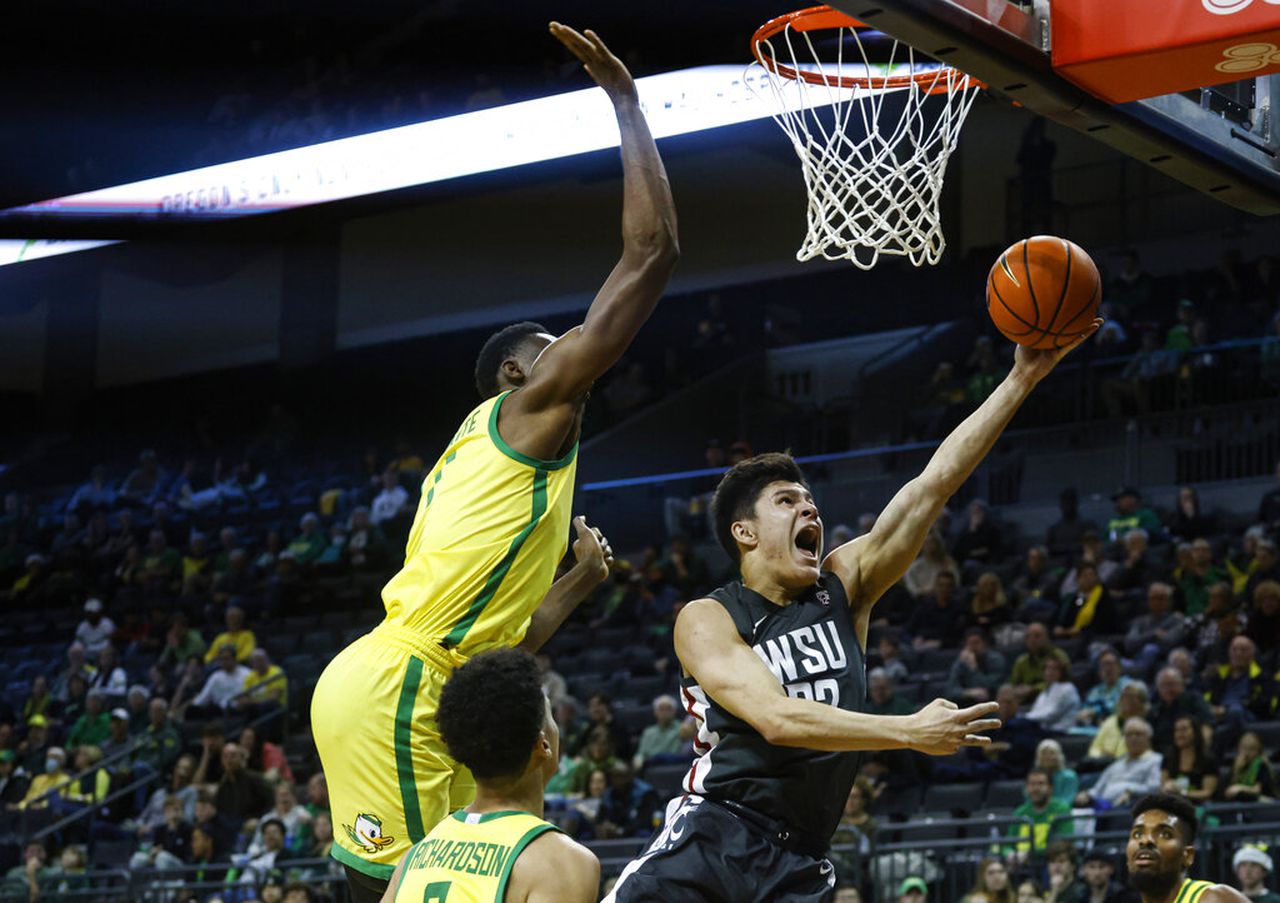 WSU: The Cougars’ lack of depth caught up with them last night in Eugene, especially inside. The result was a 74-60 loss to the also somewhat short-handed Ducks. Colton Clark has the game story. … Jack Wilson, who played on the offensive line for the football team this season, is back on the basketball court. At least he was last night in Eugene, as covered by Colton. … Colton also shares the news Eric Morris isn’t Texas State’s choice for head coach. … Washington State won its first-round NCAA volleyball match last night. Now the Cougars face host San Diego tonight. … Elsewhere in the Pac-12 and college football, with the Rose Bowl stepping back, the CFP will expand in 2024. Jon Wilner examines what that means for the Pac-12 in the S-R. … He also has a look in the Mercury News at where the media rights negotiations stand. … We mentioned the title game tonight pretty prominently above. But the game pitting USC and its flashy offense against Utah and its strength upfront defensively is a contrast in styles. … There is no chance Michael Penix Jr. is going to win the Heisman. But he has Heisman-like numbers. … Quarterbacks are leaving Colorado and Oregon State. … The Buffs’ offense was nothing special. … Arizona coach Jedd Fisch signed a two-year contract extension. … In basketball news, Wilner has his power rankings in the Mercury News, done before last night’s matchups. … There was one huge upset, with Utah rolling over fourth-ranked Arizona in Salt Lake City. … Washington came up just short against Oregon State in Corvallis. … Arizona State edged Colorado by one as the Buffs struggled in the second half. … UCLA had little trouble with Stanford. 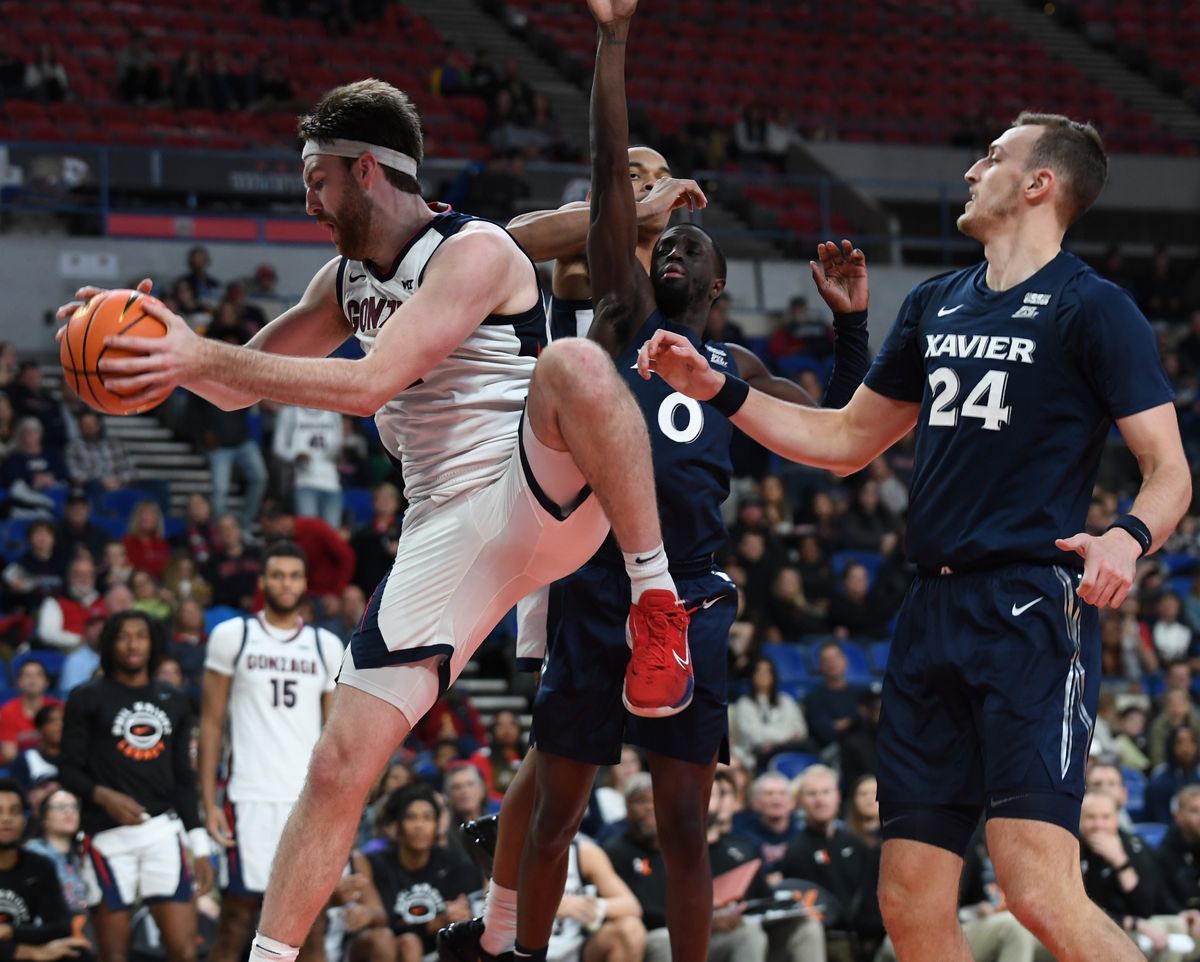 Gonzaga: Tonight’s matchup with Baylor is quite a bit different than the one a couple years ago between the schools. Theo Lawson delves into that this morning in his preview. He also has the key matchup. … Sean Miller took some time after Xavier’s recent loss to Gonzaga to mention his feelings about his former school, Arizona. As Jim Meehan tells us, he’s a Tommy Lloyd fan. … Being shorthanded seems to be common right now. The women were last night as they visited Stephen F. Austin but it didn’t matter. As Jim Allen shares, they rolled to a 71-59 victory. … Elsewhere in the WCC, we missed a few games from Wednesday night, like San Francisco’s rout of Arkansas-Little Rock (the Dons are 7-1), Saint Mary’s home loss to New Mexico and Colorado State defeating Loyola Marymount. Santa Clara also won in overtime against Wyoming but that game was played in Salt Lake City and finding anything about it is near impossible. … We also have last night’s one game, with Pacific holding off UC Davis.

Preps: Dave Nichols has a notebook which covers a variety of subjects this morning.

Indians: Spokane will have a new manager next season. The Rockies have cut ties with Scott Little after two years. Dave has that news as well today. 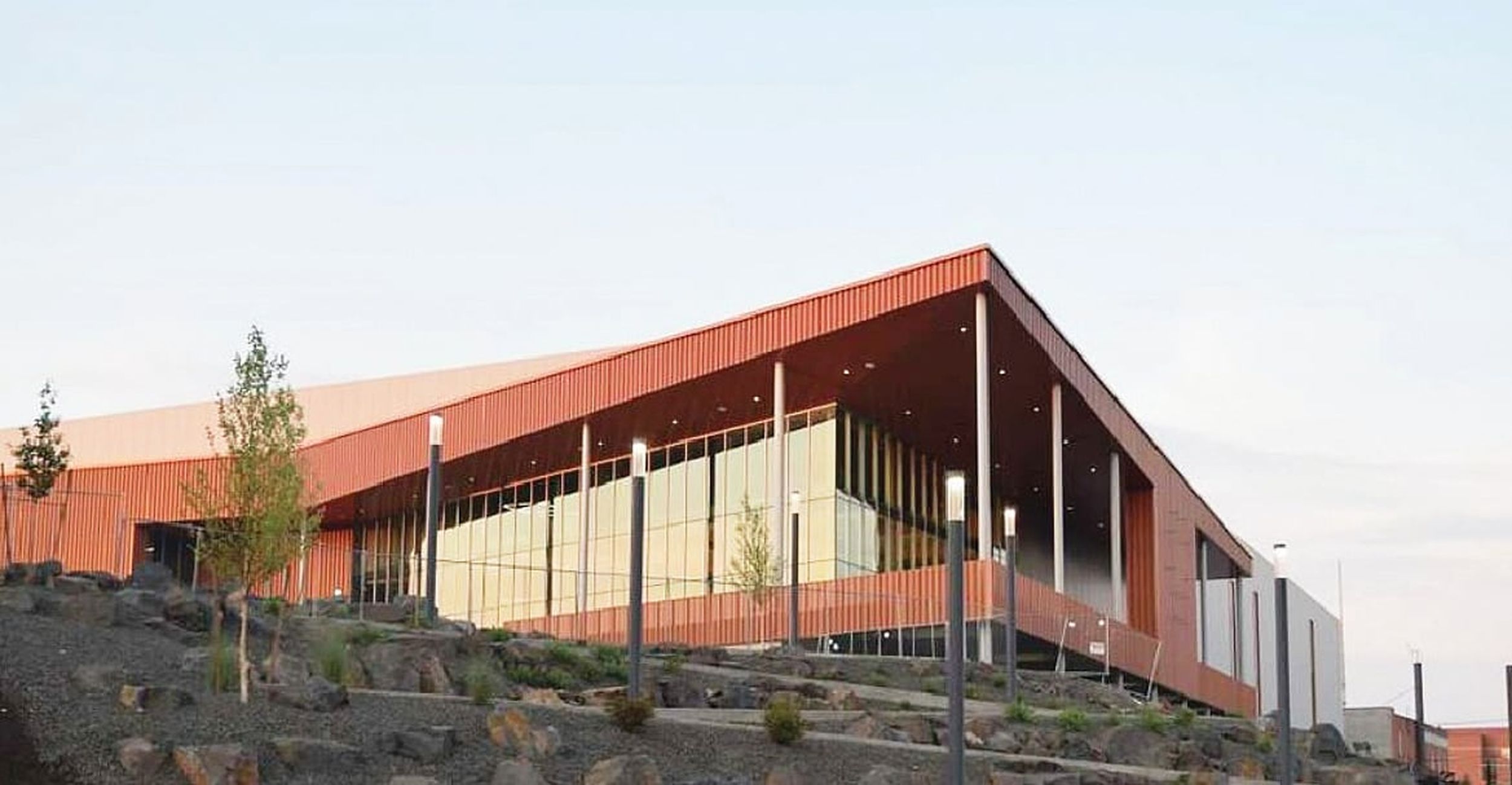 Wrestling: The Podium helped Spokane attract a national championship freestyle event for three consecutive years. Starting in 2023, the city will host the women’s matches. Tom Clouse has all the details in this story.

Seahawks: Smith doesn’t show many signs of slowing down. … Jordyn Brooks has had to replace Bobby Wagner in a lot of ways. … Russell Wilson seemed a Hall of Fame lock. But is he?

World Cup: Christian Pulsic is doing everything he can do be ready to play Saturday.

• Should we be here tomorrow? Or should we spend the two hours we usually use to put together this column watching the U.S. team play the Dutch? Not sure right now. There is the danger, of course, that if we don’t watch and they lose my fanatical soccer fan son will blame us for the defeat. Then again, if we do watch and they lose, he might think that was the reason. Either way, it’s my fault. Until later …