A GRIP ON SPORTS • We’re not writing much this morning, no matter how many questions about what happened last night we may have.

• We wonder how it is USC can unceasingly find ways to pull the chair out from its West Coast brethren – and if it will ever stop. We wonder how it is Gonzaga could play Baylor, fight and claw for 39 minutes of bloody conflict and have a phantom rebound foul decide the outcome. And we wonder why anyone would think streaming, in 2022, is ready for prime time. 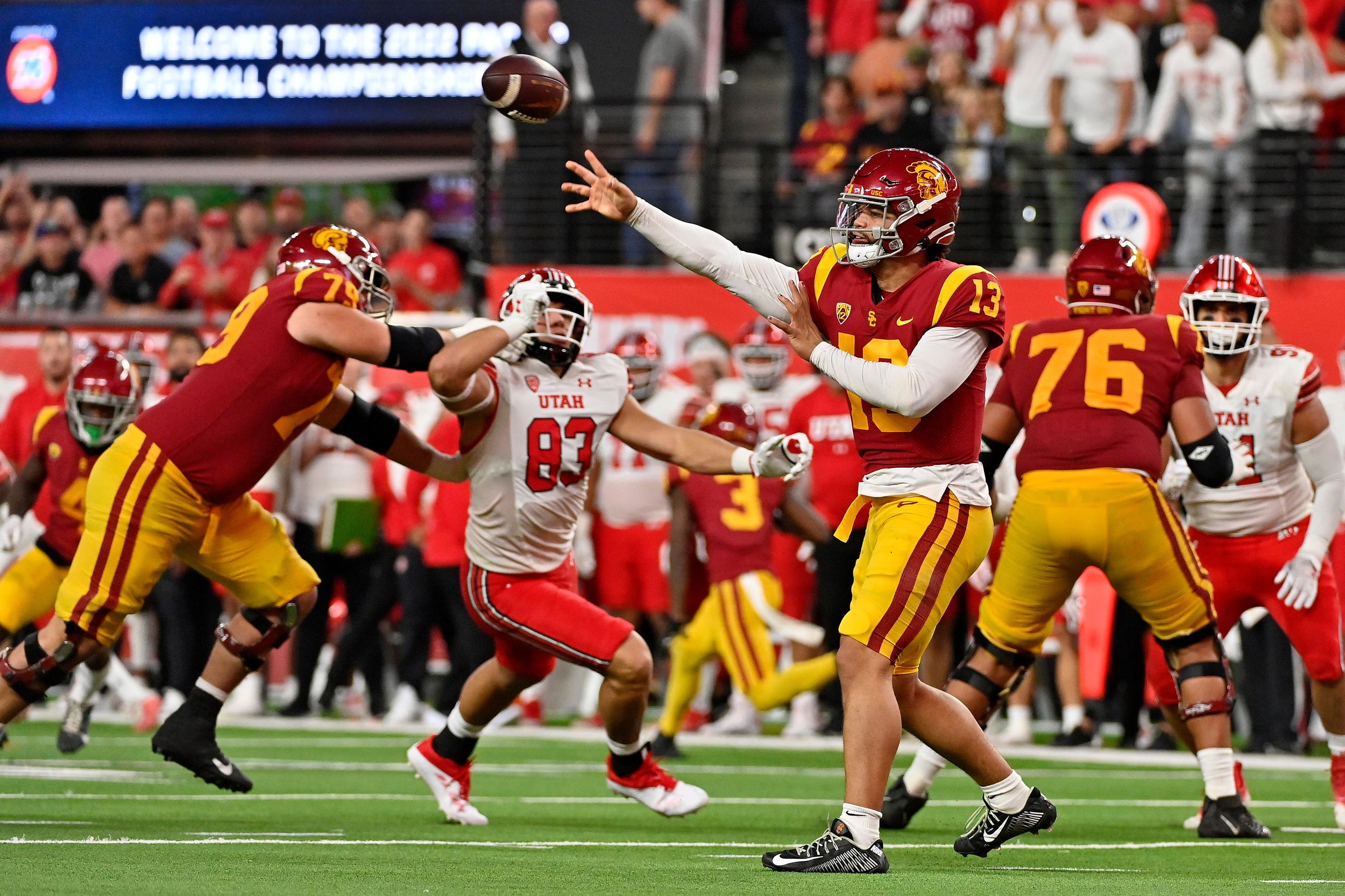 The answers, we guess, are pretty simple.

The Trojans have been a Big Ten sleeper cell for 80 years. They’ve just been activated since Pete Carroll left.

Ten years of destroying the Pac-12’s reputation by being so darn uncompetitive and ill-led, then hiring a new regime that leads them into the Midwestern wilderness for a winning coach and quarterback. Finally, allowing the conference athletic directors to dream about College Football Playoff riches flowing in, only to pratfall in the title game.

It’s such a devious and delicious plot, only a Hollywood screenwriter could think it up.

Either that or since about 1930, the Trojans have been playing 3-D chess while the rest of us rubes in the Pacific time zone have been sitting around playing checkers.

• The questions from Gonzaga’s one-point loss to Baylor in South Dakota – of all places – are even more Byzantium in nature. Sure, the simple answer is there. The Zags are not going to be successful until they get better point guard play, which points a finger directly at sophomore Nolan Hickman. But in this case, we’re not into simple. 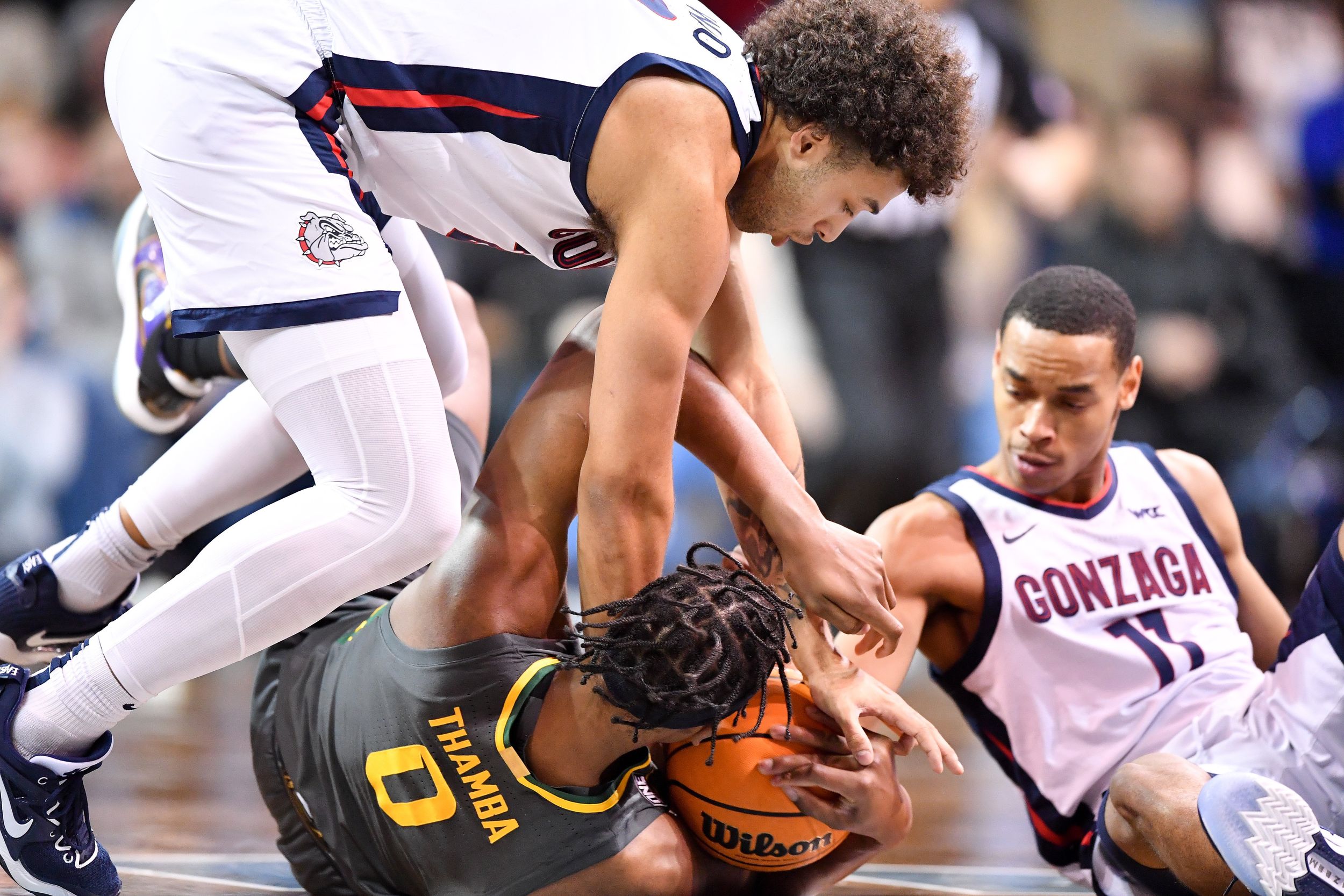 After all, trying to watch the game on Peacock was anything but simple – even for us Comcast subscribers who could switch to the game with a voice command. But going back and forth between the streaming service and Fox (where the Pac-12 title game was broadcast) was a series of halting steps, yellow circles and way-too-long waits.

We figure the same guy who decided to put it on Peacock also decided to assign Kipp Kissinger to the game. Oh, sure, Kissinger is a fine official. But he also was on the crew of Baylor’s last NCAA Tournament game. You know, the brawl with North Carolina that included a key flagrant foul and then an abdication of the responsibilities to call fouls. (Don’t take my word for it. Read what Pat Forde had to say.)

Last night, the-let-them-crush-each-other philosophy was continued by Kissinger, Michael Greenstein and Marques Pettigrew. Which is fine. Of course, it made it almost impossible for Drew Timme to operate underneath or Baylor’s Adam Flagler to move on the perimeter. Freedom of movement, we guess, is one of those things they’ve banned in South Dakota.

And then, after 39 minutes and 40 seconds of blows, the game comes down to a phantom foul. A touch, maybe, from Timme on a rebound. Contact, that if called every time it occurred, would mean 1,734 whistles. There was no advantage gained. Except that Baylor was gifted two free throws that supplied the final margin.

It’s not that GU didn’t have chances after (and before, as they blew a seven-point late lead). It did. Without Timme. And without a veteran point guard to make key decisions. The Zags lost. No question about it. There were enough other questions Friday night. 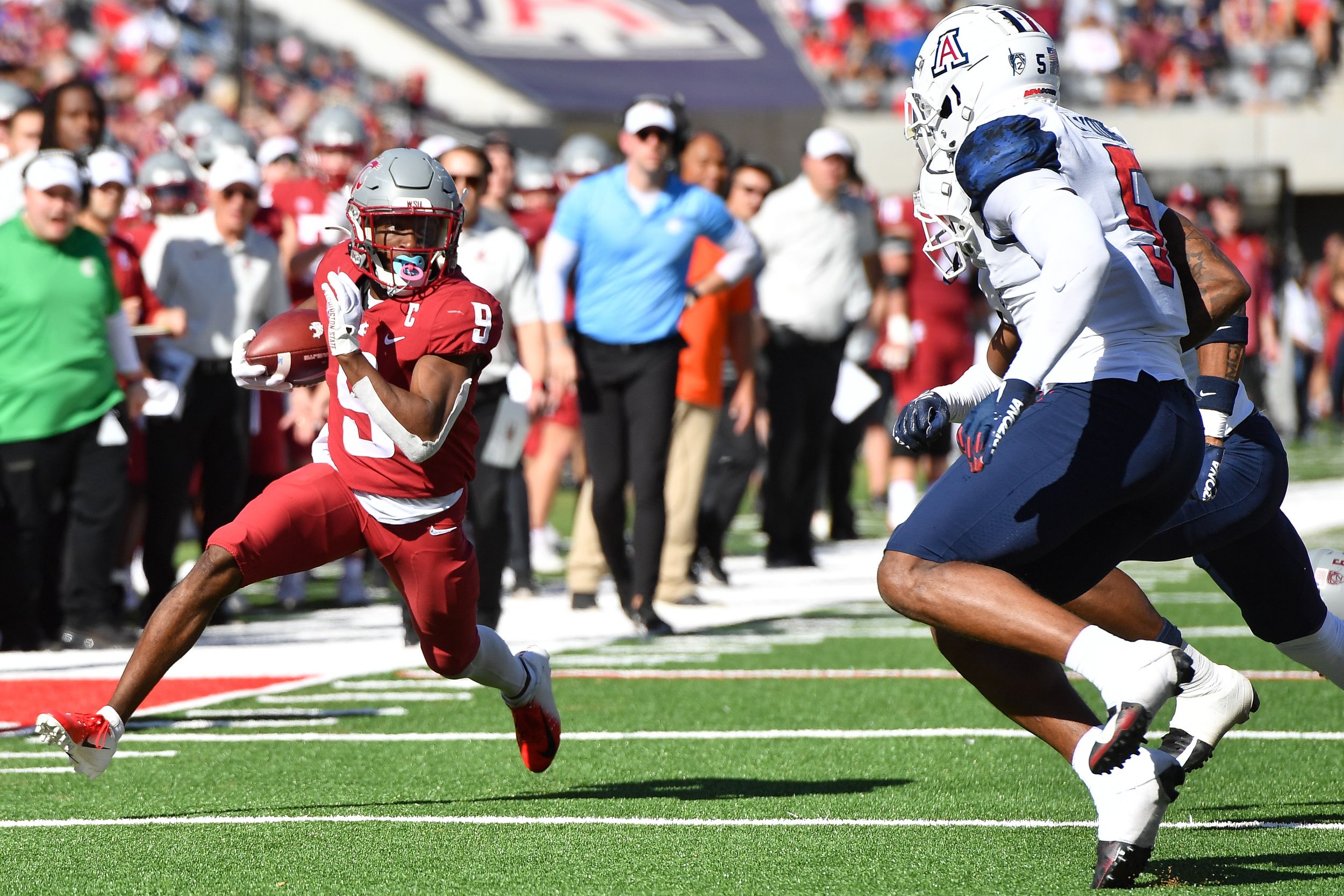 WSU: Speaking of questions, Colton Clark spent his Friday running down answers. Some were not happy ones, like Renard Bell’s status for the Cougars’ bowl game. He won’t be playing. Or Travion Brown entering the transfer portal. Then there is this news about the head of football conditioning, Dwain Bradshaw, leaving. Other news, like Brennan Jackson returning for a sixth year, should make fans happy. Or new recruits committing. Colton has it all this morning. … The women’s basketball team won at home last night. … The volleyball season ended in the NCAA Tournament with a loss at the University of San Diego. … Elsewhere in the Pac-12 and college football, we mentioned above the football title game from Las Vegas. Once Caleb Williams was injured, USC had no chance of moving the ball consistently against Utah. And, with the Trojans’ leaky defense, that was that. The Utes won 47-24 ensuring once again the Pac-12 will be left out of the CFP. Jon Wilner has his thoughts on the outcome in the Mercury News. … He also delves into the Rose Bowl’s future and passes along recruiting news. … We linked a lot of stories from the title game above. But the folks in Utah had a lot of happy news to read this morning as their team is headed to the Rose Bowl once again. … With the coaching change at Stanford, expect transfers. … Heck, expect transfer everywhere, including Washington. And Arizona. … The UCLA chancellor apologized after the Big Ten news came out. … How close is Colorado to hiring Deion Sanders? … Beau Baldwin coached at Eastern Washington and led the Eagles to a national title. He has been the head coach at Cal Poly for a few years. Now he seems to be headed to Arizona State as offensive coordinator. … In basketball news, will the loss to Utah wake up Arizona? … Is there anything that can wake up California? … Colorado is consistently inconsistent. 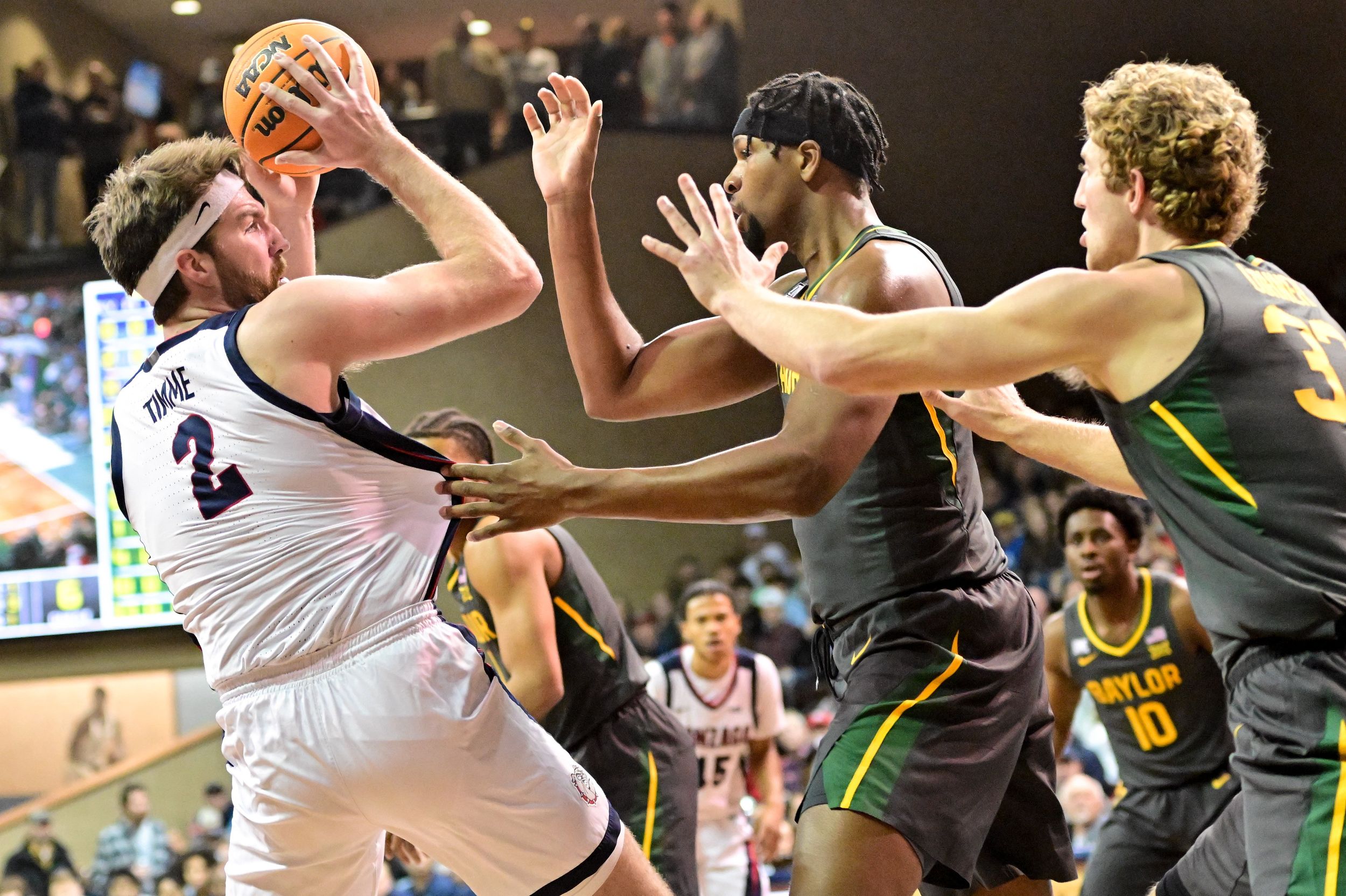 Gonzaga: One hundred and one seconds from the end, the Bulldogs led by seven. The last 16 seconds, with Baylor leading by one, seemed to take 101 hours. All unfruitful for GU, as Theo Lawson describes in his game story. … Baylor had a great strategy for containing Timme, as Jim Meehan relates, but it won’t work unless the tenure of the game, and the contact allowed, mirror’s last night’s. … Tyler Tjomsland has a photo gallery from the game. … There is also a recap with highlights from the folks in the office and a quick look at the game.

Idaho: The Vandals picked up a much-needed home win over Northern Illinois, 84-47. Peter Harriman was at the game and has this story. … Elsewhere in the Big Sky Conference, Montana is at North Dakota State in FCS playoff play today. … Montana State hosts Weber State in a all-Big Sky matchup. And a rematch. … Sacramento State hosts Richmond. 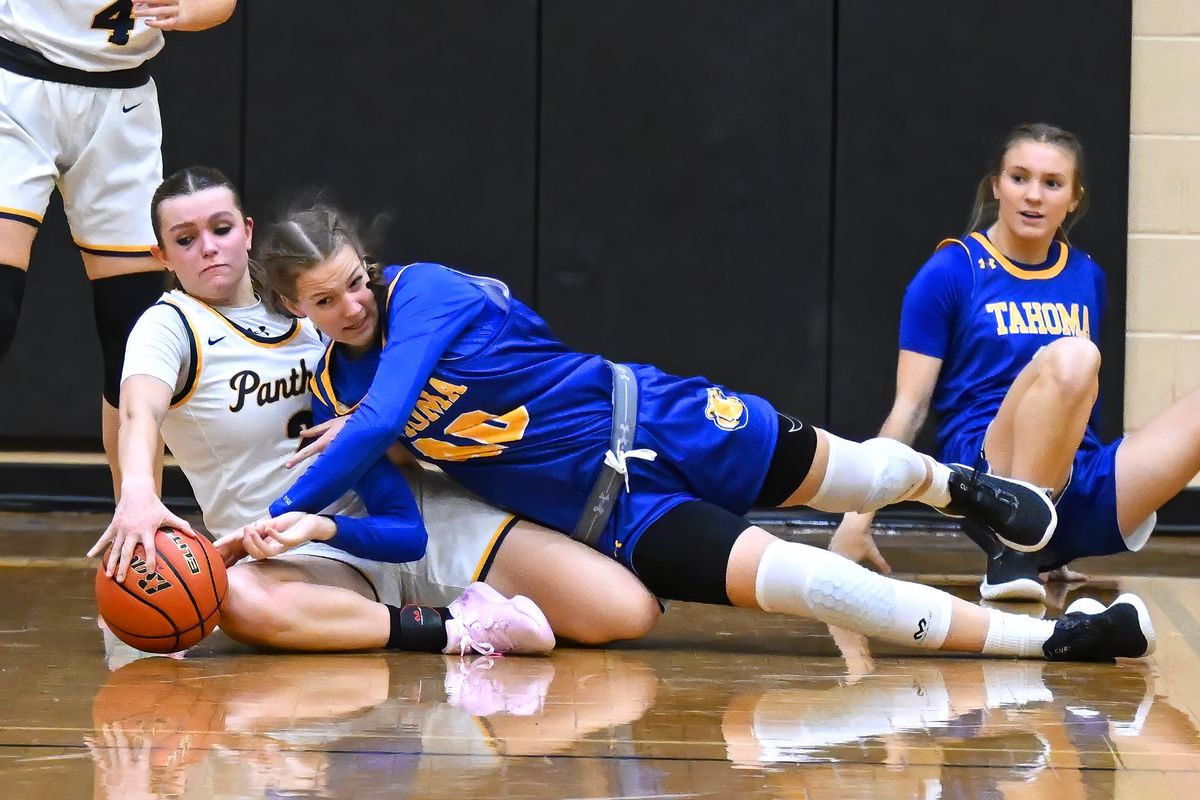 Preps: Dave Nichols traveled to Lewis and Clark High last night to cover the games at The Fitz basketball tournament. … Colin Mulvany was also there and has this photo gallery from Mead’s loss to Tahoma. … Dave returns with a roundup of the basketball action in the area.

Chiefs: Spokane put its defense together and earned a 2-1 win over visiting Kelowna last night. Kevin Dudley was in the Arena and has this coverage.

Seahawks: The Rams are even more beat-up than the Hawks. 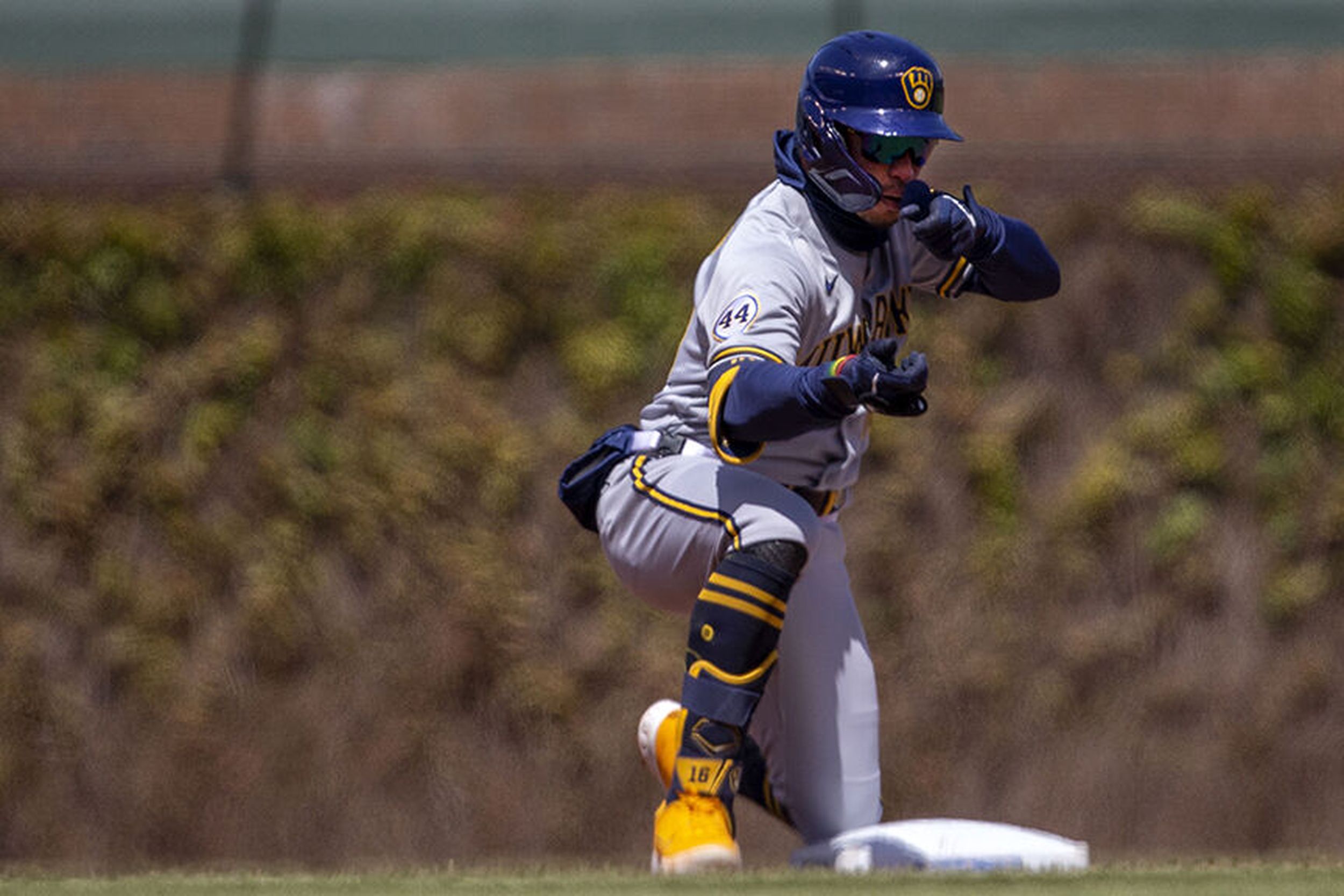 Mariners: We linked a story yesterday that proposed a trade for Kolten Wong. The M’s did just that, though the players they sent to Milwaukee included a couple who came to Seattle via trade and never panned out.

World Cup: By the time you read this, either the U.S. or the Netherlands will have moved on. With the Dutch up 2-0 at halftime, it’s probably not going to be the United States.

• We’ll be out late tonight. And back at it here tomorrow. Until then …