A GRIP ON SPORTS • You know what is wrong with anticipating a sporting event for a week or a month or a year or, goodness gracious, four years? If it doesn’t finish the way you wanted, it’s hard not to be depressed.

• We call it football syndrome, and it works in the world’s version of the game as well as ours. 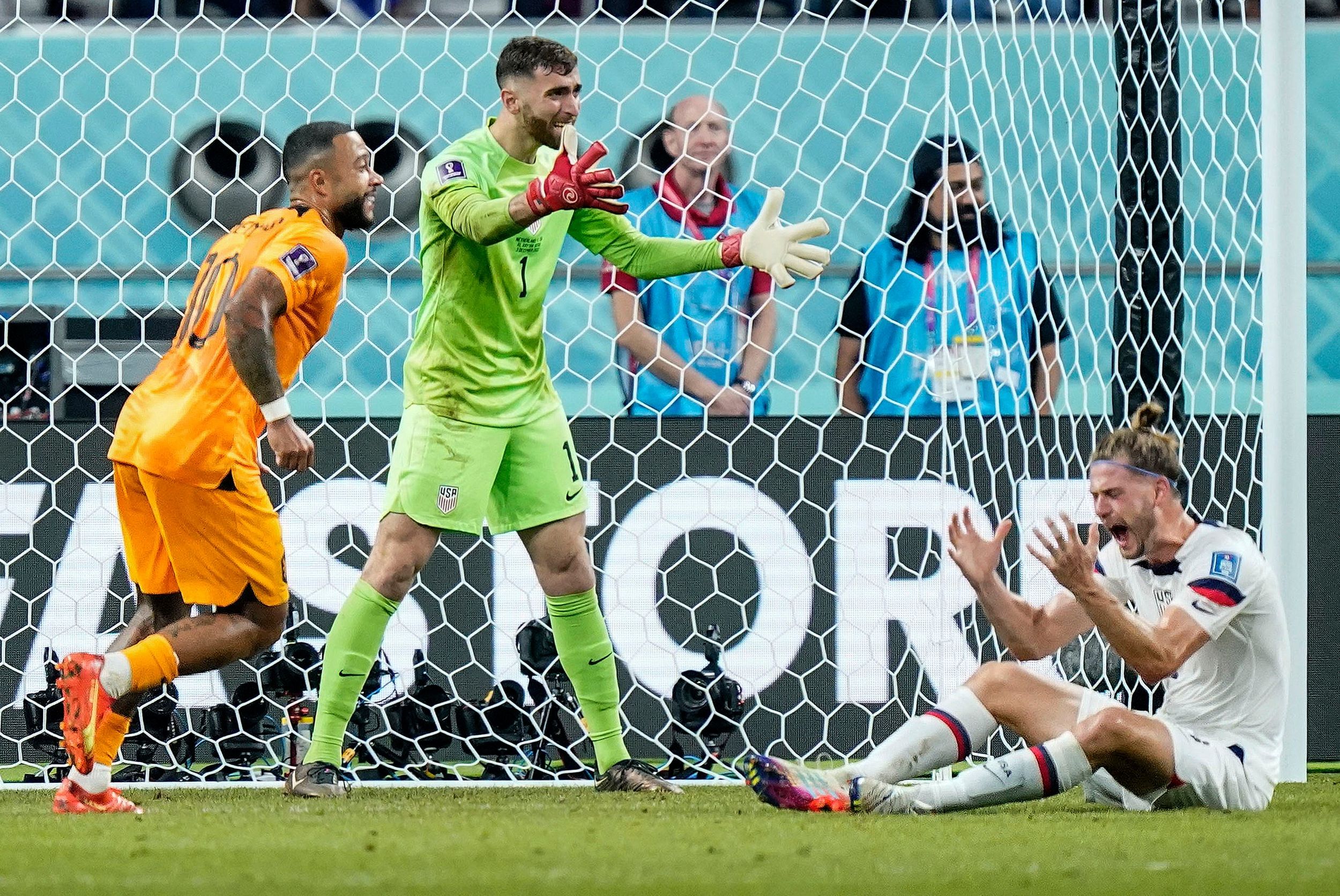 The World Cup yesterday certainly illustrated that for fans of the United States men. It’s been eight years since the red, white and blue had played in the world’s second biggest sporting event. Four years since they had failed to qualify. The round-robin part of the competition was pretty satisfying, sure, as the team didn’t give up a goal in the run of play, won once, drew twice and moved into the knockout round.

And that was that.

Less than a dozen minutes in, the run-of-play streak was over and, with the way this group played offense, it certainly seemed the U.S.’s 2022 World Cup adventure was as well. It was.

As losses go, it wasn’t that bad. Disappointing, sure, but no one really thought the U.S. was going to win the whole shebang, did they? So, sooner or later it was going to lose. Still, understanding it is inevitable doesn’t help in the moment. When the Dutch took a 2-0 lead into intermission, it was hard. But not as hard as it got after the United State scored to give everyone hope, only to give up the final goal in just moments.

It’s heartbreaking in a way. That’s the game, though. Tough to watch, tough to get through without some mental anguish.

To paraphrase the greatest philosopher of the 20th Century, one Norm Peterson, “Soccer. Can’t live with it … pass the beer nuts.” 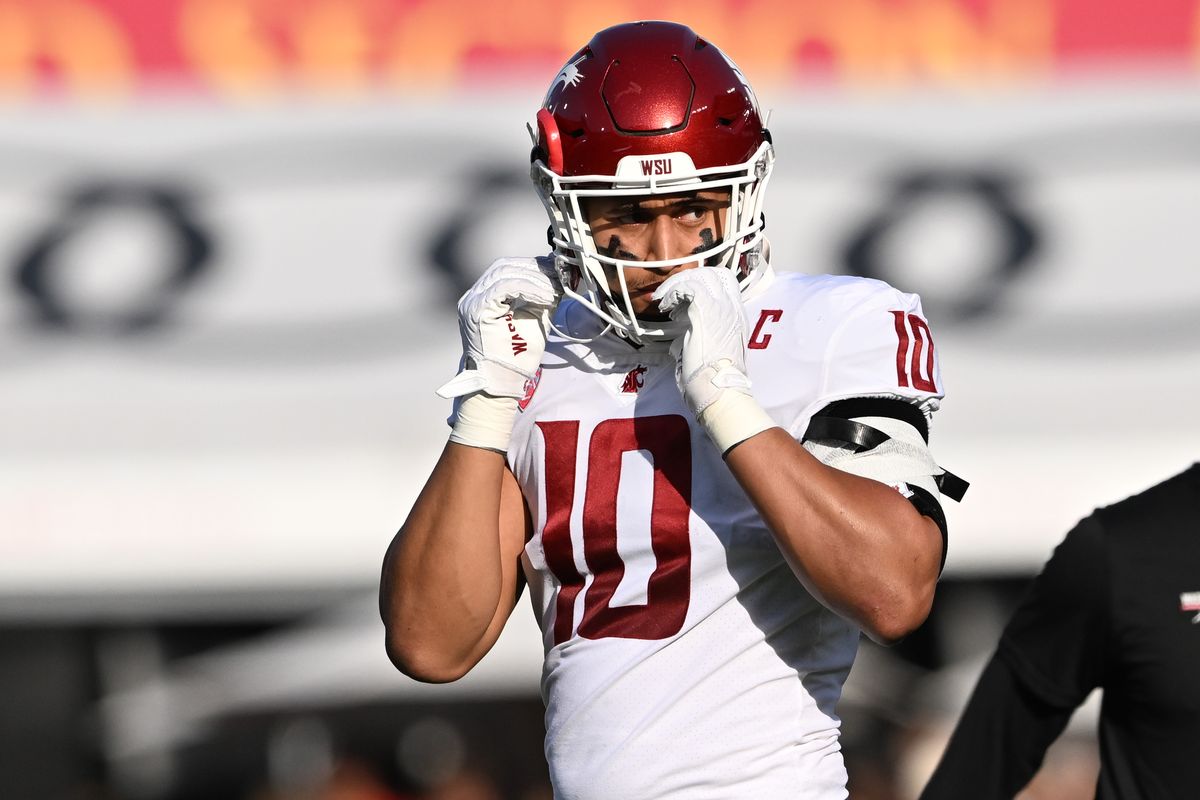 WSU: The transfer portal is hitting the Cougars hard. No, not with Ron Stone Jr. Colton Clark has a story on the edge rusher’s announcement he’s coming back to Pullman. That’s cool. But in the coaching ranks. Defensive coordinator Brian Ward is reportedly headed to Arizona State in the same role. The Sun Devils are going to have two coordinators who shined in the Inland Northwest: OC Beau Baldwin and DC Ward. … Speaking of Wards, backup quarterback Xavier Ward announced on Twitter last night he was headed to the portal. … Elsewhere in the Pac-12 and college football, Colorado made a splash Saturday. A big one. The Buffs hired Deion Sanders as their head coach. … Everyone eligible, including Oregon State, will find out their bowl destination at some time today. … Finding out which players are transferring? That might take longer for Oregon. … Arizona actually received some good roster news. … Utah grabbed the Rose Bowl berth by playing old-fashioned Ute football. … USC’s defense needs an offseason overhaul. … In basketball news, injuries will force Washington to play a small lineup. … Colorado just doesn’t win in Seattle often. … Oregon State seems to be making progress. Will it continue against USC? … The Bruins host Oregon. … Coming off the upset at Utah, fourth-ranked Arizona has a bye, er, California. 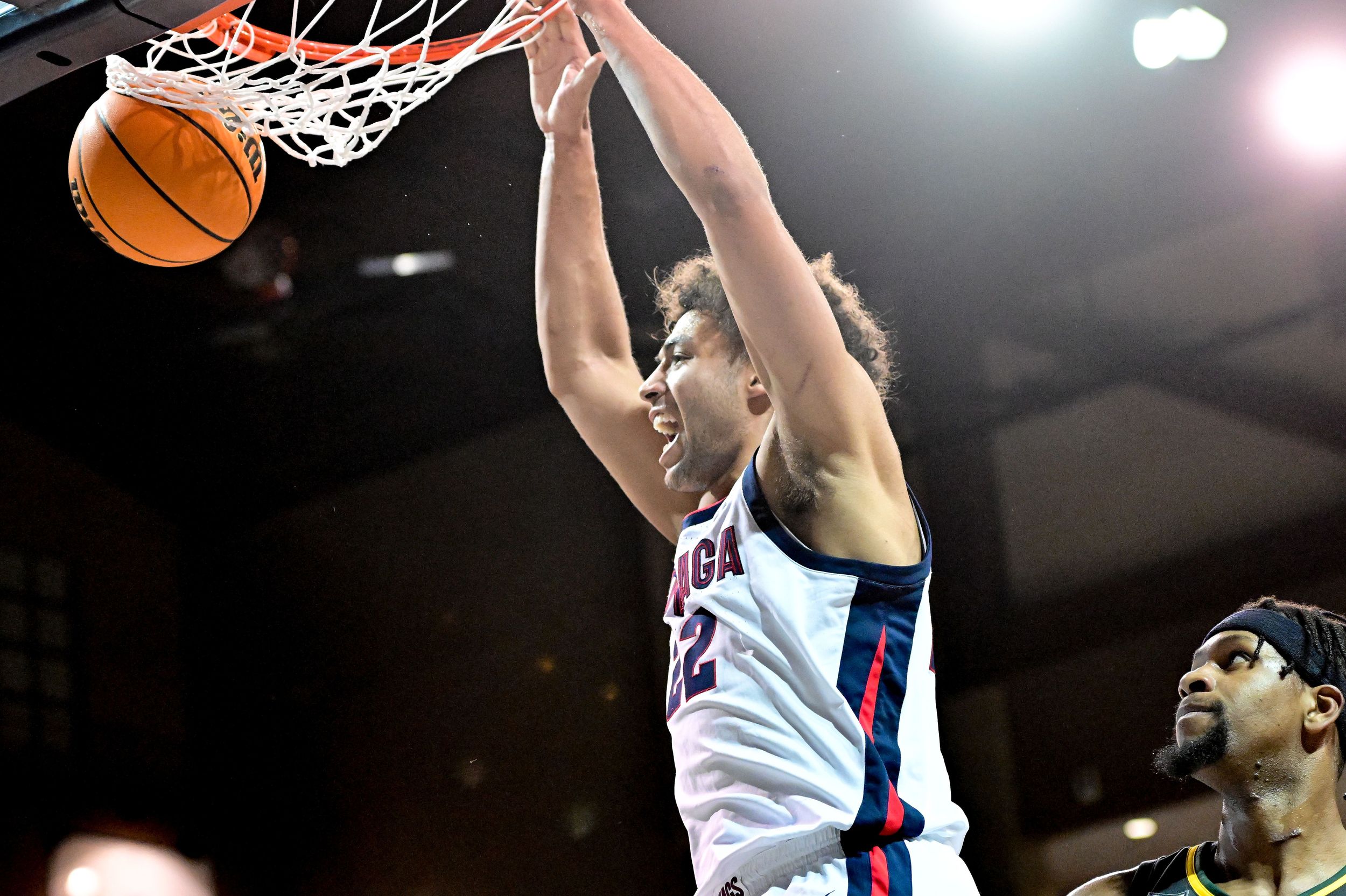 Gonzaga: The biggest positive we’ve seen thus far in the GU season? The emergence of Anton Watson as a consistent force in the Zags’s success. He certainly played a big role Friday night as Theo Lawson covers here. … Dave Boling spends some time today reminding us about the first great basketball player Gonzaga ever produced. No, not that John guy. Frank Burgess. … The Zag women are in the Bay Area to take on No. 1 Stanford. Most of them anyway. Jim Allen explains in this preview. … Elsewhere in the WCC, Saint Mary’s tried to the give the conference its biggest win of the season but fell to No. 1 Houston 53-48. … BYU lost another neutral site game, this one 69-68 to South Dakota. … UNLV ran past San Diego 95-78. … Host Portland pounded North Dakota 90-69. 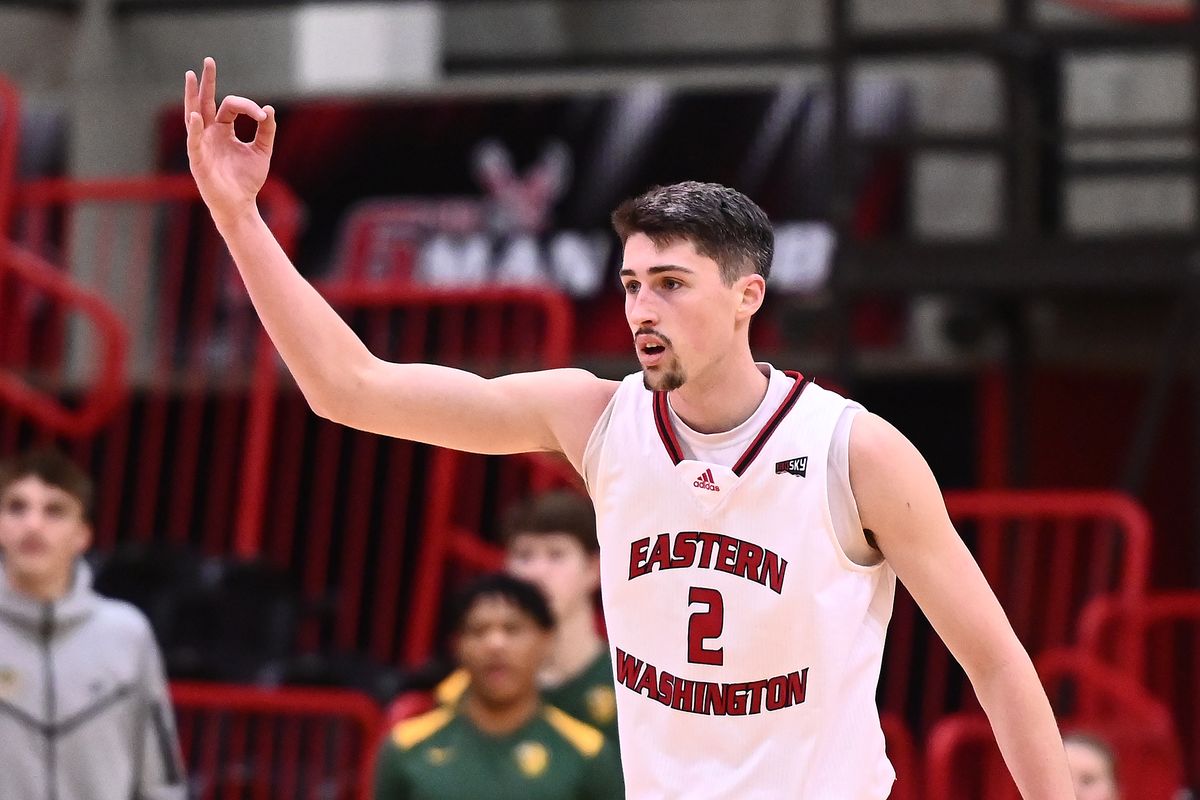 EWU: We’ve watched Steele Venters play basketball for a long time. We knew he was capable of scoring 33 points in a game. He showed everyone else that last night, as he led the Eagles pas visiting North Dakota State 78-70. Dan Thompson has the game story. … Elsewhere in the Big Sky Conference, Montana State and Sacramento State moved into the FCS playoff’s final eight. The Bobcats held off Weber State 33-25 in Bozeman while the Hornets rallied past Richmond 38-31 in a rainy Sacramento. … Montana’s season ended as North Dakota State ran away in the second half for a 49-26 victory. … In basketball news, Weber State is questioning some things. … Idaho State lost to Southern Utah 69-59. … Northern Colorado upset Colorado State 88-83.

Preps: It’s been 40 years since Gonzaga Prep won its first State football title. David Oriard takes us all for a walk down Memory Lane. … Dave Nichols shares his roundup of Saturday’s prep action in a variety of sports. 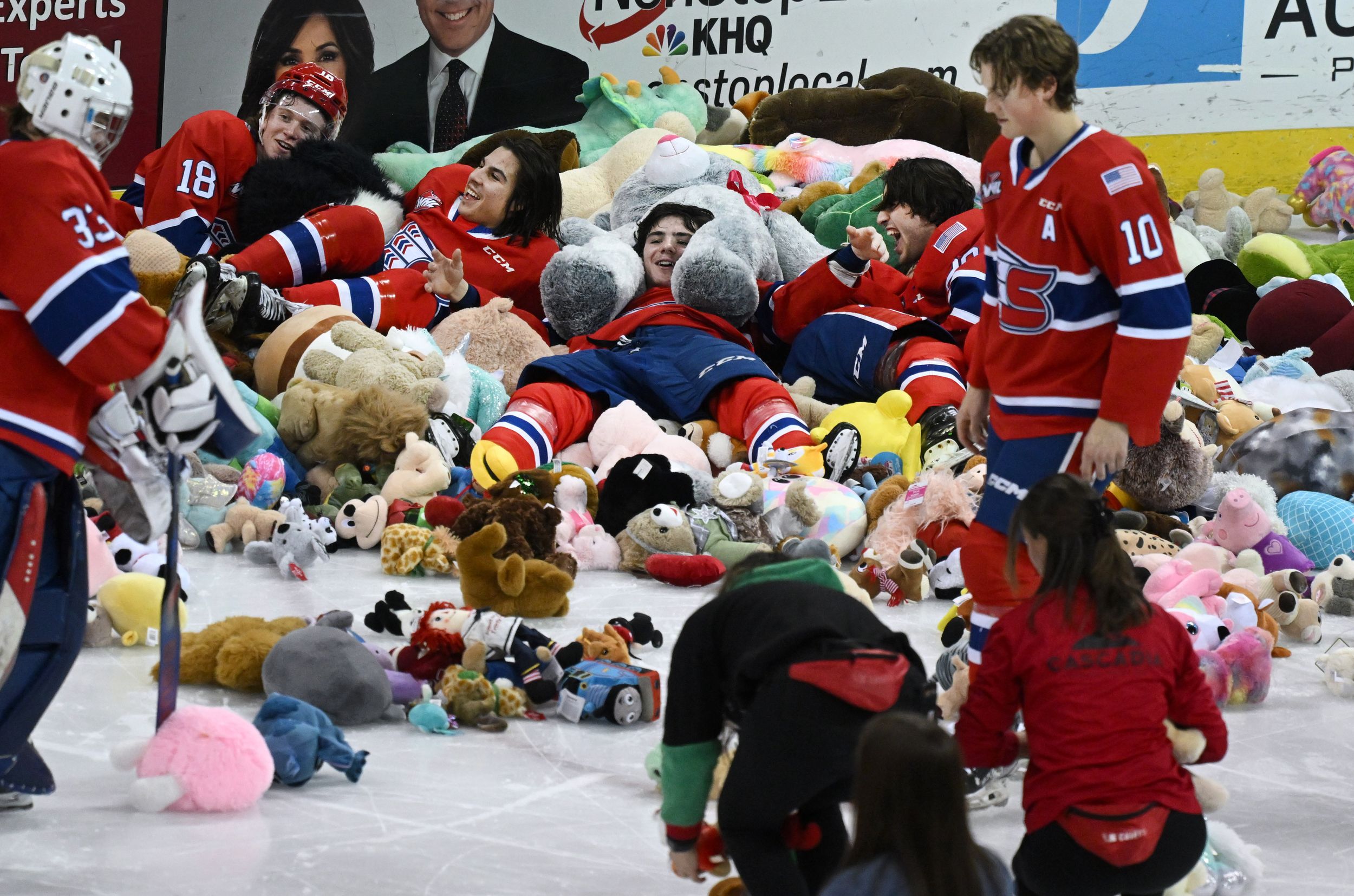 Chiefs: It was Teddy Bear Toss night at the Arena – an anticipated event as Nina Culver’s story illustrates – which means home team goals are important. Except Spokane couldn’t get one. The Chiefs were shut out 3-0 by Lethbridge. Kevin Dudley has the story and Colin Mulvany the photo gallery.

Seahawks: Don’t be surprised if the Hawks’ quality of play today is a bit ragged. A flu bug cut through the team this week and it may play a role in the game with the Rams.

Kraken: The winning streak, which reached seven, is over. Seattle was bowled over 5-1 by the Panthers. … Even hockey players follow the World Cup.

World Cup: Did the U.S. show progress this World Cup? Despite being knocked out 3-1 by Netherlands in the round of 16, the answer for the young group is probably yes.

• We were out late last night. A long bus ride through the middle of the state. A happy one to be sure but the miles seemed to stretch on and on. Today we can relax a bit. Eat hot dogs. Watch RedZone. The Hawks. Then check in on which Pac-12 team is headed to the CFP. Oh, wait. … By the way, we want to apologize for the mistakes in yesterday’s headline and first paragraph, which have since been fixed. We saw them this morning, uttered a bad word and made the change. We don’t want our impressionable youth to either hear cuss words nor see typos but there you have it. Until later …