A GRIP ON SPORTS • Football in the Big Sky Conference is going to look awfully different next season. Come to think of it, though, it will look really familiar. If you have a decent-enough memory.

• When FBS schools come calling, with their large salaries available for coordinator positions, it can be hard for FCS head coaches at some schools to say no.

Not the high end of conferences like the Big Sky, for the most part. After all, Montana isn’t losing Bobby Hauck for a coordinator job – unless Hauck is trying to beat the posse of disgruntled Griz fans out of town at some point. And that could happen in the not-too-distant future.

But Montana pays well enough to ward off many suitors. That’s not case in San Luis Obispo or, as we found out Tuesday, even in Ogden, Utah.

BYU needed a new defensive coordinator. The consensus best-defensive mind in the Big Sky was right up Interstate 15, Weber State coach Jay Hill. A deal was struck. Now the Wildcats are looking for a head coach. And Hill, if he doesn’t mind an 80-mile commute, doesn’t even have to look for a new house.

He will, though. He’ll be able to afford one. More than likely, he’ll be getting a decent raise, financially, and as BYU’s DC, in national stature, as he tries to help the Cougars navigate the offensive-minded Big 12.

Beau Baldwin, the former Eastern Washington University coach, is headed back to the Pac-12 as an offensive coordinator. In name, anyway.

New Arizona State coach Kenny Dillingham earned his first head gig by directing Oregon’s offense this season. The mostly prolific Oregon offense. He’ll probably keep control of the Sun Devils’ as well. So, what will Baldwin, who left Cheney to be OC at California, be doing, besides drawing a bigger paycheck than he did in San Luis? Mentoring quarterbacks, having input into game planning, maybe even calling plays. But it will be Dillingham’s show.

Just as it will be Paul Wulff’s show in San Luis Obispo. Yep, another former EWU coach – Baldwin’s immediate predecessor, in fact – is back in the Big Sky. And we couldn’t be happier. Wulff left a successful program in Cheney for Washington State, his alma mater, nearly 15 years ago. It was his dream job. It turned into a nightmare even Tim Burton couldn’t have imagined.

Charged with tearing the football program down to the studs and rebuilding, Wulff tried. But it turned out to be too big of a renovation for one of college football’s nicest men to complete. As he tore into it, he found there weren’t enough studs to support a remodel. A whole new house was needed.

And a new contractor. After four years and only nine wins, Wulff was fired and Mike Leach brought in.

Now Wulff, who joined Baldwin in San Luis Obispo at in 2020, is back in charge of a Big Sky program. One that has had to go through its rebuild all ready, and is building a state-of-the-art football facility. If good people are rewarded, Wulff will be successful. Maybe even add to the three Big Sky coach of the year awards and two league titles he won in Cheney.

At least he won’t be the only new coach in the conference.

Northern Colorado fired former NFL player Ed McCaffrey after the season. The Bears also opted for a new coach with conference history. Ed Lamb will leave his alma mater, BYU, where he was the associate head coach, and take over in Greeley.

His stint at Southern Utah from 2008 to 2015 doesn’t seem all that successful, what with a 45-47 record. But when he arrived in Cedar City, SUU had lost 18 consecutive games. He turned the program around. Now he’s charged with doing the same with the Bears.

For the conference, next football season will be highlighted by old faces in new places. And that should be entertaining. 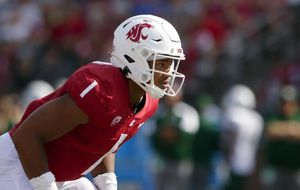 WSU: The Pac-12 handed out its awards Tuesday and for the first time in almost 20 years, the Cougars had a first-team linebacker. Daiyan Henley earned that honor, becoming the first WSU linebacker since Will Derting in 2003 to be so named. Colton Clark has the news about each Washington State honoree in this story. … Colton has also been kept busy monitoring the transfer portal and he has two stories on players putting their name into the NCAA database. … He also has the news a junior college cornerback is headed to Pullman. … Elsewhere in the Pac-12 and college football, we spent a lot of time this morning talking about coaching changes. The one in Colorado has garnered a lot of interest and not just because of the name. Jon Wilner delved into the money involved today in the Mercury News. … What spots will Washington try to fill from the transfer portal? … The Huskies’ Kalen DeBoer and Oregon State’s Jonathan Smith shared the conference’s coach of the year award. … USC had the offensive and defensive players of the year. … California has returned to the Sonny Dykes’ era to fill its offensive coordinator spot, hiring Jake Spavital yesterday. … Colorado has fired all the old assistants. … Utah may look to the portal for its next quarterback. … Arizona State’s new staff is about done. … In basketball news, Wilner has his Pac-12 power rankings. … It’s a big week for Colorado. … Arizona is looking to improve defensively. … USC has received contributions from a new source. 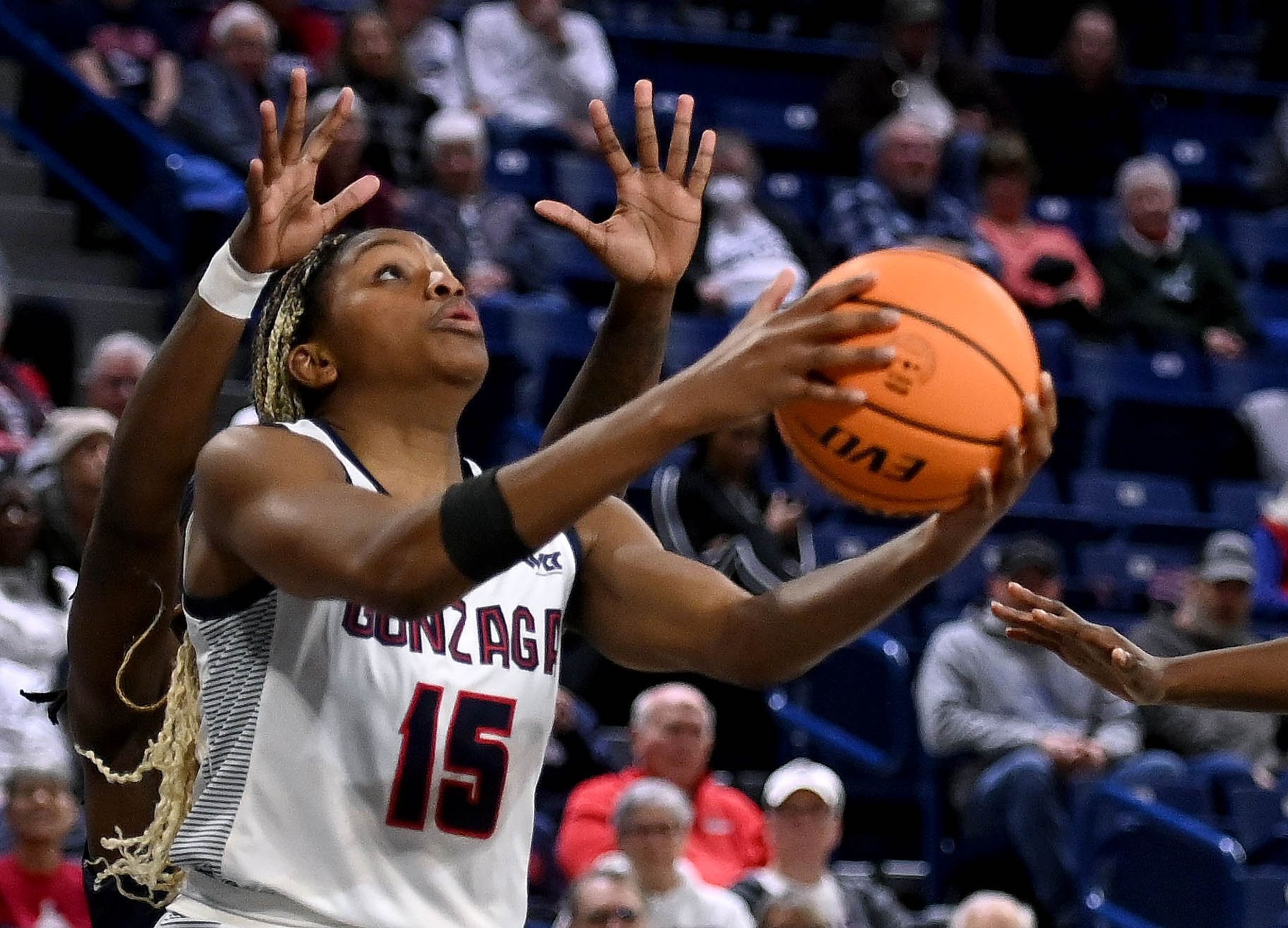 Gonzaga: The win over Kent State was significant for the Zags in many ways, all of which are covered in Jim Meehan’s rewind this morning. … The women hosted Queens University last night and won – despite suiting up just seven players. Jim Allen was there and has the story. … Colin Mulvany was as well and has this photo gallery. … Baseball coach Mark Machtolf was cited for DUI in June. Recently he pleaded guilty to reckless driving in a plea agreement. Garrett Cabeza has more in this story. … Elsewhere in the WCC, it hasn’t been a good few days. Last night Pacific lost to 4-7 Northern Arizona at home and Pepperdine lost in Malibu to Nevada. Add those defeats to the ones suffered by Portland, San Francisco and San Diego over the weekend.

Idaho: The Vandals won their third consecutive game, topping North Dakota 76-66 in Moscow last night. … Elsewhere in the Big Sky Conference, there is an opening at Weber State and new coaches at Colorado State and Cal Poly. We linked Dan Thompson’s story on Wulff’s hire above and do it again here. … Sacramento State needed a big play in its game with Richmond. Elijah Tau-Tolliver delivered. … In basketball news, Montana had little trouble with South Dakota State. … We can pass along this story from Pocatello on freshman Kacey Spink, who is starting for Idaho State. We have a personal interest in it, for sure, as we coached Kacey the past three years at Ferris High.

Preps: Dave Nichols has the usual basketball roundup from Tuesday night. … Former Gonzaga Prep standout Oti Gildon is coaching at Seattle U. this season. Charlotte McKinley has this story on Gildon.

Chiefs: Spokane was shut out for the second consecutive game. Seattle did the trick Tuesday night, winning 3-0 at the Arena. Kevin Dudley has the coverage.

Seahawks: Yes, Seattle’s comeback win was exciting. But there still are issues. … In alumni news, we can pass along a story on Doug Baldwin and another on Marshawn Lynch. … The Hawks decided to add a running back. … Tyler Lockett is moving up the all-time lists. 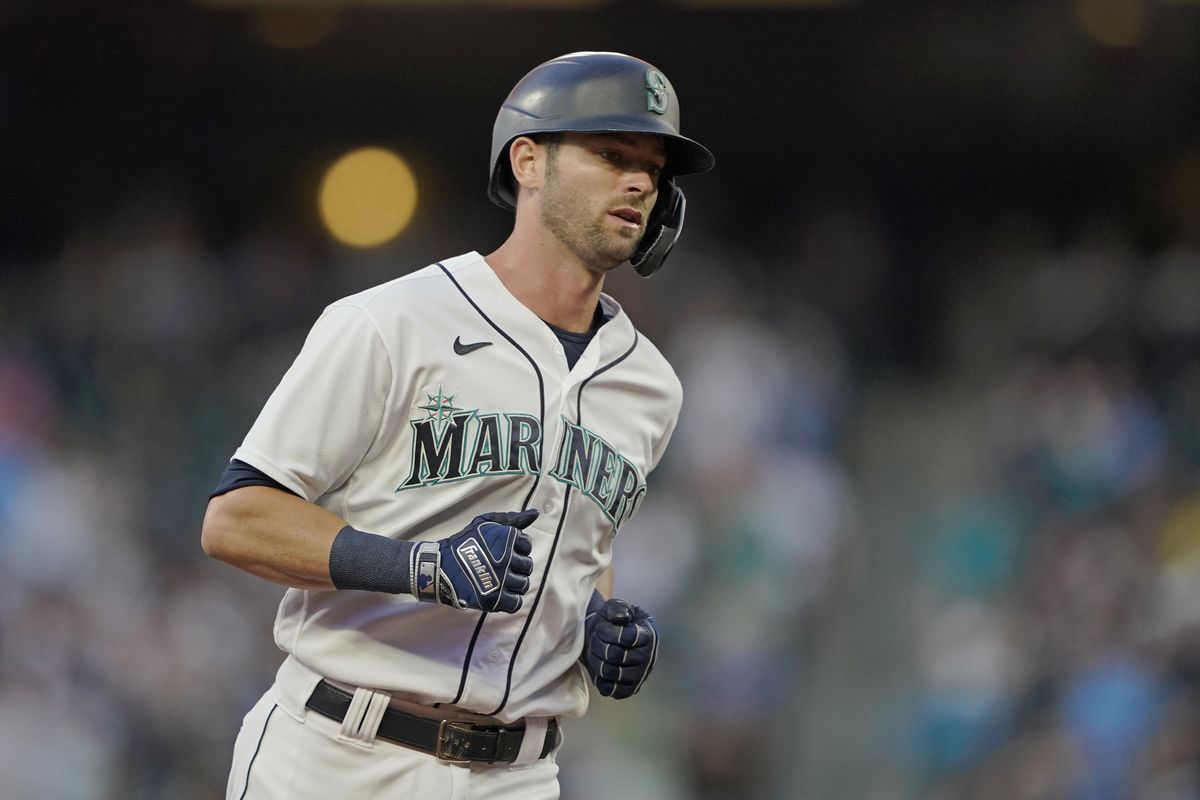 Mariners: Don’t expect the M’s to make much news at the Winter Meetings. … Wait, there was some yesterday. Former Mariner Mitch Haniger signed a three-year, $43.5 million contract with San Francisco. … Have they done enough to keep pace with A.L. West foes? Maybe they will add a player from Japan.

• As Power Five schools invest more and more money into their football programs, the lower levels will become easier targets. And not just for coaches. For players as well. More than 500 FCS scholarship players put their name in the transfer portal on the first day, according to reports. That’s a lot of talent looking for new homes – and NIL money. Until later …