A GRIP ON SPORTS • There is a lot happening in the world of sports, including diplomacy. But we’re a little more centered upon what’s going on in our little corner of the globe.

• Every time a college football player rings the portal bell, does an angel get its wings? If so, there is a lot of high-flying going on among the clouds. Just by what’s been happening in Pullman. 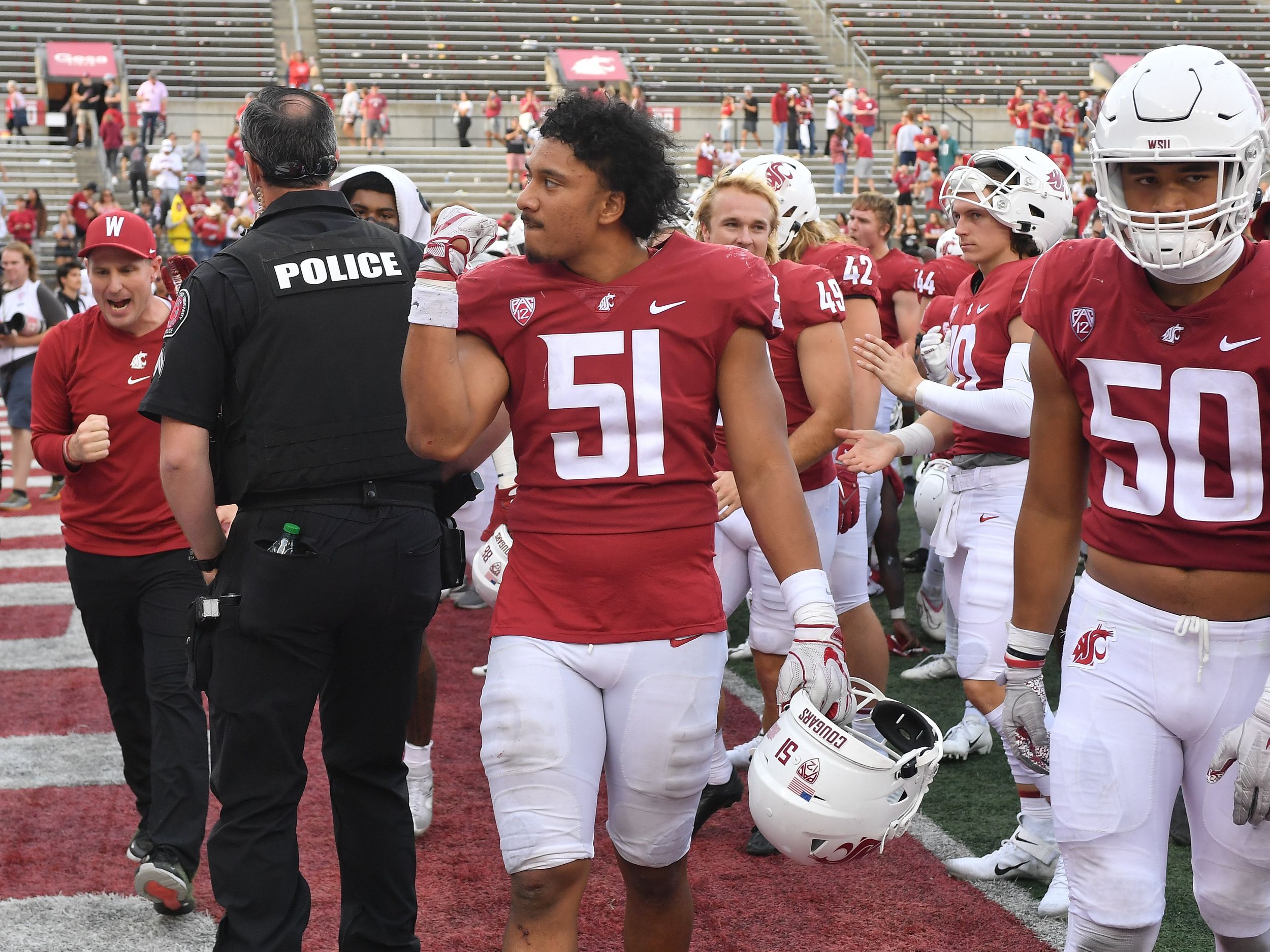 The latest Washington State player to enter the portal, inside linebacker Francisco Mauigoa, might be the one who will end up being missed the most. The 6-foot-3, 230-pound sophomore was, at times, dominant for the Cougars. He started 11 games and collected 60 tackles, despite splitting time with Travion Brown, who also entered the portal.

Coupled with the graduation of all-conference linebacker Daiyan Henley, the Cougars will be rebuilding the linebacker corps not just heading into the next season but for the bowl game against Fresno State. Though Henley said a while back he would play in the Los Angeles Bowl, there is still a chance he’ll decide the risk to his NFL draft status is too great.

Mauigoa’s decision is symptomatic of a deeper issue Washington State will face in this new era of college football. The Cougars have always prided themselves in finding undiscovered gems in recruiting and then developing them into program-changing contributors.

But with more money to be made at schools with larger resources, and richer alums, it’s going to be hard to keep WSU’s breakout stars on the Palouse. Washington State’s alumni are trying to rally together with a NIL collective but will the resources ever match that of the deep-pocket schools? We think not.

What might hurt the Cougars more is someone of Mauigoa’s abilities following defensive coordinator Brian Ward to Arizona State, a Pac-12 opponent in need of stars on that side of the ball.

The new reality works both ways, of course. Ward came to Pullman from Reno, where Henley went from an offensive player to a soon-to-be NFL draftee at linebacker. He followed Ward from Nevada and it worked out well, as the senior showed his talents not only worked in the Mountain West but against Pac-12 talent as well.

Maybe the same will happen for Mauigoa if he ends up in the Big Ten or SEC.

• It’s rare when a Big Sky basketball school travels to a Pac-12 facility and needs to win. You know, to avoid embarrassment. But that’s what happened Wednesday night in Berkeley, California.

Yep, Eastern Washington, despite having just four wins ever against Pac-12 schools, was a favorite against the Golden Bears. And it’s not like this Eastern team is one of the school’s all-time greats. The Eagles entered the game with a 3-5 record, having lost to such schools as Hawaii and Yale.

The circumstances are more about how bad this California team is. Mark Fox’s Bears have yet to win this season. And they didn’t against Eastern, with David Riley’s Eagles holding on for a 50-48 victory.

Who will suffer the embarrassment of being the first school to lose to Cal? Thankfully, the Eagles don’t have to worry about that anymore.

• If you love high school sports, then today is the day you need to find the print version of The Spokesman-Review. Dave Nichols had pulled together the winter sports previews, with coverage of wrestling, basketball and gymnastics.

It’s a great way to forget about the cold, the snow, the ice and just focus on what’s positive about this time of year.

There is always a warm gym to visit.

WSU: Of course, Colton Clark has a story on Mauigoa’s decision. … He also has coverage of the men hosting, and defeating, Northern Kentucky in hoops on Wednesday. You could call it a rebound win and you would be right – in two ways. … The women traveled to Portland and held off the Pilots to improve to 7-1. … Elsewhere in the Pac-12 and college football, when will the media rights agreement be hammered out? Commissioner George Kliavkoff spoke to an industry group yesterday (along with the other major conference commissioners) and explained the timeline. It has to do with the California Regents’ decision on UCLA, the holidays and the new year. Expect something then. And, yes, Kliavkoff believes Deion Sanders’ arrival in Colorado alters the outcome a bit. … Kliavkoff mentioned the officiating gaffe in the Oregon/WSU game again. … Washington has thoughts of playing in the playoffs next season. … Arizona State’s new offensive coordinator, former Eastern head coach Beau Baldwin, will actually call the plays in Tempe. … Oregon officially has a new OC. … Oregon State officially had the most versatile player in college football this season. … The Buffs are raiding Alabama’s staff for a defensive coordinator. … Cam Rising and the Utes want to win the Rose Bowl this time. … Arizona is getting hit hard. … In basketball news, the conference’s women have won a lot of nonconference games. … We are always willing to pass along power rankings. … Oregon State has some reinforcements coming this week. … Utah is the conference’s surprise team in December. … Cal State Fullerton was no match for host USC last night. … Only one school has been a match for Arizona State thus far this season. … Colorado faces Colorado State in a rivalry game. 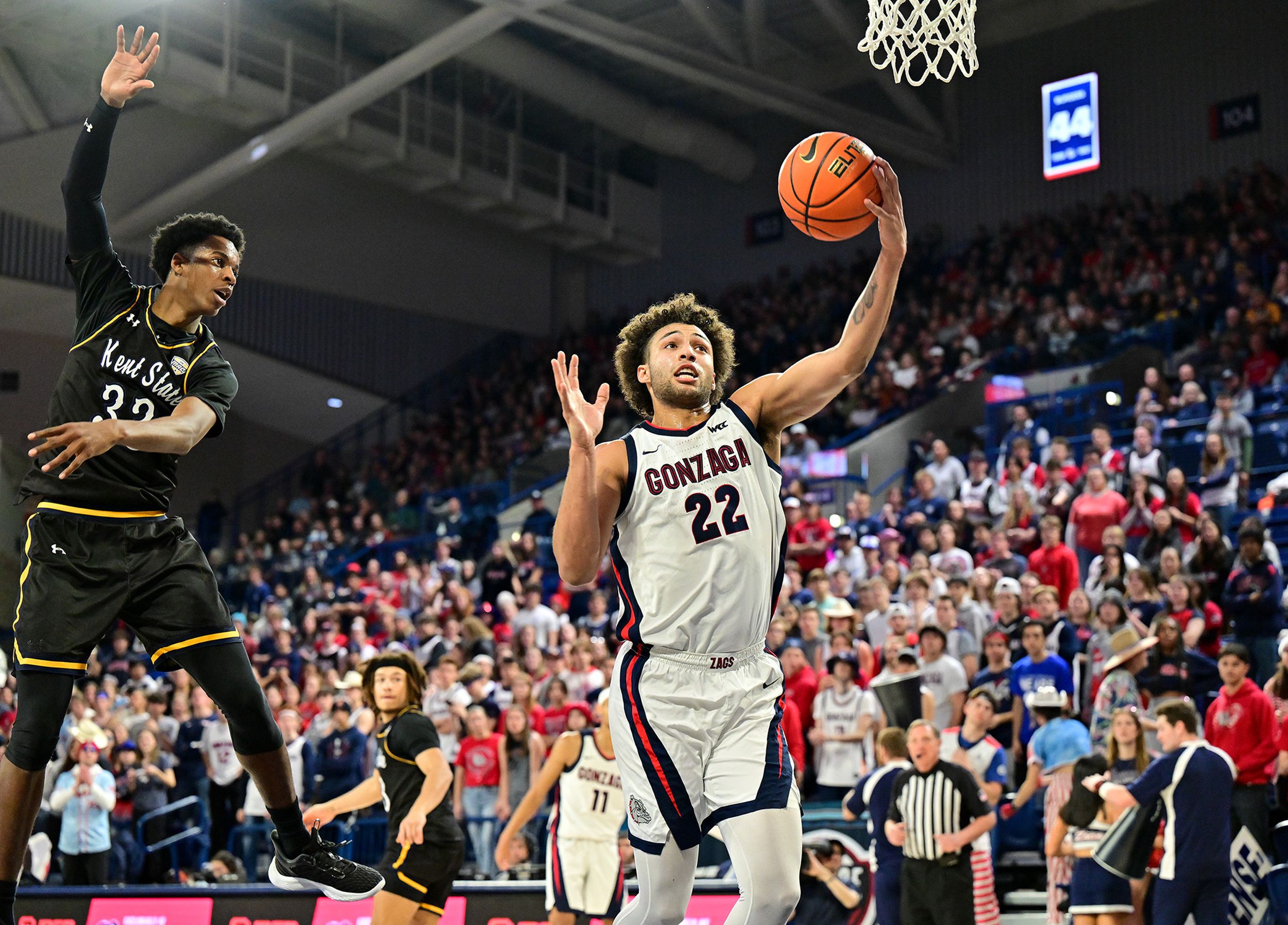 Gonzaga: When it comes to playing schools from the state of Washington, the Zags just don’t do it as often anymore. In fact, as Theo Lawson tells us, the game Friday night in the Kennel vs. Washington will be the first in two years. … The women are getting healthier. Slowly. Jim Allen has this look at their health. … We can pass along this story on Joel Ayayi and his NBA G-League journey as well. … Elsewhere in the WCC, the bad stretch for the conference? It ended last night, except for BYU, who lost to Utah State for the second consecutive season. … The Bay Area schools all won. 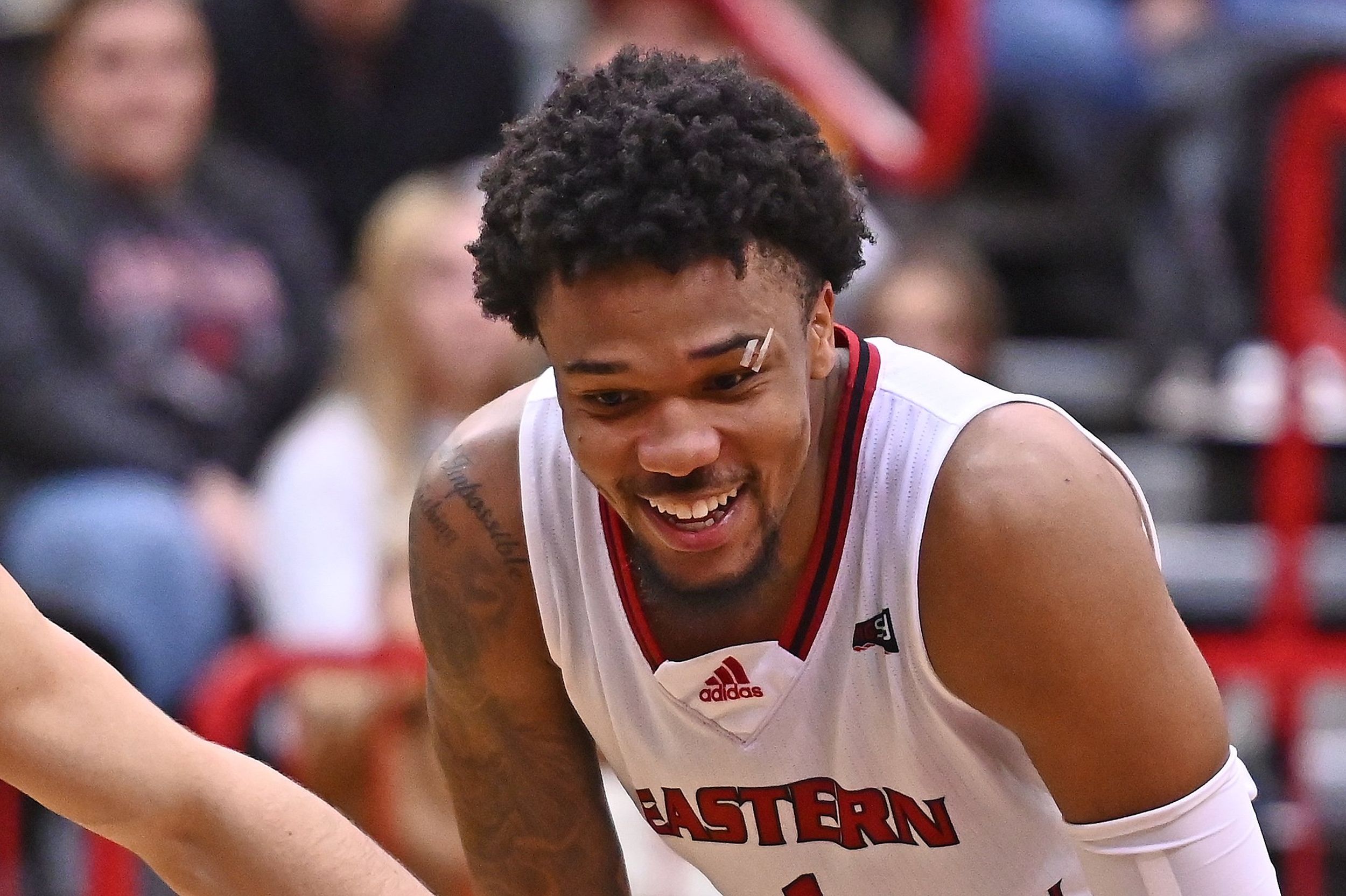 EWU: We linked the Eagles’ story above, but we do it again here. … Elsewhere in the Big Sky Conference, Northern Colorado introduced new coach Ed Lamb. … Weber State is in the football coaching-search business for the first time in a while. … Montana State remembers former coach Sonny Holland this week. … The numbers do not lie for Montana. … In basketball news, Weber State lost another game. … Sacramento State picked up a win over Denver.

Idaho: Quarterback Gevani McCoy is this year’s winner of the Jerry Rice Award, given to the best FCS freshman player. Peter Harriman has the story. 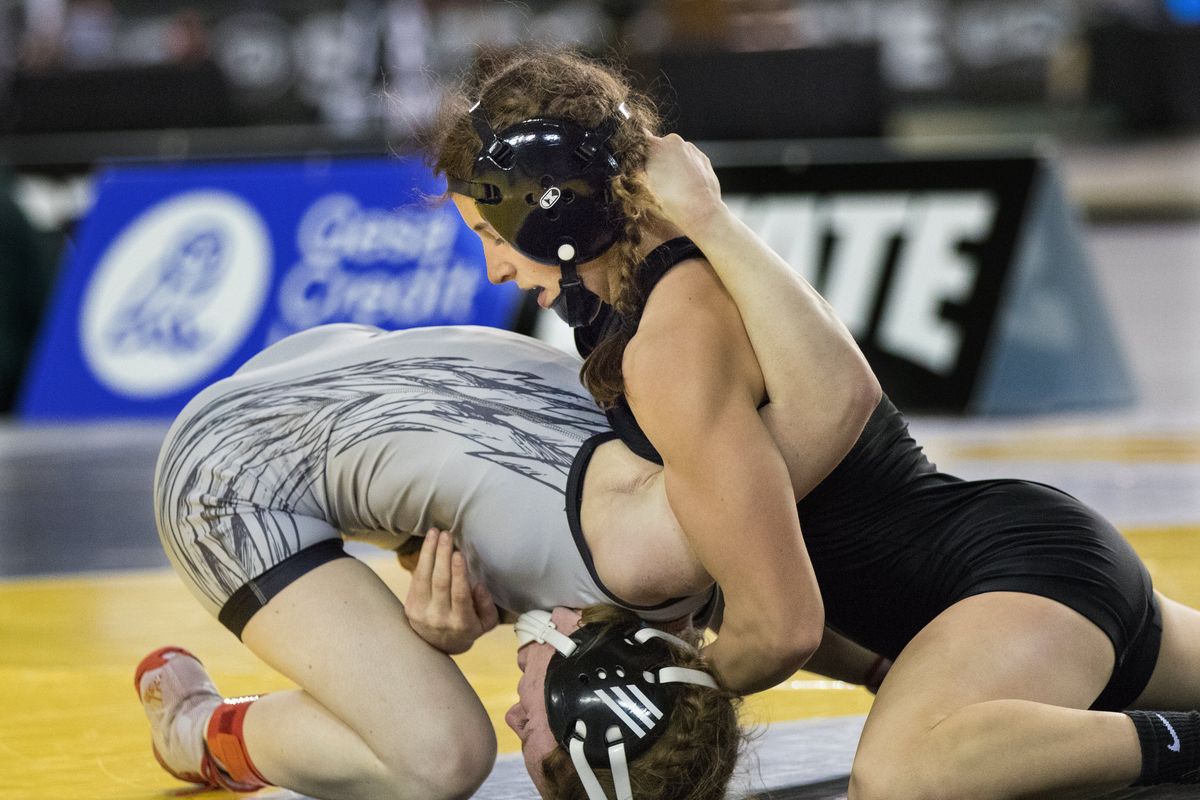 Seahawks: Just who will be carrying the ball for the Hawks against Carolina? … Geno Smith is doing rare things.

Mariners: Did you want the M’s to sign a free agent at the Winter Meetings? Sorry. A Rule 5 draft pick, reliever Chris Clarke, is all they came home with. … How will next season be different?

• There is a chance the temperature today in Spokane will rise above freezing. A chance. (Cue the Dumb and Dumber tape here.) And there is also a big chance we will see snow throughout the day. Someone tell me why, after retiring, we are still living in the Northern climes this time of year? Poor life decisions are all we can attribute it to. Until later …