A GRIP ON SPORTS • This is always a sad weekend for those of us who enjoy college football. Oh, sure, the bowl games are just around the corner. But this weekend, the one between the conference championship games and the beginning of the bowl games, is pretty barren. All that is available are a few FCS playoff games. And Army/Navy. OK, that almost makes up for everything.

• Our dad made sure to watch one college football game every season. 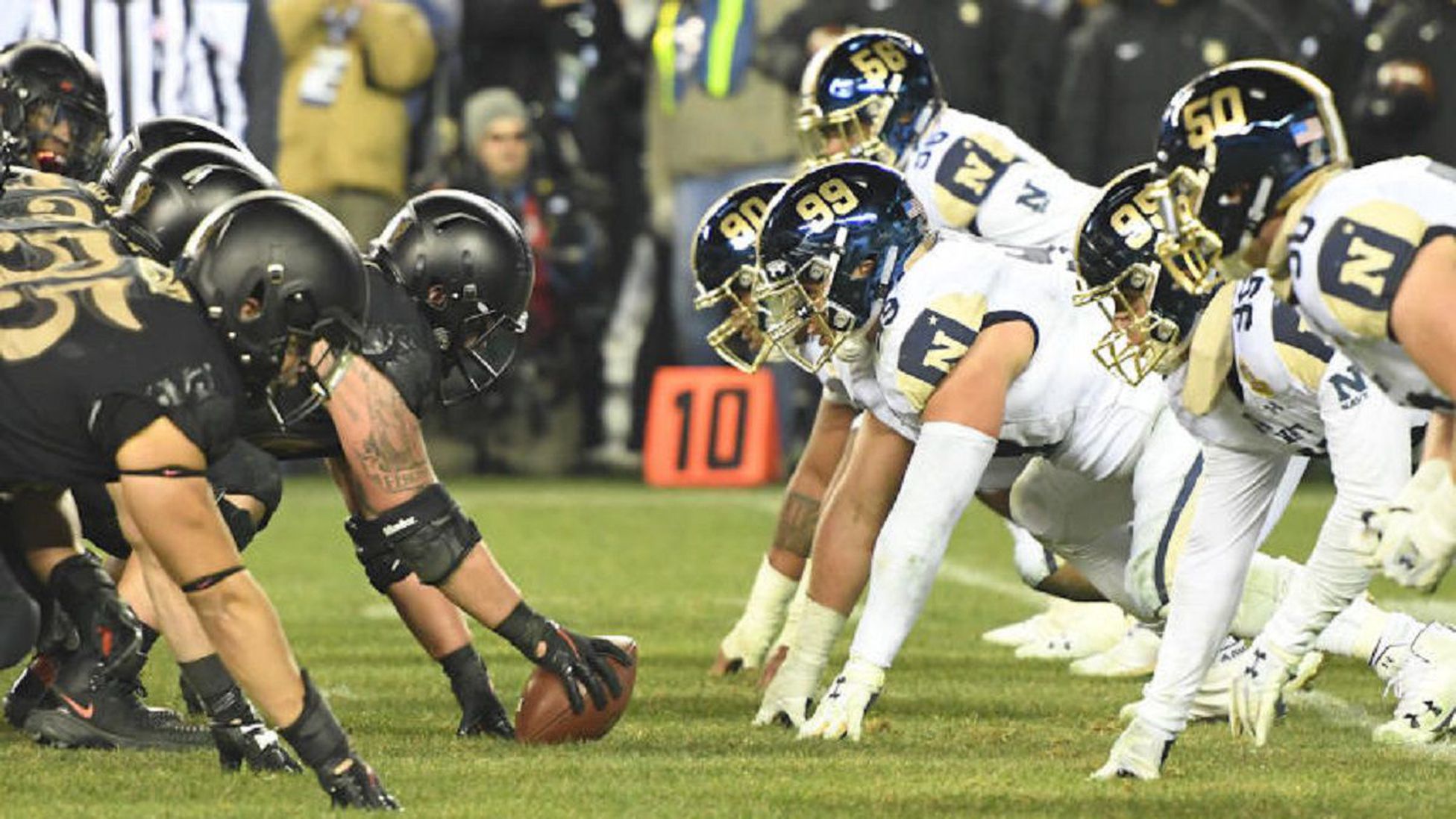 Not USC/UCLA, even if his daughters attend the public school and one of his best friends was an outspoken defender of the Trojans. Not Michigan/Ohio State, even if his second wife was proud of the 37 minutes she spent as a Buckeye. Not even a Stanford game, where one of his childhood buddies was the track coach.

Nope. But when Navy was playing Army, he stopped and watched. Every year.

He spent most of five years in the Navy during the big war. Thought long and hard about making it his career. And was prouder of that service – rightfully – than most everything he did the next 60 years.

Besides, just about every friend he had spent some time in the Army, which made every Navy win in the annual game that much sweeter.

This season’s game will be broadcast on CBS, starting at noon. It comes to us from Philadelphia, home to the Liberty Bell, the Declaration of Independence and the best rivalry in college football.

Because dad is no longer here to say it, we’ll add one thing: Go Navy.

• That’s not the only big event this weekend. Heck, with two Big Sky schools in the FCS playoffs tonight, those games are worth watching as well.

Sacramento State’s home game with Incarnate Word – which should pull in big ratings in Pullman – isn’t available on cable, as it’s being streamed by ESPN+. But Montana State hosting William & Mary is, with ESPN2 carrying the game at 7:15. 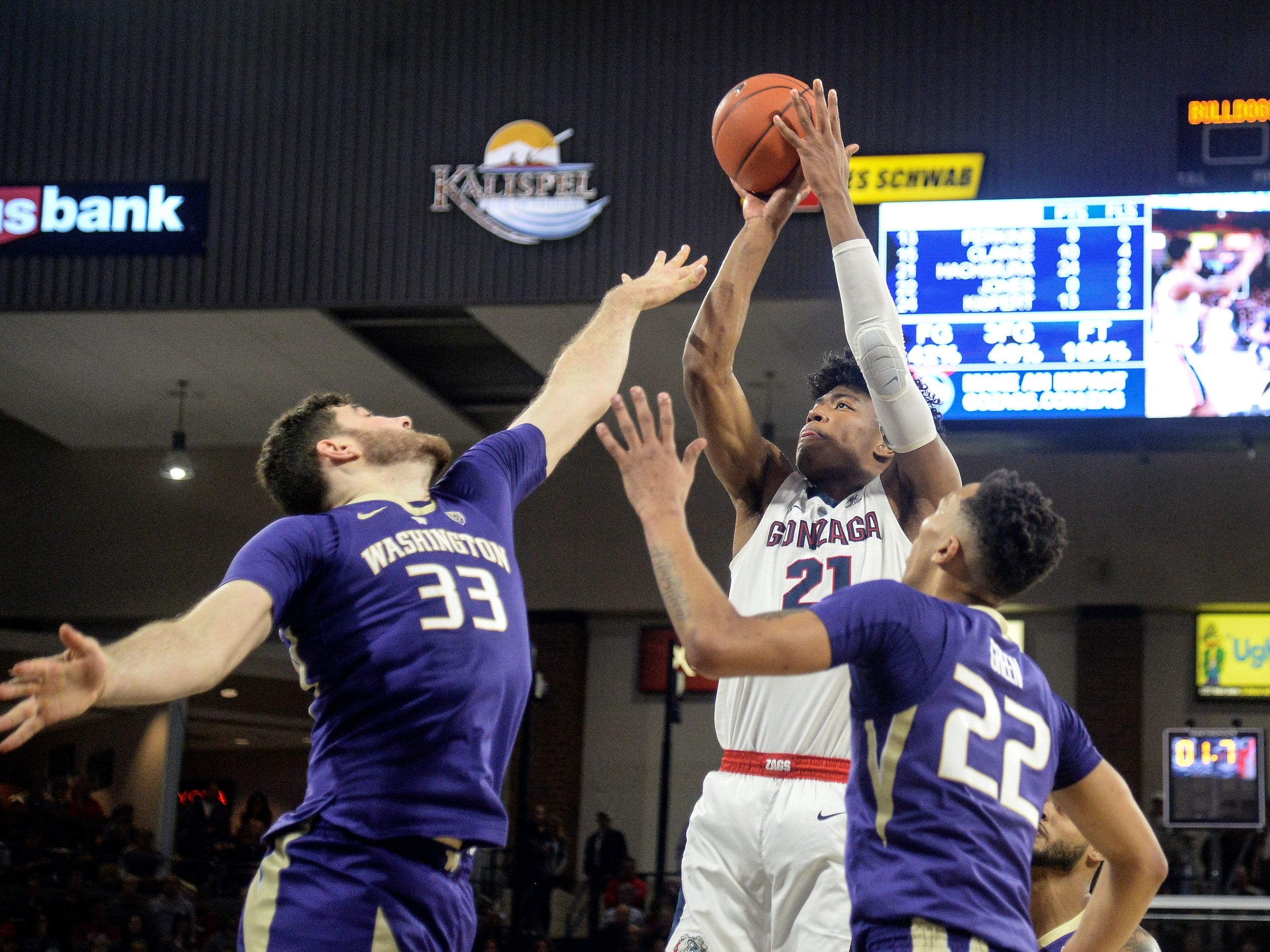 By then the Gonzaga basketball game with Washington (KHQ, 6 p.m.) should be either decided or coming down to the wire. Either way, watch the finish and move over to the football to cap your day.

More than likely you probably started the day with the world’s version of football, soccer’s World Cup, as two quarterfinals pitting four world powers kicked off the day on Fox. The same happens Saturday, though it includes the upset kings, Morocco, facing their rival across the Strait of Gibraltar, Portugal, in the early (7 a.m.) game. The later match (11 a.m.), England vs. France, harkens back to Henry V, Shakespeare and one of our favorite quotes: “But if it be a sin to covet honor, I am the most offending soul alive.”

If only Will played striker for the Three Lions.

You know what? That line works well for Army/Navy too.

But Saturday is actually dominated by college hoop, with games of local interest (UNLV vs. WSU, FS1, 1:30 p.m.) and of national (Alabama at Houston, ABC, noon and Arizona vs. Indiana, Fox 28, 4:30 p.m.). In all, we count 20 games you can watch without leaving the comfort of your couch – as long as you have firm control of the remote.

Sunday is the NFL’s bailiwick, of course, though there are a few fun college basketball games – atop the list, a Midwest Catholic battle pitting Marquette at Notre Dame (ESPN2, 1 p.m).

And, if the Seahawks vs. Carolina (Fox28, 1:25 p.m.) doesn’t hold your interest, you can always flip over to the Pac-12 Network at 2 p.m. and watch Washington State’s women take on Washington just up Interstate 5 in Seattle.

No matter what your inclination, whether it be NHL, NBA or even golf, there is something on this weekend.

College football? There is a little less of that. 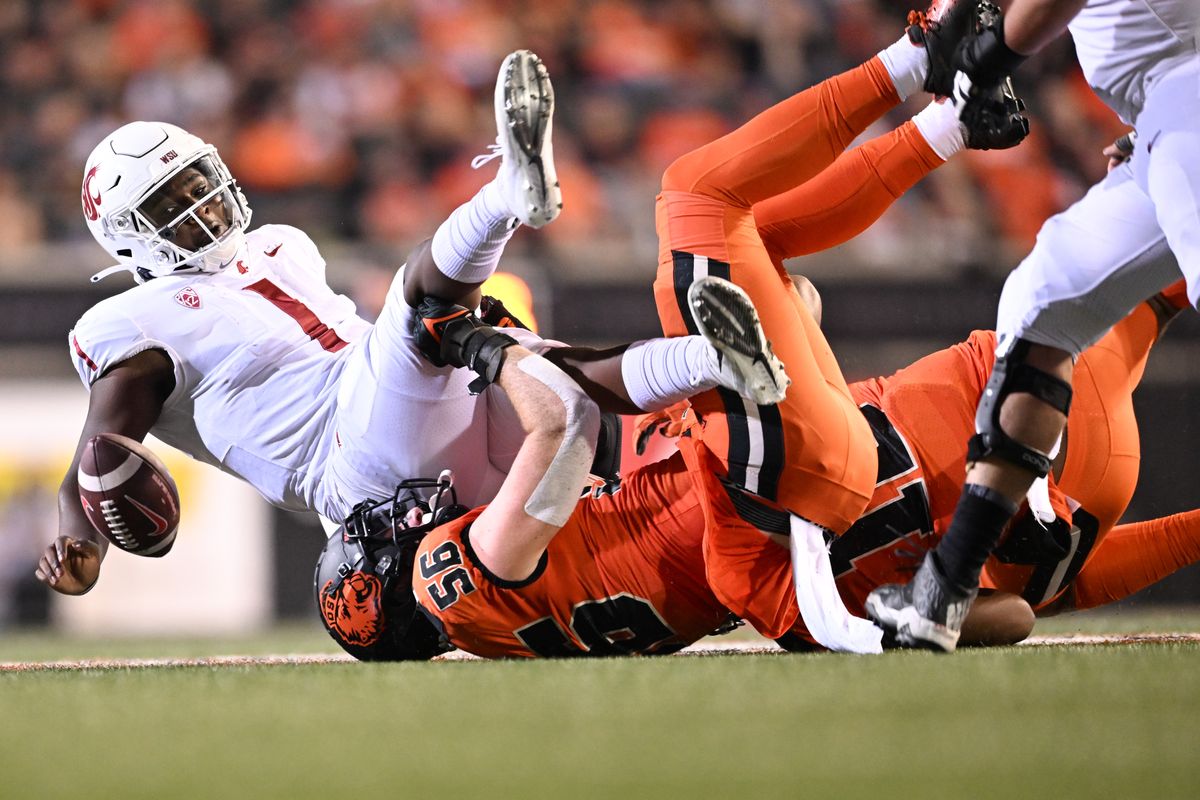 WSU: Kind of a quiet day in Pullman. Colton Clark is making sure the Transfer Tracker is up-to-date. … Elsewhere in the Pac-12 and college football, Jon Wilner grades his football predictions in the Mercury New this morning. … Though Husky fans don’t, Steve Sarkisian remembers his time at Washington fondly. … Oregon State’s Las Vegas Bowl opponent, Florida, is dealing with a dearth of personnel at certain positions, including quarterback. … The supposed frontrunner for the Stanford head coaching position took himself out of the running last night. Wonder if that means Sacramento State’s Troy Taylor, who worked at Eastern for a while, is in line for the job? … The Cardinal’s starting quarterback is headed to the NFL. … Utah is seeing a bump in recruiting thanks to its Pac-12 titles. … UCLA isn’t backing down from the Big Ten move. … Caleb Williams is racking up the awards as we all wait for the big one. … Arizona added an intraconference transfer. … In basketball news, Wilner ranks the best teams in the West. … Oregon State welcomes back a couple players. … Colorado dominated Colorado State last night as football coach Deion Sanders made a visit. … Utah also won big and may be the surprise team of the conference. … Arizona is playing Indiana this weekend. 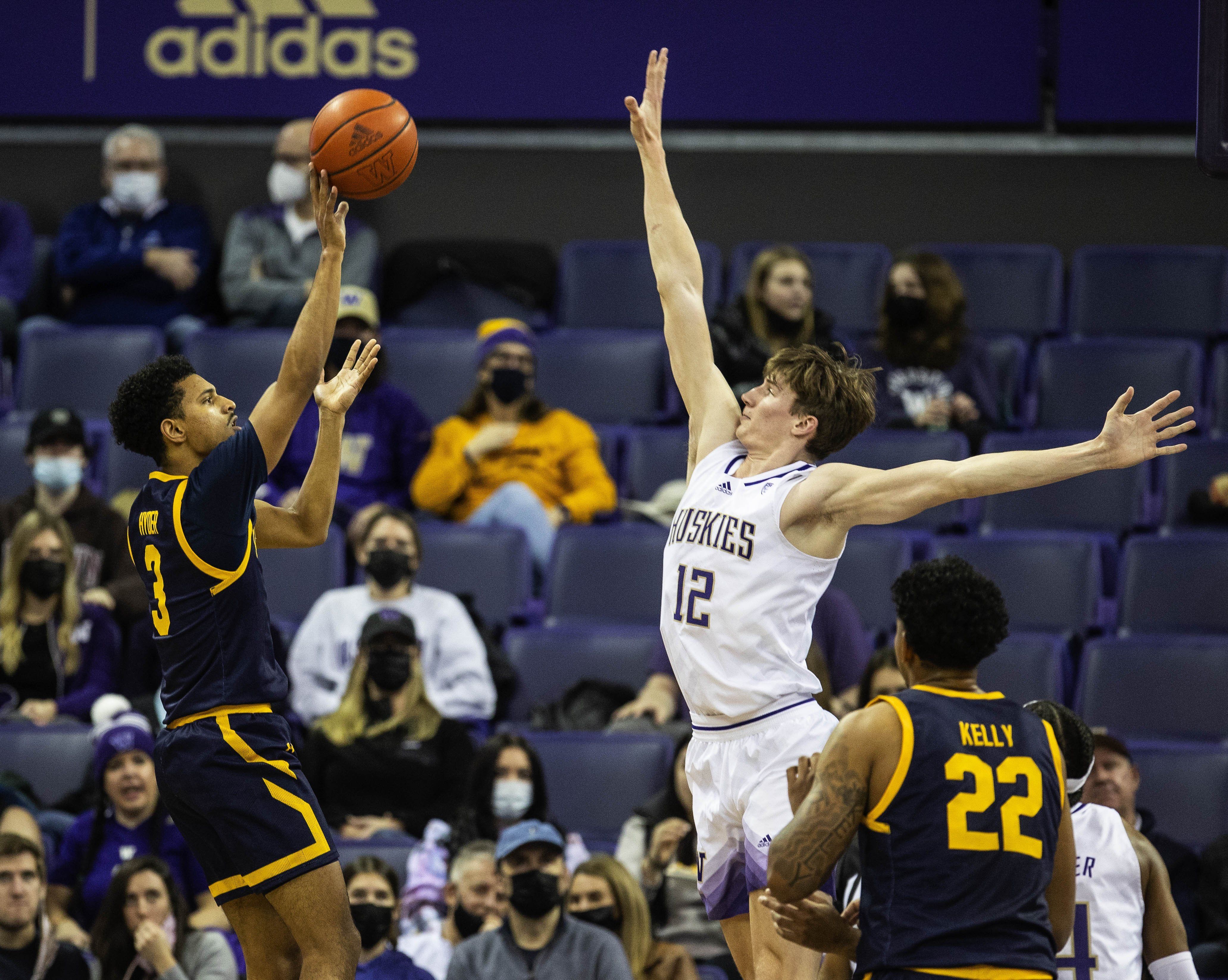 Gonzaga: The Zags host 7-2 Washington tonight in the Kennel. Theo Lawson has a preview of the game as well as a look at the key matchup. … Jim Meehan talked with Percy Allen of the Times. And we have Allen’s story to share from the UW side of things.

EWU and Idaho: Around the Big Sky Conference, Montana State will try to do to William & Mary what it’s done to most opponents this season: run them over. … Sacramento State and Incarnate Word should be a shootout. … Like most schools, Montana is revising its recruiting a bit. … In basketball news, Montana State rolled to a win over St. Thomas.

Preps: If you want to catch up with the winter sports previews, they are all here. … Dave Nichols has a roundup of last night’s local action. 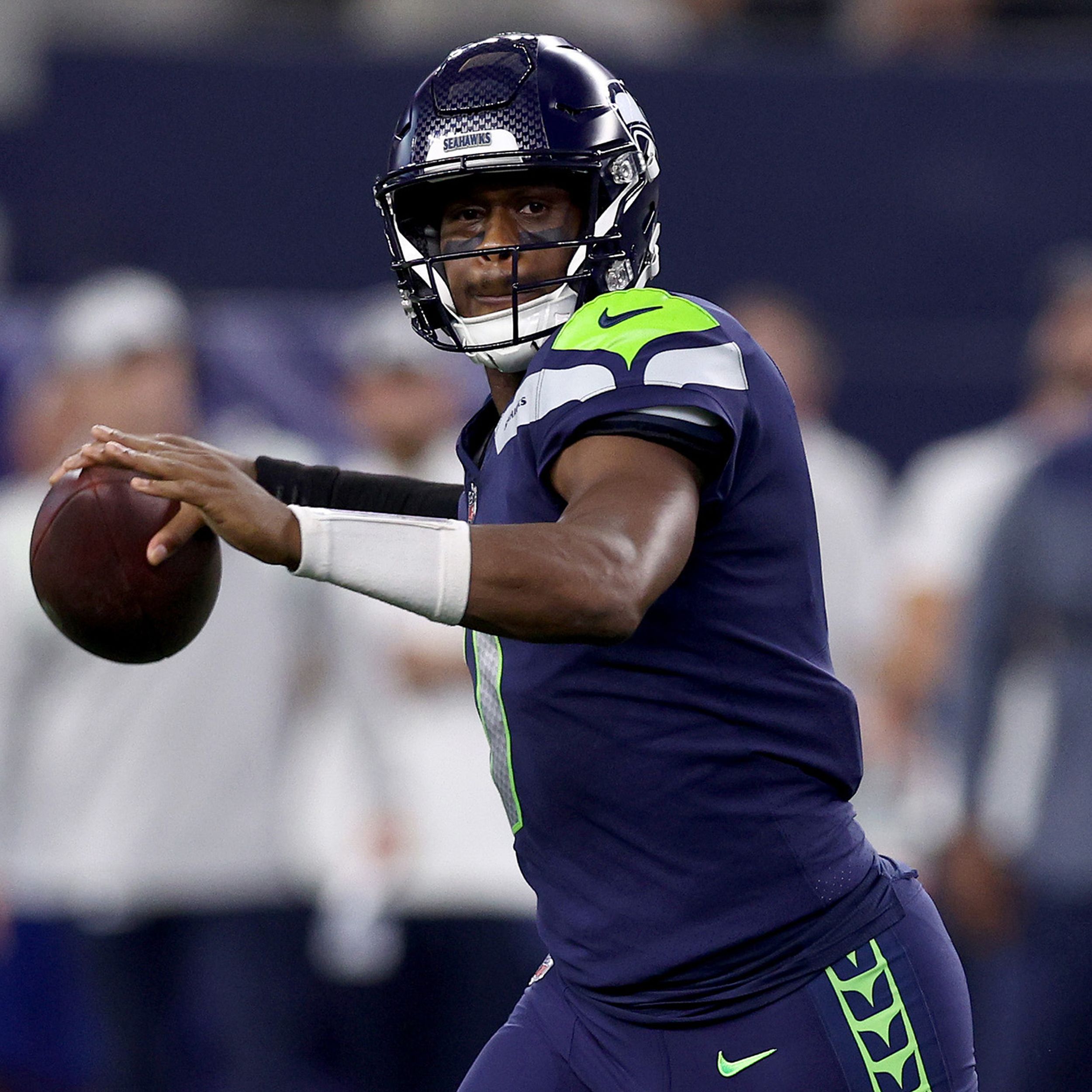 Seahawks: You know, Geno Smith has been pretty darn good. And humble too. … He still is a fan of the Panthers coach. … The running back situation is still muddled. … We can pass along what to watch this Sunday. … Tariq Woolen is pretty darn good too.

Mariners: The M’s haven’t take a big swing thus far. And don’t expect Jerry Dipoto to do that the rest of the offseason.

Kraken: Seattle has been consistent around the blue line.

• We had all of 5-to-6 inches of snow at our house overnight. And more is on the way Saturday. It’s a good thing we got the wildly overpriced Christmas tree up yesterday. It’s starting to look a lot like late December around here. Until later …