By Albert James The Spokesman-Review

House Bill 1878 was passed out of the House chamber on a 93-3 vote. Spokane Rep. Marcus Riccelli is the bill’s prime sponsor. The bill would expand access to free meals at schools. It will be sent to the Senate for further consideration.

OLYMPIA – A bill that would expand access to free school meals passed 93-3 out of the state House of Representatives on Thursday night.

The proposal would require schools with a minimum percentage of low-income students to participate in the federal Community Eligibility Provision program. Unlike the free and reduced-price meal initiatives that allow individual families to apply for meal benefits with their schools, the federal program allows schools with a certain demonstrated percentage of low-income students to provide meals for free to all students.

Prime sponsor Rep. Marcus Riccelli, D-Spokane, said providing food to children is key to helping them do well in life.

“Free school meals are one of the big ways that we can ensure that all kids have access to the nutritious food that they need,” Riccelli said during the floor debate. “Not only to be successful in the classroom, but also to thrive.”

Rep. Jacquelin Maycumber, R-Spokane, said her husband knew two children growing up who didn’t get the nutrition they needed from school.

“I co-sponsored this bill not just because I would never want to see a child go hungry in school,” Maycumber said. “But because there were two kids years and years ago from the eyes of another child that watched them suffer.”

Currently, middle and elementary schools with at least 62.5% of students eligible are required by the state to participate in the free meal program. School districts pay the full cost for free meals but receive funding from the federal government to cover those costs.

A previous measure Riccelli sponsored in 2020 put the 62.5% threshold in place, identifying the percentage as the “break-even” point for schools to participate in the program without losing money. The bill that passed Thursday would lower that threshold to 40%. It also would expand the program to public schools serving all grades. State funding would be given to schools to make sure they can afford to participate in the program.

According to a nonpartisan bill analysis, about 204,000 students statewide are participating in the program in the 2021-22 school year. Riccelli said at least 92,000 additional students, including 12,000 in the Spokane area, would be eligible under his bill.

The bill also requires districts to group schools together to ensure the greatest number of schools meet the eligibility threshold. Charter and certain tribal schools also would be subject to the participation mandate. 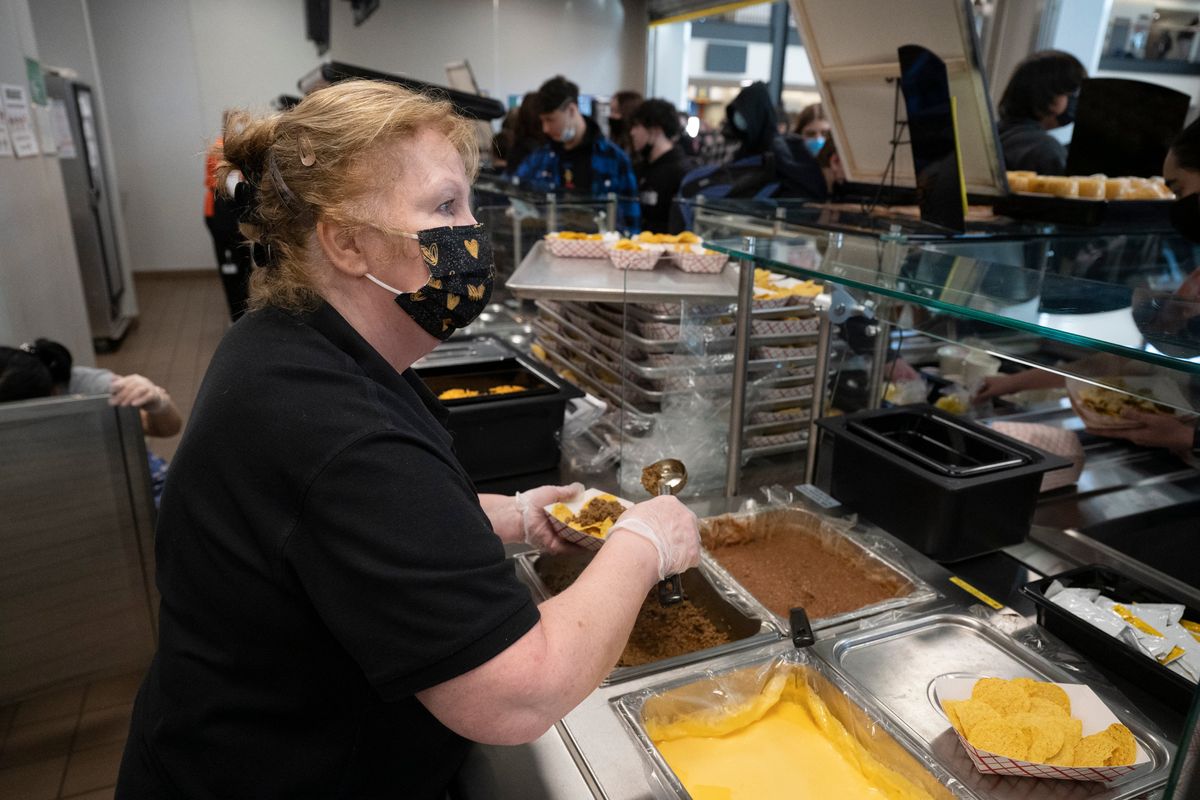 Riccelli said rough estimates indicate the bill would cost the state around $21 million annually, but factors including school grouping and changes in federal funding for school meals could affect how much money the state would need to provide to schools.

“I’m certainly supportive of having programs that help fund meals for our students,” Wordell said.

Wordell said 13 schools are currently participating in the program and 15 more would participate if the bill becomes law. He estimates that an additional 3,000-5,000 students in Spokane would become eligible for the program, on top of the approximately 5,000 who already participate.

All three “no” votes came from Republicans, including Rep. Vicki Kraft, R-Vancouver. She said she was concerned that the bill sets an example of providing help beyond just those in need.

“The long-term effects of the examples we’re setting in this as a precedent could have some severe unintended consequences,” Kraft said during the floor debate.

Riccelli said this is just the first step in a path to end childhood hunger across the state, and everyone stands to benefit.

“This is a win for our schools, for our communities, for our economy – but, most importantly, for the kids,” Riccelli said.

The bill will be sent to the Senate for consideration in committee.