A GRIP ON SPORTS • Like to read tea leaves? How about this one: Russell Wilson was the last Seahawk player to leave the field yesterday. It just happened to be the final home game of the season. One has to wonder if it was his last home game as a Hawk and he was soaking in the picture to keep in his memory banks forever.

• Tea-leaf reading can be difficult, especially when you are trying to read the future plans of highly successful (and competitive) athletes. Add in an unprecedented layer of community involvement and the leaves start to dissolve into a muddy mess.

Is Wilson going to force the Seahawks to trade him at the end of the season, a scenario that seemed likely when last offseason began as well? 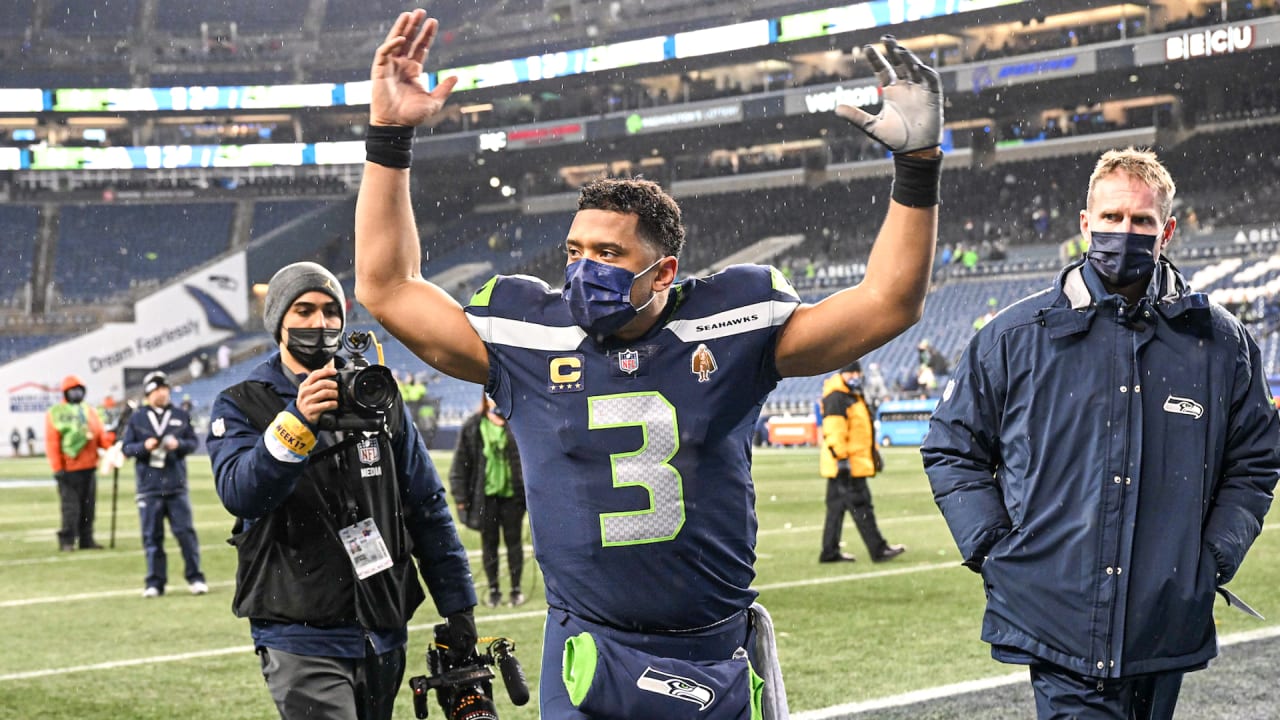 Our assessment of the muddy mess says no. For a lot of reasons.

Wilson is ingrained in Seattle’s national image. After 10 years as the athletic face of the city, he may not be as entrenched as the Space Needle – but it’s close. Why mess with that, unless he believes the Seahawks won’t ever be a Super Bowl champion again. After all, he made it clear last week he has Super Bowl goals. Three of them, actually.

But Seattle is the place he grew up, and not just in a football sense. He went from a college kid to a mature adult. He arrived as a newlywed, went through the pain of a divorce, re-married. Began a family that is as much a part of the Russell Wilson Experience as his football ability. Over the past few years, he and Ciara may not have reached Bill Gates-level as philanthropists, but they are close, especially if you factor in percentage of income.

The Wilson aura has seeped throughout the city’s consciousness, as Sunday’s walk off Lumen Field showed. He was feted by the fans that remained and not just for his play. Nor the autographs he signed. More than anything it is a combination of those things – talent and engagement – along with the charitable work. All of it was illustrated by a pregame announcement their “Why Not You Foundation” had donated $2.7 million to Seattle Children’s Hospital through Immuno Heroes, a campaign that raises money for the hospital’s immunotherapy program.

“My dad always told me, it’s the hashmark in between of significance that you can leave on a place,” Wilson told the Seattle media after the win. “You always want to leave a place better, you always want to go to a place and make it better. You want to always encourage people and make people believe. That’s why I went to the hospitals.

“My mom was an ER nurse and did so many different things. I’ve seen my dad pass away in a hospital room when the line went flat, so for me I understand what it’s like to lose family members, to lose loved ones and all that. … To be able to live life with (Ciara) and to be able to give back and give a little glimpse of hope, it’s what life’s really all about.”

Such connections seem more than genuine. They have also taken 10 years to develop. Would it be hard to replicate such links elsewhere? Yes it would.

As much as Wilson seems to crave football success, he seems to crave making an impact beyond the game even more. It’s those roots, maybe even more than the football ones, that will make it hard for him to pack up and start over elsewhere. It would be easier, it seems, to find ways to influence how the Hawks develop after such an awful season.

Helping the Seahawks navigate the current shoals with everyone knowing it was his hand on the tiller seems to be Wilson’s goal. Achieving that would allow the least disruption, and the most glory, for the quarterback – as well as for the people and causes who are important to him.

It’s why it’s easy to believe he will be back in Seattle in the fall, leading the Hawks onto Lumen Field for an 11th season. Unless, of course, we are reading the tea leaves all wrong. 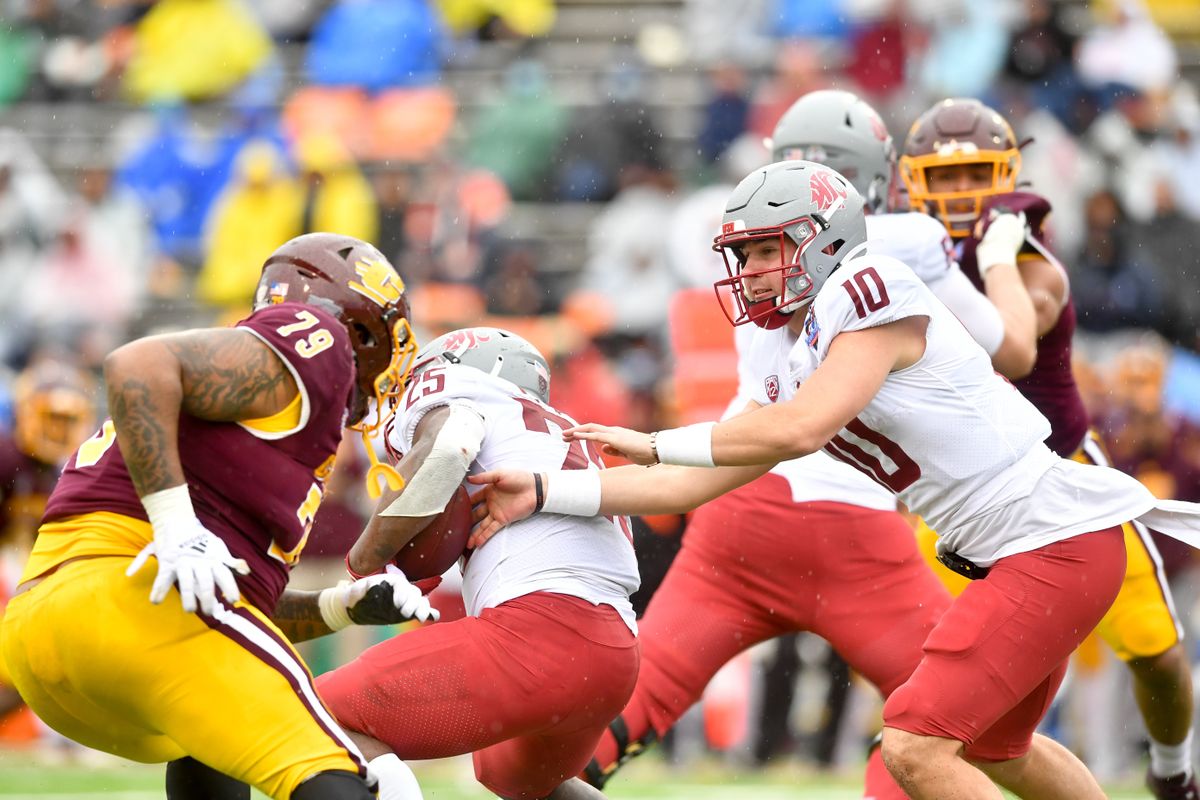 WSU: The Sun Bowl has been over for a few days. But that doesn’t stop Cougar fans from rehashing the result. It also allows Colton Clark a starting point for examining the Washington State offense in 2022. He does that this morning. … The Stanford women visited Pullman yesterday. And, as they have done the 69 times previously when they played WSU, they won. Peter Harriman has this story of the 82-44 rout. … Elsewhere in the Pac-12 and college basketball, the Los Angeles Times spoke with commissioner George Kliavkoff. … Washington is scheduled to start its conference season tonight at Arizona. We’ll see. … There was one men’s game yesterday. California continued its surprising run by routing Arizona State in Berkeley. … The win over Utah may have given Oregon a blueprint for future success. The Ducks host Colorado tonight. … In football news, if the college football playoff expands, will fewer players opt-out? … We linked Jon Wilner’s Pac-12 bowl summary yesterday and we do it again today, as it ran in the S-R. … Utah learned a lot of valuable lessons in its Rose Bowl loss to Ohio State. … Arizona State should have lower expectations next season. … Oregon has lost a safety it hoped would return.

Gonzaga: With the Zags’ season on hold, one analyst is holding off on making predictions about the rest of it. 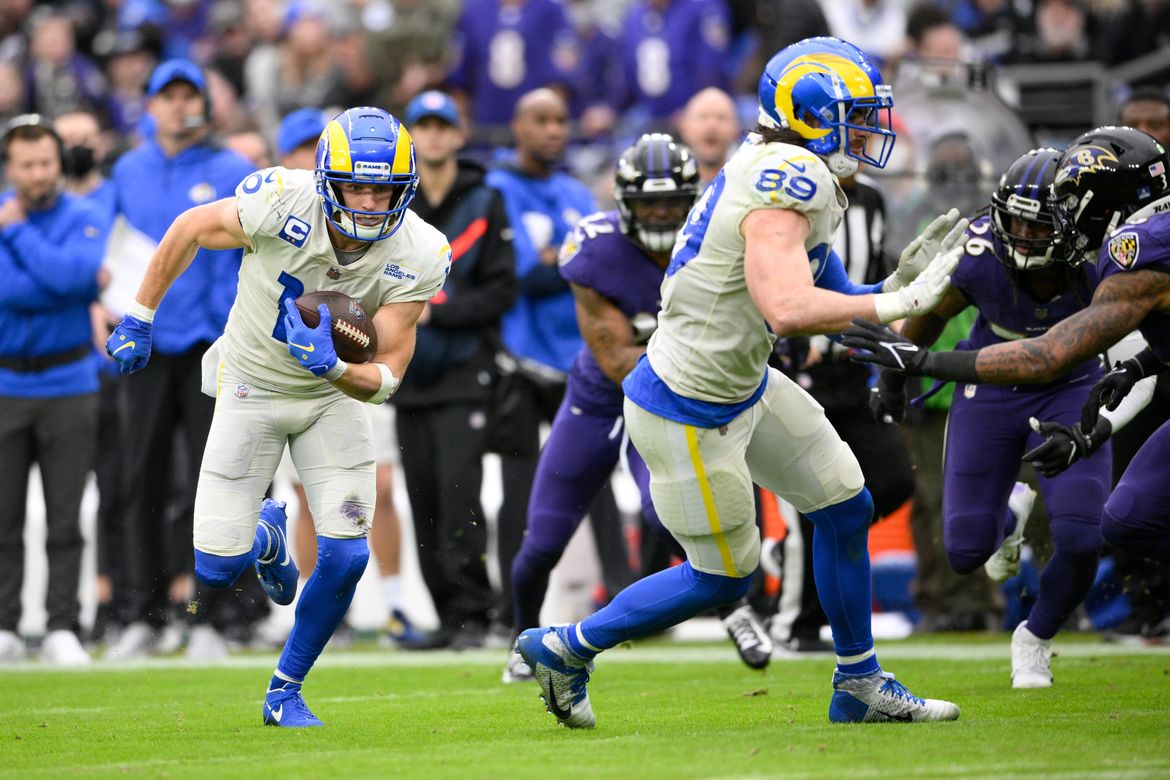 EWU: Cooper Kupp just keeps breaking records this season. And he may not be done. His performance Sunday leads off our weekly look at locals in the NFL. … Around the Big Sky, quarterbacks also connect Montana State and North Dakota State.

Seahawks: One more game remains. But it will be hard to top the 51-29 rout of Detroit the Hawks fashioned Sunday. … Lack of pressure may have played a part in Seattle’s success. Or it may be because Detroit is awful. … The bad news? Bobby Wagner was injured on the first play and will have an MRI on his knee today. … Wilson was really good, which doesn’t mean the speculation will abate. … There are always grades. … DK Metcalf had himself a game.

• The pulled chicken sandwich we made Sunday was spectacular. The chili-cheese fries were really good. But the best part was eating them at halftime of a game the Seahawks were dominating. That kept the heartburn to a minimum. We highly recommend the food – and the outcome. Until later …