A GRIP ON SPORTS • Nothing really spectacular happened Monday, which is especially true if you happened to watch the NFL debacle that unfolded on ESPN. It seemed appropriate Ben Roethlisberger was ineffective while being glorified, something that seems all the rage in the league these days. Last long enough in any professional sports league and your legacy will be overblown, though the NFL is expert at taking it to a level unseen by modern man. That’s a truism. With that in mind, we decided to take a look at some local news events and see if they were overblown as well.

• As important as the head college football coach is, and they are important, it’s the school’s assistant coaches who build the program from within – and without, through recruiting. Which is why most Washington State followers have to be pleased with the choices first-year coach Jake Dickert has made. 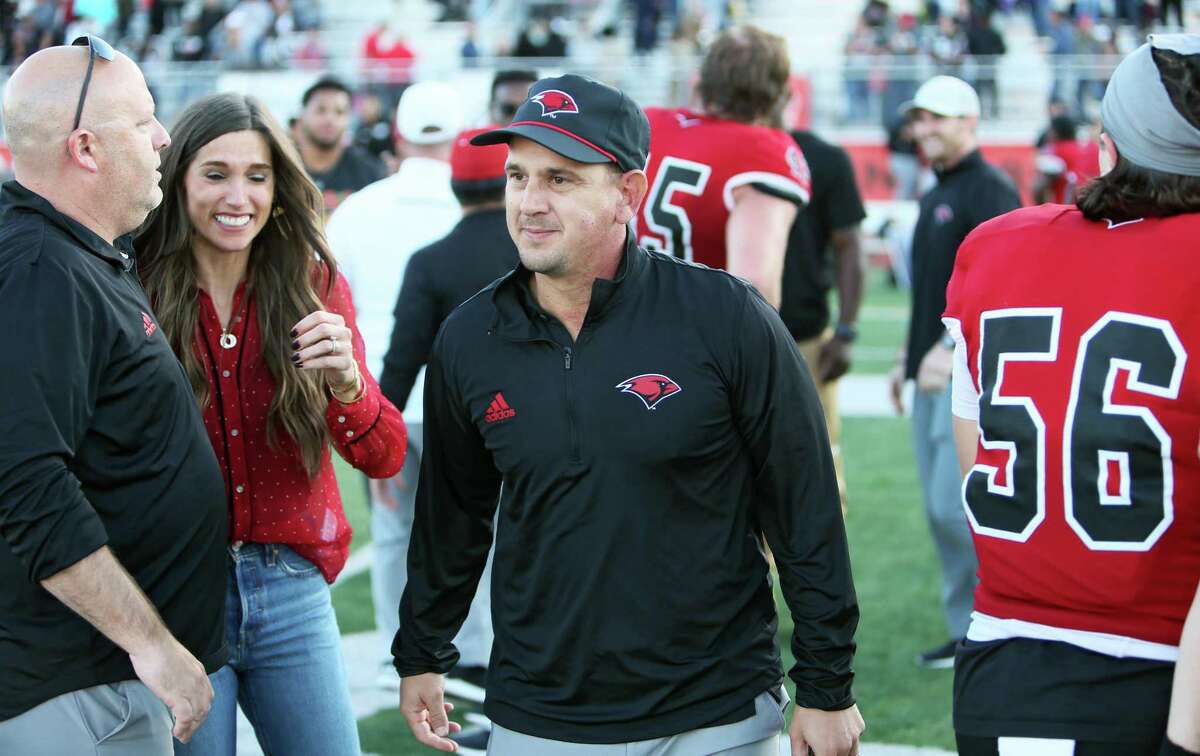 The Cougars officially announced most of the staff Monday and it’s an eclectic group with one thing in common: experience. (If you are wondering who they are, Colton Clark has a quick summary of each this morning.)

Dickert isn’t a wizened veteran of multiple head coaching stops. At 38, this is his first. But he’s built a staff with a variety of high-level experience, many with West Coast ties – important in recruiting – and a few that know Pullman well. Many first-time Power 5 coaches end up surrounding themselves with old buddies they believe they can trust. That usually proves problematic as the level of competition overwhelms them. That’s not a mistake Dickert wanted to make. There are connections, sure, but the staff seems to be chosen with two questions in mind: Can they recruit and can they develop? If the answer was yes to both, then a contract must have been offered.

It’s a smart path to follow and worthy of any praise it receives. 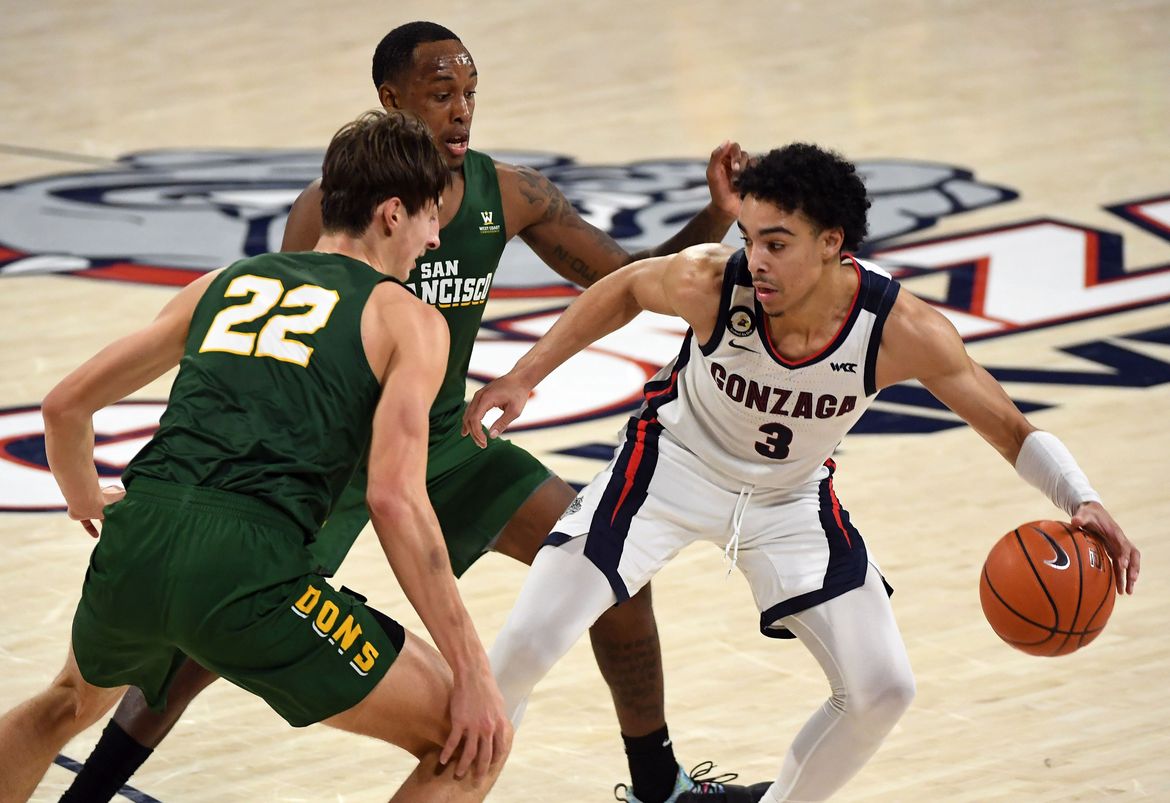 • COVID-19 might take a bigger swipe out of college basketball conference schedules this season than any of the three it has impacted. And that’s saying something. It also became abundantly clear Monday when more games were postponed around the nation and in the Inland Northwest, including with the fourth-ranked Gonzaga men.

Their Thursday game against USF, scheduled for McCarthey, was put off because of the Zags’ virus issues. But the Dons are not sitting around. They quickly announced a nonconference game with Loyola Chicago.

Which means the West Coast Conference doesn’t expect to make up every lost league game.

The NCAA limits each school to 30 regular season games. The Dons didn’t lose a single one of their 14 nonconference matchups (they are 13-1). By playing Loyola Chicago on Thursday in Salt Lake City, it leaves San Francisco just 15 openings to play 16 conference games. So the Dons won’t be playing them all. We can only assume the conference has decided to adjust the rest of the year knowing full well not all of its previously scheduled games will be played.

It’s important for the NCAA tournament prospects of Gonzaga, USF, Saint Mary’s and BYU – all 41 or better in the NET rankings – play each other twice each. Those matchups have to be protected to maximize berths, seeding and financial potential. After that? Anything goes. It will be interesting to see what the WCC does over the next couple weeks.

• There is new leadership in the Riverside Ave. offices of Hoopfest as former Gonzaga star Matt Santangelo has moved on, replaced by Riley Stockton. If the name Stockton is the only thing you see in that sentence, then you are missing the point.

The new Hoopfest executive director is the nephew of the first Stockton, John, who comes to most folks’ mind. That’s true. But like his father Steve, John’s brother, he’s forged a different path. A standout athlete at Ferris High, he went on to play basketball for former Central Valley High star Ryan Looney at Seattle Pacific. He also played professionally overseas, but not for long. Probably because he didn’t want to miss Hoopfest.

In that regard, he becomes the event’s first executive director to have grown up playing on the downtown streets in late June.

But he also has experience in the organization’s other main endeavor, the local youth AAU league. And board chairman Rick Betts mentioned that while talking about the hire. Hoopfest has become instrumental in promoting the Hooptown moniker for Spokane, part of a concerted attempt to grow the city’s cred in the national basketball community – and take it beyond the street game.

Stockton will be asked to lead that effort while bringing the main event back from two years of hiatus due to COVID-19. It’s a daunting task. 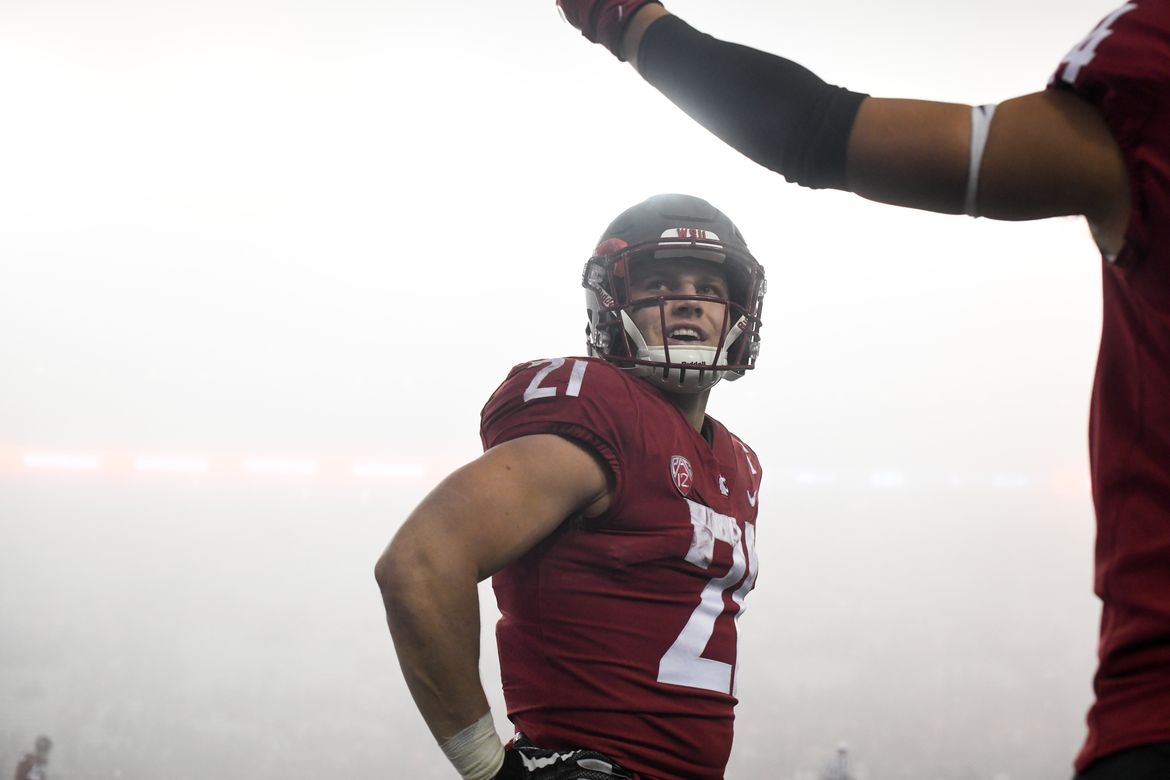 WSU: We covered Dickert’s personnel moves at the top of the column, but that’s not all Colton covered this morning. He also has a story on Max Borghi’s postseason all-star game and combine plans as well as one on Travell Harris’ decision to declare for the NFL draft. Their offseason journeys will be worth watching. … Only Washington State was able to get a complete weekend of games in among the women. … Elsewhere in the Pac-12 and college basketball, there was actually a game Monday. Washington traveled to Tucson and took on No. 9 Arizona. The Wildcats rolled, 95-79. … Oregon State’s virus issues forced it to cancel its nonconference game with Sacramento State an hour before tip. … Oregon’s game with Colorado was also postponed again. … The weekend games between Arizona State and its opponents, including Arizona and UCLA were postponed already. … In football news, Jon Wilner looks at the bowl season winners and losers in today’s S-R. … He also chatted with George Kliavkoff over the weekend and has this story in the Mercury News. … There were interesting musical-chair moves on the transfer front Monday. Oklahoma quarterback Caleb Williams put his name in the portal. So former UCF quarterback Dillon Gabriel, who had announced 19 days before he was headed to UCLA, switched to Oklahoma. Williams is expected to end up at USC, where Jaxon Dart may leave for, possibly, UCLA. Got it? … USC attracted a former Washington receiver. … Colorado is still making staff moves. … Arizona State has to wonder what the season could have been. … Oregon’s new coach has a lot to work with. But possibly one fewer quarterback. 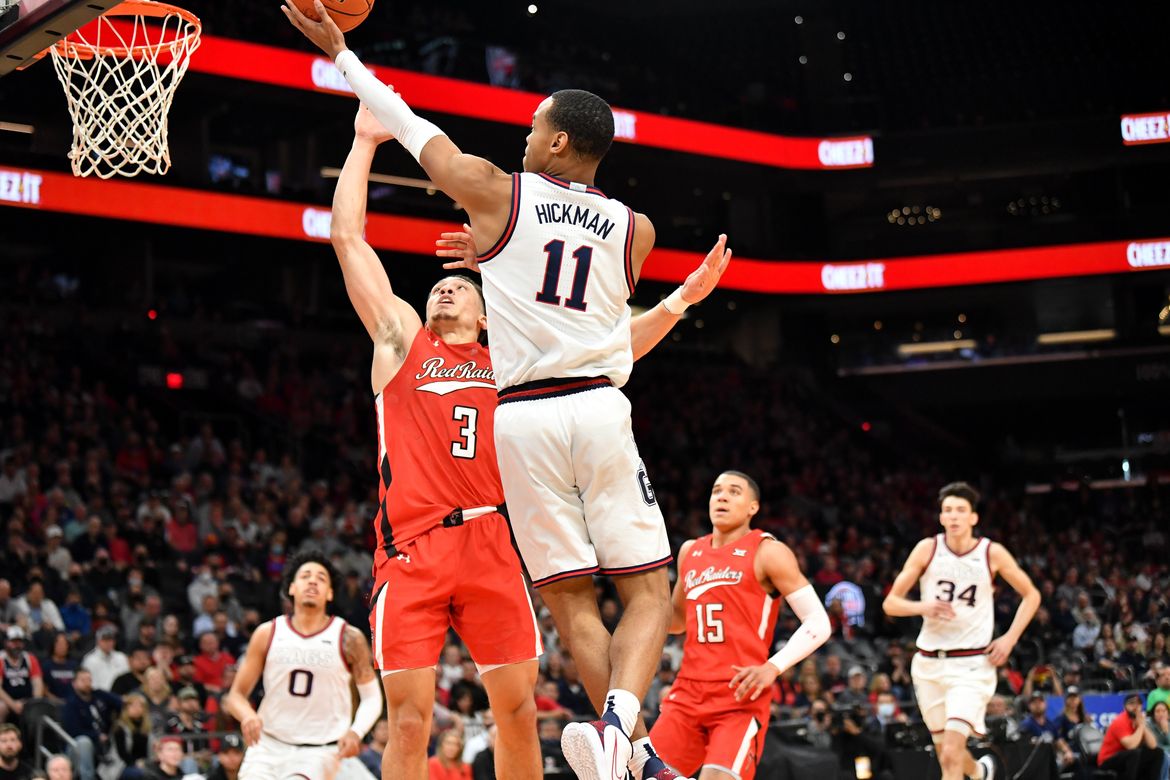 Gonzaga: The USF postponement we mentioned above is the Zags’ third consecutive game lost to their virus issues. Theo Lawson has that story. … Jim Meehan took care of two other news stories, covering Monday’s polls (GU remained fourth) and Nolan Hickman’s WCC award. He earned the conference’s freshman of the week honor. … Gonzaga made its interim men’s soccer coach the permanent one. That news leads our local briefs column. 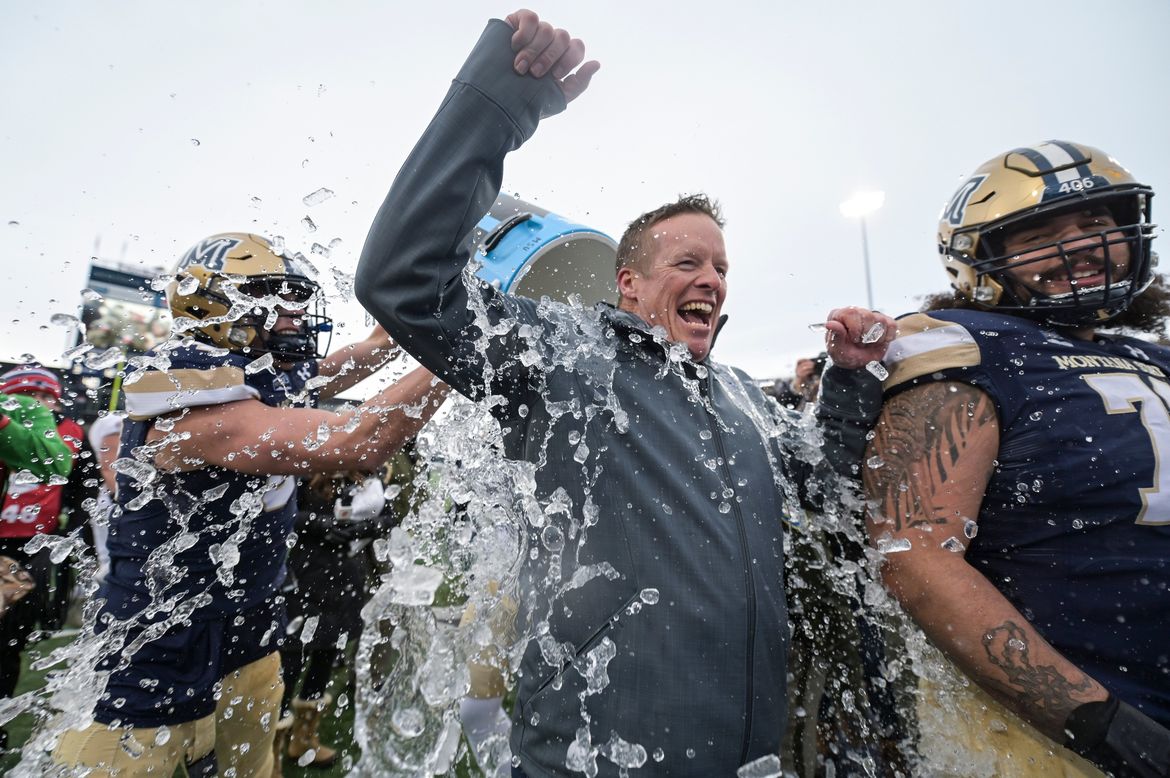 EWU: The NCAA announced yesterday the virus protocols surrounding Saturday’s FCS title game in Texas. A forfeit (or vacated title) is possible. … Around the Big Sky, Montana State is doing its best to keep the virus at bay.

Hoopfest: Colin Tiernan has the story on Stockton’s hiring, which is also available in the link above.

Seahawks: Bobby Wagner’s knee isn’t hurt too badly but he will more than likely miss the Cardinals game. … There is actually some purpose for the Hawks to be playing this weekend in Arizona. … It will also be another chance for Rashaad Penny to show his worth.

• At some point we’re going to delve into the issue with COVID-19 testing and sports but not this morning. We’re pretty sure the flaws that are hurting our nation’s ability to deal with the disease are also infecting the responses schools have to make. In fact, we’re sure of it. Until later …