A GRIP ON SPORTS • The weather forecasters are telling us a huge snow storm coming our way Wednesday night. Could be up to a foot in some areas of the Inland Northwest by Friday. What’s next, locusts?

• Nope. They would freeze to death or be buried in an avalanche. Maybe this next snowstorm – there is already a pile 5-feet high near the end of our driveway – could be postponed due to some sort of protocol. Moved to April, maybe?

Everything else seems to be. 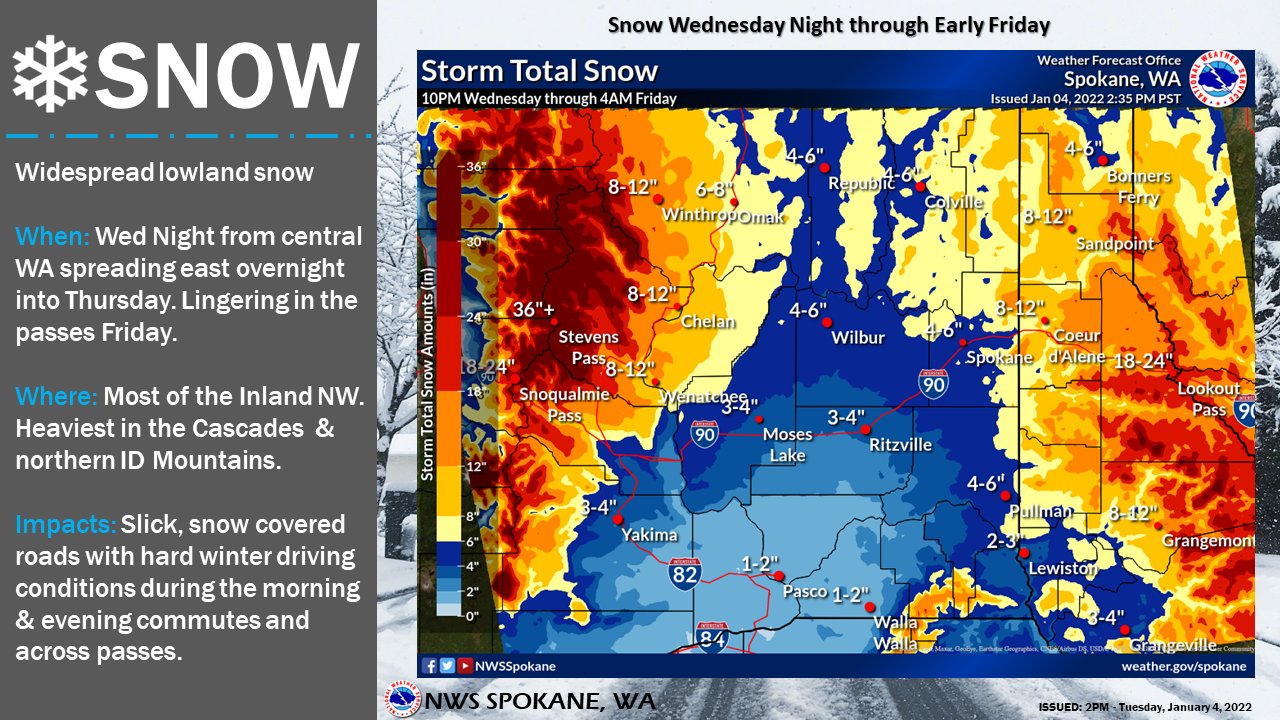 Trying to keep track of the COVID-19-caused postponements in the pro, college and high school ranks is impossible. There are more of them than snowflakes in the sky. Even the Spokane sky.

The NFL is powering through, as always. The NBA and NHL? Not so much. Some teams have been hit hard, others, like the Utah Jazz, have been spared the worst of it. Still, everyone has been touched.

College basketball may have it worst. The Pac-12 and West Coast Conference schools, regardless of gender, have hardly played since before Christmas. Many of the California members of those conferences have decided to keep fans out of the stands for a while. And even the Big Sky, which was holding a hard line against schools not being able to play, announced Tuesday it was changing its COVID-19 policies. Postponements will be allowed.

Those of us who enjoy watching or listening to Gonzaga, WSU, Eastern, Idaho or Whitworth games have felt the huge disruption in the force recently. And we don’t see any Jedi master around to clear it away. Even if it looks a little like Hoth out our window.

The next battlefield? That would be the prep ranks. The powers that be in Oregon on Monday gave the schools a choice: pause all winter sports or put in place mitigating policies. The Portland schools chose the latter, after postponing all of Tuesday night’s events. Next thing you’ll see in Oregon is basketball players wearing masks again.

Such policies will probably spread to Washington as well. It’s hard to envision winter sports not being disrupted in some way, whether it is the virus’ spread forcing changes or Mother Nature and her over-fondness this winter on January snow.

Then again, we just might be overrun by a whole army of snow-loving frogs. Who knows?

• Free agency has come to college football. With it comes one certainty: The folks who sell programs in stadiums around the country next September are going to make a bundle.

We jest, but the reality is this offseason is (and will be) insane. The combination of three factors – the NCAA’s policy of allowing one free transfer, high profile coaches switching schools and new NIL opportunities – are fueling change at all levels of college football.

It doesn’t matter the reasons behind each individual player’s wandering eye. All that matters is they are free to explore their worth once again. And they don’t have to sign a letter of intent or anything. Player A can go on Instagram one day and say they are headed to the University of Malibu and then a few days later take to Twitter to tell everyone they have decided to attend Tornado Alley U instead.

Which leads us to this warning: Don’t get excited if your school seems to be the destination of that coveted defensive tackle until he enrolls in class. Then, and only then, can you be sure he’ll be on the field come fall. Wait. Just to be safe, let’s all wait until the first week of games. Until we see their name in the game-day program. That seems safest. 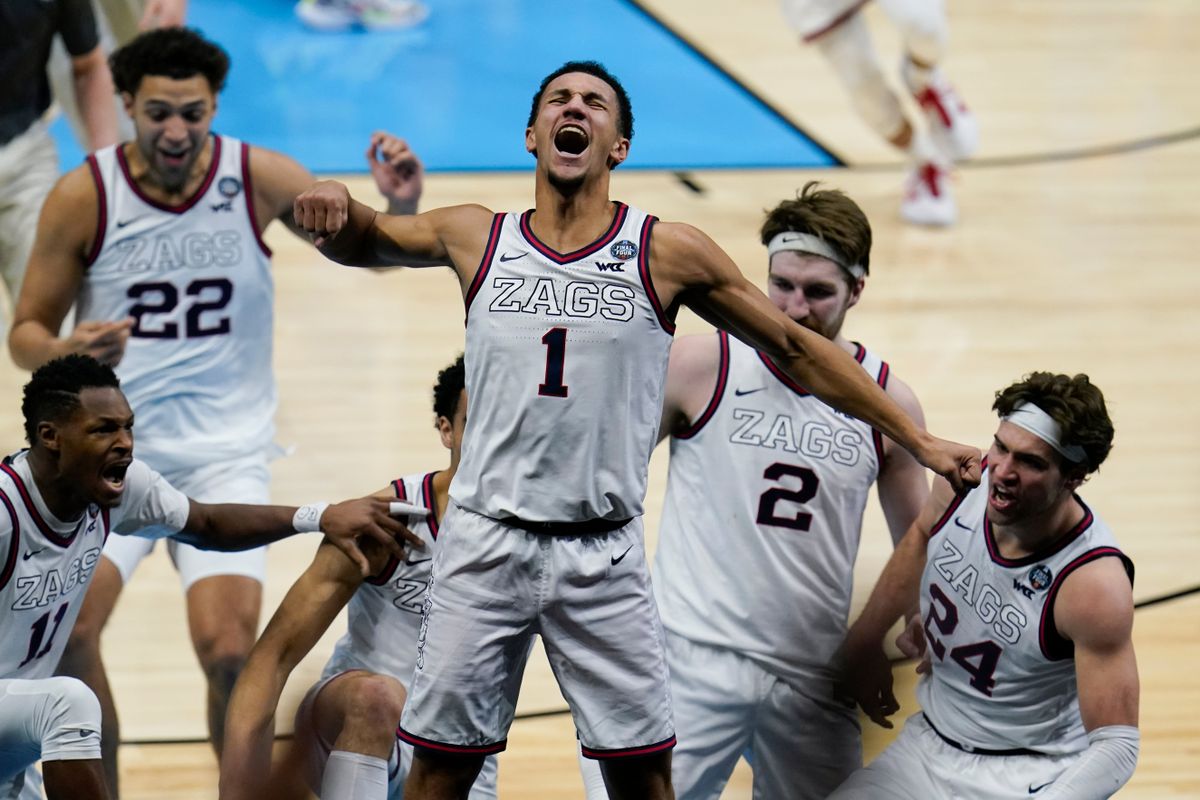 • The first part of January is always a good time to look back on what happened in the previous year. In 2022, it’s Dave Nichols’ job to do just that for the Inland Northwest. A lot of significant sporting news occurred, didn’t it?

One of those special events came late in the year when Mt. Spokane graduate Julianna Peña earned a UFC title bout and then earned the Ultimate Fighting Championship’s women’s bantamweight world champion belt. Charlotte McKinley focused on that story this morning. 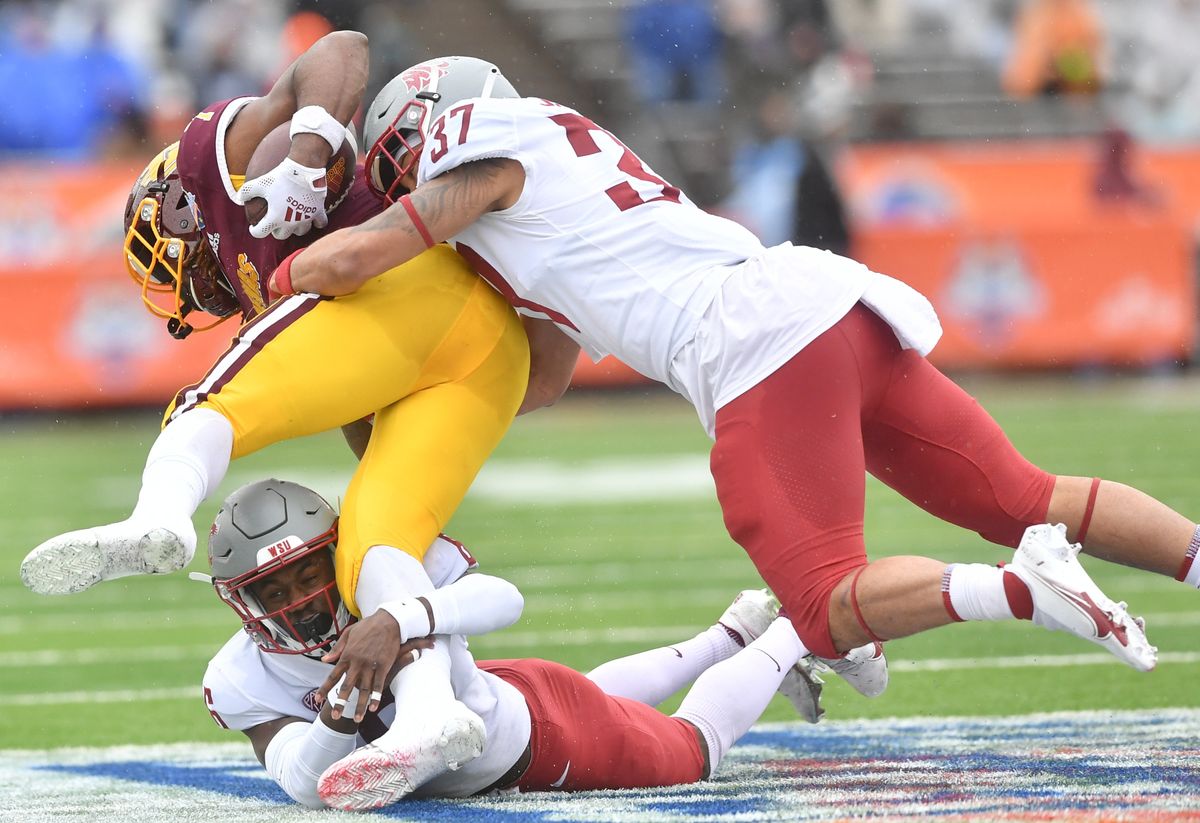 WSU: The Cougars intend to plug at least a couple transfers into their defense next season. But with some notable exceptions – Jahad Woods, Justus Rogers, Jaylen Watson – many of Washington State’s stars on that side of the ball return. Colton Clark takes a look at the defense this morning and throws the special team standouts in as well. … Elsewhere in the Pac-12 and college basketball, trying to determine the conference power rankings are hard right now. Jon Wilner takes a stab at it in the S-R. … Colorado has been on hiatus for a long time. … UCLA isn’t waiting for conference games to resume. It is playing Long Beach State again. … USC is ready to start playing once more. … Arizona is trying to find someone to play this weekend. … In football news, Wilner chatted with George Kliavkoff over the weekend and the S-R published the story today. … He also gave out football grades in the Mercury News. WSU earned an A-. … Another Washington player is headed to the NFL draft. … Oregon is looking to restock through the transfer portal. … Utah already has filled a linebacker hole. … A UCLA receiver is headed to the draft. … Finally, the Rose Bowl is still the Rose Bowl, if you get my drift.

Gonzaga: Around the WCC, this might be the best year ever for the conference. If the virus wanes, of course. … It took a few more games this week already. 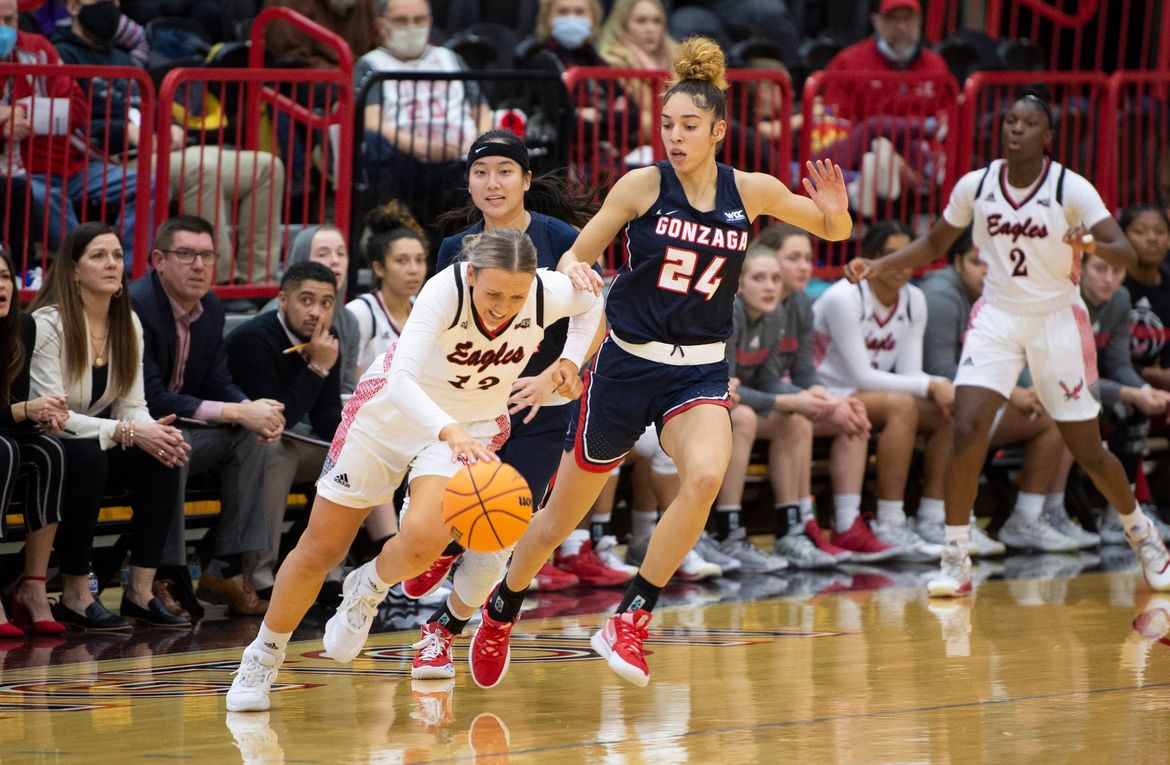 EWU: The new conference policies are easy to understand. At least Dan Thompson makes it seem that way in this story. … Around the Big Sky, with the FCS title game on tap for Saturday, Montana State followers can look back at their school’s last title or wonder how the foundation for this chance was put together. … It looks like a promising basketball season for Northern Colorado. … Northern Arizona has picked up a game. … The big news in hoops, though, was Tuesday’s policy changes.

Preps: It was back to the basketball court for many schools last night. Dave has a roundup of the results.

Seahawks: Matt Calkins delves into the positives and negatives of putting Russell Wilson on the trading block. … Next up for Seattle is up-and-down (but mostly up) Arizona. … Alex Collins’ season is over.

Kraken: Seattle hasn’t been very good in its first season.

• Don’t let Kim know, but I don’t really mind shoveling snow. Small amounts of it anyway. When a foot falls, however, I’m out. That’s why we have a snowblower. It’s time today to make sure it’s running. And the salt supply is in good order. Winter. It is a plague in its own way. Until later …