A GRIP ON SPORTS • You probably don’t have questions but we have answers anyway. That’s what we do. Explain all the issues you really don’t care about. You’re welcome. 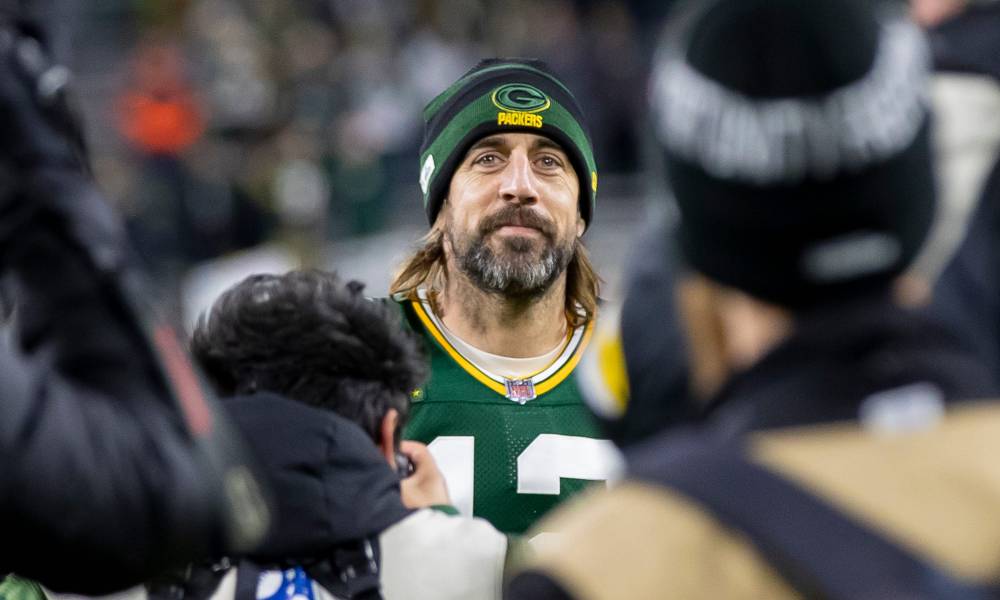 • Would you not vote for an MVP candidate because he’s a big jerk? This one is simple. No. Mainly because it’s really hard for me to justify voting for any award. Heck, it’s always been hard to even vote in preseason polls. In-season polls as well.

When I was covering the Washington State football and men’s basketball teams, I felt pretty confident I knew those two squads inside and out. The rest of the conference? And the teams around the country? Not so much. I wasn’t that upset when our editor at the time wouldn’t let anyone vote in the A.P. polls. Oh sure, you could study stats and such, but trying to determine who was best seemed to be a fool’s errand. It’s why sports books make money, right? And rating individuals? Even statistics can’t tell the whole story. How do other teams defend them? What are they asked to do within their team’s structure? That and other questions are hard for an outsider to judge.

It’s gotten to the point I’ve wised up and just don’t vote anymore. Besides, if a guy is a jerk, why would anyone ever vote for them for anything?

• Is it ever going to stop snowing? Yes. According to my sources, April 12 will be the last day of snow in the Spokane area.

• Can Gonzaga’s men win the national title in 2022? Yes. If they ever get to play again.

• What’s the best feel-good story in college hoops? For my money it is the re-emergence of Arizona under first-year coach Tommy Lloyd. Of course, in this I am not an innocent bystander. Tommy has been a long-time friend.

• Is his success a surprise? Nope. It was obvious even when he was teaching middle school science and coaching back at the turn of the century he was going to be a success as a basketball coach. He found the right spot, was able to earn a job and has been running with it ever since.

• What’s the worst story in college hoops? Let’s take the virus-caused disruptions out of it, because that’s too easy. Of the myriad of other things to choose from, we vote for either followers of certain schools – we see you Arizona fans – whining about teams impacted by COVID-19 “ducking” them or Dick Vitale’s on-going battle with cancer.

Say what you will about Vitale’s style, his unique persona is missed. He loves the game and projects that every time he sits in front of a microphone. Besides, having to battle cancer (or any other life-threatening disease) is an awful situation anyway. Throw in a pandemic that’s stressed health-care providers to the limit and I can’t even image it.

• Will the Seahawks make major changes in the offseason? It depends on what you mean by major. If you define it by a total revamp of their offensive line, again, then yes. If you mean moving Russell Wilson, Bobby Wagner or any other star, probably not. If you define it by a change at head coach or general manager, then no again.

In other words, all we see is incremental change once more. Which isn’t going to decrease the grumbling among the fan base.

• Are you sick? No, but I have been in COVID-19-protocol hell for a few days. Just before Christmas I discovered I had been around somebody who tested positive for COVID-19. So I did my duty, went to my health care provider – I won’t rat out the company to protect the guilty – and had a PCR test. About 24 hours later, I received a clean bill of health. Over Christmas it seemed as if I had a cold but it wasn’t a big deal and by the day after the holiday, my symptoms had faded away.

On the 30th, as basketball practice resumed, I was tested again, though it was a quick one. Every person connected to school sports in the state of Washington is getting tested three times a week. My result that day? Clean. On the morning of Jan. 1, though, a quick test seemed as if it could be negative, though the line defining such matters was so faint as to be hard to see. Another quick test was administered. It was clean. But the first test was all that anyone cared about. Welcome to the morass that is COVID-19-protocol.

Trying to limit the time in limbo, I headed to my provider’s PCR testing site that afternoon, arrived fifth in line as it opened and got tested. Now, some 115 hours later, I still don’t have the results of the test. And my provider can’t help. They are at the mercy of an overburdened lab. Or so they say.

Without the PCR test, and even though I’ve taken two at-home tests that both came up clean, I can’t coach until 10 days have passed. The recent change in CDC protocols doesn’t matter. I have no symptoms. I feel great. But that doesn’t matter either. One inconclusive test was enough to knock me out of action.

If you have wondered why there have been so many COVID-19-related postponements, now you have an idea. 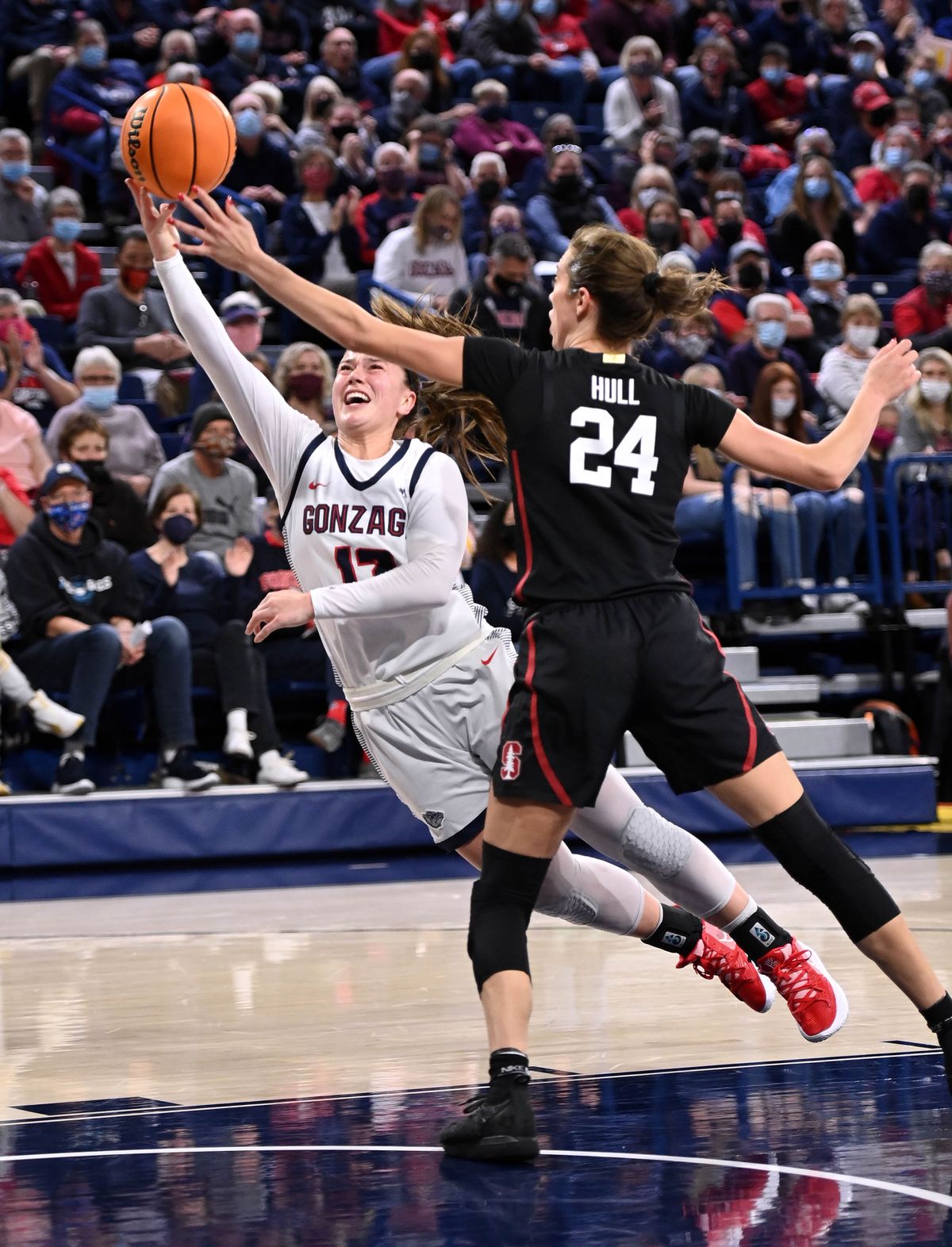 Gonzaga: The women expect to return to the court tonight in Portland. As Jim Allen tells us, it will be a homecoming for senior guard Cierra Walker. … The men expect to play Saturday against Pepperdine in the Kennel. Theo Lawson has that news and a preview of the game. … He also shares the news about the Wooden Award midseason top 25. The list includes Drew Timme and Chet Holmgren. … Jim Meehan has a story on Corey Kispert’s first year in the NBA. … The Zags’ place in the power rankings has been, shall we say, stagnant. … Around the WCC, USF is playing a pretty well-received game today in Salt Lake City. Against Loyola Chicago. … The postponements haven’t been good for BYU. But the Cougars are excited about starting up again. 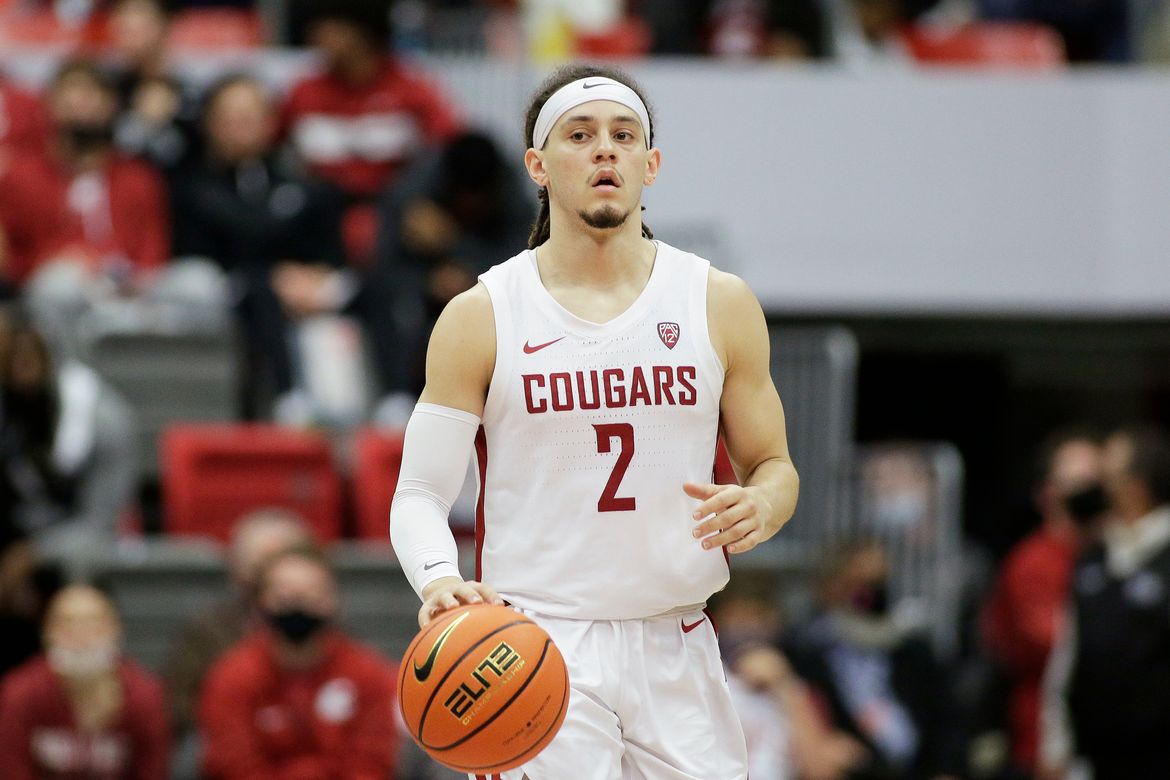 WSU: Given a clean bill of health, Washington State’s men are scheduled to return to basketball action tonight. The Cougars are in Boulder to face Colorado. Colton Clark has this preview of that game and Saturday’s scheduled matchup at Utah. … The women sit near the bottom in this Pac-12 power ranking. … Elsewhere in the Pac-12 and college basketball, Washington is turning to Riley Sorn again to shore up the inside of its defense. … Oregon is having issues, so the game with Oregon State is off this weekend. … A Colorado player’s family lost their home recently. … The Buffs seem ready to host the Cougars. … Utah may shuffle its lineup. … California has been playing well but USC is a different – read, better – challenge. The Trojans won’t be playing Stanford, however. … UCLA won’t allow fans at games either. … An Arizona State announcer is tired of the social media chatter about postponements. Amen. … Arizona tried to play Colorado State this weekend but it didn’t work out. … Stanford is still the best women’s team in the Pac-12. … In football news, Wilner’s grades for the season, which we linked yesterday, are available for S-R readers today. … The defections from Washington continue. Husky fans might as well get used to them. … What changes are we going to see at Oregon? Besides Tosh Lupoi as defensive coordinator, of course. … How about at Colorado? … UCLA tight end Greg Dulcich, who attended my high school, has turned pro. … Arizona State’s seniors have all-star games to play in. … Arizona’s injured quarterback is on his way back. 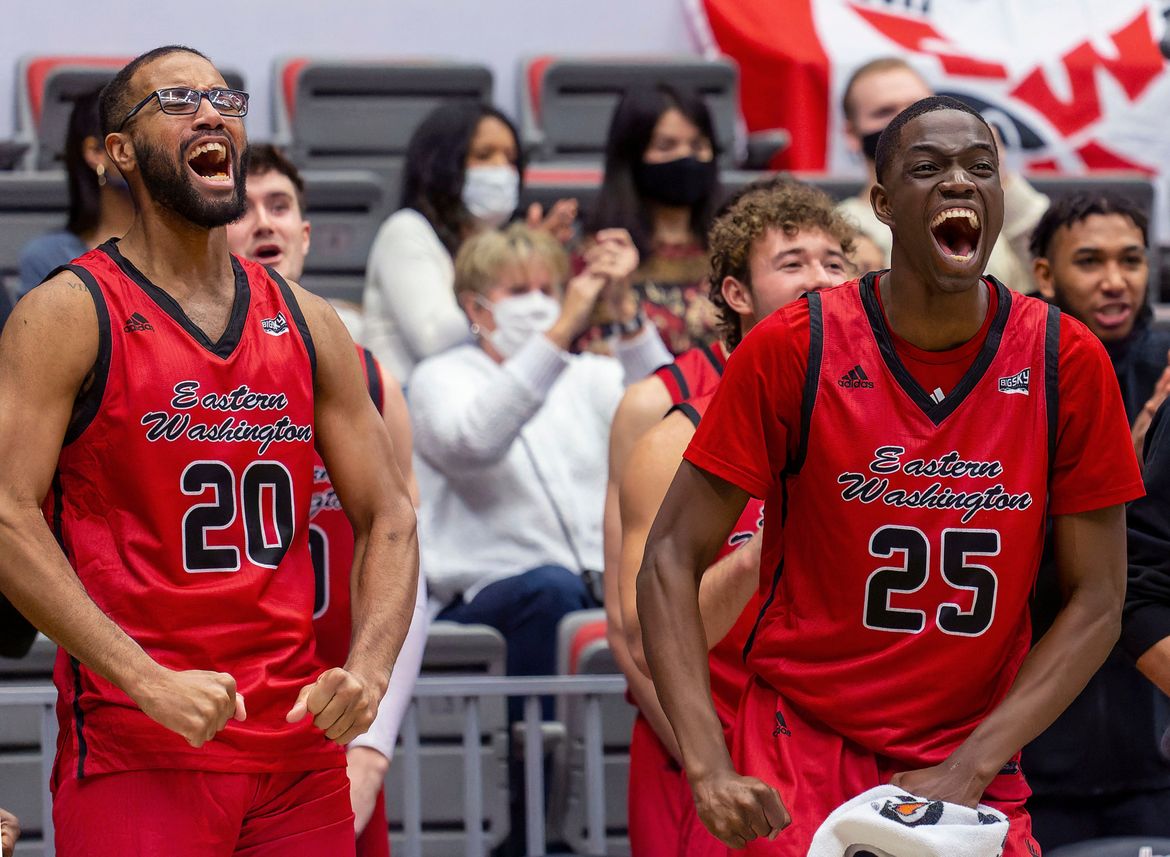 EWU: We’re really not sure who this Linton Acliese III guy is on the Eastern roster. We know Boogie Acliese, but not Linton. We kid, as Acliese is better known – much better known – by his nickname. But the way he’s been playing, that has actually taken center stage. Dan Thompson has the story. … Around the Big Sky, Montana is prepping for the showdown with Eastern. … Northern Colorado is letting kids in free to its game this weekend. … Northern Arizona got a game in last night and won. … In football news, just how did Montana State get to the FCS title game? This guy had a lot to do with it. … Northern Colorado has put next year’s schedule together.

Preps: We linked above Dave Nichols story on last night’s only GSL basketball game, Mead’s romp at Ferris, but we do it again here. … Dave also has this roundup of Wednesday’s wrestling events.

Seahawks: Bobby Wagner talked with the media yesterday. He’s going to try to play Sunday. But no matter what, he showed once more his depth of knowledge and wisdom is unparalleled among current professional athletes. … Pete Carroll is positive Shane Waldron has done a great job. What a surprise. … Adrian Peterson may just make a great coach.

Kraken: Is it to early to make a coaching change? Yes.

• Just checked again. No test results. PCR tests can be processed in as little as four hours if need be. Or 120, if the demand is great. Which it is. I have this vision of one poor, Dickens-like character hunched over a microscope in a dingy lab, mumbling to himself about vaccines, politics and the idiocy of his fellow humans. Until later …