A GRIP ON SPORTS • It’s sort of sad, isn’t it? The college football season is basically over. No more Saturdays hunkered down in front of the television, rooting on the old alma mater or rooting against whatever SEC team ABC is hoisting upon us. Now all we get to watch on Saturdays, even cold, snowy Saturdays, is figure skating.

• OK, we’re exaggerating for effect. There is more on than figure skating, though the U.S. Figure Skating Championships are on NBC tomorrow at 1 p.m. (PST) if that’s your cup of tea. But if you like coffee or Diet Coke, we can offer you the accompaniment of college hoops or, even, NFL football.

Nature may abhor a vacuum, but not nearly as much as the world’s most powerful football league. With college football basically over – Saturday’s highlight is the FCS title game from Frisco, Texas, though it starts at 9 a.m. here and is on ESPN2 – the NFL is finishing up its season with two Saturday games.

First up, at 1:30 p.m. is another Kansas City Chiefs game. The AFC Super Bowl rep the past two years, Kansas City faces (checks notes) … oh, darn … Denver. Well, we can skip that ABC/ESPN game. No problem. At 5:15, Philadelphia hosts Dallas. Maybe the Cowboys will lose again and we can all make fun of Jerry Jones. Or they may win, and we still can. Either way, it’s a win.

Of course Sunday is the NFL’s main day. And most folks in this area are mainly interested in the Seahawks season-ending game in Phoenix. Or are they? The Hawks’ COVID-19 list keeps growing, Bobby Wagner probably won’t play, the season has been an abysmal failure and the offseason could be consequential in a number of ways. Still, it’s the Hawks, so we’re pretty sure most of you will tune in to Fox at 1:25 p.m.

There’s not much in the way of other options.

Wait, there is golf from Hawaii on NBC? That might be worth some time. After all, watching a bunch of really good players shoot 25-under in the warm Hawaiian sun can takes one’s mind of the fact we won’t be shooting 25-over until April around here. At the earliest. 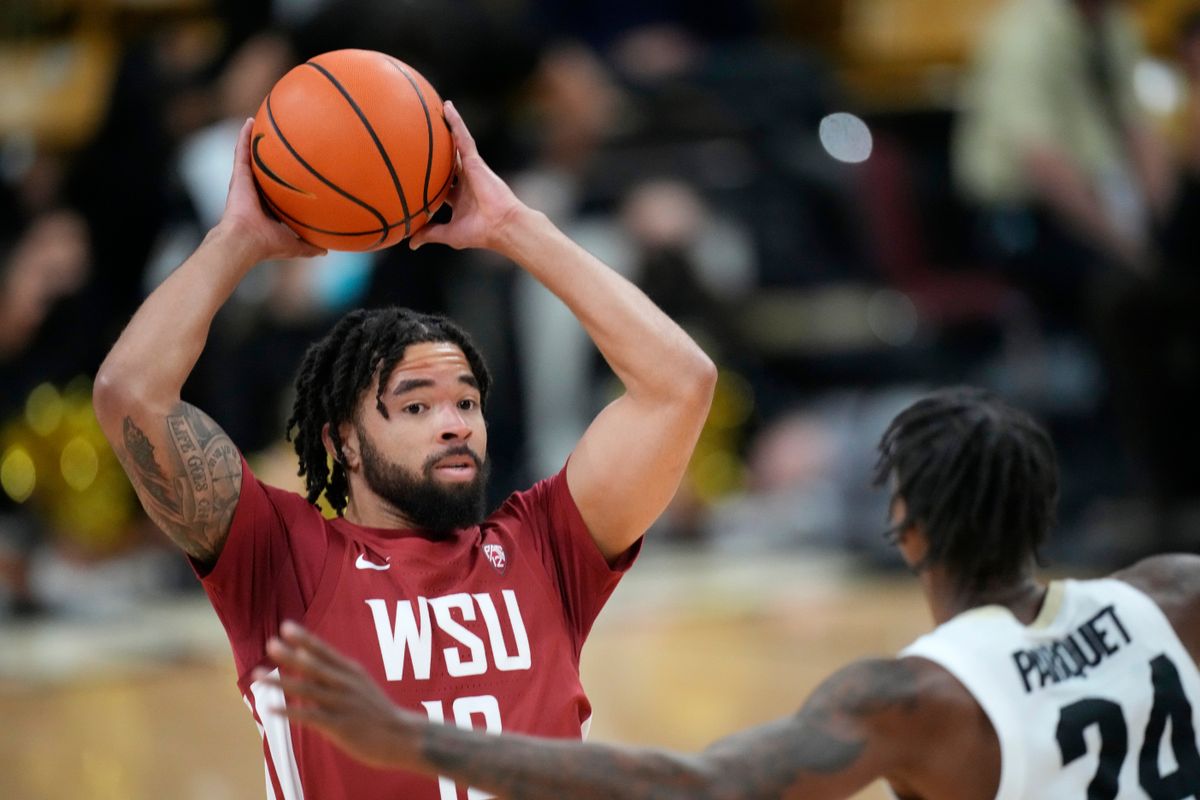 • We spent some time last night watching Washington State play Colorado and once again questioned our life choices. We haven’t quantified it but we’re pretty sure WSU’s men are about a minus-107 in the minutes we’ve watched them play this season.

There is no correlation – of that we’re sure, though we’re starting to wonder. Every time we turn on the Cougars they are either winning big or right in the contest. And by the time we muster up the disgust to turn the channel, their stagnant offense and way-too-reliant-on-their-bigs-to-block-shots defense has squandered that edge.

We were a little late to the party last night and when we tuned it, WSU was up six. By the time we clicked over to Netflix, the Cougars were behind. We remembered the game about an hour later, made the switch and proceeded to see a series of interesting calls, the loss to fouls of two of the better young bigs in the conference and another close-but-no-candy-cigarette loss – which included a WSU player being pushed to the floor but somehow drawing a flopping technical. The final score: Colorado 83, WSU 78.

To paraphrase that noted philosopher Jimmy Buffett, we’re pretty sure it’s our fault. 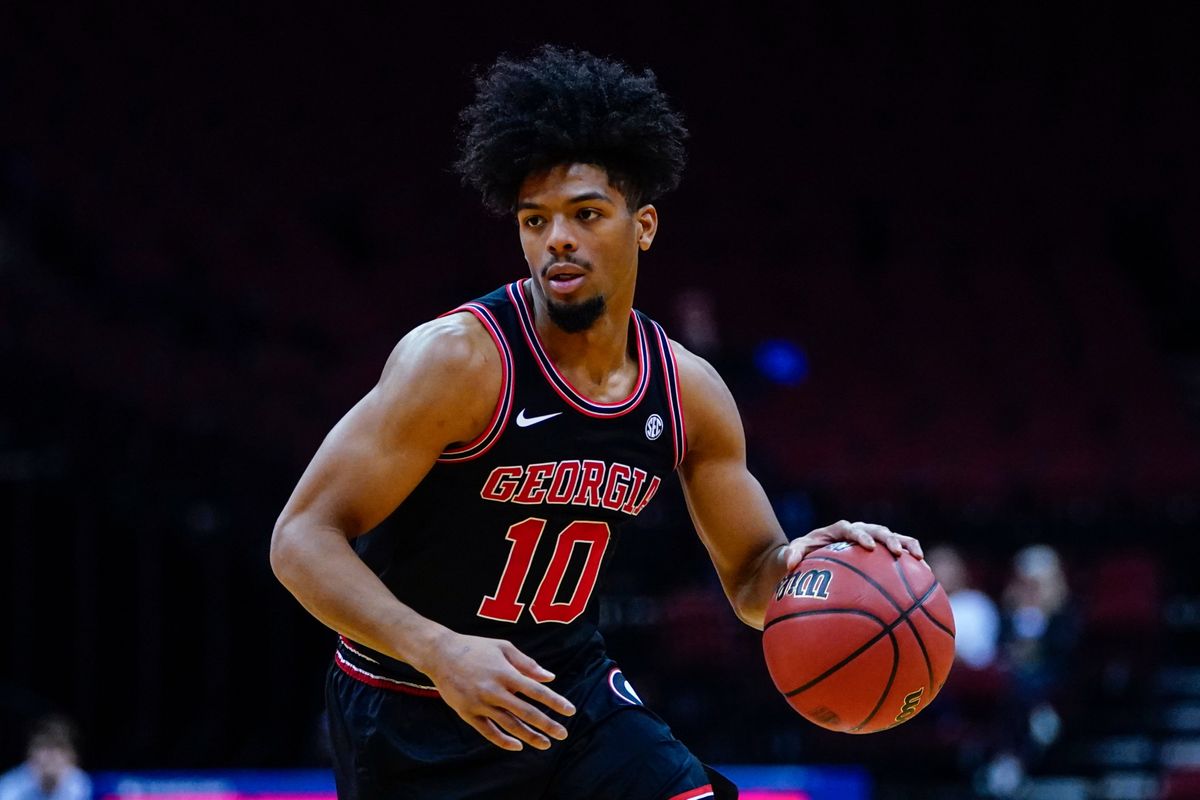 Gonzaga: The women finally got back on the court after their virus-related pause and they made the most of it. Playing on the road against one of the West Coast Conference’s better teams, the Zags pulled away late and won 76-65. Jim Allen watched and has this coverage of their WCC opener. … Despite getting to the NCAA title game a year ago, the men lost three players to transfer. Jim Meehan dug into how they are doing in their new spots. … Received an email yesterday from the Gonzaga athletic department. It was about a measure the school is taking to limit the chance of the virus spreading at home games. No more concessions. It’s better than not letting anyone in, sure, but just enforcing the mask mandate, especially among some high-profile fans, would probably have been a better first choice. Wonder if that’s going to happen? Theo Lawson has all the particulars about the change in this story. … Around the WCC, USF lost its well-praised matchup with Loyola Chicago in Utah yesterday. Let’s see how it plays out in March when the NCAA selection committee meets. Would have a win over, say, Pacific have been better for the Dons than this loss? We’ll see, because that’s what they sacrificed. … Speaking of the Tigers, they lost big last night at BYU. The Cougars seem ready to challenge GU again. 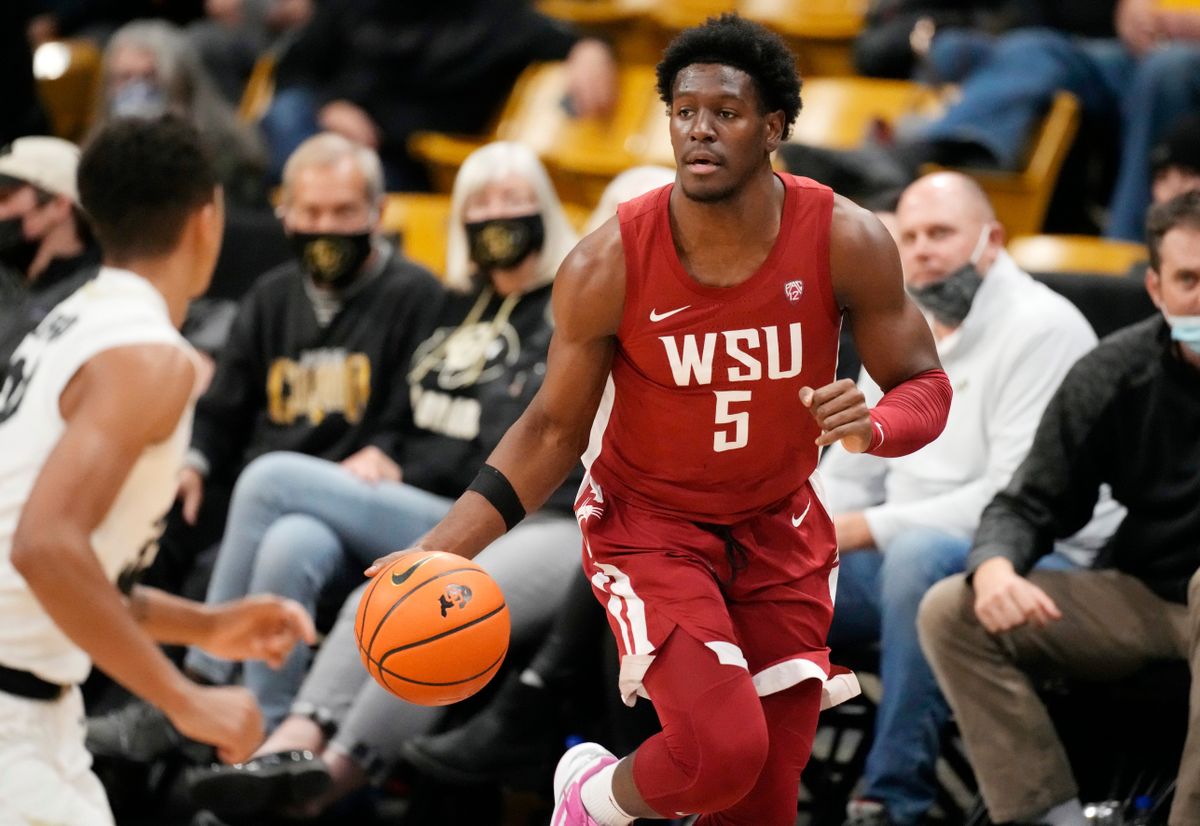 WSU: Colton Clark watched the entire Washington State game last night, took part in postgame interviews and wrote this game story. … The Buffs’ second half push didn’t come out of nowhere. … Dan Grayson’s widow is speaking out about CTE and her husband’s life. … Klay Thompson is about to return again for the Warriors and this Athletic story on some his antics is worth reading. … Elsewhere in the Pac-12 and college basketball, the NCAA clarified some things concerning hoops and COVID-19. … That won’t quiet the silly folks connected to Arizona concerning their lack of games with the L.A. schools right now. … Washington not only was able to play last night, the Huskies rallied past host Utah, erasing a 14-point deficit in the process. … USC played as well and kept its unbeaten record intact by cooling off red-hot California. … UCLA pounded Long Beach State in its first game back from a long COVID-19 pause. … Oregon State still feels it can do something special this season. … In football news, the new commissioner wants the school CEOs to spend more money on the sport. Seems like a hard sell at places like Pullman, where the deficit has already reached U.S. government-like proportions. … The Apple Cup has been, surprisingly, not the low point for Washington football. … The Huskies held on to one of its key players though. But a defensive tackle with potential headed to Oregon and a long-time starter left as well. … Arizona State is using the transfer portal to fill a bunch of holes. … So will Arizona. … Utah is getting one of its better running backs back. … Colorado has a new offensive coordinator. 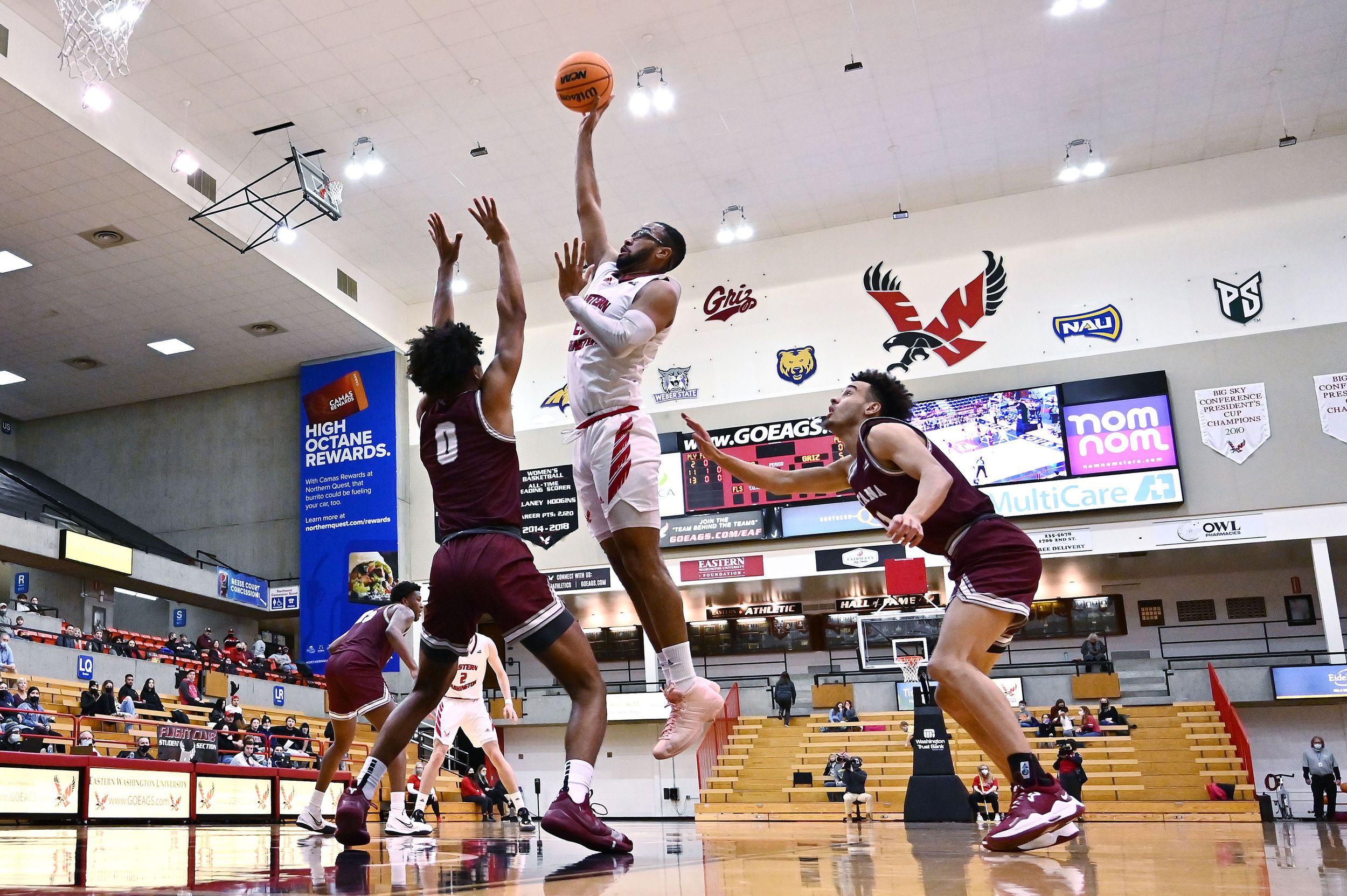 EWU: Montana has returned to near the top of the Big Sky standings. Eastern, however, is still trying to find its way under first-year coach David Riley. So maybe it’s not a surprise the Griz prevailed last night in Cheney, 90-78. Dan Thompson has the story while James Snook adds a photo gallery. … Around the Big Sky, Montana State will try to win its first FCS title since 1984, which was a long time ago. And the Bobcats will try to defeat North Dakota State with a freshman quarterback who began the season as fourth-string. … In basketball news, Weber State and Idaho State won’t be playing this week.

Idaho: Montana State played in the Vandals’ new arena for the first time. The Bobcats are 1-0 there after their 20-point victory. Peter Harriman has the game story.

Preps: We have a correction to pass along on a wrestling score.

USL: Mark Richards is leaving the Downtown Spokane Partnership to go to work for the soccer league. Jim Allen has more in this story. 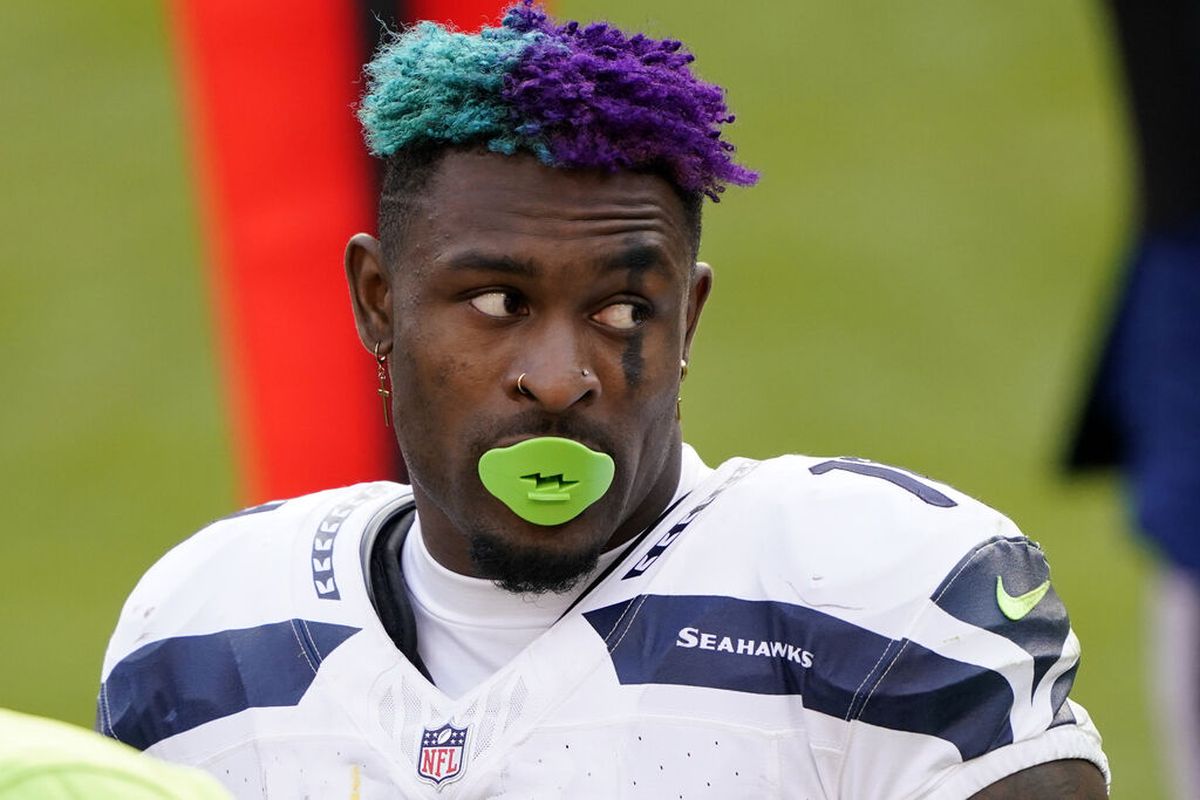 Seahawks: Russell Wilson spoke with the media again yesterday. It was a wide-ranging conversation. … So did receiver DK Metcalf, who would sure like a long-term deal with Seattle. … Is Rashaad Penny essential for next season? … Another Hawk who dealt with the virus was surprised how bad it turned out to be. … Oh, yes, the Seahawks play Arizona on Sunday.

Mariners: We believe Cal Raleigh is going to be a competent to good catcher. He didn’t show that last season, his first taste of big league competition. Ryan Divish explains where the M’s are headed with their catching corps.

Kraken: Jaden Schwartz is out a while with a hand injury. … Yanni Gourde loves playing hockey.

• Still waiting on my PCR test results. It has been almost six complete days. One might argue that is counterproductive in the midst of a national health-care crisis but not me. I’m not smart enough to have an opinion on such things. I just get to opine about sports. That’s my lane and I’m sticking to it. If, however, if such an occurrence was messing with the Cougars or Zags or whomever, boy would I be raising holy heck. Until later …