A GRIP ON SPORTS • It looks as if the Washington State Cougars will be featuring a new quarterback next season. Jayden de Laura has reportedly entered the transfer portal.

• That news would qualify as breaking, sure, but not surprising. Though de Laura wasn’t recruited to Pullman by former coach Nick Rolovich, he blossomed under his coaching staff. And de Laura had some longstanding connections to some of the coaches who decided not to be vaccinated and lost their jobs. 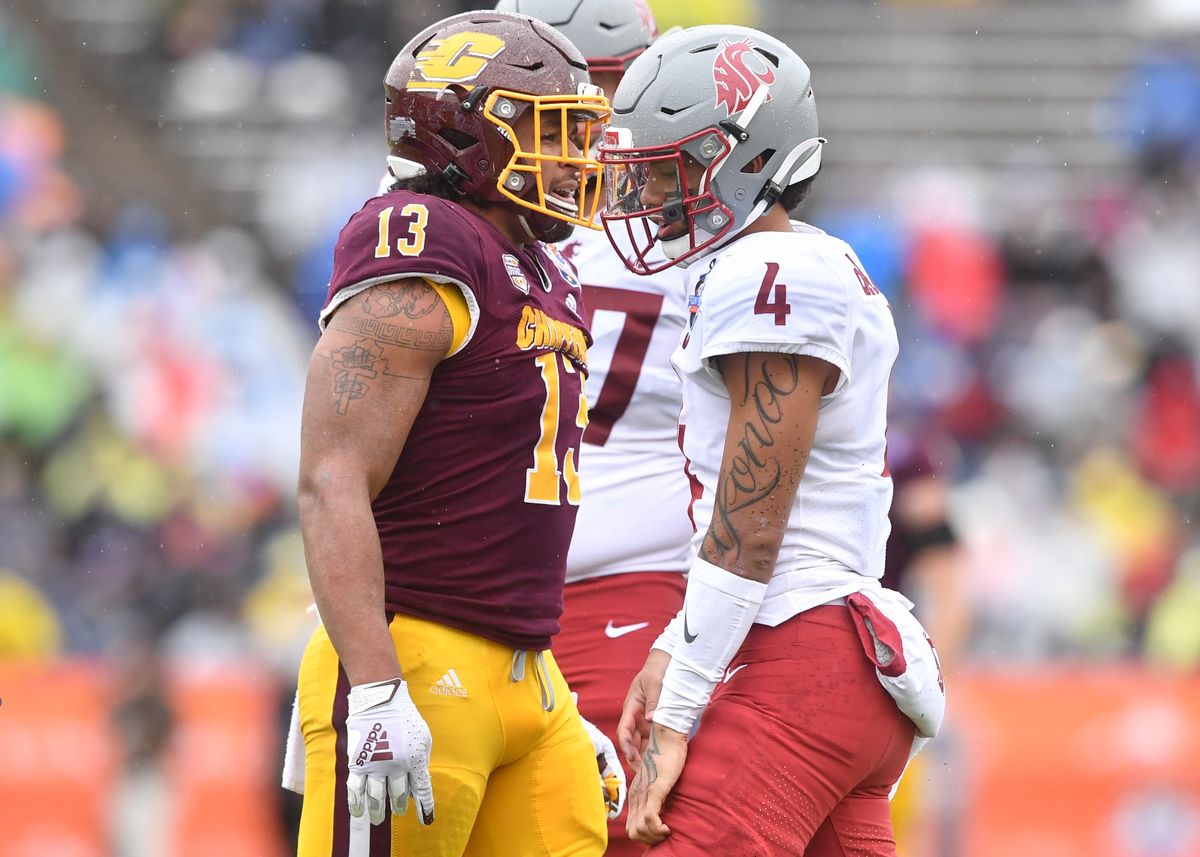 Is that part of why de Laura is looking to leave? He hasn’t said but it would seem likely, in light of the offensive changes coming to the Cougars.

New coach Jake Dickert has hired Eric Morris, from Mike Leach’s coaching tree, as offensive coordinator. That means Washington State will be running a form of Leach’s Air Raid offense, which differs in some ways from the Run and Shoot Rolovich favored – and de Laura excelled at.

However, Rolovich’s preferred offense, which de Laura also ran in high school in Hawaii, isn’t used in many places. If that turns out to be the main reason the quarterback is looking to make a change, then his options are limited. Not even Hawaii, which recruited de Laura when Rolovich was the head coach there, runs it anymore. Besides, that program is in turmoil the likes of which we haven’t seen before.

So what happens to the Cougars if de Laura doesn’t decide to stay? The on-campus options are Victor Gabalis, a walk-on sophomore who finished the Sun Bowl after de Laura was injured, and freshman Xavier Ward. But there is one intriguing off-campus possibility. 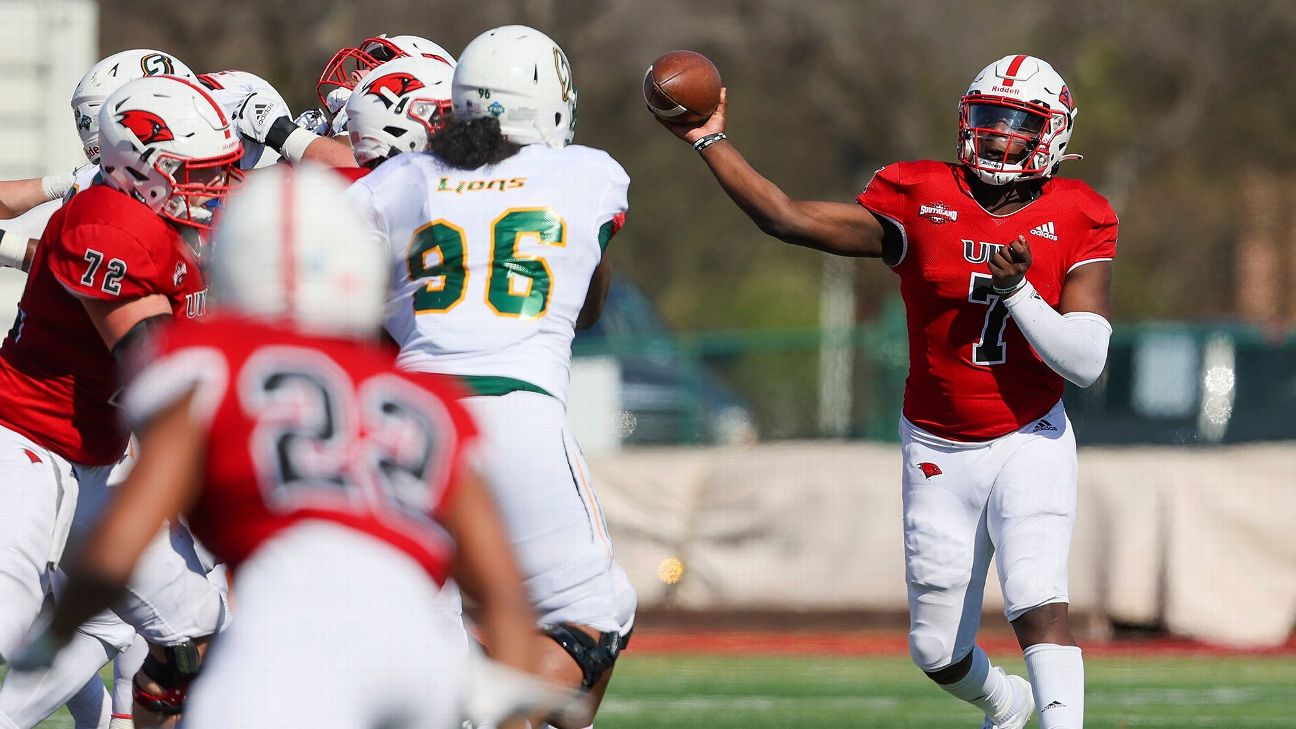 Morris’ quarterback last season at Incarnate Word, Cameron Ward (no relation to the Cougars’ Ward), is in the transfer portal. The Cougars have offered. He reportedly visited Pullman already.

Ward threw for 4,648 yards, with 47 touchdowns and 10 interceptions as the FCS Cardinals finished 10-3, advancing to the second round of the FCS playoffs.

If he picks WSU over other schools that have offered, the Cougars would seem to be set at the position. If he surprises everyone and heads somewhere else? The transfer portal holds other possibilities in this season of football free agency.

• It looks as if Gonzaga’s men will be back on the court tonight for the first time since Dec. 28. The Bulldogs are slated to play Pepperdine (6 p.m., KHQ) in McCarthey, ending their COVID-19 hiatus, which caused the suspension of three West Coast Conference games.

As with any college basketball game currently, we won’t be sure it’s on until it actually tips. If it does, we’ll be watching. And writing a TV Take, something that’s been on hold due to the pause as well.

The Gonzaga women have lost games too, including today’s scheduled home game against Santa Clara. They have played just once since Dec. 21. To fill the gap, the Zags have scheduled a second game this season against No. 2 Stanford. That will take place tomorrow in California and will be available to watch on Stanford’s live streaming site.

The one thing this season has taught us college basketball fans? We have to be nimble as well. The schools certainly are. 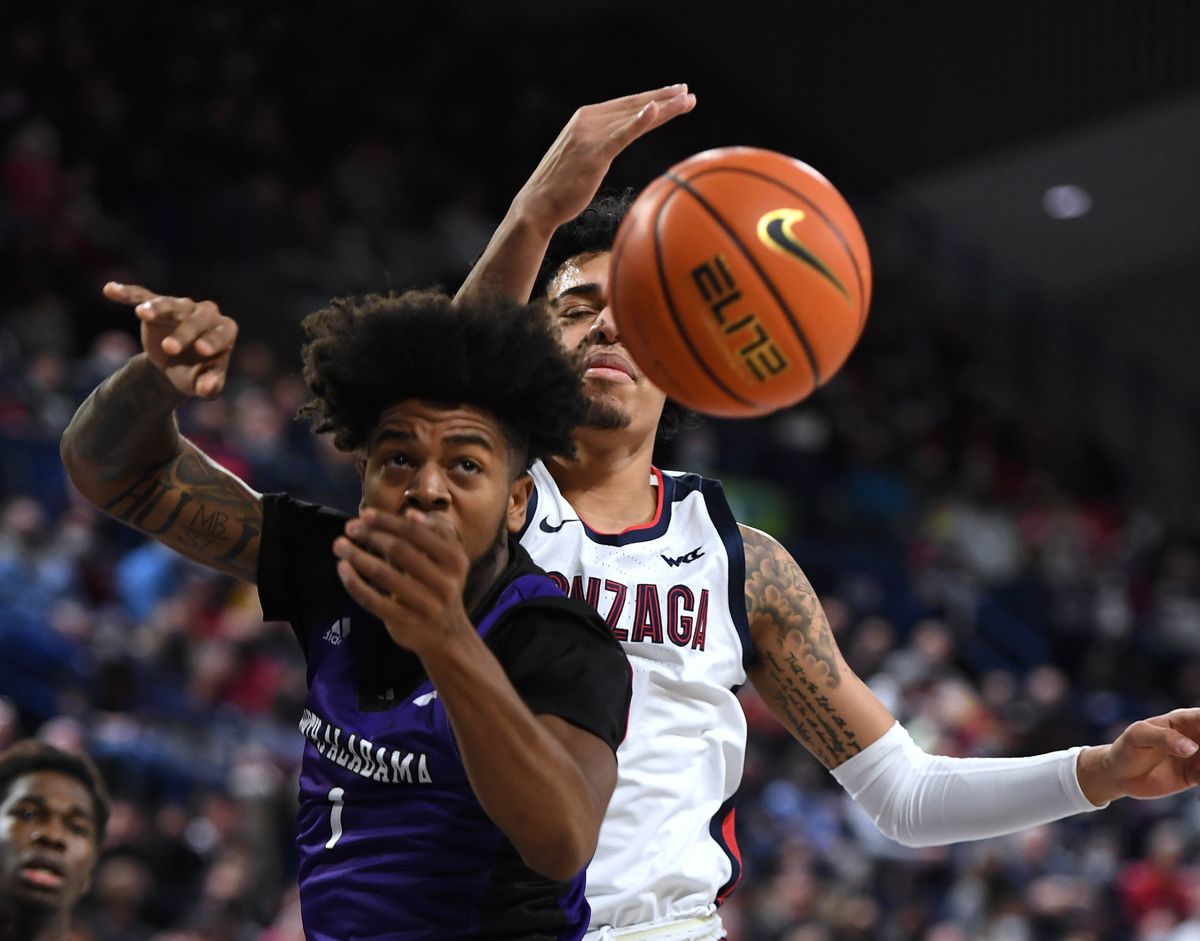 Gonzaga: As we mentioned above, the Zags are back at it tonight in the Kennel. Theo Lawson has the game preview and the key matchup. … Jim Allen takes a deeper look at the women’s quick scheduling of a second matchup with Stanford. The earlier game was played in Spokane. The Cardinal handled Oregon easily last night. … Around the West Coast Conference, the big game tonight is in Provo, with BYU hosting Saint Mary’s. Along with USF, those are the biggest threats to Gonzaga. 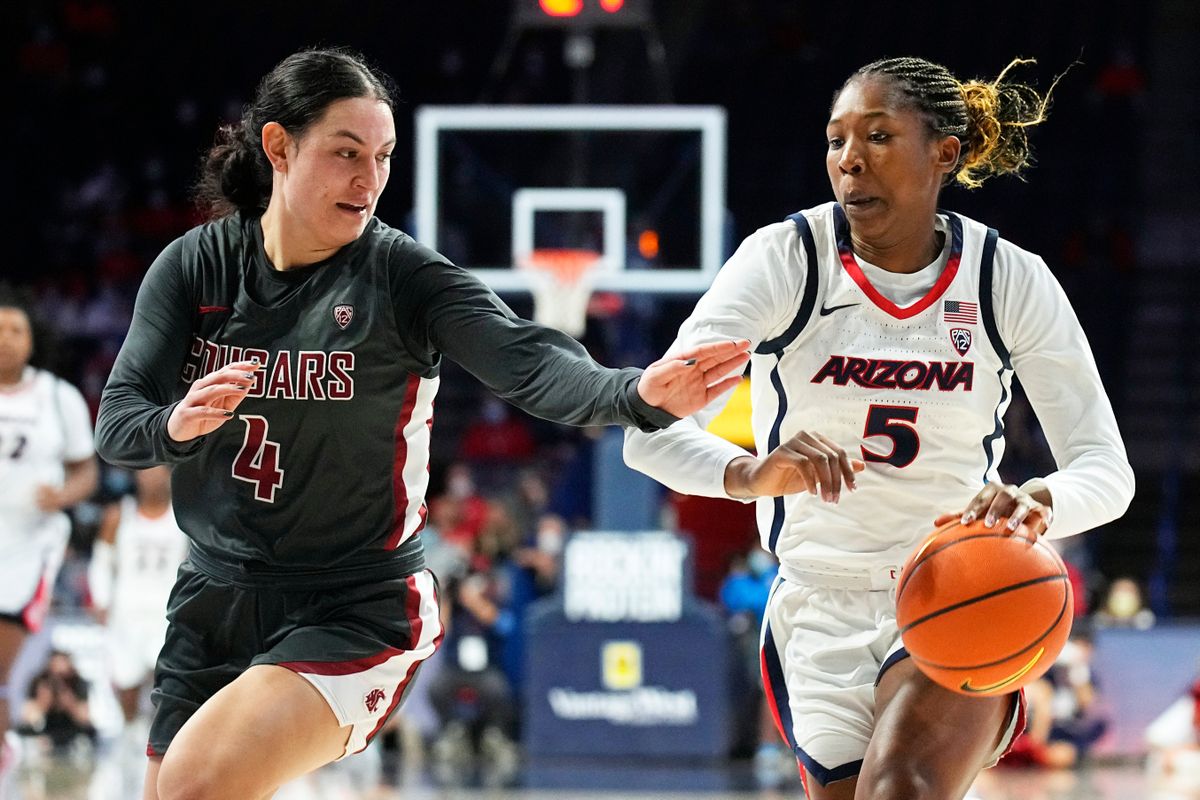 WSU: We had our thoughts on a de Laura putting his name in the transfer portal. Colton Clark has a lot more in this story, which we also linked above. … De Laura’s possible transfer isn’t the only change among Pac-12 quarterbacks. … The Cougar women traveled to Tucson to play No. 4 Arizona last night. The Wildcats, who were coming off a long virus-related pause and honoring graduated star Aari McDonald, pulled away late to win. … Elsewhere in the Pac-12 and college basketball, Colorado is getting healthier. … Utah’s season is on the wrong trajectory. … USC has a new date for its game with Stanford. … Arizona isn’t playing anyone for a while. … In football news, the national title game is Monday night in cold, snowy Indianapolis. … Washington is putting more money into assistant coaches’ salaries. … The west grandstand at Reser Stadium was imploded Friday morning as Oregon State rebuilds its stadium. … The transfer portal is becoming part of everyone’s recruiting strategy. … Some UCLA assistants might be moving on. … A new Arizona player moved on from USC. 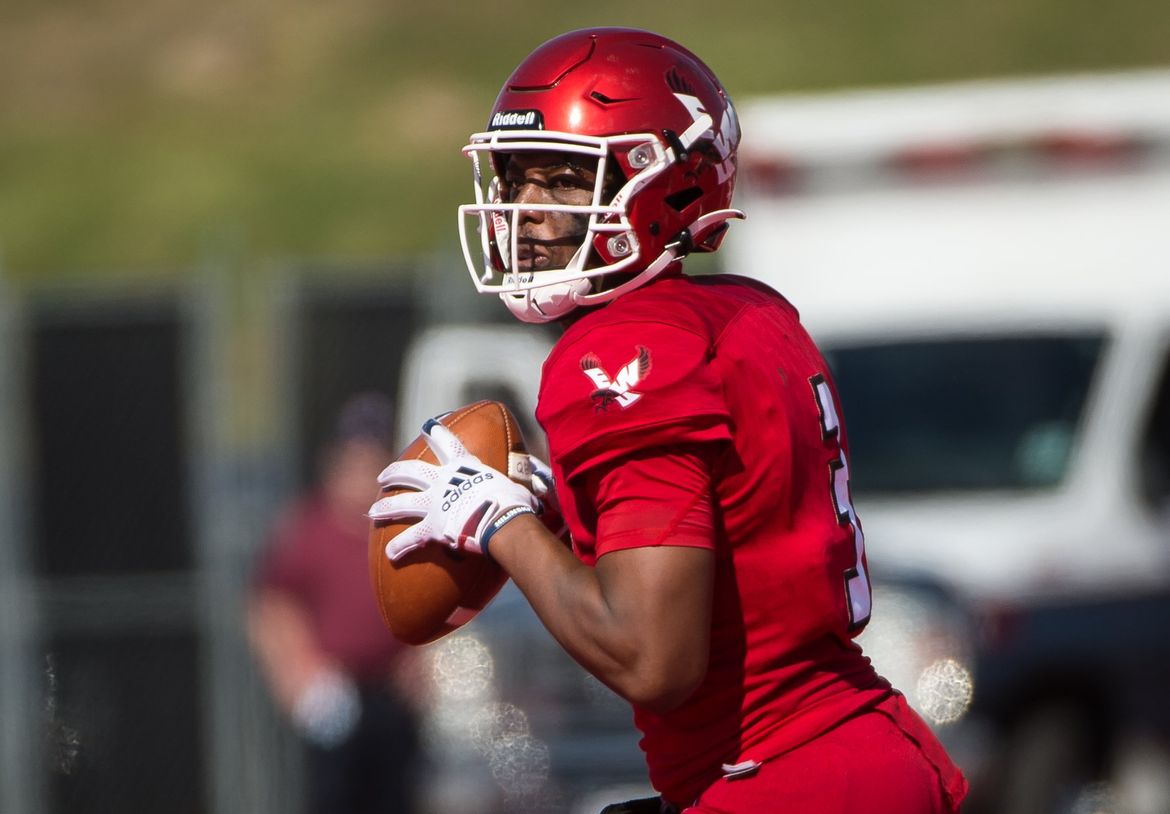 EWU: Eric Barriere came back to Eastern this season with a lot of goals. One of them was to not finish second in the Walter Payton Award voting again. That mission was accomplished Friday night, as he won the FCS version of the Heisman. Dan Thompson has more in this story. … Around the Big Sky, Montana State will face North Dakota State this morning with the FCS title on the line. NDSU has won eight of the last 10 championships. … Montana has picked up the commitment of a San Diego State transfer quarterback. … In basketball news, Northern Colorado announced new dates for some postponed games. 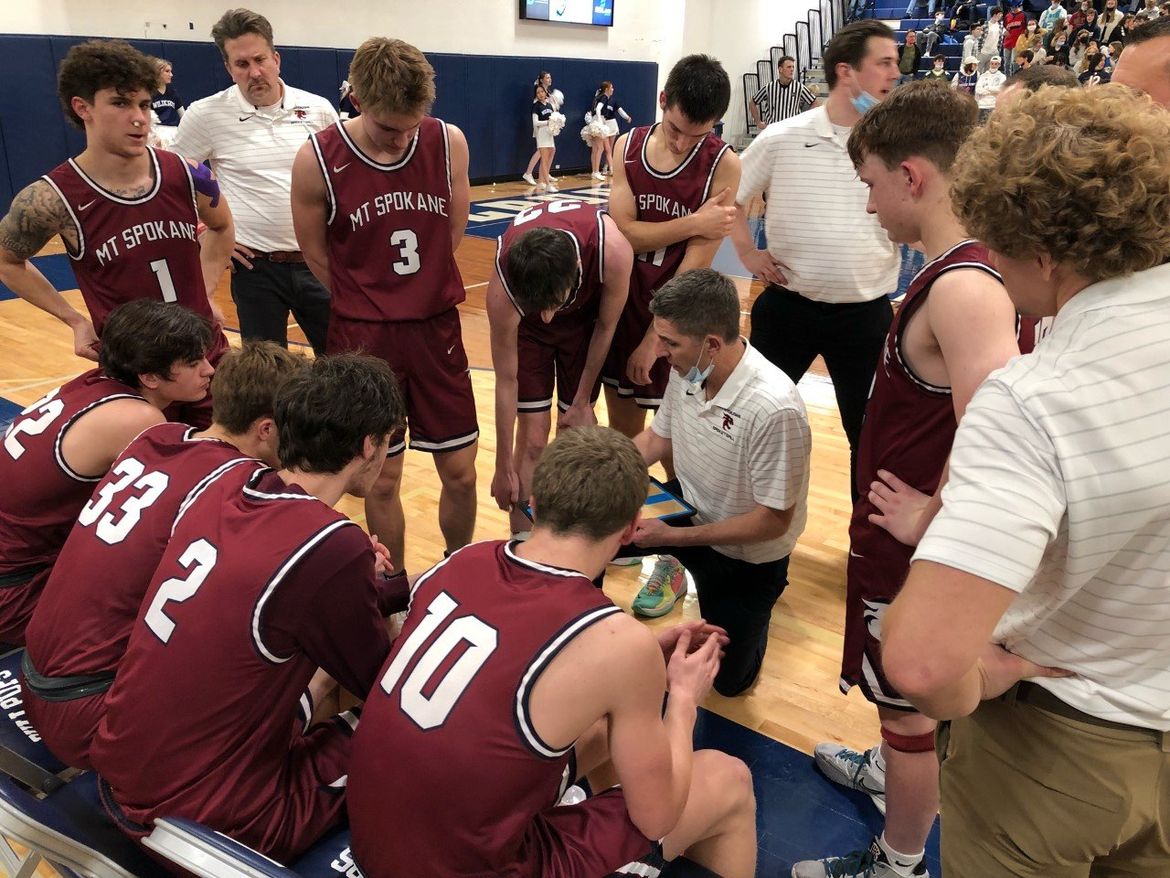 Preps: It was a pretty busy basketball night in the Inland Northwest. Dave Nichols has this roundup. He also covered Mt. Spokane’s win over Gonzaga Prep.

Chiefs: Early yesterday Spokane announced its game with Everett was postponed because all the passes across the Cascades were closed. Later in the day, the WHL announced multiple teams, including the Chiefs, were halting operations due to COVID-19 issues. Dan Thompson covers the latter development in this story.

Seahawks: The Hawks will be Arizona on Sunday, the place Pete Carroll and Russell Wilson played their first game together. … The offensive line has been playing better. … Bobby Wagner will not be playing. … There are other things to watch as well. … The Hawks who dealt with COVID-19 have some horror stories.

Storm: Sue Bird announced yesterday she will be returning to Seattle for one more season.

• Still no PCR test results. Finally figured out why, though Kaiser Permanente was no help either through emails or online chats. My test isn’t all that important. Can’t be. Not if it keeps being pushed back, which is the only explanation for the company telling us test results will be available in 72 hours, then 96 hours and now seven days. We are to day eight. It’s obvious other tests are taking precedent for whatever reason. It’s simple math. When my test was done, the company knew their testing capacity, knew the number of tests they had on hand and did the math. At that point they could be done in 72 hours. Tests that arrived after that shouldn’t change that math, unless they are moved to the front of the line. It’s that simple. The only other explanation is the testing capacity changed, which seems like something the company would have shared publicly. So the average person, no matter their circumstance, waits. Until later …