A GRIP ON SPORTS • It’s the middle of the week already? Where has the time gone? It’s melted away like the ice on your neighbor’s sidewalk.

• A warm breeze is blowing through the Inland Northwest this morning, helping to clean the streets and freshening the air inside and out – if you have the gumption to break open a window or two. Let’s do that with the world of sports.

• The NFL playoffs begin Saturday and we are rooting for … well, no one. Maybe the New England Patriots to satisfy a latent masochistic tendency. Or the Arizona Cardinals, so we can point to last Sunday’s Seahawk win and tell everyone, “see, the Hawks are not that far away.” Again, feeding a latent masochistic tendency. After all, if that argument prevails, the next NFL season has a chance to be akin to the one just finished. At least how it finished in the Pacific Northwest.

Nothing is going to happen folks, no matter what anyone outside of the Seahawk offices thinks about it. So brace yourself now.

And decide which team you want to win Super Bowl XLIPQT or whatever it is.

• Actually, my dream scenario is the Packers getting to Los Angeles, Aaron Rodgers being detained at the airport, a la Novak Djokovic, and Jordan Love leading Green Bay to a 45-14 win over Pittsburgh. And then Rodgers signs with Denver, causing my friend Kent’s head to explode.

But that has about as much chance of happening as, say, Tom Brady winning another Pete Rozelle Trophy. Oh, wait.

• Baylor lost at home to No. 19 Texas Tech 65-62 Tuesday night. The No. 1-ranked Bears never did solve the puzzle of the Red Raider defense and seem certain to fall from the polls’ top spot. 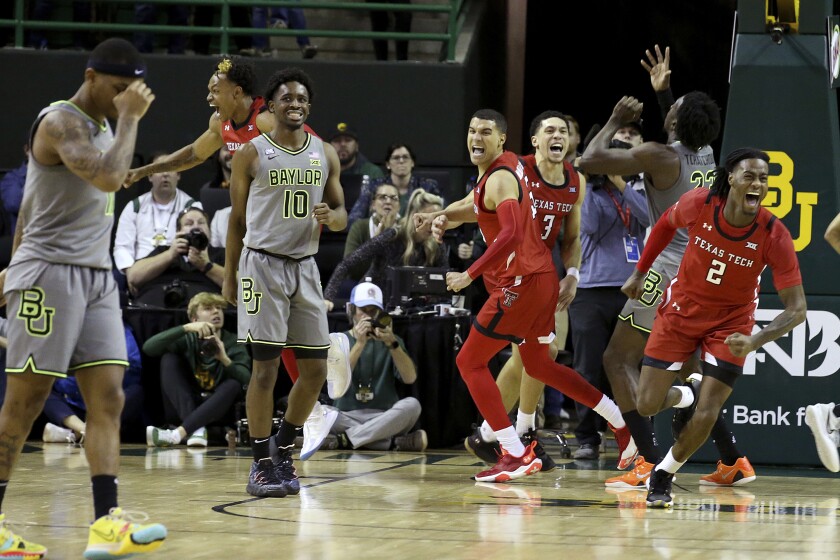 Though we’re not sure.

There is many a slip twixt Wednesday night and Sunday, as the British might say if they cared about college basketball.

Second-ranked Gonzaga, which defeated Texas Tech in Phoenix last month 69-55, not only has to get by its nemesis, BYU, at home, it has to survive Santa Clara on the road. And it has to hope UCLA struggles against either Oregon State – hah – or Oregon at Pauley this weekend.

For the Zags to move up, the game against BYU can’t finish tight, no matter how well they play. If you’re wondering why, it’s simple. The game starts at 11 p.m. Thursday night. Many poll voters won’t even see it. Their first impression will be either the final score or the statistics.

It may not matter anyway. Fourth-ranked Auburn raised its record to 15-1 Tuesday night with an impressive 81-77 win at Alabama. Ya, Alabama, the same team that defeated Gonzaga 91-82 in Seattle just one COVID-19 surge ago.

• Change is never linear. That’s a given in college sports – how often does your favorite badminton team go from a winless season to an undefeated one in a year? – and in anything associated with colleges and universities, even off the fields of play.

That’s why we embraced the idea of allowing athletes to earn money off their name, image and likeness. It opened the door, however slightly, to recompense and (maybe even more importantly) to society understanding and accepting the need for it.

It’s an interim step that may last a year or two – or a decade. But it will not be the only answer for forever.

Our friend Jacob Thorpe wrote a commentary piece today for the S-R, espousing the time is now to move to the next logical step: paying the players. At least college football players.

It will happen. At some point. Mainly because college athletes in a few sports are, by most definitions you find on Google, truly employees of the university. Unpaid, sure, but employees.

Yet there are so many questions to answer, so many hills that have to be climbed or bulldozed over, we don’t see your-paycheck-is-in-the-mail excuses happening tomorrow. Or next year.

Then again, if NIL proves impossible to police or begins to starve athletic departments of their lifeblood, booster funds, then the timetable could move up. Barring that, the only seismic change that seems likely in the near-term is the expansion of the playoffs. And, as we discovered this week, that is a couple of years away. 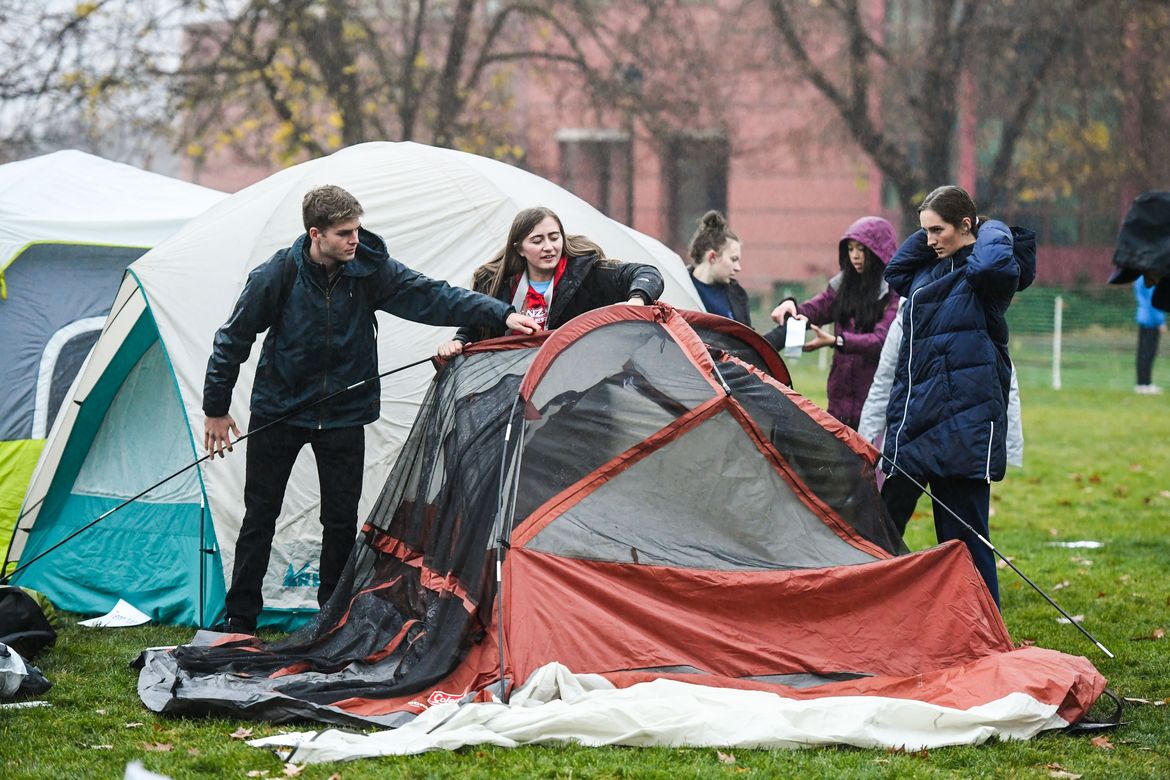 Gonzaga: If you were wondering about Tuesday night’s multiple upsets, Jim Meehan has you covered here. … Jim also spoke with Jeff Call, who has covered BYU basketball for years. … The omicron-fueled surge forced Gonzaga to cancel the student’s plans for a tent city in the run-up to Thursday’s game. Theo Lawson has the details in this story. … Around the WCC, everyone connected to BYU knows how important this game is. The Cougars are preparing for a Gonzaga team that plays the game quickly and with purpose. … Mark Pope is a show just by himself.

WSU: A football coach holding a press conference in the middle of January isn’t all that usual around Pullman but Jake Dickert did it yesterday. And answered a bunch of questions, from the quarterback changeup thrown this month to the makeup of the coaching staff. Colton Clark wrote both of those stories. … Elsewhere in the Pac-12 and college basketball, Jon Wilner has his power rankings. WSU remains in the top half. There are other power rankings as well. … USC fell from the ranks of the unbeaten, suffering a 75-69 loss at Stanford. It’s a tough loss for Andy Enfeld and his team. … Washington’s Cole Bajema is starting to realize his potential. … Colorado is focused on No. 6 Arizona. … In football news, Wilner has a prediction for the top storylines in 2022. … We missed this earlier, but he also compared the All-Pac-12 team’s linemen to those at Alabama and Georgia. … You may not believe this, but Oregon has had fewer sacks per game than anyone since the stat became official in 2000. … The expectations concerning Utah will be sky high in the fall. … What the heck is going to happen to Chip Kelly? The UCLA coach has lost a couple of key assistants lately. … Jayden de Laura could have a big impact on Arizona.

EWU and Idaho: Around the Big Sky, a Montana State player was named the FCS’ best defensive player. … Idaho State has filled out its assistant coaching staff on the offensive side of the ball. … In basketball news, Northern Colorado is looking for more consistency from a player. 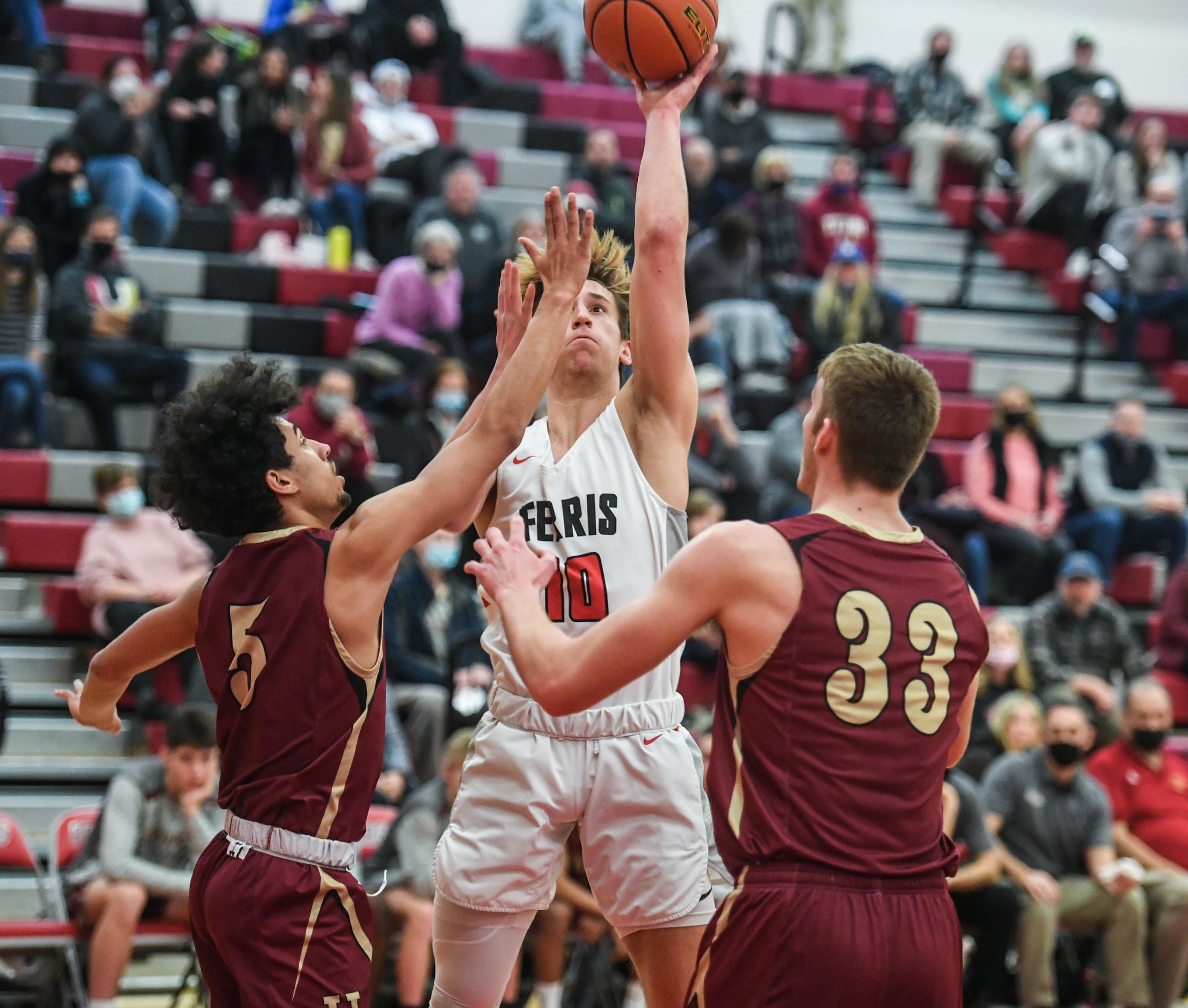 Preps: Dave Nichols was on the South Hill last night, covering the basketball battles between Ferris and University. He has this story that covers both games while Dan Pelle has a photo gallery from the boys’ contest. … Dave also has a roundup of the rest of Tuesday’s action. … Dave also reported on Twitter last night the spirit games at the Arena have been postponed from next week to February.

Seahawks: The Hawks need to deal with a bunch of their free agents before moving into the outside market later in the year. … Geno Smith was really moving when he was pulled over and cited for a possible DUI.

• The biggest news to be revealed yesterday? Tom Watson is going to become the Masters’ third honorary starter, teaming with Gary Player and Jack Nicklaus. This group will stay together for a while, health-willing. Until later …