A GRIP ON SPORTS • If there is one word that describes this college basketball season, it is uncertainty. And it has been applied in a myriad of ways.

• The main application of the word, of course, has concerned the pandemic. A seemingly never-ending loss of games. A hiatus here, a pause there. Too often we tune in to watch only to discover the contest was postponed an hour earlier.

But that’s not the only form of hesitation. When someone asks who is going to win the national title this season, what is your answer? And do you blurt out a school’s name quickly or is there a long pause first?

Heck, if someone were to ask you the same question about the West Coast Conference, how quickly would you answer? There has to be some hesitancy, right? After all, everything from the numbers to the eye test to Mark Few’s pronunciations tell us the top of the league is better than its been. And the challenge to Gonzaga’s supremacy has never been greater this century.

Hard to swallow? Maybe. After all, the Zags are 12-2 after having played some of the better – at least at the top end – competition in the nation. And they are ranked second nationally, with another ascension to No. 1 possible in a few days.

But the BYU team that comes into the Kennel tonight is a different form of test. Nonconference opponents, even the Dukes and Texas Techs and Alabamas of the world, don’t know you as well as your familiar foes, your conference brethren. Geoffrey Chaucer was right you know. Familiarity does breed contempt, even if outwardly there are professions of respect.

And this Brigham Young group’s disdain is accompanied by a different challenge than the versions that have challenged GU’s supremacy before.

These Cougars actually try to stop you from scoring. I know, odd, huh? Dave Rose’s teams prided themselves on playing fast and running away from the opposition. But when the opposition plays faster than anyone outside the NBA, that plan doesn’t always work. Occasionally, yes. The majority of the time, no.

This season Mark Pope, who replaced the retired Rose a couple years ago, has changed the formula. Mainly due to an injury-mandated necessity, but it’s different nonetheless. The 14-2 Cougars are one of the WCC’s better defensive teams.

They showed off their prowess this past Saturday, when the flummoxed Saint Mary’s, winning 53-42 in a game that seemed more akin to Pullman, circa 2007, than Provo in 2022.

Will it work tonight?

The numbers say no. As good as BYU’s defense has been – the Cougars yield 61.9 points per game – Ken Pomeroy’s adjusted defensive rating system has them 18th nationally. No. 17? That would be Gonzaga. And the Bulldogs have a huge edge offensively, second behind only Purdue’s efficient attack. The Cougars? They are not in the top 100.

So when you turn on your TV at 8 tonight, pop over to ESPN2 and settle in to listen to Jay Bilas take swipes at the NCAA, you can be certain of just one thing in this year of uncertainty: These two teams will leave everything they have on the McCarthey Athletic Center court.

If the game actually happens, of course. Of that, we have no guarantees. 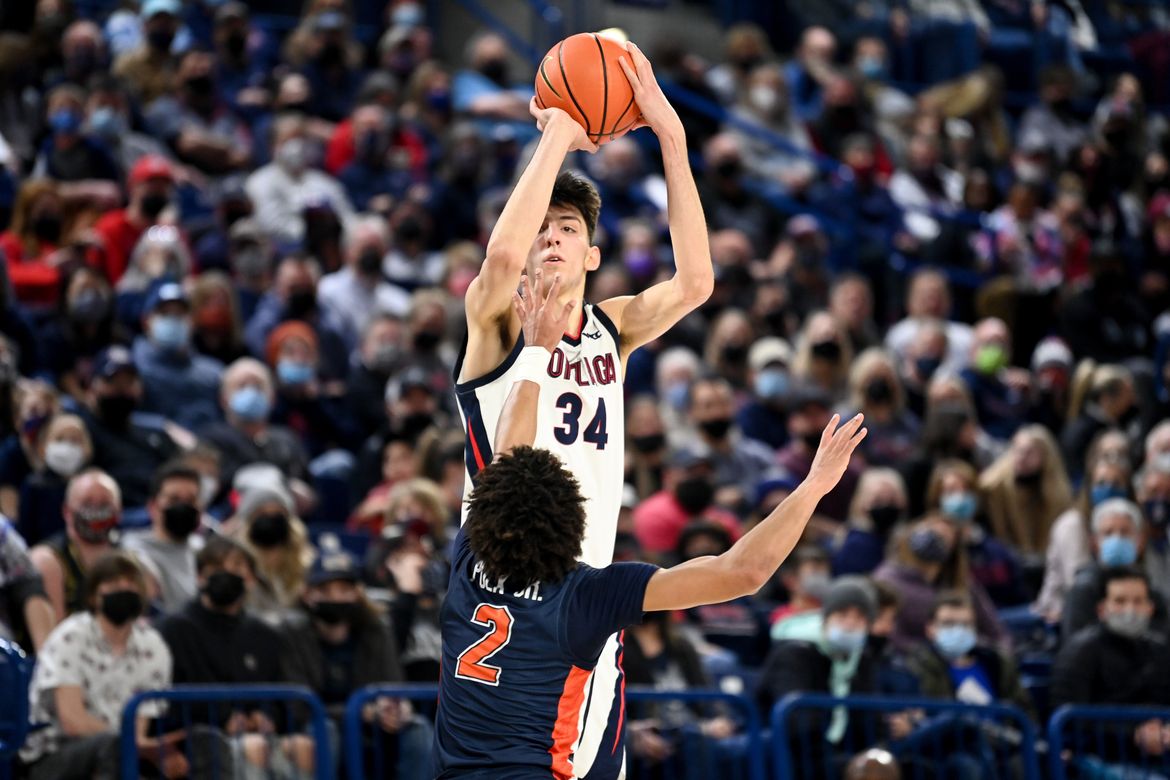 Gonzaga: A big game in the Kennel tonight can only mean one thing. Big coverage in the S-R. Jim Meehan gets us started with his preview and his key matchup, the latter centered round BYU guard Alex Barcello. … Theo Lawson chips in with the news Chet Holmgren has signed the largest NIL deal Topps, a major trading card company, has put together with a college athlete. … Jim had a story earlier Wednesday concerning an upcoming visit from a highly sought after 2023 guard. … The women are back playing West Coast Conference games, visiting Pacific tonight and hosting San Diego on Saturday. Jim Allen previews their weekend. … Around the WCC, Santa Clara is cutting down home attendance, only allowing 25 percent capacity. Theo Lawson has that story, noting the Zags are headed there Saturday. … Tonight’s game should let BYU know how good it is. 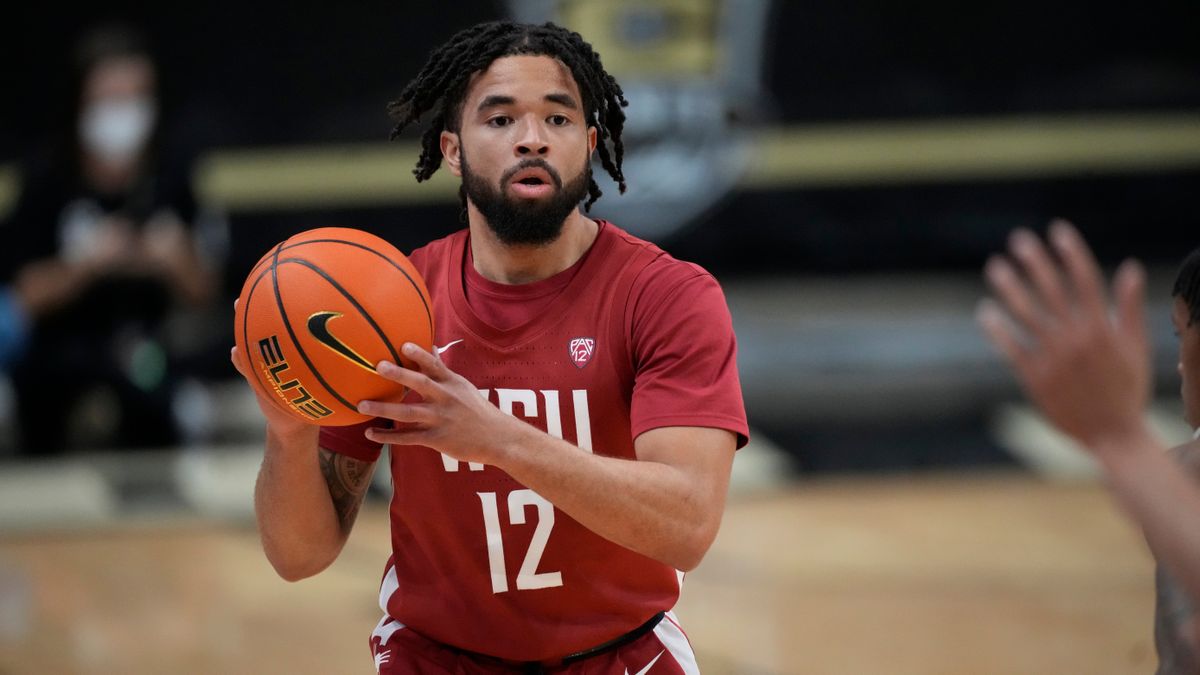 WSU: The Cougars’ roster this season featured a couple of transfer guards who needed to assimilate into the rotation. They have. And Washington State is starting to reap the benefits. Colton Clark has more in this story. … Elsewhere in the Pac-12 and college basketball, there was just one conference game last night and it was in Seattle. Washington rallied in the second half to get past California, 64-55. … Oregon heads to a quiet Los Angeles this weekend. … Oregon State has lost a guard for the rest of the season. … The biggest game tonight is in Tucson where Colorado will try to upset No. 6 Arizona. It is the beginning of a busy stretch for the Wildcats. … Utah has been hit by another injury. … Tyger Campbell has a long-range plan for UCLA’s success. … USC has to bounce back from a loss for the first time this season. … Arizona State has rescheduled a couple games. … Stanford is still the class of the conference women, with Arizona and undefeated Colorado posing the biggest challenges. … In football news, it doesn’t look as if the playoff structure won’t change until 2026. That’s too long to wait for the Pac-12. It has to start making structural changes now. … Washington has zeroed in on another assistant coach. … A running back decided to stay at Oregon. … Do not worry. Utah will be good again. … Quarterback Jack Plummer is transferring from Purdue to California. … Arizona State has picked up a transfer running back from Wyoming. … UCLA’s coaching staff is undergoing a transformation. … Jayden de Laura is a big get for Arizona.

Idaho: Paul Petrino has found a new job. But it’s not an on-field one. … Around the Big Sky, Weber State is worried about the Vandals’ ability to score. … Montana and Montana State have lost games against virus-riddled Southern Utah. … In football news, Montana State’s two quarterbacks are similar. 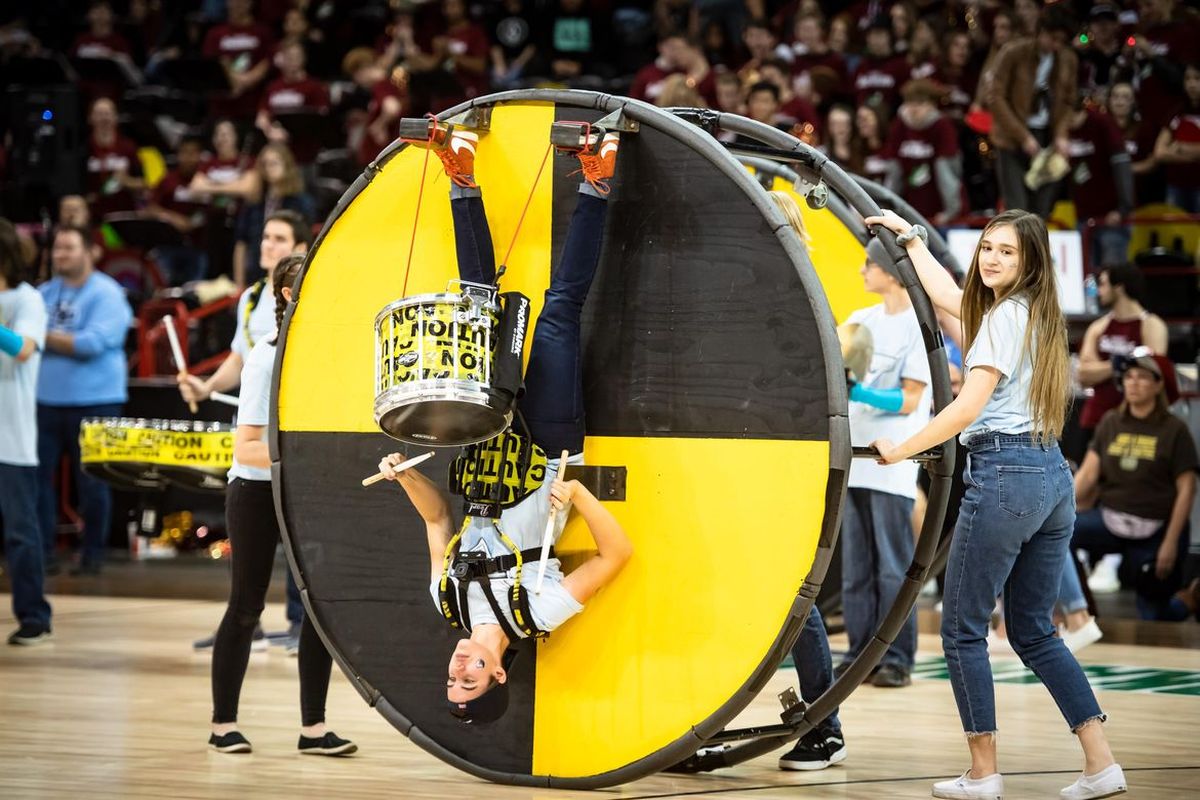 Preps: The omicron-fueled surge has forced more postponements. All of next week’s scheduled spirit basketball games have been pushed back to early February, when hopefully the surge will have run its course. Dave Nichols has more in this story. … Former Gonzaga Prep standout Liam Lloyd is reaping the reward of his dad Tommy’s new job. It’s a lot closer to Grand Canyon, where the younger Lloyd is playing his college hoop. Theo has the story. … If you are worried about parking woes with a new downtown stadium, you are not alone. So is the Public Facilities District. It is moving to buy space across Boone Ave. from the facility and turn it into more parking. Colin Tiernan delves into the particulars. … Dave has a short roundup of Wednesday’s prep action, as many of the wrestling matches had to be postponed. 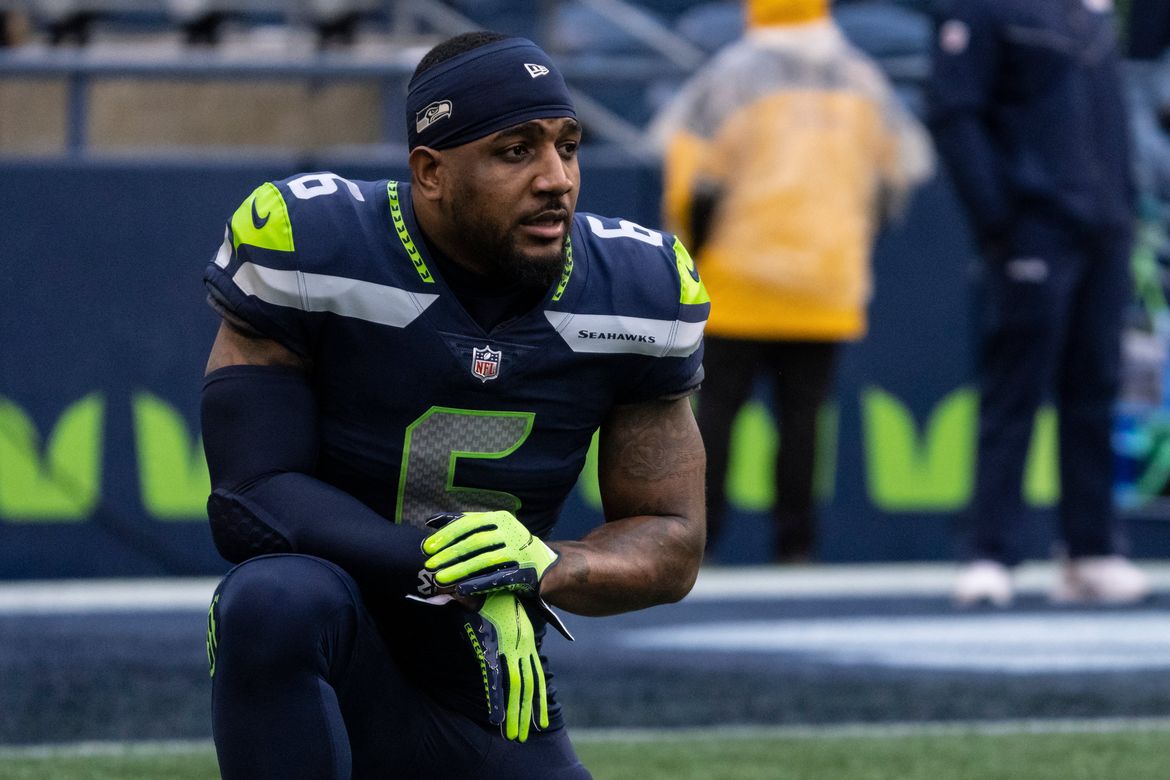 Seahawks: Want bad news? No. OK. Well, for that to be the case this offseason the Hawks have to resolve their Russell Wilson situation quickly. … The good news is Quandre Diggs’ operation was, as he termed it, a success. … More good news? Finishing last in 2021 means last-place opponents in 2022. … Now that it looks as if the Hawks are going with the status quo, what does that mean? … Geno Smith’s major mistake this week casts a shadow on his career.

Kraken: Seattle hardly showed up in a 5-2 loss at Dallas.

Mariners: Who has a chance to really break out for the M’s in 2022? … Will anyone, considering the labor issues?

• If I were a betting man, I would wager a lot neither Dave Flemming nor Bilas, the two folks describing tonight’s GU game on ESPN2, will be in town. Not with the surge, the tough travel times we are in and the financial savings of broadcasting remotely. And I would bet neither is all that upset about not being in Spokane in mid-January. Heck, if I could be someplace warm right now, I would be. At least the freezing fog has lifted. Until later …