A GRIP ON SPORTS • It’s our usual habit on Fridays to look forward to the weekend. But a lot happened Thursday night within the local college basketball scene to make it impossible to focus solely ahead. As your high school basketball coach liked to emphasize, we’re keeping our head on a swivel today. Which isn’t easy with a couple masks on.

• The Gonzaga men put on a show. Not your usual amateur production, either. As Jay Bilas described it on ESPN2, the Zags’ offense was something akin to what you see in the European professional ranks. He mentioned this analogy as they raced past BYU 110-84 before somewhere near 6,000 masked folks in the McCarthey Athletic Center. 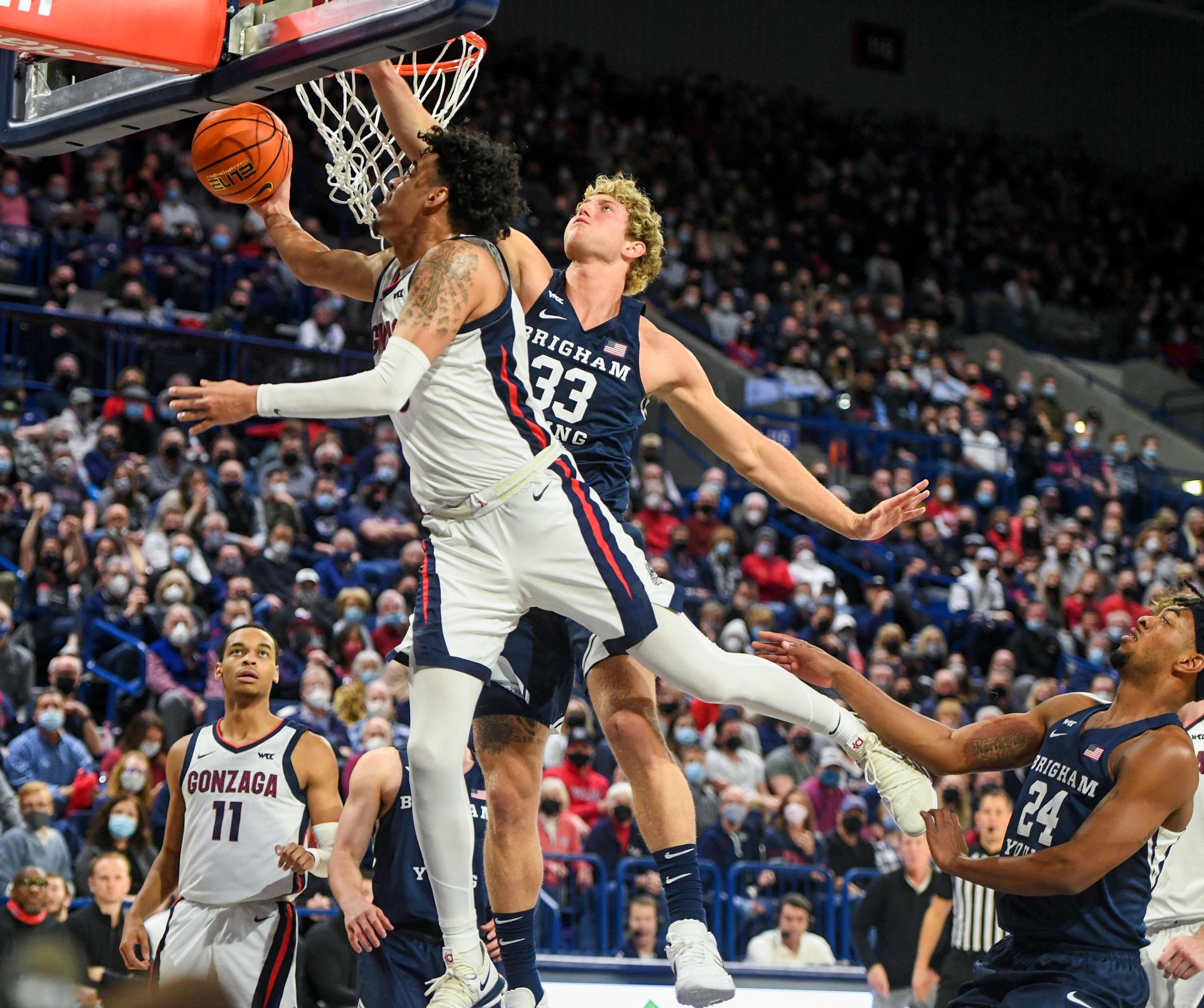 Now 20 years ago, comparing the nation’s second-ranked college team to a European pro club might have been taken as an insult. But we’ve learned a lot since then. Smart basketball minds understand the principles developed across the pond are sound. They have seeped into the NBA through the Spurs, Warriors and other teams. Gonzaga is just ahead of the college curve, that’s all.

The Bulldogs don’t bludgeon you. They move quickly, with purpose. Everyone has to be able to pass, dribble and shoot. Oh, and screen. Read the defense. React. Share to ball relentlessly. Run. Never stop.

There is one statistic that encapsulates the way Gonzaga plays: assists. It had 28 of them. On 43 baskets.

All of that is what Bilas was referring to Thursday night, the admiration obvious in his voice. How obvious? He used words like beautiful, exquisite, superb. Fun. Watching from three time zones away – sending talent across the country to broadcast a college game, even one featuring teams of Gonzaga’s caliber, is so 2019 – he and play-by-play voice Dave Flemming enjoyed the game as much, it seemed, as your typical Zag fan. 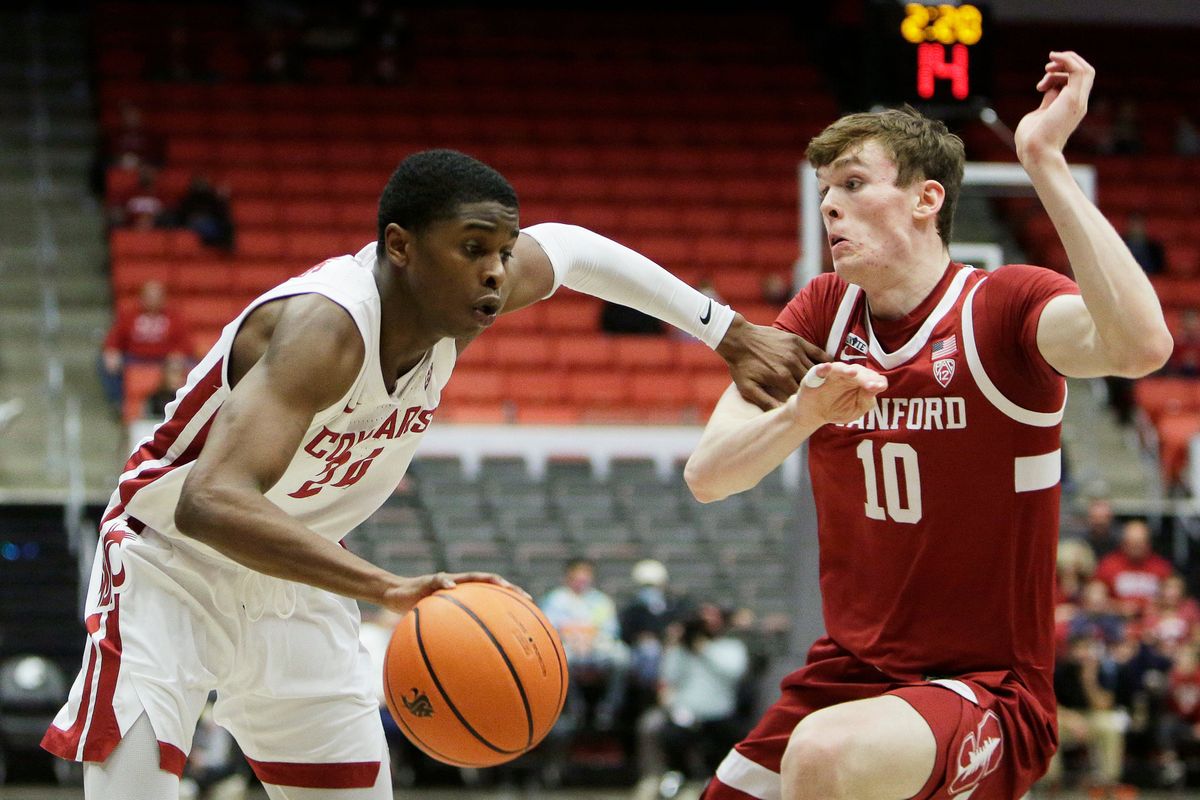 • We wrote in this space Thursday about the uncertainty plaguing college basketball these days. And though we didn’t have Stanford’s visit to Pullman in mind – we used the Gonzaga game to illustrate the point – Thursday’s afternoon contest turned out to be the poster child.

Both teams were on the court ready to go. And then they weren’t. The Stanford medical staff, according to reports, was not satisfied with the Washington State testing or contact tracing protocols. So more tests were ordered.

After a couple of rounds were finally done, the game began some 75 minutes late.

You would think there is a playbook the conference asks each school to follow concerning the coronavirus. A checklist if you will. And if the Cougar medical staff had followed it, that would be enough. But there must be some ambiguity somewhere. Why else would one team be able to demand more? Either the protocols are met or they are not. If they are, then the WSU folks should have said no. Let’s go. If you don’t want to take the court, fine. Enjoy your flight back to SFO. Or San Jose. Wonder if you’ll be able to check the test status of everyone at the airport?

• A three-day weekend looms. (Four if you are a student in the Spokane schools.) What’s worth watching?

We have one answer. NFL wild-card weekend. Two games Saturday. Three Sunday. And one Monday night.

Throw in more college hoops games than you could ever hope to see and that leaves little time for chipping away at the ice blocking your driveway, doesn’t it? Or hitting the slopes. Or reading those Expanse books you finally ordered. 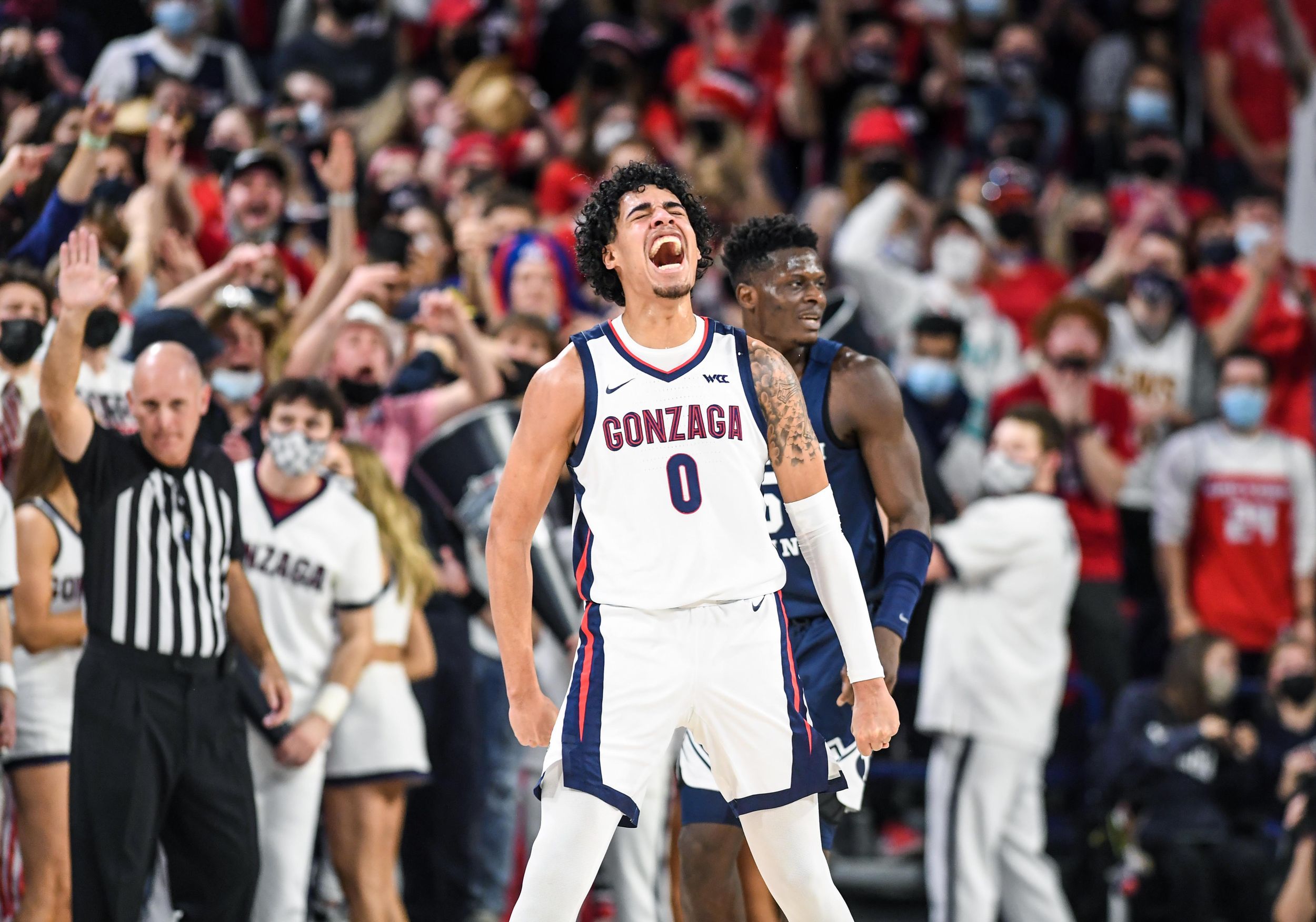 Gonzaga: Nothing like having an 8 p.m. game between the nation’s No. 2-ranked team and a bitter conference rival pushed back 10 minutes due to a game featuring two teams who may or may not play in the postseason. But once ESPN2 got to the Gonzaga game, the game flowed quickly. On the court. Jim Meehan was in charge of describing that for you and he did with this game story. … Theo Lawson took care of the difference makers and how the defense locked in a bit after halftime. … Dan Pelle covered the game in photographs with this photo gallery. … The folks in the office had their recap with highlights. … We took care of the TV Take. … The women destroyed Pacific in the first half yesterday, leading 51-14 at halftime in Stockton. Jim Allen has the story. … Around the WCC, it does seem as if, with conference play getting going, there could be four teams in the NCAA bracket. … As always, there is plenty of coverage of BYU’s loss to Gonzaga. Either the Cougars were routed or they showed fight. Your choice. … San Diego rallied from a 17-point deficit to defeat visiting Portland in overtime. … USF and Saint Mary’s both won. 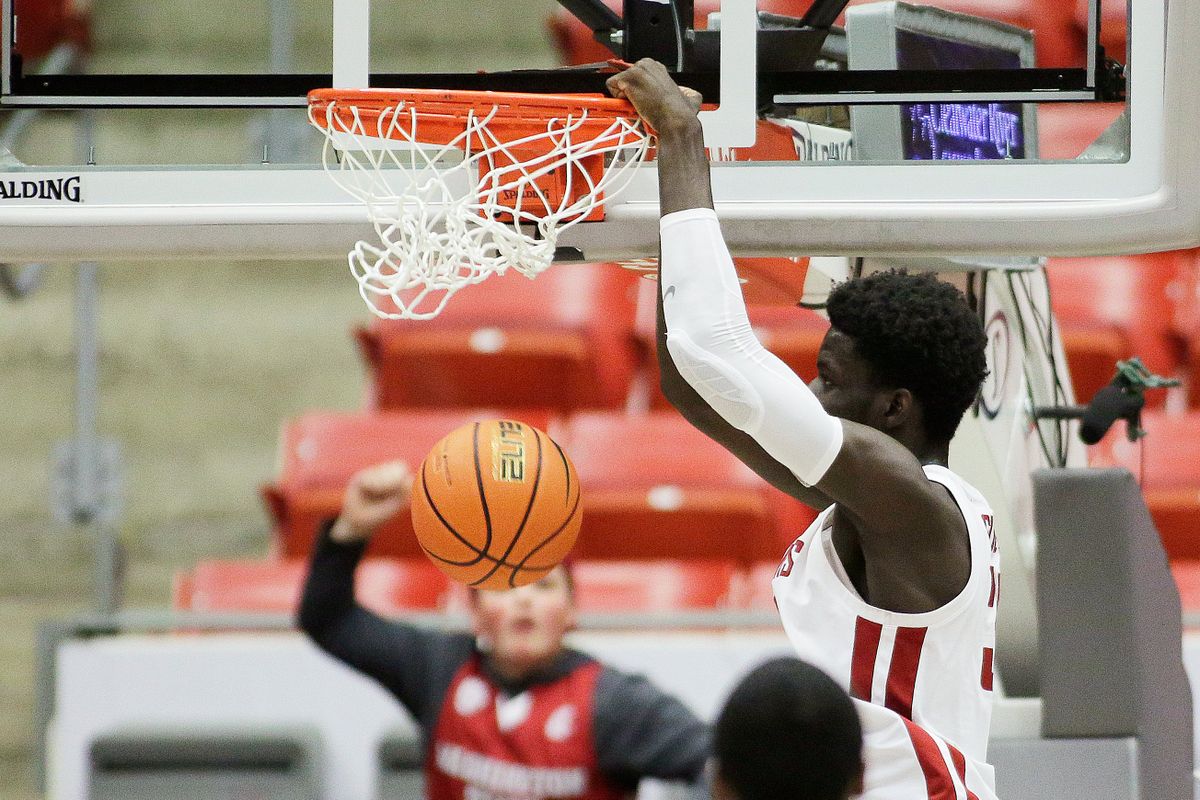 WSU: The weird delay, and the subsequent uncertainty, didn’t seem to impact the Cougars in the first half as they took a lead in the locker room. However, the Stanford defense had a huge impact in the final 20 minutes as Washington State gave up a 23-0 run to the Cardinal en route to a 62-57 defeat. Colton Clark covers both happenstances in this story. … Colton also shares the news veteran edge rusher Willie Taylor III has put his name in the transfer portal. … Elsewhere in the Pac-12 and college basketball, we shared Jon Wilner’s thoughts on conference-wide storylines for 2022, but we have it again as it appeared in the S-R. … The conference seems locked in with three berths but last night’s results might have opened the door a bit wider for a fourth. … Oregon was one of the teams that opened the door for itself a bit, upsetting UCLA in overtime at Pauley. Of course the Ducks didn’t make it easy, blowing a late lead in regulation before pulling away. The third-ranked Bruins were not happy with their defense. … Sixth-ranked Arizona had little trouble with visiting Colorado, turning it on in the second half to win 76-55 despite a former Wildcat scoring 17. … No. 5 USC struggled with Oregon State but found a way to pull out a win at the Galen Center. … Arizona State will be honoring former player Ike Diogu. … Utah faces a tough road. … In football news, Wilner also has a stock report covering playoff expansion, Chip Kelly’s future and other items. … Washington’s new receivers coach has a WSU connection. … Receiver Bru McCoy is leaving USC. … So is another key Colorado player. … New Oregon coach Dan Lanning spoke with the media yesterday. His staff is ready. He’s ready.

Idaho: The Vandals traveled to Ogden, Utah and fell to Weber State 84-74. … Around the Big Sky, Montana State is the last team in the conference to say goodbye to its seniors.

Preps: Dave Nichols has a short roundup of Thursday’s action. 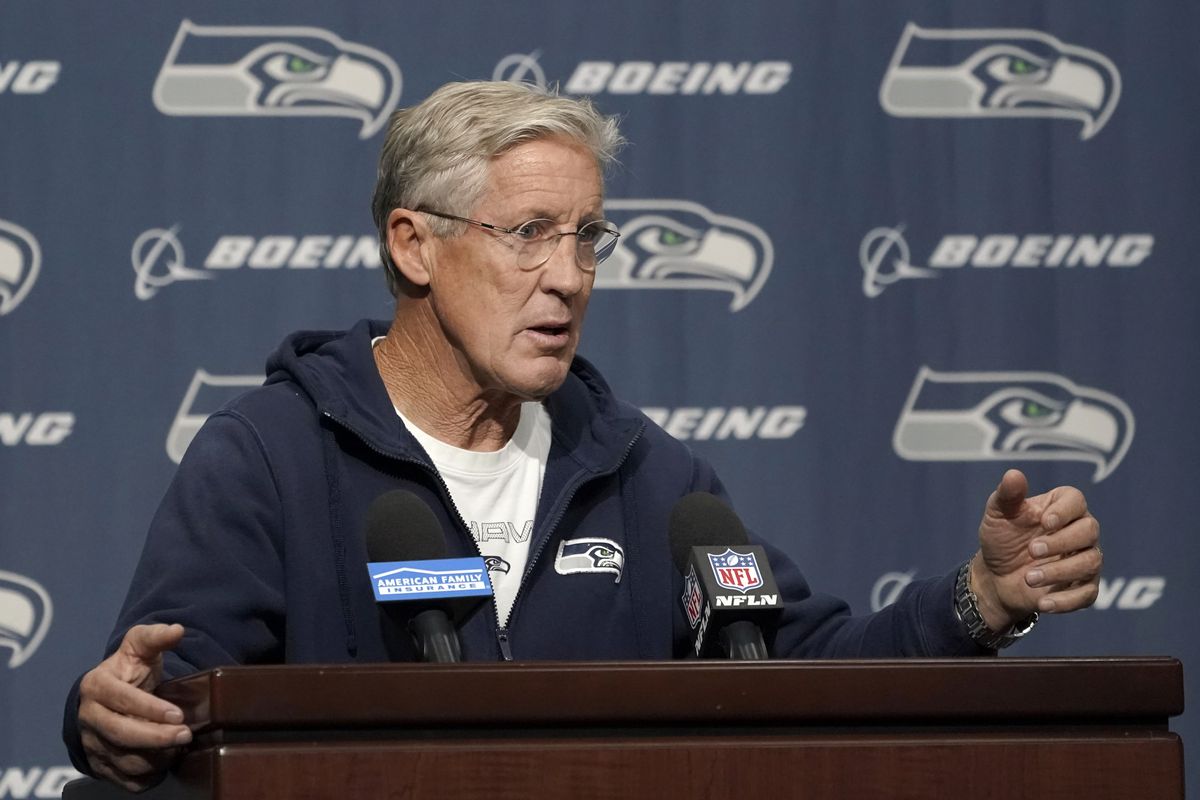 Seahawks: One thing you can say for Pete Carroll. We’re positive he’s built a strong culture in Seattle. … There are always grades. Even at the end of the season. … Is there such a thing as injury prone? And does it apply to Rashaad Penny? … Do the numbers explain what happened to Seattle this season? … The Packers are the NFC favorite – who wants to play in Green Bay in January? – and the Titans will have their third shot to reach the Super Bowl as the AFC’s top seed.

Mariners: Right now, Abraham Toro is the frontrunner to fill Kyle Seager’s shoes at third base.

Kraken: The first Seattle all-star? It is forward Jordan Eberle.

Sounders: Former Real Salt Lake midfielder Albert Rusnak is coming to Seattle. This is a big offseason pickup for Seattle.

• What are your plans for 2022’s first three-day weekend? We’ll be working, of course, preparing your morning briefing each day. But boy would we like to be in Hawaii. Or Melbourne. Or even Malibu. We are craving some sun. Not the kind that fools the dogs these days, as they scratch to go and then seemed so surprised when they get there and its freezing. Nope. The kind that makes your skin tingle as you walk around in shorts, a T-shirt and flip flops, scaring every person within a two-block radius with the lack of tan on your legs. Yes, sir. It’s mid-January and I have a bad case of cabin fever. Until later …