A GRIP ON SPORTS • A couple of unusual things happened in the world of sports yesterday. Then again, Gonzaga scored more than 100 points in racing past Santa Clara. That’s normal. • Forty years ago we were just starting out in this business. A young pup with dreams of being the next Jim Murray. Really. Like everyone in those days, we began covering high school sports. Fun, challenging and educational. But we were also given a plum assignment. UC Irvine basketball. My alma mater. Which promptly won like three games, once scored three points in a half and was so boring to watch we nicknamed the Anteaters home court “The Library.”

So much for a plum assignment.

The first game in The Library, Mulligan’s team scored 125 points. Without a 3-point line. Or a 30-second clock. Averaged more than 80 points a game. The Anteaters ran. And ran. And ran some more. Paul Westhead watched, took notes and turned it into the Loyola Marymount offense a few years later.

Turned out, it was too fun. College coaches rebelled. Got physical. Slowed the game down. And such games receded into memory.

Until now. The past few years Mark Few has revived that type of game. Added analytics. Better shot selection. Better athletes. The Bulldogs may not be the Anteaters, circa 1981, or Westhead’s Lions, but there are the modern-day equivalent. And as fun to watch. 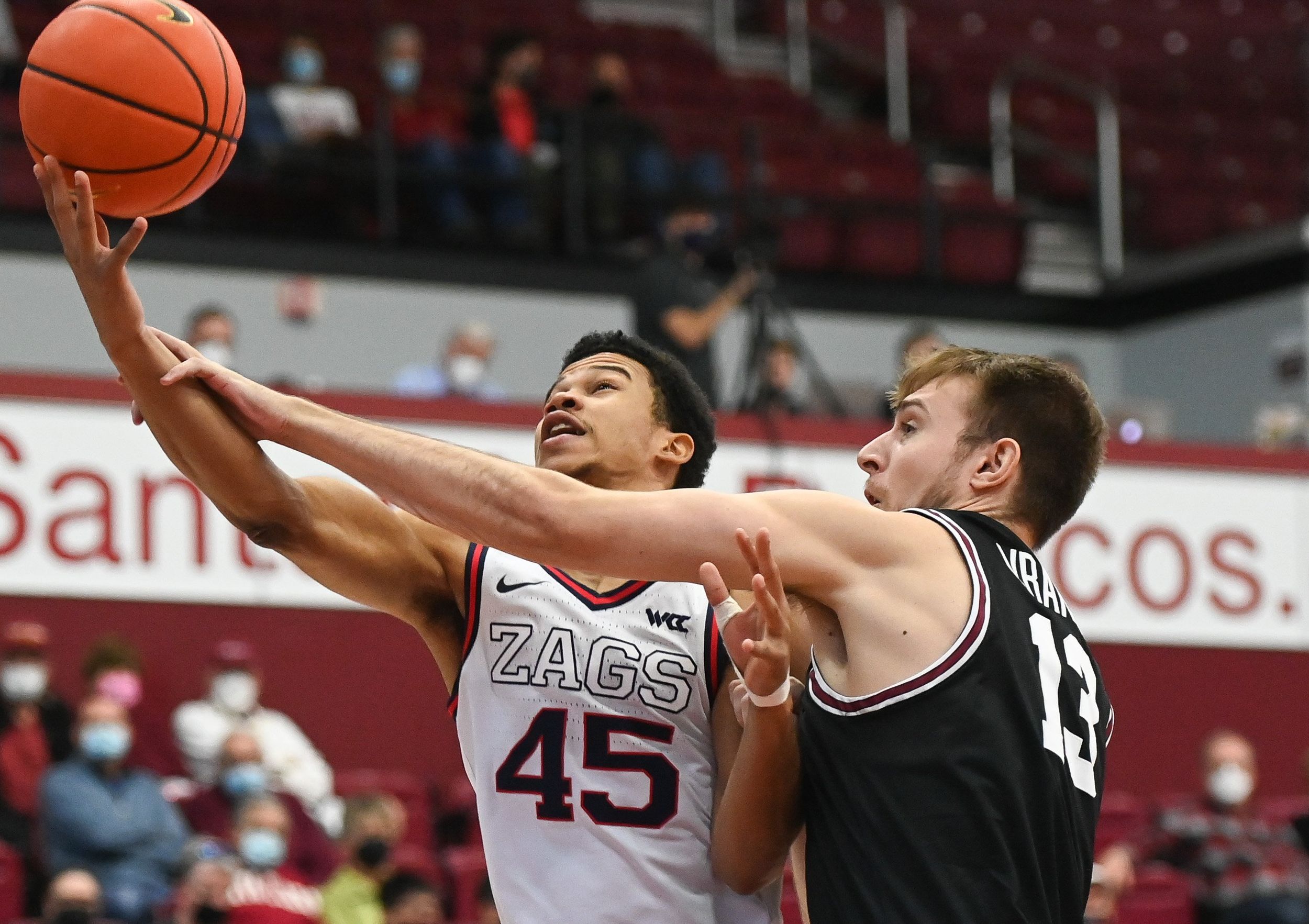 They scored 60 points in the first half again Saturday at Santa Clara. As the Zags have done the last three games. They finished with better than 100 points. They are on a three-game streak in that regard as well. Nothing, outside of COVID-19, has stopped them. They have moved back atop Ken Pomeroy’s ratings, lead the nation in adjusted offense and are in the top-20 in defense. They play faster than anyone. And more efficiently.

• Now let’s get to the unusual happenstances. Cincinnati won an NFL playoff game, with a little help from the officials (what a shock). Buffalo demolished the New England Patriots, becoming the first team in NFL postseason history to end every offensive possession with a touchdown (or a kneel-down to end the game).

And Washington State held on to a second-half lead.

We jest with that last one, but only a little.

The Cougar men have struggled to close out games this season. Just about every one of their seven losses were contests they could, and maybe should, have won. According to KenPom, who has WSU as the 53rd-best team in the nation, only six teams have had less luck.

More than luck, however, Washington State has struggled offensively when games have become grinders, when disciplined is called for to overcome a physical, lock-down defense. When a team doesn’t allow transition buckets and every possession becomes a war. It’s what California has become good at recently and has led to the Bears’ resurgence.

Saturday in Pullman, WSU didn’t crumble. Didn’t give in. Didn’t make (too many) mistakes when the game was on the line. 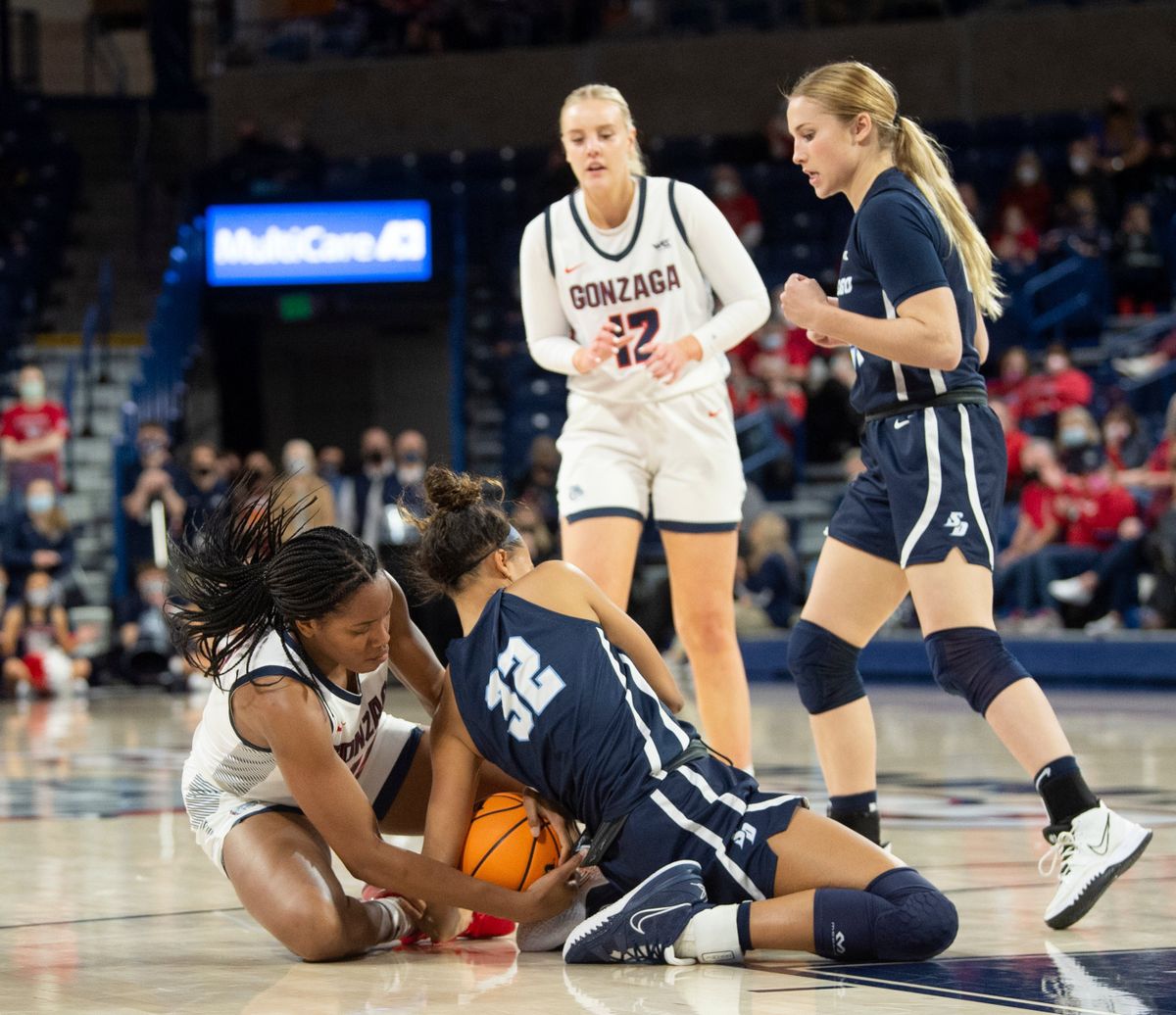 Gonzaga: Will the second-ranked Zags be No. 1 again come Monday? Top-ranked Baylor lost its second consecutive game on Saturday, opening the door. But Auburn won again and seems to be the favorite of the anyone-but-GU crowd, so we will see. All the Bulldogs can do is keep winning, something they accomplished at Santa Clara, 115-83. Theo Lawson has the game story and the difference makers. … Jim Meehan wrote about Drew Timme, who scored in the 30s for the second consecutive game. … We can also pass along Tyler Tjomsland’s photo gallery and the recap with highlights, put together by the folks in the office. … The women were in the Kennel for the first time in a while and had to overcome San Diego’s tenacious defense for a 76-66 victory. Jim Allen has that game story and Jesse Tinsley has the photo gallery. … Around the WCC, BYU rallied from a double-digit second-half deficit to top USF in San Francisco and move into second place. … The Cougars are tied with San Diego, which won for the third consecutive time. 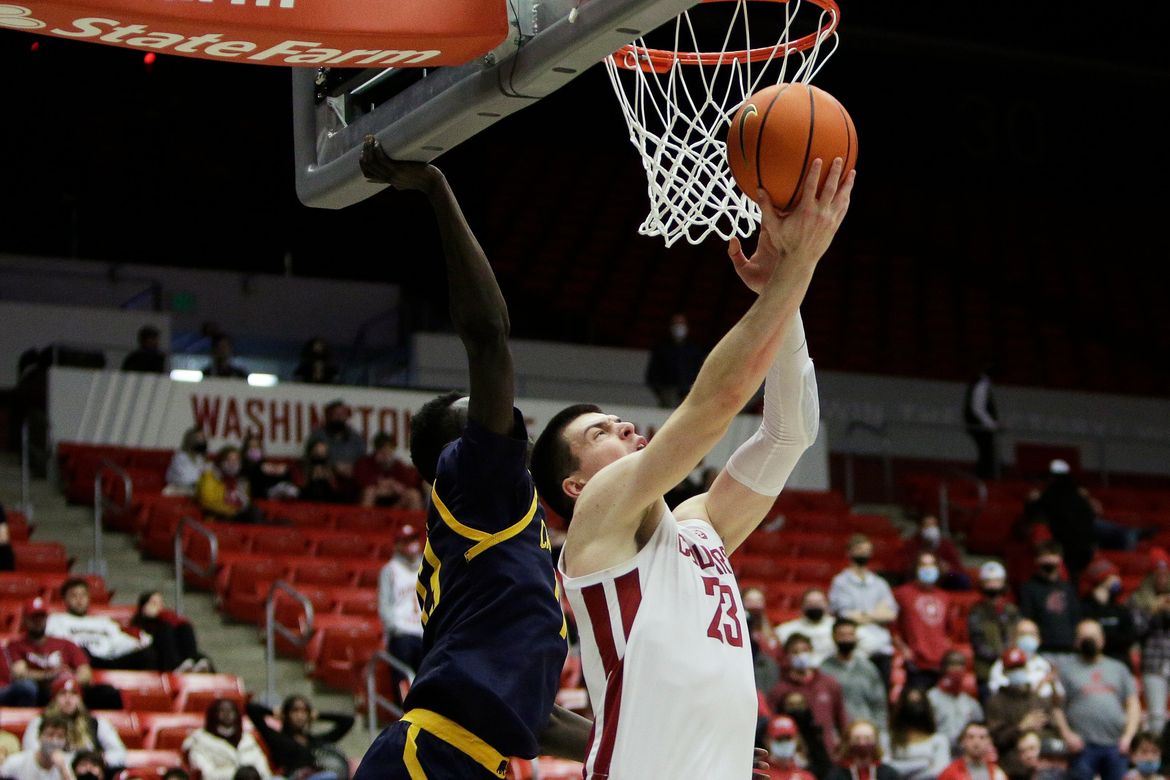 WSU: The Cougars stayed true to their principles to get past California. Colton Clark stayed glued to the keyboard to write this game story. … Elsewhere in the Pac-12 and college basketball, Washington might be better than it showed in the nonconference. The Huskies defeated Stanford and improved to 3-2 in Pac-12 play. … Talk about weird stats. Oregon’s win over No. 5 USC yesterday gave the Ducks a weekend road sweep of top-five-ranked schools, the first time that’s ever happened in the Pac-12. OK. How often has there been an opportunity for such a feat? Maybe never? Still, the two wins are huge for Oregon’s NCAA chances. … UCLA bounced back with a win over visiting Oregon State. … Colorado made Arizona State’s return to competition a losing one, with the Buffs taking a 75-57 decision in Tempe. … Arizona has been really good in the second half lately. The Wildcats were again against Utah in Tucson. … In football news, Washington picked up a bounce-back transfer receiver from Arizona State. … Dan Lanning is taking over at Oregon. 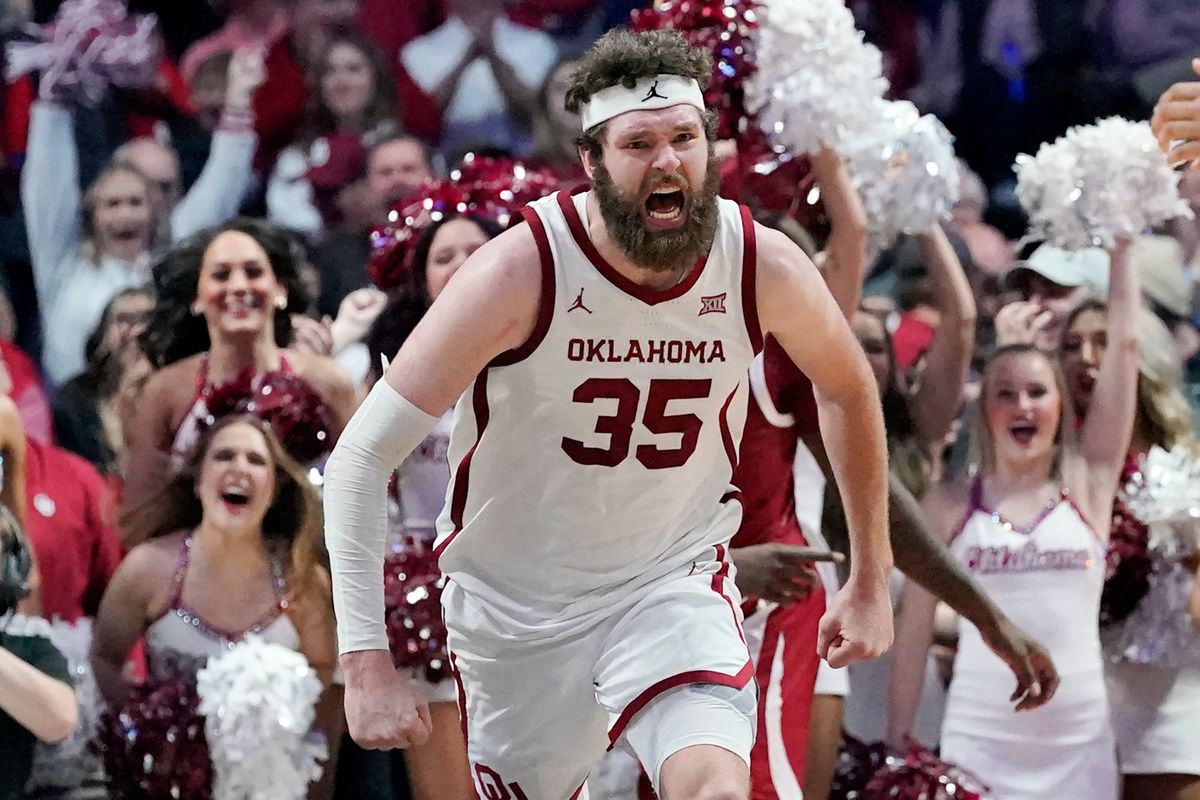 Idaho: The Vandals traveled to Pocatello for the battle of the domes. And lost both games, with the women falling 60-56 and the men 81-74.

Preps: It was a relatively quiet Saturday but Dave Nichols has this roundup.

Chiefs: Spokane is struggling. Kamloops invaded the Arena last night and left with a 6-0 destruction of the home team. Kevin Dudley was there and has this story.

Mariners: Just what is going on with the lockout and the rest of the offseason? We have some answers.

Kraken: The losing streak is at nine, which isn’t good. The latest? A 3-1 home loss to the Los Angeles Kings.

• There are three NFL playoff games on TV today. Maybe one will be officiated well enough to satisfy America. Probably not. But at least can the league actually know when a whistle blows? Is that hard? If I were king of that world, I would institute one rule for the replay officials: If any play had a chance to embarrass the league, as Saturday’s blown call did, then the replay official could intervene, no matter the rules. Heck, I might even oversee such plays myself. Can’t review whether the whistle came in the middle of the play or not? Well, the rest of America can. So get it right, damn it. Until later …