A GRIP ON SPORTS • It’s not just politics that makes for strange bedfellows, in the metaphorical sense. COVID-19 does as well, as this weekend’s television schedule illustrates all too well. But before we look ahead, a couple exciting things happened Thursday night we don’t want to pass by too quickly.

• Most Gonzaga men’s games lately have been a bit like car wrecks on the side of the freeway. You slow down to assess the damage and move on. Not last night’s 78-62 win over San Francisco. This one took a little more time to assess. Mainly because the Dons came out racing, ran a bunch of red lights and surprised the Zags.

But when one team is a finely tuned Ferrari and the other is a late-model Buick – a well-maintained one but a Buick nonetheless – an early deficit can be made up. It was. Though USF coach Todd Golden kept his foot to the floor and his engine revved, it wasn’t enough. The Bulldogs steadily pulled away and won by the exact margin Vegas predicted they would.

That the Zags won by 16 without uber-efficient (though productive) performances from their two most efficient players, Drew Timme and Andrew Nembhard, is a testament to their depth of talent. And the interchangeable nature of their players.

Chet Holmgren stepped up, hitting as many shots as times he hit the floor. Anton Watson filled a niche in the first half – it was sorely needed – and continued to shine in the second. Rasir Bolton, despite not shooting well, chased Jamaree Bouyea all night and made him work for most of his 25 points. Nolan Hickman contributed on both ends.

It was another statement win for Gonzaga, though this time the statement was different. Even when the Zags are pushed, they respond. And that’s a good statement to make as January winds down.

• We would love to be also summarizing Washington State’s game in this space, but once again the Cougars are stymied by the virus. They were scheduled to play Oregon last night and that didn’t happen. They were scheduled to play Oregon State on Saturday and that won’t happen. All because of COVID-19 issues within the WSU program. (The women are also on a hiatus right now, which shows the depth of the problems in Pullman.)

When they will return to the court is anyone’s guess. And unless you have access to their medical records, your guess doesn’t hold a lot of weight.

• Eastern and Idaho were able to play, which a bit of a victory in itself. The Eagles picked up the real kind against reeling Sacramento State while the Vandals fell to visiting Northern Colorado, losing by 17, a result that hasn’t been the norm for UI recently. Even though the Vandals have yet to win a Big Sky Conference game, almost every one of their previous six losses were tight. The Bears didn’t allow that to happen.

This weekend, four NFL playoff games, that’s what. Two on Saturday, highlighted by the 49ers visiting Green Bay (5 p.m. on Fox). And two on Sunday, highlighted by (for me at least) by the Rams trying to take out defending champion Tampa Bay (noon on NBC).

Yes, we zeroed in on the NFC games. When two of the Seahawks’ division rivals are still playing, they have our attention.

But the NFL isn’t the only thing on. There are a bunch of good college hoops games scheduled – if they are played – including Kentucky and Auburn on Saturday (10 a.m., CBS), with the second-ranked Tigers trying to make a definitive-enough statement to move past Gonzaga and into their first-ever No. 1 ranking next week.

There is also golf from the California desert both days, the NBA and NHL and, for real fun, bowling on FS1. That’s exciting, right?

Gonzaga: Speaking of exciting, there was a little too much for a while in the Kennel last night. But the West Coast Conference showdown ended in the way Bulldog followers wanted. Jim Meehan has the game story. … Theo Lawson has the difference makers and another story about the freshmen that came up big. … Dan Pelle was on the baseline and has this photo gallery. … The folks in the office put together a recap with highlights. … Like most of you, we watched from home and have our TV Take concerning the win over San Francisco. … The women opened the night by hosting Portland. It was also close for the first half before GU pulled away. Jim Allen has the game story and Tyler Tjomsland the photo report. … Around the WCC, a familiar school is alone in second place. BYU won a tough one at home against San Diego to move to 4-1 in the conference. … Saint Mary’s held off Santa Clara for its 10th consecutive home win. 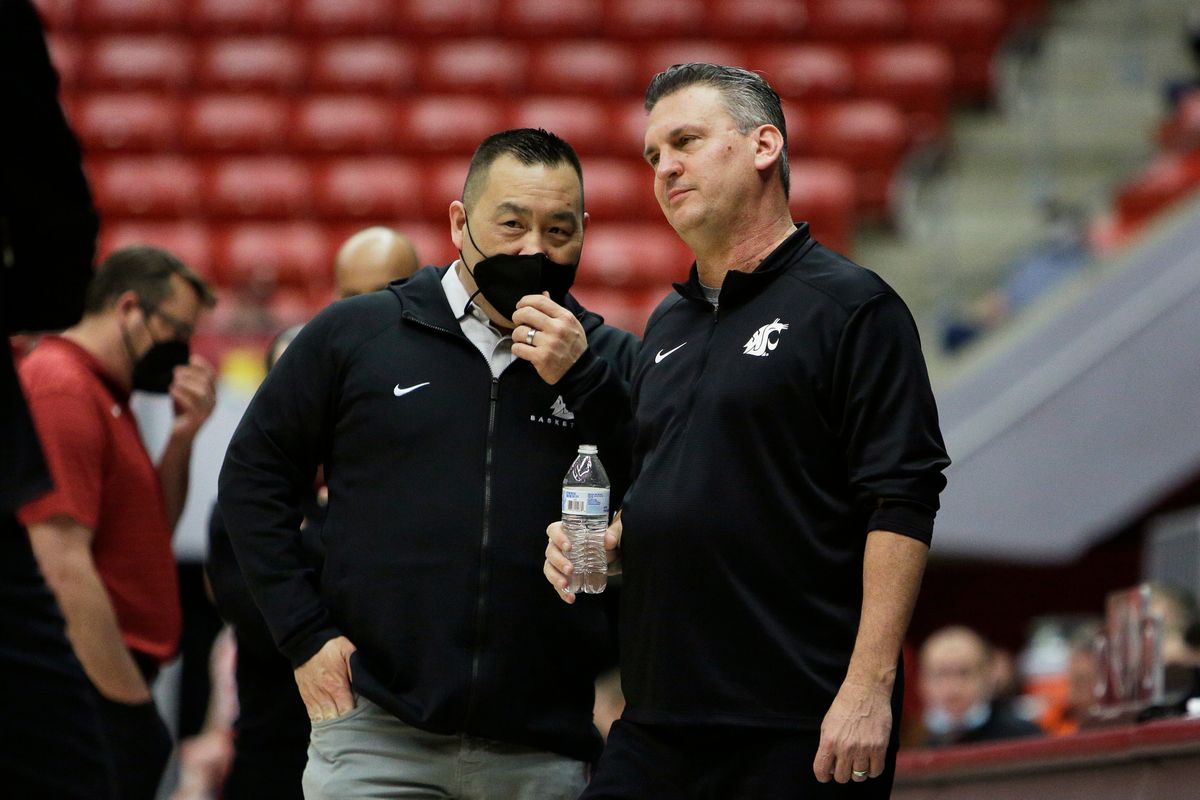 WSU: As we mentioned above, the Cougar men have postponed tomorrow’s Oregon State game. Colton Clark has more in this story. … Elsewhere in the Pac-12 and college basketball, Jon Wilner has a conference-wide stock report in the Mercury News. … Can Arizona earn a No. 1 NCAA seed? Wilner thinks so, but it won’t be easy. … We linked his tournament projection column yesterday but it now has run in the S-R, so we link it once more. … In last night’s action, No. 3 Arizona lost a key player to injury but still overpowered Stanford in a near-empty Maples Pavilion. … UCLA had its hands full but the Bruins got past host Utah before a raucous crowd in Salt Lake City. … USC was also in a hostile environment but the Trojans prevailed for the first time in a while against Colorado. … Washington is playing so well right now the Huskies didn’t need their head coach to defeat host Oregon State 82-72. … In football news, Wilner looks ahead again, this time joined by Yogi Roth. … Justin Wilcox has signed his extension with California. … An Arizona State backup quarterback is looking elsewhere. … Colorado started a new NIL program and then picked up an Alabama transfer for the offensive line. … What is happening with the Oregon schools with their NIL programs? … USC welcomed a former Stanford running back. 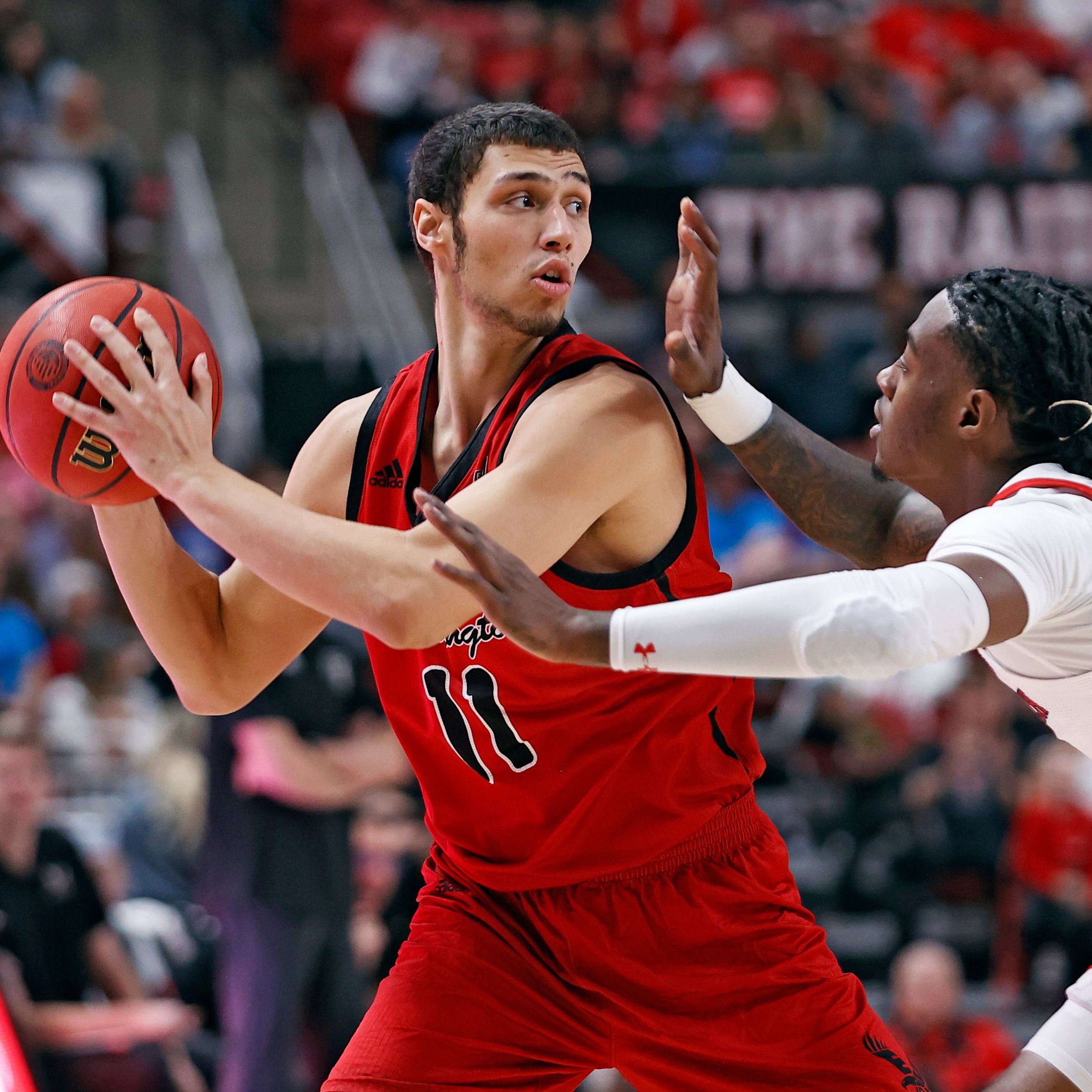 EWU: It seems like every game someone new steps up to lead the Eagles to victory. Thursday night it was Rylan Bergersen up front as Eastern topped visiting Sacramento State 75-62. Dan Thompson has you covered. … Around the Big Sky, Weber State hammered visiting Idaho State 95-63. … Montana State went to Flagstaff and handled the Lumberjacks. … Montana toughed out a win at Portland State.

Idaho: The Vandals weren’t in this one, falling 87-70 to Northern Colorado. Peter Harriman has this game story from Moscow.

Preps: Dave Nichols has a roundup of the sparse high school action. … Another nearby state (Utah) has adopted a basketball shot clock. When will it happen in Idaho? 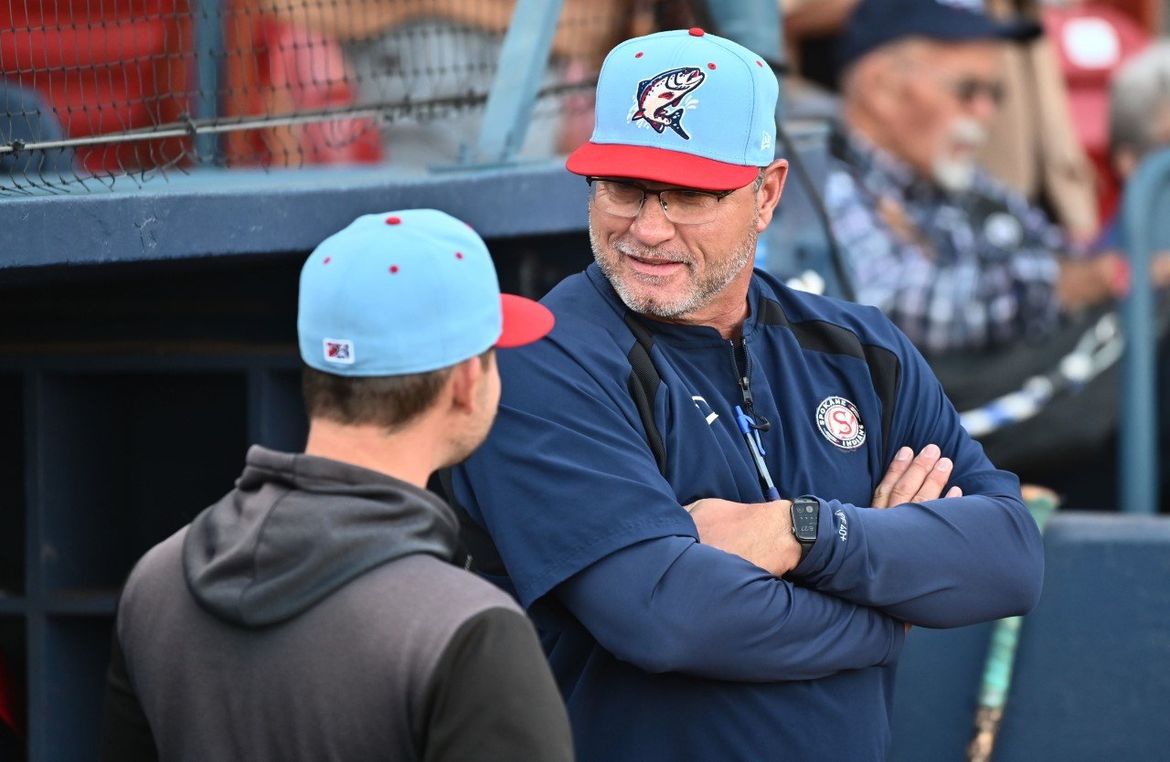 Indians: Dave also passes along the news Spokane will have pretty much the same coaching staff this summer that took them to the Northwest League championship series in 2021.

Kraken: Seattle won a second consecutive time since it adopted Davy Jones as the team dog. Coincidence? We think not.

Mariners: No baseball franchise has been stymied more by the lockout than the M’s. At least that is Larry Stone’s opinion and who are we to argue with him?

Sounders: Even more veterans are headed back to Seattle.

• Is it possible for college basketball games to have a curfew? Or for them to actually start on time? The Gonzaga game last night began at 8:13, which isn’t anywhere close to the 8 p.m. start time listed. Heck, in 13 minutes I can eat a baker’s dozen of doughnuts. Even if two of them are Texas sized. The game ended at 10:13, which fits nicely in the prescribed two-hour window. If only, you know, it began when it was supposed to. Until later …