On any night, John Stockton’s name and No. 12 jersey can be seen hanging from a banner in the south-facing rafters at McCarthey Athletic Center. But Gonzaga and its most prominent alumnus are at odds over the school’s mask mandate, leading Gonzaga to suspend Stockton’s season tickets at home basketball games.

In an interview with The Spokesman-Review on Saturday at The Warehouse – the Spokane-based gym Stockton has owned since 2002 – the NBA’s all-time assists and steals leader, and one of only two players who’s had his number retired by Gonzaga, confirmed the university’s decision to suspend his season tickets for failing to comply with the mask mandate.

Stockton said Gonzaga Athletic Director Chris Standiford notified him of the university’s decision in a conversation the Naismith Basketball Memorial Hall of Fame point guard described as “congenial” but also “not pleasant.”

“Basically, it came down to, they were asking me to wear a mask to the games and being a public figure, someone a little bit more visible, I stuck out in the crowd a little bit,” Stockton said. “And therefore they received complaints and felt like from whatever the higher-ups – those weren’t discussed, but from whatever it was higher up – they were going to have to either ask me to wear a mask or they were going to suspend my tickets.”

Stockton has taken a strong stance against COVID-19 vaccines, shutdown measures and mask mandates, initially offering his views last June in a documentary titled, “COVID and the Vaccine: Truth, Lies and Misconceptions Revealed.”

John Stockton recently cracked an NBA list celebrating the 75 greatest players of all time, but national headlines including the name of the Hall of Fame point guard have centered not only around what Stockton achieved in a Utah Jazz uniform over two decades, but a series of contentious comments he’s made about the state of the country amid the COVID-19 pandemic. | Read more »

During the interview, Stockton asserted that more than 100 professional athletes have died of vaccination. He also said tens of thousands of people – perhaps millions – have died from vaccines.

Such claims are dubious and not backed by science, nor are they deemed credible by medical professionals, according to FactCheck.org, a project of The Annenberg Public Policy Center, and research reported by PolitiFact, which is run by the Poynter Institute.

The former Gonzaga and Utah Jazz point guard indicated he’s had “multiple” conversations with the school’s administration over the past two years before a recent decision was made to ban him from games. Standiford, GU’s first-year AD, declined to be quoted for this story but provided a statement from the university reinforcing the masking policy.

“Gonzaga University continues to work hard to implement and enforce the health and safety protocols mandated by the State and by University policy, including reinforcing the indoor masking requirement. Attendees at basketball games are required to wear face masks at all times,” the statement read. “We will not speak to specific actions taken with any specific individuals. We take enforcement of COVID-19 health and safety protocols seriously and will continue to evaluate how we can best mitigate the risks posed by COVID-19 with appropriate measures. The recent decision to suspend concessions in McCarthey Athletic Center is an example of this approach.

“Gonzaga University places the highest priority on protecting the health and safety of students, employees and the community.”

Stockton said he didn’t think his relationship with the university was permanently fractured as a result of the suspension but suggested it could take time to repair.

Two of Stockton’s children, David and Laura, had standout college basketball careers at Gonzaga. Another son, Sam, spent a grayshirt year with the Bulldogs before transferring to Lewis-Clark State. John and his wife, Nada, sit about five rows behind the scorers table at McCarthey Athletic Center, and Gonzaga players occasionally train at The Warehouse – located adjacent to GU’s campus – during the college basketball offseason.

“I think certainly it stresses (the relationship with Gonzaga). I’m pretty connected to the school,” Stockton said. “I’ve been part of this campus since I was probably 5 or 6 years old. I was just born a couple blocks away and sneaking into the gym and selling programs to get into games since I was a small boy. So, it’s strained but not broken, and I’m sure we’ll get through it, but it’s not without some conflict.”

When asked if he’d contemplated wearing a mask to keep his season tickets, Stockton responded, “Of course. You consider everything, every option when you’re presented with something like that, and I considered it in great detail.”

Gonzaga requires proof of vaccination or a negative COVID-19 test taken within the last 72 hours to attend home athletic events. The university began to crack down on its enforcement of the mask mandate when it suspended food and beverage sales at games as a way to promote mask-wearing.

Stockton attended West Coast Conference games against Pepperdine (Jan. 8) and BYU (Jan. 13), but wasn’t spotted at his normal seat in Thursday’s game against San Francisco. Gonzaga, sitting at No. 1 in the AP Top 25 college basketball rankings, is scheduled to play five more home games in the regular season, beginning Thursday against Loyola Marymount.

Unless the state and university withdraw the mask mandate, the 2022-23 season would be the earliest Stockton will be allowed back in the Kennel to watch the Zags play.

A Spokane native who attended Gonzaga Prep before playing at Gonzaga from 1980-1984, Stockton was the first player in school history to win conference player of the year honors. During his senior season, he led the West Coast Athletic Conference in scoring, assists and steals.

Stockton said he’s conscious of his image, especially around his hometown , where he’s resided since a 19-year Hall of Fame career with the Jazz ended in 2003. The 59-year-old said he is also aware of how his widely circulated opinions may be received by fans who have accepted the evidence regarding the efficacy of vaccines and the effectiveness of mask wearing to combat the COVID-19 pandemic.

“I’m very concerned about my image,” Stockton said. “I understand I’m a public figure and they show me at every game, so they understand it as well. I take that responsibility very seriously, both when I’m around campus and when I’m not. It’s a lifestyle, so of course I do.”

Although Stockton is unwilling to budge on his decision not to wear a mask, he calls the dilemma “one impasse” and remains hopeful he can maintain a healthy relationship with his alma mater.

“There’s probably a lot of different directions this can go, and I think time will tell on all of that,” he said. “My focus is to maintain that relationship, as is theirs. They’ve made it very clear that we’re important to each other and I don’t think that’s going to change. However, there are some absolute impasses that we’re going to figure out.

“I’ve been around here a long time, so I don’t expect things to linger, whatever they may be.”

Stockton has been among the most prominent and influential former pro athletes to voice opposition to the shutdown measures, mask mandates and vaccine requirements brought forth by the COVID-19 pandemic.

In addition to the documentary, he has made multiple appearances on the DNP-CD Sports podcast, where hosts Tony Farmer and Chad Fisher have also expressed strong anti-vaccine views.

Medical peer-reviewed studies have debunked both of Stockton’s assertions about COVID-19 and the vaccine.

Although less likely to be hospitalized, young and middle-aged adults who are otherwise healthy have still experienced severe illness or died from the virus, according to a Yale Medicine article that was updated on Tuesday.

Meanwhile, more than 529 million doses of COVID-19 vaccines have been administered between Dec. 12, 2020, and Tuesday, according to the Centers for Disease Control and Prevention.

Public health leaders also have stressed that unvaccinated people – including children – are more likely to spread coronavirus, including to people more at risk for serious illness or death.

Numerous studies have shown that in the current omicron wave, vaccines have been less effective at preventing COVID-19 infections.

Studies consistently have shown, however, the vaccines remain extremely effective at preventing death and serious illness. The CDC reported Friday that unvaccinated people 65 and older who contracted COVID-19 were 49 times more likely to be hospitalized than those who received booster vaccine doses, according to the Washington Post. Unvaccinated seniors were also 17 times more likely to be hospitalized than seniors who didn’t get a booster but received two Moderna shots, two Pfizer shots or one Johnson & Johnson shot. 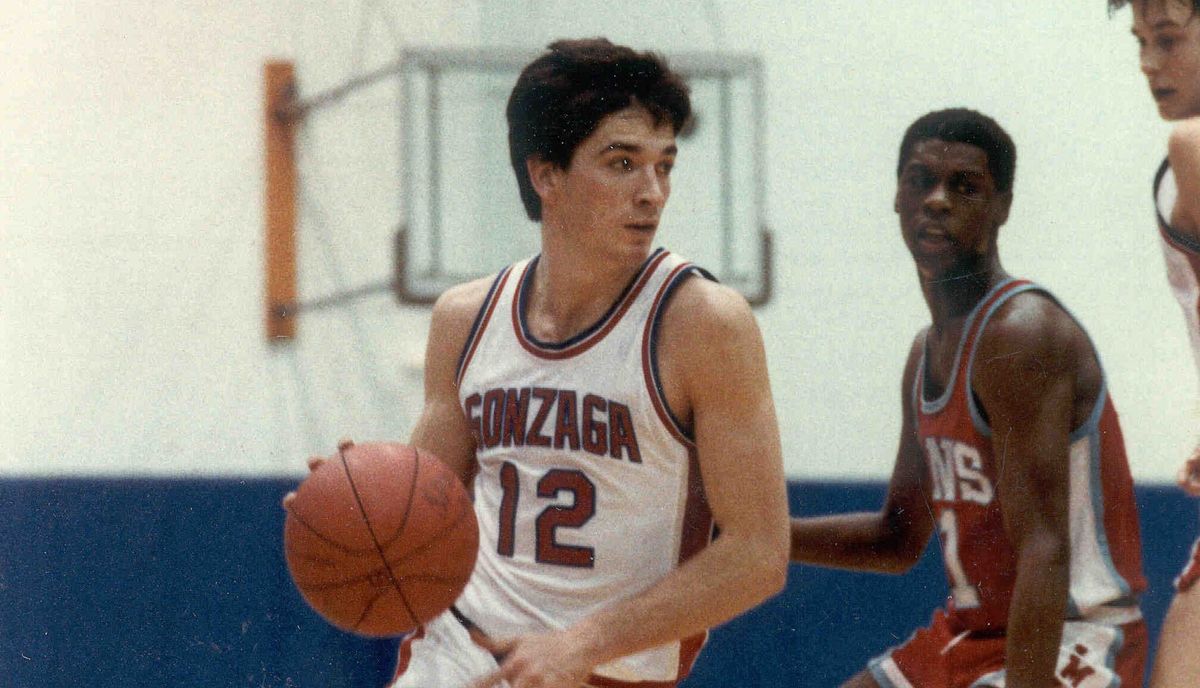 John Stockton during his Gonzaga days.  (Courtesy of Gonzaga Athletics)