A GRIP ON SPORTS • We have questions. Lots of questions. Few, if any answers. If pitching is really 75 percent of success in baseball, then why the heck aren’t the Mariners winning more games? What will Washington State’s football schedule look like in 2024? Why haven’t we played golf at all this summer? And more.

• The M’s have built a great starting staff. Heck, they even have an ace. Maybe two. Where not too long ago Marco Gonzales had to assume that role, the lefty from Gonzaga now is probably third on the pecking order behind Robbie Ray and Logan Gilbert. And you can put those two in any order you want. With George Kirby and Chris Flexen, Seattle finally has a starting rotation that even the 2001 team would envy. 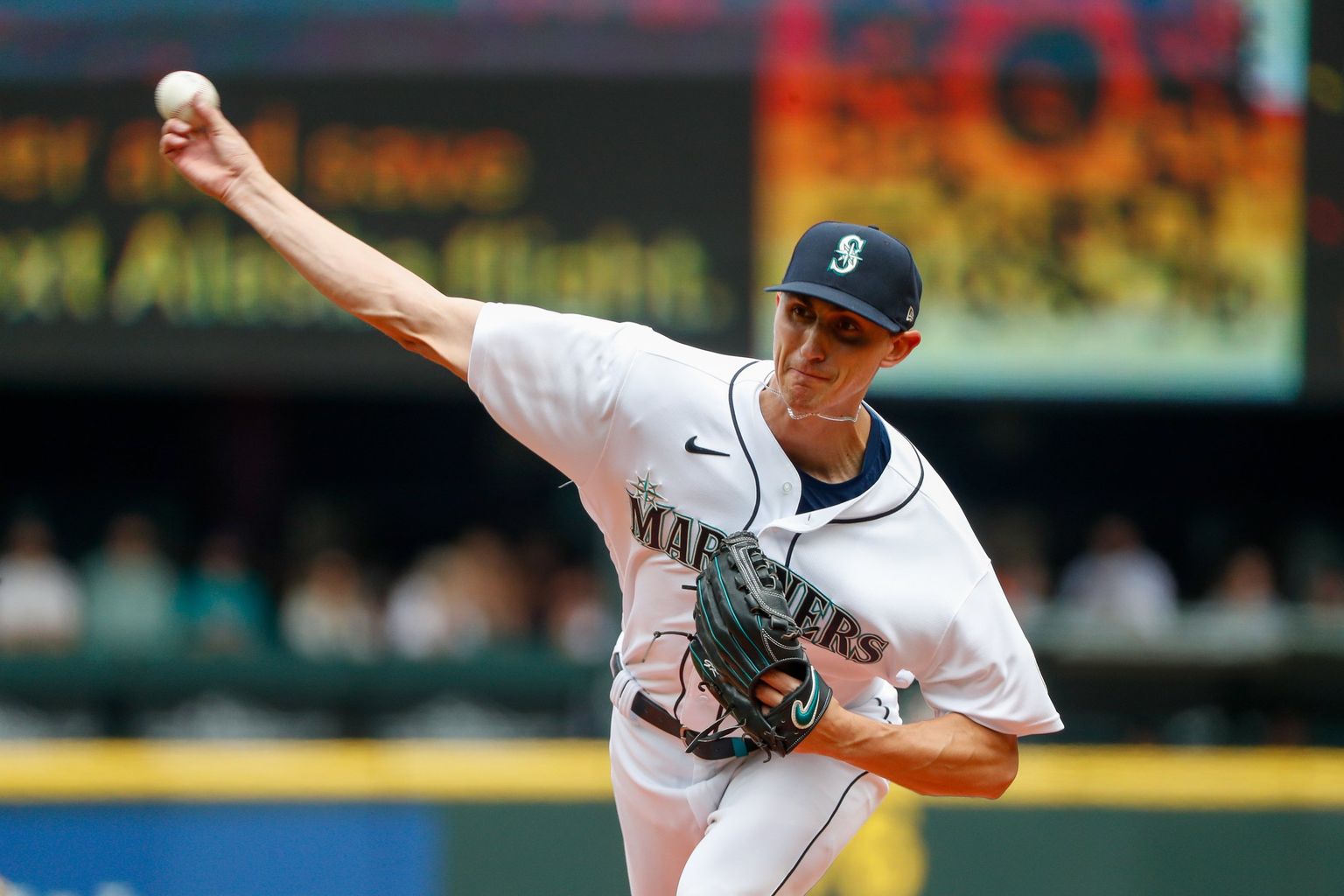 Yes, we know. It’s 20 years too late. Starters aren’t as crucial to success as they once were. Bullpens are probably even more important. That position group was strong last year. It’s still a work in progress this season.

Neither, no matter what baseball pundits of the past would say, can exist for long if the offense doesn’t pick it up soon. The stress game after game without offense puts on the pitching staff isn’t conducive to success. It has to change soon. If it does, watch out. 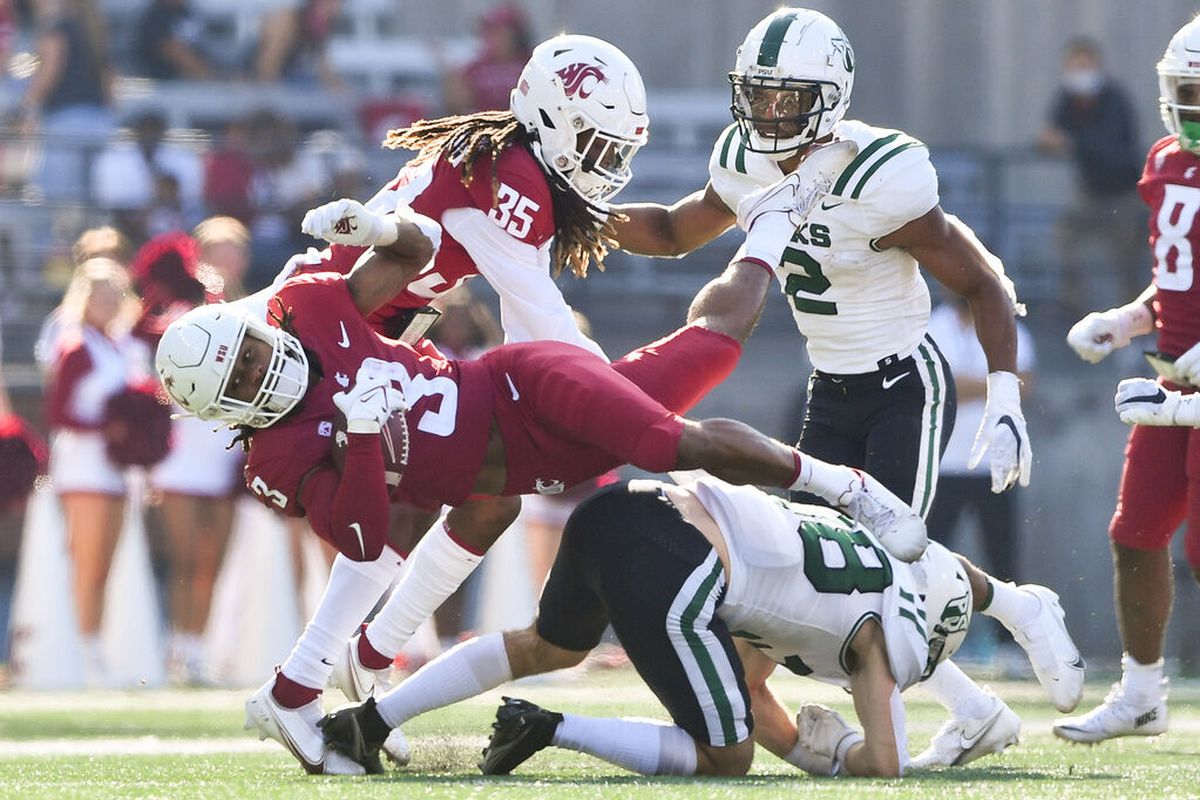 • As of now, the Cougars are set to play Portland State, San Jose State and San Diego State in nonconference football games two years down the road. But that schedule was put together with the etched-in-stone thought UCLA would be playing in Martin Stadium that year as part of the Pac-12.

That’s now been chiseled away.

Heck, no one is even sure at this moment if either Arizona school or Colorado or, heck, even Washington, will be part of the conference in two years. The Huskies – and Oregon as well – may just jump ship.

All to avoid having to play in Martin Stadium in 2024. Ya, that will be the reason.

• One would think playing more golf would have been a goal in our Medicare years. It was. But it hasn’t turned out that way. Other pursuits have gotten in the way, pursuits we couldn’t, well, pursue back in the day.

We miss the golf course. We miss knocking the ball around with buddies. Telling stories. Lying about our score. Breathing in clear air and exhaling when we discover the wayward shot stopped 16 inches short of the water hazard. Then shanking the next shot right into the drink. Cussing.

Come to think of it, maybe we don’t miss golf after all. The friends part, yes. The rest of it? Maybe not. 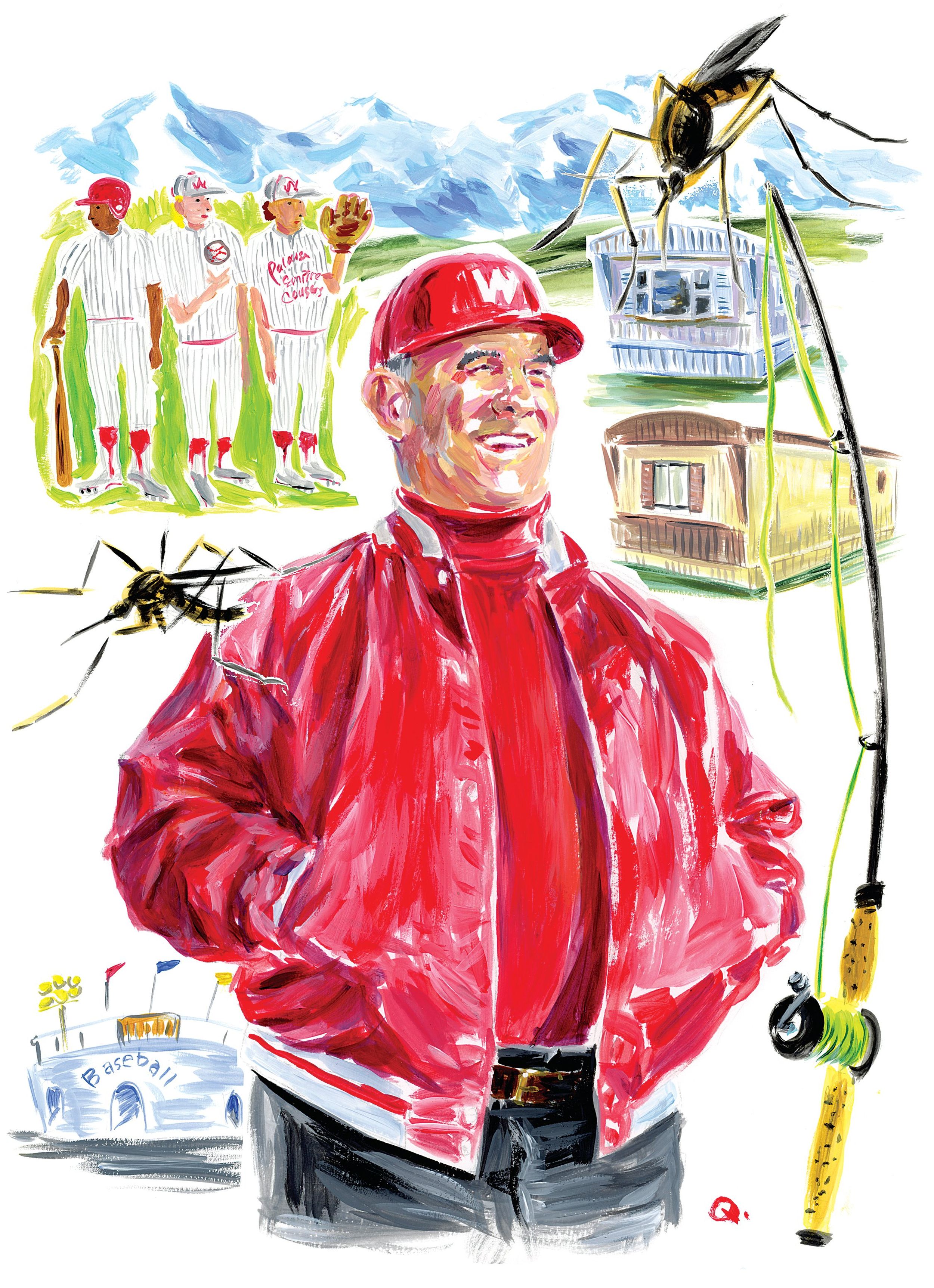 WSU: We remember the Palouse Empire Cougars. Thanks to this story from Caden Frank, you can as well. It’s worth spending some time with this fine Sunday morning. … Great minds think alike. So do, on the subject of why USC and UCLA left the Pac-12 at least, do John Feinstein and yours truly. … Jon Wilner answers a lot of questions about the changing times and if he missed anything, maybe this story will get to the rest. … Elsewhere in the Pac-12, just who should the conference turn to if it wants to replace its lost members? There are few good options. … All the changes can make your head spin. … If you have to see a bad guy in this, we have a candidate. … The money the Big Ten will send to Southern California is impressive. … Speaking of money, Arizona State still hasn’t figured out this whole NIL thing. … In basketball news, Colorado is looking forward to having a big man on campus. … In football news, Arizona’s recruiting has been exceptional. How have the Wildcats done it? 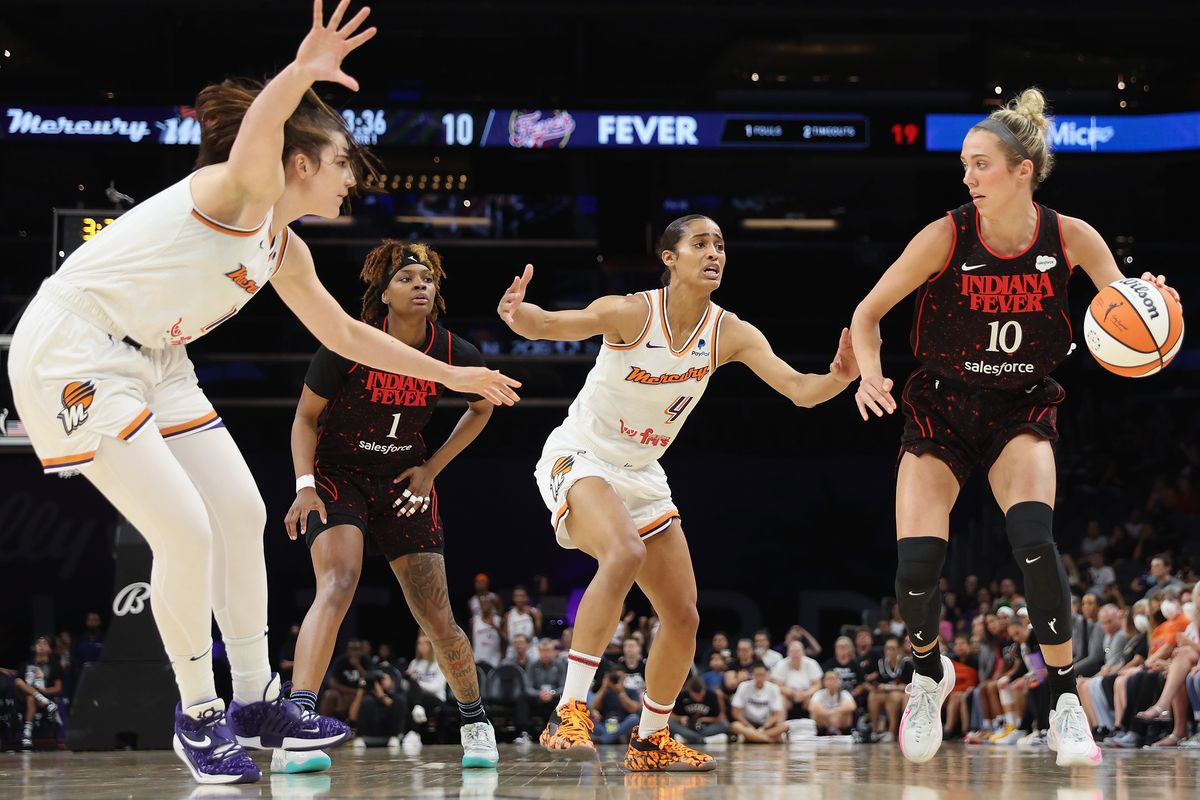 Preps: As Central Valley High grad Lexi Hull is the first to admit, her rookie WNBA season has been, “a transition.” Stephen Hunt has more in this feature. … Sports can be a connecting between culture as this story from Quinn Welsch shows. … Nearly a decade ago, then Rogers High football coach Matt Miethe got in trouble for a photo that ran in the S-R. It showed him and some players at church. Times have changed. Kip Hill has this story.

Indians: One bad inning cost Spokane and starter Joe Rock in Vancouver. The result was a 4-3 loss. Dave Nichols has the coverage. 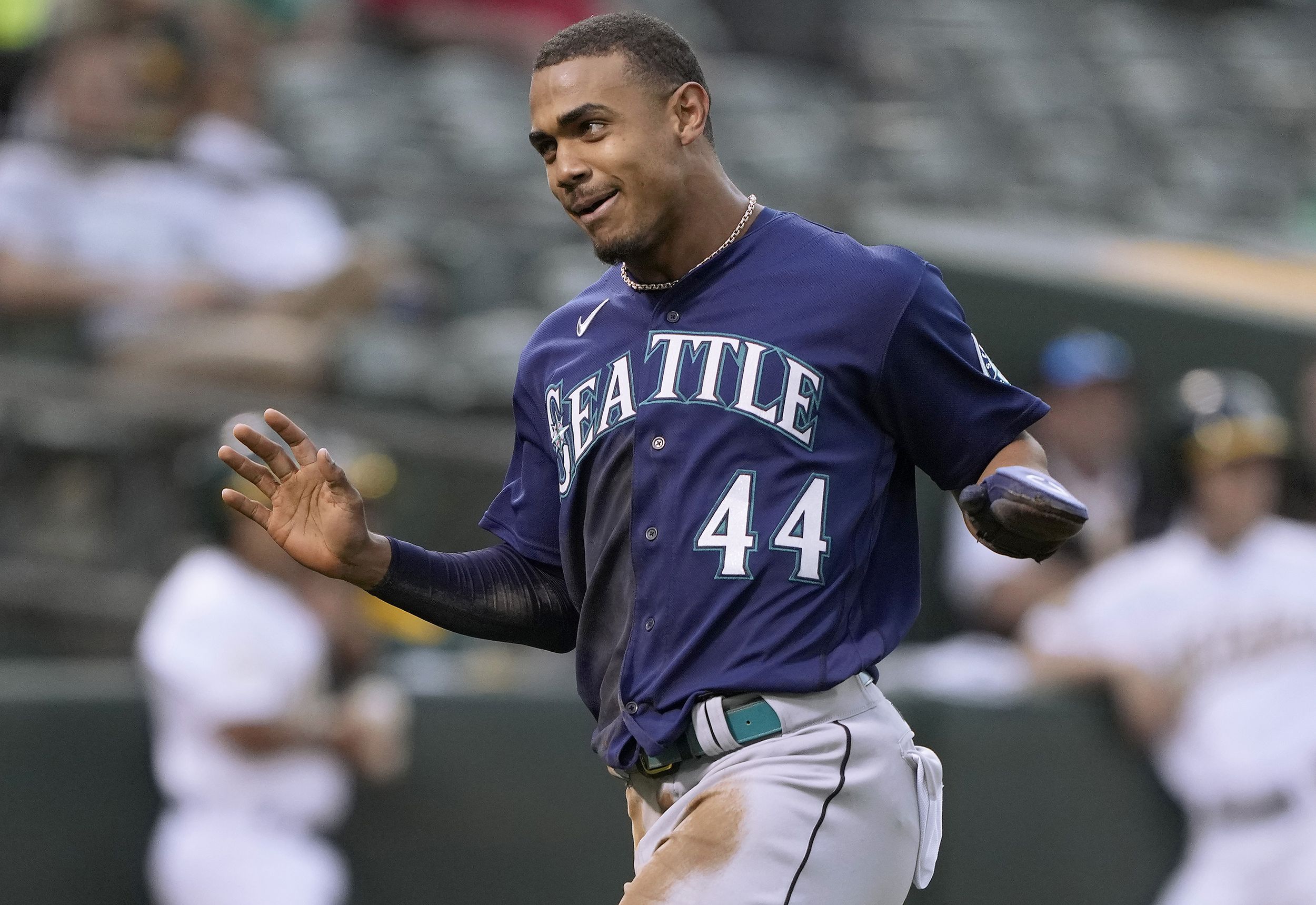 Mariners: It took until the eighth inning for the M’s to score. Thank goodness George Kirby had yielded just one run to the A’s. Tied in the ninth, Abraham Toro came through with a game-winning hit and Seattle picked up a 2-1 win. … For the second consecutive time, Julio Rodriguez is the American League Rookie of the month. … We can pass along some answers if you have questions.

Sounders: Most of the stars stayed home. And yet Seattle traveled to Toronto, possessed the ball less than 40% of the time and still won 2-0.

Storm: The three Seattle representatives will be on the same team after the WNBA all-star draft.

Kraken: Seattle may just take a defenseman with its first pick in the next draft.

• Our TV binge-watching is really weird right now. And about five years behind the times. Weird because we are watching two shows nearly simultaneously. Both set in England. But polar opposites. One hour we’ll watch “Peaky Blinders” and wonder how Tommy is going to get out of another jam. Then we switch over to “Ted Lasso” and wonder how Ted is going to get out of another jam. About the only two things they have in common is they are both well-made TV shows and they both fling around a certain cuss word a lot. Until later …