• This Independence Day, we’re doing just that. But before we delve into the circumstances of Blake Buchanan’s commitment Sunday to the University of Virginia for basketball, we can’t help but thinking about an iceberg.

Why? Well, they are massive things that tower over vessels in the ocean. But if we learned anything from watching “Titanic” 57 times with our significant other, only a small part of an iceberg is visible to the passengers of those passing ships. The rest is hidden from view.

Which is analogous to high school athletes that reach their goal of playing at the next level. We see the games. We click on the highlights. We observe the shine. But we rarely think about the hours of polish it takes to get such a glow.

Which brings us to Buchanan, the senior-to-be at Coeur d’Alene’s Lake City High.

If all you know of him is his height (he’s 6-foot-10), his family heritage (his mom Debbie played college volleyball and coached the sport at the University of Idaho for more than two decades, his dad Buck was a UI football player and his older brother, Austin, plays college volleyball in Hawaii) and his recent highlights, you might think he was always destined for greatness.

We met Blake when he was in seventh grade. Tall and gangly, the one thing that stood out was his love of the game. It was overpowering. We asked if he wanted to play on our eighth-grade Spokane AAU team. Making the trip from Moscow three times a week wasn’t in the cards. He did, however, come occasionally to practice. No games. Just practice. And that’s when his work ethic began to show.

He wasn’t the Inland Northwest’s best player then. He is now. How did he get there? Putting in time. After transferring from Moscow High to Lake City following his freshman year, Buchanan began starting his school days in the gym, working each morning with LC assistant coach Kelly Reed. Basketball skills, strength, agility. They all improved with time.

And don’t think his grades suffered. They didn’t. It’s all about priorities. He had them.

We saw his improvement in real time, as Buchanan’s Lake City team includes five other players who we’ve had the opportunity to coach at one time or another. All of them continued to play in the Hooptown Elite summer program we have been associated with the past dozen years. And we’ve watched as many Lake City games over recent years as COVID-19 and the National Federation of High School network broadcast would allow. 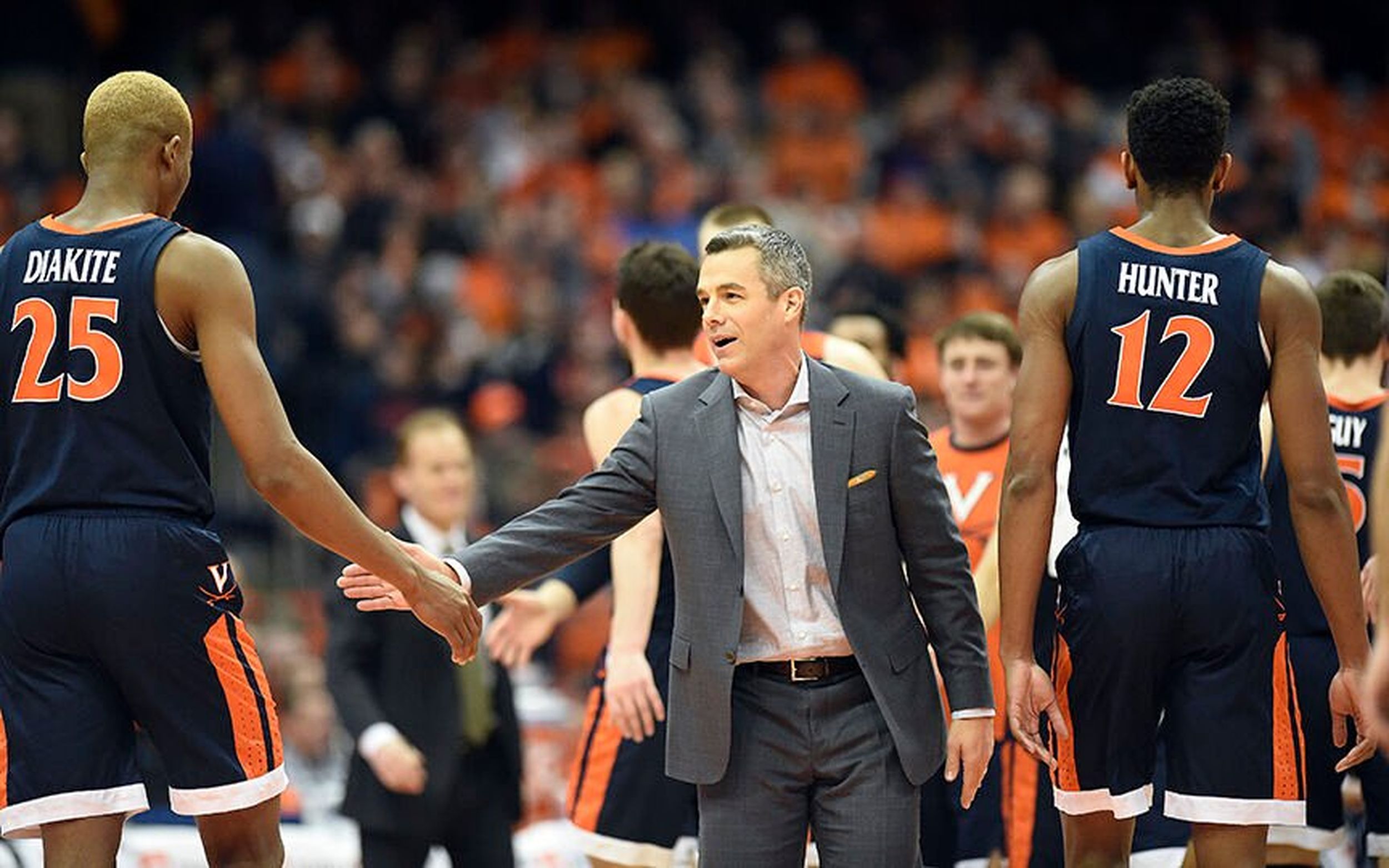 We tried to help a year ago, when chatting with Tony Bennett about another player. We believed in Buchanan’s potential but weren’t sure if others would. Turns out they did. Hard work tends to shine through, like a well-polished trophy. Sunday, Buchanan announced he was headed to Virginia. Gonzaga made a late push, offering a scholarship, but the relationships built over the past year were the difference.

Buchanan achieved a goal. He has others, of course. A big one, winning an Idaho state title, eluded he and his Lake City teammates last year. They have another chance. Then for Buchanan it’s off to Virginia, where more goals await.

Will they be reached? If hard work, desire and focus are the deciding factors, we wouldn’t bet against it. 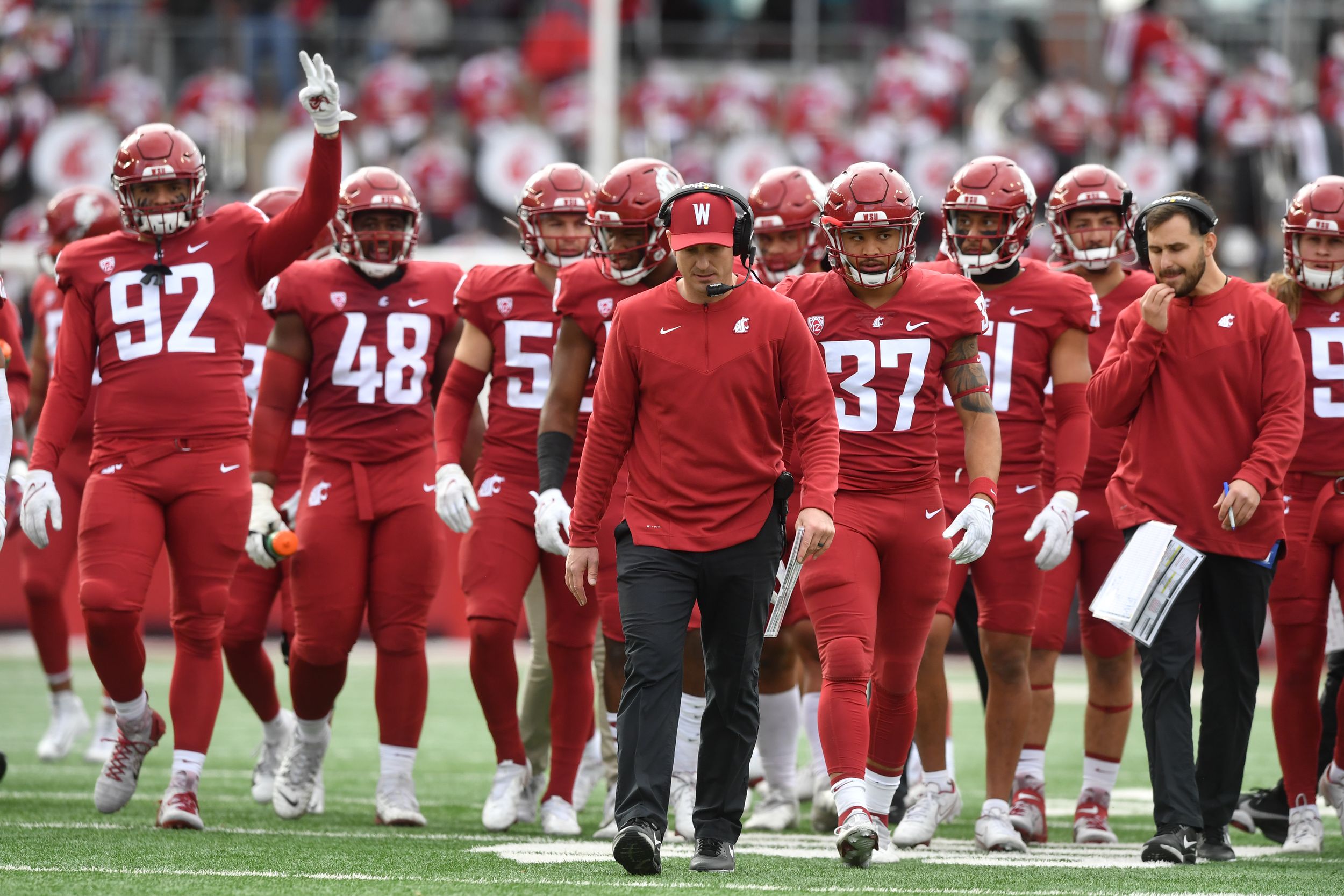 WSU: The Pac-12’s cloudy future hasn’t seemed to hurt the Cougars’ football recruiting for 2023. Two other players announced their commitment over the weekend. … Speaking of those troubles, Jon Wilner is putting together a series of stories on what they bode for the future. His first installment runs in the S-R this morning. … Elsewhere in the Pac-12, the Arizona State football program is in a state of flux. … The Arizona schools, along with Utah and Colorado, may be headed to the Big 12. It doesn’t bode well when Utah’s athletic director basically says it’s every man for himself. … USC will enter the Big Ten with a new baseball coach. If former Grand Canyon coach Andy Stankiewicz lasts that long.

Preps: Because Buchanan was considering Gonzaga – the Bulldogs were in his final two – Theo Lawson has this story about his commitment. We also linked it above. … Buchanan talked with the Coeur d’Alene Press about the reasons behind his decision to head to Charlottesville.

Indians: The season is more than half way done, but July 4th is a good day to evaluate the first half. Dave Nichols does just that today. … The final game in Vancouver was rained out Sunday. The Indians play at home tonight to celebrate Independence Day. 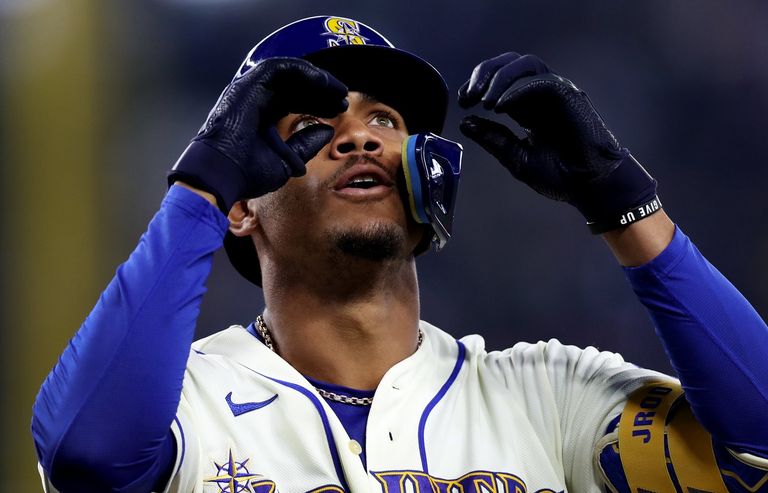 Mariners: If Robbie Ray and Julio Rodriguez keep playing like this, the M’s have a chance. The two combined to lift Seattle to a 2-1 home victory over Oakland yesterday, helping the M’s finish the first half 39-42. … Kyle Lewis is starting a rehab assignment in Tacoma.

Storm: A long road trip didn’t start well for Seattle, as the Storm fell in Atlanta.

Kraken: A couple of forwards could be on Seattle’s draft list.

• If you know us, you know since we retired from full-time work with the S-R we’ve dedicated a lot of our time to Spokane basketball. We have goals as well. We want to help the game grow in the area and help any player we come in contact achieve their goals. Doesn’t always happen. It’s not a linear process, that’s for sure. But it’s worth the time. The kids make it worth the time. Every one of them. … We also realized it was 15 years ago today we wrote our first college basketball recruiting story. It was about a player who had committed to WSU, Mark McLaughlin. We talked with him on July 4th, 2007. When he de-committed later, the Cougars had an open scholarship. They gave it to Klay Thompson. Until later …