A GRIP ON SPORTS • Call it Mariner luck. Win 14 consecutive times, one off a franchise record, and then have to sit around for four days without a game. The hottest team in baseball, which neither the Blue Jays nor Rangers nor anyone else could cool down, is done in by the All-Star break. Just their fate, isn’t it?

• Nothing, it seems, has gone the M’s way since the last time they won 14 consecutive games. That would be, of course, in 2001, when they won just about every game they played, except that one scratch-your-head loss in Cleveland. Since then, the baseball gods have played keepaway with the franchise, causing most of our hair to fall out and the rest to turn gray. 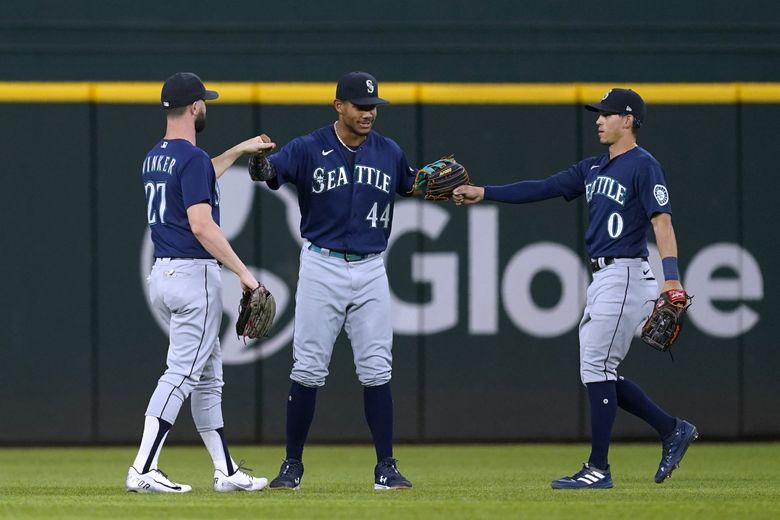 A month ago the season of hope seemed to have turned into just another season of broken promises. But the spring of our discontent has magically turned into a glorious summer by the sun of Loma de Cabrera, Julio Rodriguez.

And his merry band of dancing teammates.

So much so, here we are, at the All-Star break – baseball’s unofficial halfway point – and the M’s are 51-42, in the middle of the American League wild-card trio and only a half-game from Tampa atop those peculiar standings. What in Shakespeare’s name is happening in Seattle?

My eldest son, who has a scientific mind, credits chemistry. That mysterious baseball invention that is more toil and trouble, fire burn and cauldron bubble, than analytics. He believes this group really enjoys each other, enjoys playing the game and, because of that, is playing a loose, who-gives-a-heck brand of baseball. 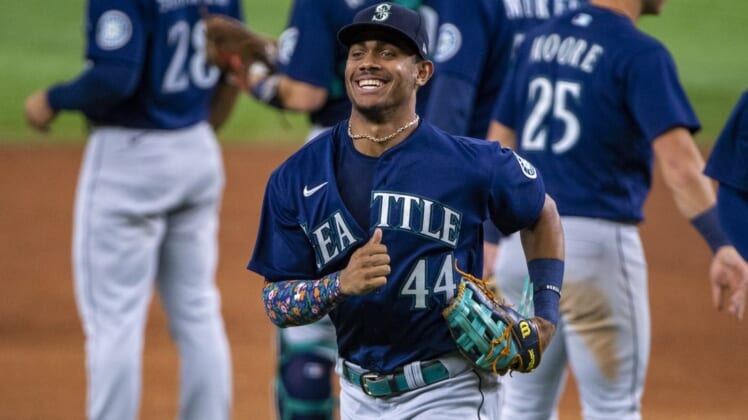 For that, he credits the 19-year-old who is just the latest in the line of Dominican players who have brought joy to rosters everywhere.

It’s hard for us to sign on to that chemistry notion, though we recognize its existence – unlike most baseball statistical gurus.

The tragedy of the past couple decades in Seattle has more to do with a comedy of errors in the front office than anything else. Jerry Dipoto was hired to exorcise those demons and though it’s taken him years to do so, his manuscript finally seems to be reaching a climax.

If the baseball gods don’t Puck it up.

The past two weeks haven’t been just a midsummer night’s dream, have they?

Nope. This is the team Dipoto promised three years ago when he talked about a rebuild. It’s taken a bit of time but it’s hitting its stride. And even the All-Star break shouldn’t derail it.

In fact, it might even help, especially if the chemistry theory is a bunch of baloney. Kyle Lewis is hitting the ball well in his rehab. Mitch Haniger has to be getting closer to returning. And Prince Hal, aka Jarred Kelenic, seems to be turning into King Henry at Tacoma. Adding those bats can’t hurt anything – if they fit within the culture Julio and his gang seem to have built.

So take a break. Enjoy Rodriguez in the Home Run Derby. Watch France, a late addition, make his All-Star debut. Catch your breath for a couple days. This few, this happy few, this band of brothers, will return Friday. And they’ll try to keep not just a winning streak, but hope itself, alive.

WSU: Around the Pac-12, if you want to be a pro baseball player, it seems Oregon State is the place to be in the conference these days. Four Beavers were picked Sunday. … In football news, Colorado has a returning kicker who earned his spot last year as a freshman. 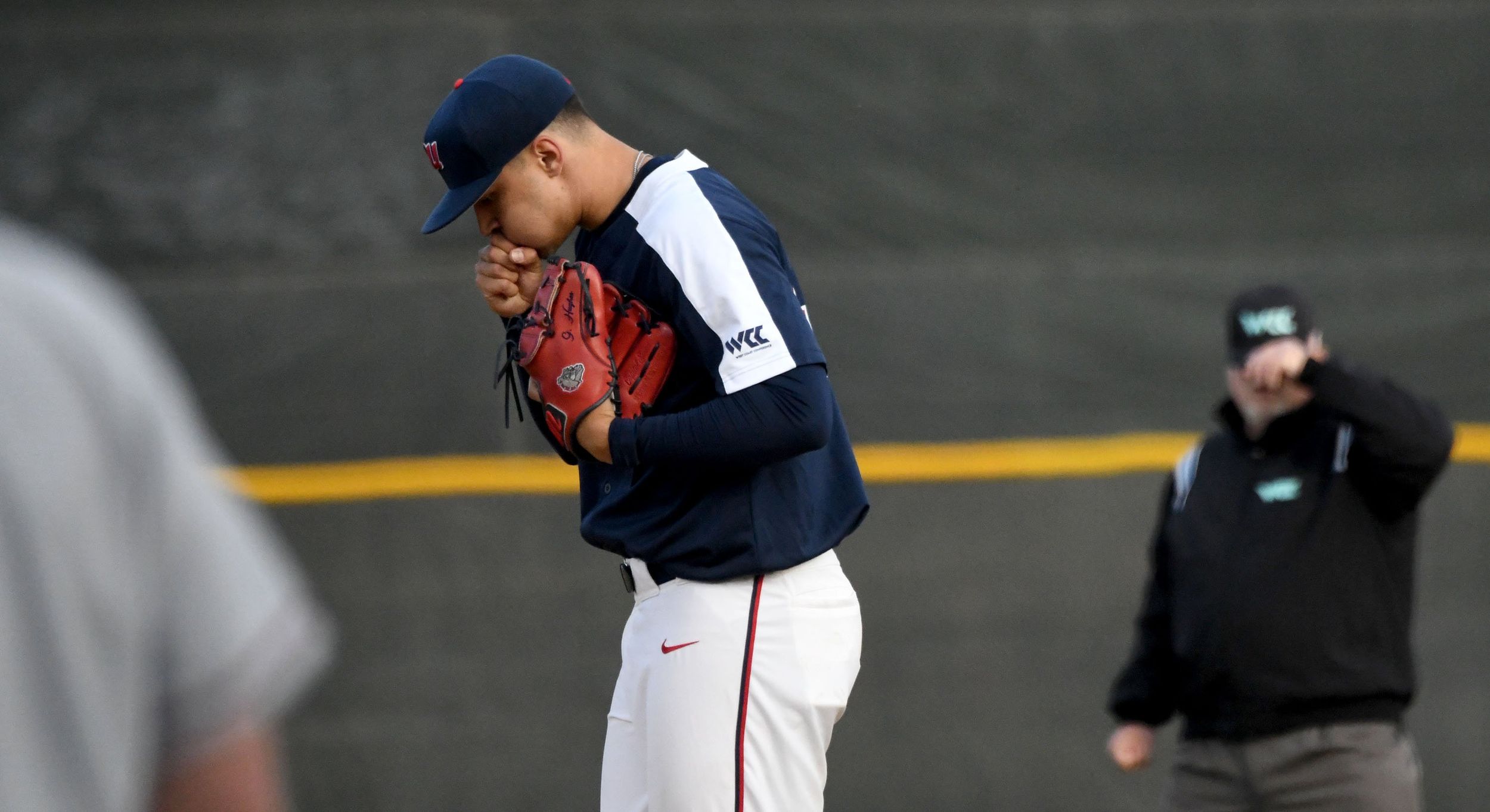 Gonzaga: Having a top 10 pick in a professional draft is nothing new for the Zags, right? From Adam Morrison to Chet Holmgren, it’s happened a lot in the past couple decades. But not in baseball. Not until Sunday. Gabriel Hughes was selected by the Rockies with the 10th pick in baseball’s version of the lottery. Which means he could end in Spokane this season. Justin Reed has more in this story. … Elsewhere in the WCC, BYU’s basketball roster is supposedly being constructed with an eye on the Big 12.

Indians: Spokane rallied on Sunday, picked up a 5-4 victory and split its six-game road series in Eugene. 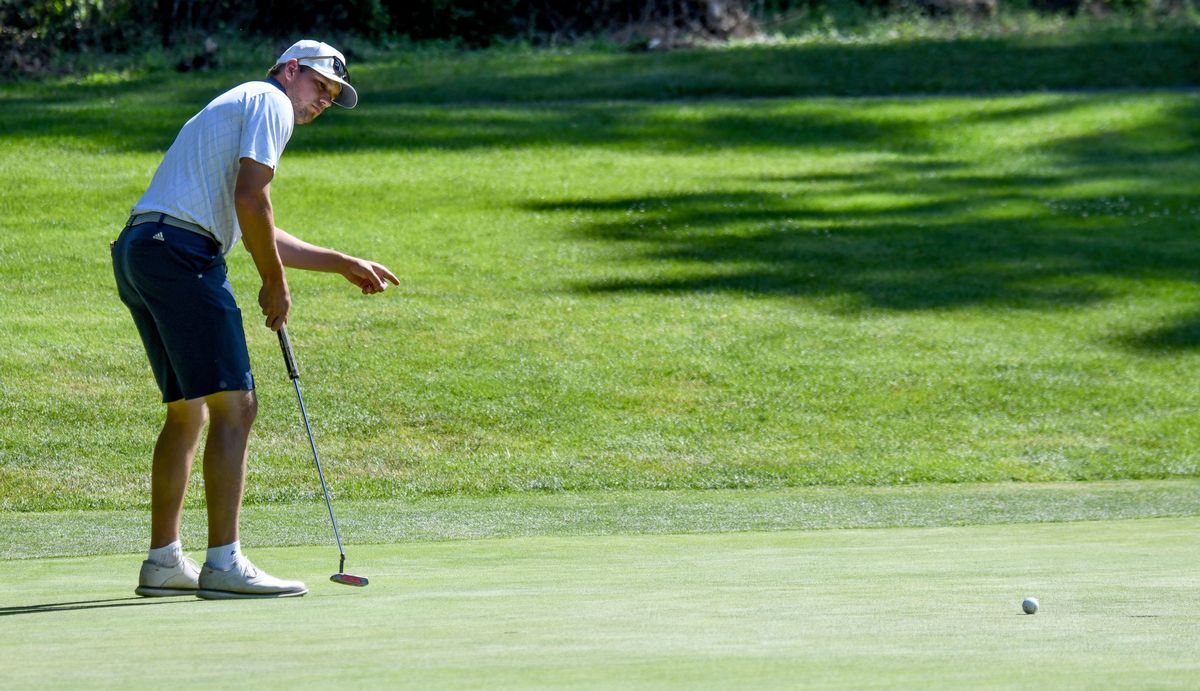 Golf: It took Daniel Campbell a little guts and a little guile to win the Rosauers Open Invitational on Sunday. The guts were needed to try to drive the par-4 17th. The guile came when he had to extract himself from the tough spot his ball landed. Jim Meehan has all the particulars in this story. … Cameron Smith has guts, guile and a spectacular mullet. He also has the Claret Jug after a back-nine run earned the Australian the British Open title.

Track and field: What would a World Championship be without a controversial false start disqualification? Or, this year at least, Ryan Crouser winning the shot put?

Mariners: How did Seattle get to 14 straight wins? They pounded the Rangers’ pitchers, got great pitching from was, basically, a bullpen game and they rolled 6-2. … As we mentioned above, France was named to the A.L. All-Star roster. … Yesterday, we alluded to Larry Stone’s wish the M’s would go for broke (maybe literally) and trade whatever it takes to get Juan Soto from the Nationals. … Baseball held the first part of its draft yesterday, with the M’s taking shortstop Cole Young with their first pick. They also had a few other selections Sunday. 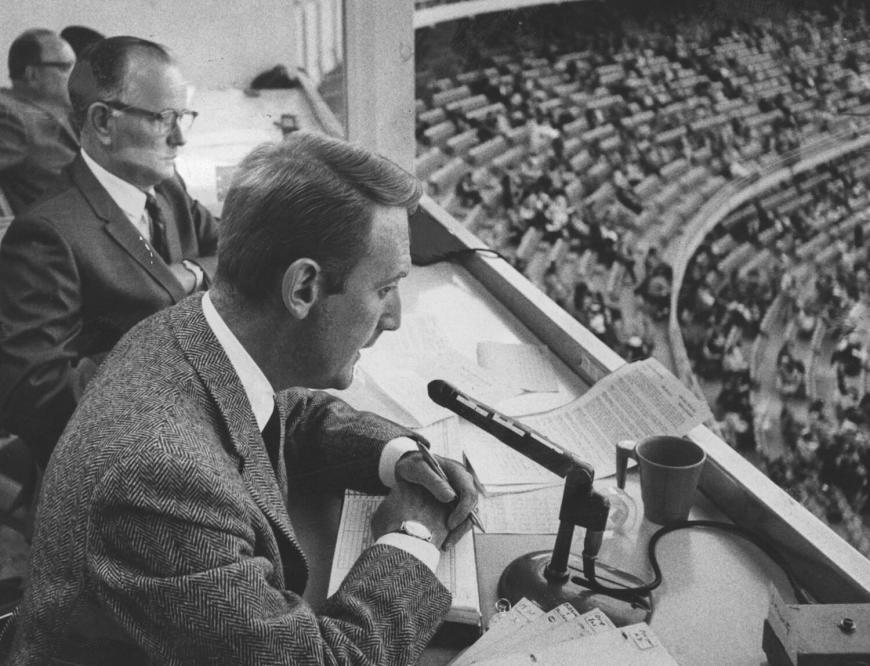 • Part of the reason we wrote Sunday about our Dodger Stadium memories was this L.A. Times story. Then we forgot to include the link. What a dope. Anyway, it was always weird to sit in the stands and hear the echoes of Vin Scully’s voice throughout the stadium. Everyone except us, it seemed, listened to Scully on their transistor radio. My dad always said it was because they weren’t schooled enough in the game to know what was actually happening – unless Scully told them. We’re not sure his explanation was true but it certainly gave the place a peculiar, and singular, vibe. Until later …