By Jase Picanso and Carly Dykes The Spokesman-Review

Spokane’s Natatorium Park is now only a fond memory for many people, including those who attended a Historic Monument Dedication on Friday for the once owners of the park. 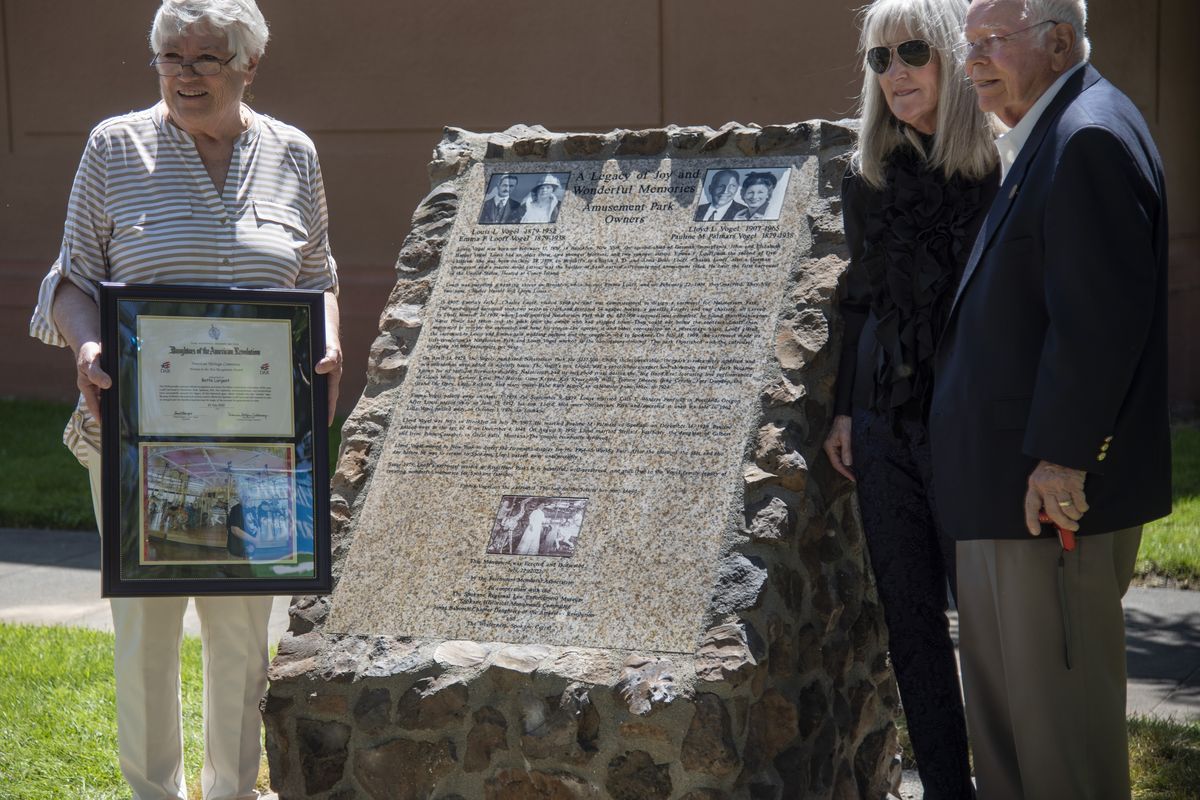 Betty Largent, left, Gerry Sperling, and Hal McGlathery stand for photos with a new historical marker honoring the Vogel family shortly after it was unveiled at Fairmount Memorial Park Friday, July 22, 2022. The Vogel family, who owned the Looff carousel and Natatorium Park from 1929 until the early 1960s was honored for providing decades of fun for Spokanites. Louis Vogel, was the son-in-law of carousel carver Charles Looff, and he parlayed the classic carousel into concessions management and later ownership of the park. Largent is the artist and restored and repainted the horses and characters on the 1909 carousel, McGlathery was the Director of Parks and Recreation who hired Largent in 1991 and Sperling is the step-granddaughter of Lloyd Vogel, the last owner of the carousel and Natatorium Park. (Jesse Tinsley/The Spokesman-Review)

But the park’s legacy was evident as members of the Vogel family, such as Gerry Sperling, the step-daughter of Natatorium owner Lloyd Vogel, spoke at the celebration, detailing growing up there.

The Vogel family dedication of the rocky monument was held at Fairmount Memorial Park, with a reception following in Riverfront Park at the Looff Carrousel, a Natatorium relic. Both events were organized and paid for by Gerry Sperling and Bill Sperling with support of the Riverfront Park staff and the city’s Parks and Recreation Department.

“My memories are precious, and finally the Looff Carrousel remains with the city of Spokane. A gem for all to enjoy, and something that now belongs to the people that live on into the next 50 or 100 years,” Sperling said.

The Vogel family owned the park for many years. The iconic 1909 Carrousel was a wedding gift for Louis Vogel and his wife, Emma, from her father, Charles Looff, who created many famous carousels, including the first in the country at Coney Island, New York. 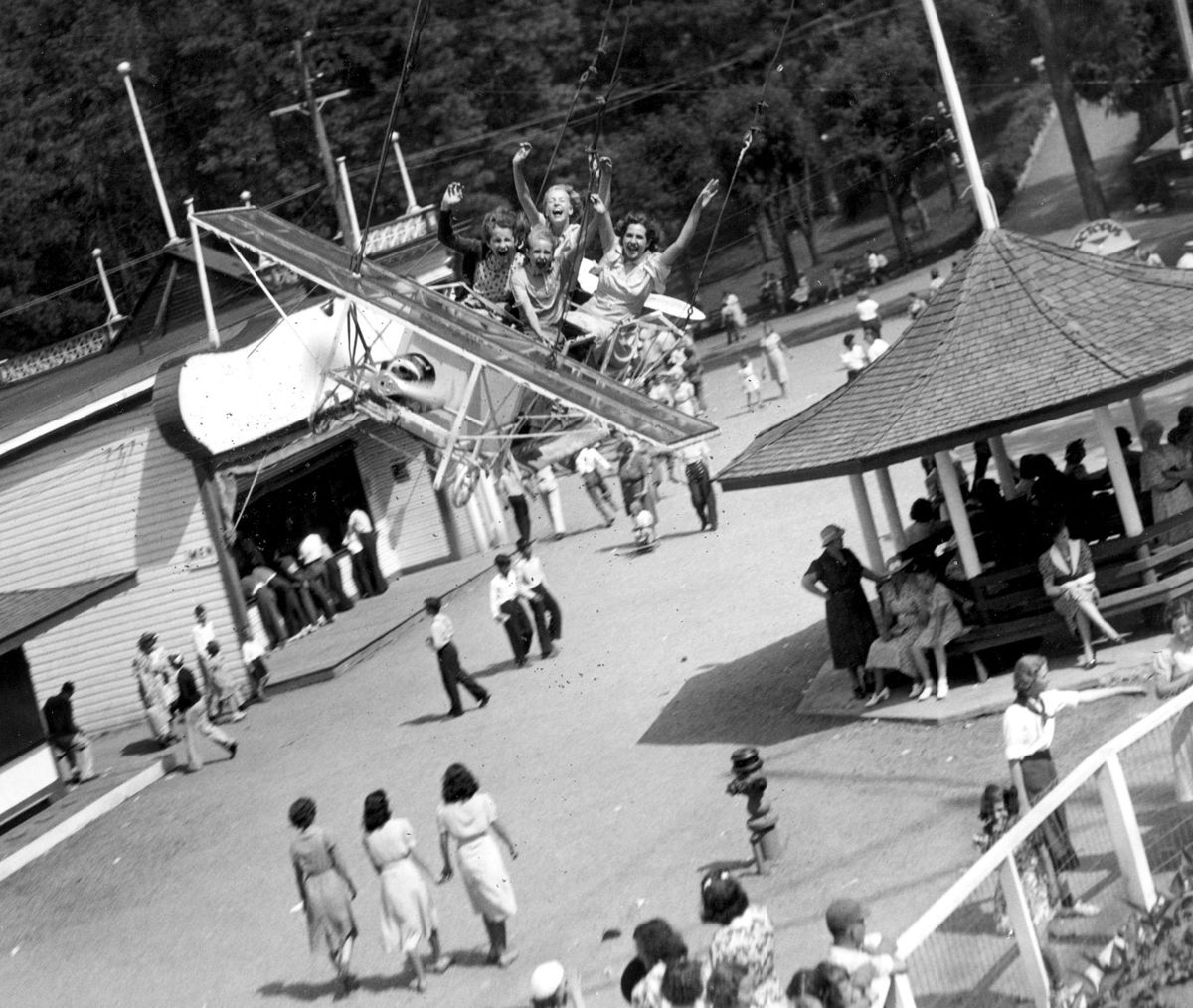 In 1941 the amusement rides at Natatorium Park were in full swing. The park, which opened in 1893, was originally known as Twickenham Park, and was operated by Spokane United Railways until 1929 when it was sold to Louis Vogel. The park closed in 1968. The land is now occupied by a mobile home park. (The Spokesman-Review photo archive)

Natatorium closed in 1967. Sperling recalled the vast 43 acres of gardens, picnic areas, amusement rides, a dance hall, penny arcade and of course the Carrousel, where the giraffe named after Sperling resides.

Sperling was 7 when she started working at the pop stand in Natatorium. She found herself alongside her grandfather, Louis, and her father, helping maintain the magic Natatorium created for locals and tourists.

At the ceremony, Sperling honored Betty Larget, who restored the Looff Carrousel in 2018, with a plaque that will reside in the Carrousel building as a tribute to Larget’s artistry.

“I’m very proud of the Spokane Carrousel, but I’m more proud that I’ve been able to help carousels around the world,” Larget said. “It was the best investment the city ever made … the stories, the looks on people’s faces, you can’t replace that.”

This story has been changed to reflect the organization and funding of the event.