A GRIP ON SPORTS • It’s an aspect of conference realignment that’s been shoved to the back burner. But the heat is still on, even if everyone’s eyes are focused on the main course up front. Money may be the answer to every question except one: What happens to rivalry games?

• A Bill Oram column this morning in the Oregonian got us to thinking. Is the Apple Cup doomed? 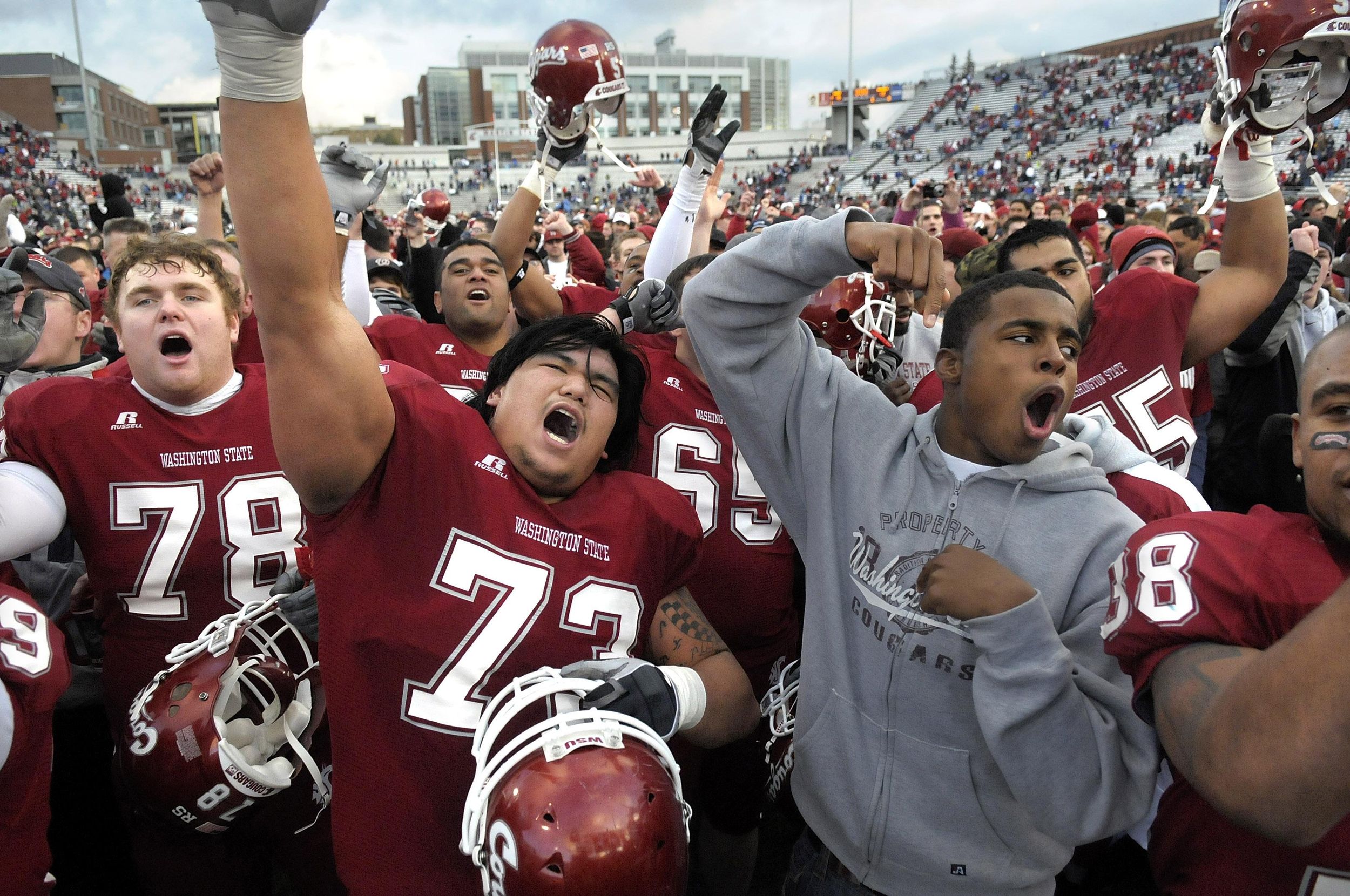 Don’t laugh. Heck, just this week we learned the longest continuous basketball rivalry west of the Mississippi is no longer in play. And if Washington State and Idaho, neighbors within walking distance of each other, can’t figure out a way to play one of their dozen or so nonconference basketball games against each other, for goodness sakes, then nothing is out of the question.

Nonconference football games are rare. Three or four a season are available, depending on which conference is represented. Carving out a game every year with the same school is hard.

Which is just another Stephen King-scary novella on the table if the Pac-12 dissolves.

USC and UCLA don’t have that worry. They are bound together, headed to a Big Ten future side-by-side. The Bay Area schools are also pretty much in lockstep, with the TV market in that area worth something to some network and their lackey conference someday. The Arizona schools? ASU might dominate the Phoenix market but the school down south has produced much of the state’s power structure, so the Wildcats have that going for them.

The Northwest is different. Oregon State and Washington State have always had their priorities in the right place – and their athletic aspirations as well. Neither school has the illusions of grandeur that plague their better-known siblings.

These days, though, that’s where the fear resides.

It’s that anxiety Pat Chun and Kirk Schulz tried to quell this week when they talked with the S-R’s Colton Clark. Both were relentlessly positive in their comments, talking boldly of the Pac-12’s future. Good for them. It’s an outlook that should help calm the waters that have roiled continually the past few weeks. It also seems a little too “all is well” for our tastes.

Sometimes a little panic is good. Especially if it is accompanied by just enough anger. UCLA’s Baltimore Colts-like defection has angered the good folks in California who support the state’s flagship university in Berkeley. They might not be able to stop it, but they certainly seem ready to hurt the Bruins anyway possible.

They are rivals after all.

Which is what any Cougar alum should be contemplating right now. Washington – and its southern rival, Oregon – is reportedly exploring fleeing the coop, a la USC and UCLA. Rivalries? Connections with its state partners? Tradition and history? Forget that, only they aren’t saying forget. There are other priorities. Money comes to mind. National recognition as well. And, of course, even more money.

Don’t wait. Be proactive. Find a way, legislatively if needed, to tie the schools together financially. Use that as the stick. Get attention. But be willing to compromise. Ensuring a yearly Apple Cup, no matter the schools’ conference circumstances, is that carrot.

Make it mandatory unless both schools want out.

Why? This state is full of Huskies and Cougars. They are proud of having attended one or the other. About 10,000 of them join the alumni ranks each year.

Many consider the four or five or, in Bluto Blutarsky’s circumstances, seven years they attended the highlight of their lives. They bleed purple or crimson and raise their children to do the same.

It seems silly to say, but they are the only reason the schools exist.

As they go through life, ensure they have their one week of unbridled hatred and 51 weeks of bragging – or disappointment.

It is a tradition that can’t disappear. 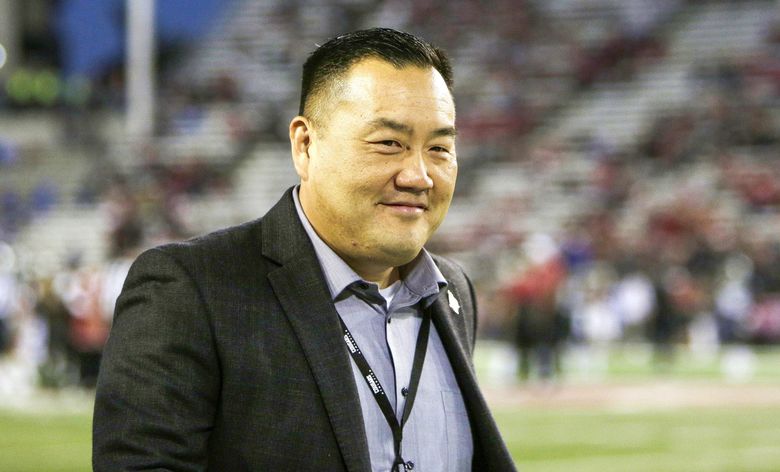 WSU: We mentioned Colton’s story above. And we linked it there. But we also have a link here so you don’t miss it. … Speaking of linked stories, a few days ago we shared a New York Times story on Henry Rono. The S-R ran it this morning. … Elsewhere in the Pac-12 and college football, Jon Wilner delves into other aspects of realignment the conference is dealing with in his Mercury News column. … San Diego State may be the one school the conference has to add if it expands. … The boundaries are changing in college athletics. … Gonzaga Prep graduate Devin Culp, now at Washington, was named to the John Mackey Award watch list this week. … The offensive line at Colorado has a renewed sense of energy. … The series between Arizona and Duke is a big deal for Wildcat basketball.

EWU and Idaho: The Big Sky Conference welcomed its first Hall of Fame class last night during a banquet in Spokane. Dan Thompson was there. He has this story. … Around the Big Sky, Northern Arizona has a new defensive line coach.

Indians: The rare three-game series is tied at a game apiece now, as Mike Ruff shut down Vancouver and Spokane won 11-2. Dave Nichols was at Avista Stadium and has this story. 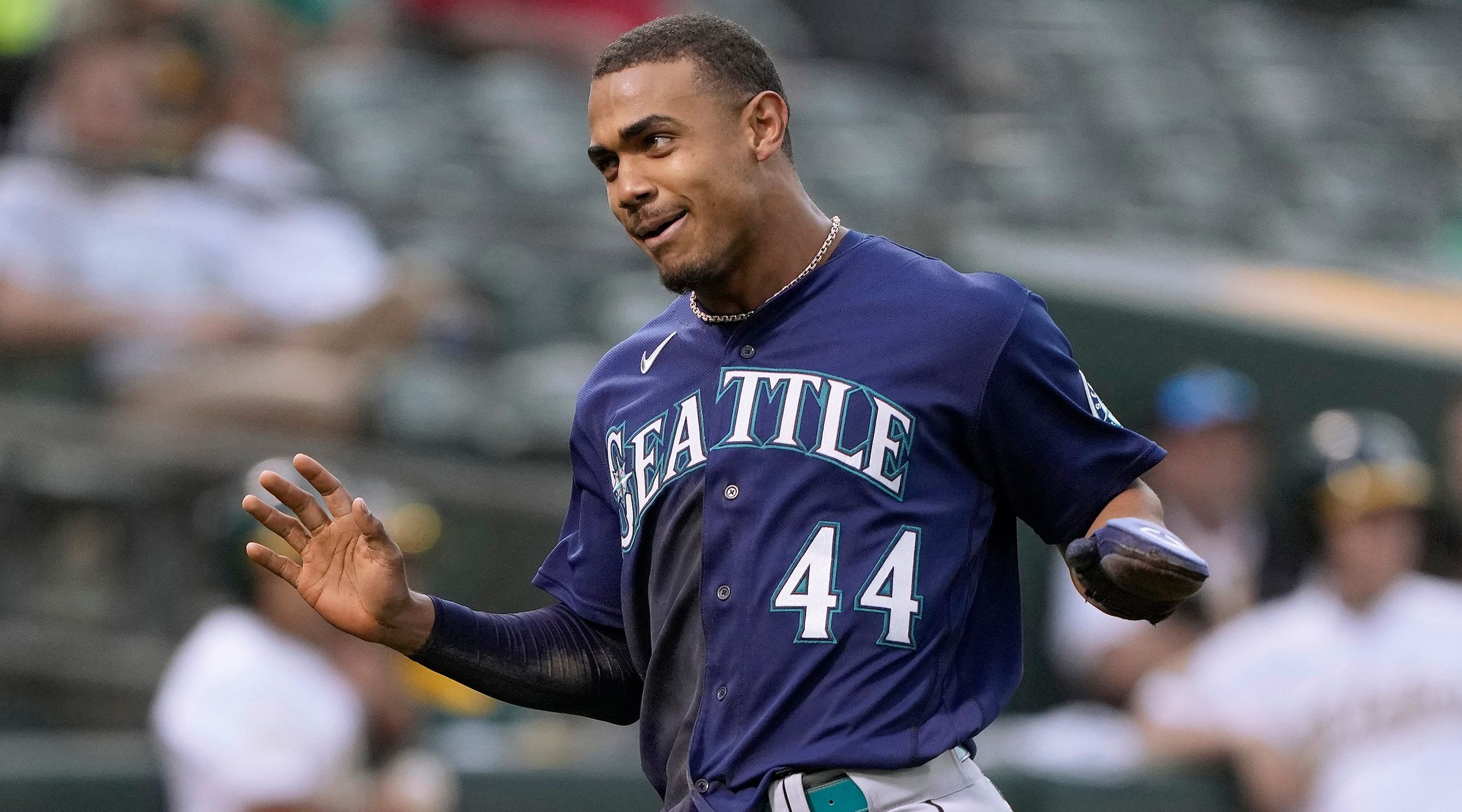 Mariners: We’re pretty sure there is a cause and effect here, though how great of one we can’t determine. Julio Rodriguez missed his second consecutive game with a sore wrist and the M’s lost to the Astros again, 3-1. Justin Verlander had a huge impact on the latter, that’s for sure.

Seahawks: We’ve been passing along the Seattle Times’ rankings of the Hawk players. Today, we can give you 50-31 as they appeared in the S-R this morning.

Storm: The schedule doesn’t slow any for Seattle. The Storm players have to put their most recent loss in the rearview mirror as they host Atlanta this afternoon.

Sounders: The three-match losing streak is over, though not without some anxious moments. Seattle topped visiting Colorado 2-1 as Jordan Morris and Nicolas Lodeiro led a comeback effort.

• Once more we want to remind you that you will have to start your work week without us. We will be traveling back to God’s country from Sin City in the morning, so a column will be out of the questions. Unless we get stuck in the Las Vegas airport and decide not put our change into the slot machines. Until later …