A GRIP ON SPORTS • Where were we? Oh, yes. Realizing we’re not at all ready for football season to begin. But there is no stopping the inevitable. At least it should tamp down the embers of conference realignment, right? Hey, quit laughing.

• The next few days, what with the Big Ten – which began today – and Pac-12 media days coming up, are going to be a roaring inferno of realignment talk. Every coach, from Rutgers’ Greg Schiano to UCLA’s Chip Kelly, from Minnesota’s P.J. Fleck, to Washington State’s Jake Dickert, are going to be asked the “what’s next” question.

Here’s the honest truth. They don’t know. Any more than anyone else. What is probable today becomes improbable tomorrow. More importantly, what is impossible tonight becomes quite possible an hour later.

But that’s not going to stop the questions. Nor the speculation. Nor, thankfully, the ongoing march toward the field.

The NFL kicks it off. The training camps are just around the bend. The heat of August is the key. Once it was considered crucial for getting the players, who worked the offseason selling cars or delivering milk, back into football shape. Now it is considered more of a hindrance, limiting the amount of time the never-out-of-shape athletes can rep individual fundamentals and team concepts over the course of a day.

Colleges, who, in simpler times used to wait until the harvest was in, aren’t too far behind. But before the coaches can reap what was sown in the spring, they have to fertilize the notebooks and video vaults of the nation’s media. Their most common themes?

“This is the best offseason we’ve ever had.”

“He’s in better shape than he’s ever been.”

“The strength gains have been tremendous.”

“Our staff is the best we’ve ever had.”

“The chemistry in the locker room is fantastic.”

“We won’t even be able to beat Whatsamatta U.”

OK, that last one was just thrown in for fun. Or maybe it’s a direct quote from Nick Saban prior to another 12-0 regular season. You decide. We tuned out a long time ago.

Not that there aren’t reasons to attend a conference’s media day. The Big Sky held its get-together Monday in Spokane. Those in attendance learned some things about each school.

But mainly the events are about hype.

It’s why a lot of schools don’t send their most talented athletes. They often pick at least one representative based more on their skill at articulating the school’s message than their ability to run, throw or tackle. 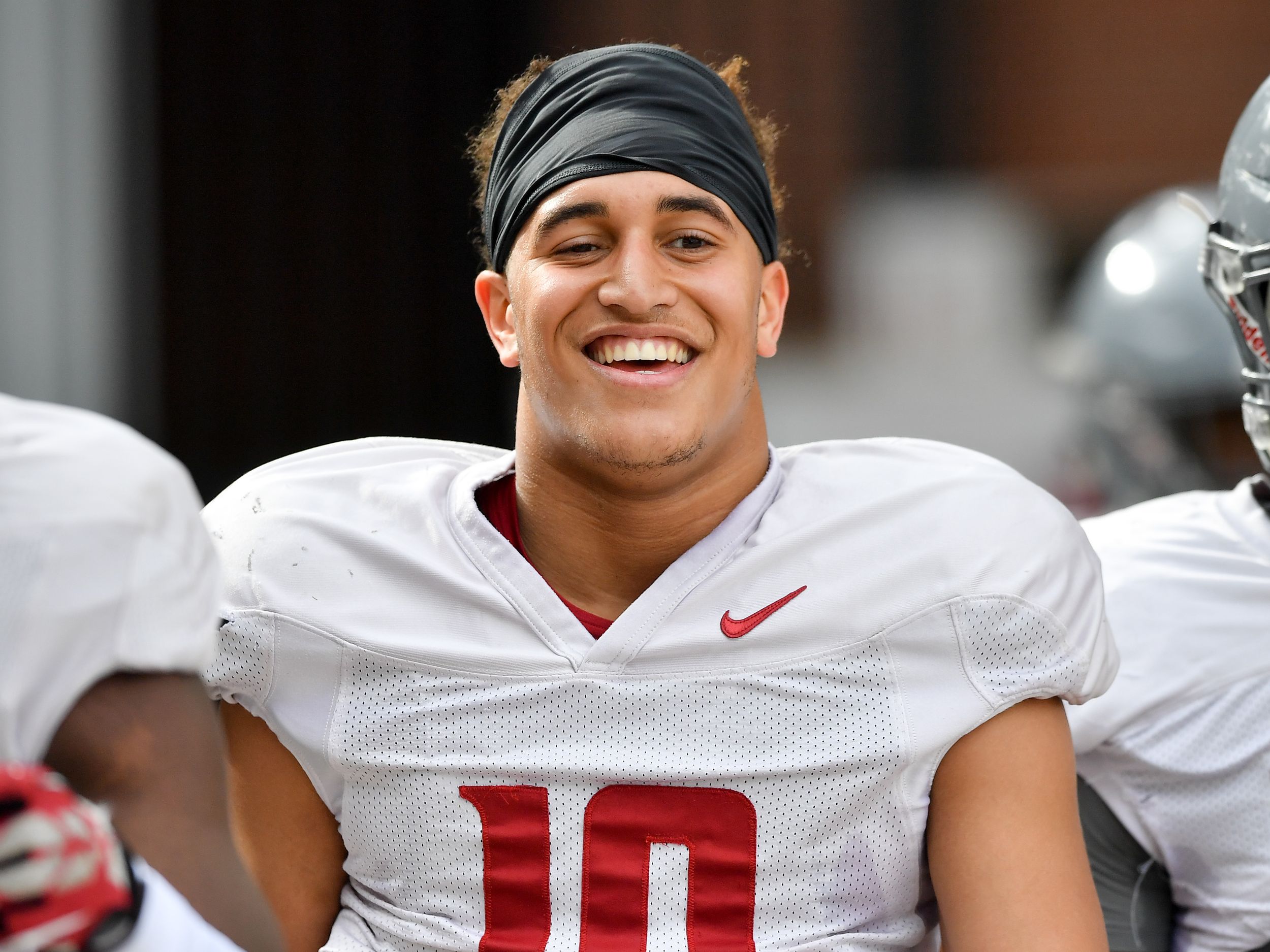 Again, no complaints here. We depended on interesting athletes to make a living for years. The better the players are at both, though, the more relevant what they have to say becomes. In that regard, Washington State’s contingent at Friday’s Pac-12 media day is perfect.

Edge rusher Ron Stone Jr.  is not only one of the best at that skill in the conference, he is also an intelligent, articulate representation of the modern college football player. Plus, just enough of a live wire to inject some electricity into the event.

He’ll be joined by transfer quarterback Cameron Ward, the unknown element in this year’s Cougar offense. And we’re not just talking about his ability, yet to be tested at college football’s Power 5 level. His story as an under-recruited high school player turned FCS star turned WSU savior will be broadcast throughout the football universe.

Nothing can stop it. It’s that time of year. WSU: Of course, Colton Clark has a story this morning about the Cougars’ Pac-12 media day representatives, which were announced officially Monday. And, of course, we linked it above (and here). … Washington State’s rowing coach is playing a role for a younger Canadian national team. That news leads off the S-R’s most-recent local briefs column. … Elsewhere in the Pac-12 and college football, the new narrative concerning the Pac-12 and Big 12 concerns value. And how the 10 remaining Pac-12 members have more for the media giants than the Big 12’s holdovers. … The veteran leaders at Arizona State are speaking out. … We can pass along looks at Colorado’s defensive line and linebackers. … Utah’s success has fueled its recruiting. … In basketball news, Arizona’s Tommy Lloyd has another European player who is impressive playing for France. We’ve heard of that happening before. Gonzaga: The tournament of the Thanksgiving holiday weekend? That would be the PK85 in Portland. The schedule was released Monday and GU will open with Portland State. Theo Lawson takes you through the entire bracket in this story. … Theo also has a story on the Zags remaining in the Xavier Booker race. … Jim Meehan had a story Monday on new contracts for older Bulldog alums. … Back to the PK85 tournament, we can pass along stories not only on the men’s part of it but from the women’s side as well. 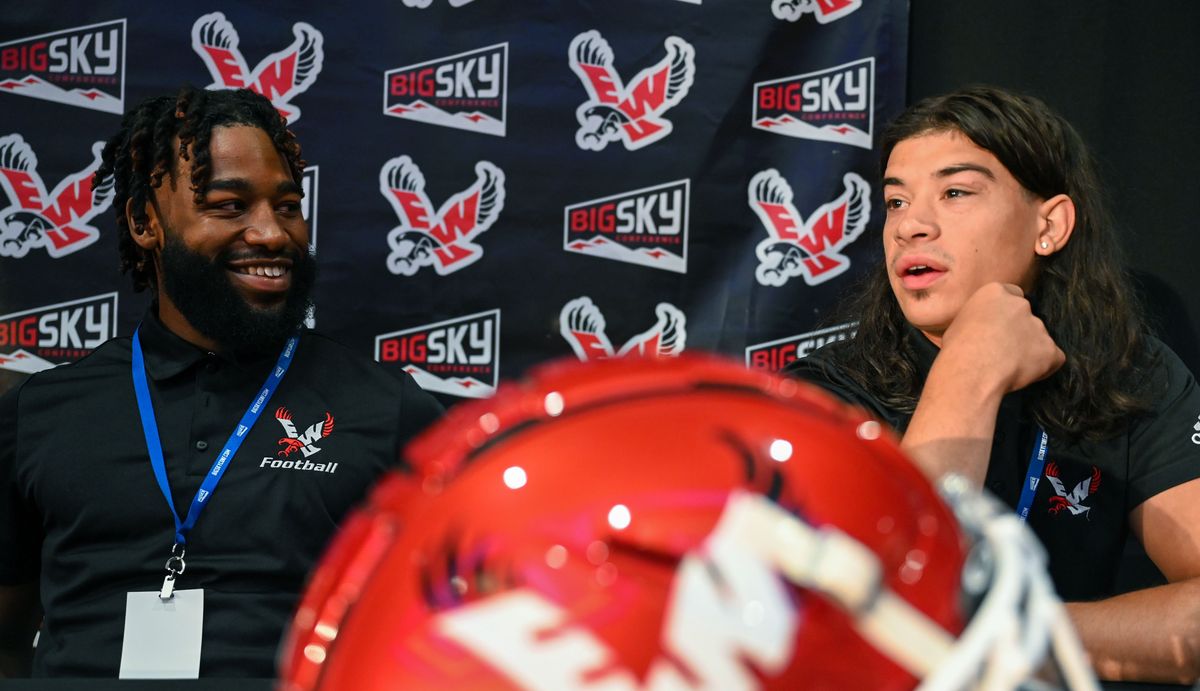 EWU: As we mentioned above, the Big Sky held its annual media day in Spokane yesterday. Dan Thompson was there and he has this story on how realignment is impacting the conference. Spoiler alert: not much. Yet. … Dan also has a notebook that includes the preseason polls and all-conference performers. … Dan Pelle documents the event with this photo gallery. … Elsewhere in the Big Sky, we can offer stories that focus on the fortunes of Montana, Montana State, Northern Colorado, Idaho State (which has a new coach) and UC Davis.

Idaho: The Vandals were represented at media day by new coach Jason Eck. Peter Harriman relays what he had to say.

Track and Field: The World Championships are over. The U.S. team set records. New Hayward Field must have some leftover magic from the old place. And, though the event might have been ignored elsewhere, it was a big deal in Eugene. 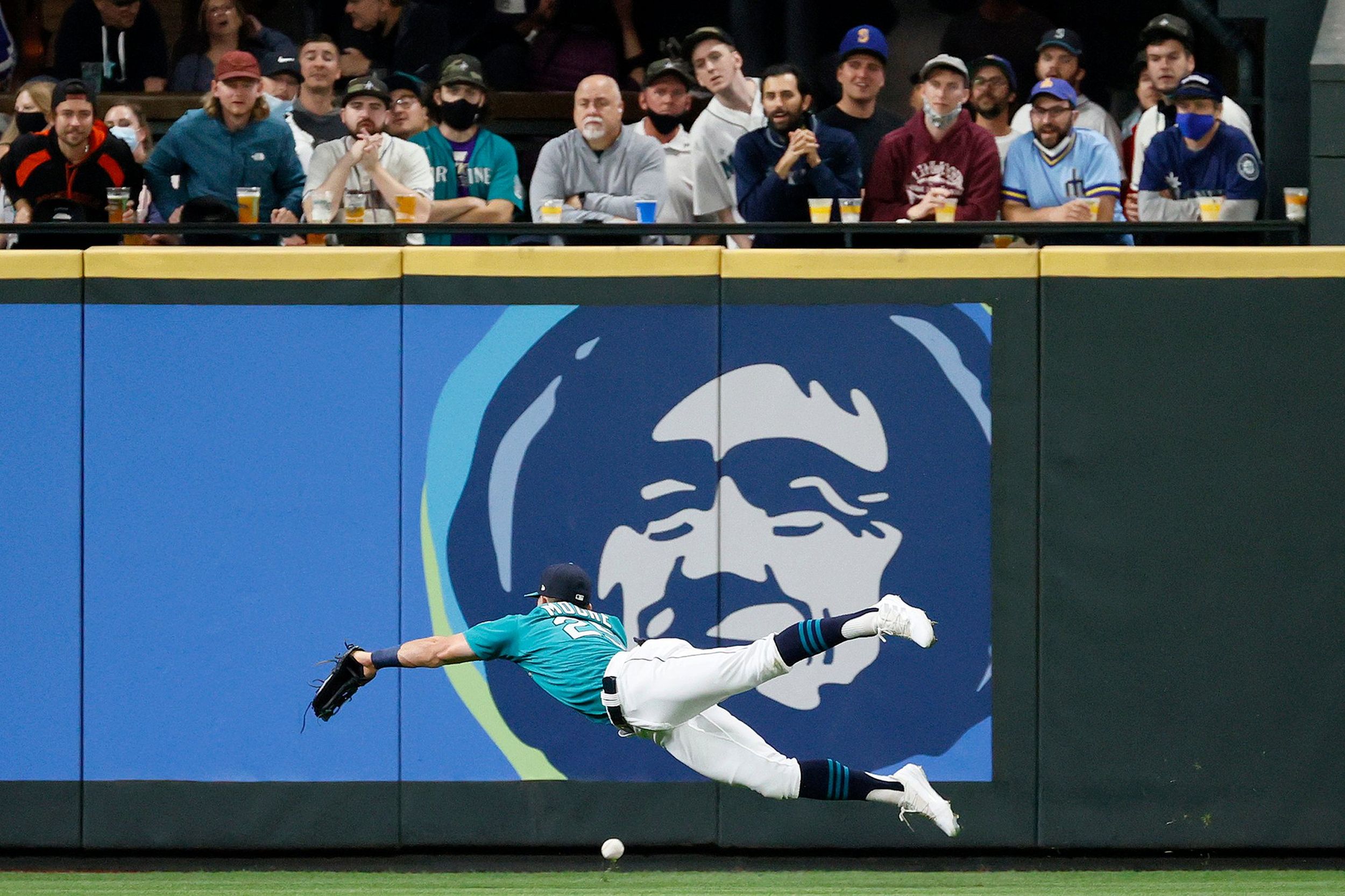 Mariners: Ty France is the only 2022 Seattle All-Star in the lineup. He played like it last night, with three hits as the M’s snapped a three-game losing streak with a 4-3 win over visiting Texas. … Jesse Winker is going to miss a bit with an ankle issue. … Should Julio Rodriguez have been in the Home Run Derby? He didn’t play again last night.

Seahawks: We missed a day, but we aren’t going to miss Bob Condotta’s countdown on the Hawks. We have Nos. 30-21 and 20-11 for you today. … Bob also answers some questions. … Yes, camp is ready to open.

• It’s good to be back in Spokane. Funny thing. After dealing with highs above 110 in Las Vegas, the 100-degree heat around here doesn’t seem as bad. The human body continues to amaze me. Until later …