A GRIP ON SPORTS • Late May, 1995. A simpler time. A time before iPhones and electric cars, before Russell Wilson and the Oklahoma City Thunder, before conference realignment and NIL. A quieter time. A time for lessons.

• A Friday night in the Kingdome. A great catch. A broken wrist. 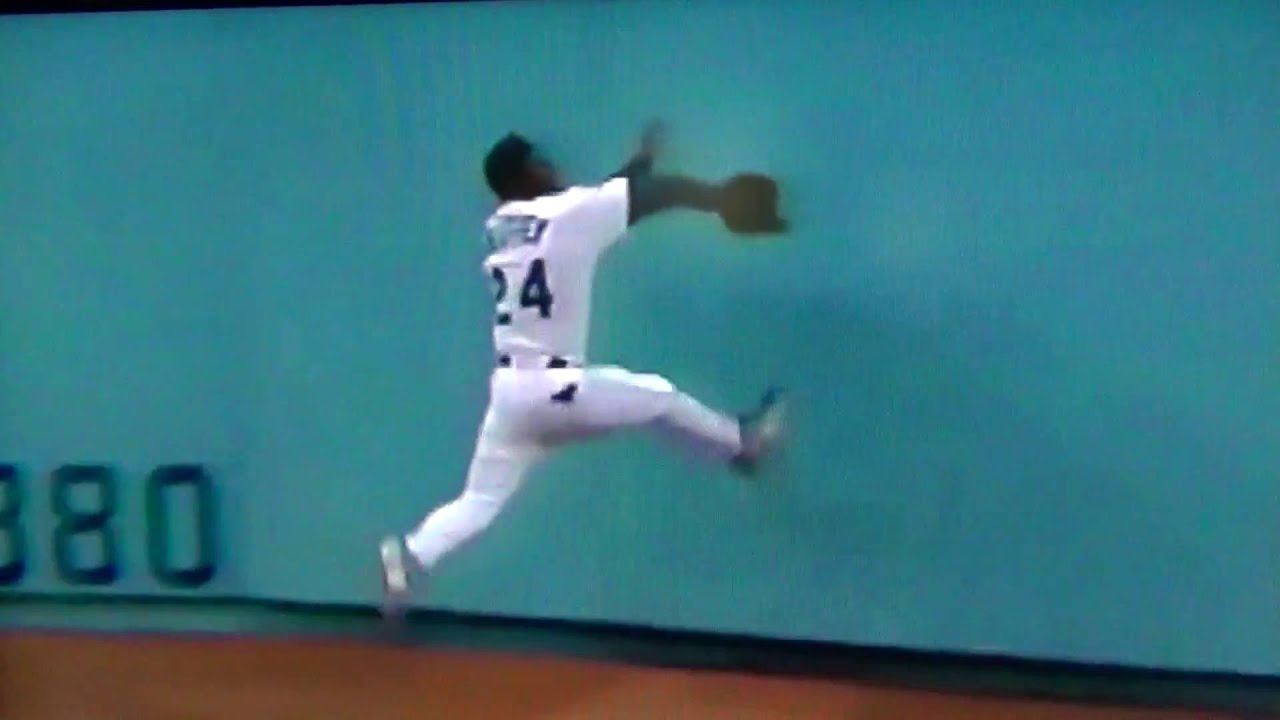 Ken Griffey Jr., the 25-year-old heart and soul of the Mariners, made an incredible grab in right-centerfield. And, seemingly, ended Seattle’s pursuit of its first postseason berth. There was no joy in Mudville that night, that’s for sure.

But there was Oct. 2, the day the M’s clinched the American League West title with a winner-take-all playoff game against the Angels. And there was Griffey, in the midst of it all.

Why this history lesson as July, 2022 comes to a close? Because of what happened last night in Houston.

Julio Rodriguez, 21-years-old and the closest thing these Mariners have to a Griffey, was struck in the right hand by a Rafael Montero fastball. He tried, but couldn’t finish the contest. X-rays were taken but no pronouncements were made on his health. However, Jarred Kelenic was removed from the Tacoma lineup and reportedly told family and friends he was headed to join the big club. 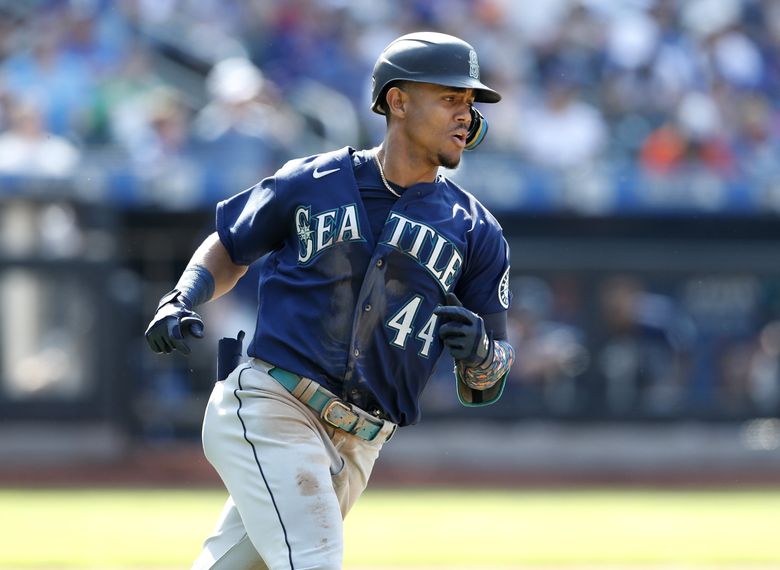 Now Kelenic is headed to centerfield in Houston. At least it seems that way. We won’t know for sure until later today.

Losing Rodriguez for any length of time will hurt. That was obvious right after the All-Star break. But if history teaches us anything, it teaches the unexpected could happen.

When Griffey went down in 1995, even Dave Niehaus had trouble staying upbeat. The playoff pursuit seemed broken as badly as Griffey’s wrist. Except it wasn’t. The M’s didn’t play all that great while Griffey was out but, when he returned in mid-August, they weren’t out of the race. And they caught on fire, even if Griffey was just average down the stretch.

Those were the days. No one can forget the stretch run. The 11 wins in 12 games, including two ninth-inning rallies, that highlighted September. By then, Griffey’s injury was a smudge on the rearview mirror.

Such may end up being the case with Rodriguez, even if the outlook is ugly today. A broken bone or two could cause him to miss August. Maybe more. Even a badly bruised hand will cost him some time. 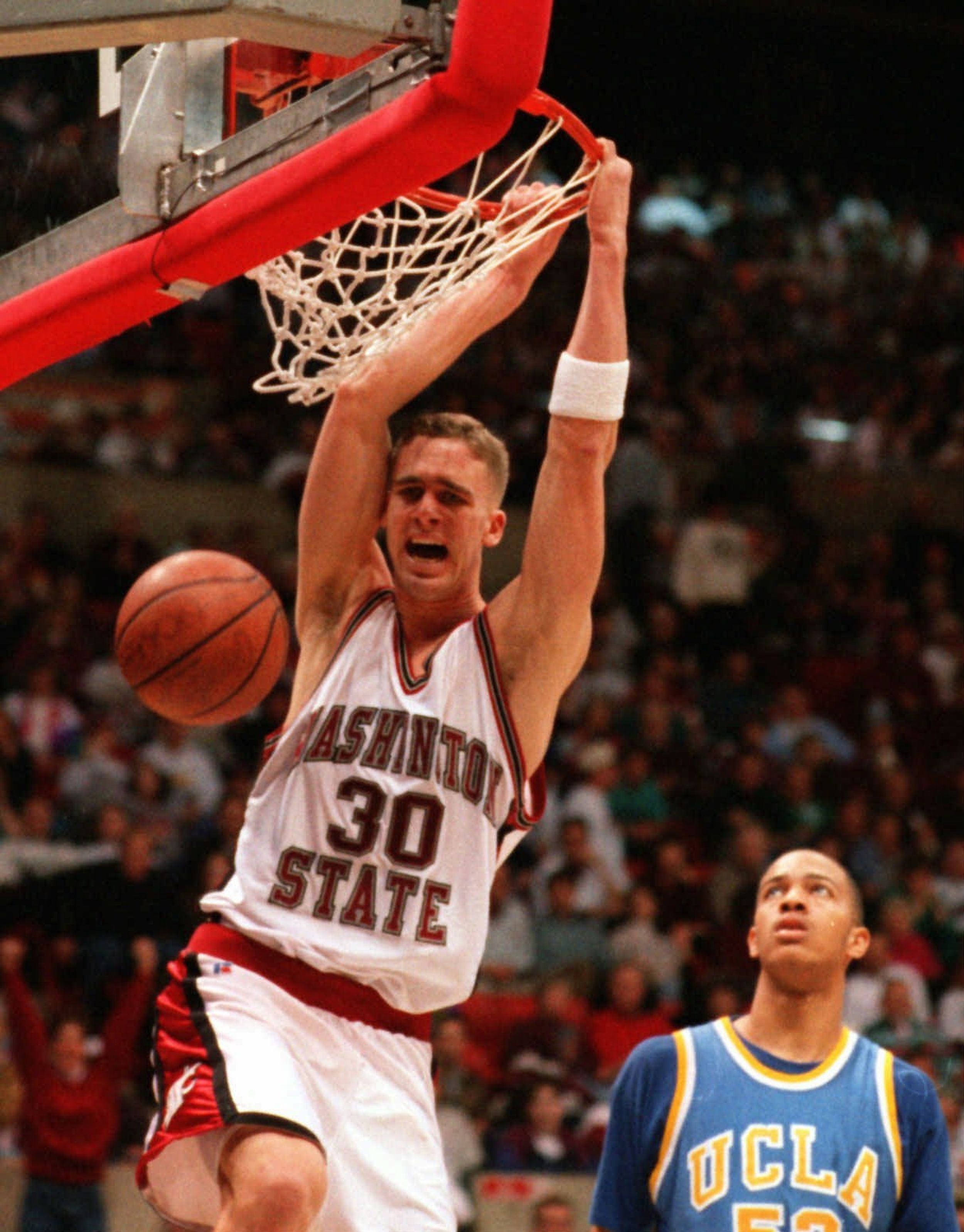 WSU: We first watched Mark Hendrickson play basketball for Mt. Vernon High even before Griffey ran into that Kingdome wall. He was something special, a lefty with a nose for rebounds and a solid mid-range jumper. He took his skills to Pullman and starred for Kelvin Sampson, Kevin Eastman and the Cougars. Then he played professionally, before moving on to pitch in the major leagues. Dave Cook caught up with Hendrickson recently, leading to this story. … Elsewhere in the Pac-12 and college football, there were lessons to be learned at the conference’s media day, even from Washington. … There will be a quarterback competition at Colorado in preseason camp. … Utah’s athletic director is out front in preaching conference unity. Makes us worried the Utes will bolt to the Big 12 this week. And, yes, in this regard we are all Negative Nancys. … The decision of USC and UCLA to bolt made an impression on the conference’s football coaches. … Who will win this fall? … In baseball news, Post Fall’s Jake Pfennigs is among eight Oregon State players who signed pro contracts. The Beavers will be rebuilding.

Gonzaga: Though the Zags missed out on Xavier Booker (he committed to Michigan State), Jim Meehan tells us they are still in the mix for Kaden Cooper, who just announced his top 10. … Chet Holmgren wowed the Seattle fans last night while playing in Jamal Crawford’s summer pro-am league.

EWU and Idaho: Around the Big Sky, the commissioner has some things to say. … Idaho State is starting over under another new football coach.

Whitworth: Around the Northwest Conference, Lewis & Clark is trying to grow its athletic department. 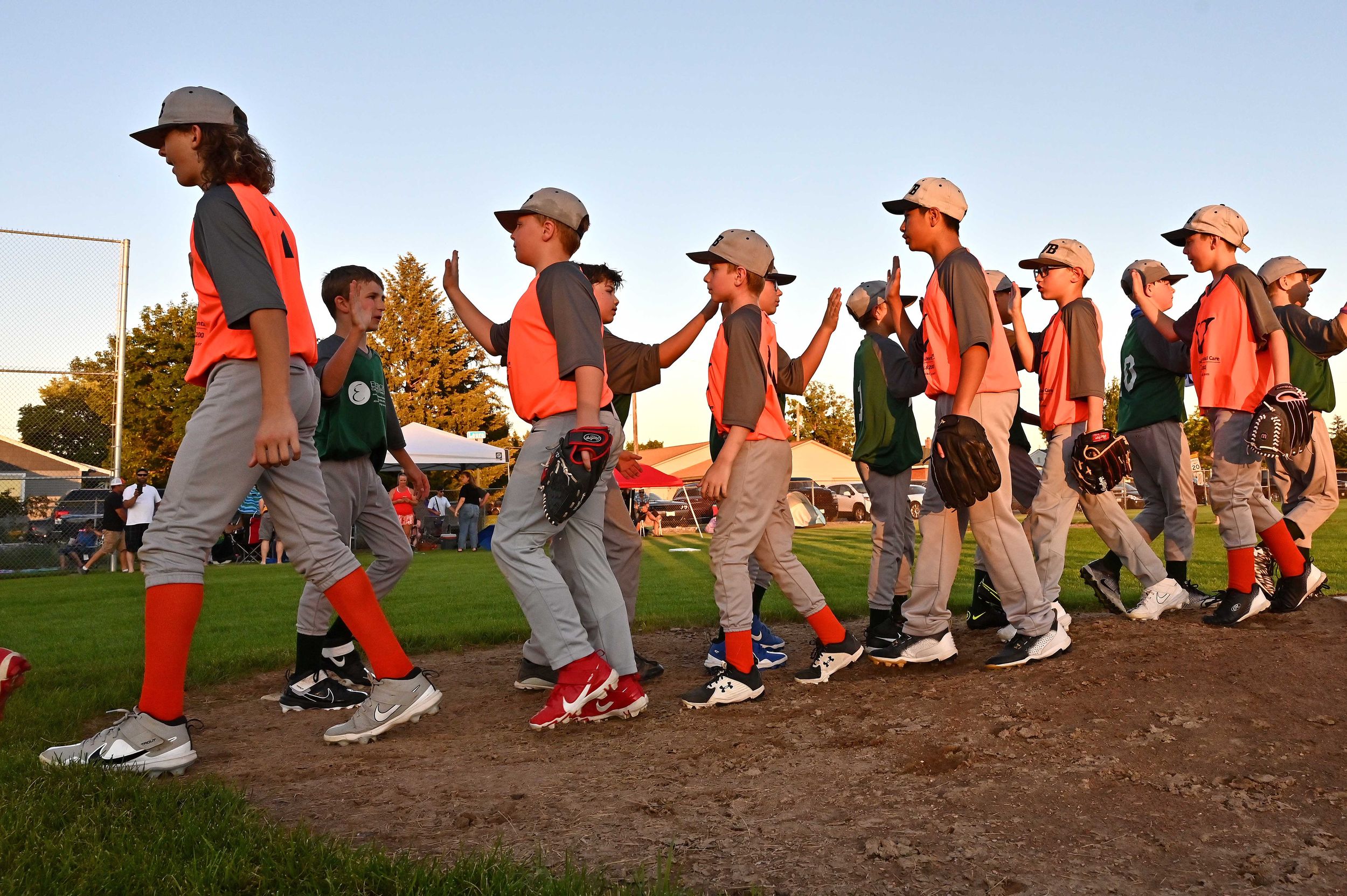 Preps: This is even younger than high school, but Treva Lind looks into the state of youth baseball in Spokane. 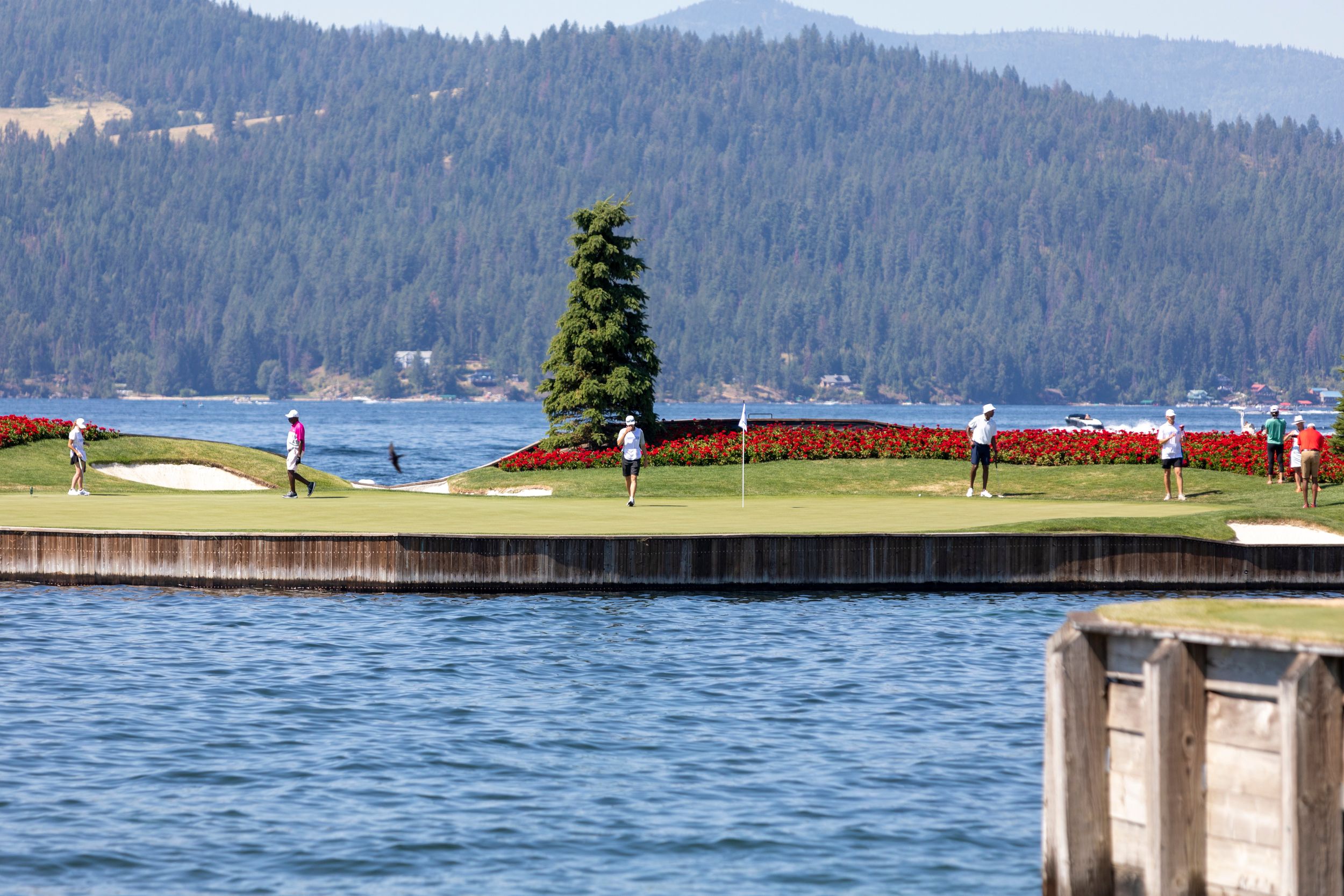 Golf: Well, according to winner Ray Whitney, the Spokane Chiefs’ legend, more than golf. Dave Nichols was at the Coeur d’Alene Resort yesterday for the final round of the Community Cancer Fund’s annual celebrity fundraiser, won by Whitney. Cheryl Nichols was also there and has these photos.

Mariners: The headline may be Rodriguez’s injury. But the subhead has to be the fact Seattle defeated the Astros in Houston, snapping a five-game losing streak to the hated rivals. And it was Abraham Toro, a former Astro, who delivered the big hit in a pinch for the injured Rodriguez. … The Mariners made the trade of the week when they picked up starting pitcher Luis Castillo. Now what will they do next, if anything, as they seek a playoff spot? … Castillo will join the team Monday in New York.

Seahawks: Training camp rolls on, with Tyler Lockett once again showing how good he is. … Jamal Adams will be back soon. He does have a broken finger though. Another defensive back, Marquise Blair, is finally healthy and ready to contribute.

Storm: Seattle will be back in the WNBA playoffs. The Storm clinched a spot with an 82-77 win at Washington. They turn around and play the Mystics again today.

• We will be here tomorrow morning. Then we’re off to the golf links. Playing north of town. It’s the sports department’s annual golf tournament, which hasn’t been around a couple years for some reason. We guarantee one thing: We will wear sunscreen and a big hat. And hit at least one ball well. After that, it’s anyone’s guess. Until later …