A GRIP ON SPORTS • It’s a rare Friday when just about everything available to view over the weekend harkens back to news that occurred Thursday. But that’s where we are today.

• We start in Seattle. Or in Connecticut, whichever you prefer. The Storm plays in that New England state this evening, in a WNBA game broadcast on CBS Sports (4 p.m. PDT). In a vacuum, the game would be just another in a series of Storm contests as they seek another title. But after what happened Thursday, the game takes on added meaning. 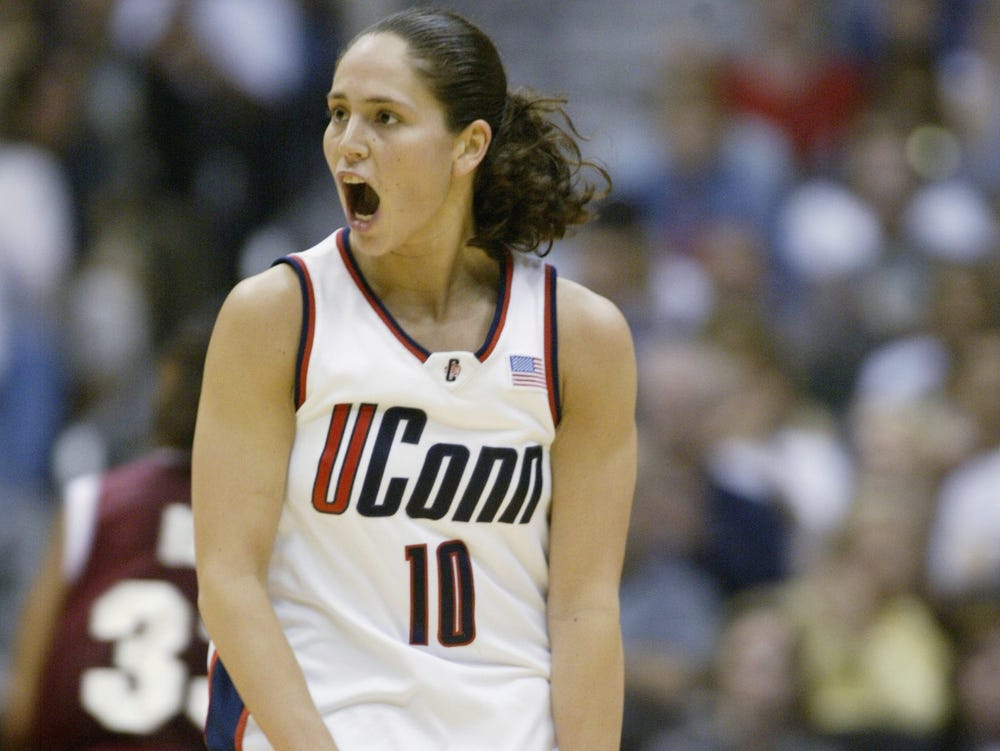 Soon-to-be Hall of Famer Sue Bird picked the appropriate day to announce this WNBA season, her 19th, will be her last. Appropriate not because Bird, 41, is slowing down – she is but is still pretty darn good – but because of where the Storm plays today.

Like many other WNBA stars, Bird played her college basketball at the University of Connecticut, helping the Huskies win two NCAA titles before launching a pro career that has resulted in four WNBA championships with Seattle as well as five Olympic gold medals.

She is a winner and the winning began in Storrs, just up the road from where today’s game will be played. But her life began in Syosset, New York, some 30 minutes from where her and the Storm will play Sunday morning (9 a.m., ESPN) against the New York Liberty.

She looked at the road trip, saw the destinations and decided it was an appropriate time to announce her decision. Like most everything she’s done on the court, her timing is perfect. 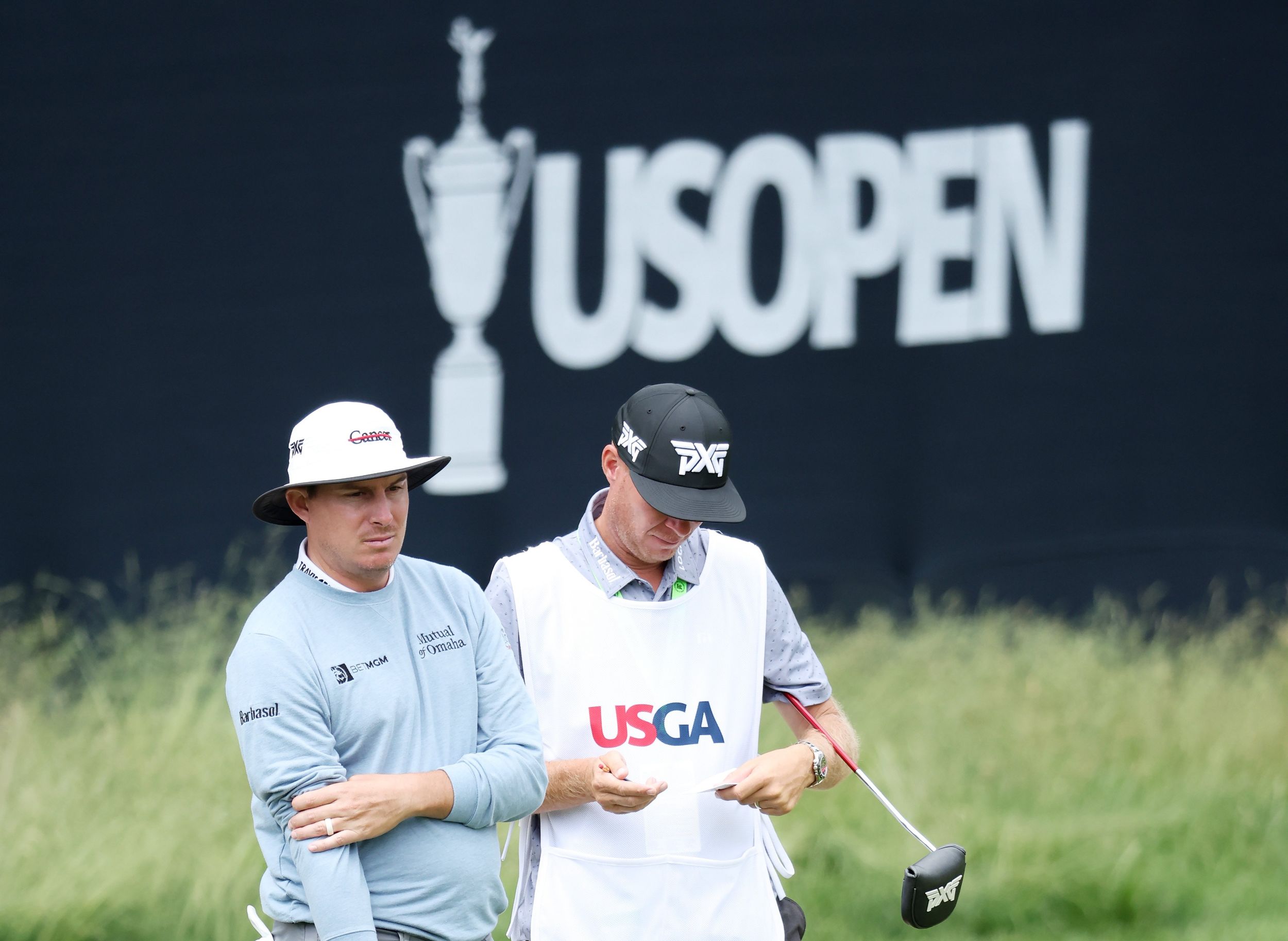 So was that of Joel Dahmen yesterday, although we didn’t see much of it. The Clarkston native, who played his college golf at the University of Washington, birdied three of his final five holes Thursday en route to a 3-under 67 in the U.S. Open’s first round. That was good enough to put him on the first page of the leaderboard, tied for second with Rory McIlroy and a handful of others.

U.S. Open coverage will be all over your TV this weekend, everywhere, it seems except the Golf Channel. Which is really odd considering NBC, which has the rights, owns the only channel devoted to 24/7 golf coverage. Instead, the guys at 30 Rock decided to stream part of the coverage on Peacock and put the early parts of rounds on USA.

Saturday and Father’s Day, NBC will begin coverage from the Boston area at 9 a.m. our time.

With the NBA out of the way – the Golden State Warriors were also in Boston on Thursday, clinching their fourth title since 2015 with a 103-90 win over the Celtics, keyed by MVP Steph Curry – the NHL has the championship stage all to itself. In late June, sure, but there is no competition.

There is just one game this weekend, Saturday night on ABC, starting at 5. The Tampa Bay Lightning will try to even the series in Colorado.

If soccer is your thing, you probably know already Seattle was one of 11 U.S. cities chosen to host a 2026 World Cup match or two. The Sounders, who had a huge role in that selection, play at home Saturday as well, with their noon match against Los Angeles on ABC. 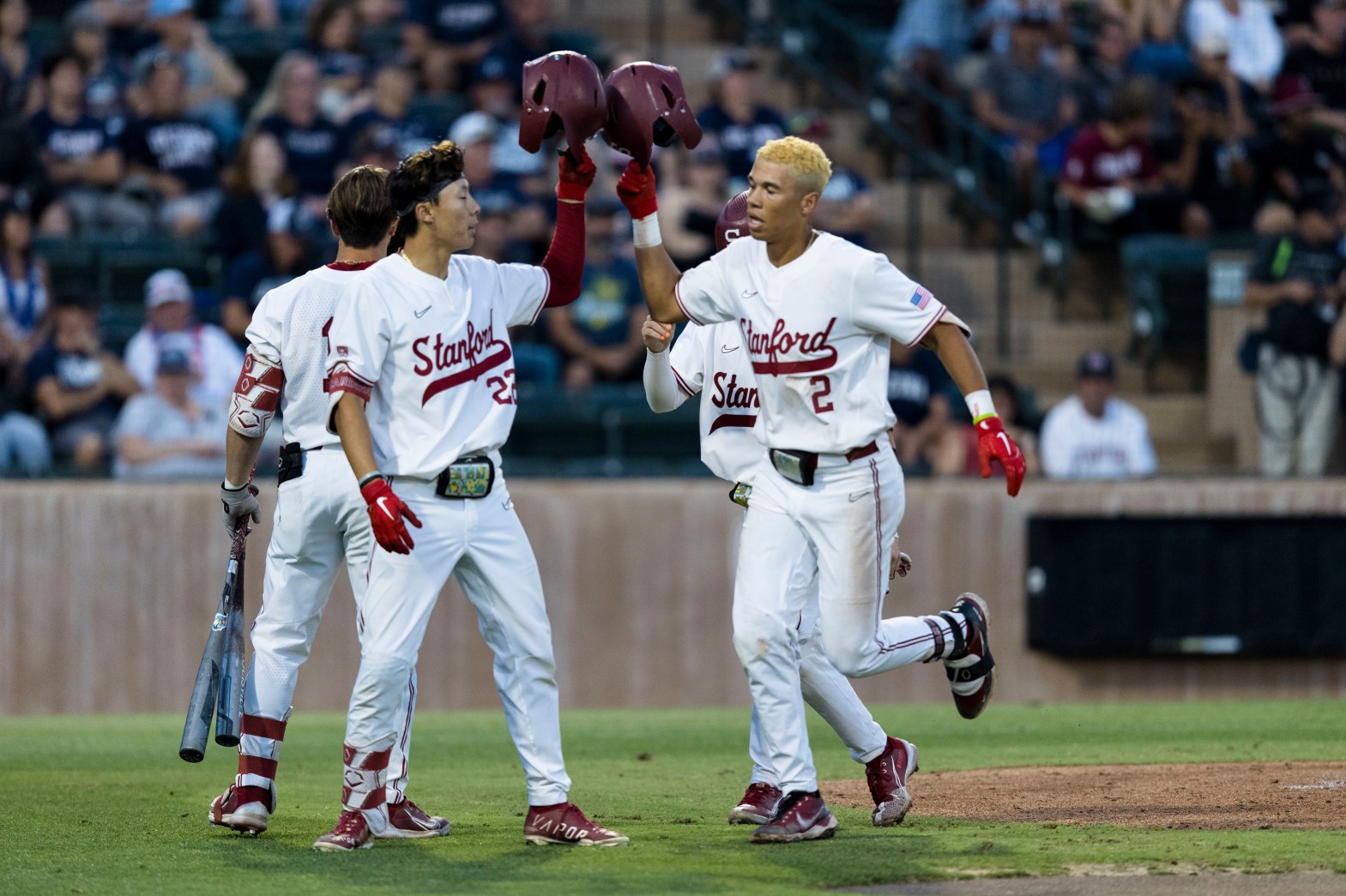 WSU: Around the Pac-12 and college sports, what is the conference looking for in its next media negotiations? Money, and lots of it of course. But as Jon Wilner relays in the Mercury News today, a more fan-friendly experience would be welcomed as well. … Stanford is conference’s only representative at the college World Series. The Cardinal are best at what everyone else is best at: hitting home runs. … In football news, the change in yearly scholarship limits is something Oregon embraces. … The NCAA is contemplating a transfer window to streamline what has become a long process. The Ducks support that as well. … Arizona State isn’t getting much in the way of respect as we head into the next season. … On the basketball front, Colorado’s Tad Boyle has been busy. … So has Utah’s Craig Smith, though his duties have been quite a bit different. 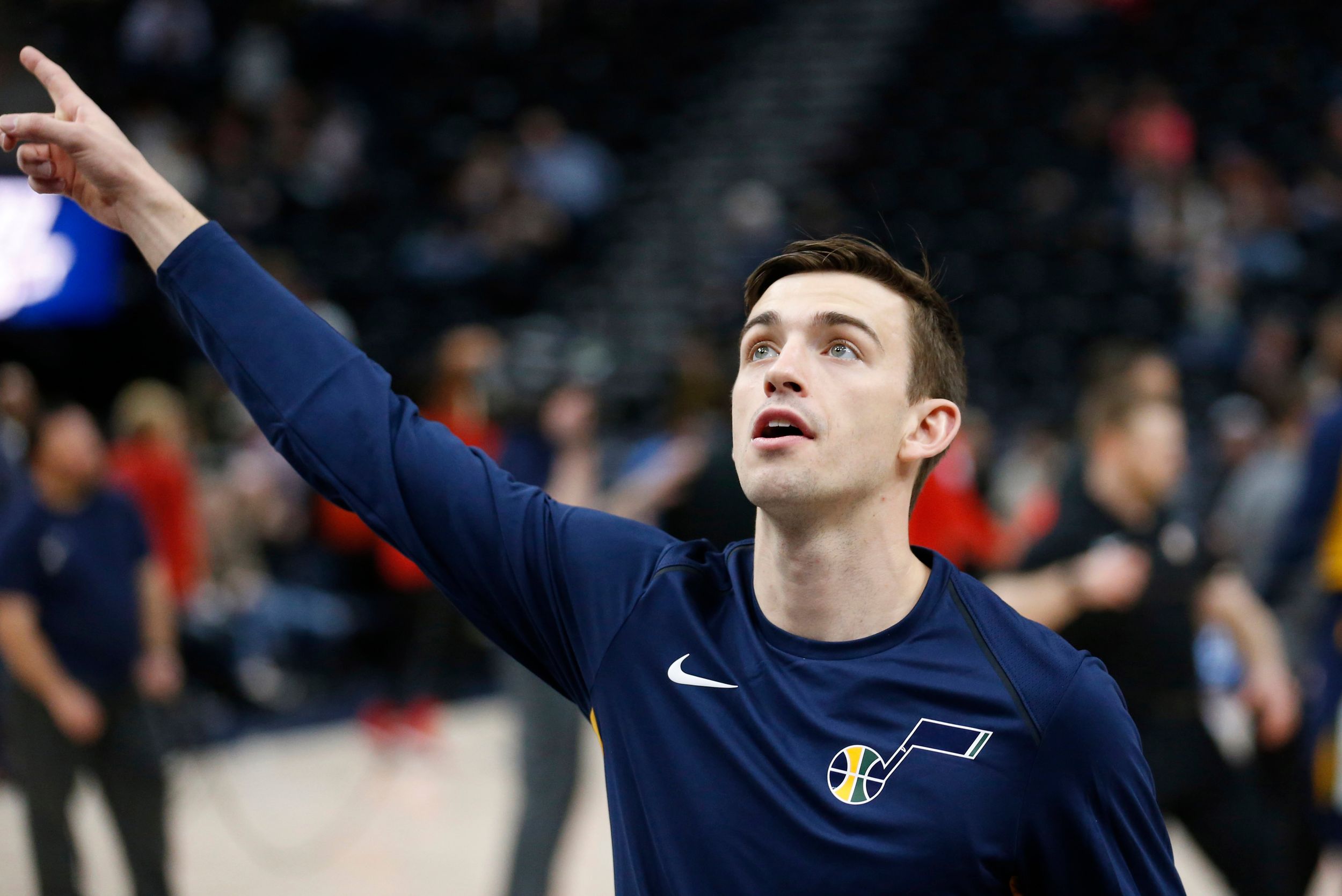 Gonzaga: David Stockton will represent his country once again this summer in two FIBA World Cup qualifiers. Jim Meehan has the story.

EWU and Idaho: Around the Big Sky, Weber State is going to continue to play Southern Utah in football for the next six years. … UC Davis will have new turf in place for the upcoming season. … Northern Arizona has a new recruiting coordinator in place already.

Preps: Dave Nichols continues his award stories, heading over to North Idaho this morning for a story on the top athletes in the area. … Lake City High is one of the schools competing in a prestigious basketball tournament in the Phoenix area this weekend.

Indians: The offense cooled down last night as Hillsboro topped Spokane 4-2. Dave was at Avista and has this coverage. 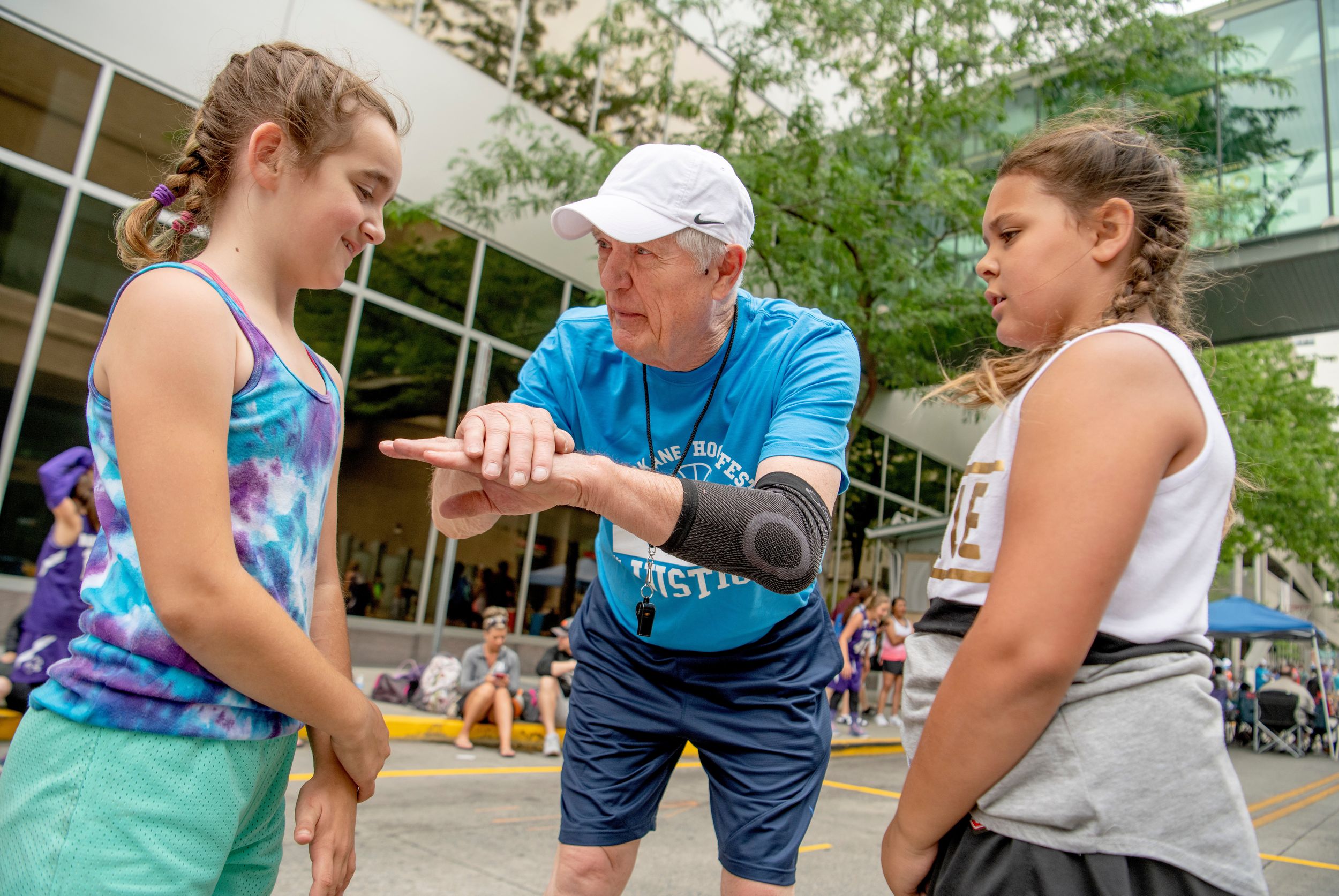 Hoopfest: The 3-on-3 tournament is back after its two-year pandemic break. And organizers have a need for more court monitors. Garrett Cabeza talked with Chad Smith, who is looking for as many more folks as he can find.

Seahawks: The offensive line is a question mark, even after the Hawks’ OTAs finished. … The newest head of the Seattle defense has a Ph.D in education. Mariners: The offense is still a problem. So is Mike Trout. He hit two, two-run home runs – numbers 48 and 49 against the M’s, 30 of those coming in T-Mobile – and the Angels won the series opener 4-1. … Jesse Winker was supposed to help but he hasn’t much. Still, the M’s signed him to a new contract that gets them through next season.

Storm: Bird’s decision wasn’t a surprise. Her career has been exceptional but time always wins out.

Golf: We mentioned we didn’t see much of the always-humble (and self-aware) Dahmen’s outstanding round Thursday. Not because we didn’t watch golf. We did. But NBC just doesn’t show all that many shots – its coverage is awful – and seemed to ignore Dahmen. It’s not like he’s going to take his shirt off or anything. Jim Meehan has this story on Dahmen’s day.

• It will be a busy weekend for us. But we are planning to be here both days. And Sunday we will have some thoughts on Father’s Day. Maybe we’ll focus on our dad. Maybe on being a dad. We haven’t decided yet. Until later …