A GRIP ON SPORTS • This is the tale of two statues. One in Seattle, one in Los Angeles. And the tie that binds fathers with their children.

• The Los Angeles Dodgers revealed a statue of Sandy Koufax yesterday, just outside the gates of Dodger Stadium. It shows the lefthander rocking back, ready to deliver another unhittable breaking ball to the plate. 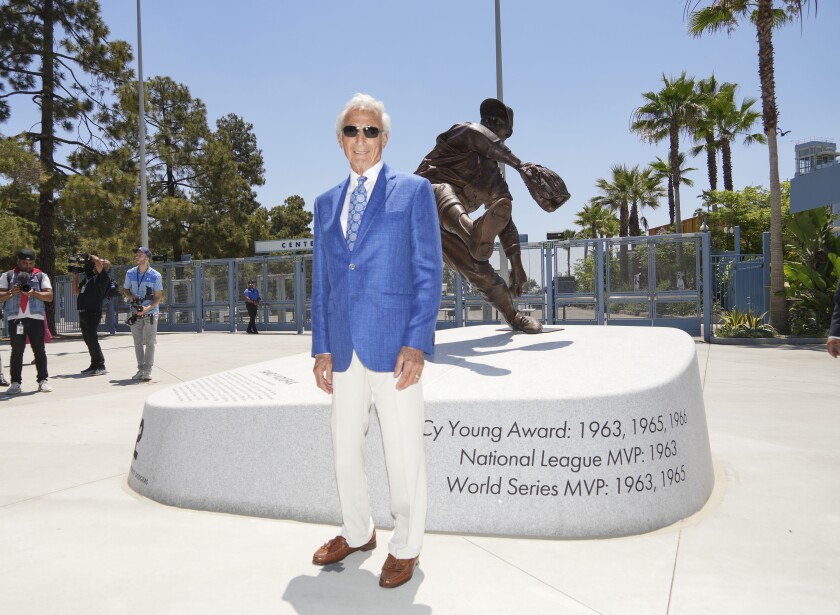 My first thought? My dad would have loved it. Though we’re sure his first comment would have been something about an unmovable object is a perfect metaphor for the nearby parking lots.

My father’s personality was never more perfectly revealed than when we were trying to navigate the mass of cars that filled those spaces back in the 1960s. And by “personality,” we mean ability to string together cuss words.

Father/son bonding at its finest.

Koufax brought us together. The Dodgers over the years kept us together. And, though sometimes the words between us included profanity, they allowed us to keep talking through the years.

No matter how distant we grew, my dad and I shared a love of baseball. Shared a hate for it, when it was deserved, as well.

It’s something, unlike his hairline, that hasn’t skipped a generation.

Dad has been gone for more than a decade. But his spirit lives within this body, we’re sure. At least when it comes to baseball. Or it resides in my eldest son’s.

His love of the game is also immortalized in bronze. It sits at the corner of Edgar and Dave, just outside the entrance to T-Mobile.

The statue honoring Ken Griffey Jr. shows the Mariner superstar finishing his iconic swing, one that ruined a generation of Pacific Northwest youth. Like Koufax’s windup, Griffey’s swing was unique – and impossible to replicate. But that didn’t stop everyone, including our son, from trying.

Or from stopping whatever it he was doing to watch every time Griffey stepped to the plate. His exploits were things of legend – and conversation.

No matter how often over the years our relationship has frayed, we still can find common ground through baseball.

Funny, it’s partly because neither of us have the same reverence for the game we had for it when we were young. We see it for what it is – and always has been. A business based on a game.

It’s a topic of conversation often this time of year. Not just in our household but throughout the Northwest.

Then they’ll both laugh over the ineptitude of the Mariners’ offense.

It’s Father’s Day. Such conversations have to take place. It’s as permanent as a bronze statue. 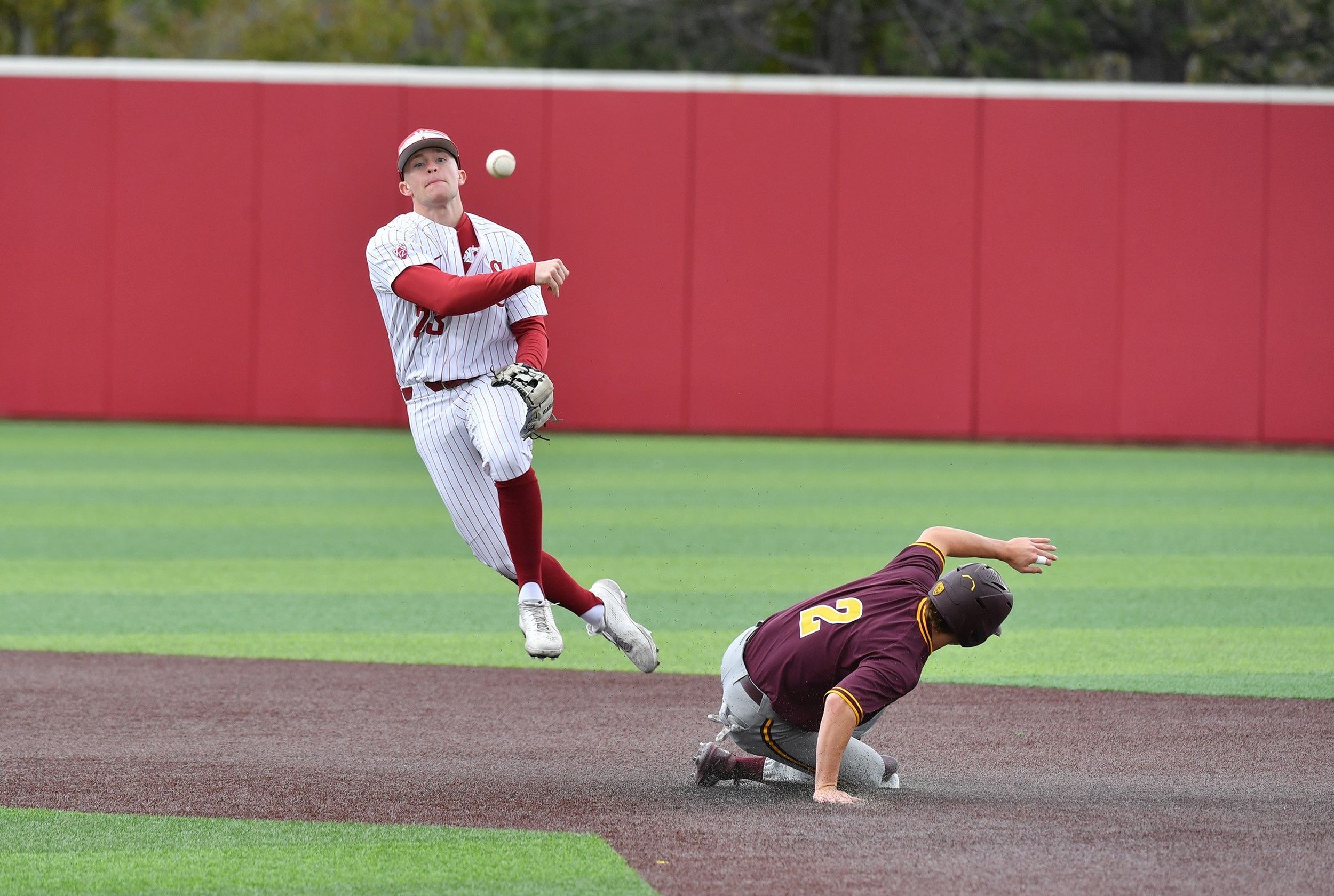 WSU: There are some comings and goings in Pullman that Colton Clark had to document this morning. Coming in is a California offensive lineman from Yuba City, as the Cougars received Noah Dunham’s commitment yesterday. Leaving? Two baseball players have decided to transfer and play elsewhere next season. … Elsewhere in the Pac-12 and college sports, Washington has a new baseball coach who happens to be a familiar face. … Stanford had some pitching worries starting the college World Series but no one knew it would be this bad. … The basketball program at Colorado is receiving some upgrades. … Once again Arizona led the Pac-12 in basketball attendance. … Utah’s four North opponents this fall includes the Cougars.

Gonzaga: Jim Meehan tapped his connections and asked a trio of professional scouts to share their thoughts on the two Zags who are sure to be drafted Thursday night, Chet Holmgren and Andrew Nembhard. 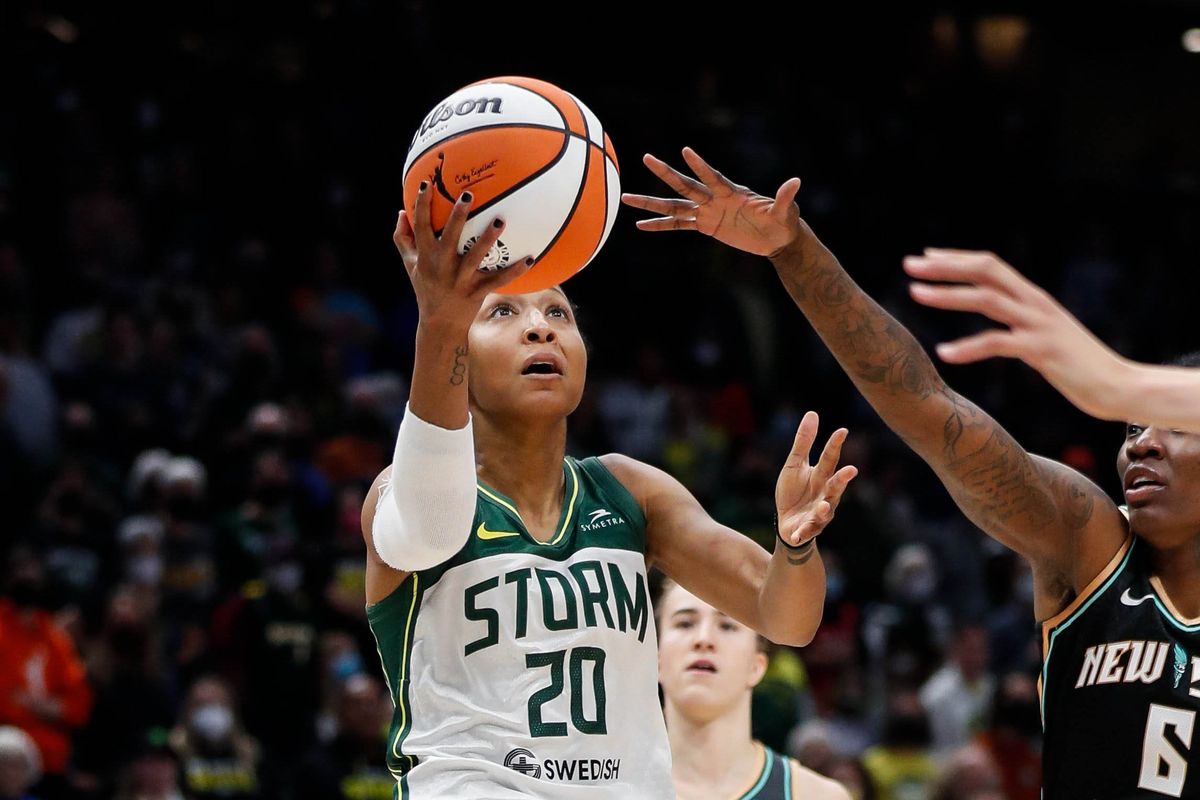 Preps: This isn’t the first story we’ve been able to pass along concerning Lewis and Clark High’s Briann January and her year with the Storm, but it is the most recent.

Indians: The Hillsboro offense had been clicking. Joe Rock changed all that. Dave Nichols has the story of Spokane’s 3-1 home victory.

Mariners: A doubleheader in which Seattle scored all of two runs? Not good. And does not portend success down the road. … Slick baseballs seem to be a problem in Seattle. Not as much of one as Mike Trout, but a problem.

Sounders: The defense was stellar for much of the match. But without much in the way of offense, the Sounders finally bent, then broke, resulting in a 1-1 draw with LAFC. 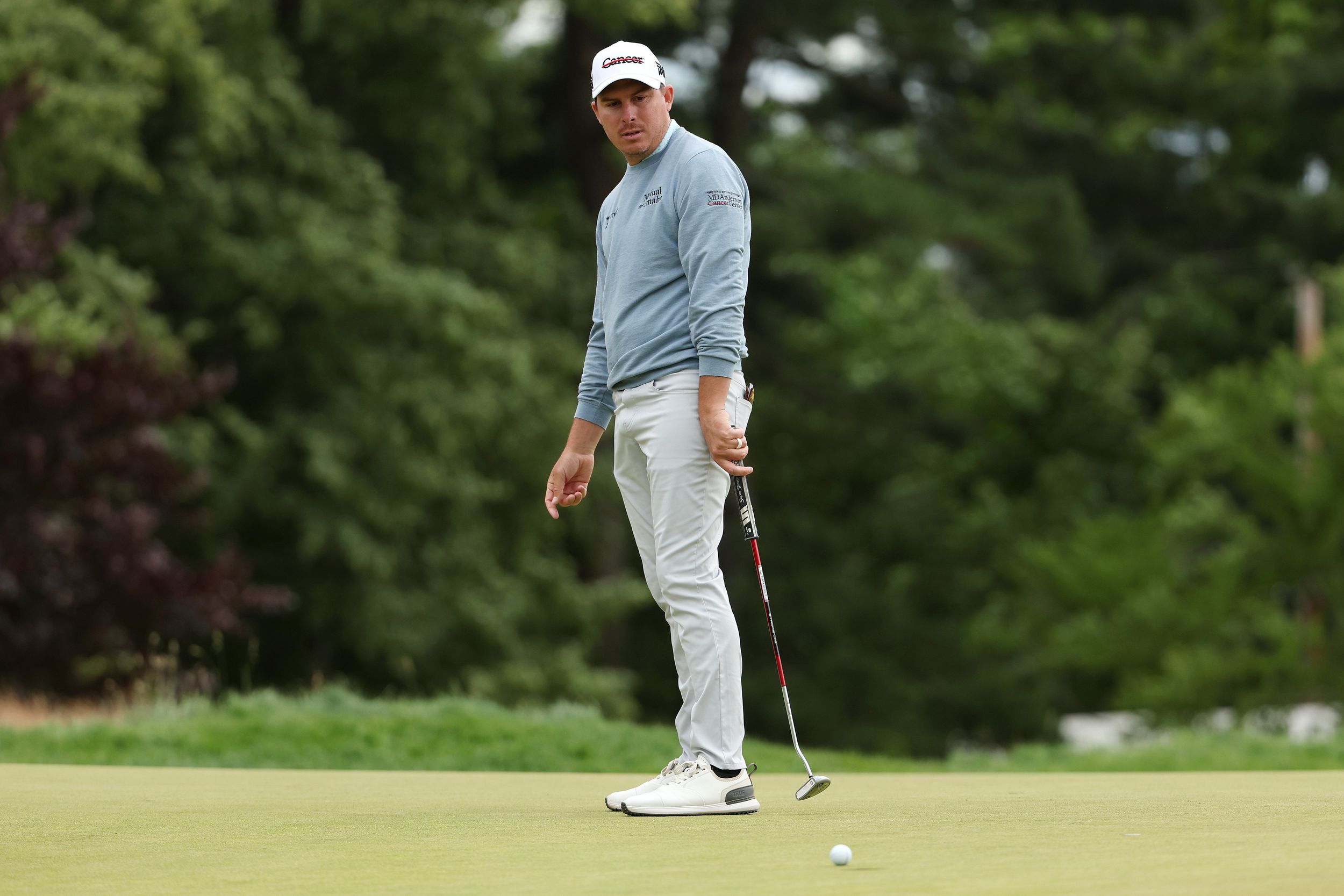 NHL: Colorado took a 2-0 lead in the Stanley Cup finals with a 7-0 rout of Tampa Bay.

Golf: Joel Dahmen had a tough start yesterday at the U.S. Open. He pulled himself together and finished with a 4-over 74. But he wasn’t alone battling the tough conditions and still is in contention. Jim Meehan covered Dahmen’s round and we have this piece on the rest of the field.

• Is it a mandate we mention every year Father’s Day began in Spokane? We think so. Enjoy it. Until later …