A GRIP ON SPORTS • A single coach. Used basketballs. Practice times contingent on if-and-when the men wanted the gym. This was college basketball for women in the late-1970s. Title IX may be 50 years old today but it wasn’t an overnight success. Or even a middle-age one.

• If you don’t know, Title IX came about as an update of The Higher Education Act. It was aimed at eliminating discrimination at colleges and universities that received federal funding. The bill, which went into effect on this date in 1972, also applied to athletics, something that was little noticed at the time. 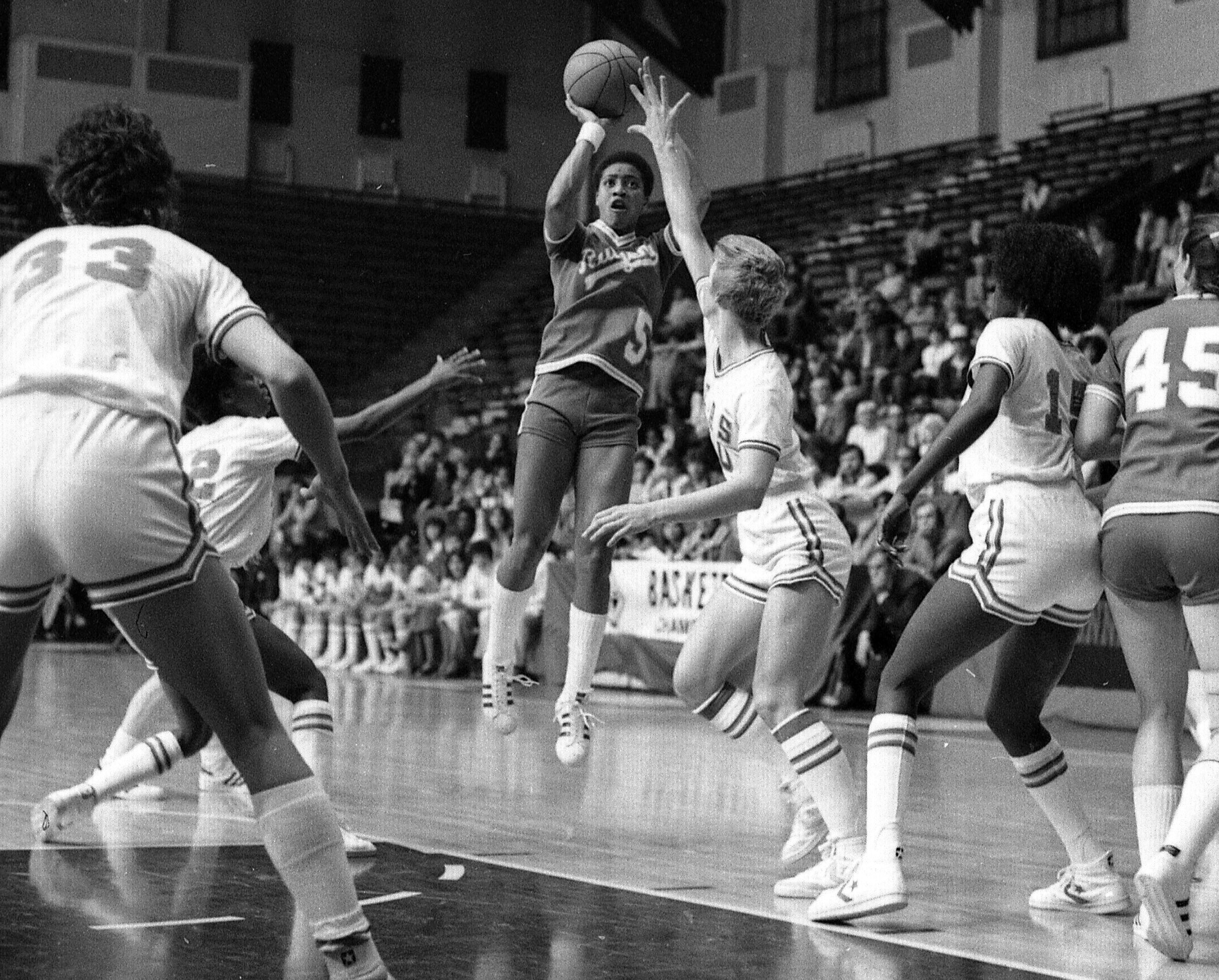 When we first sat foot on a college campus, Title IX was two years old. And its impact was still being parsed by athletic departments. The NCAA? At that point it must not have received the memo. The organization charged with overseeing college athletics ignored women – and would until the early 1980s.

In our five years spent playing or working in college sports, women were still treated as second-class citizens. In just about every way.

Kim, the woman I would soon be related to by marriage, was part of the UC Irvine basketball “program” in 1978, six years after Title IX’s passage. You may not believe this, but the head coach was also the only coach. The men’s program? They had two assistants, at least one of which was full-time.

The women’s coach, Millie Burns, asked around if anyone would be willing to help. I answered the call, finding ways to fit attending the women’s practices around my baseball schedule. It wasn’t that hard. They often had to practice at weird times because, you guessed it, the men had first dibs on Crawford Hall.

Equity? No one even thought of that word. Despite Title IX.

At least the women had decent-enough basketballs. They used the men’s hand-me-downs. They were in pretty good shape. The men bought new ones often.

The slog to what we have today took time. In the 1980s, Title IX’s impact was blunted by a Supreme Court ruling. In 1994, Congress specifically addressed athletics with the Equity in Athletics Disclosure Act, which forced schools to show how they were equalizing opportunity for women in sports. As decades passed, guidelines were developed to judge whether equal opportunity actually existed.

There is one unassailable fact concerning Title IX: Its inception jumpstarted female participation in sports. Study after study shows the number of female athletes has grown – and continues to grow – in the past 50 years. And we can all agree playing sports is good for anyone, regardless of gender.

Yes, there are Title IX critics, especially at the college level. And, as 2021’s NCAA tournament fiasco showed, there are still hurdles to overcome. But the basic idea of the educational code is appropriate, sound and easy to comply with.

Don’t ever let anyone convince you funding women’s athletics, especially at the college level, means men have to receive less. Like anything, it’s a matter of priorities. There is no way any college or university can cry poverty when football and basketball coaches are being paid multiple millions of dollars.

Title IX is a success story, sure. But not a complete one. For that, we’ll probably have to wait another 50 years. 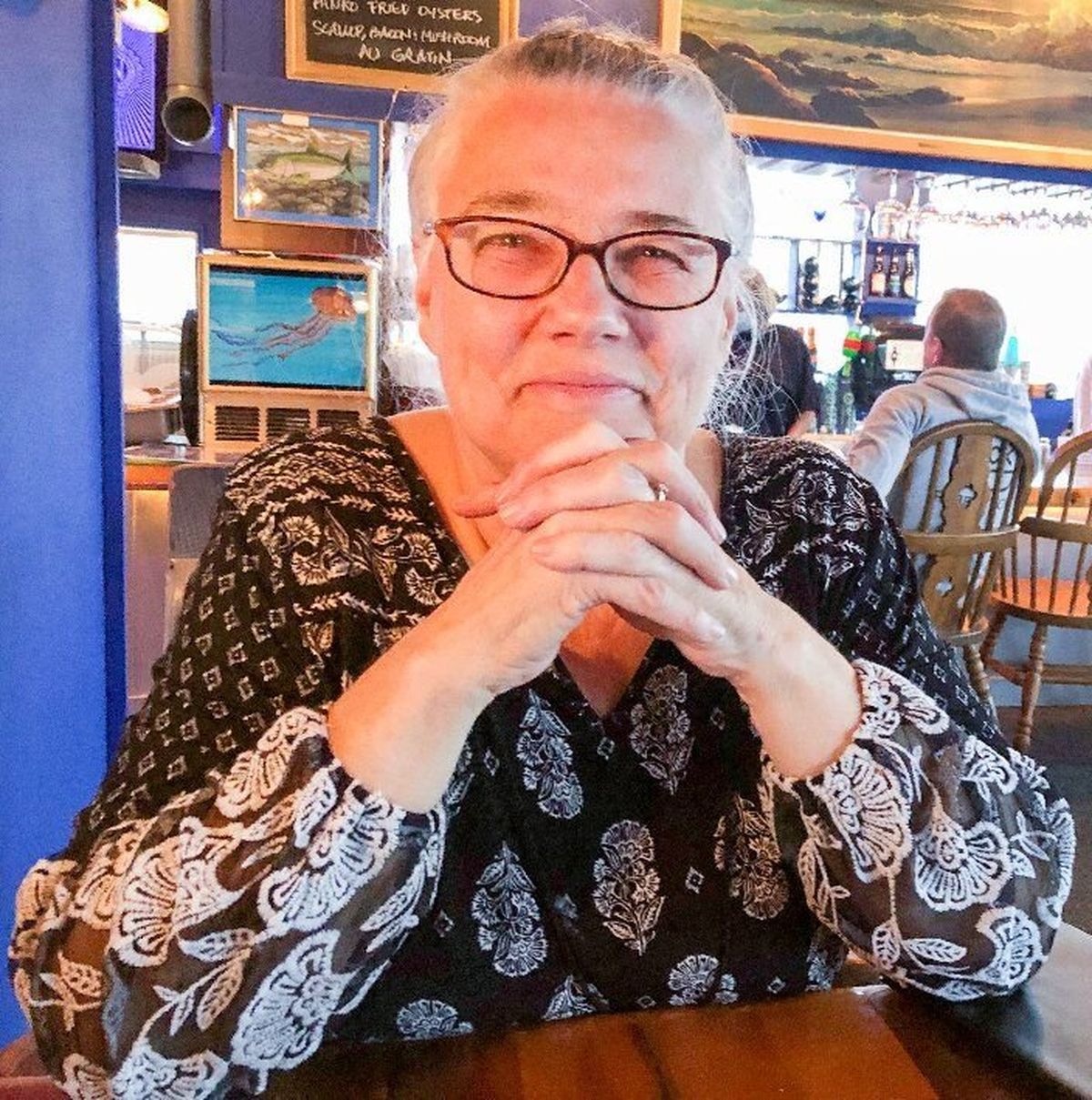 WSU: The basketball staff is in the midst of a change. Colton Clark tells us one assistant is leaving and another is returning from a year in California. … Part of the Title IX revolution, in Washington at least, began thanks to a WSU runner. Jim Allen has Karen Troianello’s story. … Elsewhere in the Pac-12 and college sports, Jon Wilner delves into Title IX in the Mercury News. … The changes being wrought by name, image and likeness rules impact the women as well. … With BYU headed to the Big 12, it has dropped future football games with Pac-12 schools. Stanford is filling the void with San Jose State. … UCLA is looking to take the next step. … Oregon State’s assistant coaches having taking a step up in salary. … For a USC recruit, the NIL work has already begun. … In basketball news, Arizona’s Bennedict Mathurin is about to join a growing club of Canadian-born NBA draft picks. … Both USC and UCLA expect to have players drafted tonight. 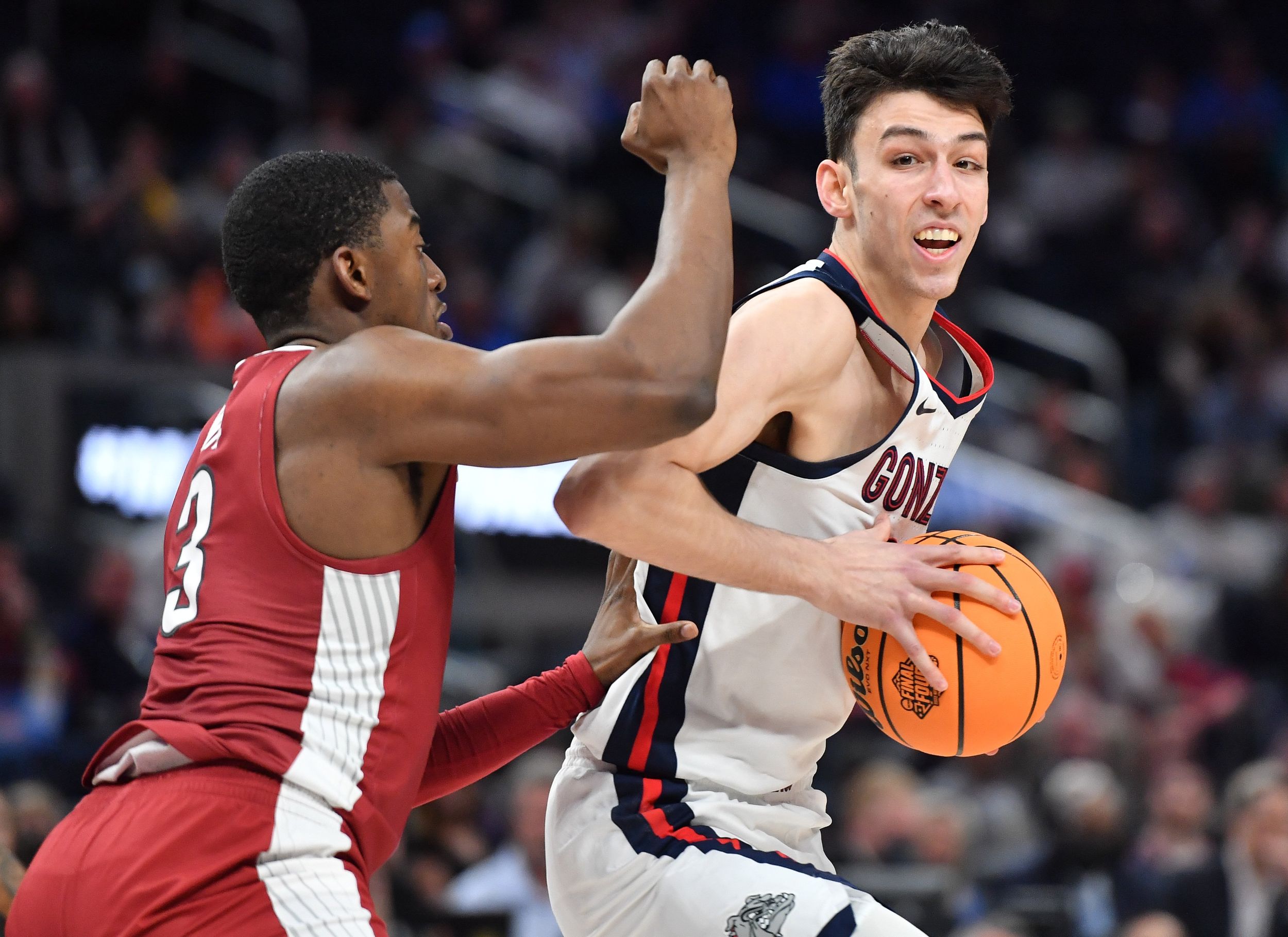 Gonzaga: The NBA draft begins at 5 p.m. on ESPN. And it shouldn’t be too long before we know Chet Holmgren’s fate. That of his Bulldog teammate Andrew Nembhard? That may take quite a bit longer. Theo Lawson has a preview of tonight’s event. … Around the WCC, Santa Clara may have its first NBA first-round selection since Steve Nash.

EWU and Idaho: There are changes coming to Montana State’s broadcast team. 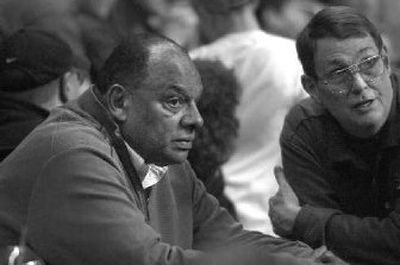 Hoopfest: The pandemic pushed back a lot of events, including Hoopfest’s plan to begin a Hooptown USA Hall of Fame. But tonight a large contingent will be inducted, including the 1999 Gonzaga team, John Stockton, Bobby Jack Sumler, former WSU coach George Raveling and others. Justin Reed takes a look at the class and the planned ceremony.

Indians: It took 10 innings but Spokane earned a 9-8 win over Everett to even the series at a game apiece. Dave Nichols has the coverage.

Mariners: Thank goodness for Oakland’s pitching. The M’s have gotten healthy in the Bay Area – odd, because visits there usually make this Southern California native nauseous – thanks to the A’s. … Mitch Haniger is once again trying to get back on the field after an injury. … Cal Raleigh just keeps improving at the plate. He hit another home run last night in the 9-0 victory. 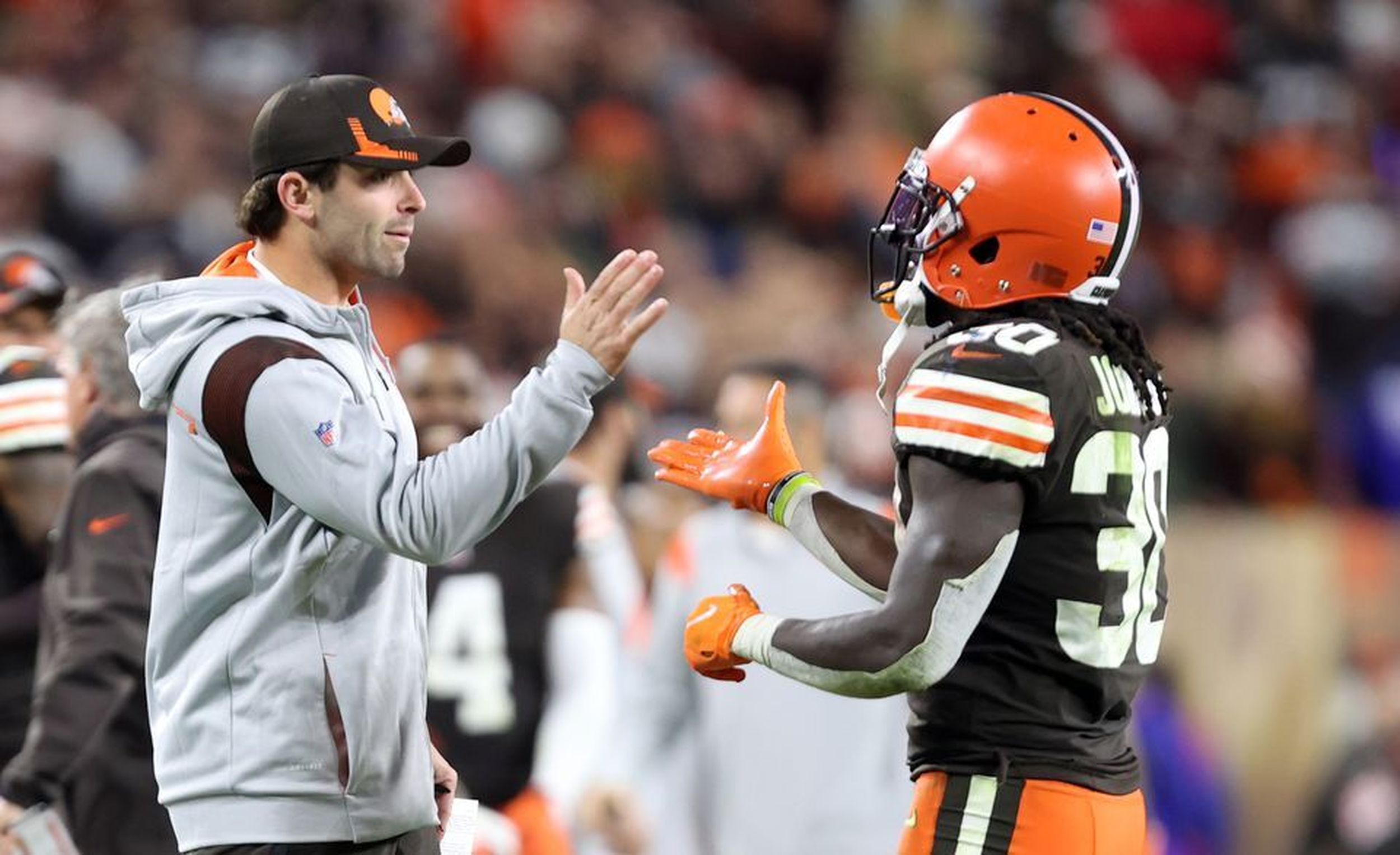 Seahawks: If Baker Mayfield can be bought cheaply, Seattle may well pull the trigger. … There is a good chance the Hawks will have to be sold. But not yet. Why? Again, the answer to that question is money. … The Hawks drafted a confident cornerback.

NHL: The Lightning had their chances. But their chance of winning a third consecutive Stanley Cup seem dim after Colorado rallied for a 3-2 overtime win in Tampa. The Avalanche lead 3-1 with two of the last three games in Denver.

Storm: Seattle has two starters and captains on the all-star team.

Golf: Brandon Bolt’s hole-in-one the other day on the Coeur d’Alene Resort’s famous floating green actually made him money. The $10,000 he earned should have been enough to pay the bar tab, right? James Hanlon has more in this story.

• When a friend’s mom started working outside the home in the 1960s, it didn’t surprise us. It seemed normal. Little did we know all the changes that had to occur in the previous decades for her to have that opportunity. Which is why it doesn’t surprise us when we talk with female high school and college athletes who are blissfully unaware of the way things used to be. It doesn’t bother us. We consider that the most concrete, and most welcome, example of progress. Of course, that doesn’t stop us from telling horror stories from back in the day. That’s what we do. Until later …