A GRIP ON SPORTS • Most Fridays we focus on the televised sports you shouldn’t miss over the next couple days. This Friday is different. This Friday we suggest you actually watch something in person.

• For the past two summers we’ve missed Hoopfest. Since it began way back in 1990 – when we were in our 30s – we’ve been as big an advocate for downtown’s 3-on-3 basketball celebration as anyone. Anywhere. 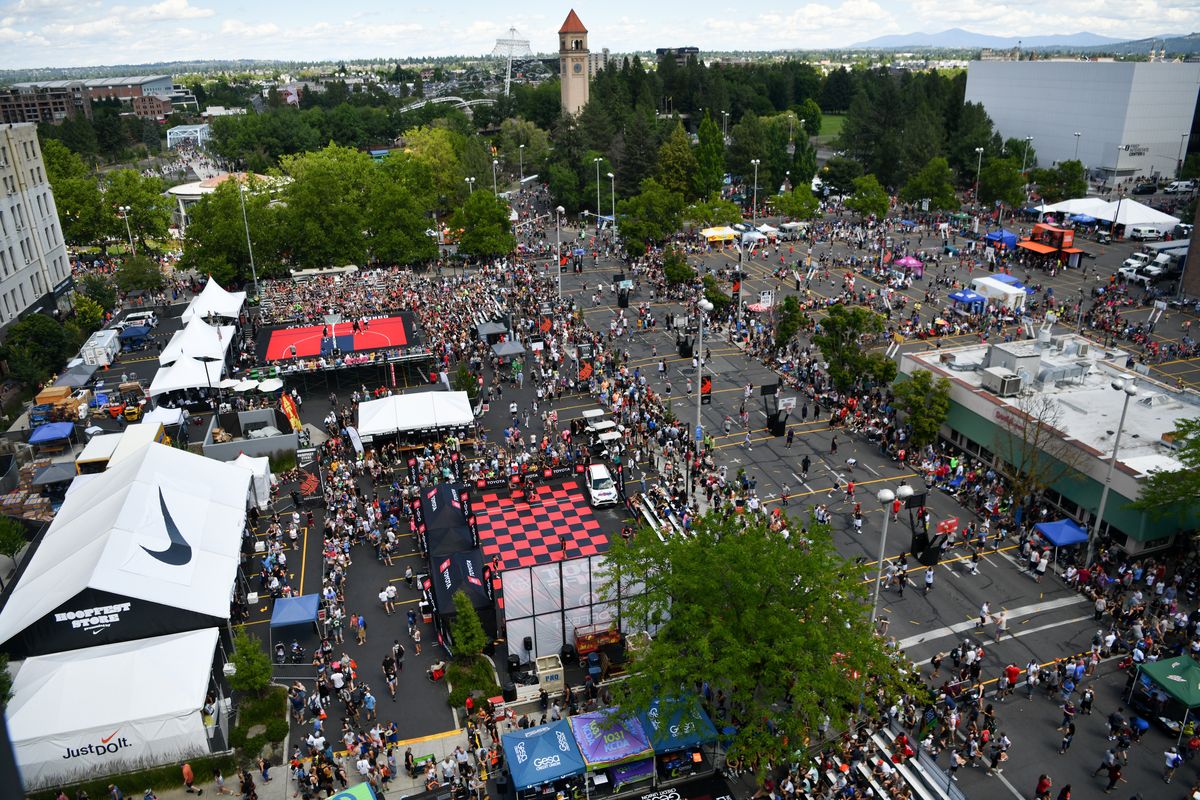 We played in the first 12 or so (it’s hard to remember and we don’t want to dig through the armoire drawer to check the T-shirts). We labored on even though for years we went through a stretch of never playing on Sunday. We endured fights, injuries and countless sunburns. We finally were picked up by a good team in the first decade of this century, made it to the finals and decided it was a good time to hang up the street-worn sneakers.

But we still are advocates. It’s just we’re advocates of watching. Of cheering for folks. Of supporting one of the most diverse events Spokane hosts each year.

This year? After two years of the pandemic, we would understand your reticence to head downtown and mingle with thousands of people. Heck, the virus invaded our house this week, knocking Kim for a loop and limiting our desire to venture out without a hazmat suit.

Still, if we can, we will wander the streets at least for a little while.

If not, there is always the official coverage on SWX, as well as the live reports from every local station. Even on what will be a beautiful weekend, there is always some sport to watch on TV, right? 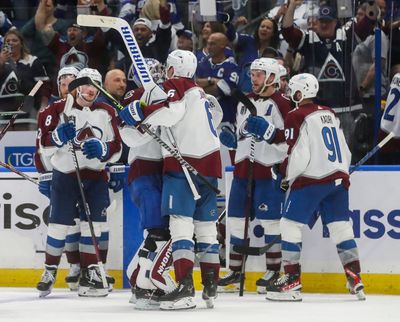 • The Stanley Cup could reside in Colorado after tonight’s game (5 p.m. PDT on ABC). It’s spent the past two years in Florida – no, not retired at Del Boca Vista – but the Avalanche seemed poised to bring it back to a place where it snows.

If that doesn’t interest you we have to ask, “Why the heck not?” But we also have to offer alternatives. So here they are: The Mariners are in Anaheim to play the Angels; golf has a couple majors, albeit one for the guys our age and one for the women’s PGA; the college World Series’ final series, pitting Oklahoma and Mississippi, begins Saturday; the Sounders face Sporting Kansas City on ABC tomorrow at noon; and NBC shows the U.S. Outdoor Track and Field Championships all weekend.

• One of the more anticipated television events of the week occurred last night on ABC – and ESPN and just about anywhere sports are broadcast, streamed or talked about.

The NBA held its annual draft.

Our thoughts are simple. It’s too bad Chet Holmgren was drafted by Oklahoma City. We wanted to root for him. Now it’s impossible. … Duke must have been the best team in the country last year. It certainly was the most talented. … Not only were two Gonzaga players drafted (Andrew Nembhard was picked by Indiana in the second round), the WCC had three players overall. Santa Clara wing Jalen Williams was selected 13th by Oklahoma. That’s impressive. … Seattle once again showed it’s a basketball hotbed, what with the No. 1 pick (Paolo Banchero) and two others with Emerald City ties taken in the first round. The Pac-12 was also well represented. But those two facts didn’t intersect. What’s up with that? 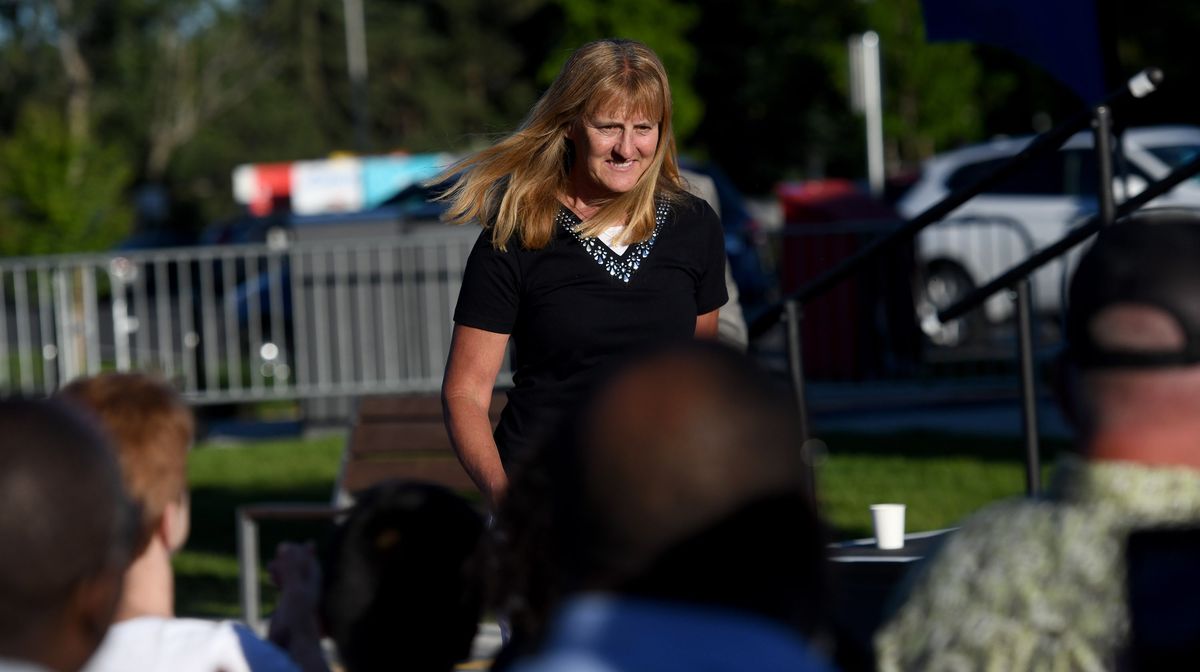 WSU: We couldn’t decide whether to put Justin Reed’s story concerning Jeanne Eggart Helfer’s induction into the first Hooptown USA Hall of Fame in this section – she was the first female Cougar ever to have an athletic scholarship – or to put it in the Hoopfest section. We decided to put the link in both. … There are going to be changes on the conference’s executive committee but Kirk Schulz isn’t going anywhere. Jon Wilner has more in today’s Mercury News. … Elsewhere in the Pac-12 and college sports, we can share NBA draft stories from Arizona, which had three players picked, Colorado, UCLA and USC. … Some underclassmen who declared went undrafted. … In football news, this could be a huge recruiting week for Washington. … Speaking of the Huskies, the most exciting running back in school history (and my father’s favorite player), Hugh McElhenny has died. He was 93. … California is at a crossroads. … Utah may be there in a few years. … Arizona State has experienced quite a turnover on the offensive side of the ball. … Oregon is looking for a new track and field coach. The Ducks fired Robert Johnson. … Arizona State has a new softball coach in place. … Another proposed NCAA rule change could be extremely costly. … Finally, a California team doctor has been suspended while an investigation is conducted. 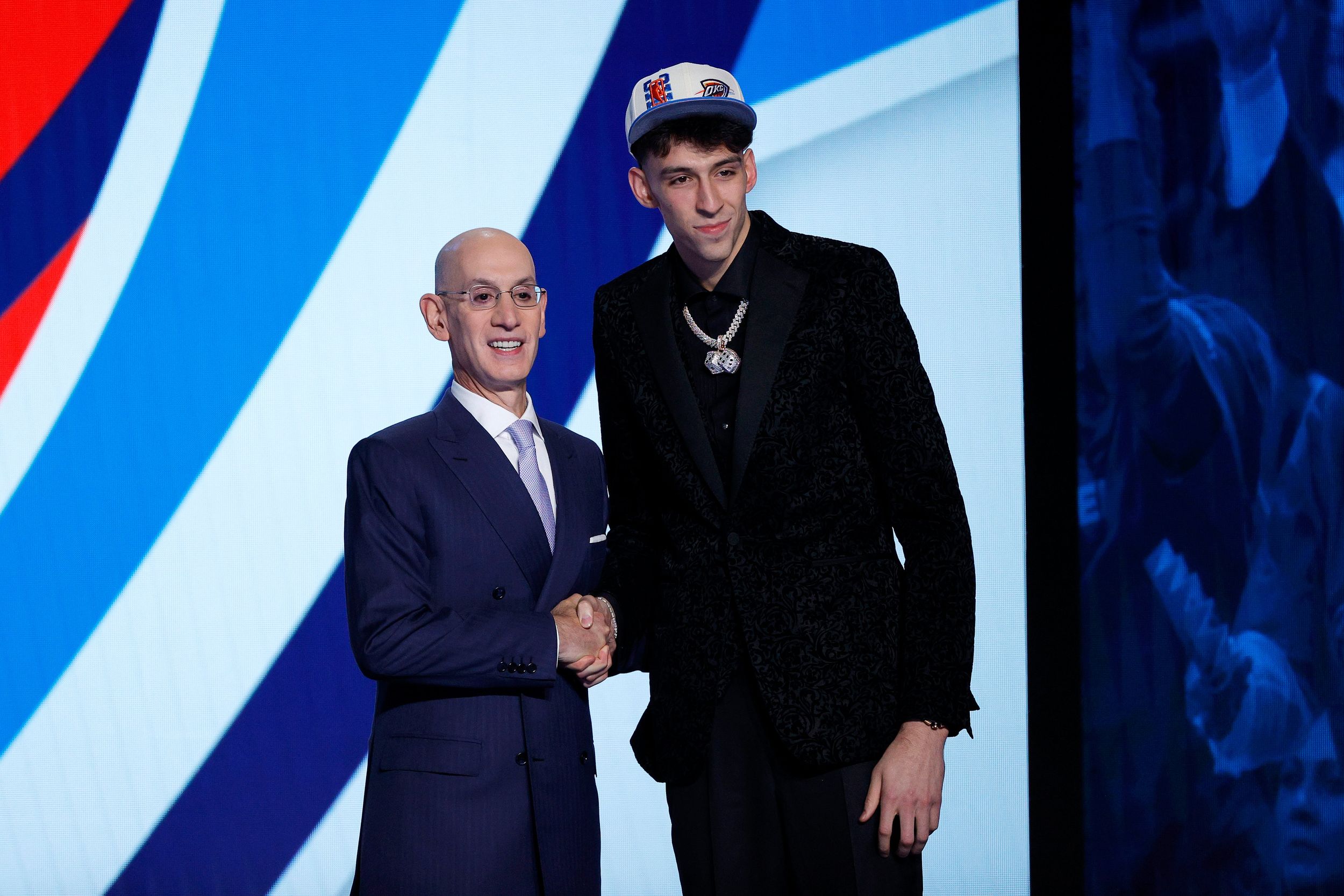 Gonzaga: Holmgren’s selection behind Banchero lifts the 7-foot freshman onto the highest spot on GU’s all-time draft list. He passes Adam Morrison, who was the third pick in the 2003 draft. … Nembhard’s second-round selection sends him to Indiana and a crowded backcourt. Jim Meehan has more on his selection. … The picks were cheered on by a group of GU players and fans at the No-Li Brewhouse. Julien Luebbers has the story. … We have a couple of stories which will show up in two spots today. Gonzaga has finally offered Lake City High’s Blake Buchanan, who will choose between the Zags and Virginia for his college hoops. Theo Lawson has that story. … Around the WCC, BYU has added another transfer to its roster.

EWU and Idaho: Around the Big Sky, Montana did something really great for a local 12-year-old basketball player. … Northern Colorado has filled some open spots on three staffs.

Preps: We weren’t lying when we said we would have the Buchanan basketball recruitment story in two spots. After all, he’s a local high school player.

Indians: It wasn’t easy but Spokane held on for a 6-5 victory Thursday night at Avista. 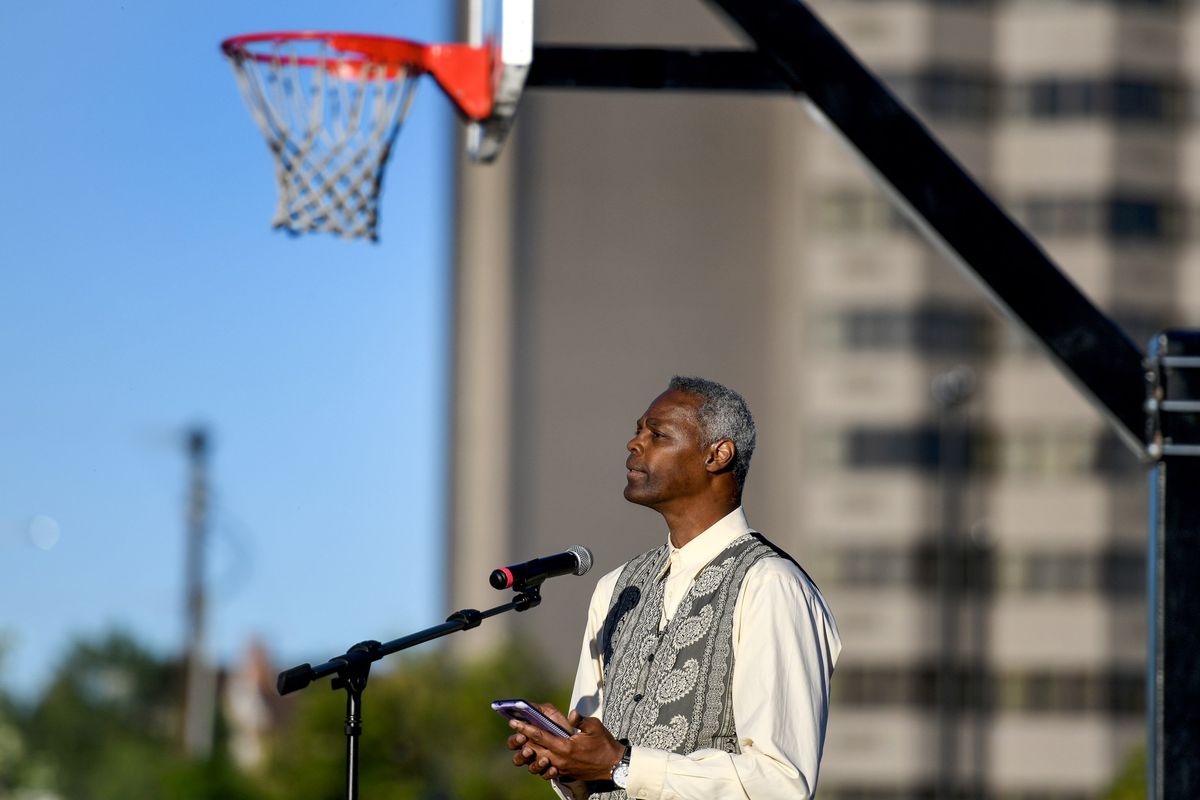 Hoopfest: As we said, we want to make sure you see Justin’s story on the Hooptown USA Hall of Fame ceremonies from last night. … If you head downtown this weekend you may notice an increased police presence at the event and on the roads. Quinn Welsch has more in this story.

Ironman: It’s not a full Ironman but that doesn’t matter much to the folks in Coeur d’Alene. Next year it will be. And Sunday’s event is highly anticipated. James Hanlon has more in this piece.

Mariners: The M’s won in improbable fashion, scoring two runs on wild pitches in the ninth for a 2-1 victory. But we remember the fifth inning more. With two outs and two strikes on Sheldon Neuse, Robbie Ray threw strike three. Everyone knew it. Well, everyone but plate umpire Nic Lentz. Instead of the inning being over, Neuse hit a slow ground ball, Abraham Toro made a poor throw and Ty France was injured in an ensuing collision. The M’s don’t know how badly France is hurt but it shouldn’t have happened. … Reliever Casey Sadler is injured but that doesn’t mean he is out of the limelight.

Storm: Jewell Loyd broke out of her scoring slump and led Seattle to a home win.

• Of all the sporting events COVID-19 took from us, we missed Hoopfest as much as any of them. Here we are, the best weekend downtown of the year finally looming again, and we’re not going – due to COVID-19. Irony is a pain in the nose and throat and ears and muscles and just about everywhere. Until later …