A GRIP ON SPORTS • Baseball’s unwritten rules basically have Old Testament written all over them. An eye-for-an-eye and all that. Which is why, in our eyes, the Angels broke the most important commandment Sunday. And deserve retribution.

• To summarize: Long after Saturday night’s Mariner win, Mike Trout went off to reporters about one pitch he didn’t like. It came in the ninth inning, with the M’s Erik Swanson trying desperately to hold on to a 5-3 lead. 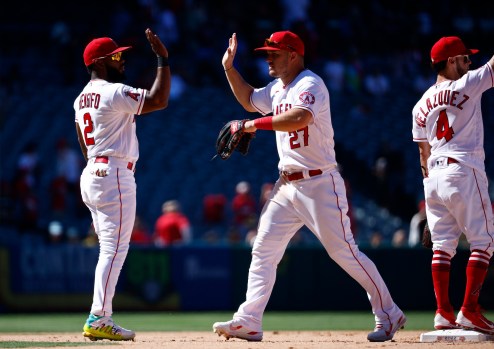 Trout, who owns the Mariners, having hit 53 home runs in his Hall of Fame-worthy career against them, was at the plate representing the tying run. There were two outs and David MacKinnon on first.

The pitch in question was too high and tight for Trout’s liking. A fastball up and in that got past M’s catcher Cal Raleigh, went to the backstop and allowed MacKinnon to advance to second. First base open, the M’s walked Trout intentionally.

Seems like an odd time to throw a ball at Trout’s head on purpose. Wouldn’t that be something the M’s would do in the first inning? Or maybe back on June 17, when for some reason the Angels hit their former teammate, Justin Upton, in the head with a fastball?

Not according to Trout, who not only is the best hitter in baseball, is also seemingly the best pitching coach as well.

We added the emphasis because he’s right. It is one of those unwritten rules covered in every book on pitching. Ask Nick Lorenzen, the Angel pitcher who nailed Upton. After all, the slick ball just got away from him that day. There was no way, according to Lorenzen, he was doing it on purpose.

Which brings us to Sunday. Angel interim manager Phil Nevin decides just before the game, we guess on a hunch, to throw a middle-of-the-pen reliever out there to start. And that reliever, Andrew Wantz, just happens to have a first-inning fastball get away. Behind Julio Rodriguez’s head. (Wonder what Trout thought about that?) Both benches are warned. Under baseball’s commandments, the balance should have been restored.

Except it wasn’t. We suspect Nevin, who played his college baseball at Cal State Fullerton, a school with a reputation for bush play, wanted to fire up his team. So Wantz, for some reason still in the game in the second inning, hit Jesse Winker in the butt. 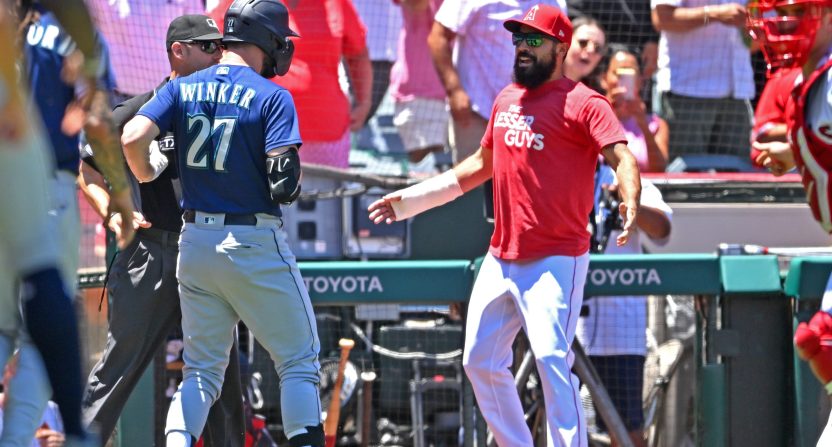 Winker didn’t take kindly to it, said something and, reportedly, the Angels’ injured Anthony Rendon responded from the bench.

That started a brawl. Players ejected – the Mariners had Winker, Rodriguez, J.P. Crawford and manager Scott Servais – and a bunch of stupid statements afterward.

No one with any knowledge of baseball would defend the Angels here. Throw at Rodriguez if you want, but follow Trout’s dictum, even if it’s entirely possible the pitch Saturday had no purpose, was just one that got away. Then move on, message sent.

• They didn’t. It should cost them. A lot. It won’t. Baseball is about as potent in these cases as the NCAA is in enforcing recruiting rules. Hand slaps all around. The wrong people punished.

Because of baseball impotency, the M’s will have to take matters in their hands come August, when the teams meet again, though Servais probably won’t. It’s not his way.

If he did, when Los Angeles comes north the first weekend of that month for a four-games-in-three-day series, Seattle would start four middle-of-the-pack relief pitchers. And plunk Trout in the foot, the knee, the thigh, the butt. Wherever. All below the waist. All to start each game. Follow his dictum. Heck, throw 60-mile-an-hour changeups. The object isn’t to hurt him. It’s to send a message.

One written in bruises. And originally authored by Trout’s Saturday night soliloquy.

• The incident does have a silver lining. A couple of them, actually. Both are covered in this Athletic story.

We followed the pizza saga live on Twitter yesterday. The little girl and the autograph came to our attention later. Both show just how invested folks can get in sports – good and bad.

And how, sometimes, the worst episodes can morph into the best examples of humanity. 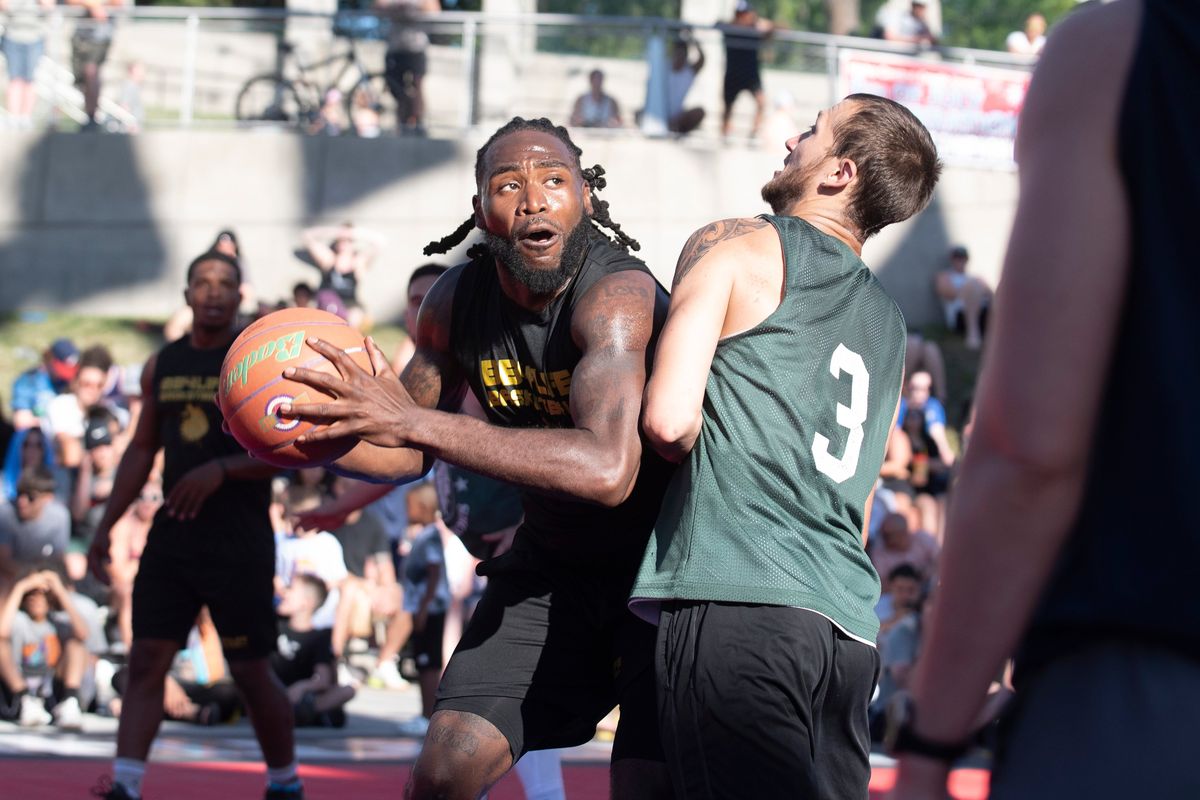 Hoopfest: We would have started with Spokane’s best Sunday of the year, as we usually do, if the Angels had not intervened. The competition part of Hoopfest was worth watching, if only because the winners had such compelling backstories. Justin Reed shares them all here. … The overall ambience of the event continues to make us smile, as did this story from Nick Gibson.

WSU: Around the Pac-12 and college sports, Washington reeled in a bunch of football recruits this weekend. … USC will have a player who is new to the sport. … Arizona seems to be building some momentum in the desert. … In baseball news, the state of Mississippi won the World Series for the second consecutive year. Mississippi State in 2021, Mississippi in 2022. As an aside, Ole Miss was the last at-large team in the tournament. And it won a title. Football needs to expand its playoffs. That is all. … Finally, the NIL rules, whatever they are, seem to be falling by the wayside if yesterday’s news from Florida is any indication. 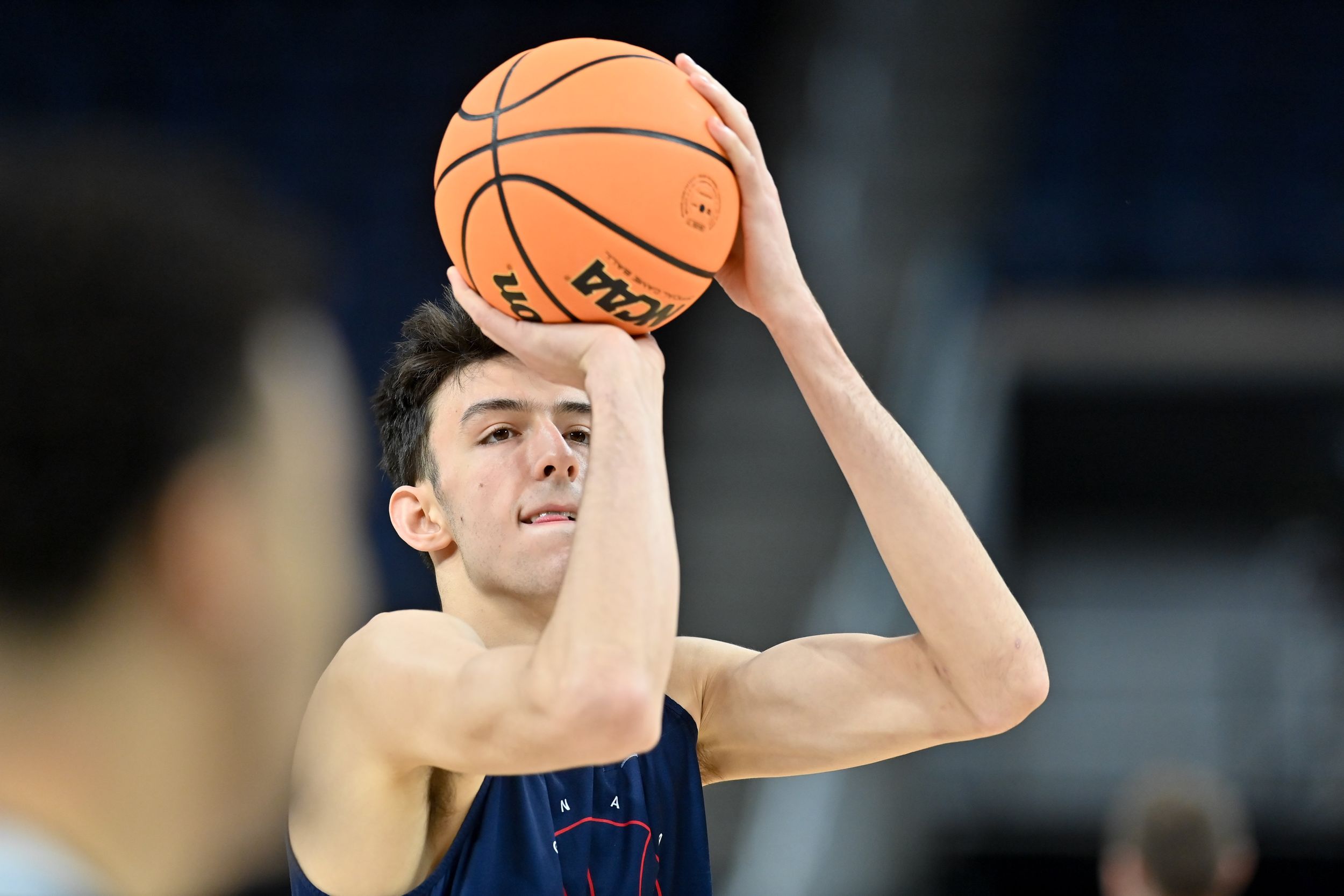 Gonzaga: Chet Holmgren professed his love for Oklahoma City yesterday in his introductory press conference. It’s hard to believe him. But it’s the right thing to say. Theo Lawson caught everything Holmgren said in this story.

Indians: Spokane salvaged a split of its six-game series with visiting Everett on Sunday, winning 8-2. Dave Nichols was back at Avista and has this story.

Mariners: We shared some stories above but we have more to add here, including this piece from Anaheim. … The bullpen has been really good lately. And the M’s have been winning. There is a correlation.

Seahawks: The biggest offseason move? That would be Russell Wilson heading to Denver. 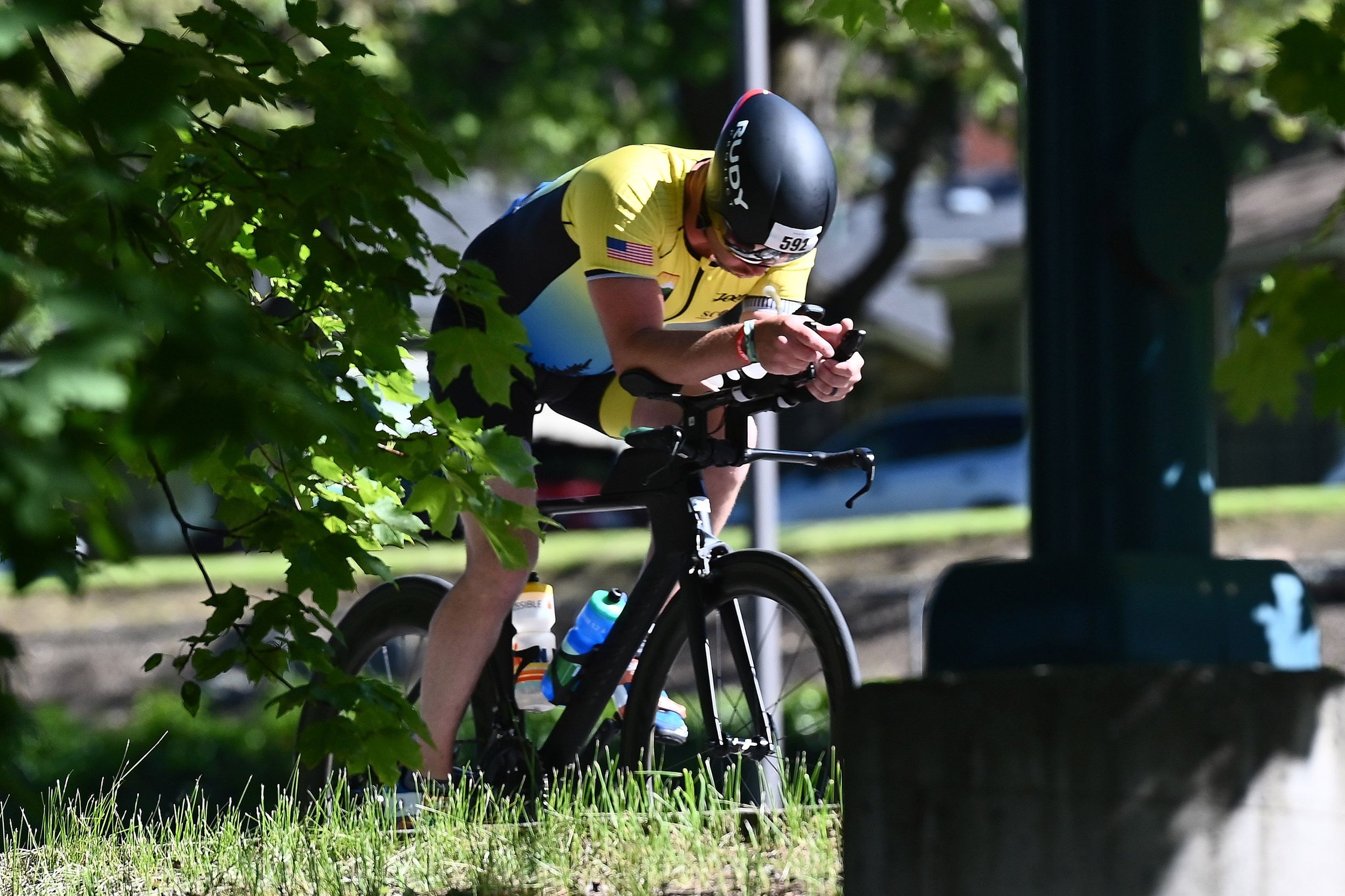 Ironman: The half-Ironman in Coeur d’Alene just happened to occur on the warmest day of the year. Lucky for the 2,123 folks who participated, huh? James Hanlon has this story while James Snook supplies a photo gallery.

• We really don’t want anyone hit with a baseball. Especially not in the head. We still have a hole in our skull from a ball hitting it in ninth grade (it broke the bone above our left eye and the doctor didn’t set it correctly). And we were knocked unconscious once with a fastball in college. But if you don’t respond, as Servias and the M’s rarely do, others take advantage. Seattle hitters have been hit nearly five times as much this season by A.L. West pitchers than M’s pitchers have hit their opponents. Until later …