A GRIP ON SPORTS • What’s going on over in Seattle in the professional sports ranks? Quite a bit it seems. At least enough for a Thursday rundown.

• We start with the Sounders, who actually lost Wednesday, 2-1 to visiting Montreal. The defeat, while not consistent with the team’s recent play – Seattle hadn’t lost in a month – did once again show a deficiency the Sounders must shore up if they want to win another MLS title. 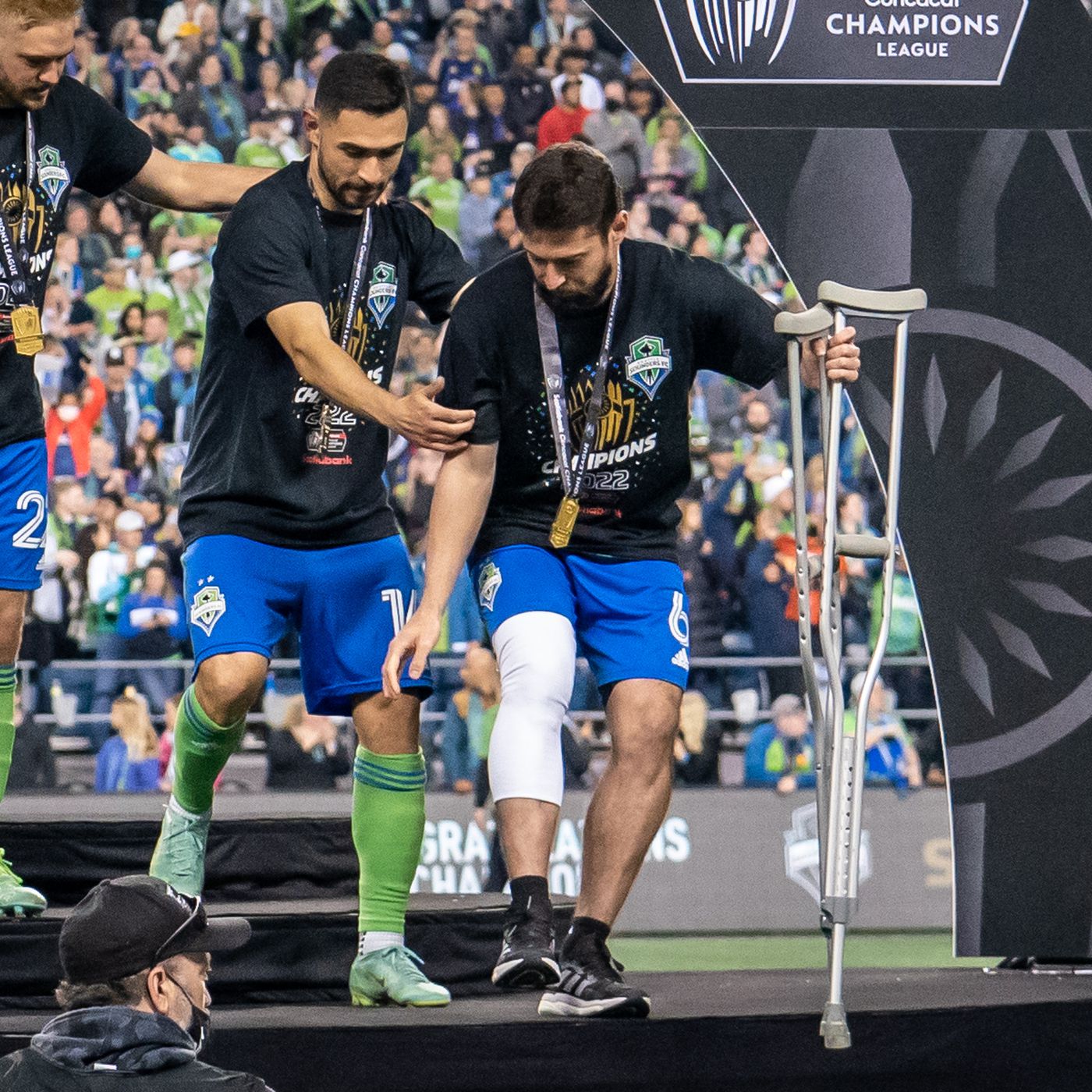 They have a hole in the midfield. And it’s all because they lost Joao Paulo to an ACL injury in early May.

Quite possibly the best midfielder in the MLS, Paulo’s ability to gain and control the ball gave Seattle the chances it needed on the offensive end. And took pressure off the defense. Without him, that’s been a struggle, especially against the better teams. And Montreal is certainly one of those.

What can the Sounders do? The last transfer window opens July 7. If Seattle is serious about a postseason run this year, it will have to find someone to fill the gap. If not, this year’s chances will be in jeopardy.

• The Mariners are always in that sort of situation. But their goals are different. While the Sounders always set their sights on hoisting a cup at the end of the postseason, the baseball club would be satisfied with just playing a playoff game this year. After all, it has been two decades since that last happened. 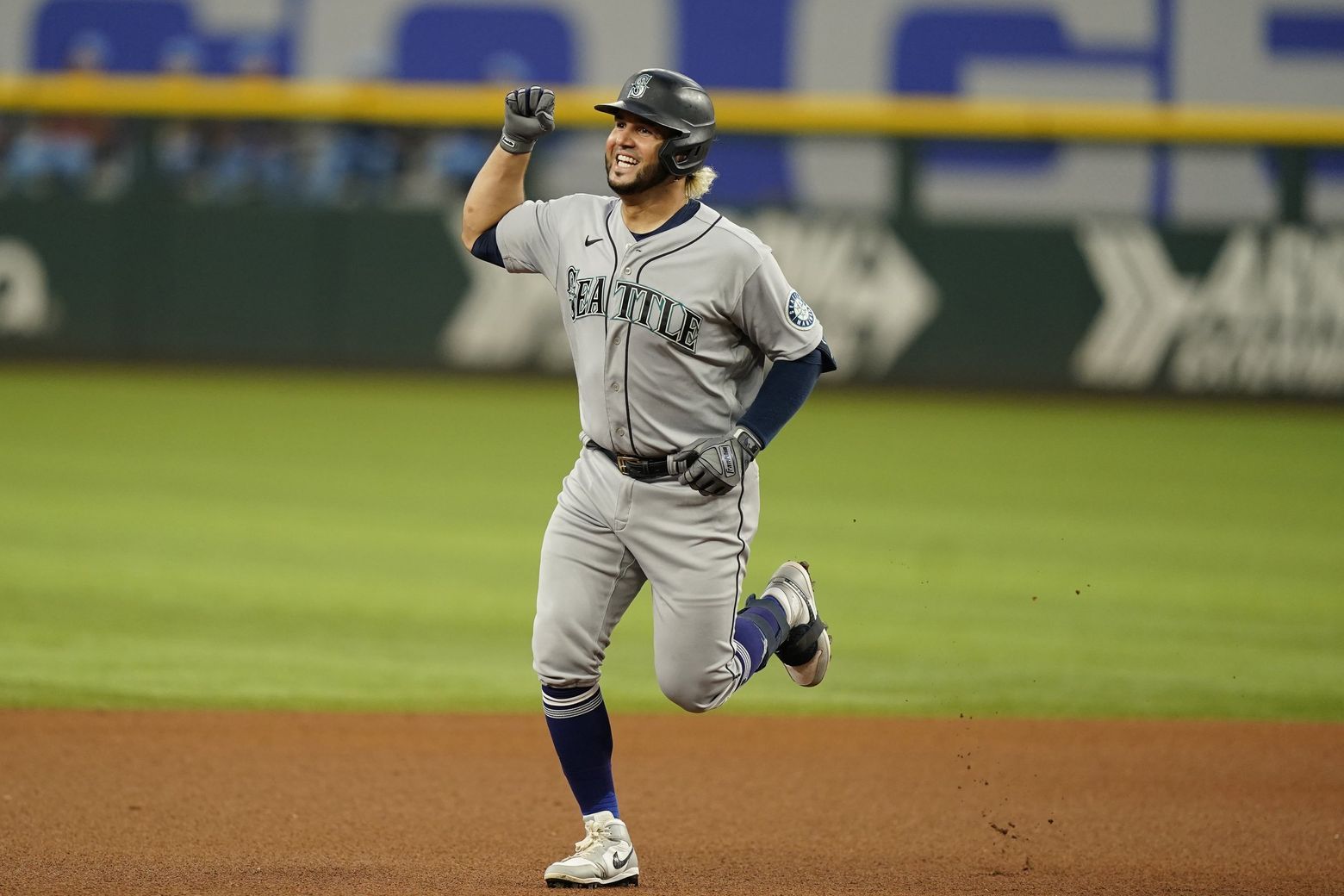 The past few weeks have shown the M’s have the starting pitching to get it done. The bullpen has solidified as well. The defense is better than anyone could have hoped for in March. All that has to follow is the offense.

OK, we know that’s not a small thing. The Mariners’ mix of veterans hoping to recreate their best recent years – Jesse Winker, Adam Frazier, Eugenio Suarez – and young players just learning what the major leagues are all about – Julio Rodriguez, Cal Raleigh, a host of others – isn’t conducive to consistency. At least it hasn’t been.

Injuries have played a part in the lack of consistency as well, with the oft-injured Kyle Lewis and Mitch Haniger out for extended periods. But for the M’s to soar the last three months of the season, the offense will have to coalesce and produce.

• Want to attend a Kraken game next season but don’t want to mortgage the farm to do it? The hockey club is going to give you an opportunity. More less-expensive seats are going to be available in Climate Pledge Arena.

To access them, you will have to register with the Kraken’s ticket agency, so it can determine you are not a robot. And then, when the tickets are available on single-game basis, you can grab one or two. 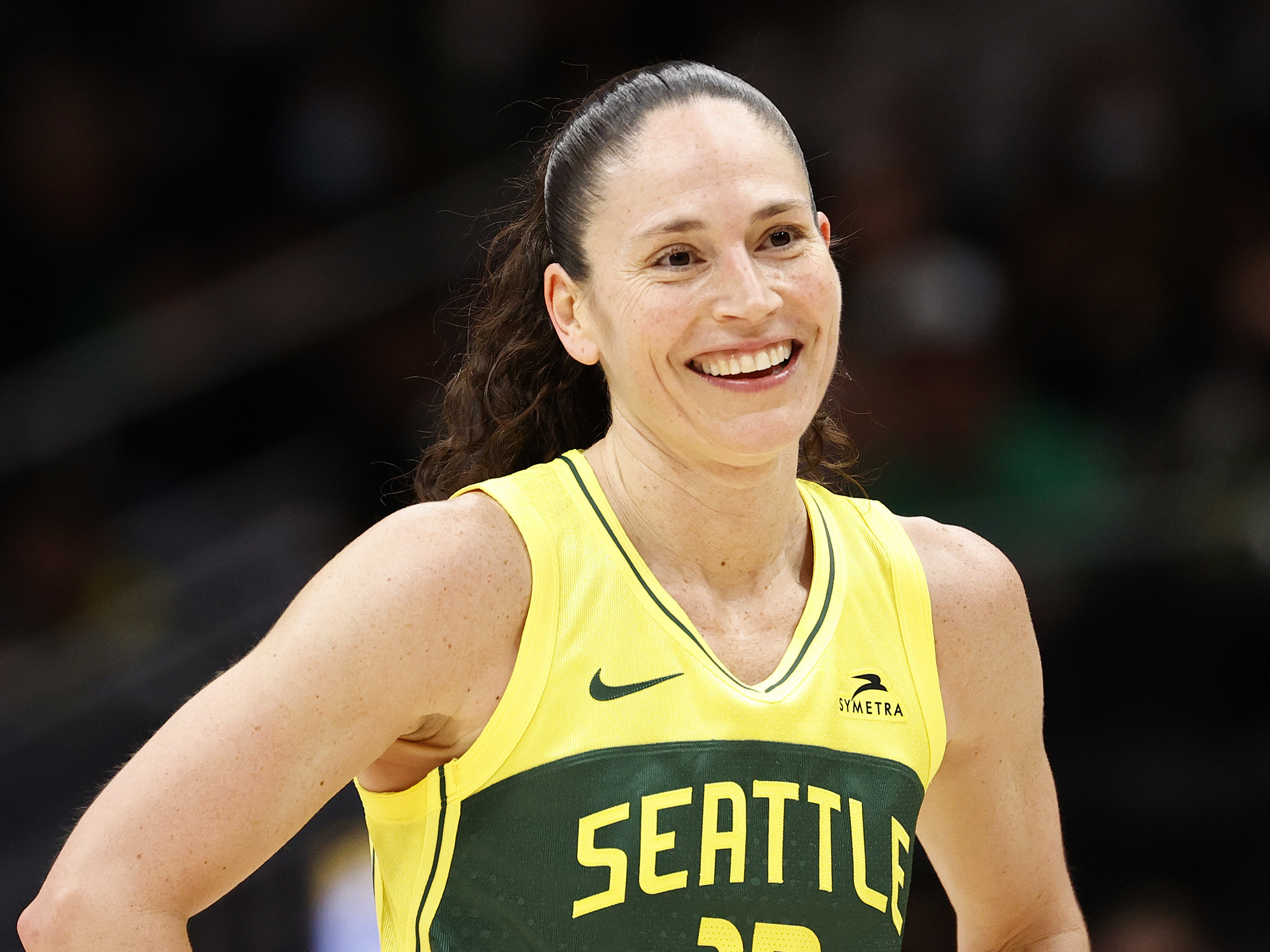 • Tina Charles made her debut for the Storm last night. But it was the most experienced of their players, Sue Bird, who made the difference in their 88-78 home victory over WNBA power Las Vegas.

Bird wasn’t the Storm’s leading scorer. That was Jewel Loyd, who had 24 points. But Bird flew around the court, created havoc and, along with Lewis and Clark High graduate Briann January, ignited the offense. The duo split 12 assists but more importantly, keyed a defense that held the Aces to 37.5% shooting.

WSU: We linked a couple of Jon Wilner stories yesterday when they appeared in his home paper, the Mercury News. If you couldn’t access his interview with commissioner George Kliavkoff or his look at future football scheduling, you can now. The links here are to their S-R appearances. … Former Washington State football coach Mike Leach has signed an extension with Mississippi State. … Elsewhere in the Pac-12 and college sports, Wilner also has a look in the Mercury News today at the conference’s NIL record thus far. It’s not good enough. … Washington found a way to attract a quarterback for its 2023 recruiting class. … California has its coach in place for the long term. Now the Bears need to win. … If you need a fun college football story today, may we offer this Doug Haller piece on the now-long-gone Playboy All-American team? It’s worth your time. … The Big 12 really went outside the box in hiring its next commissioner.

Gonzaga: Former GU women’s player Keani Albanez has taken over as head girls’ coach at one of Southern California’s top high schools. … Keep your eyes on this one. Mookie Cook, a five-star guard who had Gonzaga and Kentucky in his top three before committing to Oregon, has re-opened his recruitment. 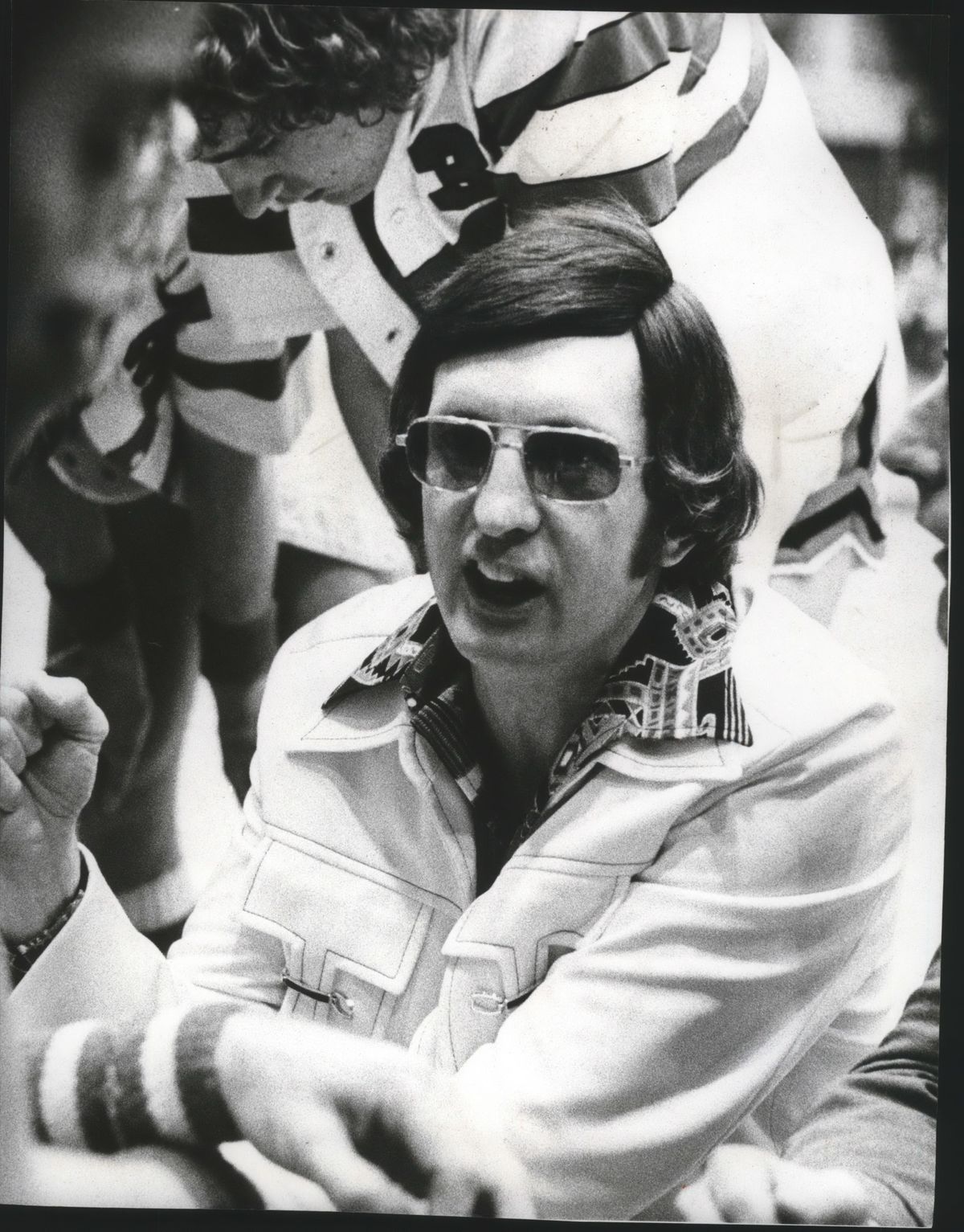 EWU: If you had told Eagle fans back in the day their head basketball coach would someday be in the College Basketball Hall of Fame, they probably would have scoffed. Or chuckled. But Jerry Krause has made it. Now it didn’t hurt Krause went from being the Eagles head coach (between 1967 and 1985) to helping out at Gonzaga in the 21st Century. Or that he became the most prolific author of how-to basketball coaching books the world has seen. Whatever, he deserves the honor. Jim Meehan has all the details and comments in this story. … Around the Big Sky, Montana and Montana State football games will be broadcast by ESPN in October.

Indians: A late rally by host Vancouver sent Spokane to a 6-5 loss. Dave Nichols watched and has this story. 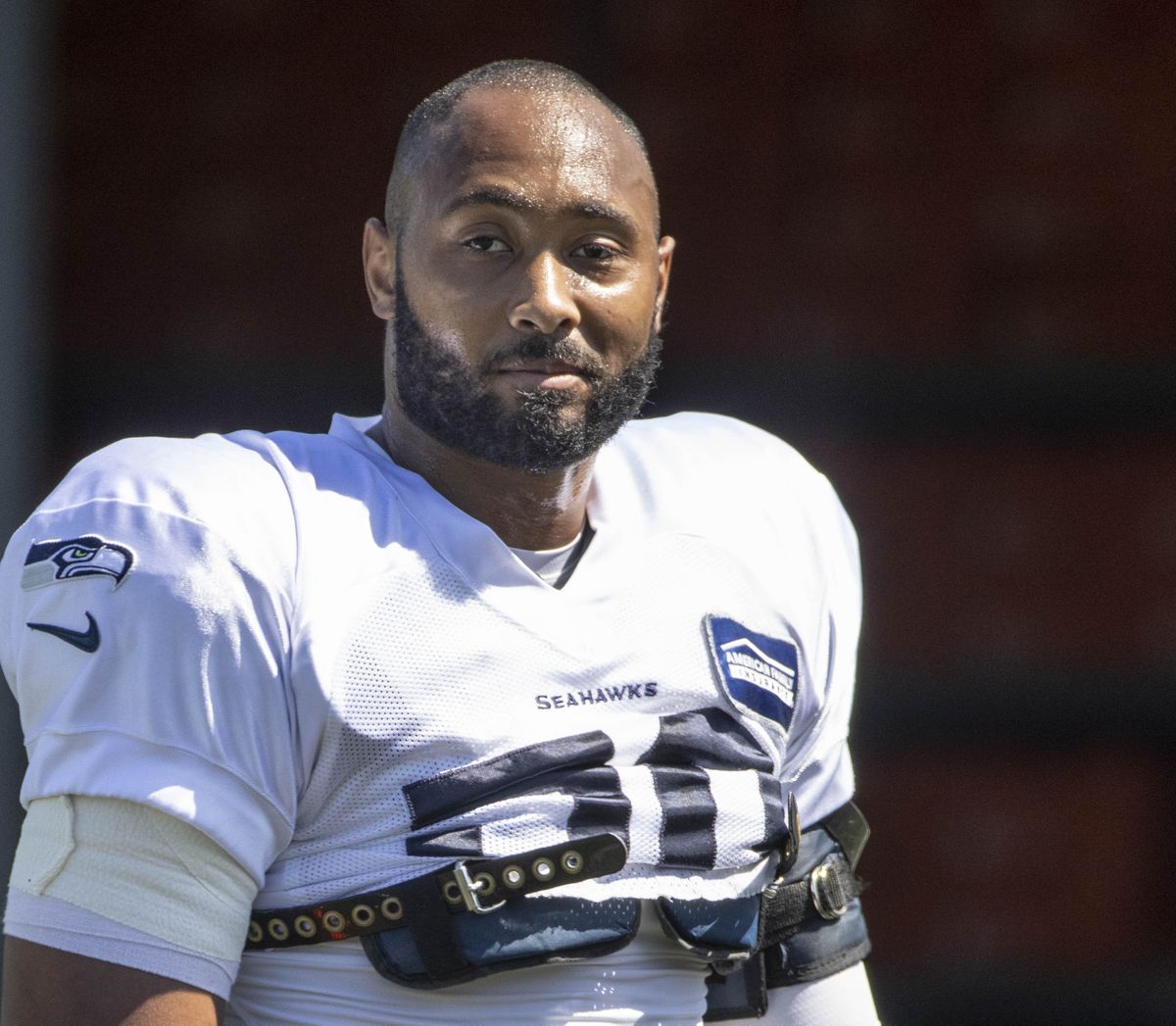 Mariners: We mentioned the M’s some above. They won Wednesday 9-3, mixing some big and little ball with strong pitching. … The best part of yesterday’s game? Marcus Wilson made his major league debut after eight years in the minors.

Seahawks: K.J. Wright doesn’t want to leave Seattle anymore. If the Hawks don’t want to sign the veteran free-agent linebacker and his career is over, he’s good with that.

Storm: Climate Pledge Arena will also be the site of an NBA exhibition game this fall, with the Clippers facing off with Portland on Oct. 3.

• The last day of June? Already? We just began seeing the sun on a regular basis and now were already in July? Can’t be true. Until later …