By Madison McCord For The Spokesman-Review

Reece Isaak has been a steadying force his entire career at Almira/Coulee-Hartline.

On Thursday, the 6-foot-3 senior center stepped up when his team needed him most to the tune of 22 points and 14 rebounds as the top-seeded Warriors outlasted Lummi Nation 52-44 in the State 1B quarterfinals at the Arena.

From the tip, Isaak battled against 6-foot-5 powerhouse Tyran Lane, who held Isaak to zero points on two misses.

“I think everyone was probably a little nervous at the start, which is fair for any game at state,” Isaak said. “We just have a lot of guys, not just me, that can get in there and give me some space to work and it finally paid off.”

The seventh-seeded Blackhawks slowed ACH with a pesky 2-3 zone in the opening 8 minutes, but they could only contain Isaak for so long as he was nearly perfect from the field with 11 points in the second quarter.

“Reece is just a rock, he’s dependable and he works so hard,” ACH coach Graham Grindy said. “I think people underestimate how hard he plays on defense and he just played today like he has all season and all his career.”

As slow as the Warriors got out of the gate to start the game, they were just as efficient after halftime. ACH (18-3) came out of the break on a 13-0 run while getting key offensive contributions from seniors Grady Murray (14 points) and Cooper Correia (nine points).

“It was slow early on and we were just thinking too much instead of attacking the rim,” Murray said. “But that second half started and we finally got it clicking on both ends and that changed the game for us.”

Eighth grader Jerome Toby paced the Blackhawks (16-3) with 15 points, but was held to just one point in the second half before fouling out with 2:44 remaining. Lane added 11 points on just 2-9 shooting for Lummi Nation. 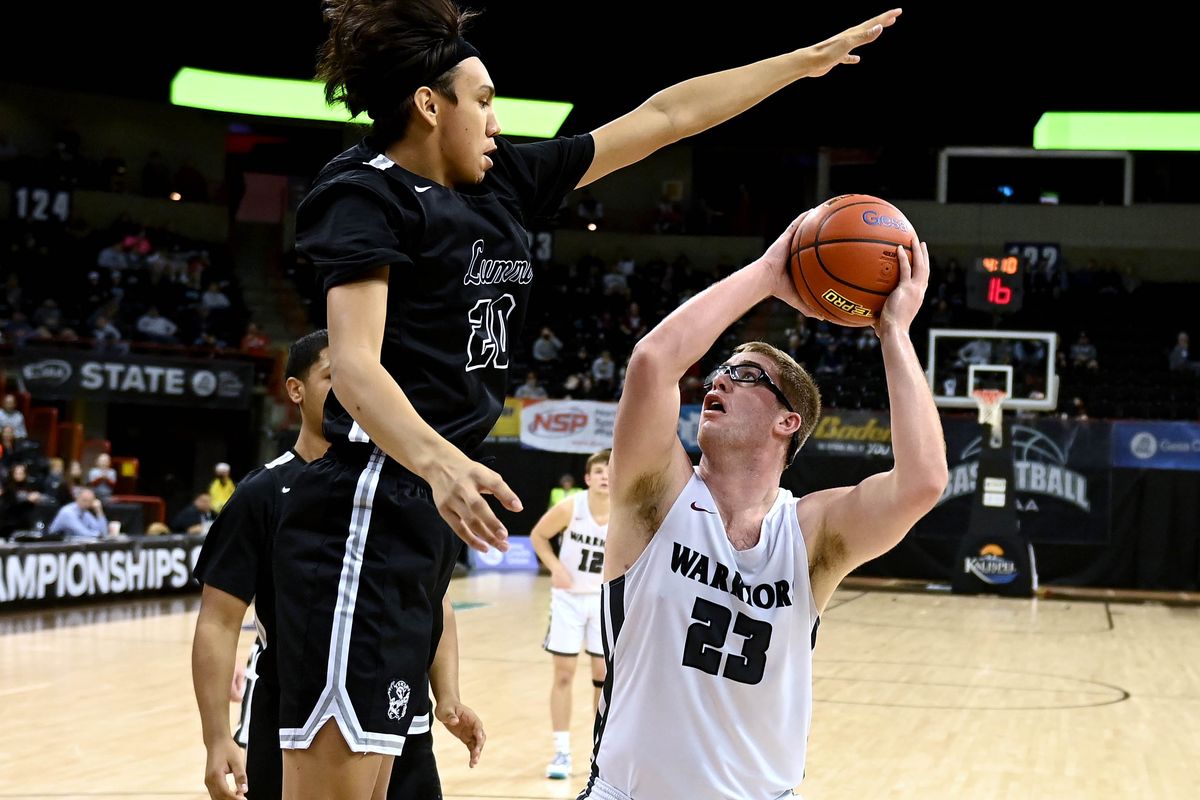 “We pride ourselves on defense and our coaches always tell us that if we are up six, we need to get up eight,” Isaac said. “And that starts by getting stops, which we did today.”

The Warriors will now turn their attention to third-seeded Northwest Yeshiva for a 3:45 p.m. Friday semifinal. Yeshiva, a private Jewish high school from Mercer Island, Washington, is making its first state appearance. The Lions defeated Willapa Valley 50-40 in their quarterfinal matchup.

“They play a similar 2-3 zone to Lummi and they do a good job of making it look like there is no place to go inside,” Grindy said. “So we are gonna have to really move the ball and soften them up just like today. And defensively they have a couple guys we will have to pay attention to.

“This is state, every team is going to have a few guys you have to watch. But right now we are just going to enjoy this win.”