Illustrations of some of Gonzaga’s greatest basketball players have graced Spokesman-Review pages the last few years.

Illustrator Chris Morris, whose work has been featured in publications like the New York Times and Los Angeles Times, is the man behind the artistic pieces.

Morris, 57, works as an art director for Advance Local, a media company that owns several newspapers across the country. He also teaches digital illustration twice a week at Columbus College of Art and Design in Columbus, Ohio, which is about a two-hour drive from Morris’ home in Rocky River, Ohio, outside Cleveland.

On the side, he does freelance work for other publications, such as the two mentioned earlier, the Boston Globe and The Spokesman-Review. 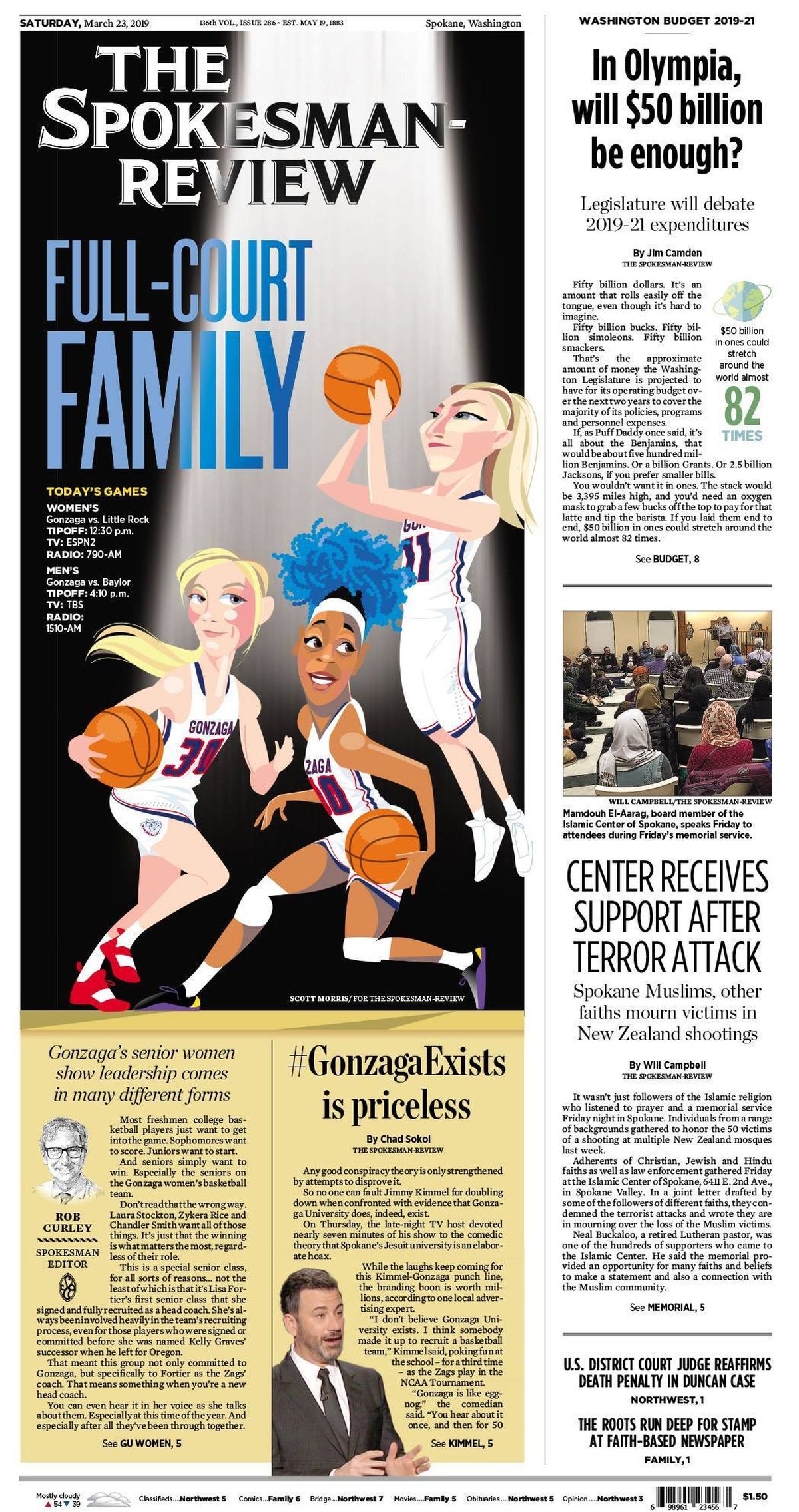 He said he’s been an illustrator since 1987, when he took a job with the Dallas Times Herald. He graduated from East Texas State University the same year.

Morris worked at a string of newspapers since then, including at the San Francisco Examiner, the Dallas Morning News, Las Vegas Sun and Cleveland Plain Dealer.

“I’ve always known that I wanted to be an artist,” Morris said. “I didn’t think I was going to be an illustrator at newspapers. I just happened to knock on a door of a newspaper when I was right out of college that I knew used illustration.”

He said he’s like a “barn cat,” meaning whenever a good illustration opportunity arises, he takes it.

“You don’t know when the next mouse is gonna come along,” Morris said. “So you eat ’em all.”

Morris said the original idea was Holmgren swatting basketballs like King Kong on top of the Transamerica Pyramid. Instead, he is ripping apart the pyramid top from the famous San Francisco skyscraper while picking up a trolley. Timme is in the background flexing his bicep over the Golden Gate Bridge.

Morris said he loves doing sports illustrations but he enjoys all other types as well.

“The variety’s the fun part,” he said.