For the past 32 years, the Spokane Chiefs have had two general managers. It’s a testament to the family atmosphere and stability the organization tries to cultivate.

That strategy not only guided the search for their new GM, it was instrumental – to both the club and the primary candidate.

On Tuesday, the Chiefs introduced Matt Bardsley as the club’s new general manager in a news conference at the Arena in front of a collection of players, front office staff, media – and yes, family members.

Bardsley follows in the footsteps of Tim Speltz (1990-2016) and Scott Carter, who announced early in the season his plans to step down at the conclusion of the campaign after six years at the helm due to health and family concerns.

“Today is a great day for me and my family to join such a tremendous and storied franchise in the Spokane Chiefs while raising our family in the beautiful city of Spokane,” Bardsley said.

“Family is really important,” he said. “We want our players to feel comfortable. Their parents, our staff – we spend probably more time with the players and coaches than they do with their own family, so that that becomes our family. It’s the No. 1 thing. It’s really important.”

“When we had to search for a new GM, Matt was high on everybody’s list of the people we trust in the industry,” Chiefs owner Bobby Brett said. “We’ve been actually recruiting and talking to him for several months. So it came to fruition and I think we’re in good hands as an organization.”

“We couldn’t be more excited to welcome Matt and his family into our organization,” Chiefs President Mark Miles said.

“Matt stood out for us just with his family values. He’s organized. I literally talked to probably 50 people in the hockey world and they all said the same thing. His work ethic, his commitment, his dedication. It was everything good about Matt.”

“We certainly want to have championship banners, and we want to have players and coaches and staff to have success moving on. We want (Spokane) to be a destination of choice.” 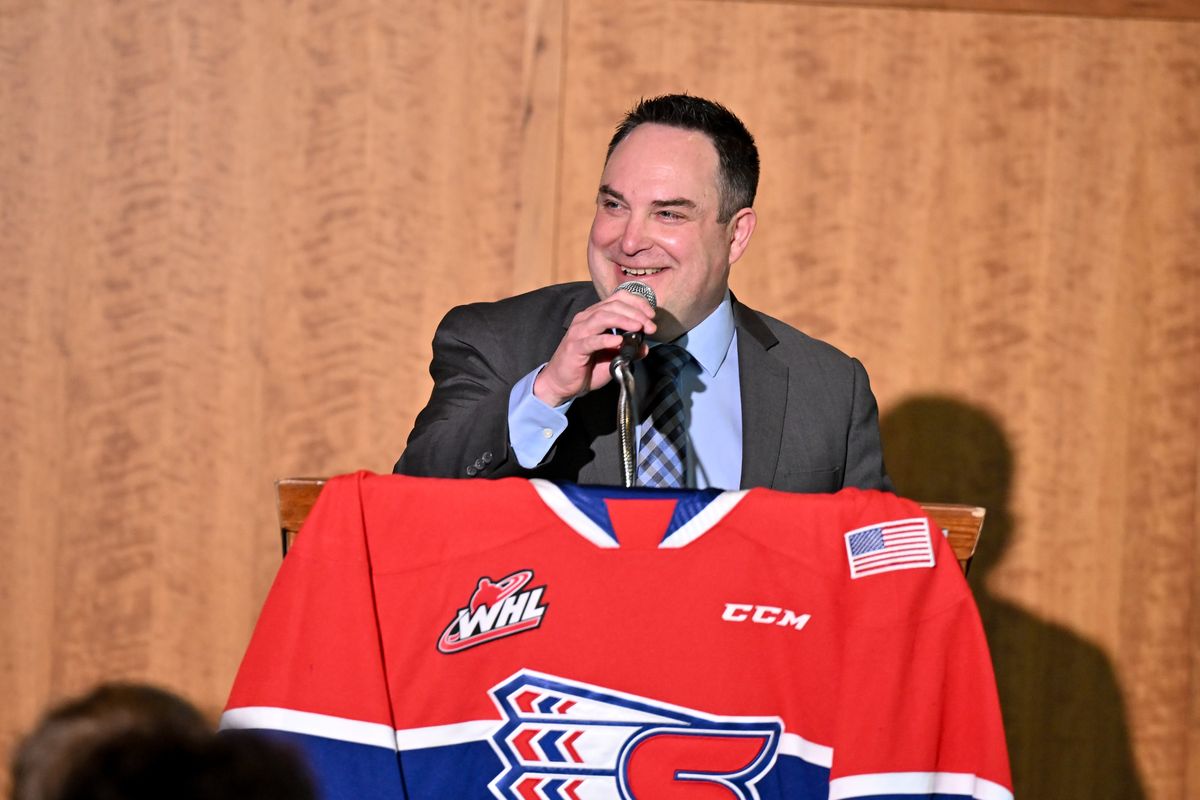 Bardsley, who by his own account started in hockey management as a Zamboni driver and worked his way up, brings a wealth of experience as a scout and administrator in the Western Hockey League.

He spent 18 seasons with his hometown Portland Winterhawks in a variety of duties, beginning as a scout in 1999. He was named director of player personnel in 2007 and later assistant general manager in 2013, helping the Winterhawks win the 2013 WHL Championship, their third of four consecutive trips to the league finals.

He left Portland to take the general manager position with the Kamloops Blazers from 2018-21, winning B.C. Division titles in 2020 and ’21, and was the architect of the team that bounced the Chiefs from the playoffs last week.

“I personally feel having Western Hockey League experience is really, really important,” Brett said. “You know, someone who’s been on the buses. This is a hard job. It’s a hard industry.”

Citing a desire to move back to the states with his wife Stacy and two young children, Bardsley spent the past year as a scout for the Philadelphia Flyers. He relished his opportunity to work in the league.

“Over my time in Portland and Kamloops, we were trying to develop players to the NHL, but to actually be at that level, and kind of seeing more of the finished product – I think it’s going to help going forward, because once you’re in it, then you really get to see, ‘OK, this is what it really takes and this is what you have to do.’ ”

Bardsley appreciates that so much of the Chiefs’ recent success sending players to the NHL has come from Spokane-area players such as Tyler Johnson, Kailer Yamamoto or Derek Ryan.

“It shows that you can do it and (having) somebody that’s fairly recent, graduated from the program having success … and even (their) route to the NHL, it doesn’t mean you have to be a first round NHL pick.”

Bardsley’s strategy centers around preparing the athletes, coaches and staff for success at their current level and giving them the tools to succeed at their next level – wherever that might be.

“It’s providing them with the with the proper resources that they need,” he said. “I think it’s something that you have to maintain, you have to work at it. Sometimes development is even putting players in situations where they’re challenged – even if that means unfortunately we lose a game or something.

“I think if you’re developing the right way, that’s gonna help take care of some of the wins.”

Fellow forward Bogdan Trineyev also signed a tryout agreement with the club. Both players are Washington Capitals prospects who were selected in the 2020 NHL draft.

Hughes, 20, was the Chiefs’ leading scorer this season, posting 67 points (24 goals, 43 assists) and earning U.S. Division second-team all-star honors. He was named the 35th captain in team history in January.