A GRIP ON SPORTS • A Sunday morning on the cusp of summer seems like a good time to stop and smell the cup of leftover 7-11 coffee. And share what we are thankful for this time of year.

• First and foremost, we are thankful it’s not winter. And there is warmth to enjoy. Even a bad day in May is still pretty good, if you are willing to remember what mid-January can be like. And we do. At least our back does.

Mid-January is also mid-NBA and mid-NHL seasons. Mid-May is mid-playoffs. Advantage May. Playoff basketball and hockey are just better. We know why, of course. Urgency and finality are great motivators. 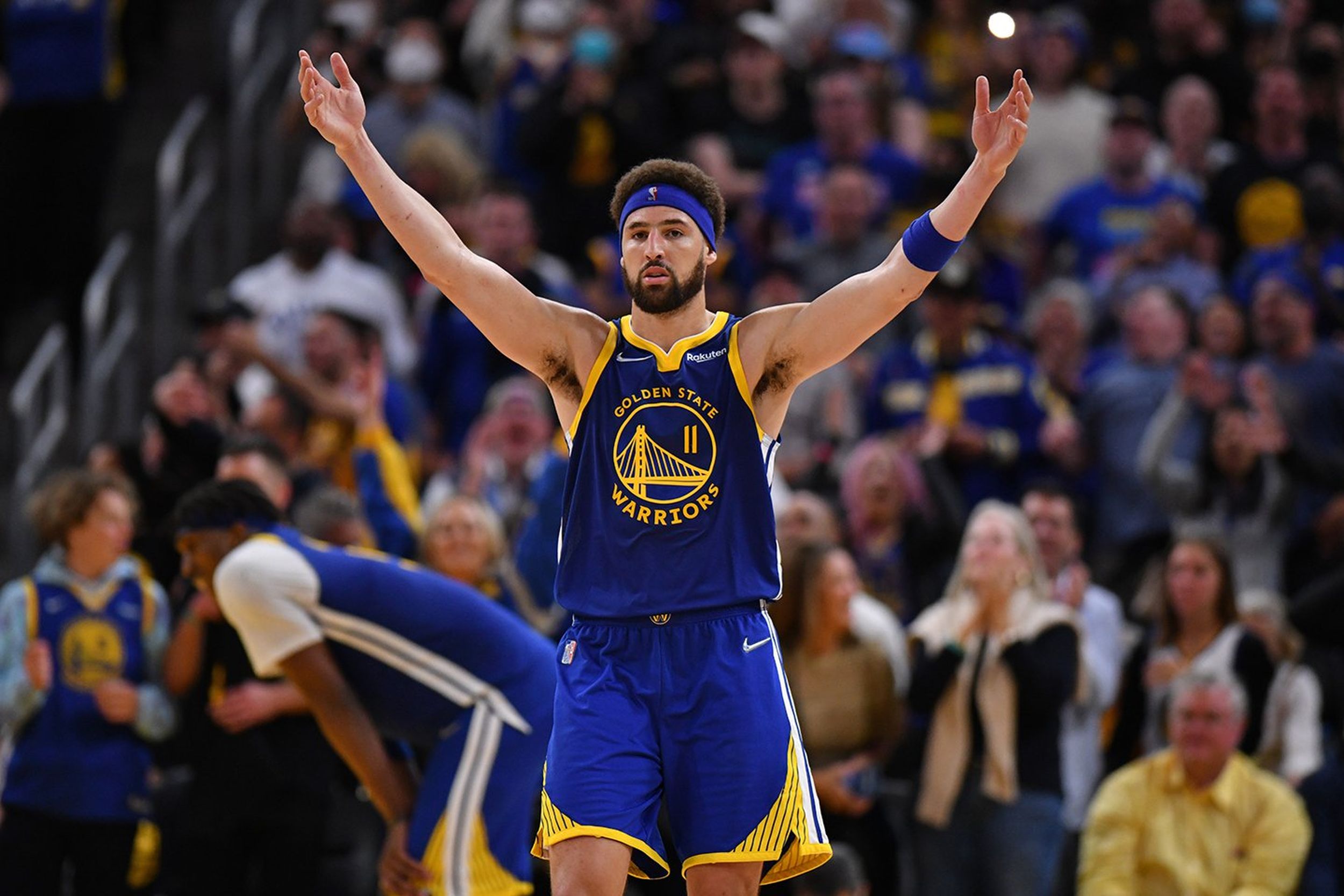 Friday night we watched Golden State and Washington State alum Klay Thompson eliminate the Memphis Grizzlies. It’s funny. The Warriors – including Klay – have become the veterans of the NBA. How did that happen? It was just yesterday, seemingly, when we first met Thompson, a 19-year-old freshman looking a bit lost on the Palouse. Now he’s 32 years old and the guy Golden State relies on in crucial moments. Time doesn’t just fly, it is an Elon Musk-like rocket.

Considering Thompson missed most of the past couple years to injury, his success in the playoffs has been gratifying. Unless you’re a Memphis fan. 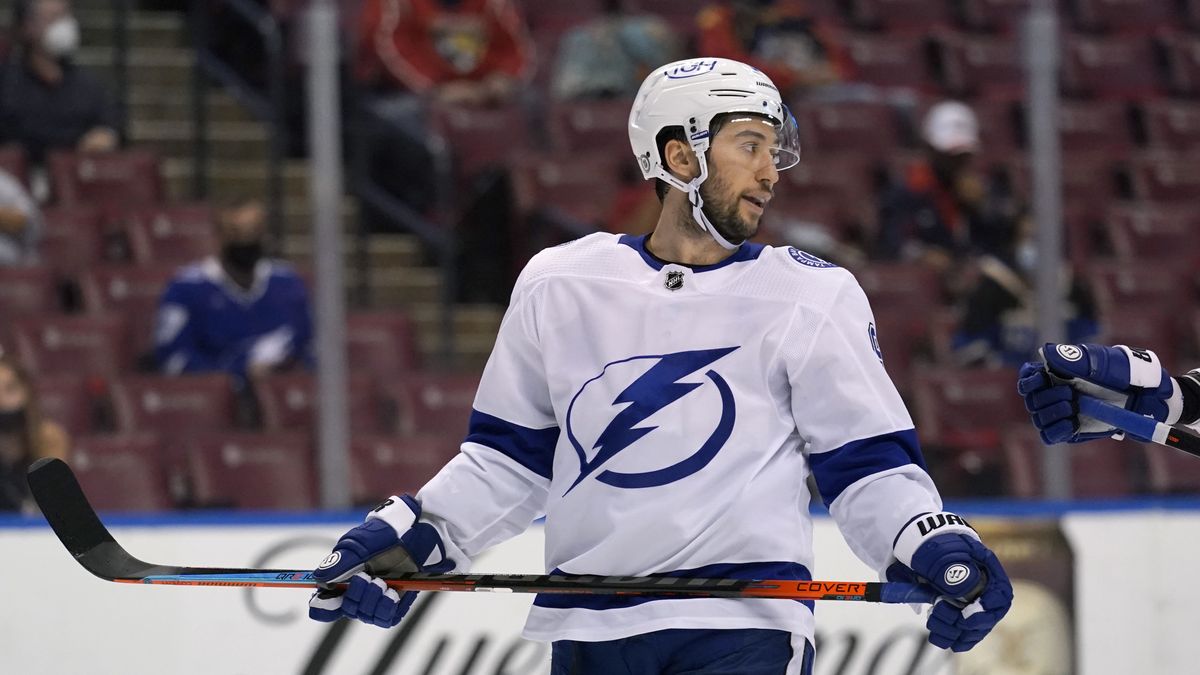 The NHL had three first-round series reach the magical seventh game Saturday night. We went into the evening rooting for three teams. All three lost. It is enough to make us wonder if we are a hockey jinx. No, that can’t be true. The past two years we were rooting for Tyler Johnson and Tampa Bay. The Lightning won back-to-back titles. No jinx here. But if they win a third, we will not be all that excited. Johnson is no longer on the roster, so let someone else win, will you?

Speaking of jinxes, last Friday was one of those Friday the 13th days. When we stopped at In-n-Out for lunch our receipt number was 13. We almost skipped our meal. Seemed too much of a coincidence. Thankfully we didn’t. The two burgers were exceptional.

Even with In-n-Out available, and warm spring weather with nary a cloud in the sky, we won’t be sad to leave California and head back to Spokane.

Home is home, right? The familiar is always welcome, from the firmness of your bed to the warm embrace of the local potholes. Life in Spokane is always good.

We should be able to enjoy life. And that’s always worth being thankful for, right?

• You know what seems weird right now, though? The lack of news from our local colleges’ athletic department. We know May has traditionally been light on such things – when we were covering the Cougars, it is when we took our vacation – but the transfer portal has changed the usual schedule.

We’re guessing it’s just a pause. And the news will begin to flow like the Spokane River in early April once again.

And give us even more to write about.

WSU: The baseball team fell 10-1 at UCLA. The Bruins have clinched the series. … Elsewhere in the Pac-12 and college football, if you have questions about the conference, including about the future of Cougar president Kirk Schulz, Jon Wilner answers them in the Mercury News. … Jon also previews Monday’s conference meeting. … Utah’s offensive line will have to be solid from the get-go this fall. 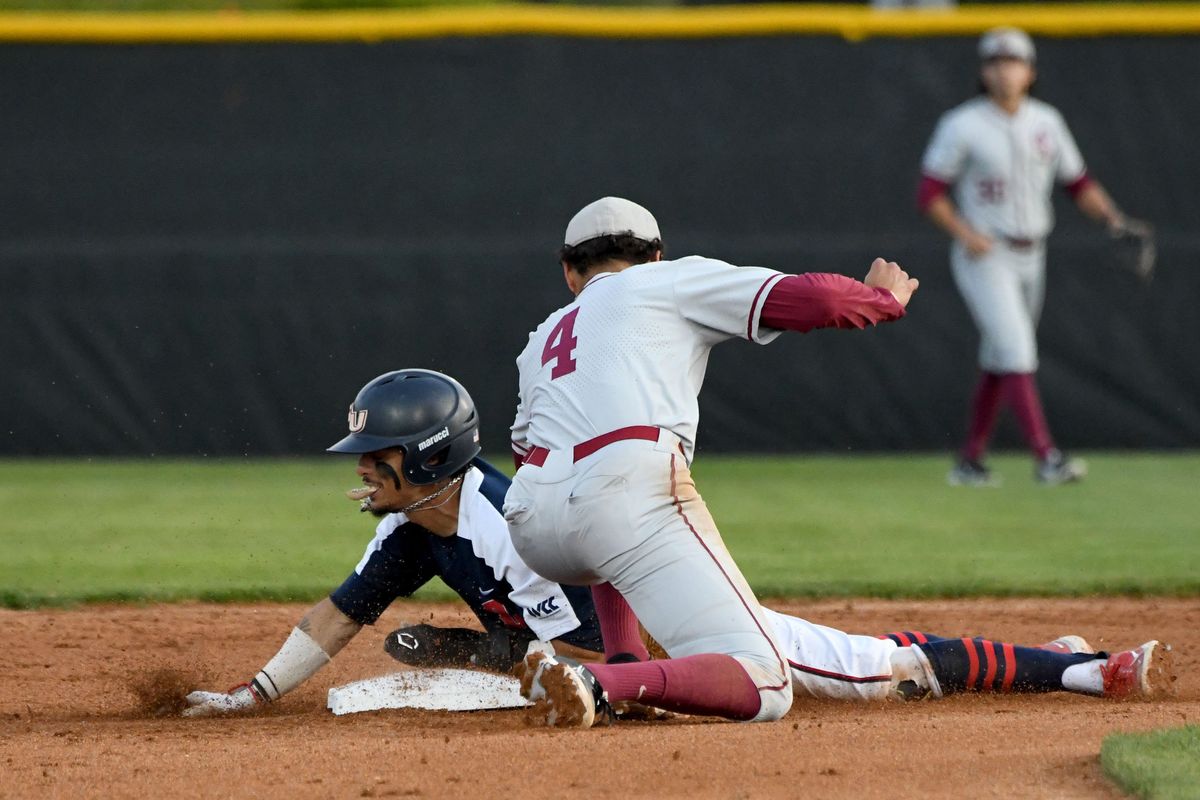 Gonzaga: The baseball team’s late-inning magic continued, despite having a game-winning home run taken away in the bottom of the ninth. Coleman Brigman’s over-the-fence catch only delayed the inevitable 5-3 Gonzaga win. It came in the 15th inning on Tyler Rando’s two-run home run. If you are wondering why we don’t have a link, the result was too late to make the S-R this morning. … Around the WCC, a former BYU player is showing what he learned in college is important.

EWU and Idaho: Around the Big Sky, a former Montana State player is getting an opportunity with the Seahawks.

Preps: Dave Nichols has a roundup of Saturday’s action dominated by baseball and softball.

Indians: Spokane’s trip to Hillsboro hasn’t been going the best. It lost a doubleheader on Saturday. 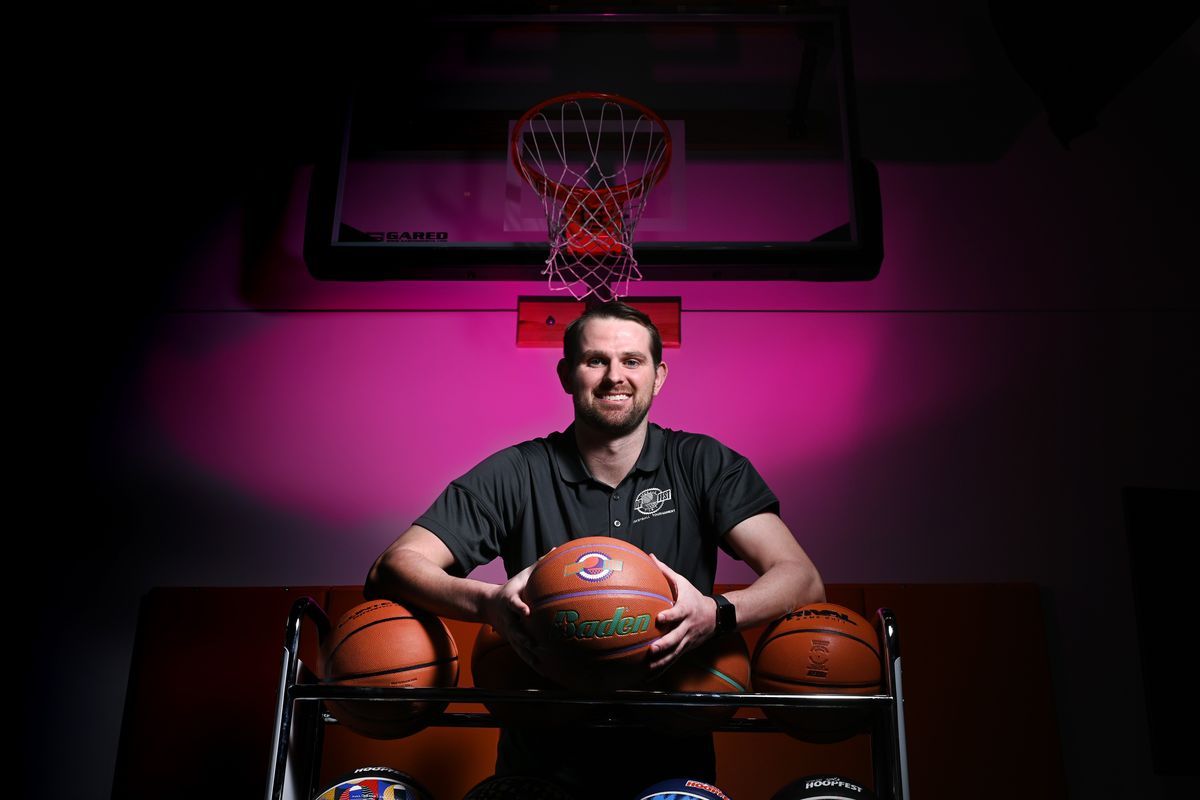 Hoopfest: Riley Stockton has been around Hoopfest since he was a youngster growing up on the South Hill. Now he’s in charge of the three-on-three basketball tournament. Dave Cook touched base with the organization’s new executive director as Stockton prepares for the event following a two-year pandemic-induced hiatus.

Auto racing: The raceway in Airway Heights is under new management. Jason Shoot tells us how it’s different as racing resumed Friday night, almost a year since it was purchased by the Kalispel Tribe of Indians. 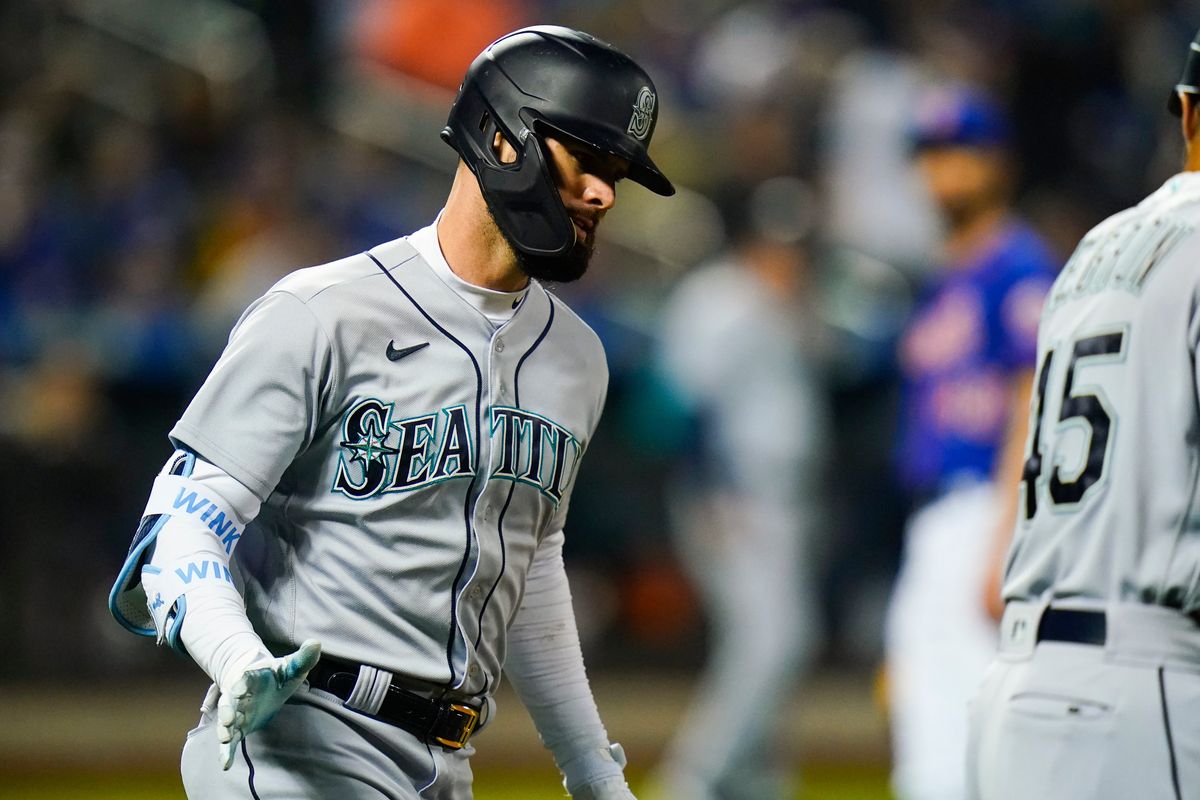 Mariners: Paul Sewald is happy to show the Mets they gave up too soon. Edwin Diaz had the same opportunity last night as he closed out New York’s 5-4 victory. Seattle rallied from a 4-1 deficit thanks to Jesse Winker’s three-run home run.

Storm: With Breanna Stewart still out with COVID-19, Seattle lost once again. This one came to the Phoenix Mercury.

Sounders: Nouhou is playing the best soccer of his career. Seattle may lose him because of that as he tries to cash in, as he should.

• We will be enjoying (dealing?) with 90-degree weather where we are today. Hopefully, we will bring back the sun when we head home starting tomorrow. Along those lines, wanting to get an early start to what will be a long drive, we may not be here Monday morning. We’ll let you know via Twitter if we are taking the day off. Or you’ll come to this space and not find anything new. Until later …