A GRIP ON SPORTS • There really is nothing better than being at home, right Dorothy? It doesn’t take a wizard to figure that out. The dinner table. The TV. The bed. All have a familiarity about them that makes coming back from a long road trip an enjoyable experience.

• It’s not all enjoyable, though, is it? There’s laundry, yard work, bills and untold other chores that didn’t get done while to road beckoned. It’s enough to make one wonder if professional athletes dread homestands. 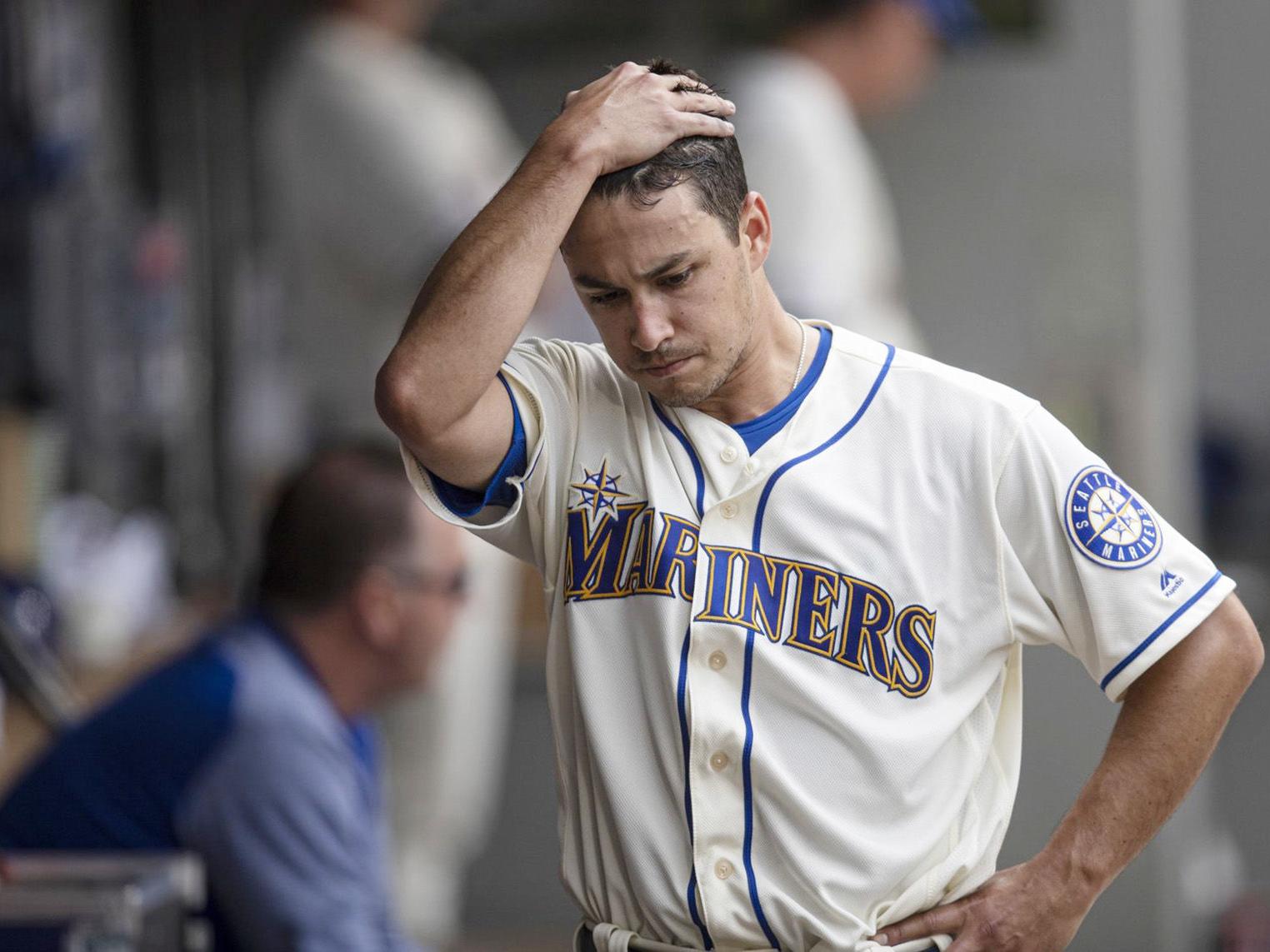 We’re sure the demands on their time outside work aren’t the same. Yard work? You think Marco Gonzales is mowing the lawn when he returns home from Toronto? Not likely. Bills? Don’t they have people for that? And then there is the laundry.

One of our fondest memories of playing college baseball is the work-study money we picked up working in the equipment cage. Laundry was a key element of that job. We washed more T-shirts and socks in the two years than we’ve probably washed since. But the guys who, you know, actually played, didn’t have to touch them.

The uniforms and all needed accessories were prepared by others. And that was just at the college level. Think about what must be done for professional athletes. When Jordan Morris walks into the Sounders’ locker room before a game, we’re 100% sure he’s not worried if his favorite pair of lucky socks will be clean or not. And at home? We’re guessing either Jordan has a dry-cleaners he uses or a housekeeper taking care of the laundry.

Professional sports can be draining physically and mentally. But the idea is to get to the highest level. And let others help take care of the off-field stuff. 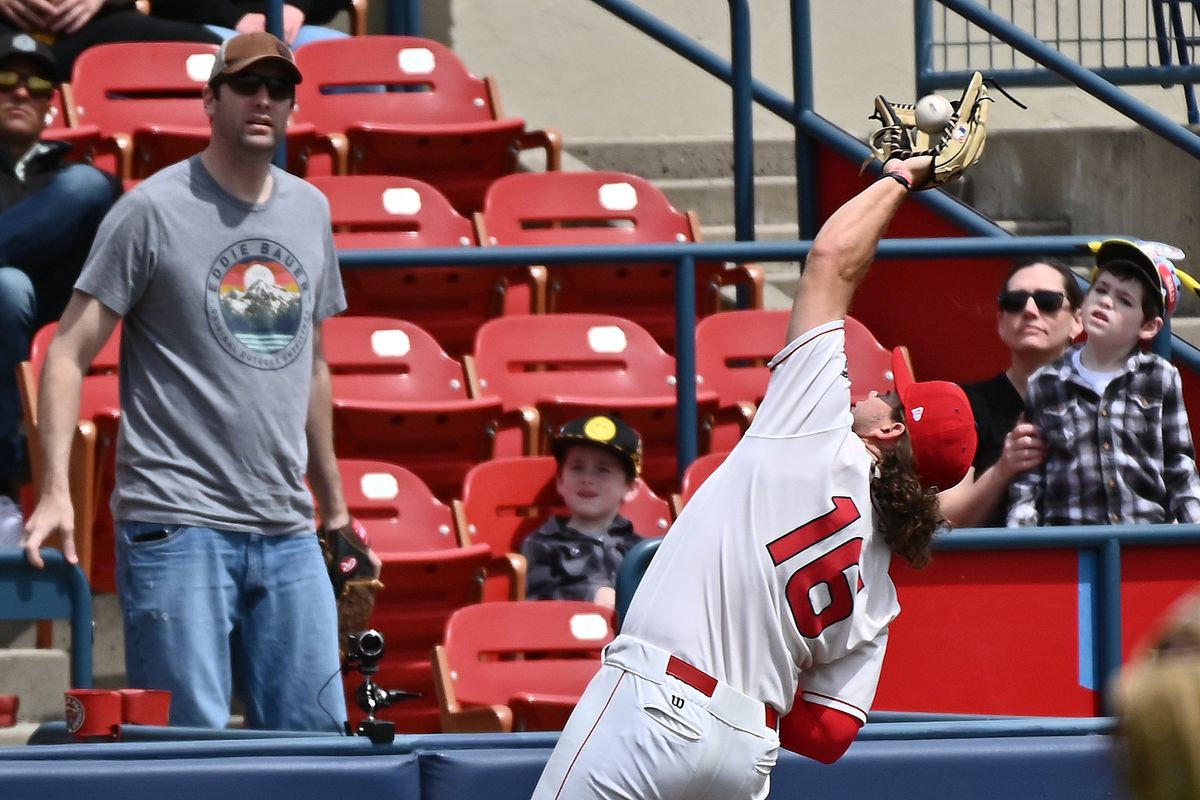 Sounds easy, right? But there is more to it than that. Take those 25 or so guys who wear Spokane Indians jerseys. The clothing they need to play is taken care of, sure. But the rest of their life is not as easy.

They return from a long road trip – riding a bus the entire way – and there are chores to be done. A clean T-shirt isn’t just going to be sitting there. They have to take care of it themselves. Their salary, barely enough to pay for food and lodging, doesn’t cover dry-cleaning or a laundry service. And, if you want to eat right, no nutritionist is stopping by to make well-balanced meals. Or even junk food, for that matter.

The next time you read about the Chiefs or Indians or Cougars or Eagles or whatever facing a long road trip, remember they aren’t just playing the sport they love. When they return home they have all the same responsibilities and demands the rest of us do returning from a trip.

And then they have to figure out how to a hit a 92-mile-per-hour slider on the outer half.

• Is there a vaccine for whatever it is the Mariners have caught this May? Maybe even Robbie Ray would take it. 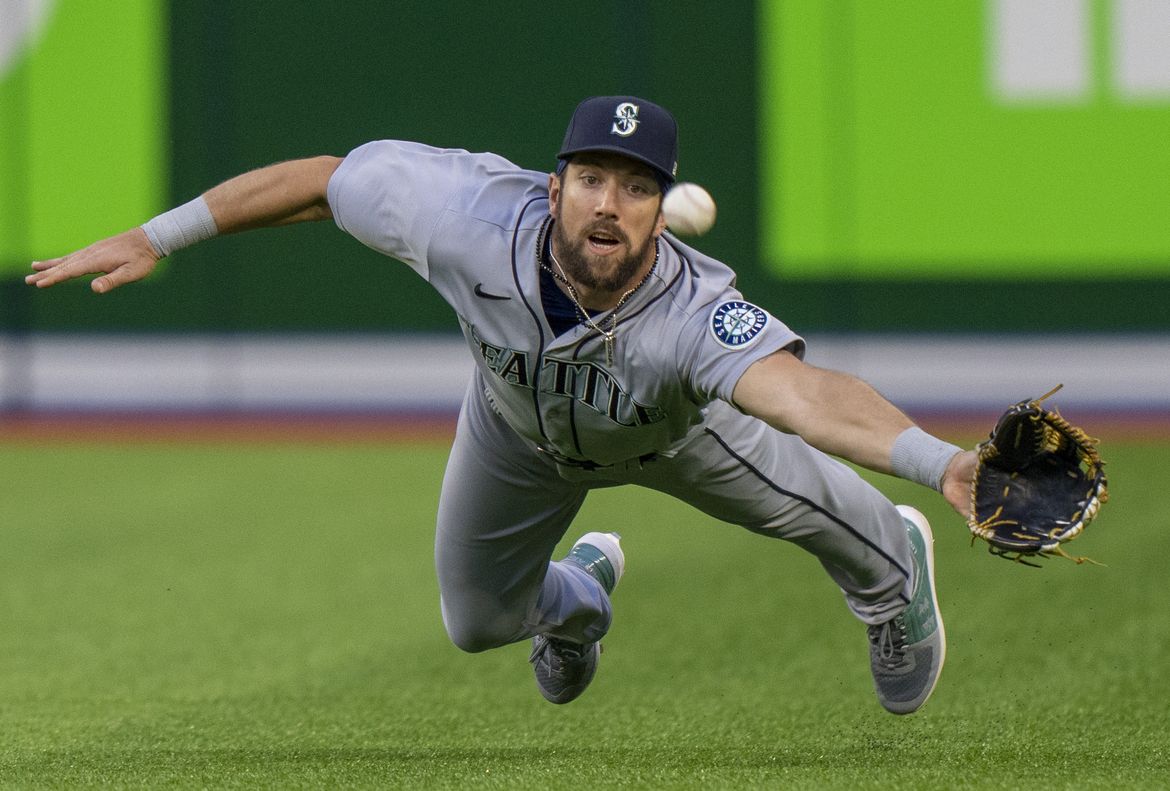 Right now Seattle is suffering from the can’t-do-anything-right bug and it threatens to derail what was supposed to be a season of promise.

It has struck everyone at some time, though some more than others. Last night it bit Steven Souza Jr., the veteran brought up to allow Jarred Kelenic to find his own cure at Tacoma.

But Souza, who had an uber-healthy game at Triple A, seems to have been infected by the big league club’s woes. Not only did he ground into a rally-killing double play in the top of the second inning, he misplayed a two-out fly ball in the bottom of the inning, leading to all the runs the Blue Jays would need to infect Seattle with another defeat.

Maybe Jerry Dipoto should hand out K-95s to every player who enters the clubhouse right now. The way the season is going, it might be the only hope. 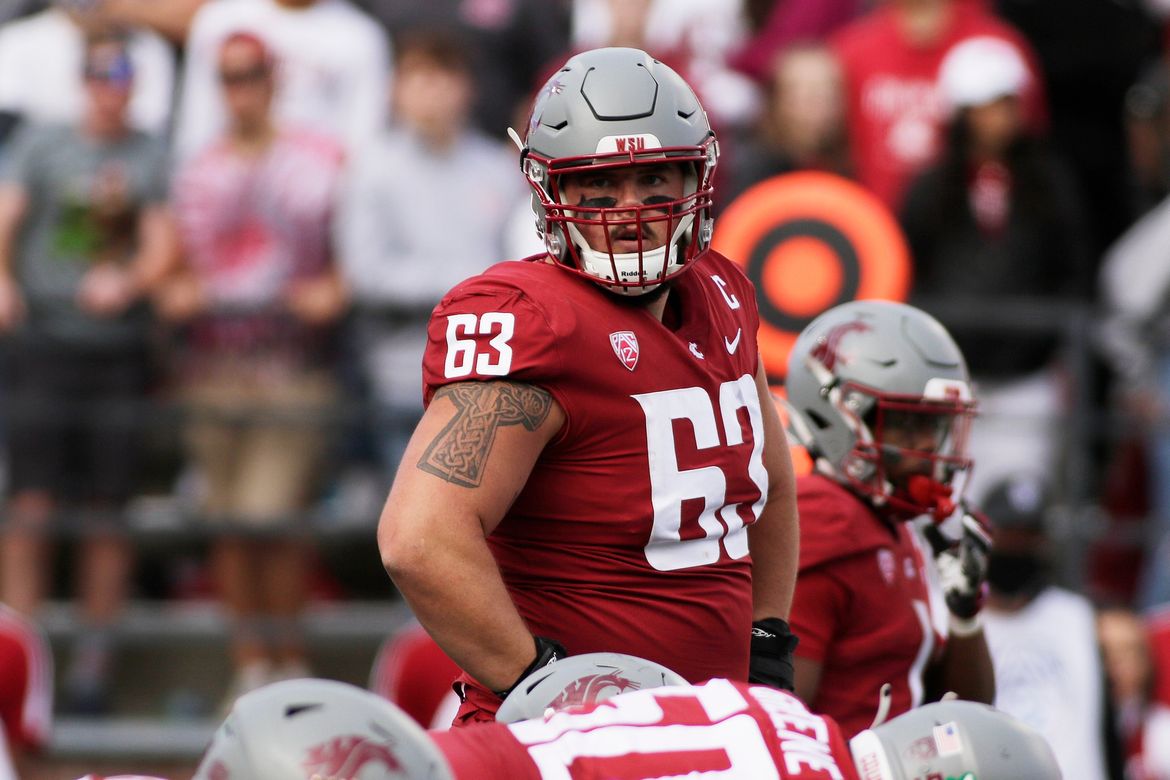 WSU: Liam Ryan spent the last few years helping the Cougar offensive line do its job. Now he has an opportunity to the same with the Seattle Seahawks. Colton Clark has more on the Washington State alum earning a shot in the NFL. … The Cougars haven’t needed tight ends much the past decade. Now they do. As Colton tells us, they’ve added another one to the roster. … Elsewhere in the Pac-12 and college football, recruiting never ends, does it? … Is there a coach who isn’t pleased, at least publicly, on the offseason accomplishments? … Washington picked up a linebacker. … Oregon has lots of options at the receiver spots. … The Ducks learned their opener’s kickoff time. … Oregon State should be better in the secondary. … In basketball news, Oregon State has added a Georgia transfer. 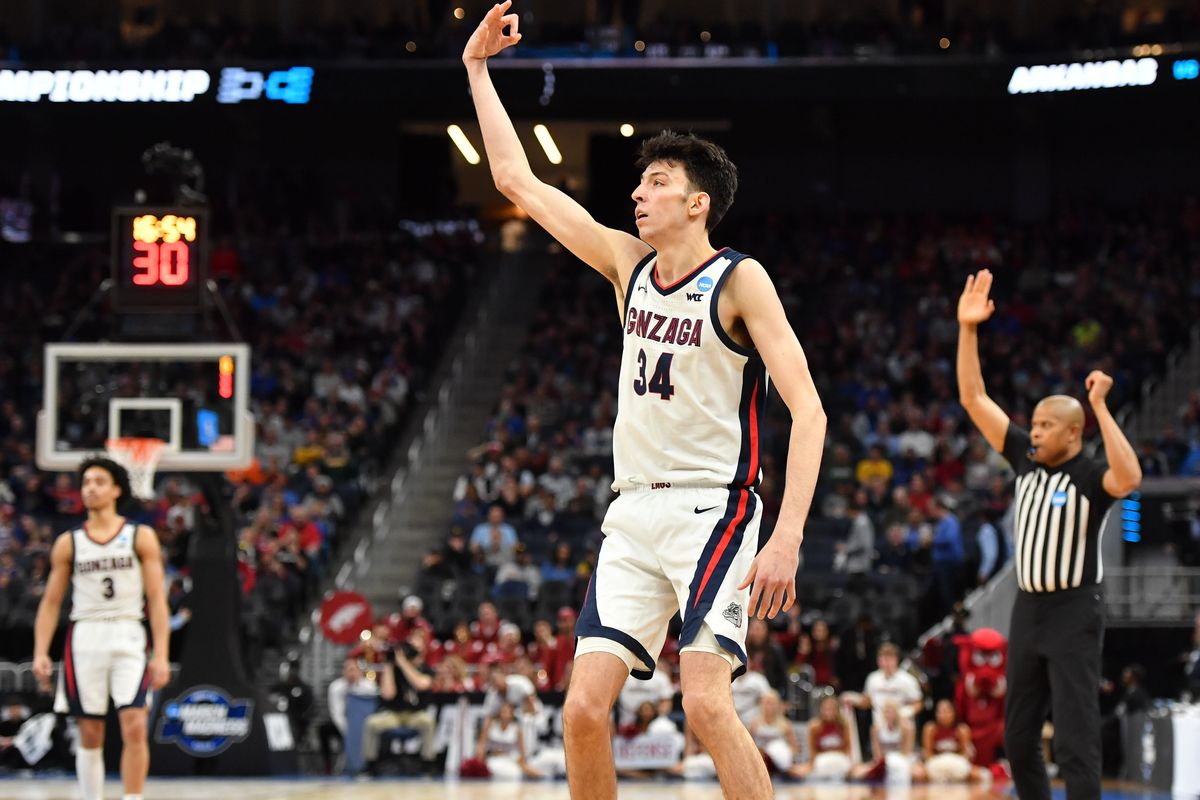 Gonzaga: The NBA held its draft lottery last night and Orlando won the top pick. Could that mean Chet Holmgren could be teaming up with Jalen Suggs again? Wait. Isn’t Holmgren going to have an epiphany about life in Spokane and return to GU for another season? Just kidding. Theo Lawson has more on the chance Suggs and Holmgren could re-create their Minneapolis days in Florida. … The women’s team dipped into the JC ranks to help their inside game for next season. Jim Allen has this on the newest recruit. … Just when it looked as if the comeback kids would do it again, they didn’t. The 10th-ranked baseball team scored three in the eighth to take a one-run lead but gave up two in the bottom of the ninth and lost to host Oregon 5-4 last night. … Around the WCC, has BYU solved its scoring issues?

EWU and Idaho: Around the Big Sky, we have more on Randy Rahe retiring at Weber State. It’s a family thing. 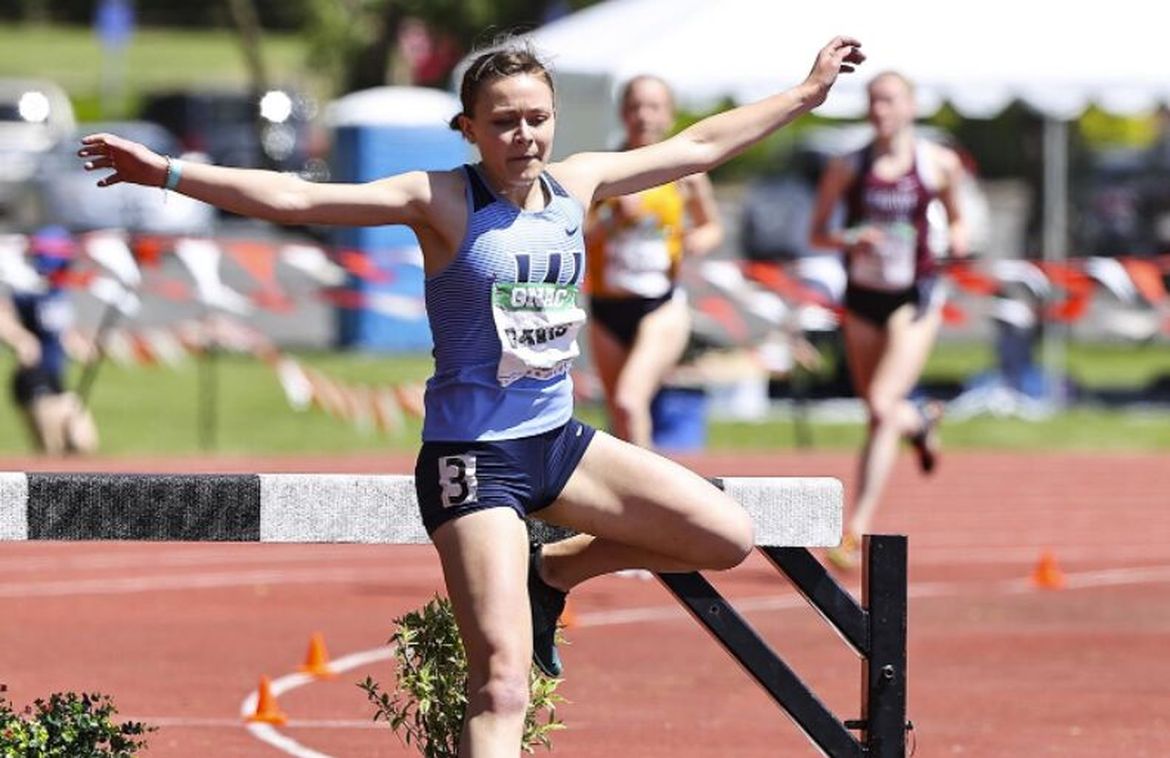 Preps: Mike Price is still a well-known name in these parts. The former WSU football coach has teamed up with his son Eric and Daniel Akey, son of his former defensive coach Robb, to tutor local quarterbacks. Dave Nichols has this story on what they have done and what they have planned. … Dave also has a roundup of action from Tuesday. … But not golf. Nope, Jim Meehan takes care of that. Jim has this story on the district playoffs in Washington and this one on the State tournament in Idaho. … Former Lewis and Clark High track athlete Ila Davis is still shining at the college level. That news leads off the S-R’s local briefs for today. 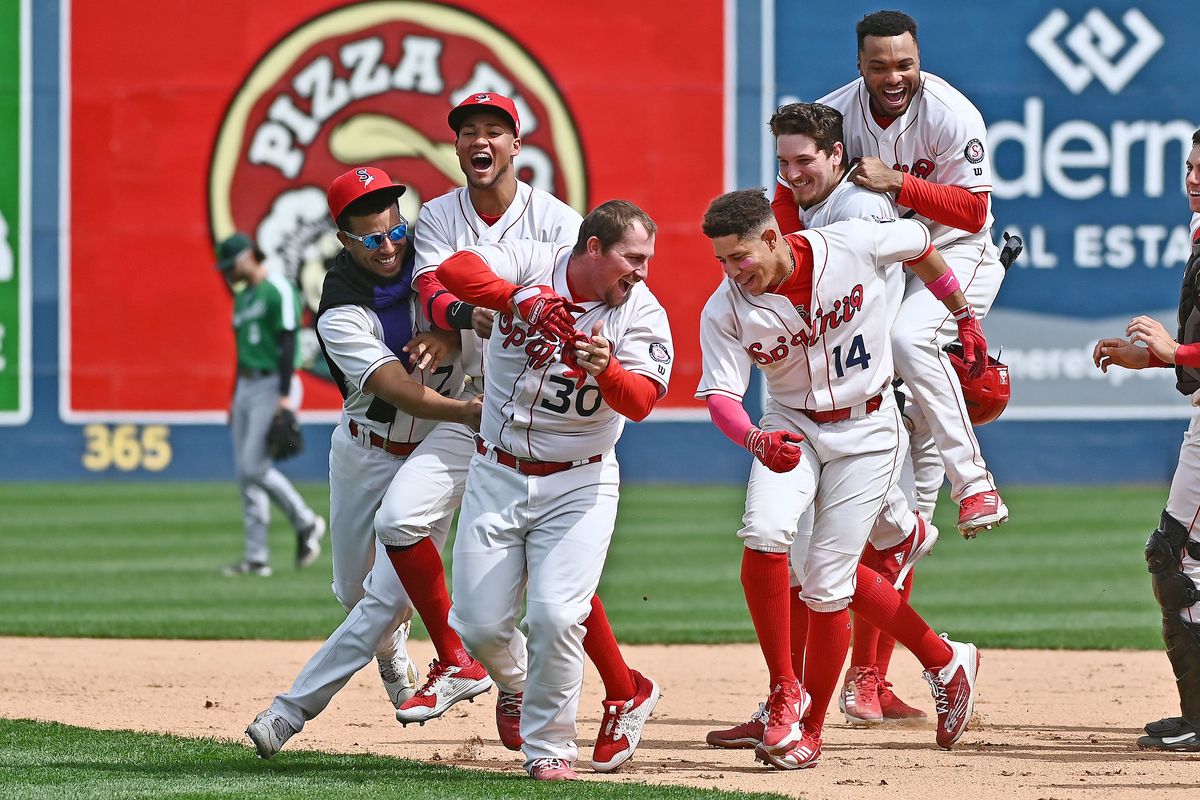 Indians: Spokane played a day game yesterday. For nine innings neither the Indians nor Eugene scored a run. The 10th was different, however, with Spokane pushing across one and taking the opener of the six-game series. Dave returns with this game story.

Mariners: The best news out of Toronto? J.P. Crawford isn’t badly hurt. It looked as if he might have been in the 3-0 loss but that wasn’t the case. The other good news? Logan Gilbert was tough to hit once again. … We can pass along some answers to pressing questions. … Eugenio Suarez is happy to have hit 200 home runs.

Seahawks: Speaking of questions and answers, today seems to be the day to care of them. Even those about free agency.

Sounders: Wonder where the Sounders rank in money spent among their MLS peers? Here’s your answer. … We agree with this. … The U.S. men and women will earn equal pay from now on.

Kraken: What should teams do, try to win now or build for the future? How about both?

Handball: The Podium reached agreement with USA Handball to host the next two Open and Junior championships. Kip Hill has all the details in this story.

• One good and one bad thing about coming back to Spokane. The bad? Where the heck is the late-spring warmth? It is colder than it should be right now. The good? Well, gas prices are a lot cheaper here than where we’ve been. And everything is still green. That is not always the case this late in May. Until later …