Once our editors knew a high school class project on persuasive writing was going to be a front-page story on how creative teachers coach traditional topics in very non-traditional ways, we wondered how to illustrate the story in an equally creative way.js

That's where the idea of recreating the classic Breakfast Club movie poster began. We knew there was a chance none of the students knew of the movie, let alone watched it.

It made shooting the photo for today's front page memorable. What sticks out is how everyone was having fun and laughing, immersed in what it’s like to have Halloween in May.

Dressed and positioned like the movie characters, printouts of the movie poster reminded them not to smile. But they couldn’t help it, because it was all such a good time. As cool as it was to recreate that classic shot, the best photos are the ones with them laughing and living in the moment.

We loved having this group of students hang out with us that night. We hope our readers enjoy their thoughtful words as much as we loved finding a way to present them.

Don’t underestimate the power of the written word, especially when the writer is a student in Kelly Kiki’s English class at North Central High School.

As the pandemic ground into its second year, Kiki was casting about for ways to motivate students.

Among the less-obvious casualties of COVID-19 was its suppression of expression. After months of remote learning and face masks, many teens were understandably reluctant to put themselves out there.

It was as if they’d lost their voice – spoken and written – and morphed into wallflowers.

“The last two years of teaching haven’t been easy,” said Kiki, who teaches English at North Central. “Basically I am baffled daily by how little kids will push themselves to do. So I came up with this idea.”

Kiki assigned his students to write Letters to the Editor at The Spokesman-Review. The topics they chose: mental illness, homelessness, drug addiction and the high cost of housing.

They were inspired by relevancy, the chance to affect real-world problems, and a visit from Spokesman-Review Editor Rob Curley. The students – all juniors – conducted research, interviewed people and wrote with a passion bottled up by the pandemic.

One student, Nathan Burkhart, found that crime, and especially violent crime, has escalated in recent years.

In his letter, Burkhart noted statistics along with his personal experience of being “in the presence of multiple altercations with lethal weapons involved.”

Burkhart continues with statistics on auto theft and pointed out that his father’s truck was recently stolen from in front of their house.

He argues that personal awareness will help lower crime rates. And Burkhart would like alarms or sirens mounted to telephone poles as a tool for deterrence and enforcement.

“This allows for attention to be drawn when criminal activity is active,” Burkhart wrote. “This in turn would offer additional witnesses that might otherwise not get involved to protect their own safety and the security of others as well. It might be a new look at updated Block Watch.”

Classmate Morgan Howard examined the problem of homelessness, and found that it’s often linked to another scourge – drug addiction.

“We talked a lot about this in class: What have you learned?” Howard said. “I learned that there are more homeless shelters than I knew about. But the hardest part is to get the people who are addicted to go to the shelter.”

Howard said she’s “watched more kids fall under drugs, seeing the impact it took on them.” Her suggestion is to offer financial support to programs like Rick Clark’s Giving Back Packs. 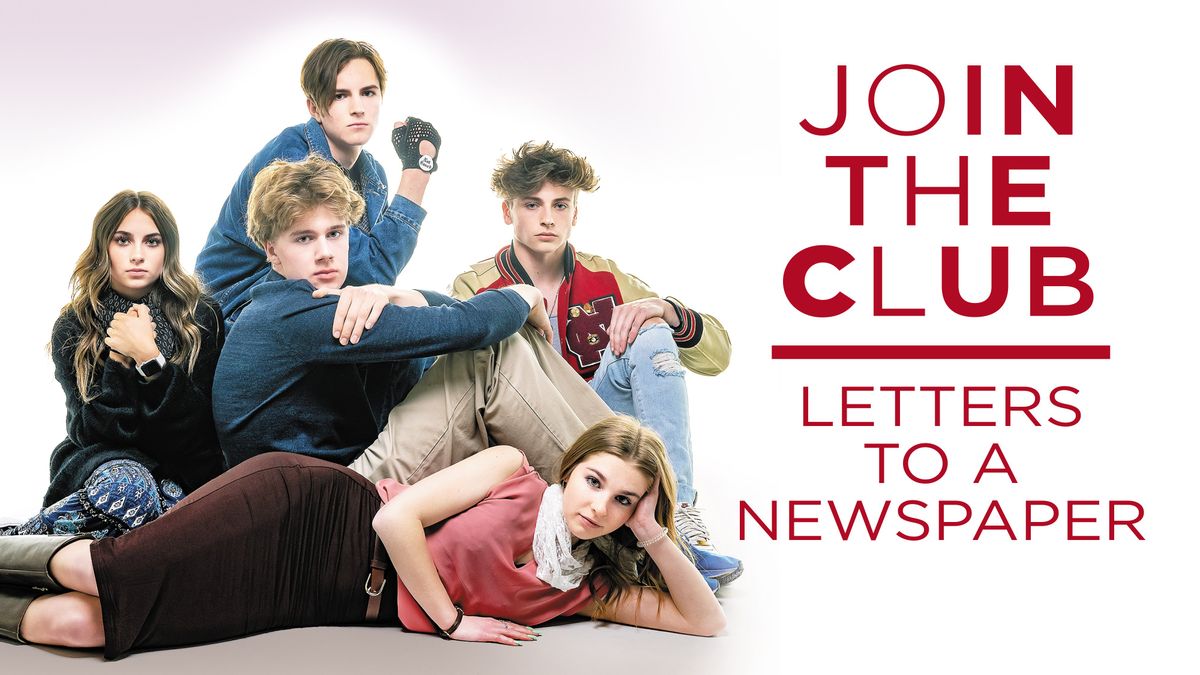 “Sponsored backpacks would contain simple foods, water bottle, toothbrush/toothpaste, hairbrush, and bus pass, focusing on the basic needs to help them move forward. We should be doing everything we can to keep hope in their hearts,” Howard wrote.

Frustrated by the threats of homeless men in the neighborhood, Whitman wrote that he’d like to see loitering laws “taken more seriously.”

His letter continued: “Spokane spends a lot of money on improving downtown. Spokane should stop and take a break to focus on managing the homeless situation. What is the point of making downtown great if no one wants to go down there?”

At the same time, Whitman acknowledged that “Spokane is working on addressing the homelessness issue in Spokane.”

“But, unfortunately, the speed needs to be viewed as an emergency for all parties,” Whitman wrote.

Brian Thompson took up a less-controversial topic – the importance of more green spaces and their positive effect on mental health.

“My dad has PTSD, which has greatly affected his life and makes every day more stressful for him – and us,” Thompson wrote.

“Fortunately, Nature has been a very helpful way to decompress,” Thompson added. “With PTSD, a form of a mental illness, it is important that folks like my father seek support.”

In a pitch to preserve or add to green spaces, Thompson cited a study showing that children who grew up in areas lacking green space had a 55% greater chance of developing a mental illness.

“When I’ve gone to a park in Spokane, I don’t think I’ve seen a single frown,” Thompson said.

At North Central , students who qualify for free and reduced lunch would see an increase of more than 10%,” Leonard wrote. “Lewis and Clark, before the changes, was the richest school in the district, and after will become even more so – further polarizing Spokane schools.”

Leonard hopes the school district will utilize student survey data, academic success, and the quality of community that is created in the school setting. It should be monitored and compared to the years before the boundary changes.

Leonard also offers his take on how the district should act. He writes: “The differences, if any, should be compared to the benefits of the new boundaries by not only the school board, but also the families that are affected by the decisions made by the school board.”

Meanwhile, Emily Todd had some inside help as she tackled the issue of affordable housing in Spokane. Her father, a Realtor, explained the dynamics of the housing market.

“I learned that the housing prices are going to stay up as long as people keep buying them at high prices,” Todd said.

“As much as I would love to see the housing prices go down, I see why investors, real estate agents, and residents want them to stay up,” Todd wrote in her letter. “The reason is because, if you bought a house for a certain amount of money and it goes up 10% each year you would have $20,000 in appreciation, so in a few years that number increases.”

However, Todd tried to see beyond the market economy, encouraging local governments to encourage and subsidize the construction of more housing.

Personal experience drove Zachary Roubideaux to write about drug addiction and the damage it wrought on his family when his brother became addicted to opioids.

“If you were to look at him at the time, you would have no idea the struggle he was going through,” Roubideaux wrote. “On the outside he was a popular football player, but on the inside, he was just a person struggling with drug addiction.”

“My point was to show awareness to the issue and give help to the people who need it,” he said. “And that how easy it is to get addicted at this age.”

Roubideaux’s letter closed with a powerful call to action.

“Finally, what I am asking is that kids, adults, teachers, parents, and others to realize these grave issues,” he wrote. “All we need to do is bring awareness to this. We cannot wait until this becomes everyone’s big brother before we stand together to fight addiction.

“It will be a challenge but not near the challenge of watching it in your own home.”

Don’t underestimate the power of the written word, said Kiki, especially when the writer is a motivated and inspired student.

A little over a year ago, I went on a camping trip with my family. This trip was particularly important to me because I was able to bond with my father while hiking. We had long conversations; he taught me how to throw knives. Most importantly on this trip, I got to see him relax and freed from mundane life. | Read more

Breaking rules: Why does this continue to happen?

Creating a home for everyone

You can’t solve it, but you can manage it

When I think about drug addiction with teens, I think about my older brother when he was in high school. If you were to look at him at the time, you would have no idea the struggle he was going through. On the outside he was a popular football player, but on the inside he was just a person struggling with drug addiction. | Read more

Not only has COVID-19 taken a lot away from us these past few years, but it has also made life difficult. It has had an impact on everyone and everything. Now that the pandemic is slowing down, we can focus on our own personal recovery. The layers in this recovery will be the greatest challenge as many seek a return to “normal.” | Read more

Teaching is a gift. Personally, my teaching career has been filled with so many memorable moments to hang my hat on. However, I can count on one hand the moments that feel like they defined my more than 20 years as an educator. | Read more