A GRIP ON SPORTS • There have been indications the past year the Pac-12 Conference has changed. Markedly. Wednesday we were treated to evidence of just how much.

• George Kliavkoff was hired to lead the conference 53 weeks ago. At the time, if there was a sixth place among the Power 5 conferences, the Pac-12 would have been the frontrunner for it. Leadership? None. National impact? Even less.

Fast-forward to yesterday. The NCAA announces conferences could decide their football championship game participants anyway they wanted. Within minutes, the Pac-12 announced it was changing from pitting its division leaders to the schools with the best conference winning percentage.

Those two words tell you all you need to know about the new Pac-12.

Immediately, as in no dithering about making alterations, because the conference office had been looking ahead, anticipating change. Effective, as in leading the way, something the conference did, nationally, in proposing and pushing the NCAA for this change.

Kliavkoff put the Pac-12 first here. In football. Not table tennis. Or in China. Football in the good ol’ U.S. of A.

Being forced to pit divisional winners against each other worked against the Pac-12 more than any conference. The depth of high-end teams is usually not great. Often times the two best are in the same division – think Oregon and Stanford or, the Gardner Minshew year, Washington and Washington State. Playing a game based on geography instead of ability seems antithetical to success, doesn’t it?

Kliavkoff and his minions agreed. So they set about changing it. Their work was successful. And they responded quickly. 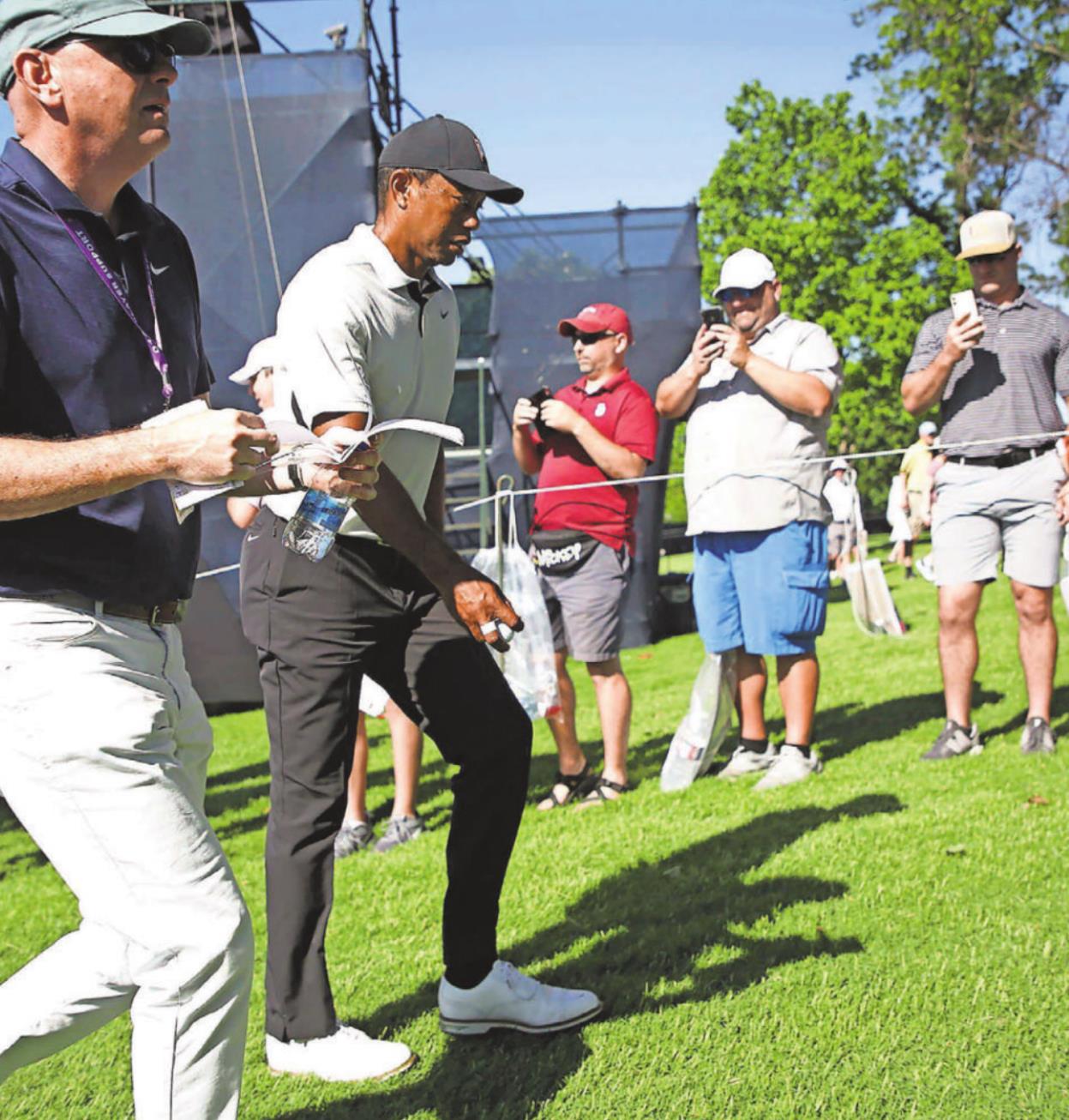 • Watching Tiger Woods walk down the steps toward his ball on the 10th fairway this morning, we felt a touch of empathy. A no-longer young man, whose body has been through more than most, struggling a bit. We understand.

Never have we played golf anywhere near Woods’ level. But we have, recently, limped a little descending stairs. It’s not fun. It’s challenging. It’s life. Tiger Woods’ life these days.

Win or lose this week, Woods is a champion in a lot of ways.

• We once drove completely around Southern Hills, the Tulsa golf course Woods and his compatriots are trying to tame in this weekend’s PGA Championship. We didn’t see much, as a well-manicured hedge ringed the entire place.

Would we have been able to see the most interesting feature of the course? Nope. It didn’t exist 15 years ago. But we saw it today on ESPN’s broadcast of the first round. The par-5 13th tee. It looms over the 12th green like a medieval castle over a valley.

To lengthen the 13th hole, a tee box was built in the only place possible. On the other side of the 12th green. When a group is teeing off the 13th, the next group has to wait patiently before they can putt on the 12th. 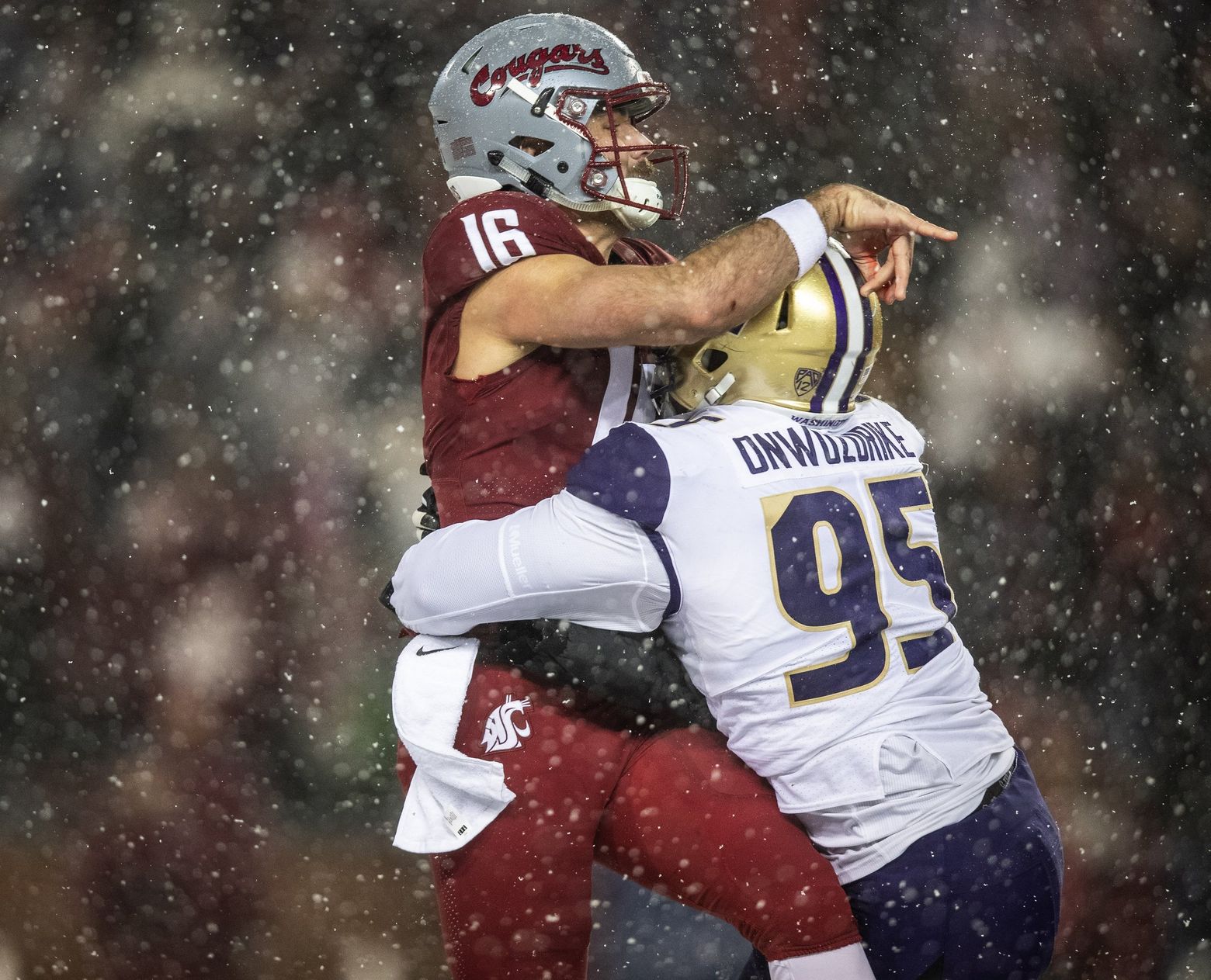 WSU: The conference Wednesday released a comparison of the actual Pac-12 championship participants and the ones that would have met under the new format. Washington State was on the latter list. Of course. We guess the change this year will also impact the Cougars. The North could be really good this season. And it would be just their luck to win a tough battle for the division title this year with a 6-3 mark. And then have Utah win the not-as-strong South at 8-1 and USC finish second at 7-2. … How should the conference handle scheduling in the future? … Elsewhere in the Pac-12 and college football, Washington had a loud spring. … Oregon picked up a punter. Now, if its quarterbacks play better, maybe he won’t have to be used much. … Oregon State is more comfortable with Chance Nolan running. … Another player has run away from Arizona…. In basketball news, Tad Boyle is ready for next season already. … Finally, will the NCAA wash its hands of the NIL/transfer mess?

EWU and Idaho: Around the Big Sky, the conference announced yesterday a new television contract with Scripps that will make more football and basketball games available to certain markets. … Montana and Montana State are both ranked in an early football one. … The Bobcats released their depth chart. … Weber State has added another basketball player to its roster. 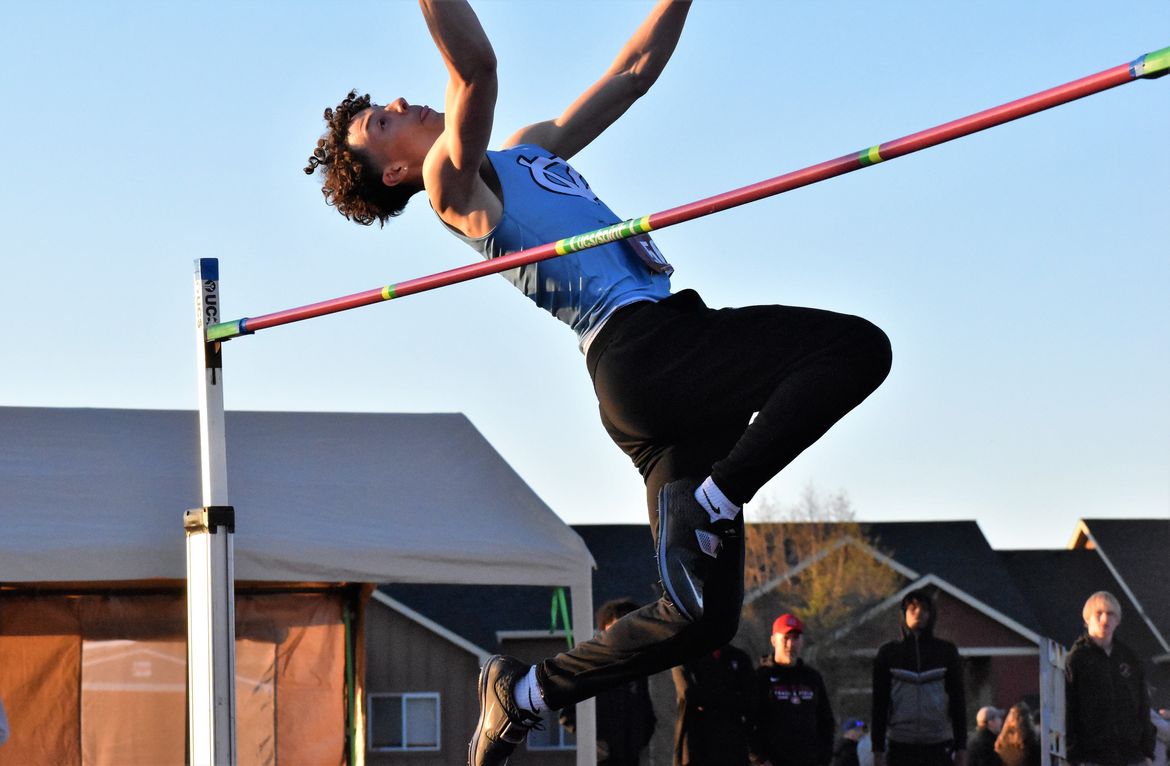 Preps: Spring sports are starting to wind down. On tap this weekend are Washington’s track districts. Dave Nichols has a preview. … Dave also has a roundup of Wednesday’s action. … One more from Dave: A look at a new golf tournament that will happen this week, with all classification’s players competing.

Chiefs: There was a draft of U.S. players yesterday for the WHL, though the Chiefs’ pick came too late to grab Mead standout Dylan Lebret. Dan Thompson has coverage of the draft that precedes the regular junior one. … Dan also has a story on a local official working the world championship. Indians: Another day, another come-from-behind walk-off win for Spokane over Everett. Dave has that story as well. … The Indians’ stadium needs improvement. But it’s obvious Spokane County and the team aren’t on the same page on how to get it done. The commissioners decided yesterday not to put a property tax on the August ballot. And may not ever. Colin Tiernan has the story.

Mariners: We wrote about Marco Gonzales yesterday. He then went out and showed we actually knew what we were talking about. The Mariners won 5-1. … The offensive struggles are real.

Seahawks: Bob Condotta examines the Jamal Adams trade now that all the draft picks have been selected. 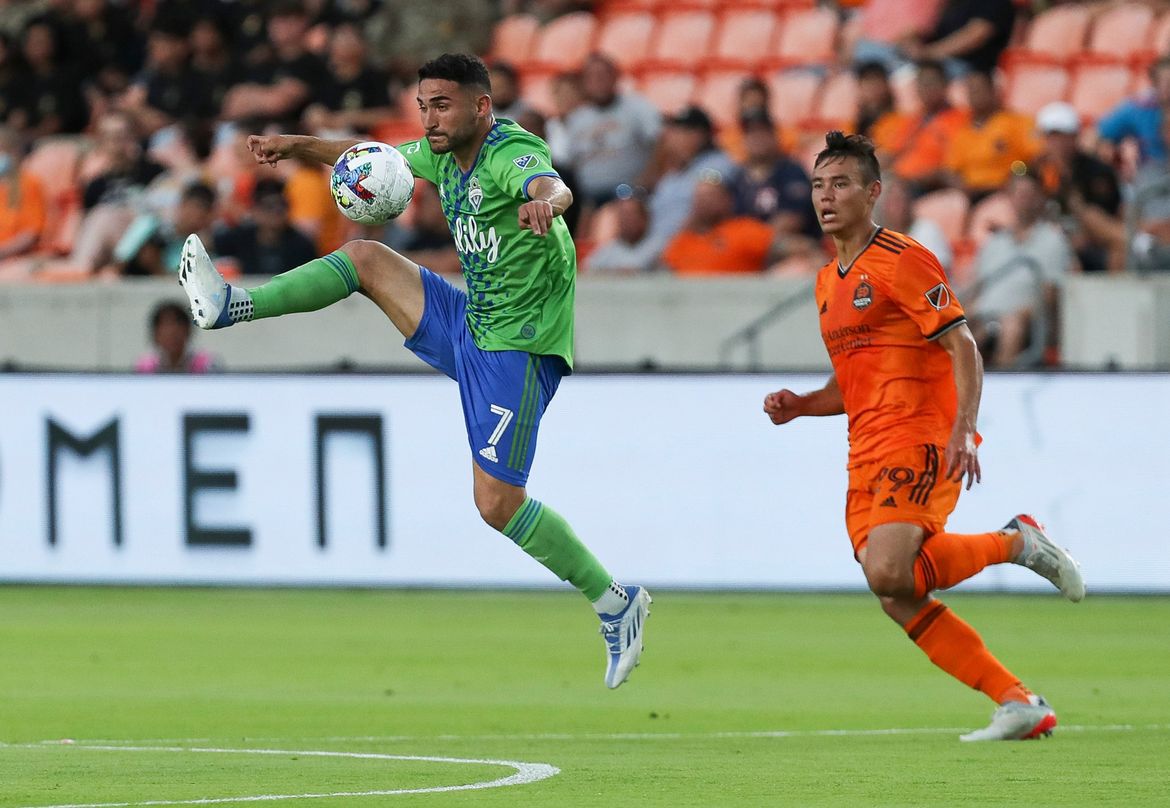 Sounders: The MLS season hasn’t started as well as Seattle might have wanted but the Sounders got back on track with a 1-0 in Houston last night. Despite some odd officiating. … We covered this subject yesterday morning.

Storm: A win is a win. Seattle picked up one last night with Breanna Stewart back in the lineup.

• Don’t bother us this weekend. We are looking forward to watching the PGA. Southern Hills looks so different than the last time we watched. So does the weather, as summer in Tulsa is markedly unlike the spring. Until later …