A GRIP ON SPORTS • Three-act plays are all the rage. Mainly because most of us no longer have the time to sit through one of Shakespeare’s five-act comedies or tragedies. Or to write them. At least with the M’s we can have both comedy and tragedy, usually in the same game. Or in a three-act play.

• Act Two, Scene One: It’s mid-June. Steve Hardy sits on his North Side porch. The weather is perfect. So is the action on the field. Rick Rizz’s voice wafts from the radio, a perfect accompaniment to a perfect day. The crack of the bat. The buzz of the crowd. Hardy wishes he could hear it, but it is overpowered by Rizz’s screaming about Mark McLemore scoring from first on John Olerud’s double. The M’s are ahead. Again. And Hardy wonders what happened to that little man who visited in February. Or was that a dream.

Lightning flashes. Thunder roars. Hardy looks up. No clouds. When he looks back down, the man is back. Standing on his porch, wearing a Giants cap.

Steve shivers. “How …” his voice trails off, leaving the question unfinished.

“Don’t worry yourself, Mr. Hardy,” the man says. “I just wanted to check in. I’m fulfilling my part of the bargain. I hope you are getting your affairs in order to fulfill your part.”

“Nothing really,” the man says, smiling a wry smiling. “Just your soul.”

Hardy frowns. This guy is crazy. He decides to humor him. “Well, it’s worth it. The M’s will win the Series and start a dynasty. I’m sure of it.”

For the first time the man laughs. An ugly laugh. Head thrown back, mouth open, a guttural noise. It chills Steve’s heart in a way he’s never felt before.

“Oh, Mr. Hardy,” the man says when he finally stops. “You didn’t read the contract, did you?”

“That piece of paper? It wasn’t a real contract. It wasn’t even notarized.”

“Doesn’t matter,” the man says, clicking his fingers. The contract appears on the table in front of Steve. “You signed it. It is binding with the Big Guy. It’s a deal he and I made long ago. As long as I fulfill my part of the bargain, I get you forever.”

Now Steve laughs. “That’s OK. I haven’t had much my entire life – except the M’s. Them winning it all this year. That’ll be enough for me.”

The man smiles once more. He grabs the contract, rolls it up and snaps his fingers. It disappears in a cloud of smoke that stings Steve’s eyes. When he opens them the contract and the man are gone.

“I’ve got to quit drinking during the day,” he thinks to himself. But what if that’s not it? What if the man is really who he thinks he is?.

Music wafts from an open window. It’s Steve’s wife, Julie, as she practices her violin. She is love of his life – if it isn’t Ken Griffey Jr.

Steve smiles. An idea is born. He’ll go to Vegas and bet everything he has on the M’s winning the Series. That way Julie will have something. He can still get decent odds.

• Tomorrow: We finally get to the fine print. 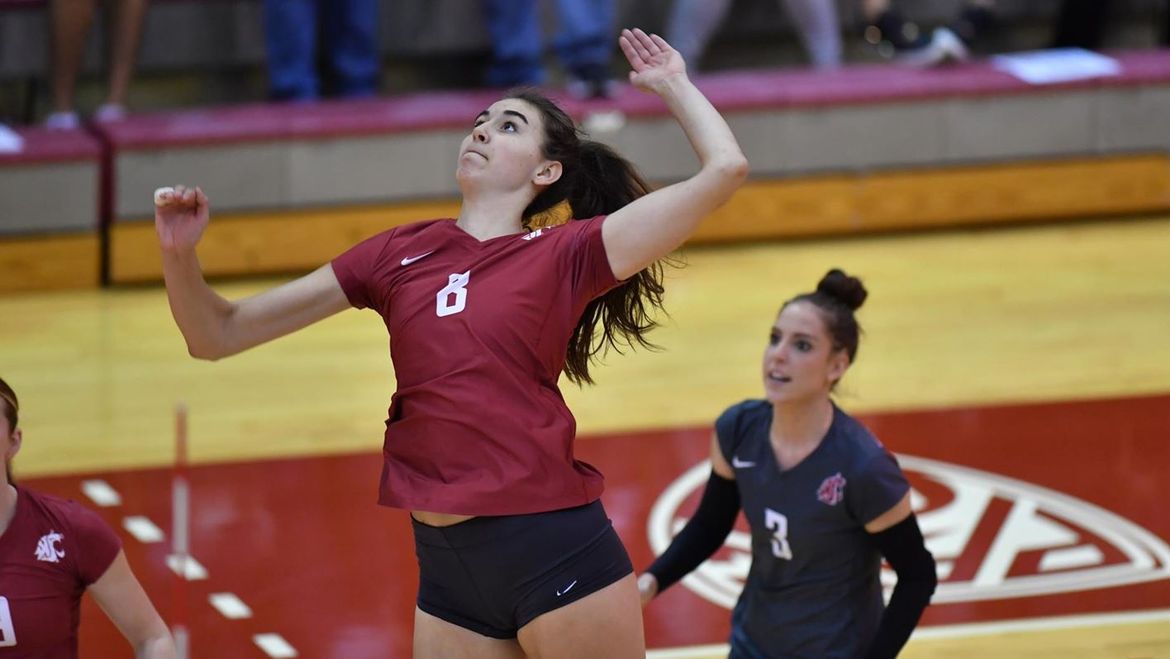 WSU: The Cougars’ Katy Ryan has been chosen to attend the U.S. U21 volleyball team’s training camp. That and more is contained within the S-R’s latest local briefs column. … We linked Jon Wilner’s thoughts on next football season’s win totals yesterday. But it ran in the S-R today. … Elsewhere in the Pac-12, Wilner has updates on money matters and recruiting from around the conference. … The offensive line at Oregon should be about as good as any in the conference. … A few Oregon State football players have a unique NIL deal. They formed a lawn-care company. … In basketball news, Arizona’s Dalen Terry faces a big decision. … The Wildcats will face Indiana Dec. 10 in Las Vegas. … It sure looks like Colorado will have a new point guard next season. … The baseball tournament begins today with fifth-seed Arizona facing fourth-seeded Oregon. No. 8 Arizona State and top-seed Stanford are next, followed by second-seeded (and co-favorite) Oregon State and No. 7 Washington. Third-seeded UCLA finishes up against No. 6 California. … The NCAA women’s golf championship will stay in the Pac-12. Top-ranked Stanford faces Oregon today in Scottsdale with the title on the line. … The Pac-12 has more teams in the softball Super Regionals than any conference.

Gonzaga: Nine Bulldogs earned All-WCC baseball honors, tying a program record. … Around the WCC, the Zags may play the winner of the BYU/LMU game in the baseball tournament. 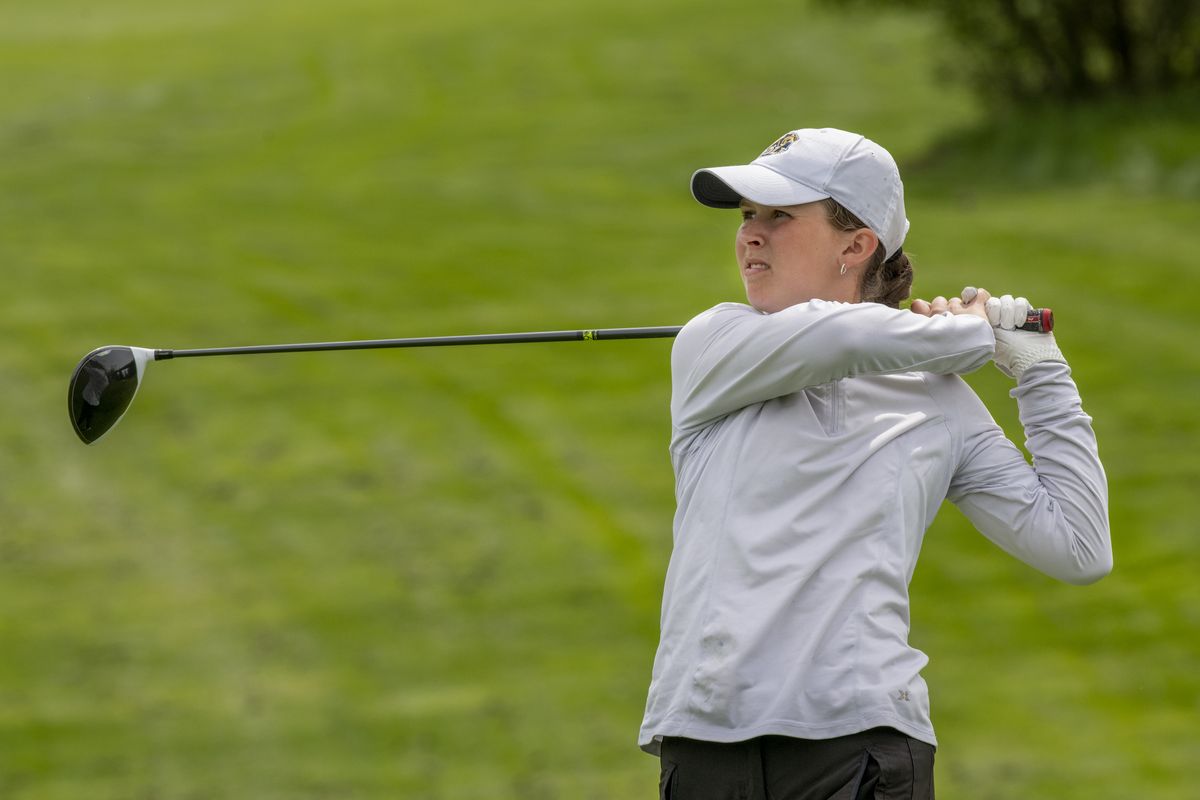 Preps: Washington’s State golf tournaments began yesterday and Jim Meehan has you covered. Mead’s Taylor Mularski leads the 3A girls tournament. … The downtown stadium is dealing with a problem we all are right now: inflation. Oh, and supply-chain issues. Jim Allen explains how those issues will play out over the next year of construction.

Indians: Last week was a good one for Spokane. Tuesday’s 9-3 win over visiting Everett kept the momentum going for the first-place Indians. Dave Nichols has more in this story. 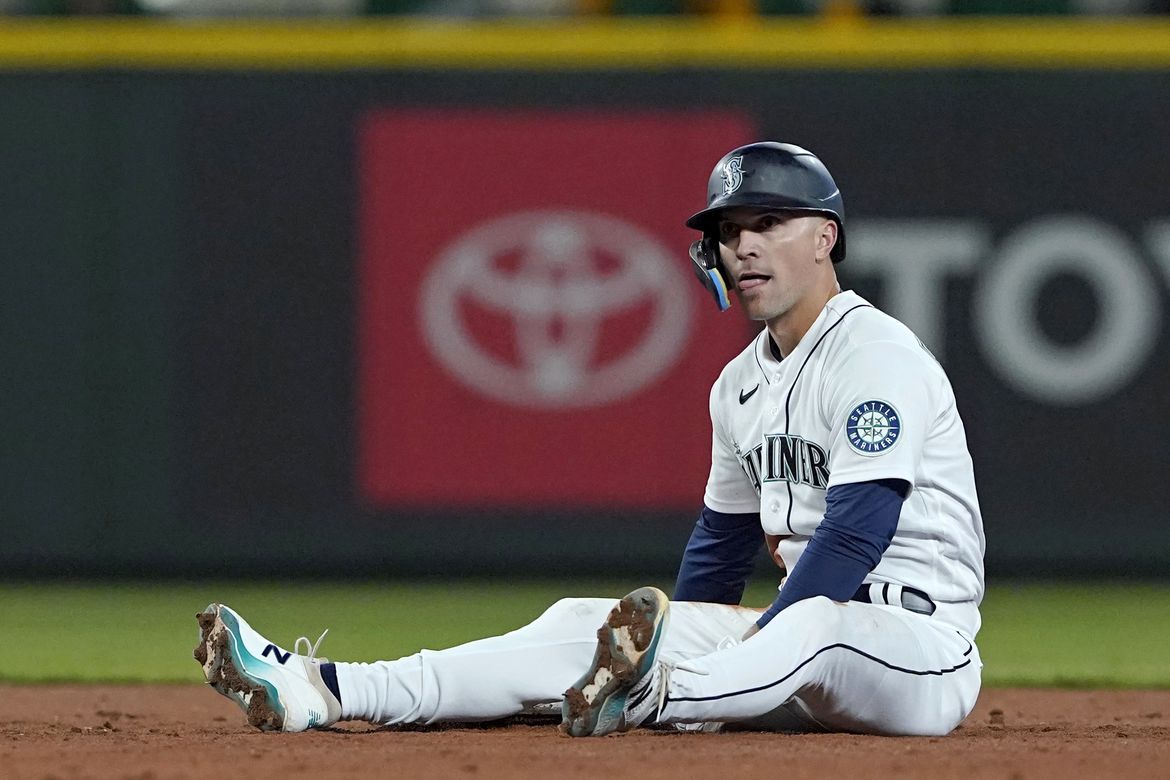 Mariners: The M’s had a 13-game winning streak over the A’s on the line last night. Unlucky for Seattle, lucky for Oakland. The A’s rallied thanks in large part to an outfield gaffe and earned a 7-5 win. … Kyle Lewis was back in the lineup at DH and got a couple hits. If there was anything from the game last night that was encouraging, that was it. … Finally, we are having fun with the M’s problems. But they are serious enough to have Larry Stone questioning his preseason declaration they will make the postseason. 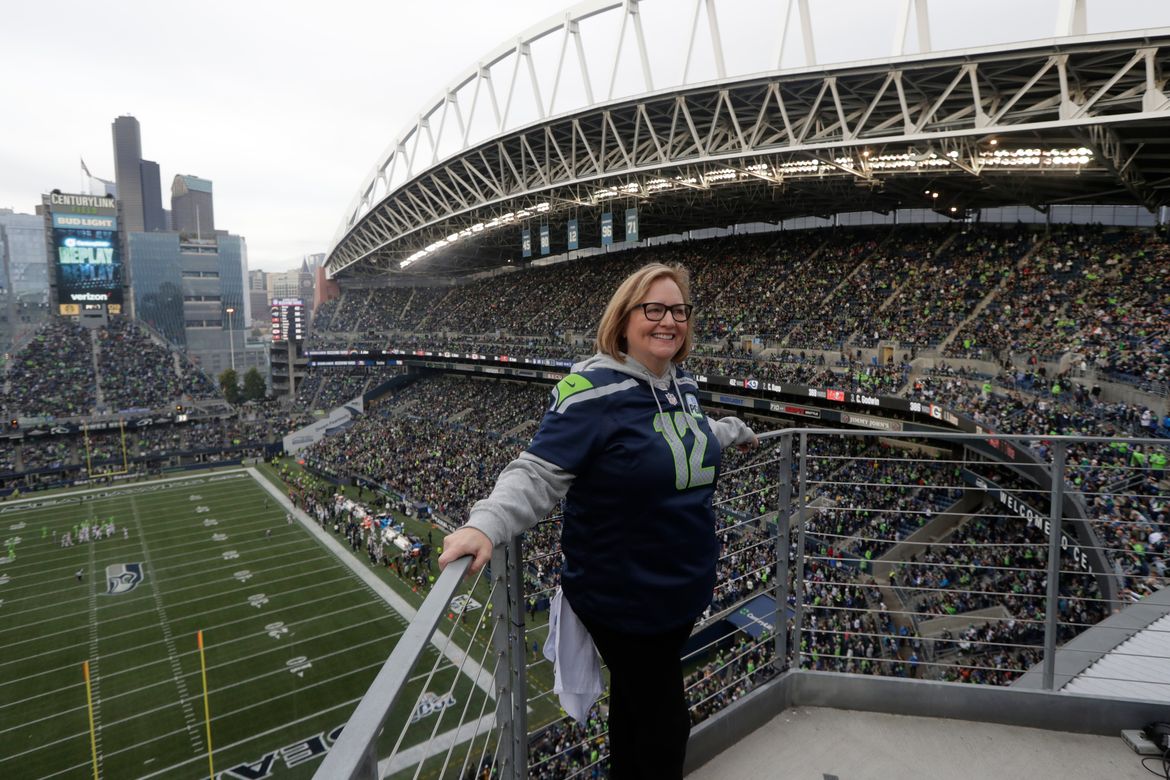 Seahawks: A couple months ago former Oregonian columnist John Canzano broke the news the Hawks (and all of Paul Allen’s former holdings) were part of a trust. And they would have to be sold eventually. Though we linked his story, it seems to have escaped notice elsewhere. Now Canzano has another piece on Allen’s wishes for his estate. This time, there is a reaction in Seattle. … The defense has a new play caller. Yes, after so many years of Bobby Wagner, a new voice had to be found. 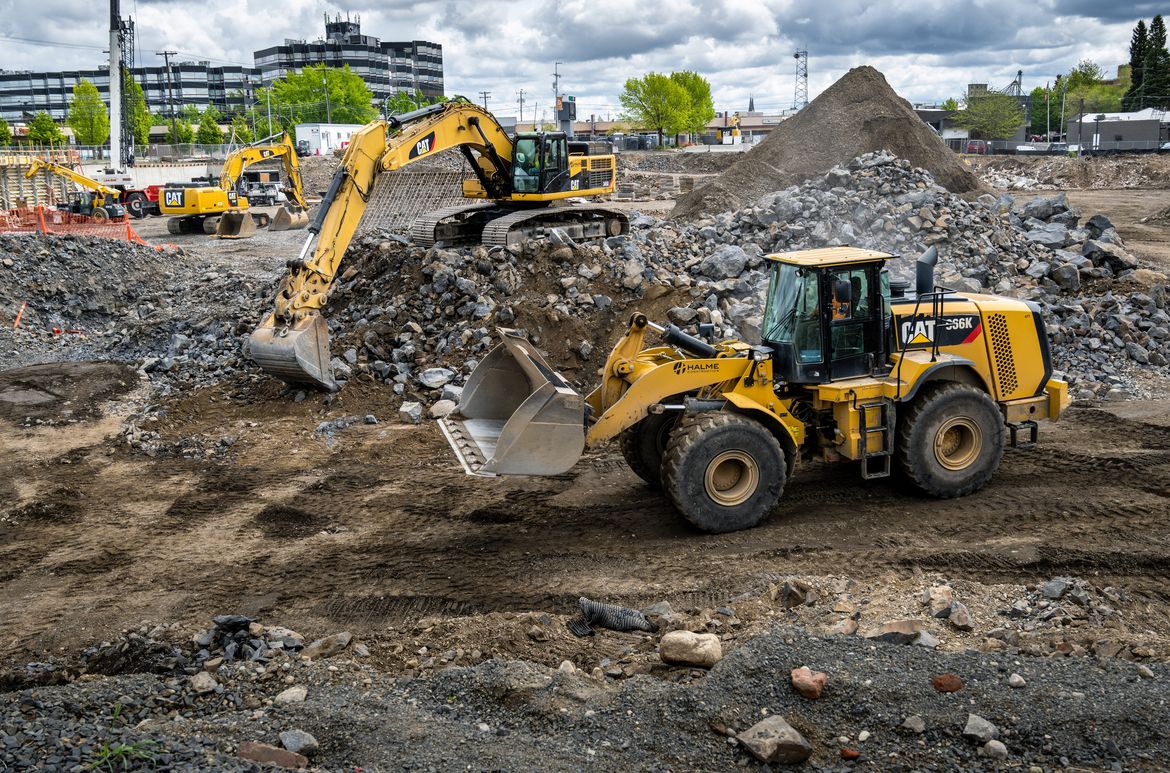 • Our dad had a saying about any job he was faced with: If you are going to do it, do it right. We believe it came from his time in the Navy during World War II, when if you didn’t do something right – at one point he traveled the South Pacific repairing certain weapons he was an expert in – people could die. Anyhow, he carried that philosophy throughout his life in everything he did. My point? His philosophy should still be in play. If we are going to build a downtown stadium and inflation is making costs rise, than figure out how to pay the increased costs. Don’t cut corners. Do it right. Joe Albi was in use for more than 50 years. This one should be as well. Do it right. Until later …