A GRIP ON SPORTS • A holiday weekend awaits. One that makes us sad and happy at the same time. The American experience in three days.

• Happy because Memorial Day weekend always kicks off summer, especially in the sports world. From the Brickyard to the brick dust of baseball and softball fields throughout the country, summer begins to roll over us in the cheeriest of ways. 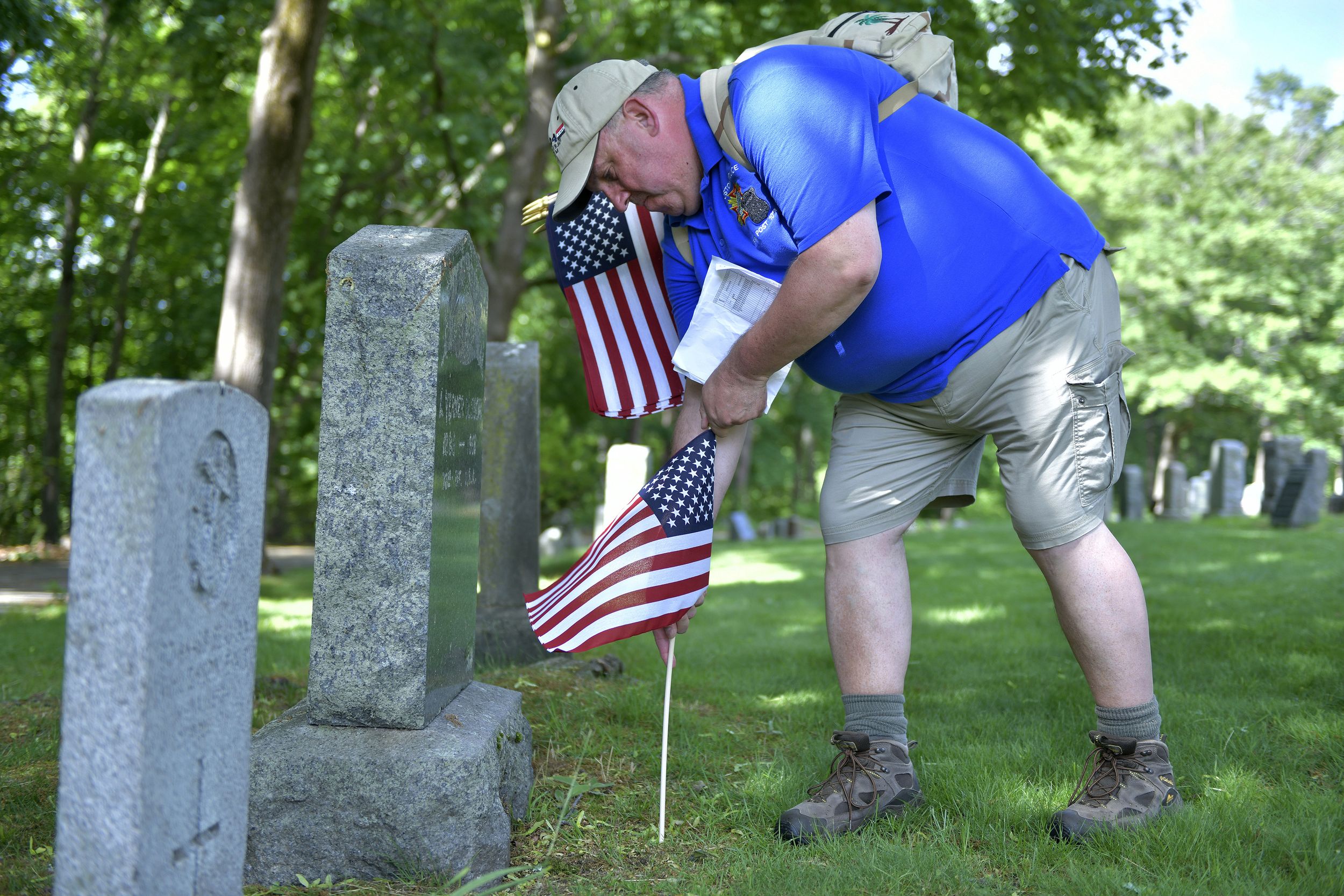 But sad too, as Monday honors those who gave, as Lincoln so eloquently described it, their last full measure so that we could live the life we live. Cemeteries from Fairbanks, Alaska to Miami, from Bangor, Maine to San Diego and everywhere in-between will be dotted with small American flags blowing in the late May wind.

The dichotomy will play out in our living rooms, as we sit and watch the Indy 500 or the NCAA softball tournament or the Mariners or hockey or basketball or whatever. And look forward to the warm days of June, July and August.

Life is always full of such duality, isn’t it? Why shouldn’t sports be part of it?

Elmer Gedeon received what was called then a “cup of coffee” with the Washington Senators in 1939. Harry O’Neill had the same with the Philadelphia Athletics that September. And that was the sum of their major league time.

Neither made it back from World War II, with O’Neill, a Marine, catching a sniper’s bullet on Iwo Jima and Gedeon, a bomber pilot, being shot down over France in 1944. Both were 27 years old.

Remember them, and the more that 500 of their major-league brethren who served during that war, when you watch the M’s or any other baseball this weekend. Heck, remember everyone who sacrificed their lives on the altar of freedom as you go about whatever it is you have planned.

• Late May is an amazing time in sports, no matter the level. In Washington, high school athletes are finishing their season with State tournaments this weekend. And then transitioning into summer games in whatever sport they play during the year. 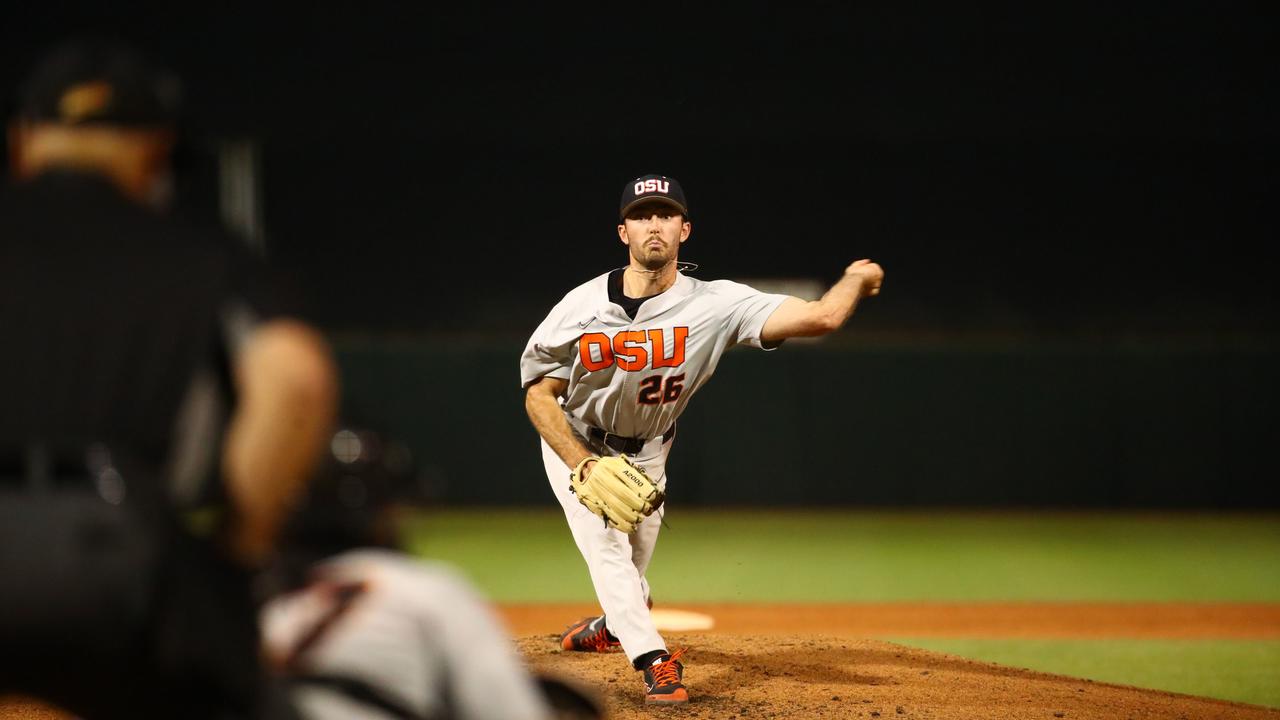 Spring sports at the college level are winding down as well, with the Pac-12 joining the 21st Century this year, holding a postseason baseball tournament in the Phoenix area. Meanwhile, Gonzaga, with its best team in years, vies for the opportunity to host an NCAA regional next weekend as it competes in the WCC’s postseason tourney.

The professional ranks? Well, hockey is doing its thing on a near-nightly basis. The craziness of the Stanley Cup playoffs showed again Thursday night, with a goal explosion midway through Edmonton’s overtime win at Calgary. The game was highlighted (lowlighted?) by a video review that took away Calgary’s possible game winner due to a controversial kicked-puck call.

And the NBA is not to be denied, what with the Warriors, once again at full strength – in other words, WSU grad Klay Thompson is healthy – and once again in the finals. 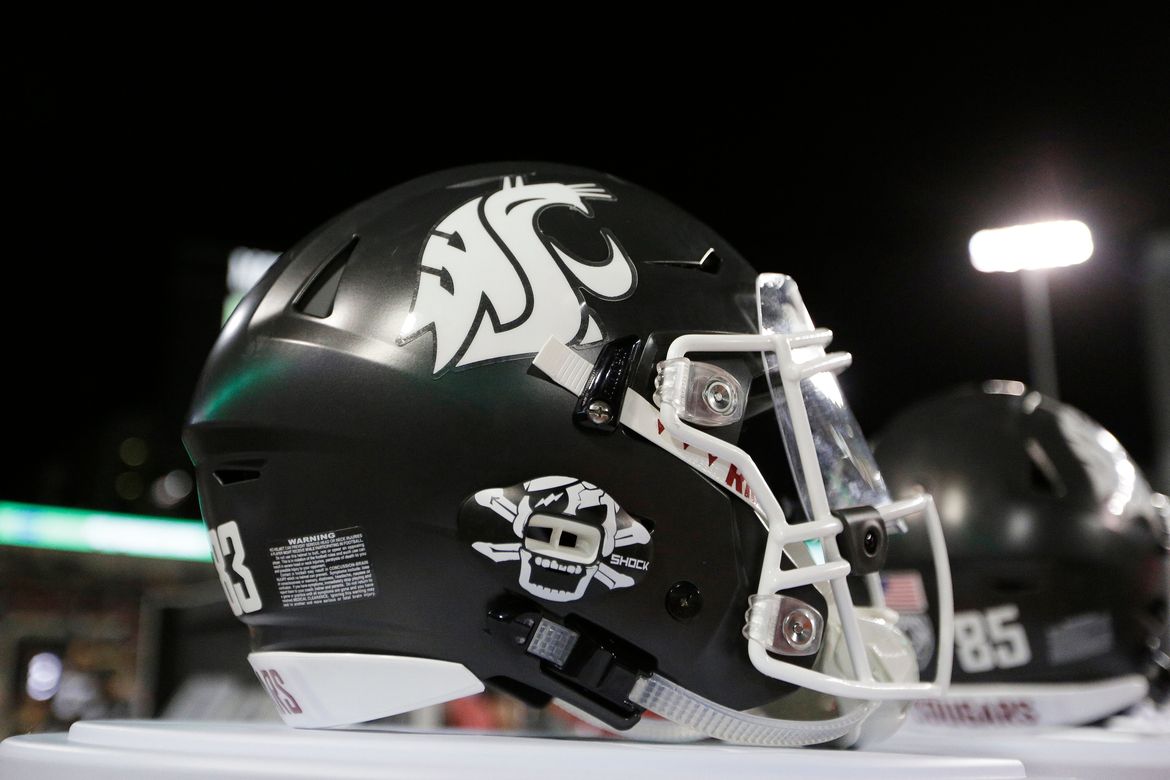 WSU: We know a bit more concerning the Cougars’ fall football schedule this morning. The Pac-12 yesterday made an announcement concerning start times in early season games. Colton Clark has this story explaining how that impacts Washington State. … Elsewhere in the Pac-12 and college sports, the Phoenix area is becoming more and more popular with the NCAA and the conference when it comes to postseason events. … At the baseball tournament, UCLA eliminated Washington and Arizona State did the same to Oregon, dimming the Ducks’ chances of hosting a regional. Stanford and Oregon State are the only two undefeated schools remaining and have the day off, with California and Arizona dropping into today’s losers’ bracket. … Oregon State and Stanford meet in an NCAA softball Super Regional, meaning the conference has at least one World Series team. The UCLA Bruins, Arizona State and Arizona will try to join the party in Oklahoma City. … Back to football, we can pass along stories from Colorado, Oregon, another one from the Ducks, Oregon State, Utah and Arizona. … Finally, this story about Title IX numbers is interesting but there doesn’t seem to be a problem with compliance based off of them. 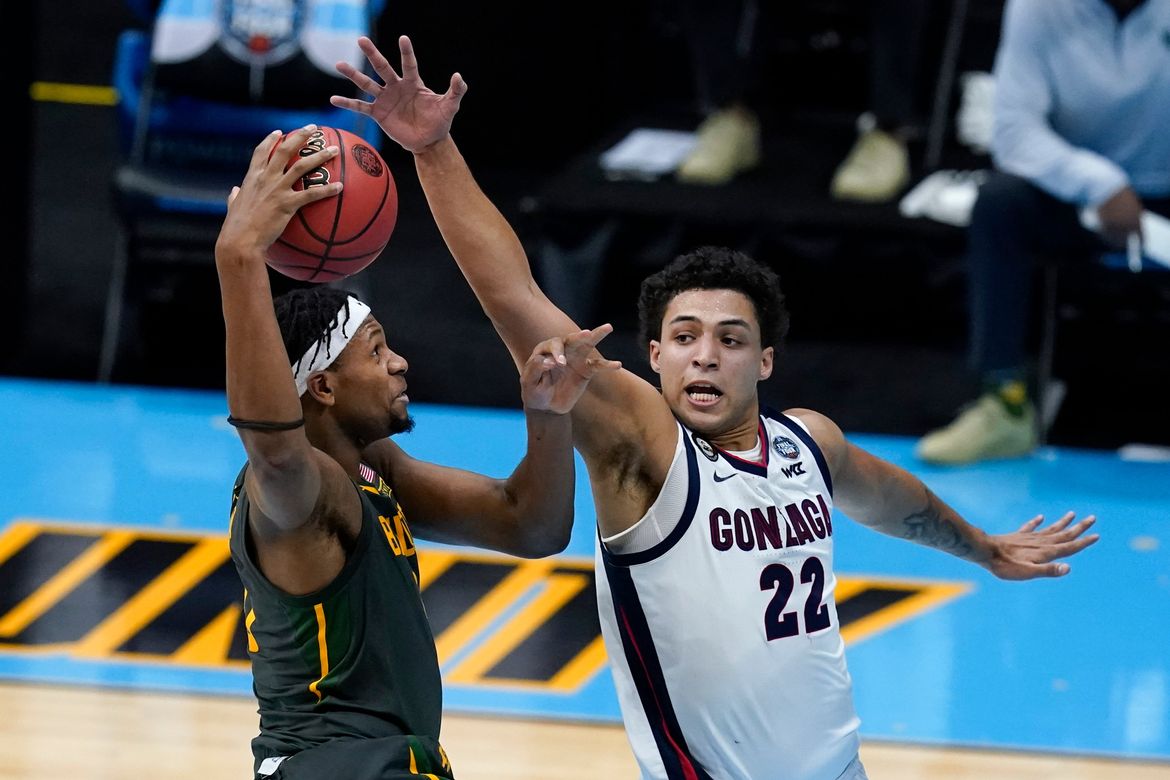 Gonzaga: Before we get to the sport being contested this weekend in Stockton, Calif., we want to draw your attention to this Theo Lawson story concerning next season’s basketball schedule. The Zags will be meeting Baylor in a neutral site game in either November or December. What warm-weather city will host? San Diego? Miami? Honolulu? Nope. Sioux Falls, South Dakota. Really? … The power was on for the Bulldogs in their WCC tournament baseball opener vs. Loyola Marymount. They won 16-2. They will play San Diego today, with the winner needing just one more win for the tourney title. The loser has to play again tonight. … Around the WCC, we can pass along another story on a key BYU basketball recruit. … Jalen Williams announced yesterday he is not returning to Santa Clara.

Idaho: Matt Linehan’s career path in college football coaching is mirroring, thus far, his father’s journey. The former UI quarterback is on the Vandals’ staff. … Around the Big Sky, Portland State basketball star Freeman Williams may never have received his due in his home state. 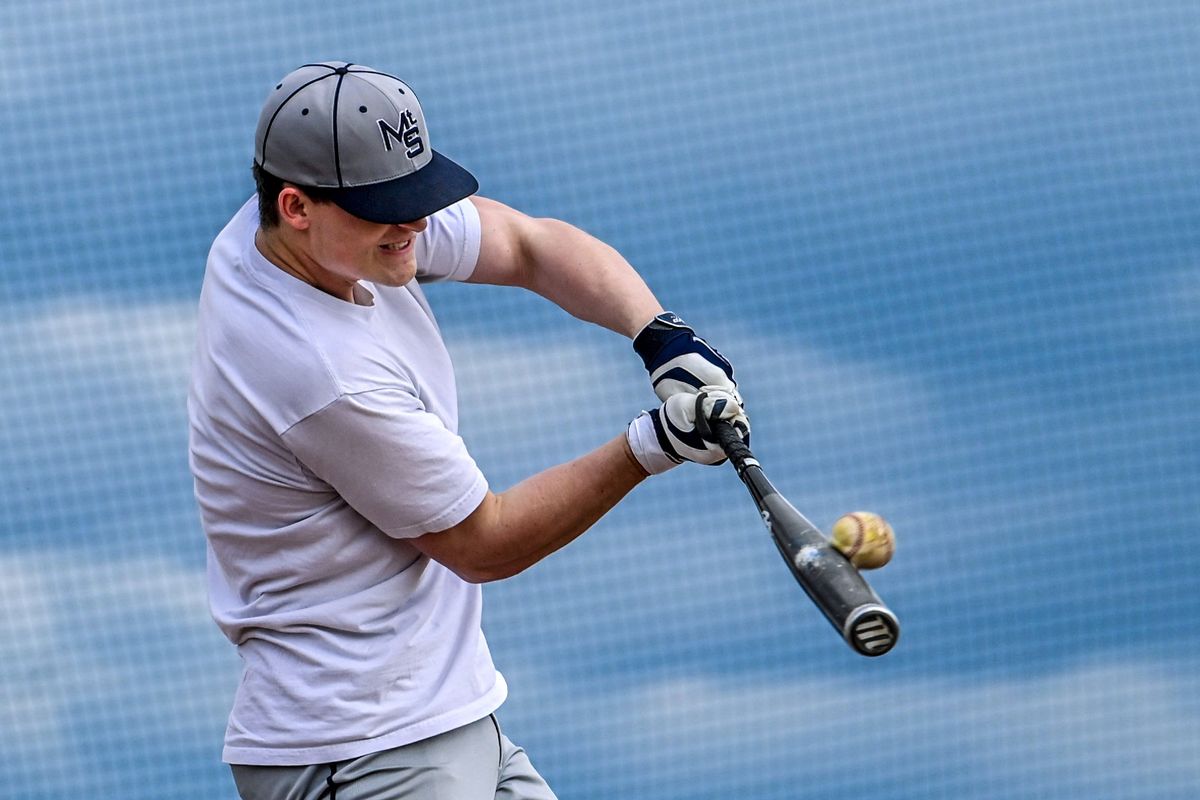 Preps: The last Greater Spokane League team to win the large-school state title? That would be no one. Mt. Spokane tries again this weekend as they head to the 3A Final Four. Dave Nichols has this preview. … State track meets are underway. Keenan Gray has the coverage of the 4A/3A/2A meet in Tacoma and we have this roundup of Thursday’s action in the 1A/2B/1B meet at Eastern Washington.

Indians: Everett’s pitching was too much for Spokane, as the AquaSox earned a 4-0 win at Avista. Dave has that story as well. 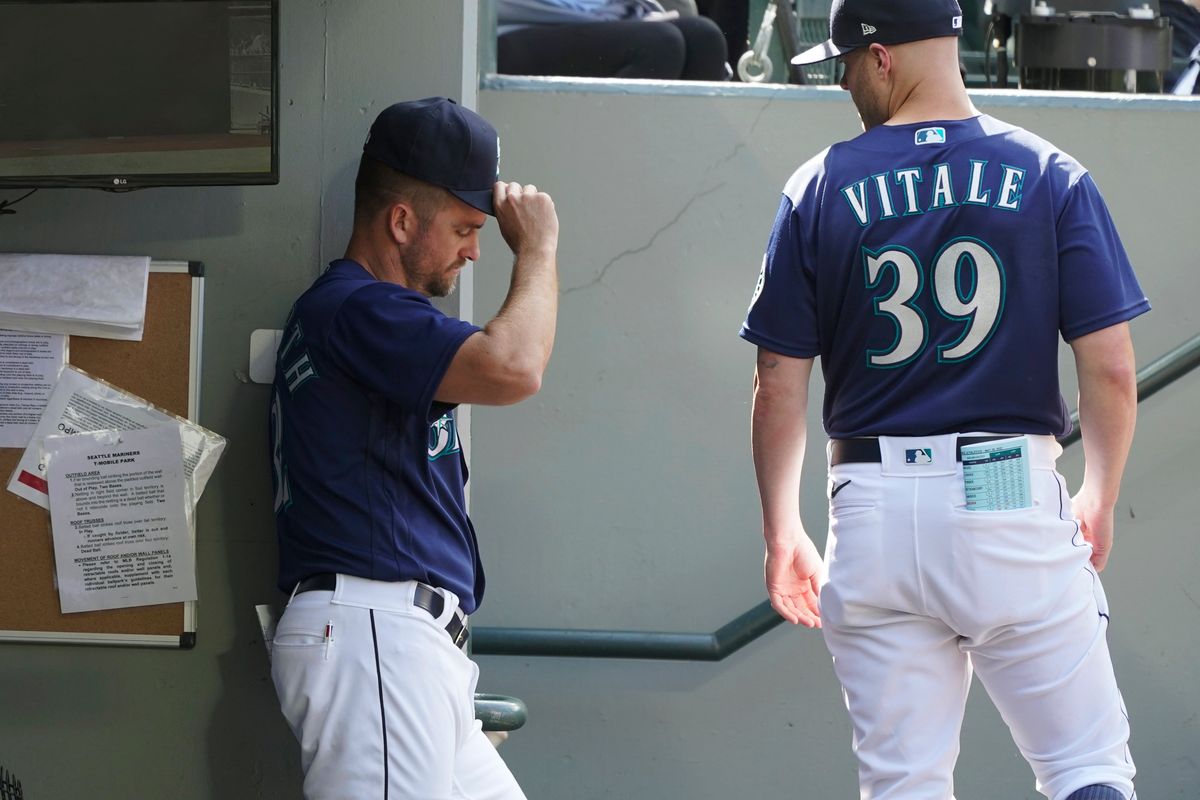 Mariners: The M’s are scuffling. Everyone knows that. But what the heck happened? Especially to the bullpen.

Seahawks: There are new roster rules for the new season. They will impact the Hawks.

Storm: Breanna Stewart contemplated signing with New York in the offseason. Will she actually do it in the future?

• Memorial Day weekends in Spokane are rarely hot and dry. It won’t be this year either. Yesterday was special, today will be so-so. Tomorrow OK and cool and wet on Sunday. Monday will be fine. It’s a weather rollercoaster we are on these days. Sort of like the stock market. Until later …