A GRIP ON SPORTS • Memorial Day is, at its essence, a day that should be spent looking back. And giving thanks. But because of where it is situated on the calendar, we also use it as a day to look forward. And giving thanks for what’s ahead as well.

• My father returned from his long stint in World War II. If he hadn’t, we wouldn’t be sitting here typing away some 75 years later. But many people he knew, some of who were childhood friends, did not. They gave their lives in service to everyone else that has ever followed. Of those who did not return, my father rarely spoke. And it wasn’t until we started comparing notes with friends whose fathers also served did we discover that wasn’t unusual. Many who saw war’s horrors up close didn’t want to share. They tucked it away deep within their hearts and minds, only letting it peak out, we’re guessing, in the early morning hours when sleep becomes impossible and our mortality walks through the door unbidden.

It took my father more than 50 years to tell me the facts about the death of the man – if it is OK to use that term for a person not even 25 yet – he admired most. How it occurred on my father’s 18th birthday. How he felt responsible – and had for years. How, at times, he still could see Lt. Cunningham’s face in those dark hours.

Haunted isn’t the right word. My father had come to understand the reality of the situation. Death and war are synonymous. The latter doesn’t occur without the former. Whatever mistakes happened that 1943 day in a South Pacific lagoon were not his fault. But my father hadn’t told anyone the truth since and he wanted his son to know.

It was the closest moment of our lives. His secret had become our secret. And was no longer a secret. It was reality. Our reality. The reality of what happens when young people are asked to carry the burdens of their nation into far-flung places, serving as a shield against tyranny. Serving as the spear for their nation’s hopes and fears. Just plain serving their most precious possession, their lives, for the rest of us. 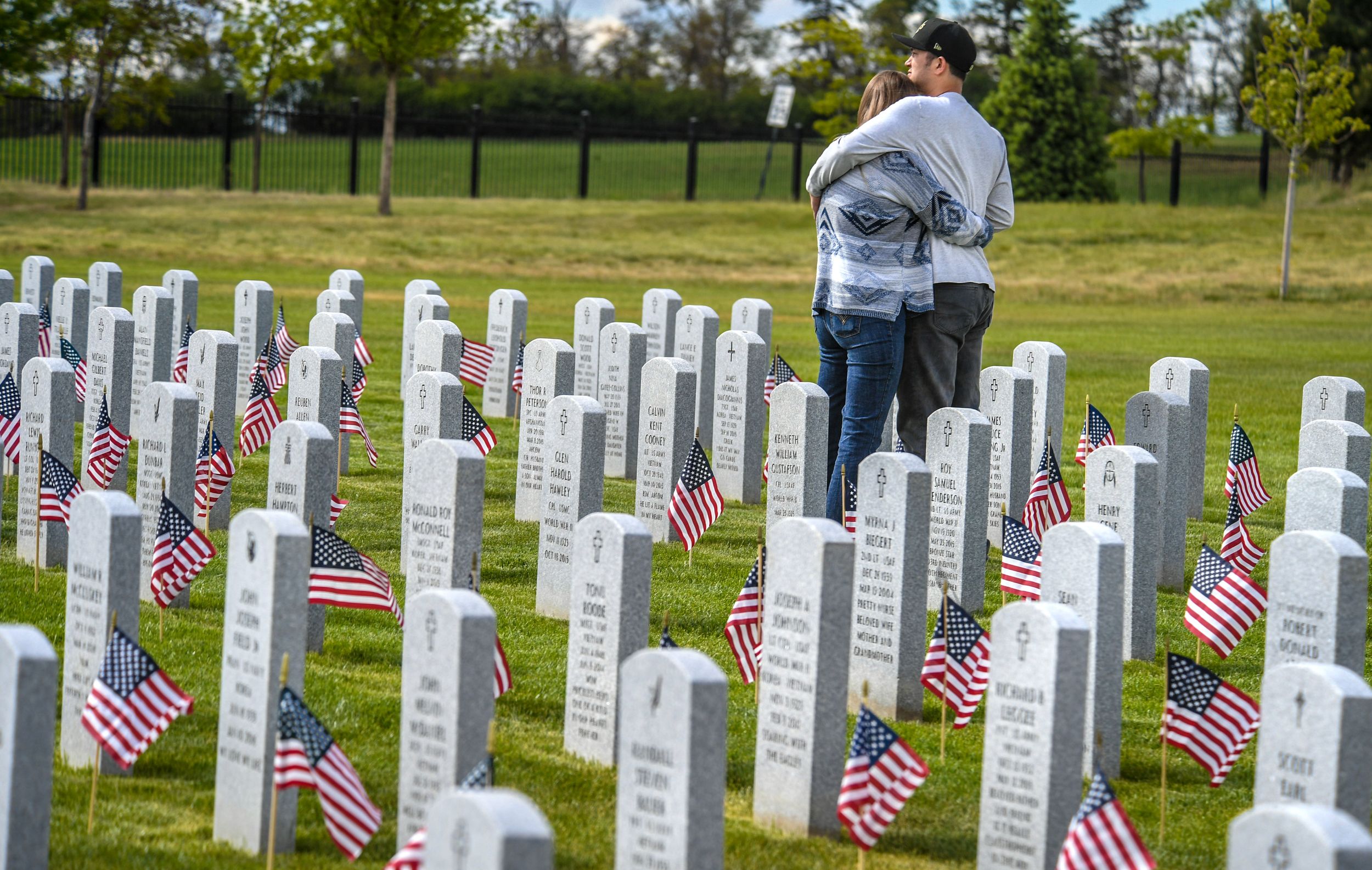 My father carried a burden for decades. It was his personal memorial to another young man he admired for the rest of his life. There was no folded flag, no ceremony, no headstone. There was just a memory, tightly held, deep in my father’s mind. Now it lives in mine.

Those collective memories, millions and millions of them, are what Memorial Day is all about.

Not parades. Not little flags blowing in the breeze. Not speeches and dinners. Memories. The memories of those who lost the chance to create more of their own.

• Not sure there is a way to transition from our thoughts on the day to sports, but we must. 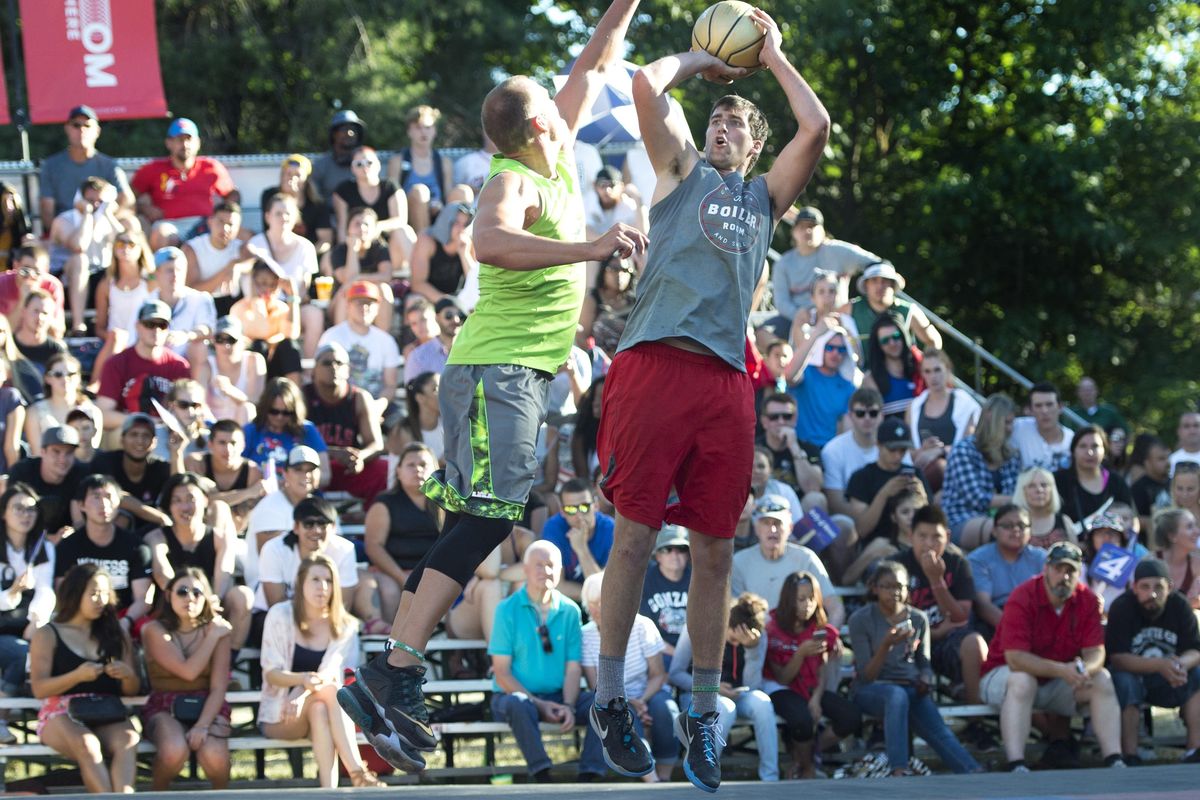 August? Even warmer nights. Even more baseball. Golf by the lake. Football practice. Fall just around the corner.

What do you look forward to the most? We have found over the years the soothing tones of a baseball game wafting over the radio on a summer’s night give us more happiness than just about anything. The yard has been mowed. The weeds plucked. We settle on the deck, under the shade of the maple my father planted years ago, and grabbing glass of ice. Fill it with water or Diet Pepsi or lemonade and sit. Turn the game up. Listen to the crowd. The cracks of the bat. The chatter.

And reflect on games gone by. Sandy Koufax on the mound at Dodger Stadium, minutes away from perfection. Steve Garvey driving a ball into the left-centerfield gap. Lenny Randle trying to blow a ball foul. Ken Griffey Jr. running down a sure home run and bringing it back to the dugout inside his glove. Ichiro hitting a routine ground ball to second and outrunning the throw. Felix Hernandez pulling the string.

Memories. Good memories. More to come. Maybe even this summer. 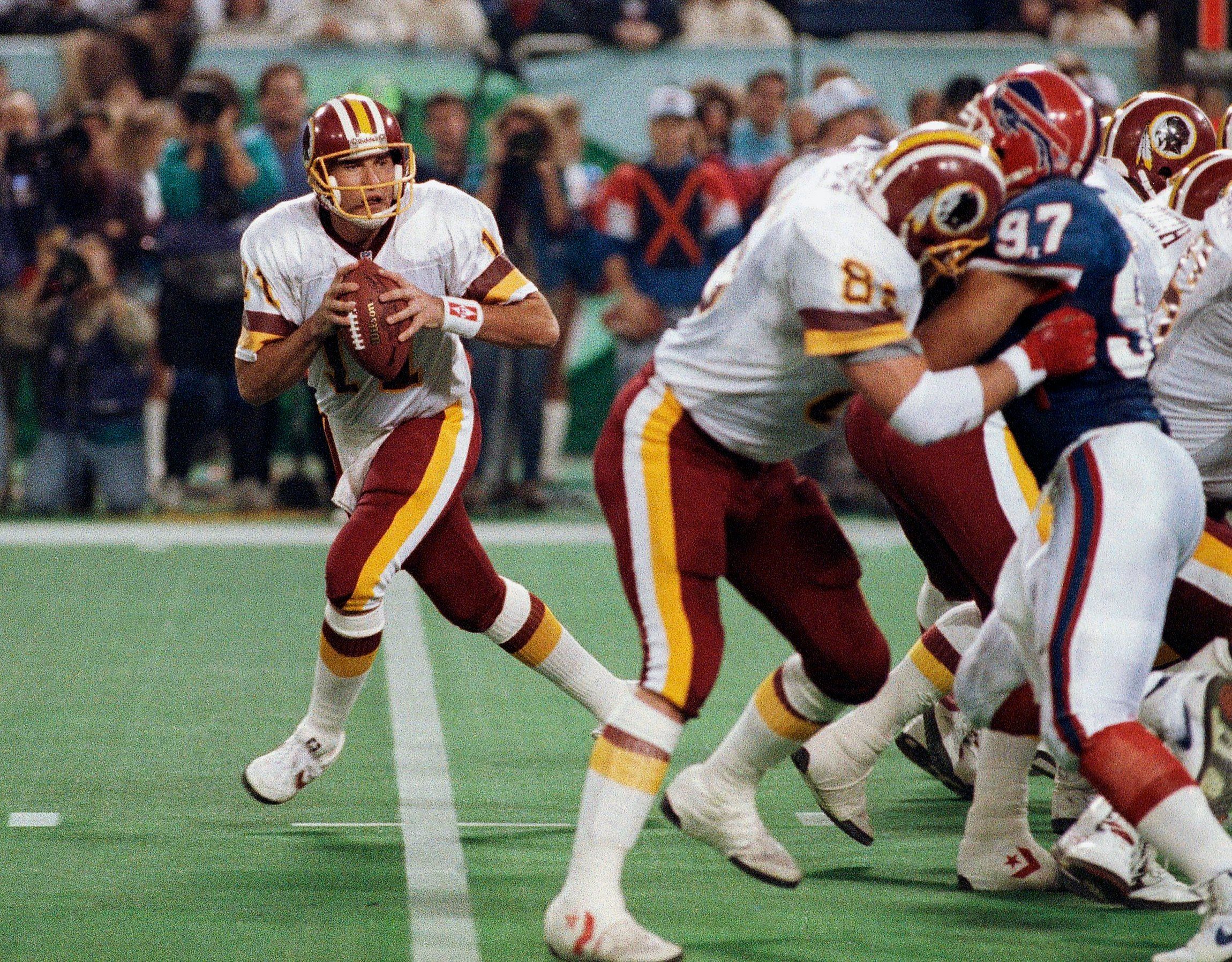 WSU: There is sad news on the Cougar front this morning. Former quarterback Mark Rypien is dealing with legal issues concerning alleged domestic violence. Kip Hill has the story. … Elsewhere in the Pac-12 and college sports, Stanford held off Oregon State to win the inaugural Pac-12 baseball tournament title. Both teams went into the game knowing they would host an NCAA regional next weekend. … UCLA, Oregon and Arizona should get at-large berths as well. … The conference had five teams in the NCAA softball Super Regionals. Two played each other and Oregon State won. There was a chance half of the World Series field would be from the Pac-12. UCLA and Arizona did their part. But Arizona State couldn’t get it done last night at home against Northwestern.

Gonzaga: The Bulldogs will not be hosting one of the 16 NCAA regionals. Actually, only two West Coast schools will be, Oregon State and Stanford. When the field is announced at 9 this morning, expect the Zags to end up in Corvallis. … Around the WCC, two unexpected players should be helping BYU next season. 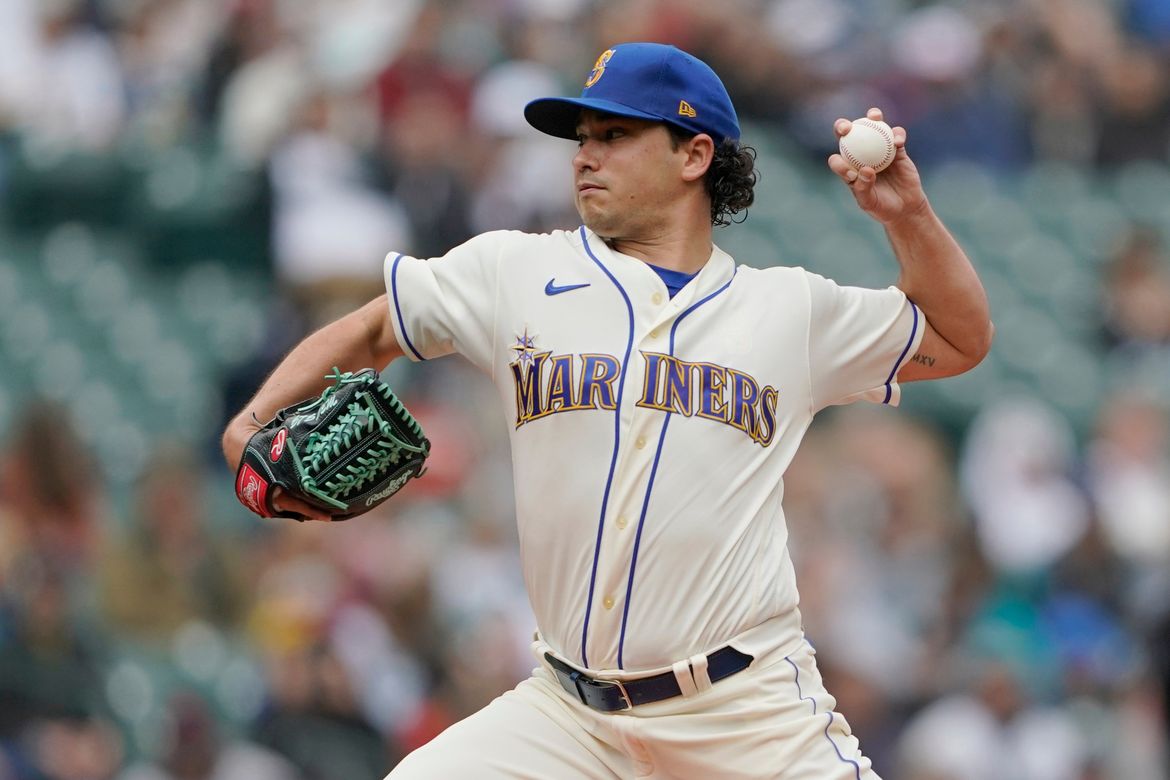 Indians: Everett cooled Spokane down a bit over the weekend, winning the final two games of the six-game series. Sunday, the AquaSox earned a 10-5 victory. Dave Nichols was at Avista and has this story.

Mariners: The M’s had a chance for a three-game sweep of Houston, especially considering how well Marco Gonzales pitched. But the offense took a day off and the Astros won 2-1. … Kyle Lewis had to take the day off as well. … Julio Rodriguez is still hot.

Storm: Briann January had her most productive day in a Seattle uniform, leading the Storm to a 92-61 victory over New York. 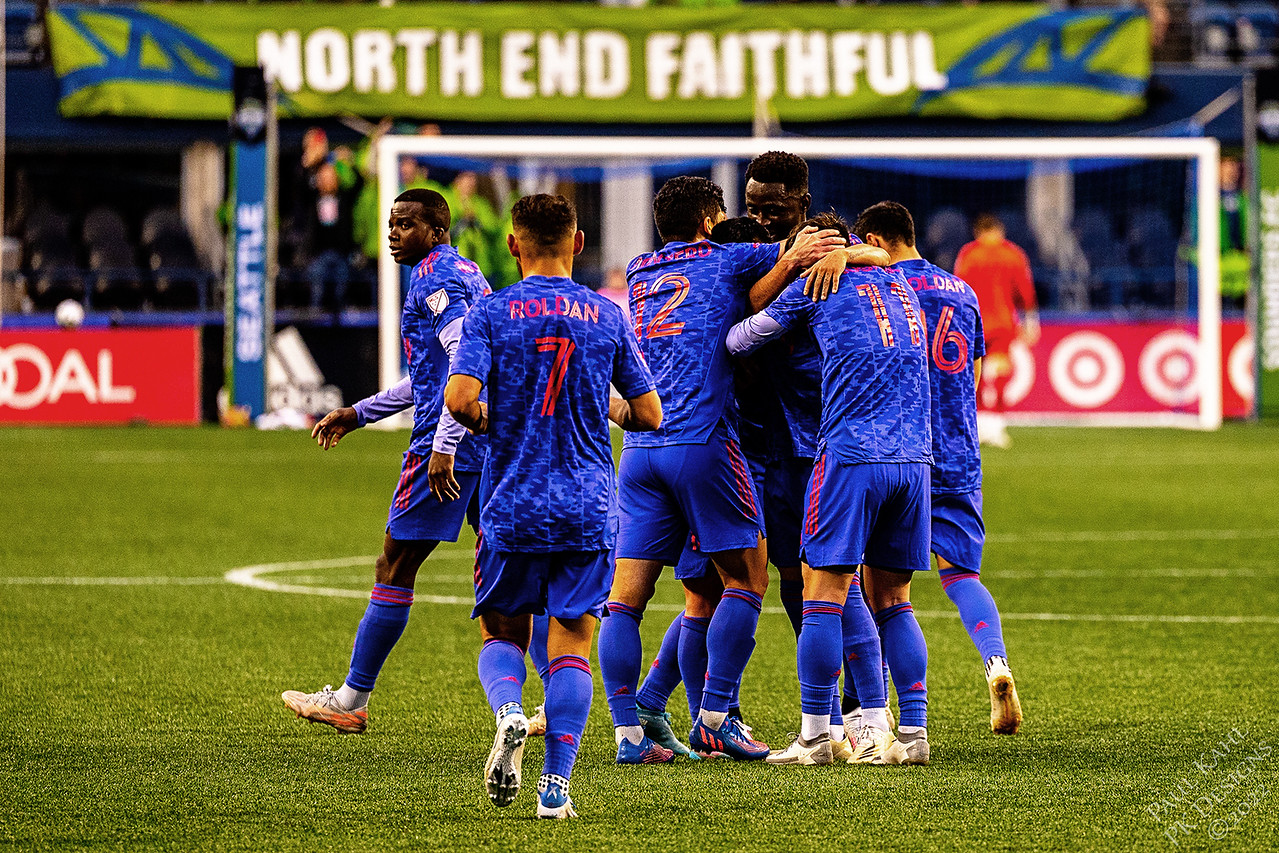 Sounders: Some frustrating early missed chances had Seattle shaking its head. Then Jordan Morris and Raul Ruidiaz cashed in late and the Sounders earned a 2-1 win over visiting Charlotte.

Auto racing: We mentioned in this space a couple days ago we wouldn’t bet against a Chip Ganassi car winning in Indianapolis once again. And we were right. Marcus Ericsson picked up the win. … Denny Hamlin won a wild Coca-Cola 600.

• A few days each year we interject personal notes into this column. OK, pretty much a majority of the time. But on a holiday like this one, we are sure to jump in with two feet. Wait until Father’s Day. Until later …